Sometimes Life Comes Up With A Better Idea

I found the title of this post written on a slip of paper inside a second hand book that I bought and uncovered it when I was about two thirds of the way through. I love finding things in books but this one really struck me!
Photo printer has arrived and as soon as I've finished here, I'm going to test it out. Which could take some time as it means installing software and owning cables that it's possible I do not own. Wish me luck!
I'm not really a hallowe'en fan so instead here is a Guy Fawkes night LO: 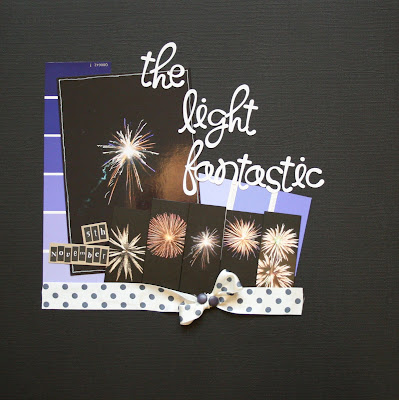 Hoping to head to the Ally Pally fireworks this year and mightily looking forward to it. Bonfire night is always so festive and delicious!
On a final note, totally in love with Mr Knightley and the BBC production of Emma that has been gracing Sunday night telly. Such a lovely production, terrific cast and, finally, an attractive Mr Knightley in the form of Jonny Lee Miller. Find this to be an improvement on the Kate Beckinsdale version. As I lack iPlayer capabilities (the internet isn't good enough) I can;t watch the thing again but I'm this close to ordering it (I'm holding up my fingers to demonstrate how close) from Amazon. Let's see how much money I have left at the end of the week...
Right, printer time, and then off to Oxford!
Posted by Miss Smith at 08:15 2 comments:

Half Term and all's well.

Quick LO of the family here: 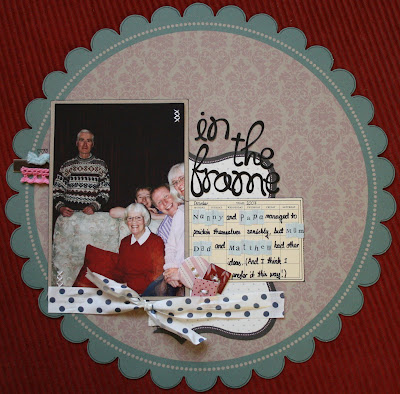 I can't believe a whole half term is behind me. In some ways it's been a long process with new job, move to London, new everything really. A lot to learn and a lot to take in. But it's also been fantastic and absolutely flown by. I love my job! Also LondonBaby.
Half term to do:
I haven't been to the cinema in ages and I love the glamour of going to see something on the big screen, the drama of sharing the experience with loads of strangers. Can't wait!
And now: To Yorkshire!
Posted by Miss Smith at 22:01 No comments:

Feeling a bit gross today - I've been very tired all day and when I got home, I just climbed into bed. Also, I cannot get warm and I'm working with serious layers and blankets here.
Fortunately, laptop warm. Ugh, too tired to pronoun. May have to cancel weekend plans. Annoyances. On plus side, extra scrapping time. Plus side actually pretty good. Also, copious junk food, because clearly a necessary cure.
Did indeed snap photos of LOs. Find it hard to avoid reflections in shiny sections on page.
Caves under Krakow - retelling of dragon legend with mock poses and imitation dragon noises. Also, my powers of persuasion when it comes to staged grouped portraits astonish me sometimes!
Charlie's Angels inspired. Funtimes with camera on Polish mountainside!
Posted by Miss Smith at 22:05 No comments: 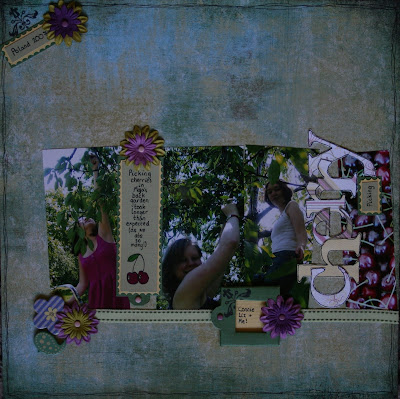 This is one of those LOs that I made over a year ago but that I still like. As my style changes over time, I start to despair of some of my earlier ones. And my favourite LOs change all the time. I need to stop being lazy and upload the pictures of my new layouts.
In other news my October ScrapaGoGo kit arrived today! It's an extra good one so I'm going to save it for half term and then plunder its goodies! Speaking of ScrapaGoGo, I'm really tempted to sign up for one of their weekend retreats. Maybe Christmas present? I don't know ANYONE who scraps and I'd love to meet other people that do. My current friends don't really get it... But as long as they're willing to be in the pictures, who's complaining!
And lastly, speaking of printers, I've now saved enough to buy a photo printer! That's something else I can cross off my list.
New list reads something like this:
*Having read half of this, I have also read Powder and Patch, Regency Buck, Sprig Muslin, Cotillion (all Georgette Heyer) and a Saddle Club book because, well, nostalgia.
Posted by Miss Smith at 20:02 No comments:

Today, I have marked over 50 exercise books and 25 test papers. And all before half five. Feeling good! I also made Hot Chocolate Orange, which I think may be slung casually onto the "Success!!!!" pile. Autumnal yummies!
So, layout: 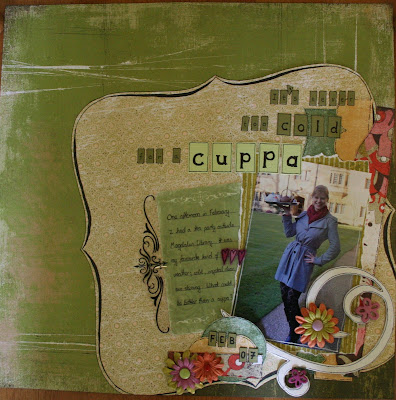 Despite what the weather may be trying to demonstrate, It's Never Too Cold for a Cuppa. Outside in picnic form.
In other news, my accessories are proving a (somewhat bizarre) hit with the kids at school. They often ask after my earrings and note the ribbon I have as my watch strap. Clearly I'll have to start taking lip gloss samples to lessons. Then everyone can share the fun.
Posted by Miss Smith at 20:54 No comments:

A Rendez-vous with Regency

I am living in a slightly hazy world of Regency Romance today thanks to Georgette Heyer. Lately I am addicted to her completely predictable, utterly ridiculous, wonderfully satisfying novels. Bring it! Now all I need to find is a decent second hand book shop.
Going coffee shop hunting tomorrow. I have to do shedloads of reading for my Masters, none of which tickles my curiousity, and to battle the banal, I am going to set up in a coffee shop, read and take notes until it palls unbearably and then up sticks and move to the next place on my list. By the end of the day, I hope to have found a new favourite spend-all-day coffee shop (after all, I need one in LondonBaby) and have accomplished my masters reading.
Then, once the weather becomes completely wintry, I can while away copious hours watching Christmas start to happen, imagining out stories about the people around me, and devouring further Regency Romances.
Apart from that I really want to move into my flat! I would love to have a table to scrap on. I'm currently patronising my bed, which, although great for sleeping, is unforgiving when it comes to craft. Over half term, a trip Ikea will be more than in order and then I can pick out some furniture. Including a scrapping table. Which I can occasionally clear off to serve dinner on. But only necessary for company really.
Still love scrapping the New York Photos, can't get enough of them. Although, next time I make the journey, I shall take a compact camera as well as my dSLR so that I can take lots of cheesy shots. My first batch of NYC photos are almost overwhelmingly sensible. Like these pictures of the, admittedly beautiful, New York Public Library. We took the free tour and it was well worth it. The steps outside are also a fabulous place to people watch. LO supplies from a Scrapagogo kit (totally loving the Knave of Hearts range by Collage Press).
Posted by Miss Smith at 22:44 No comments:

Slightly strange week on the travel side of things. First, I have been hailed not once, but twice by people I don't know and offered a lift. The first was a chap who lives 2 doors down. Didn't accept but found the whole thing a little weird. Then on my way home from school, one of the teachers who I've never spoken to pulled up, called me Irene and offered me a lift home. As I have no idea who Irene is, I smiled and politely declined. I wonder if she knew where Irene lived. Would have been amusing perhaps to take that lift and see who she thought I was and where I apparently reside. Amusing, but not face-saving for either of us.
Secondly, when catching a bus home late one night, someone behind me eventually managed to attract my attention. I was a little unnerved what with it being late and my being alone, but it turned out to be two teenage girls. They kindly pointed out that I had a spider on my shoulder.
Shrieked, brushed it off and of course, it seemed to disappear so we all spent the rest of the journey staring about us suspiciously. On the plus side, one of the girls spotted it on the floor just before I got off, so it wasn't concealed about my person.
Finally, my Oyster card stopped working and I don't want to go into the havoc that caused and the sheer number of unhelpful "customer service" staff I encountered. My favourite bit being when the guy at one tube station accused me of stealing the one I had (when what had happened was that the staff at a different station had given me back the wrong one). Peachy.
All this sounds grumbly, but it's not. Well, maybe the last travel incident, but maybe I can dine out on the whole spider thing.
Hears hoping spider season is shortly at an end!
Also, layout! This picture hails from the first time I took a photography class and I persuaded my friends to contort themselves so that I could take pretty pictures of their shoes. It was also the first time I used a dSLR having borrowed one from a friend. Ultimate photography buzz! 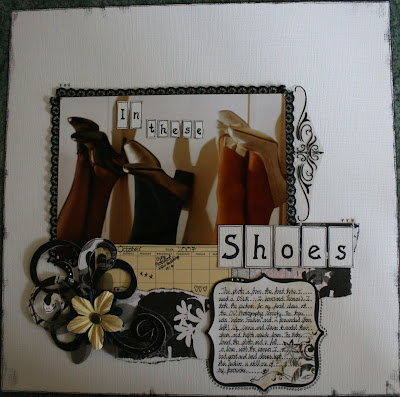 NB to self: I'd like to start making regular layouts for challenges and things so look up challenge blogs!
Posted by Miss Smith at 20:33 No comments: