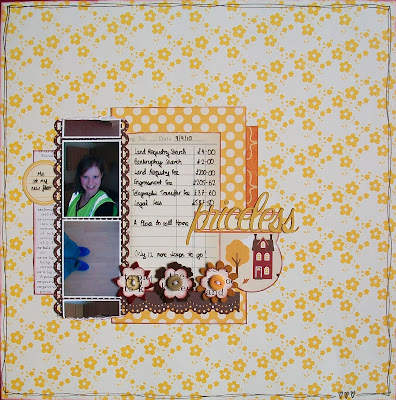 It's now less than two weeks until I move. With this in mind along with the fact that I haven't heard from my solicitor for a while, I got in touch and her response was along the lines of "Chill, it's all good, man". Clearly my solicitor is considerably more chilled than I.
So today I was sent all the completion documents and information including a statement of everything that I owed. It worked out to about six grand more than I was expecting.
I nearly had a heart attack. For about thirty seconds I panicked about where on earth I was going to find six thousand pounds.
Then I got another email from the solicitor: They had sent me someone else's stuff by mistake. Fortunately, my real bill was a little under my budget. Relief.
My solicitor, chilled as she is, was all "Ooops, butterfingers!"
My lesson is really that although this move is going to cost a lot, more than I knew when I naively decided I wanted to get on the property ladder, is that having my own little slice of home is priceless. And yes, I shamelessly plagiarised the Mastercard adverts in my journalling.
Kisses xxx
P.S. Obviously I have paraphrased the solicitor, but not as much as you might think.
P.P.S. Probably no post tomorrow what will setting off at stupid o'clock in the morning to go and join the queue for the Last Night of the Proms at the Royal Albert Hall. About 12 hours of queuing should probably get us a ticket...
Posted by Miss Smith at 21:58