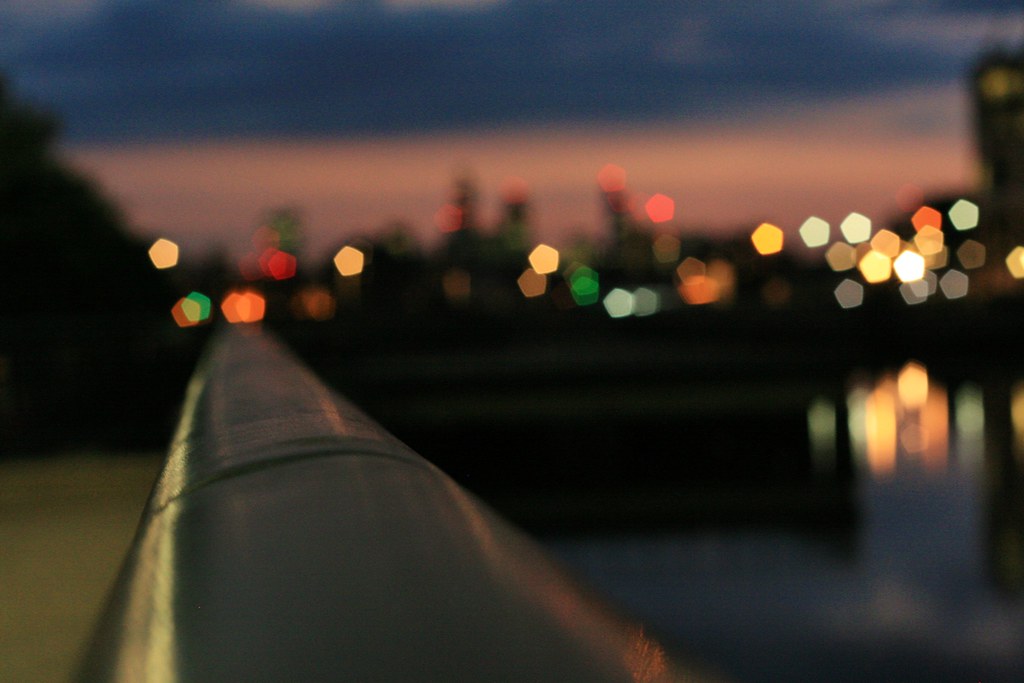 Canary Wharf is a strange place.  Hoards of tall, impersonal, shiny office blocks crowd in ordered, artificial rows.  It's not like a real place, and suited commuters swarm through it.  But at night when the offices stand empty and the lights twinkle in the watery docks, it has its own charm.  After watching the production of A Midsummer Night's Dream, we hunted for a bar in the area to have an quiet evening drink 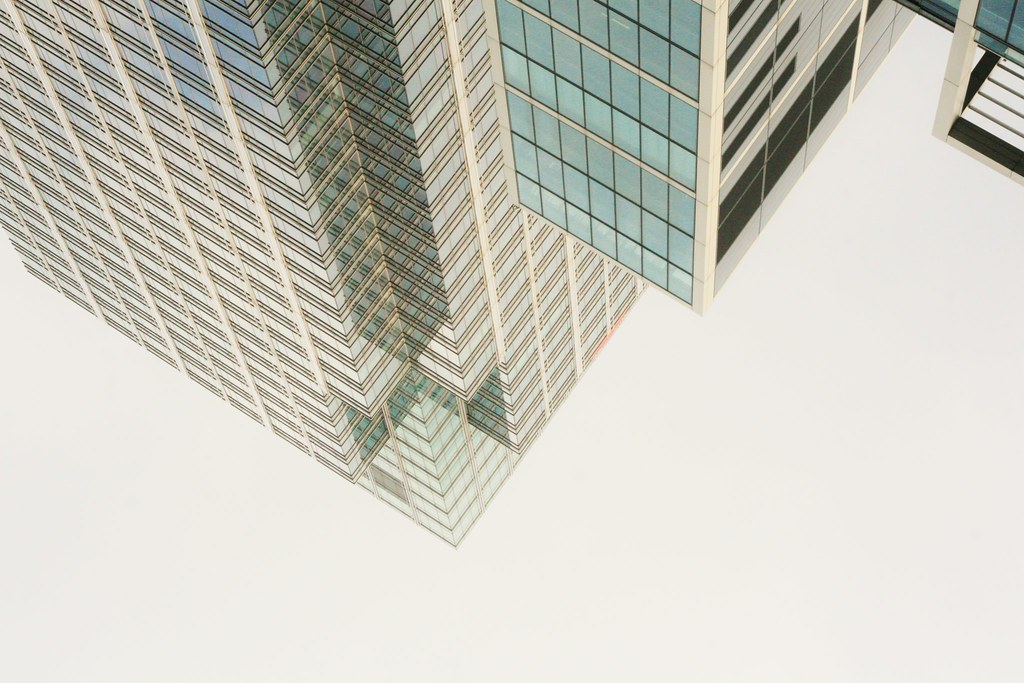 I took this lying on the grass in the little park.  The skyscrapers lean in from every angle and looking straight upwards, you wouldn't know it was a park.  I think the contrast between night and day is quite striking.  In my opinion, Canary Wharf by night is by far preferable. 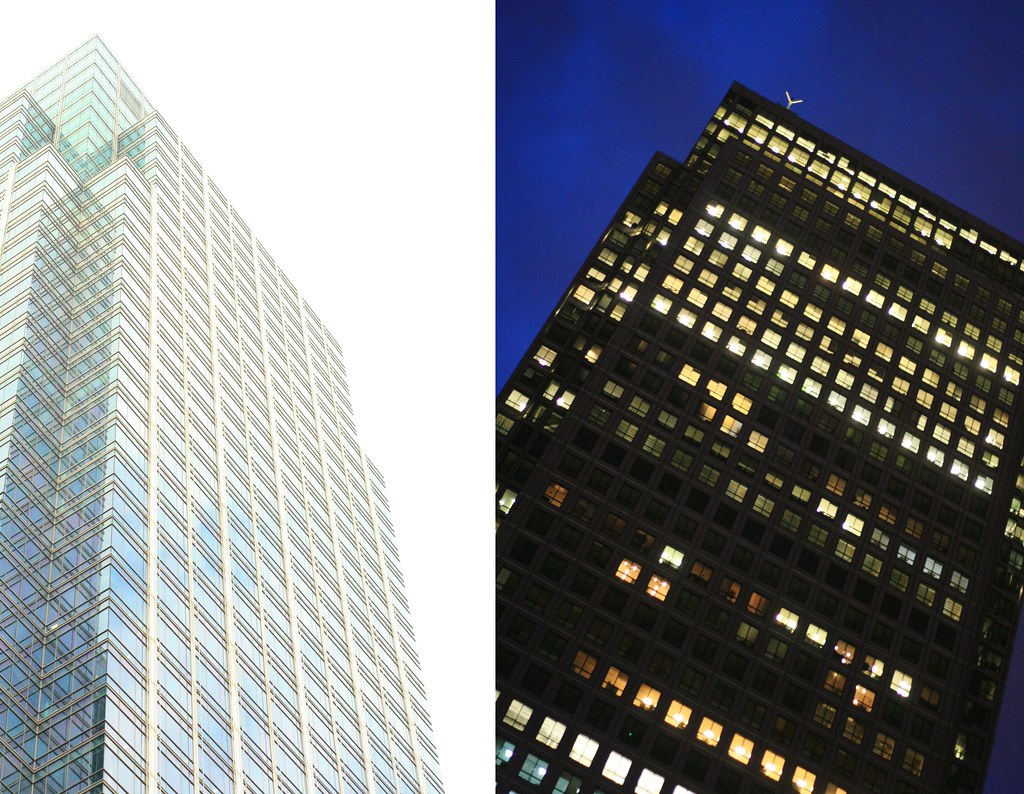 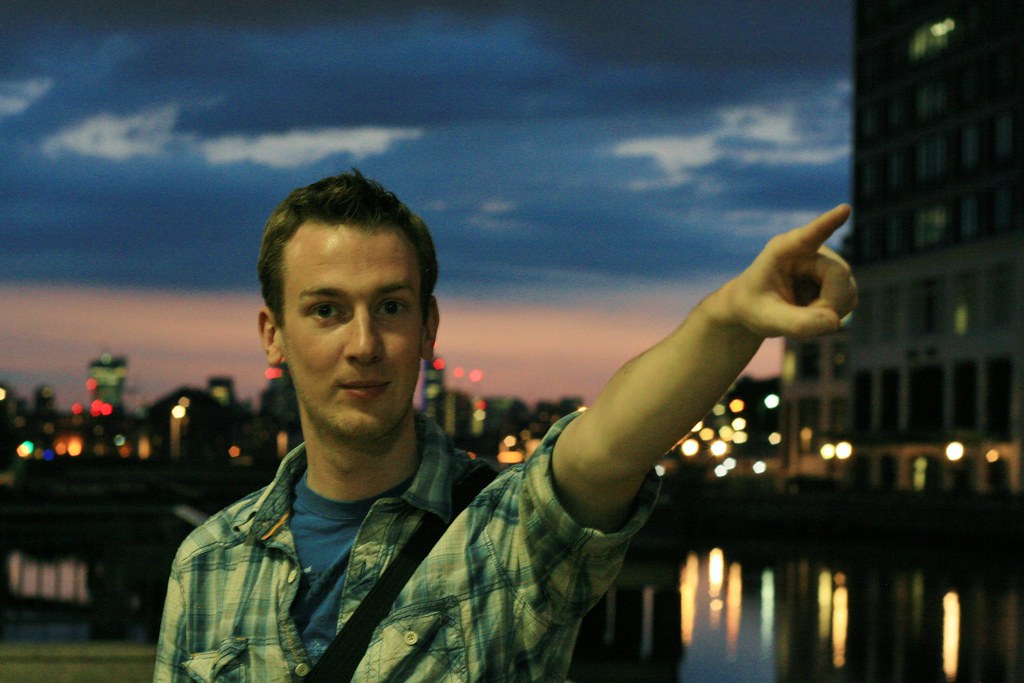 To the pub, he declared.  Dictatorial much, but it was a good idea and as long as everyone was prepared to stop for photos, I was happy too.  I enjoyed trying to capture the DLR trains running past on their raised tracks.  They don't have drivers and seem to almost glide through the air mysteriously. 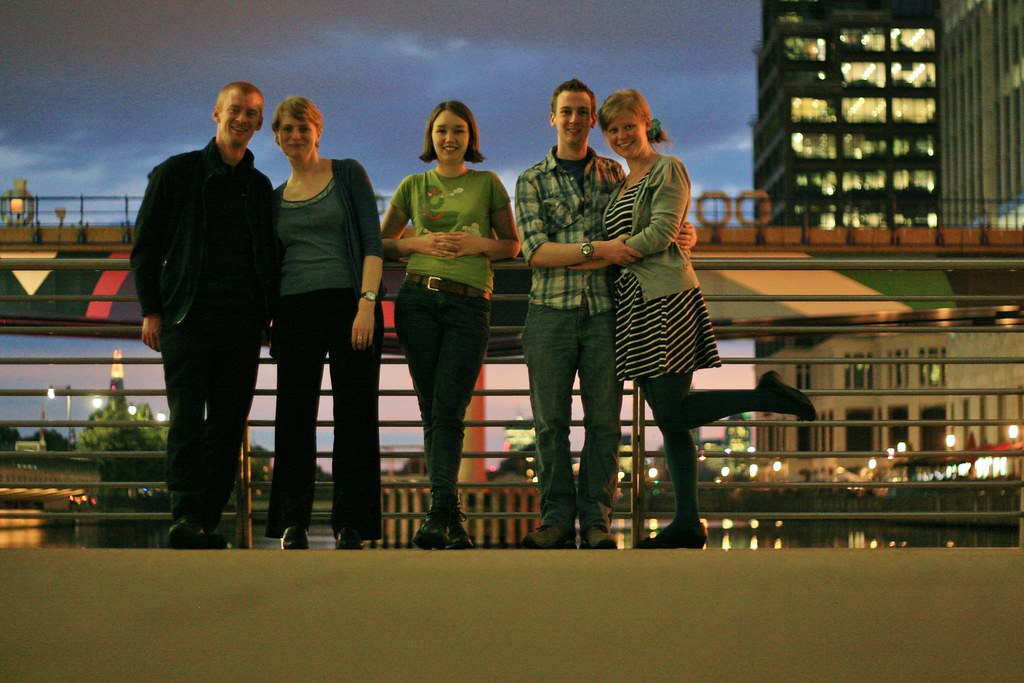 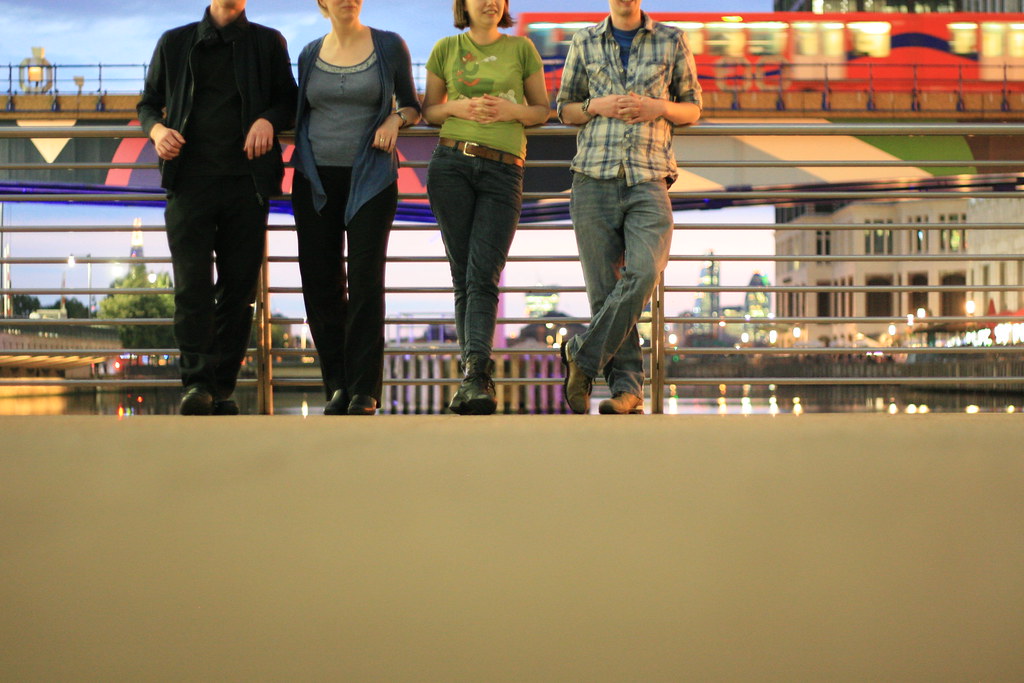 I will admit that the second shot is flawed in that I missed the heads, but the long exposure gave me brilliant colour for a dark night and I love the train in the background. 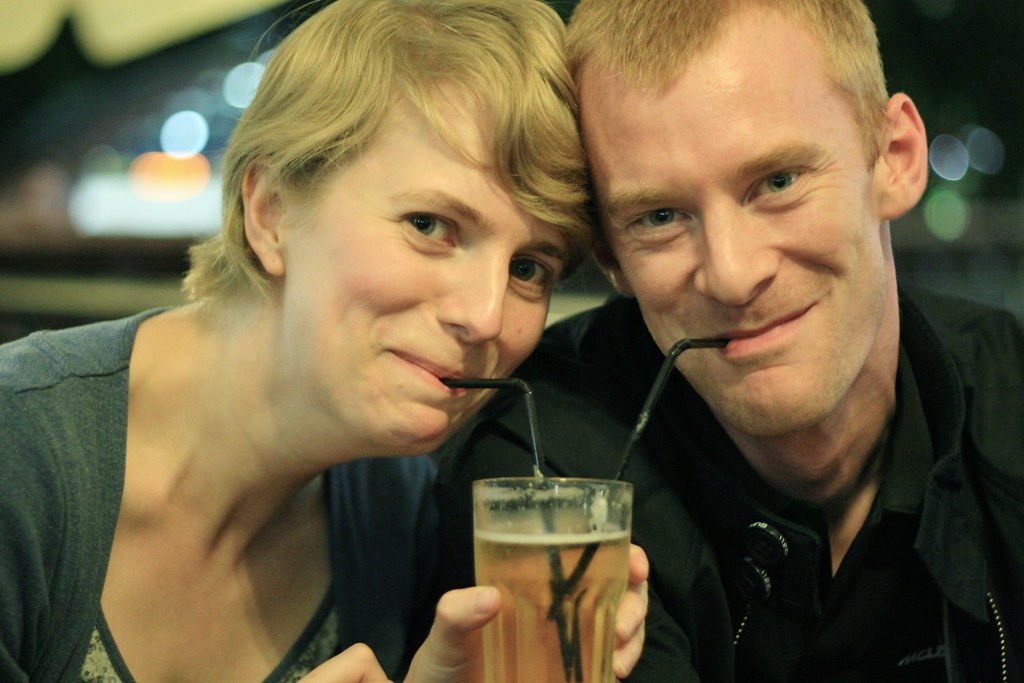 P.S. It's now the summer holiday.  YAY!!! So that means much more time to catch lots of pictures. And these take me up to 60 which means I only have 440 photos left to take for #500snapsofsummer
Posted by Miss Smith at 07:00