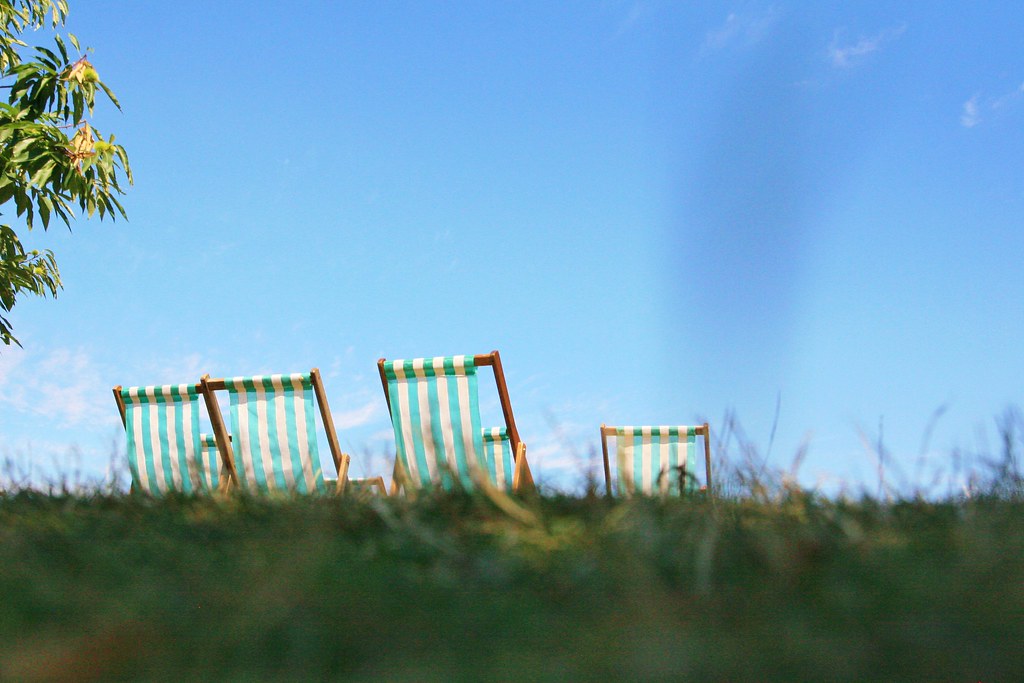 Tuesday saw me heading out with my camera at my side intending to go on a long walk around London.  But actually the beautiful weather and parks seduced me and I ended up meandering around very happily capturing a little of London's park life. I often try and steer clear of taking the standard, cliched tourist shots of London.  Not because there's anything wrong with those photos, but because I end up disliking my pictures because I know that professionals can and have done a better job.  I also think the standard tourist shots don't really reflect my every day experience of living in this city of wonders; my London looks a little different and I like it.  But that doesn't mean that I won't sit on the floor of a traffic island to get a picture of Trafalgar Square when I feel like it. 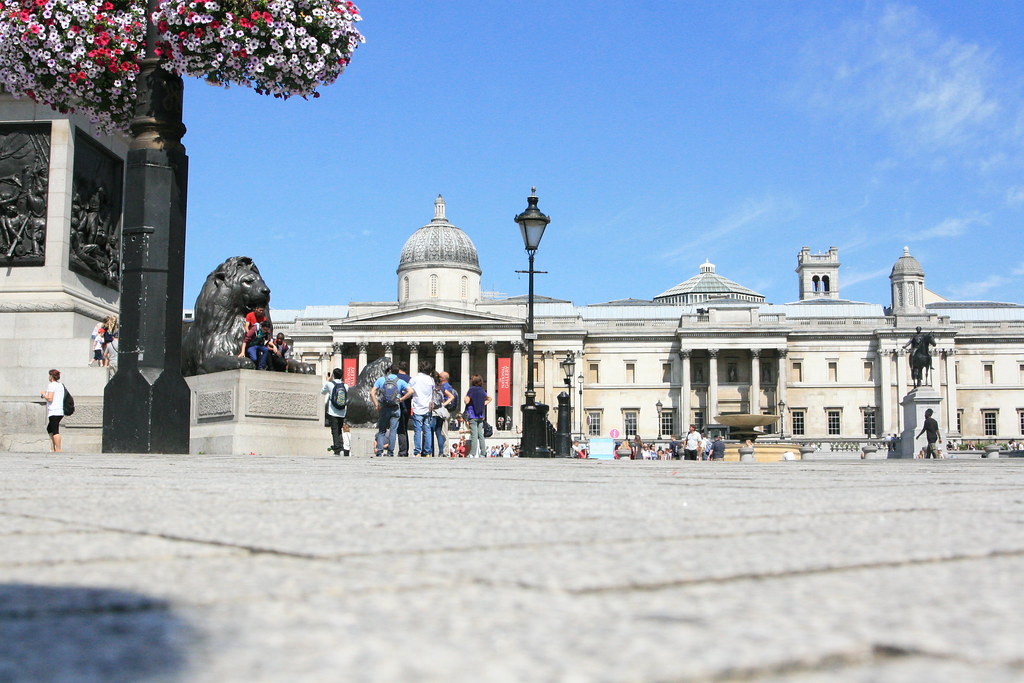 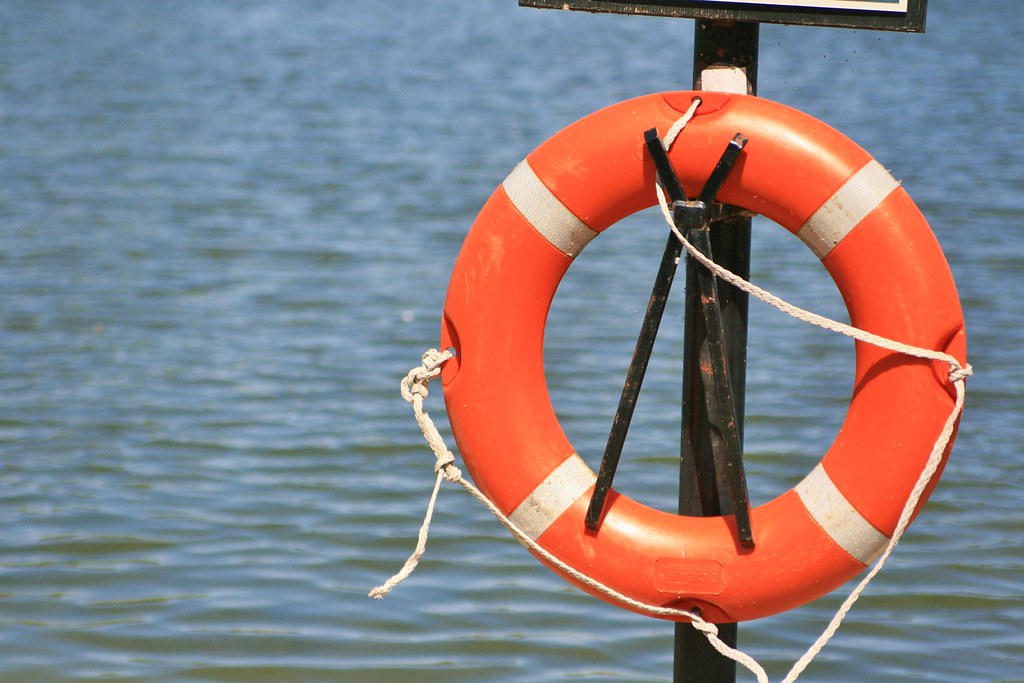 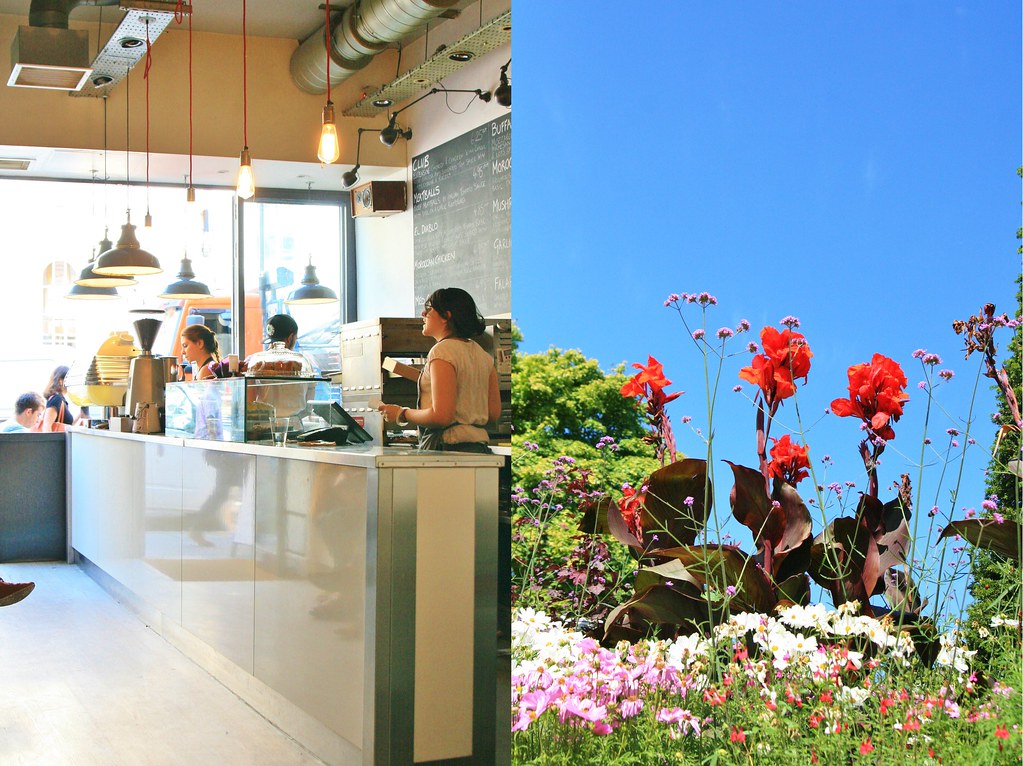 It was a real pleasure to stumble into the rose garden in Hyde Park.  But most of all, I enjoyed tottering long by the water as the breeze was cool and the deck chairs fluttered their fabric in a very inviting, summery way. 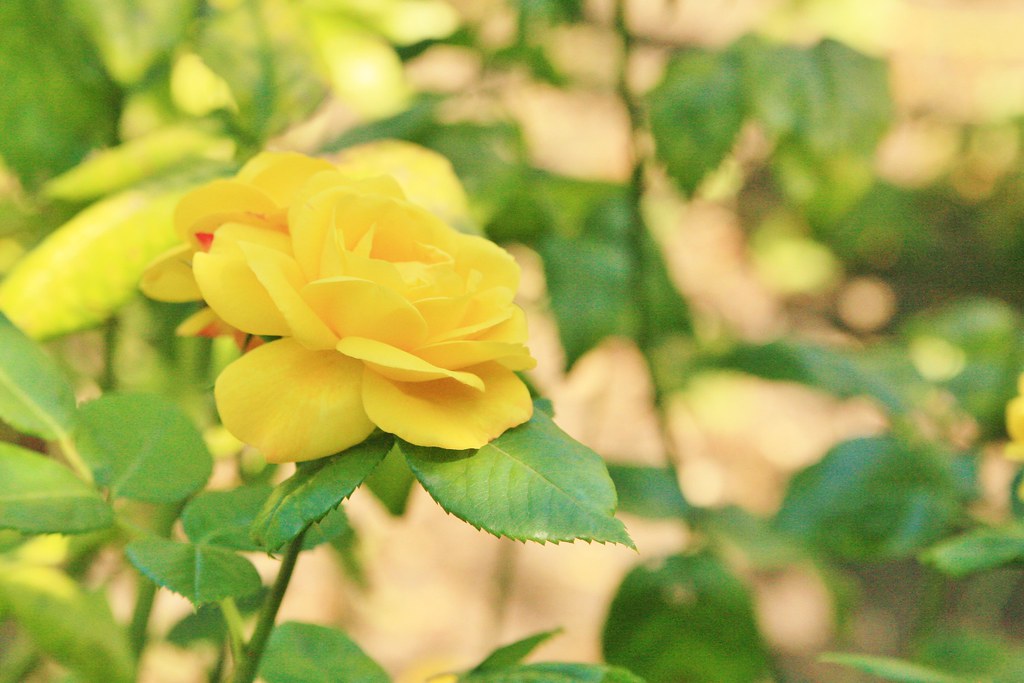 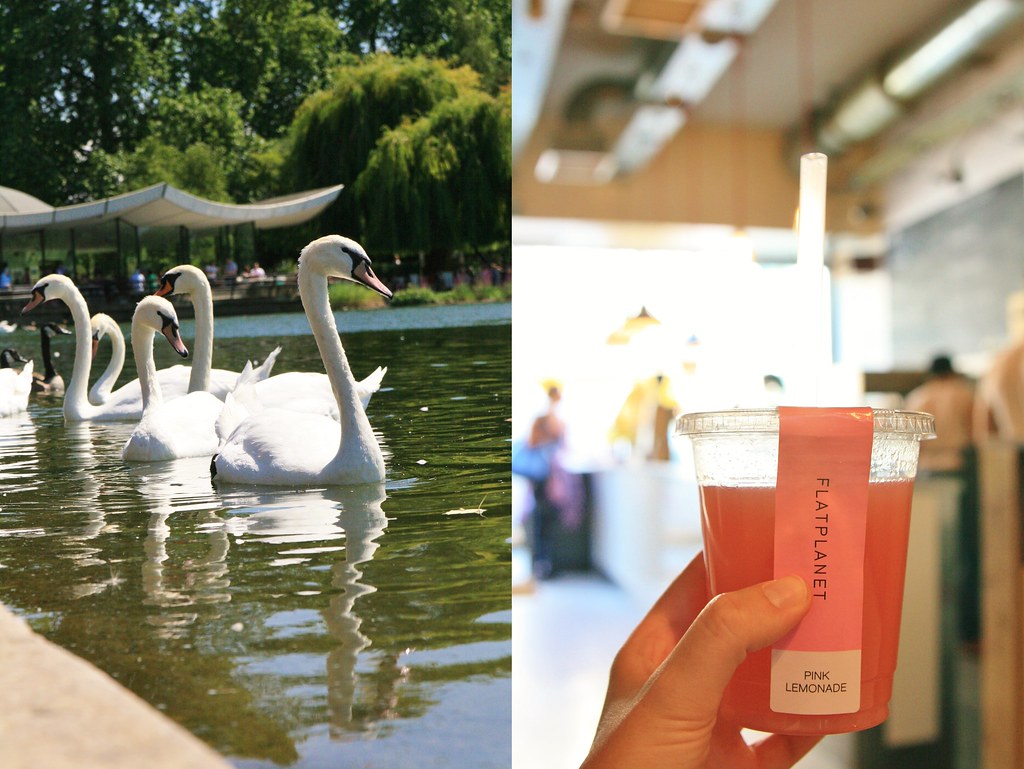 A delicious lunch of flatbread pizza at Flat Planet filled me up at lunch time.  And they serve the best pink lemonade I've ever had which was cold and zingy and refreshing. A bit more of a stroll took me to the cinema in the afternoon to see Chef which I really enjoyed, but I would not recommend watching if you are in the least hungry.  I wasn't, having just had lunch, but I was still pretty keen to move onto dinner when the film was done! 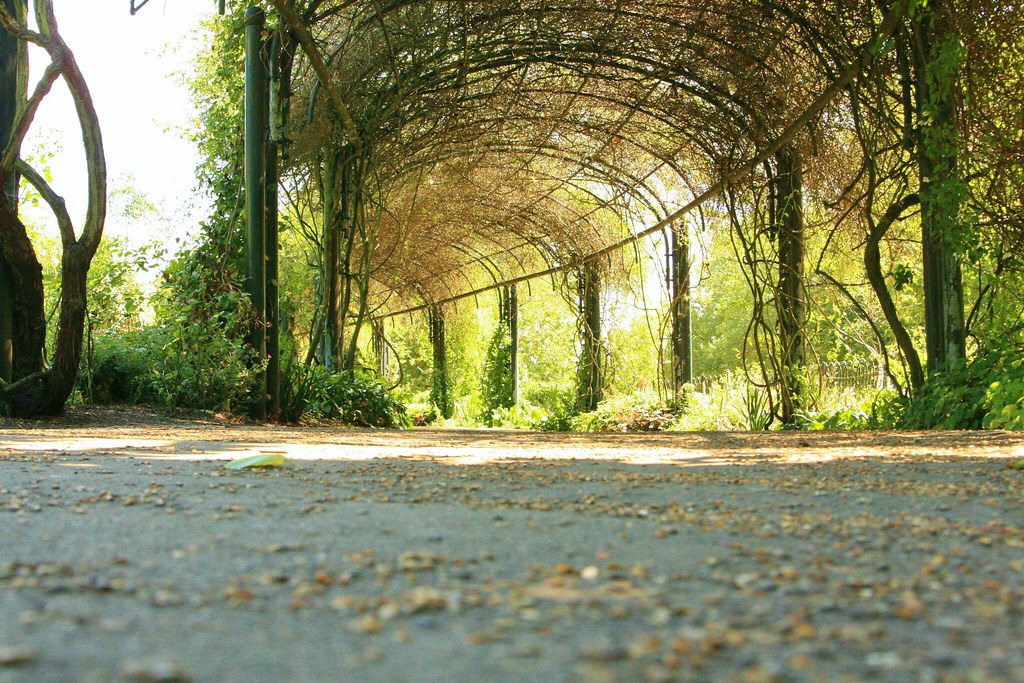 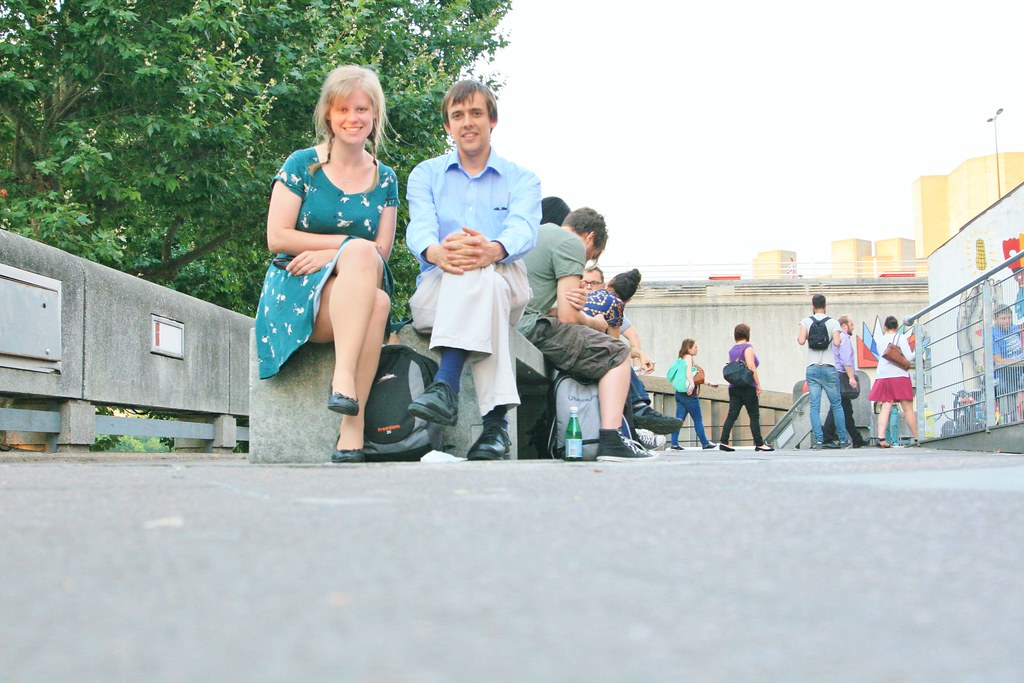 Dinner always tastes better when you have a friend to eat it with.  And we had the most amazing nachos at Wahaca on the South bank. I love Wahaca anyway, and it's one of my favourite food haunts, but their nachos were a cut above: not usual slightly greasy fare, but packed with flavour and freshness. And yes, someone did offer to take this picture.  But it was a nice chap as once I'd explained about how I like the perspective, and my thoughts on using wide apertures to create the depth of field I like, I looked pityingly at my friend and said "My wife's into photography.  I get it."

P.S. Adding another ten photos to the #500snapsofsummer total brings me up to 135 taken.  Which by process of elimination means that I have 365 still to take.
Posted by Miss Smith at 13:35