top five at the fringe 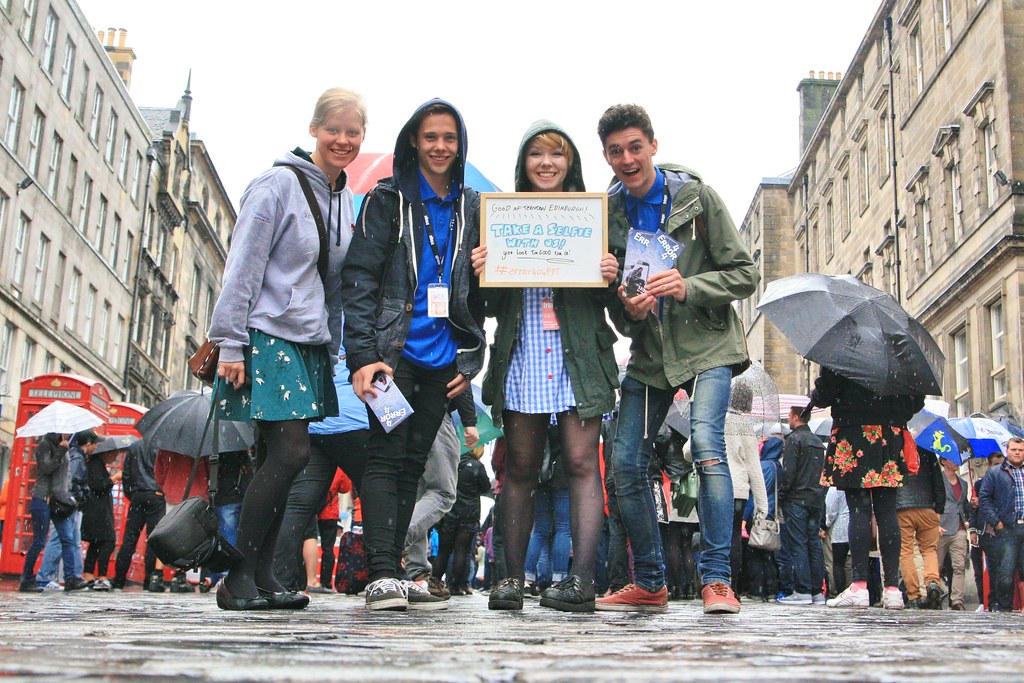 There was so much to see at the Edinburgh fringe and I found my days settled into a routine of sorts.  I wasn't pulling particularly early mornings and would leave my room around nine or ten and head into the centre.  Most of the things I saw were in the afternoons and evenings, and so I could watch all the street entertainment and collect flyers in the morning, book tickets for anything that caught my eye and collect any tickets that I had booked from hte box office.  When the weather was nice, it was lovely to be outside soaking up both the atmosphere and a large number of cups of tea.  Much of the time it rained and everyone crammed into coffee shops of under the nearest avaiable shelter.  And in fact one of the best pitches I heard was from a guy who was slouched miserably in the rain as everyone dashed passed; he was advertising his standup show which was beginning shortly, and his sales-pitch was: "Free comedy: it's warm and dry inside and there's free tea and biscuits".  Sadly I was on my way to a gig at the time.

In the afternoons and evenings I would run along to the shows I had booked, pausing occasionally to scarf down a sandwich, or a cake or some chips.  Yum!  I usually hit my last show of the night around ten thirty, and would emerge onto the streets around midnight, tired and happy, having run around for about fourteen hours in blissful excitement.  Needless to say, I slept pretty well! 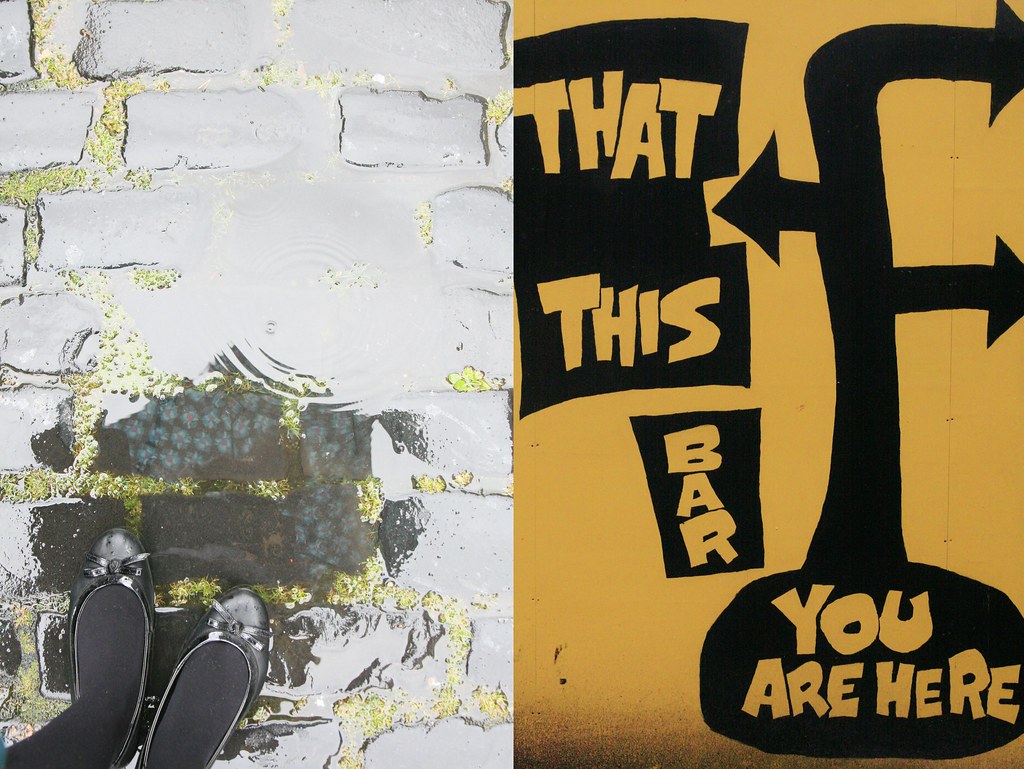 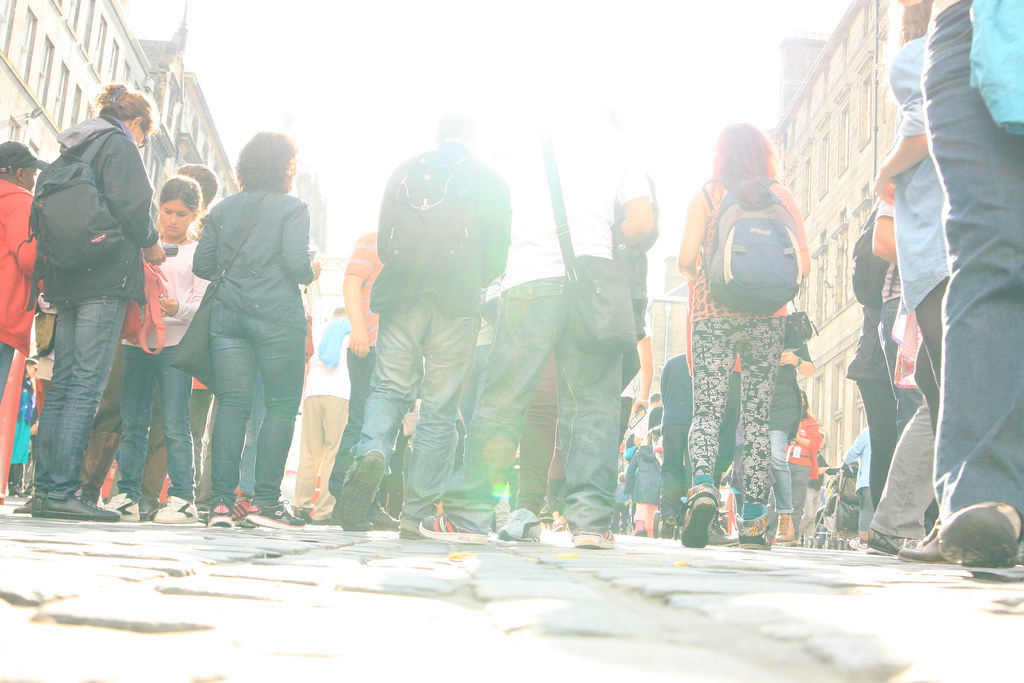 For this post, I have picked out my top five performances; all of these groups I hope to catch again in the future!  Links are included along the way...

First was Shakespeare for Breakfast, a morning show that offers all audience members a cuppa and a croissant, included in the ticket price. I'm never one to turn down free food, but while I might have gone for the breakfast, I stayed for the Shakespeare.  Each year, this company put on a fabulous Shakespeare spoof that was witty, entertaining, had the most ingenious pun and lovingly sends up all things bard.  I LOVED it and it really set me up for the day!  It's always nice to begin the morning with a good giggle. 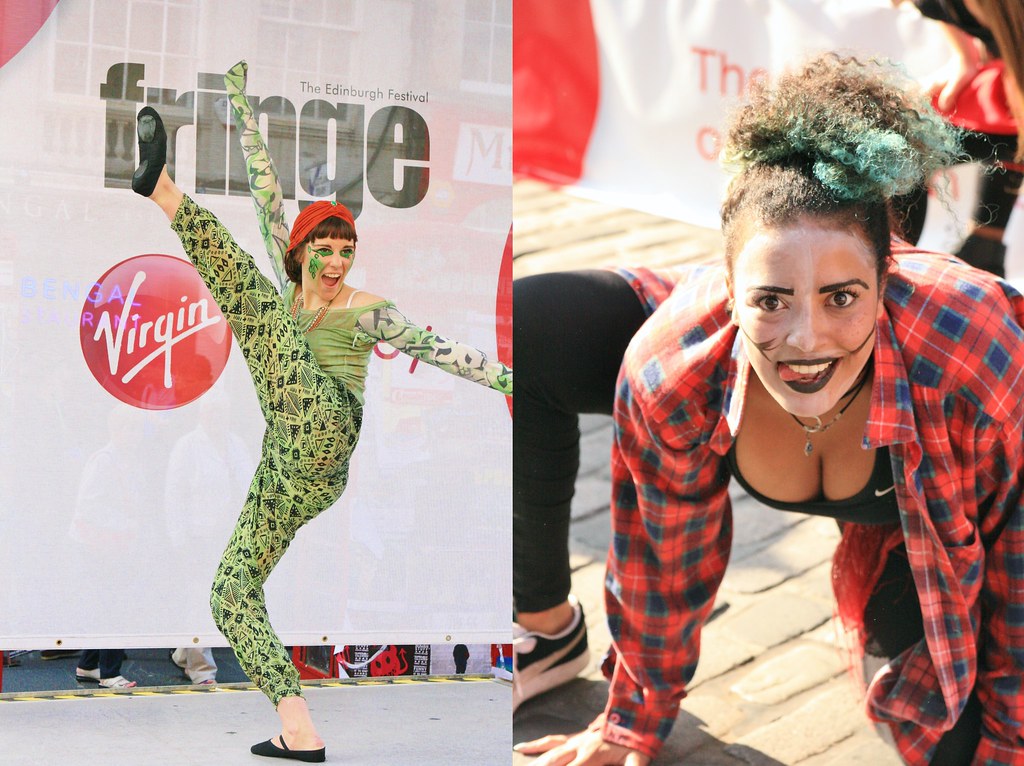 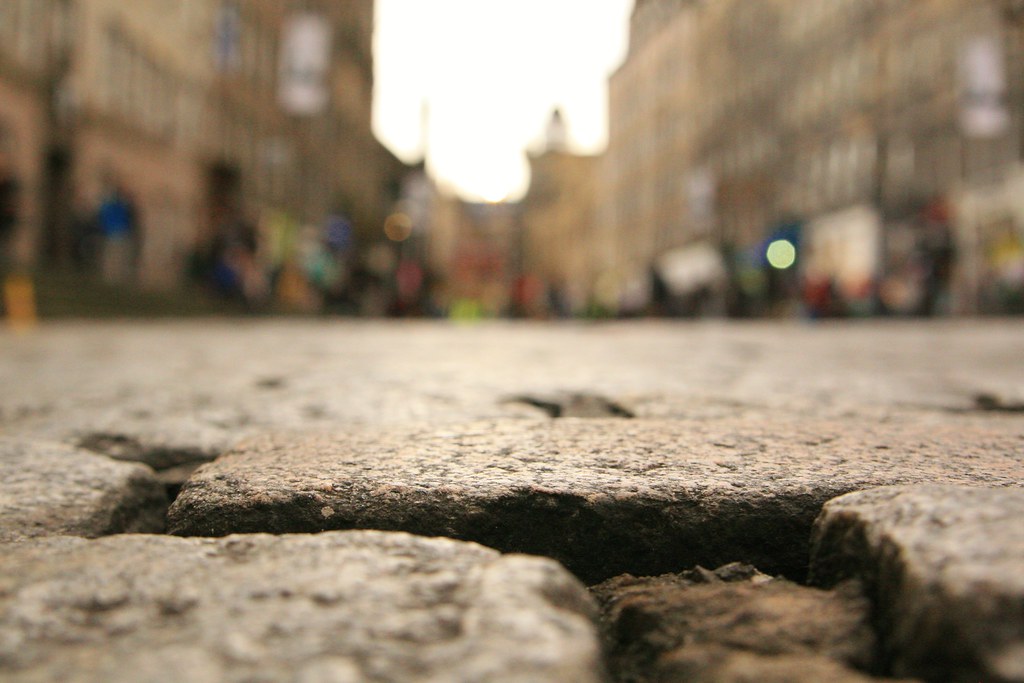 Next on my list is He Had Hairy Hands was a wonderful play with a cast of four who managed all the roles between them.  It was a slick, blackly comic murder mystery which oozed dark humour, and I booked a ticket on a whim as someone handed me a flyer in the street.  That doesn't necessarily guarantee a great show, but in this instance, the gamble paid off.  There were loads of laughs, clever songs, ingenious staging and choreography and the whole show passed in a whirlwind of Midsomer-Murders-meets-werewolf style disaster. 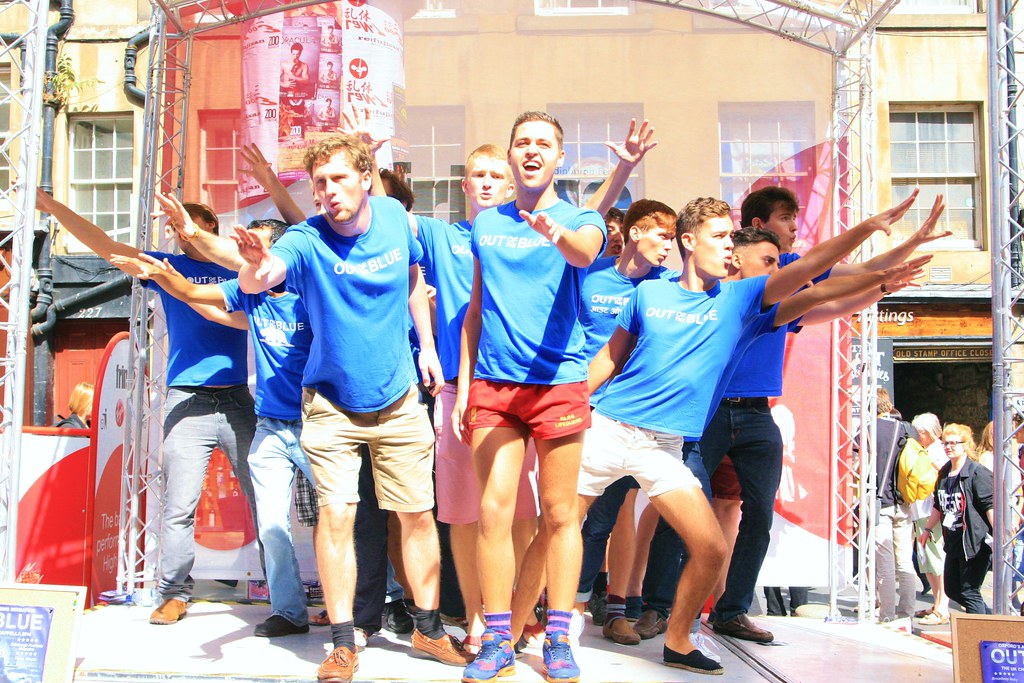 I saw a number of a capella groups and there were a lot out on the streets entertaining the crowds.  But Out of the Blue, an all-male group from Oxford were my favourites.  And not just because one of these charmers serenaded me with Uptown Girl while we danced a tad awkwardly!  They are extremely talented and their music was faultless, but they also delivered a truly engaging, entertaining and downright funny performance.  In their show, the audience was right behind them and I felt like I was beaming the whole way through.  You can watch them on Youtube here doing their Shakira number - do have a watch as I guarantee it will put a smile on your face :D 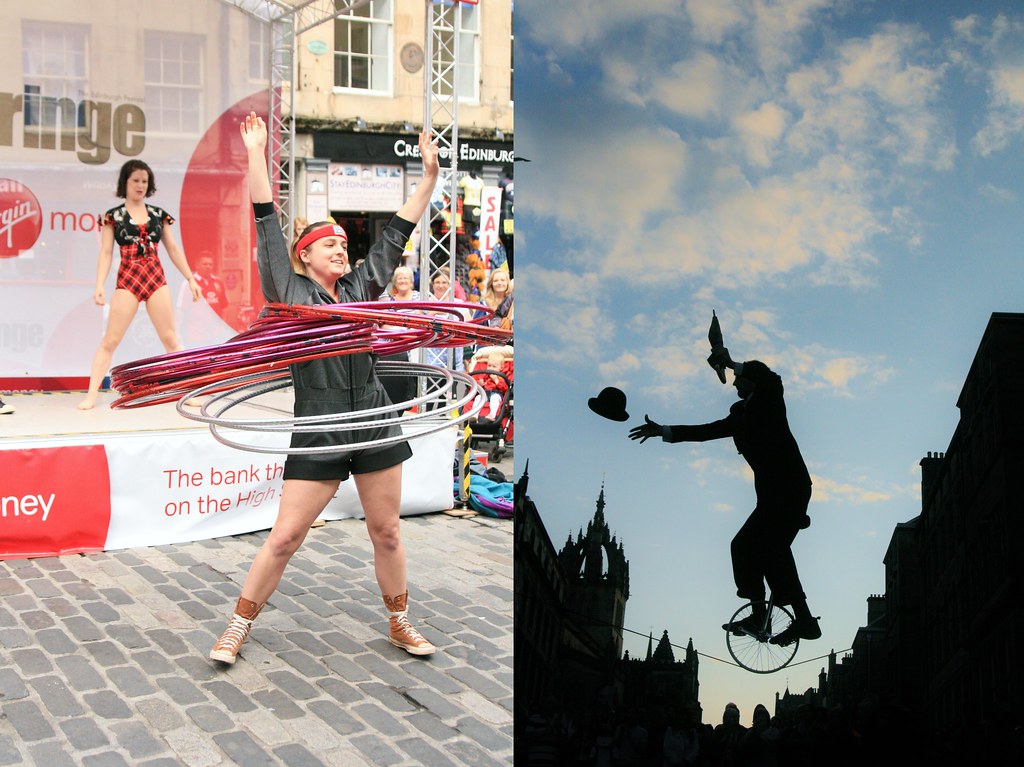 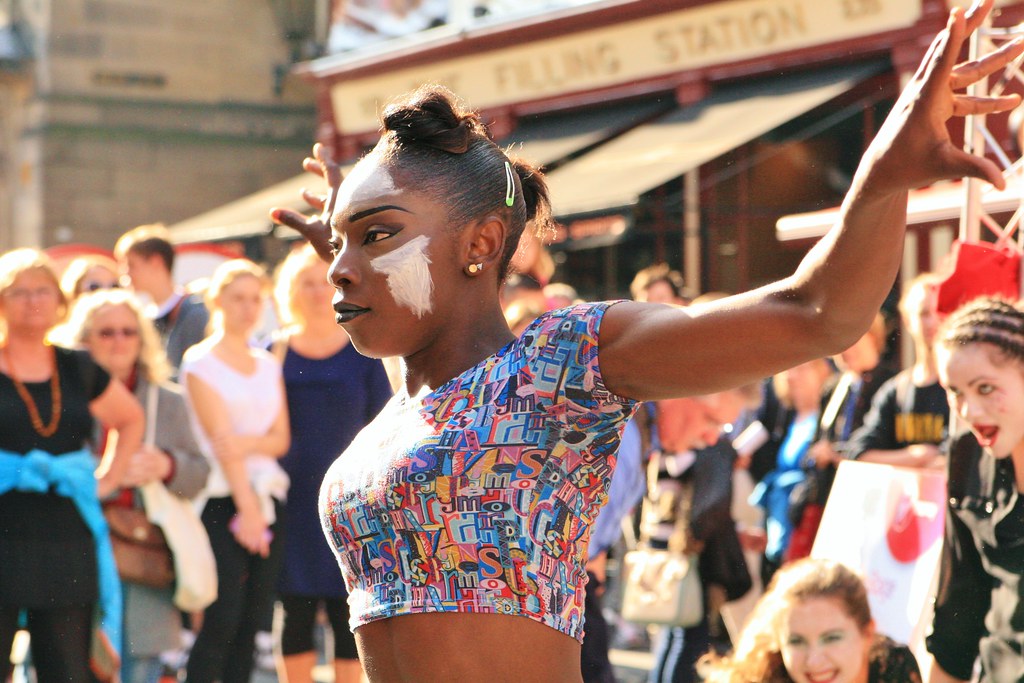 My last two selections almost defy description; both were comedies and suffice to say I howled with alughter that I couldn't repress in both shows. The Pin are a sketch comedy duo who had created a perfectly formed sketch show which was beautifully surreal, awkward, endearing and most importantly, hilarious.  The show had a running theme and there was real intelligence behind the gags.  It fit my sense of humour exactly, and it was the sort of show you come out of wanting to tell people about but not being able to find the words.  It was the sort of comedy I want to take other people too and watch them watch it and laugh.

My final pick was Sh*t-Faced Shakespeare: a show that had been recommended by a friend from previous years at the Fringe.  The concept is simple: a cast a classically trained Shakespearean actors perform a cut-down version version of one of the bard's works.  This year is was Two Gentlemen of Verona.  It's cut down as they have a mere hour to deliver it.  But what makes this company different is that fact that, before the show, they get one member of the cast, selected at random, completely, utterly and rip-roaringly drunk.  And then anarchy ensues.  It's hard to describe how truly hysterical the result was, whether it was the rest of the cast manfully trying to jolly along their inebriated colleague, the inability of said colleague to remember his own lines, his propensity to abandon the show altogther and chat to the audience, saying other people's lines and just coming on to join in whenever he felt like it.  It's always impossible to explain comedy, so I'm not going to try any more; let's just say that I hardly stopped laughing. 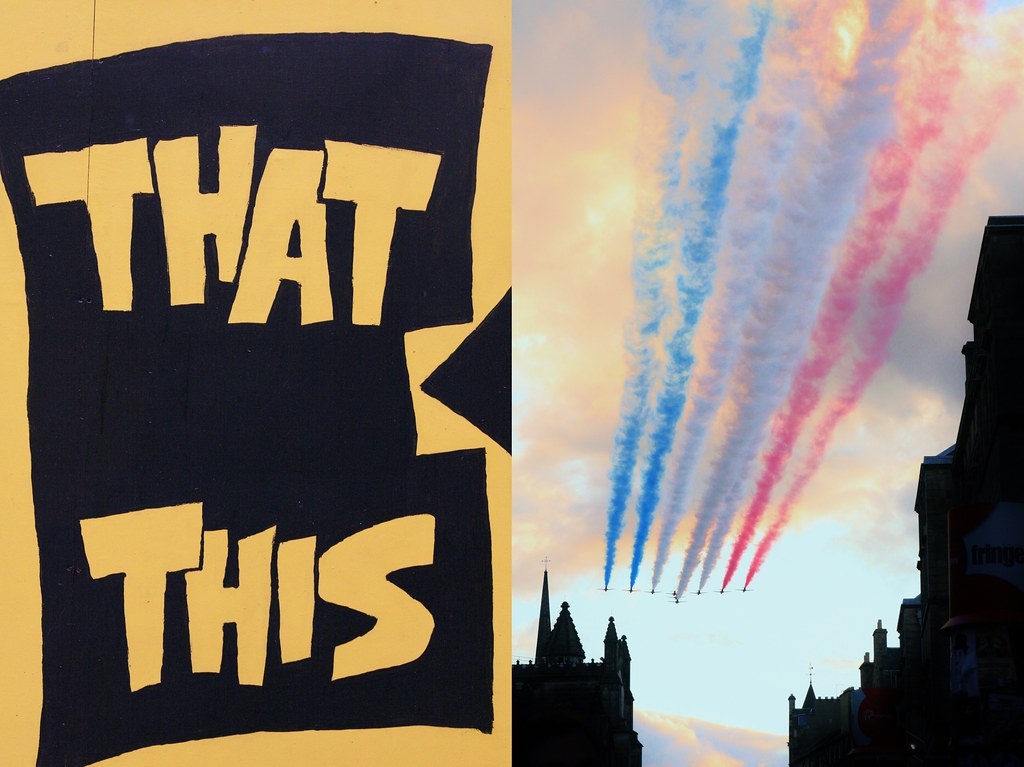 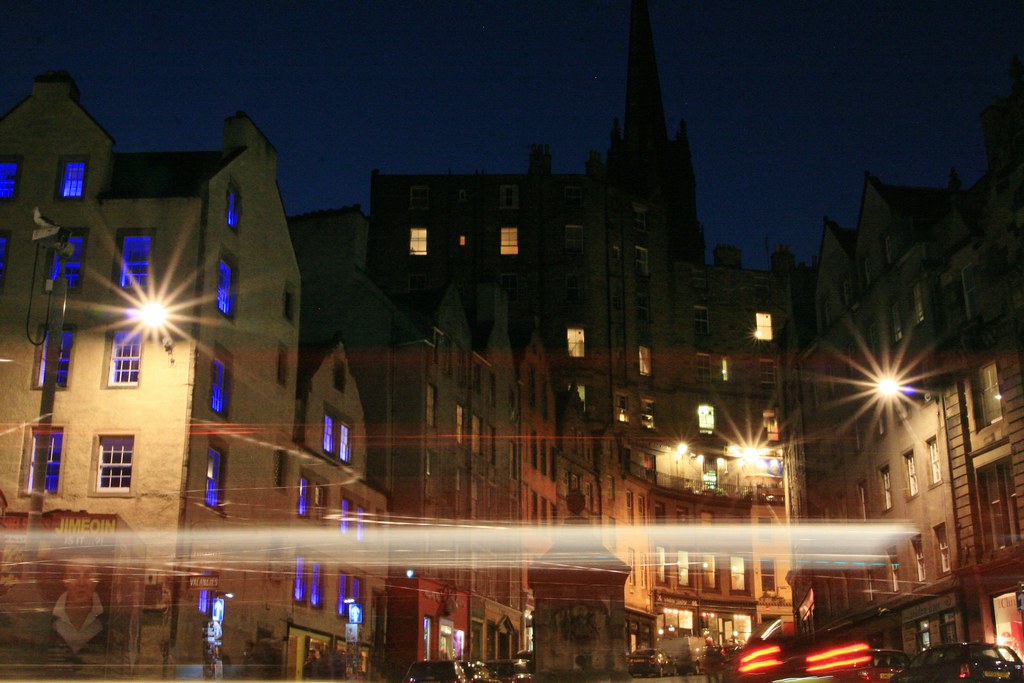 So that's my list, but there are of course many honourable mentions: Showstoppers (a group who improvised an entire musical based on audience suggestions), Potted Sherlock (all 70 Sherlock mysteries delivered in 60 minutes), Riptide the Slasher Musical, What does the title matter anyway... I saw 19 shows in 5 days, but it wasn't enough!  I have become addicted 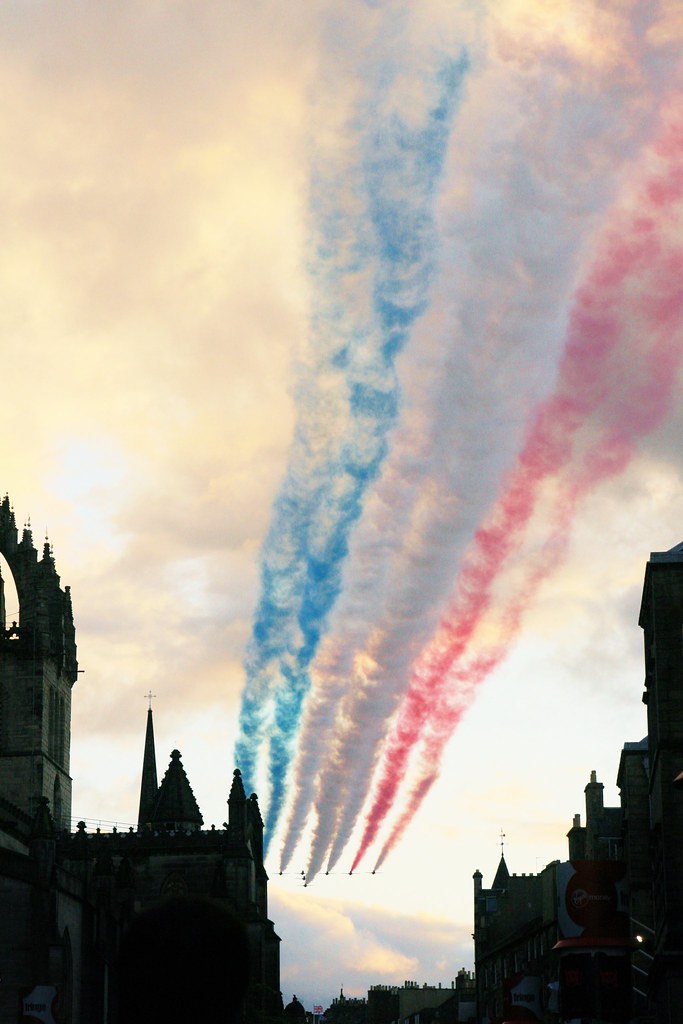 Email ThisBlogThis!Share to TwitterShare to FacebookShare to Pinterest
Labels: 500 snaps of summer, Before I'm 30 I will..., Photography, Travel