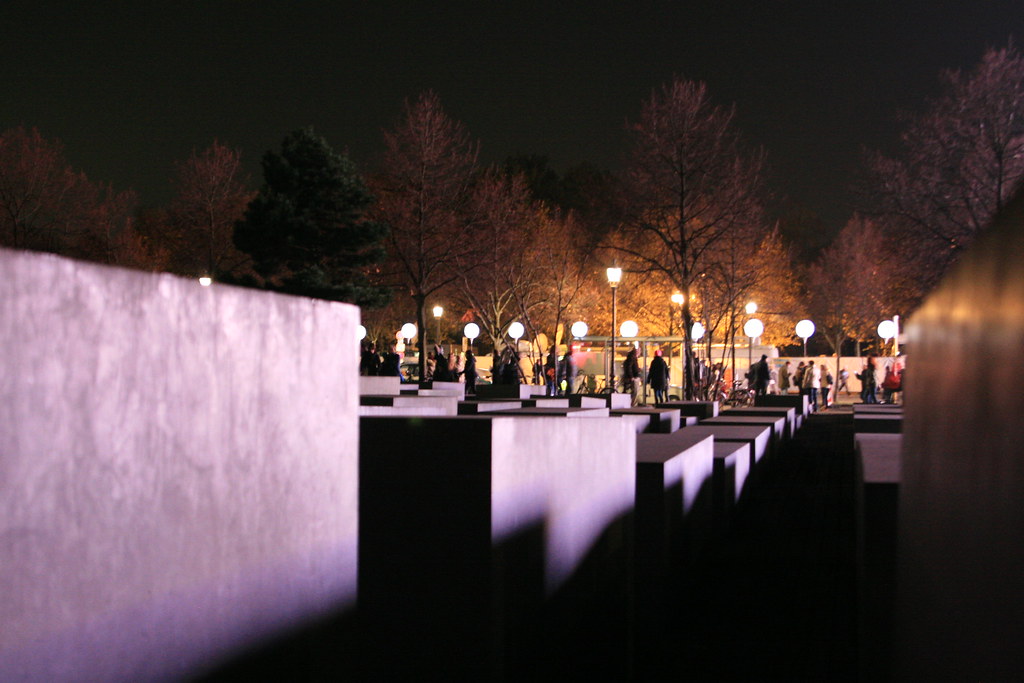 One November Thursday afternoon, found me dashing around school organising my things for the following week and then setting off gleefully for the airport.  I was on my way to Berlin for a 3 day workshop, training to teach the mathematics part of the IB (International Baccalaureate).

Professionally useful yes, as I'm brand new to teaching this particular qualification, but mainly I was excited to be doing my first "business" travel!  While this didn't equate to business class, I felt ever so grown up hopping on the tube and speeding through the dark to Heathrow, ready to catch my flight all by myself, because I am independent and I travel for work now, apparently. I'm like, so totes mature and stuff.

I arrived quite tired late in the evening, in a country I have never before visited.  Unfortunately I also don't speak a word of German, but the taxi driver I found did speak perfect English, and I attempted a few clumsy phrases anyway to show willing. The hotel was easily located, my extravagant splurge on a taxi less expensive than anticipated, and I fell into bed very satisfied with my free room upgrade and the prospect of an interesting work schedule by day, and a new city to explore by night. 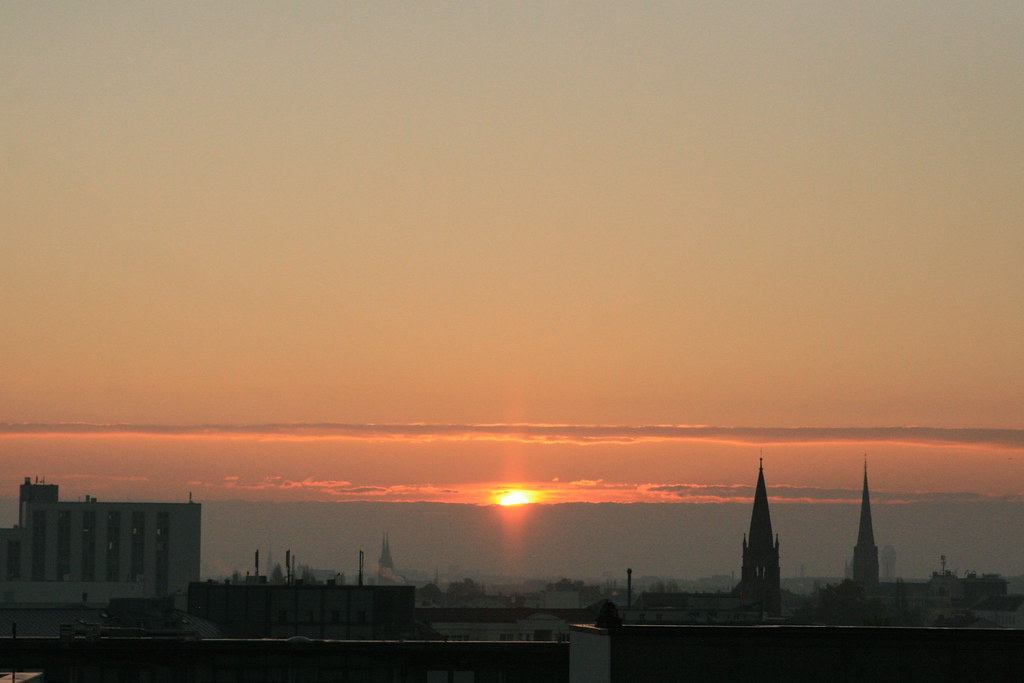 It's always nice to catch the sunrise, and Friday dawned full of promise.  On the downside, I had to be up early enough each morning to catch the sunrise.  And on my final morning, I had to get up particularly early to do some exercise with a lovely lady I met who used to be in the military.  She switched to teaching a couple of years ago, but clearly has kept up the fitness aspect of things as she invited several of us to join her in her morning workout.  I had initially thought she was joking about doing an abs workout first thing before breakfast.  But by the time I found out that doing crunches at 7:00am outside the hotel wasn't meant to be joke, I couldn't really back out.  I didn't want to look like a numpty. (Any more like a numpty). 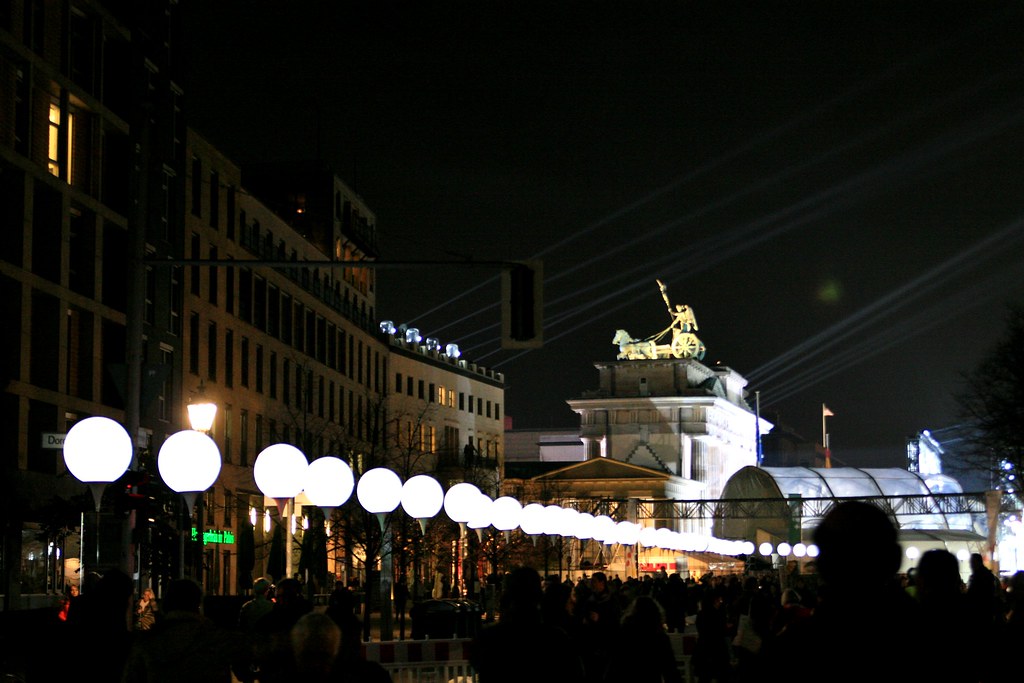 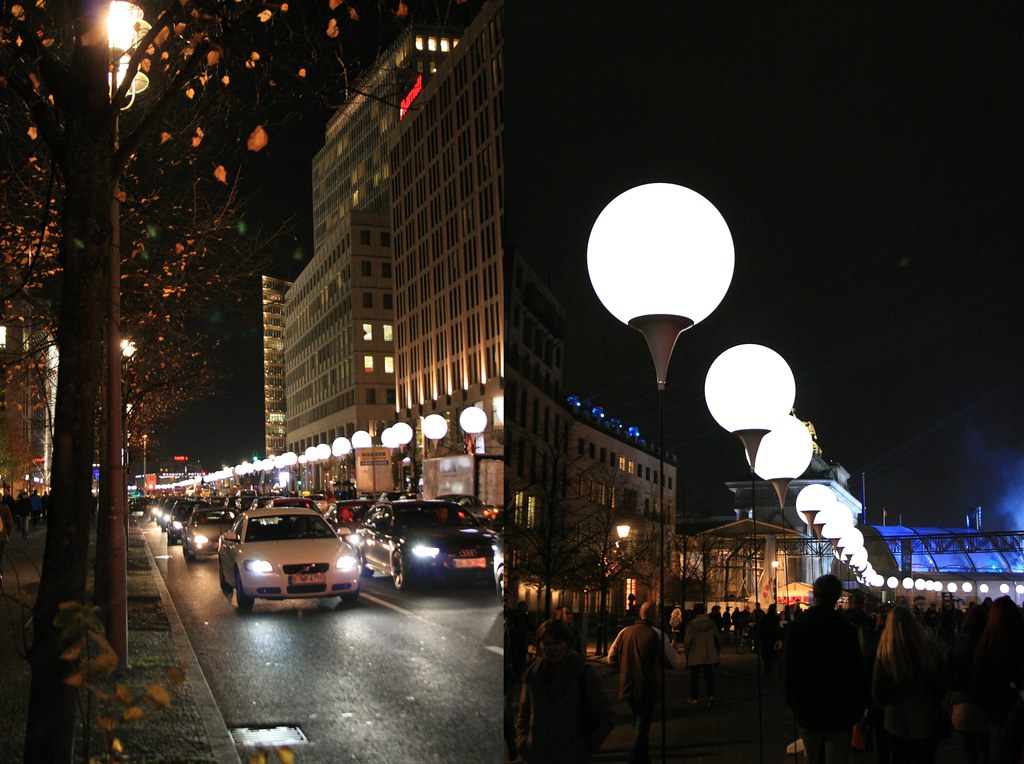 Berlin really excited me as a city; I am now desperate to go back and explore properly.  But for this weekend, it was wonderful to have the evenings to roam, and to experience a city commemorating its past, and celebrating its freedom, as Berlin marked the anniversary of the fall of the wall.  A trail of light balloons traced the old route of the wall, and large public screens shared newsreels and footage of times past.  It was remarkable, and poignant, and amazing to experience the city like this. 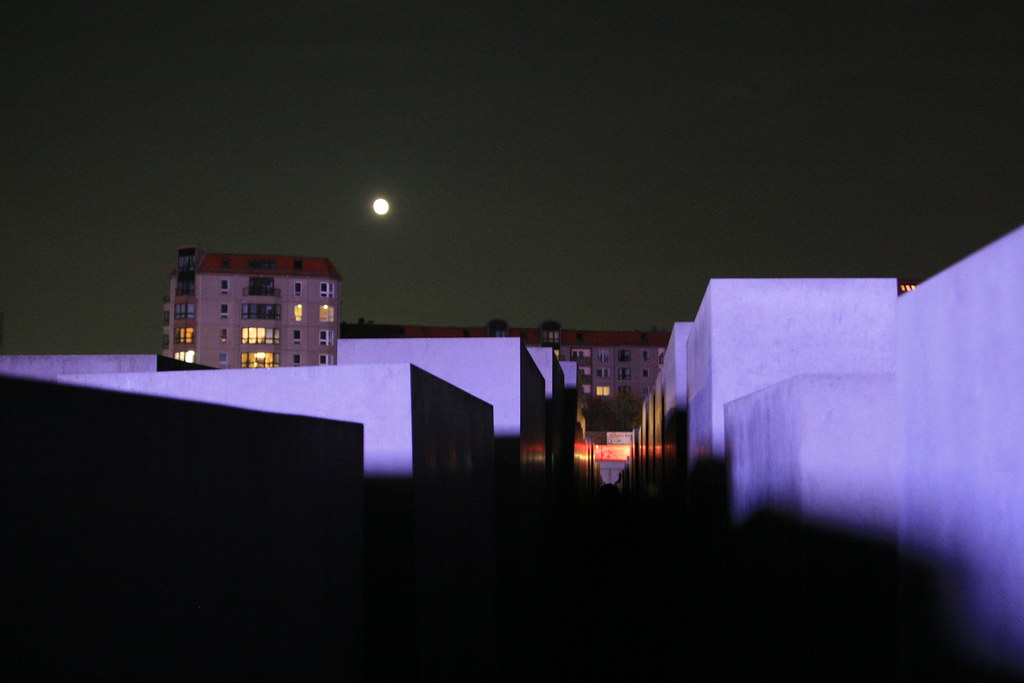 The Holocaust Memorial was particularly haunting; a very thoughtful tribute to a horrific period of history, and coldly beautiful in the moonlight. 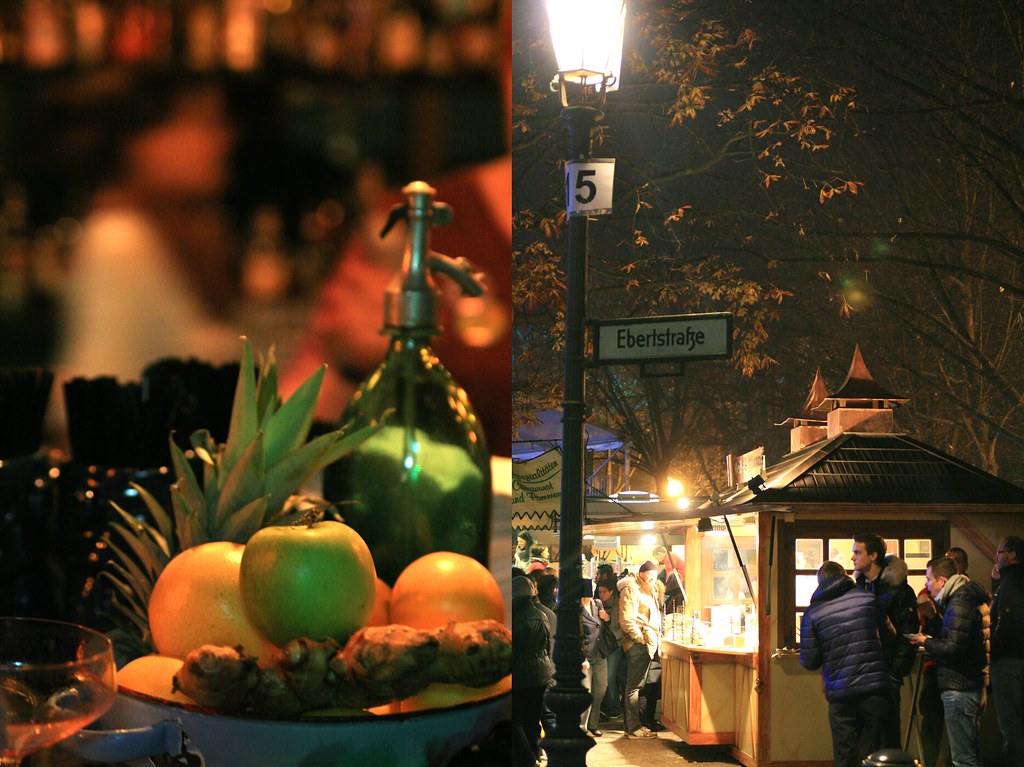 Even though I had travelled solo, there were loads of teachers from international schools across Europe.  It was great to find a little cluster of maths teachers to go out with, who had a wide range of experience to share, and were all also eager to do some exploring.  At the end of the evening, we jumped into a cab, and requested to be taken to the Monkey Bar.  It was recommended to us, but we had no idea where it was.  The driver clearly knew his stuff, and took us to "Bikini Bar".  Apparently that's German for monkey, but it is possible that it isn't, and that my spelling and comprehension are entirely wrong.  Anyway, it turned out to be a great rooftop bar overlooking the zoo's monkey enclosure, with extremely nice cocktails, an upbeat atmosphere and a terrace with impressive views.  And biting cold temperatures. 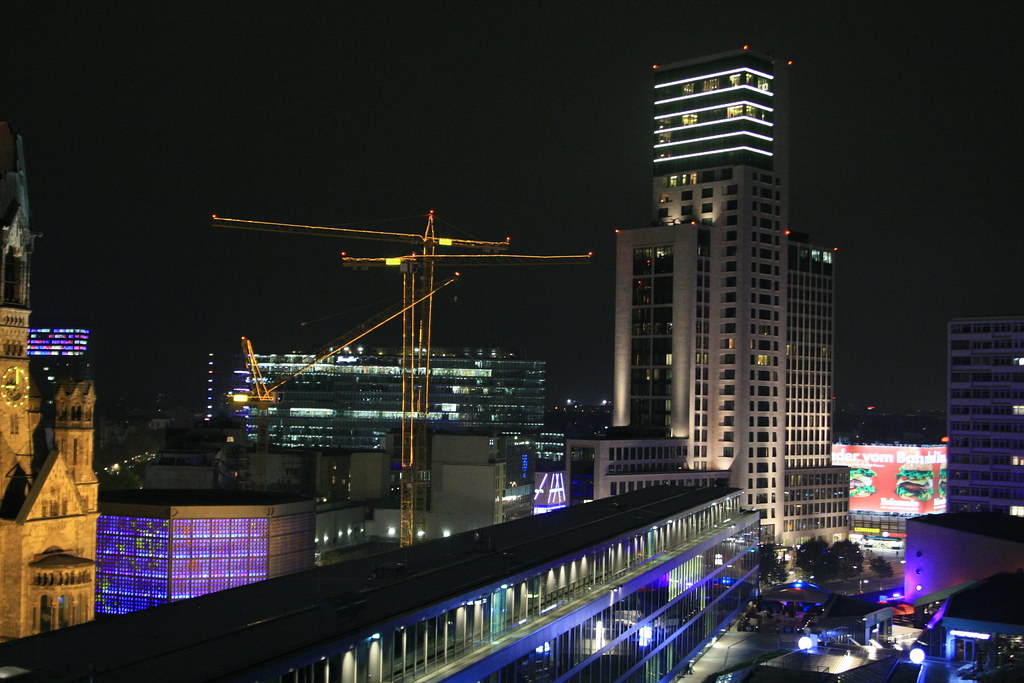 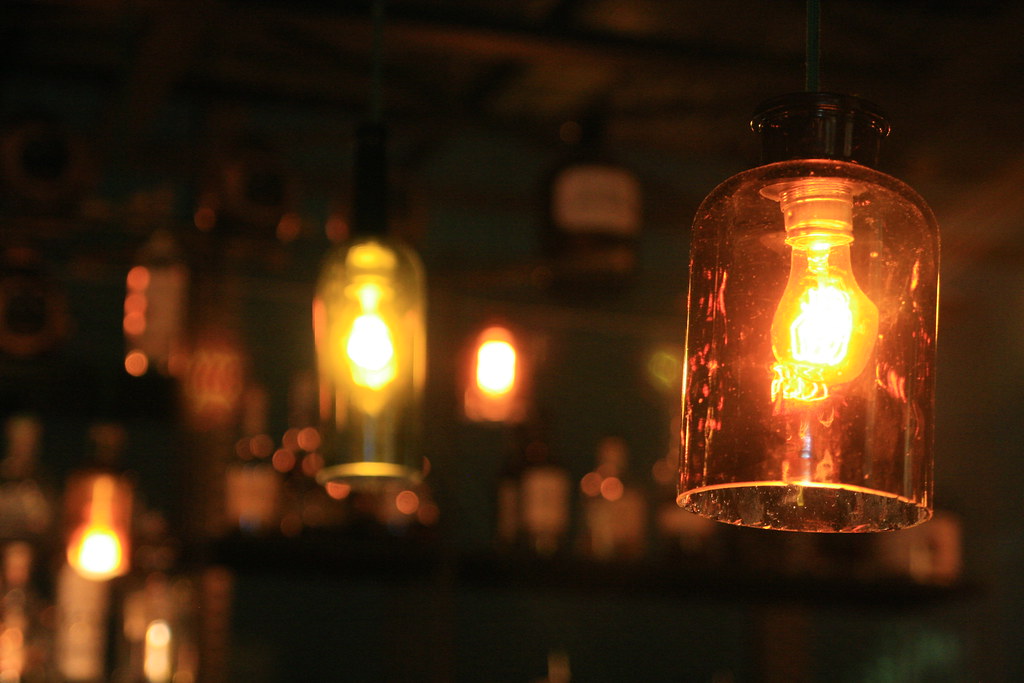 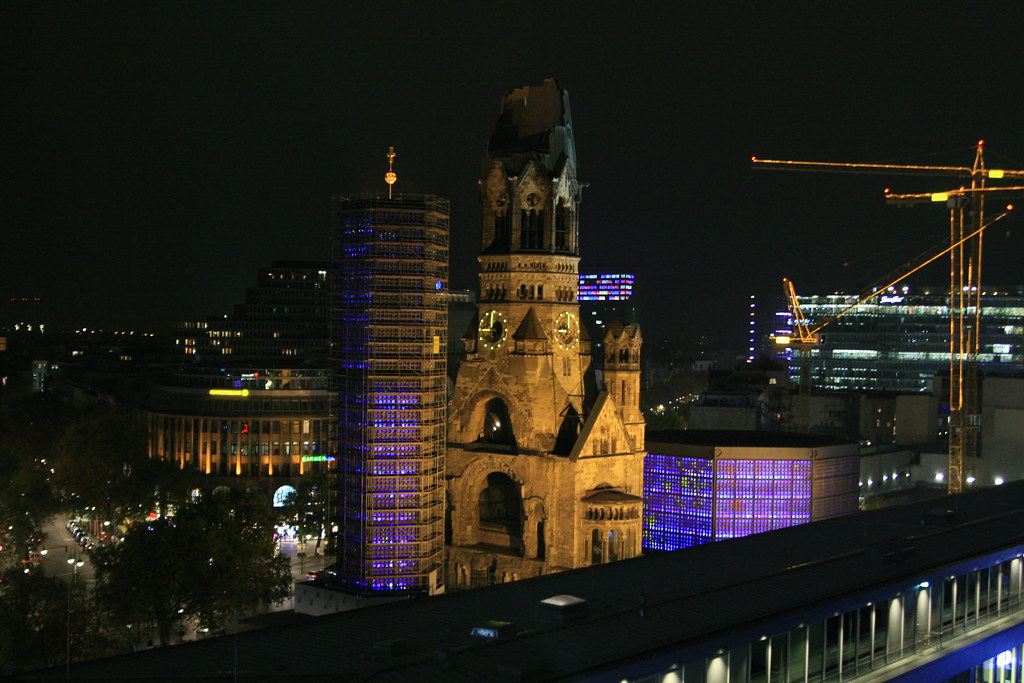 I will come back to Berlin.  I hope it's soon.

P.S. Most perfect of all was the man appearing to surprise me at Heathrow on Sunday evening, providing a much-appreciated lift home, and pub dinner.  Brilliant!
Posted by Miss Smith at 07:30