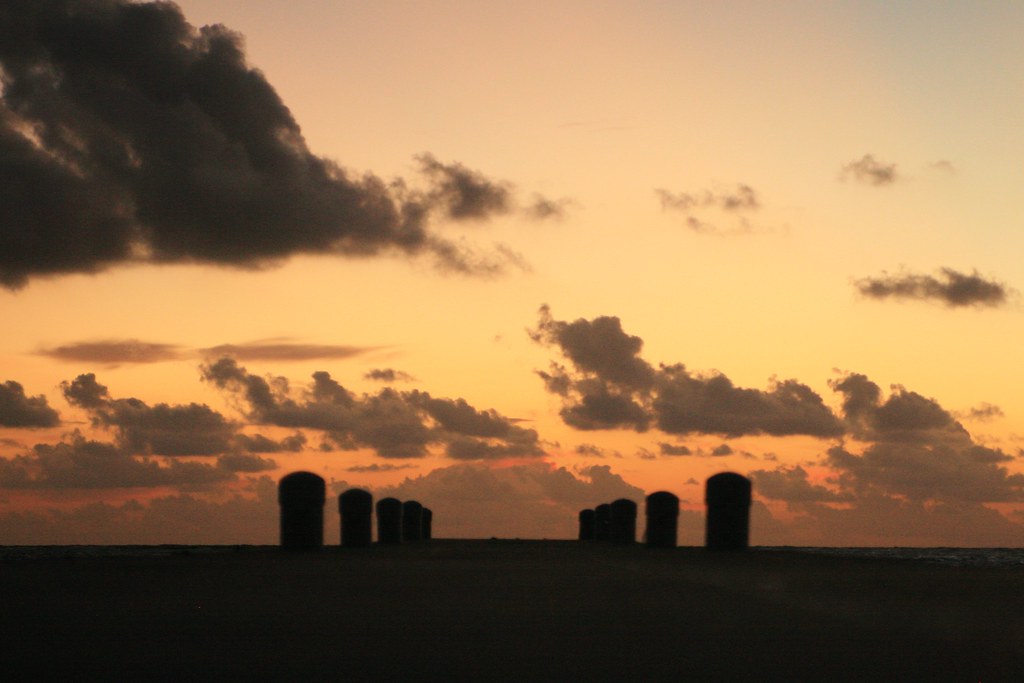 I have to credit him with the idea. Even if I'd thought of it, I wouldn't have suggested it as it sounded just a little bit crazy.  What if, he said, we get up at half four, drive around to the eastern side of Grand Cayman and watch the sunrise there?

I loved the thought.  That he wanted to go for it, that he was willing to go for a mad-cap pre-dawn wild goose chase to the sun. That he was happy to forgo the lovely cosy comfort of a lie-in for a sunrise mission with no guarantees of actually catching it. How could I resist the inherent romance of the adventure? I love him all the more for that.

But of course rain thwarted the plan.  And the odd storm.  But we still had one more night on the island. And when I stuck my head out of the door on that morning, we were in luck.

This time was a winner, had to be a winner.  Our last day.  Our last chance to catch the sunrise.

I drove; I insisted as I loved the idea of chasing the dawn around to the other side of the island.  The roads were quiet and as we streamed along the coastal road, the first glimmers of daylight began to appear on the horizon.  We didn't have a destination in mind, instead hoping to drive as far east as possible and then claim a deserted stretch of sand.

Our luck was in.  We found our beach, and it was all ours. This time our operation was more professional as we'd been able to borrow deck chairs from the hotel. 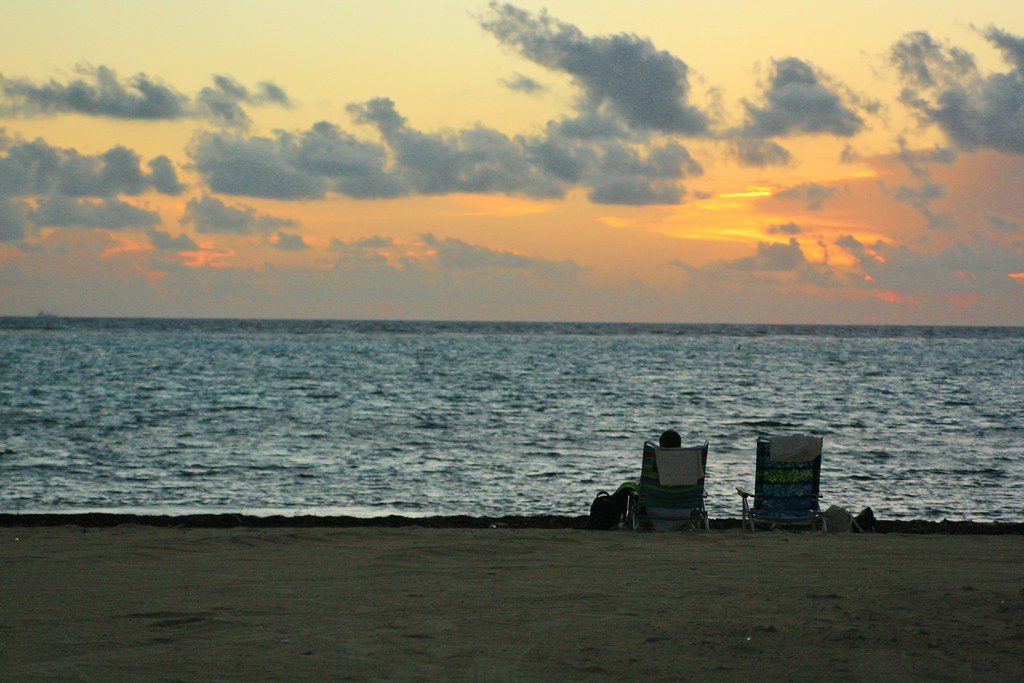 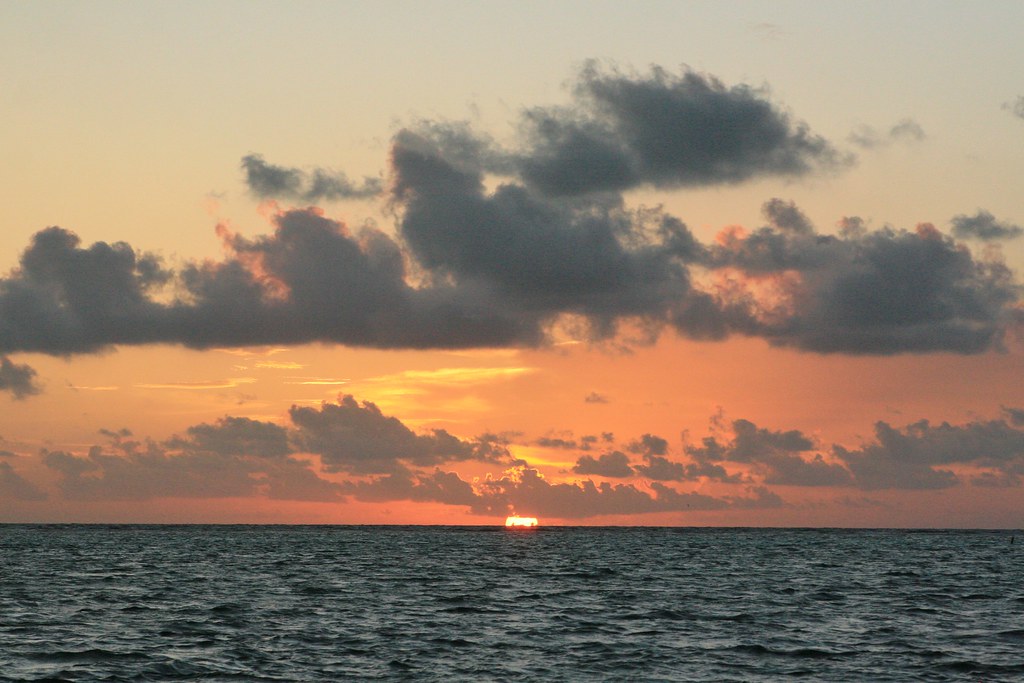 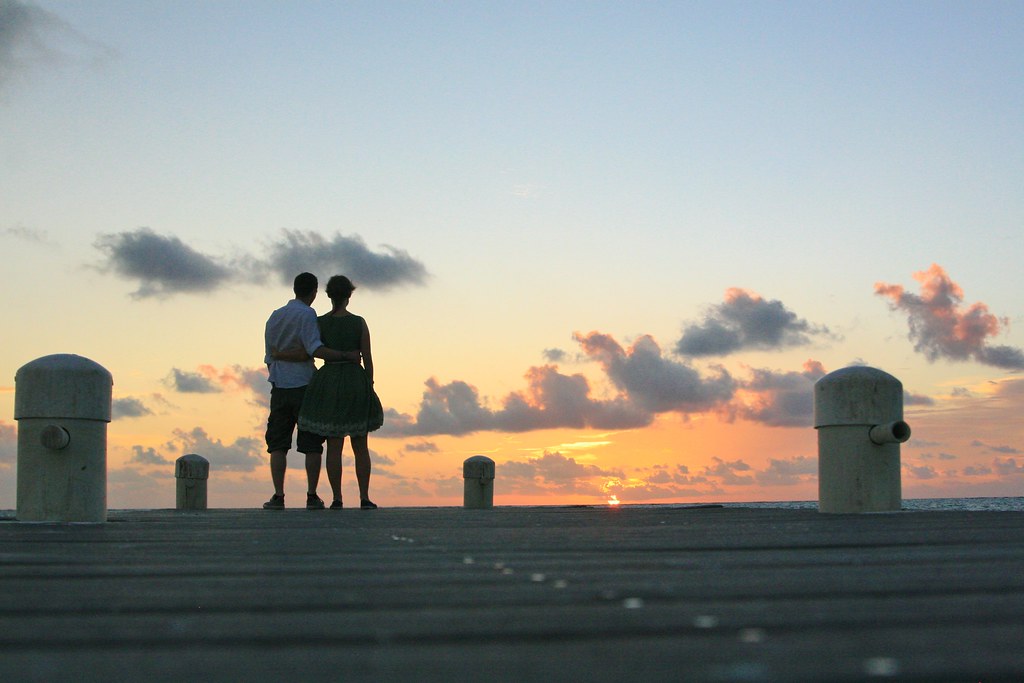 It was so worth the wait.  A perfect morning.  A perfect moment.  These pictures are some of the best souvenirs I could have, but they don't fully convey the gloriousness of the sun appearing on the horizon, the clouds streaked with vibrant colour, the sounds of the sea, the peace and the excitement wrapped together in that sunrise. 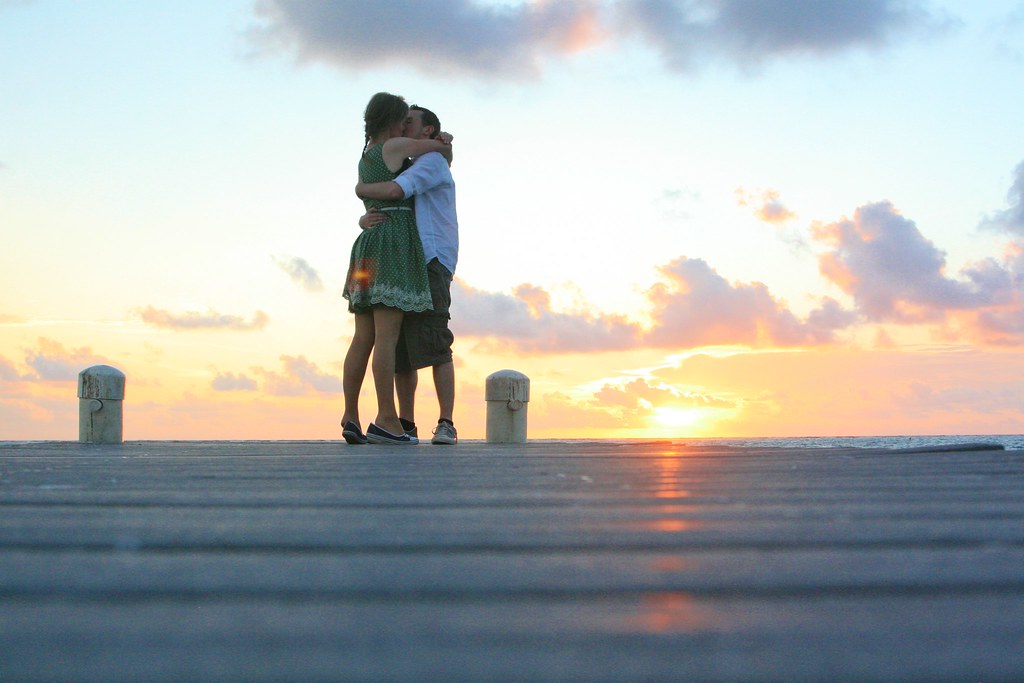 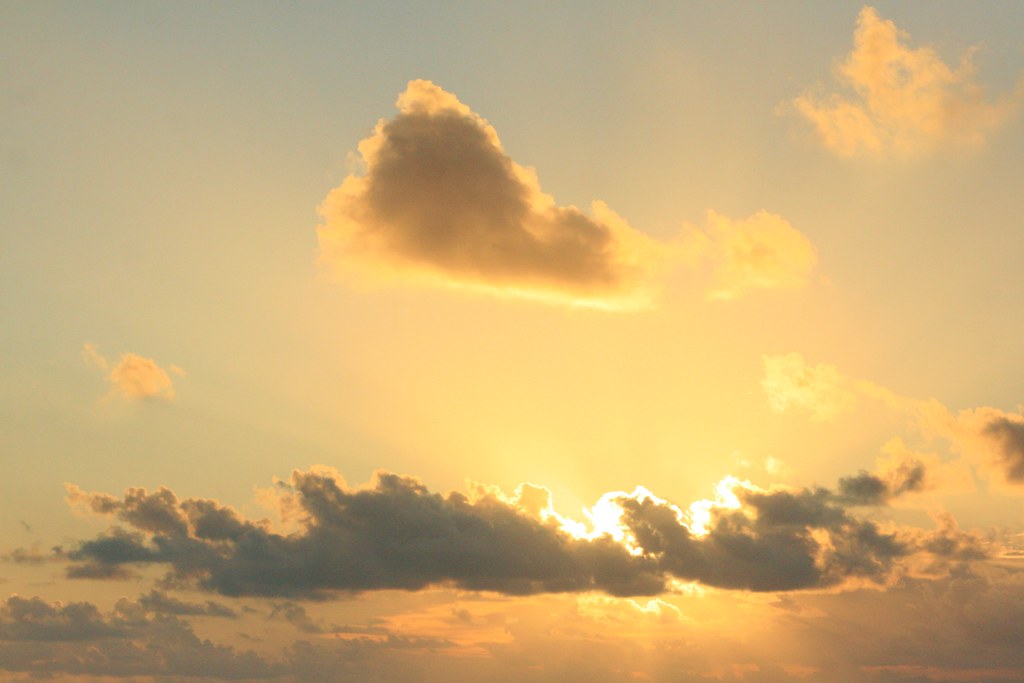 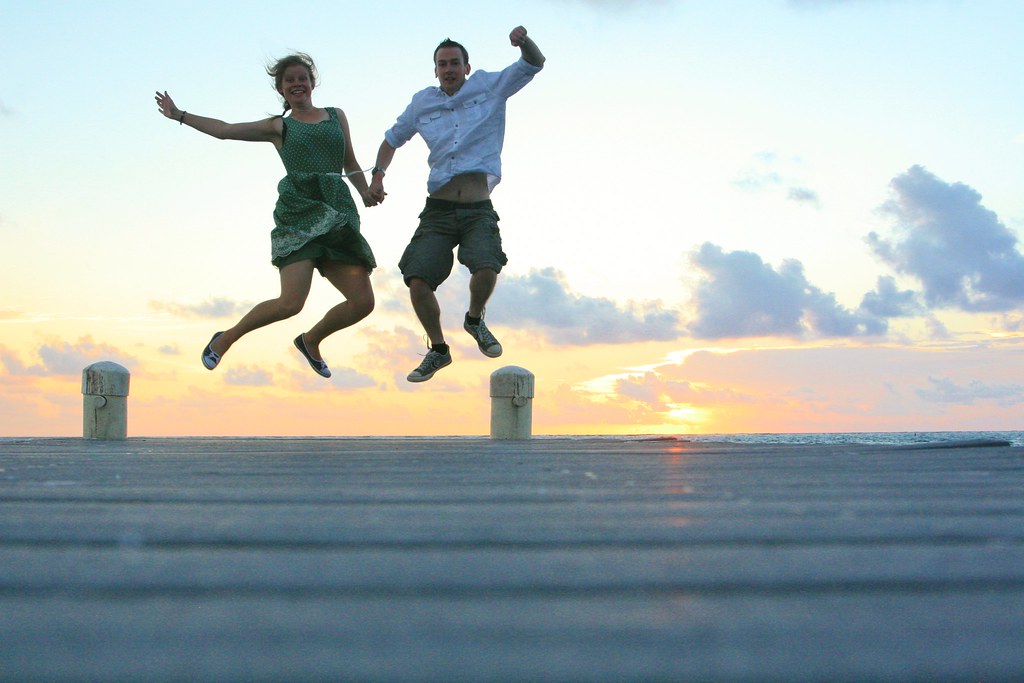 It was that morning when I found the conch shell too.  I suppose you're probably not supposed to take them, but it had been long-since abandoned by its resident and was a little battered, and I couldn't bring myself to leave it behind.  I saw it just as we were climbing back into the car.  I jumped back out, shook off the sand, and popped the intricate shell under the passenger seat. 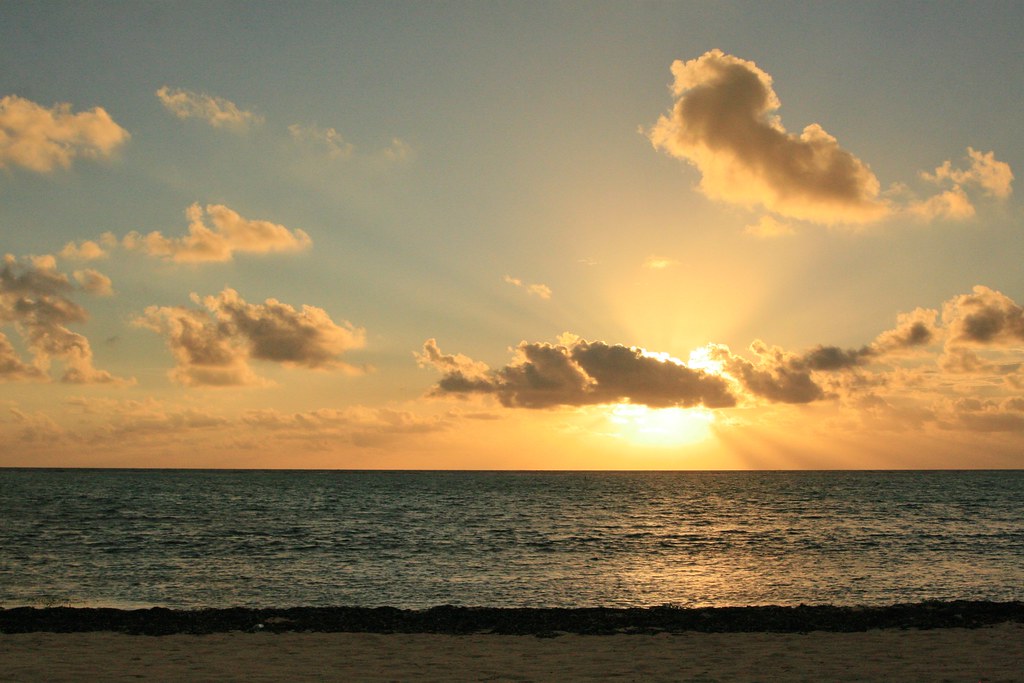 Later, I cleaned it, and wrapped it up carefully in my clothes to protect it from the battering my backpack would undoubtedly receive on the journey home. It made the long trip unscathed.  It's currently sitting on my windowsill.  A lovely reminder of bright mornings and wonderful moments as we head into winter.

P.S. I can't imagine a more wonderful way to achieve goal #26: get up early and photograph the sunrise. When I wrote that goal, on my list of things to do before I'm 30, I never dreamed it would be with him on a beach in the Cayman Islands.
Posted by Miss Smith at 09:30