london love: a stab in the dark 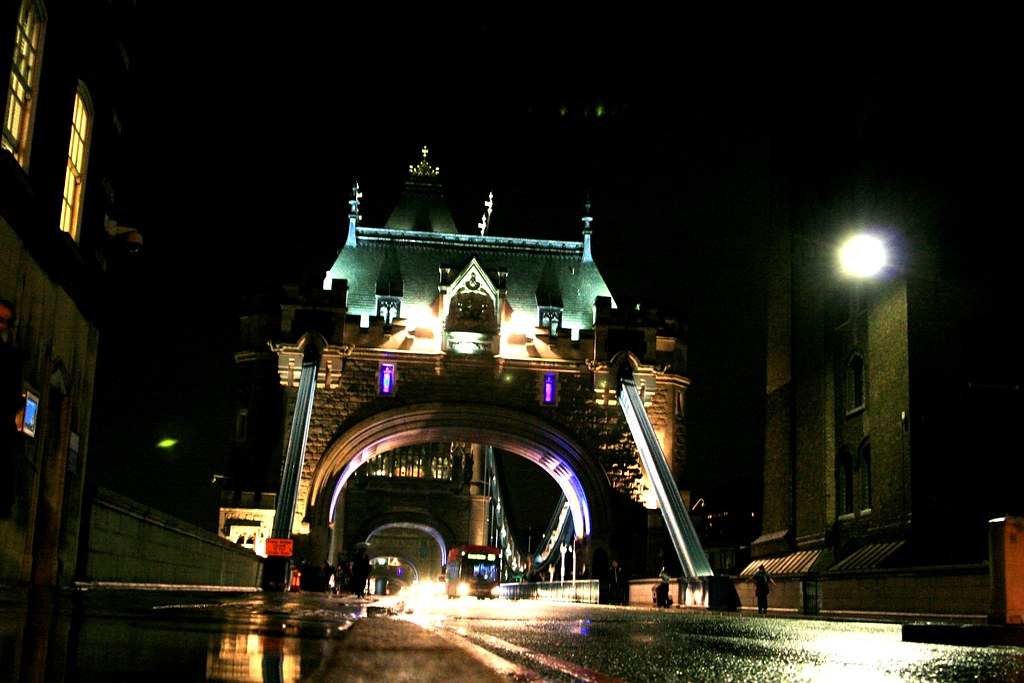 On a dark, miserable evening in the Big Smoke, a crack team of detectives stumbled out into a downpour and set off to solve a murder most horrid...

A Stab in the Dark is an interactive game organised and run by the incredible creative minds at A Door in a Wall. I had rustled up a posse as soon as I heard about the idea, and then had to wait excitedly to find out what was going to happen.

Our team of six met in a bar just south of the river and, along with other shifty-looking groups, learned the grisly details of a book launch gone very wrong.  Instead of making a public appearance to advertise the sale of his autobiography, Don Gowin, noted horror film star, had popped his clogs.  And not under natural circumstances...

We got to work and examined what we knew of the crime. We had three suspects, snippets of brilliantly pun-filled information that may or may not be useful, and a healthy suspicion of pretty much everything. Each group had 2 hours to go off and follow up six leads, gather clues and rattle around the locale causing mayhem. In the course of the evening, we were significantly rained on, auditioned for a play (I was a corpse), had our fortunes told by a medium in a pub using tarot cards (an unconventional detecting technique), hacked a twitter account and decoded secret messages. 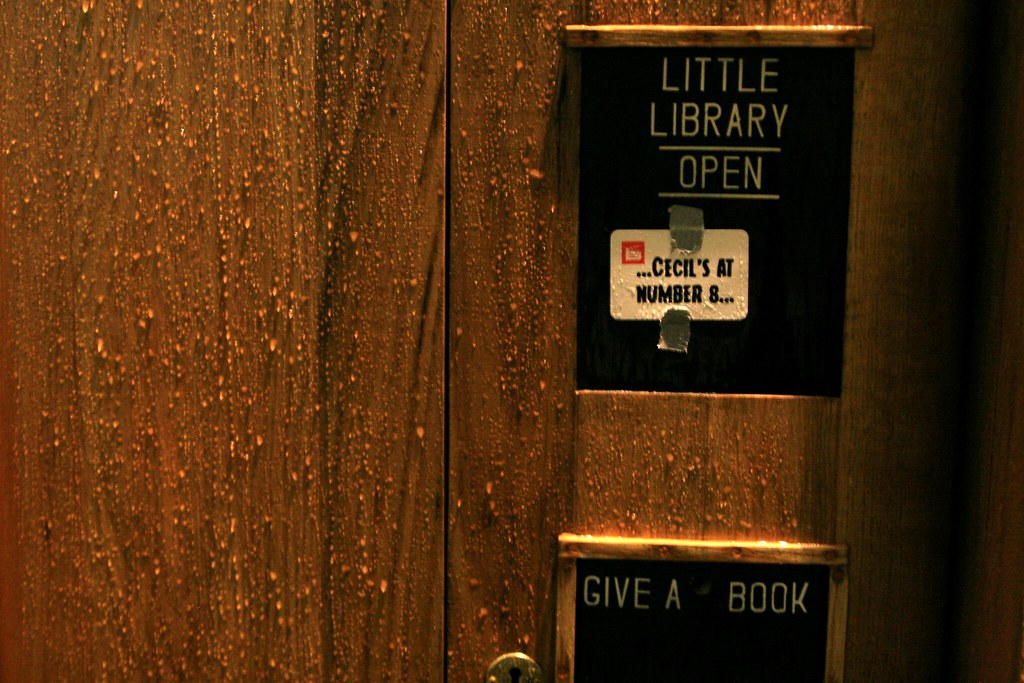 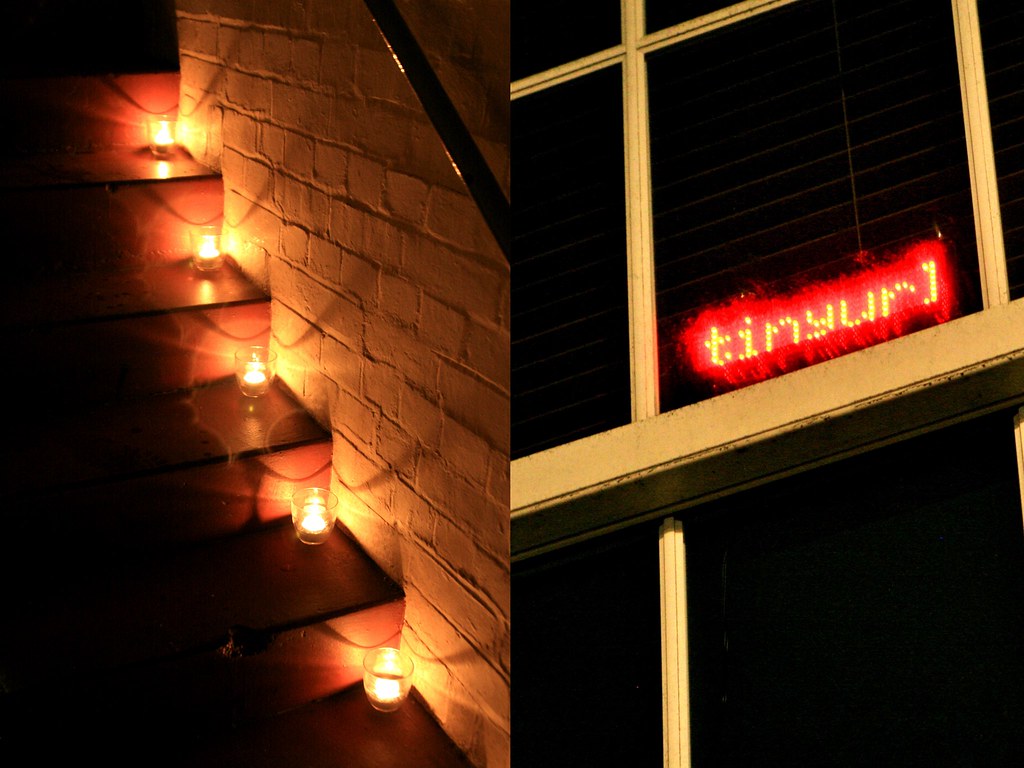 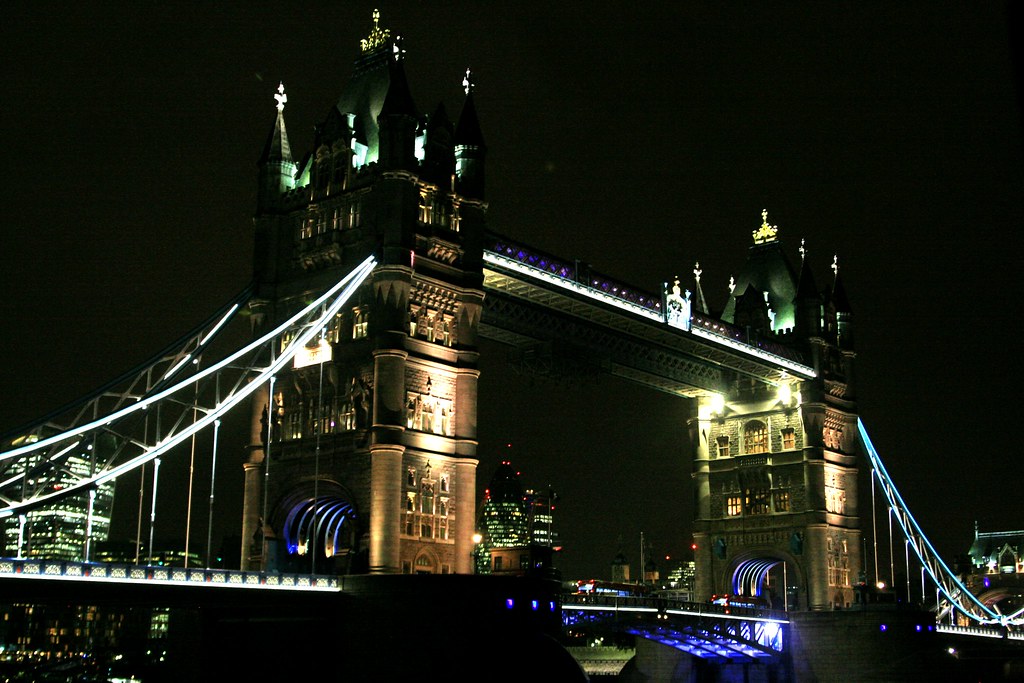 And then there was my favourite bit: zombie apocalypse survival training with scout master Bob O'Job. We completed all the sections of the course admirably which were BRavery, Ambush Avoidance, Assault, Imitation, Navigation and Security. Or if you prefer, BRAAAINS. And he gave us a badge! Sadly there was only one badge for the whole team to share.  This was obviously not going to go down well as both I and trusty teammate Laura are keen Guide leaders with an obsession for badges. We therefore embarrassed ourselves with much pathetic pleading and explaining about Guides, and so he gave us one each. Yep, I did my zombie apocalypse badge!

The reasons why this training was necessary were complicated and to do with plot, which I won't go into here. You wouldn't believe it even if I told you. 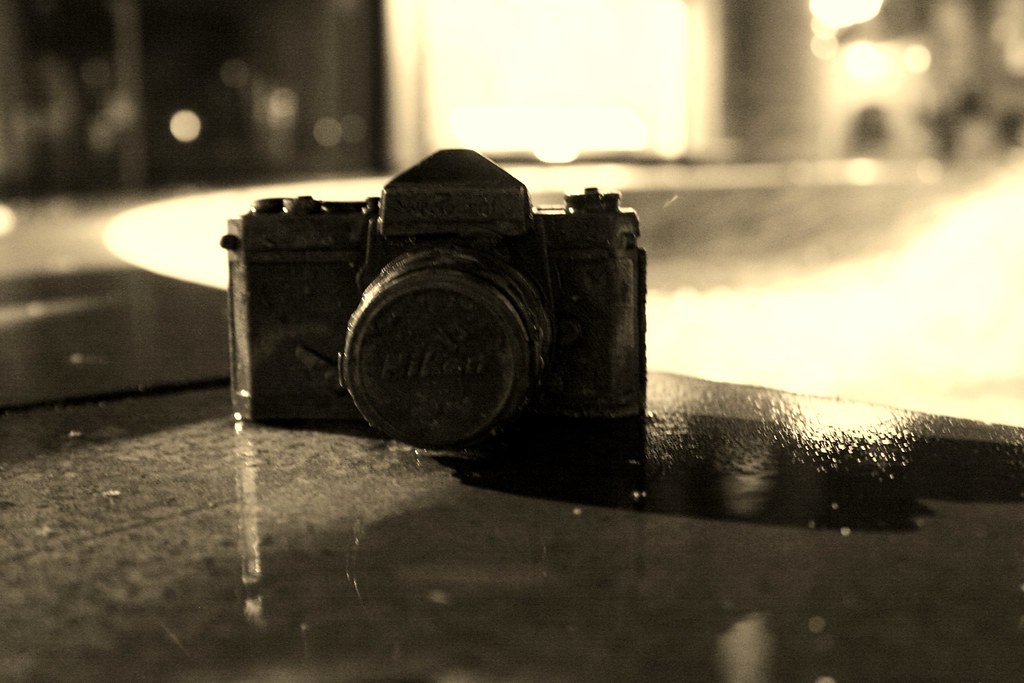 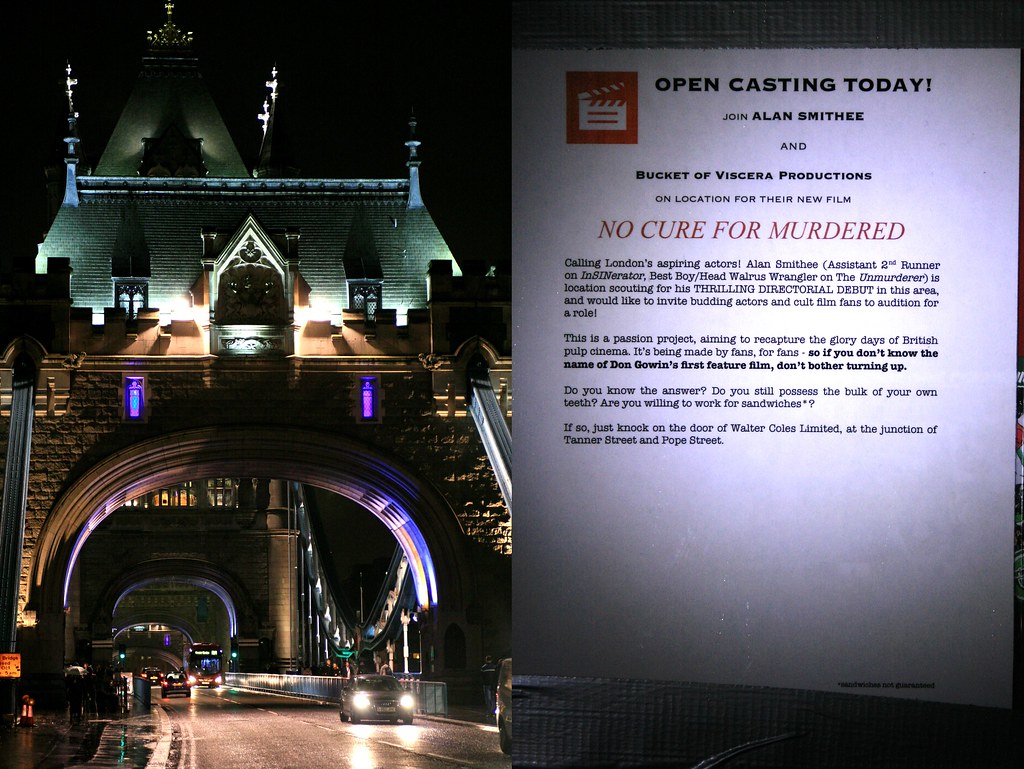 I felt like a femme fatale in a deliciously dark film noir, camera poised to document clues, heels clattering mysteriously through the dimly lit alleys of deepest, darkest London.  Although on reflection, I was wearing sensible shoes instead of heels, and I was a bit bedraggled from being rained on.  I don't think femme fatales wear hoodies, and their hair is always glamorous.

At the end of 2 hours, we had to return to base and use 40 minutes to construct our case. And we got most of it right with a correct whodunnit and howdunnit, but couldn't find a motive. Clearly, we had missed A Clue!

Anyway, A Stab in the Dark was hugely entertaining and it was pretty exciting to trek around Tower Bridge and the Shard in the dark, investigating clues and stumbling along alleys and into bars and so on. The event was planned to perfection: everything worked brilliantly and was so slick and well-structured that we became completely immersed in the very-believable world.  While it was a little annoying to run into other teams at times (especially when they had cheated and split up!), there was plenty to keep us occupied: we only managed to follow up around 4 of the leads, and we didn't complete all of those.  This meant that no teams ran out of things to do, and there was a real incentive to hurry along!

In summary, it was a brilliantly original night out and I loved it!

P.S. Sadly the man was abroad working at the time, and missed all the fun.  I guess I'll just have to go again and take him along to solve another mystery!

Email ThisBlogThis!Share to TwitterShare to FacebookShare to Pinterest
Labels: Before I'm 30 I will..., London Love