Lomography Petzval Workshop: The LensThat Dreams Are Shot With 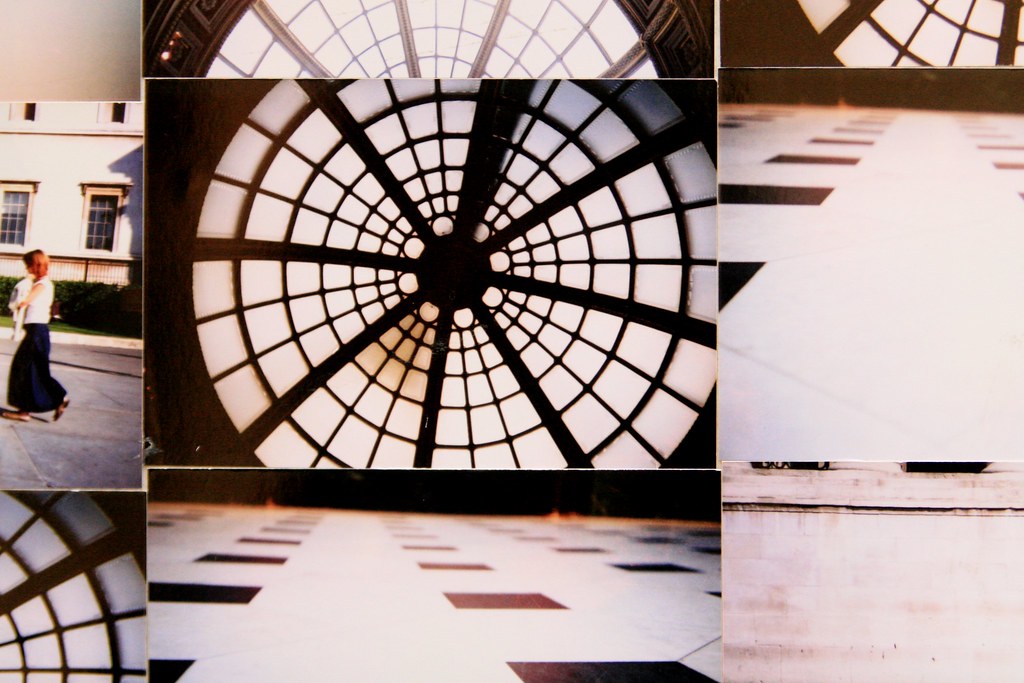 Part gallery, part camera emporium, almost fully analogue and the base of London Lomography workshops, the Lomography shop in Soho is full of film delights. Whenever I venture near Carnaby Street, I always swing by the Lomography shop to coo over their beautiful cameras and admire the incredible design.  An entire wall is given over to a mosaic of film photographs and it provides a stunning backdrop that almost makes you want to fling away your dSLR and proclaim film to be apex of all things photographic. (Almost, because actually I love my camera and have no intention of flinging it anywhere). Lomography aims to resurrect retro film cameras, giving them a lovely vintage touch and encouraging you to get out and be amazed by the power of film.  While the equipment isn't cheap, it is enormously enticing.
While Lomography is centred on film they do produce some digital kit too. This particular chilly December afternoon found me in in the Lomography shop to take part in a workshop test-driving the shiny new Petzval lens.
While Lomography kit can be pricey especially with the added, regular cost of film and developing, it must be noted that the workshops are incredibly good value.  Most workshops retail for around £10 and you usually get a roll of film and loan of equipment included.  This particular workshop was even better value as it was free! 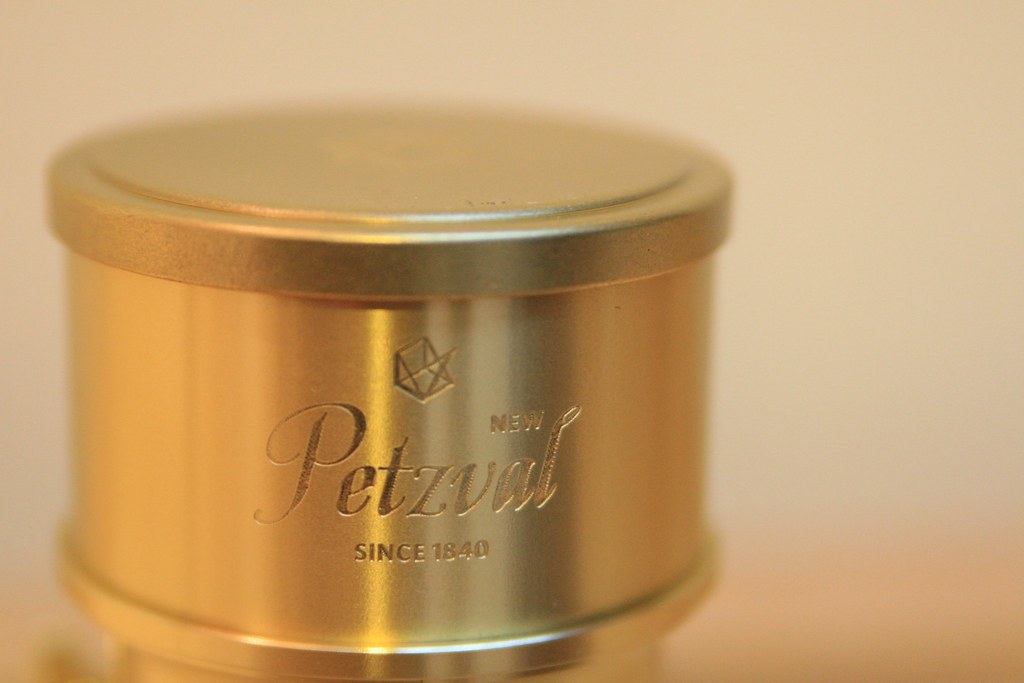 The Petzval is a weighty, golden lens which comes in a variety of mounts to attach to your dSLR. I have shot in digital for many years, and I do like to be able to take lots of shots without worrying about what film is going to cost me.  I also like to glance at the pictures I'm getting and tweak the shutter speed or aperture as I go.  However, I can't deny the appeal of getting that dreamy, filtered, film look for real in my trusty dSLR. To me, the Petzval embodies the best of both worlds. 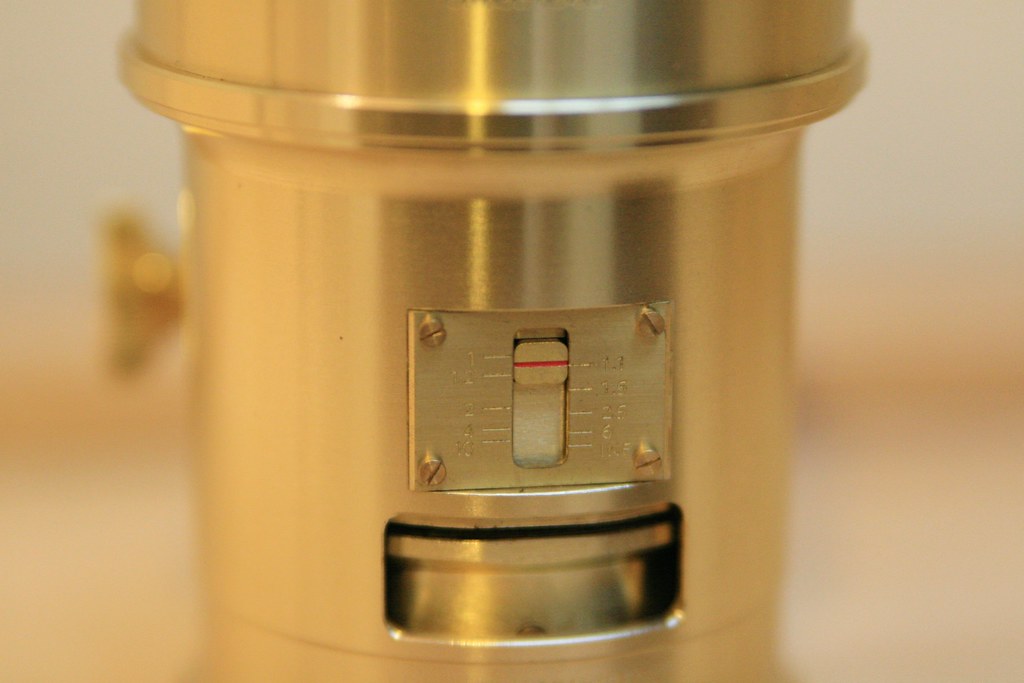 The Petzval is designed to simulate these lovely, filmy effects in camera.  It is nothing if not beautifully retro from the reassuring heft of glass and metal to the screw-thread focus mechanism and the slot in the lens into which you place little plates of different sizes to adjust the aperture. 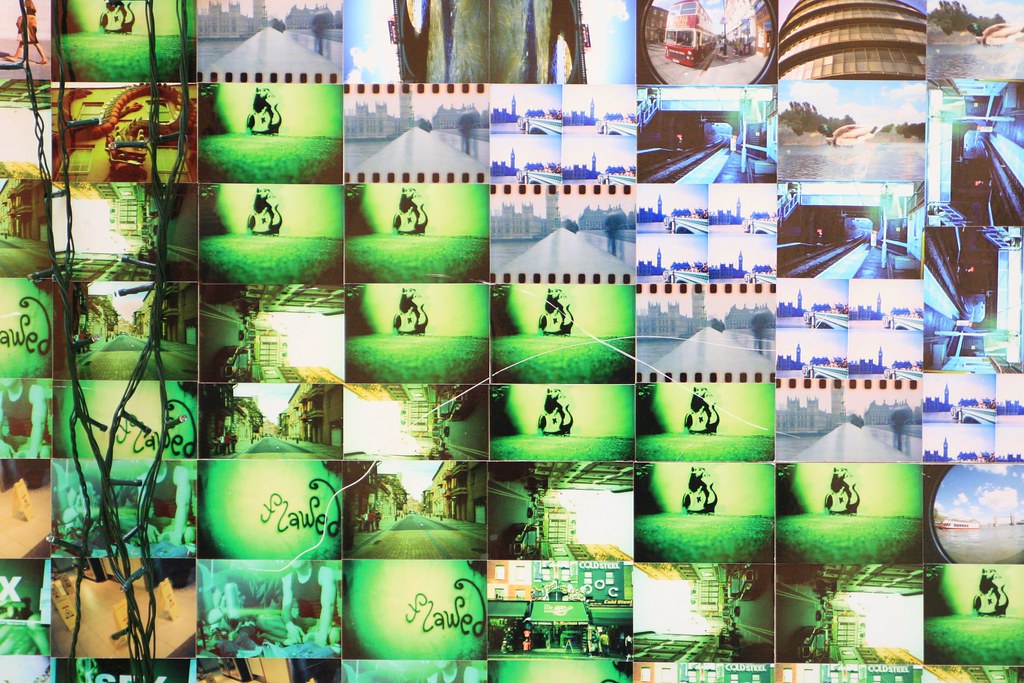 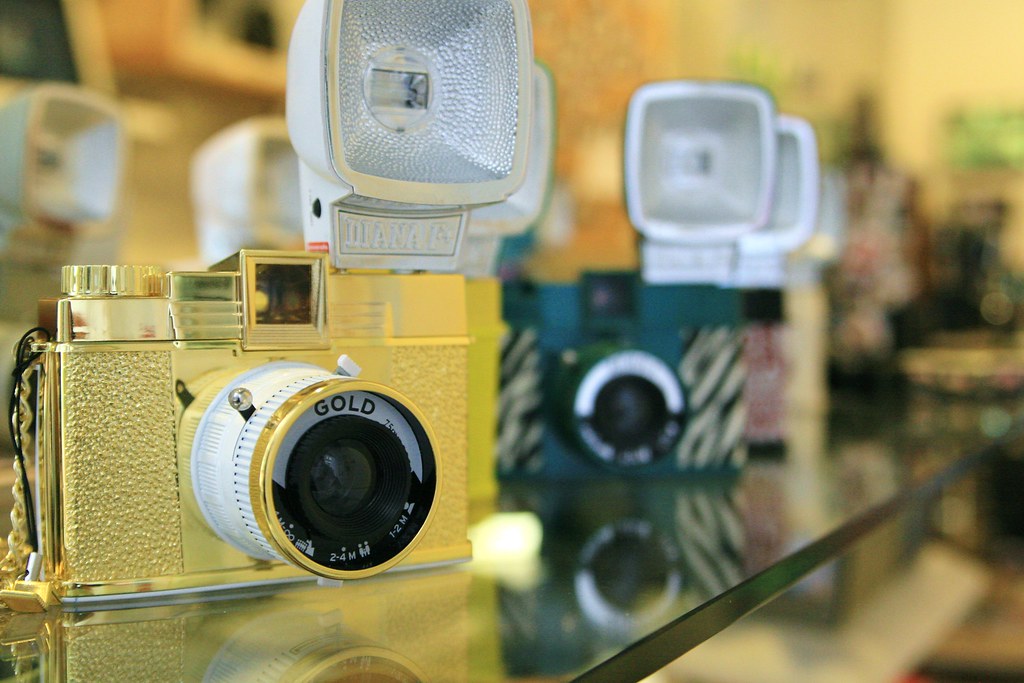 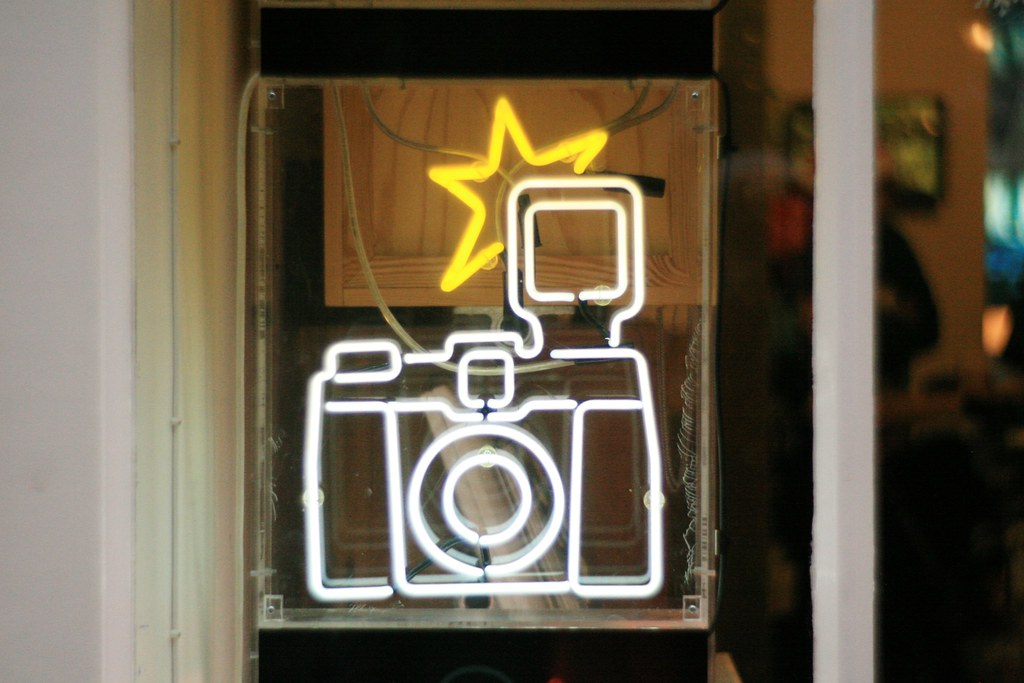 When I arrived at the shop with a maths department colleague, we were each given a lens for our cameras and a set of aperture plates to share.  After a quick introduction to its workings, the member of staff advised us that the best way to learn was to experiment, a philosophy that I think does indeed hold true for photography. Little more was really needed from the staff, so while the instruction was minimal, the mechanics of the lens were simple to operate and understand, and I appreciated the freedom to do as I pleased.
We were advised that the twinkly lights across the road made for good pictures, and that we needed to back in three hours.  So we bolted for the great outdoors (of Central London) each toting £450 of kit, winter sunlight glinting off the brass lens casing and very excited indeed to flaunt our new toys. We left behind our ID in return for the loan of the lenses, but to have literally hours to spend shooting with the lens, and to be able to keep all the digital photographs I could take made this workshop exceptionally good value.
So far, all the photos in this post have been from my dSLR as per usual.  The ones which follow are the result of having the Petzval lens screwed into place.﻿ 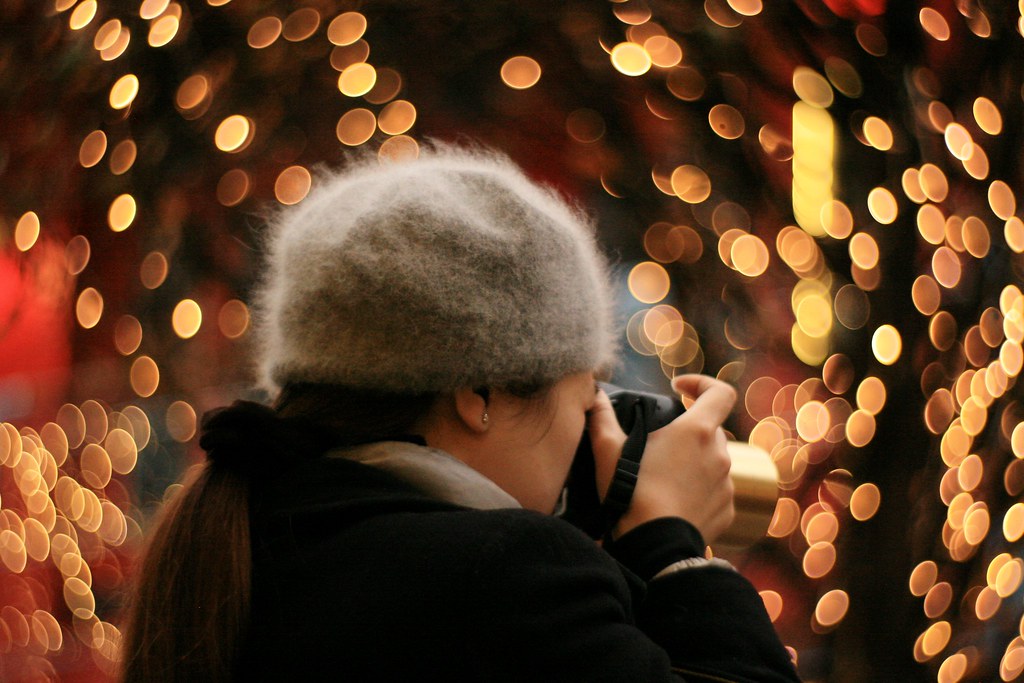 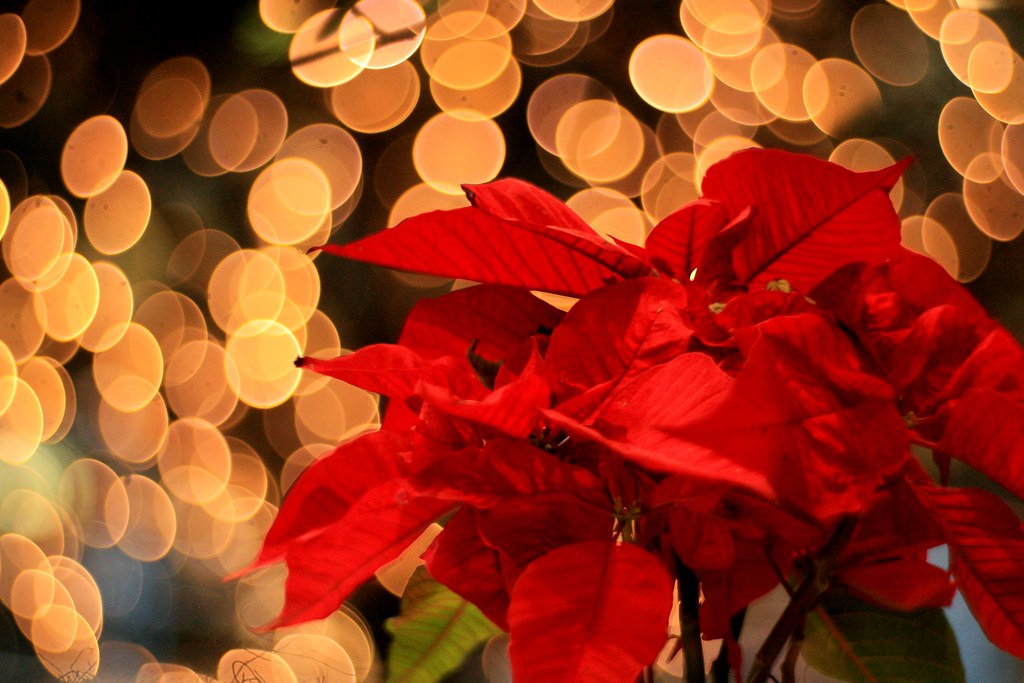 The Petzval itself has areas of sharp focus which you need to manually adjust with absolute, hair-fine precision. This takes some practice as the slightly wobbly nature of some of these photos will testify.  We experimented with the aperture plates, and I opted for wide ones whenever possible.  Much time was spent twiddling the focus and getting the twinkles to pop with the correct white balance.  But oh, it was a lovely lens to use!
Kingly Court is decked out in all its Christmas glory and was a great place to experiment; the lights simply exploded across the lens in an excess of bokeh, and I LOVED everything about these soft, golden pictures from this gleaming lens. However, selfie-takers beware: this is not the lens for you. 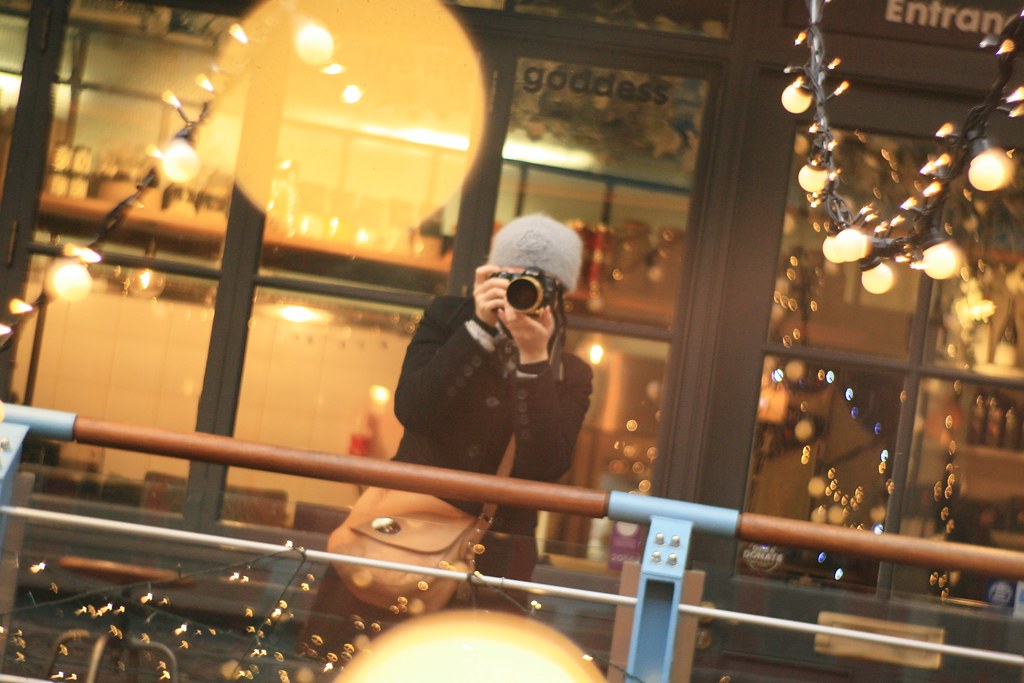 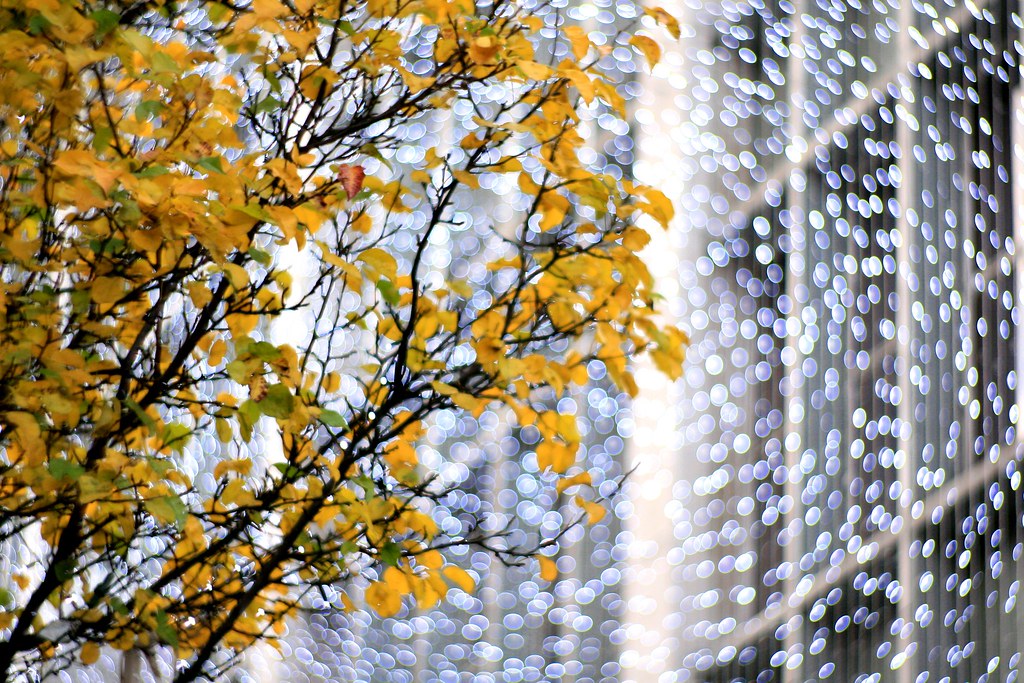 As the afternoon wore on, we headed to Oxford Street to see how the lens would fare with the dancing twinkles of department stores in full Christmas flow.  It was interesting to capture tiny elements of Christmas displays and watch the light flare into bokeh effects in the background.  I have to admit to really hating that fluorescent light they have in shops, and muck about as I might with the white balance, I couldn't quite convince my camera to lose that cold yellow glow.  But the lens performed magnificently; it's definitely love! 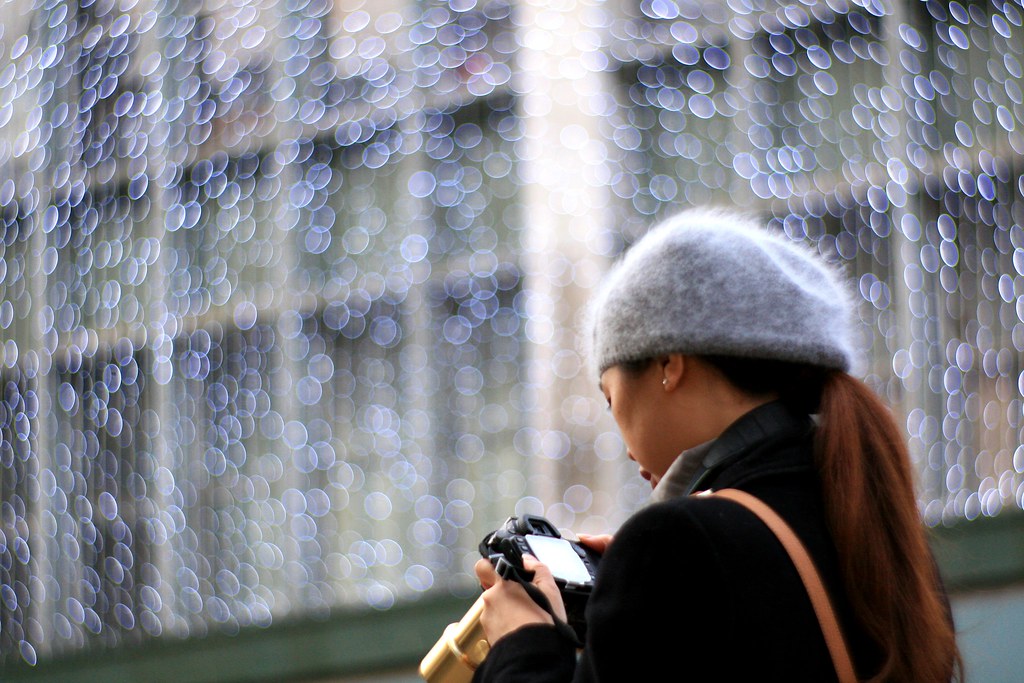 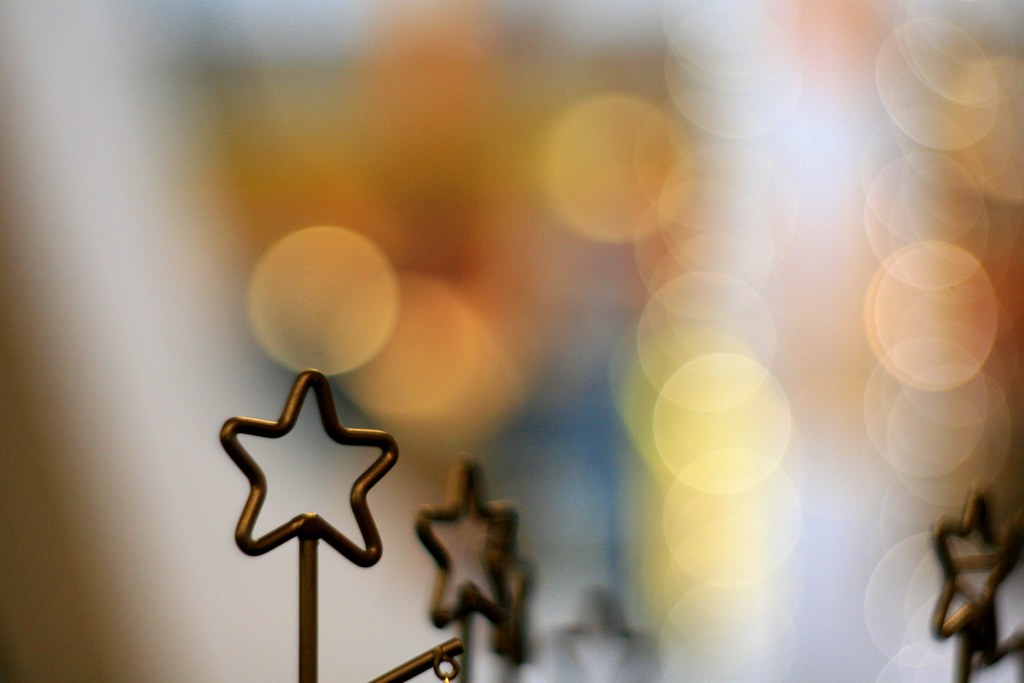 The Petzval would be a difficult lens to use every day.  It's heavy for one thing, and given that the focus is entirely manual through the means of a delicate screw thread, it is not spontaneous.  But I found it to be a glorious lens and for special occasions and the times when light simply pours into your lens, it would get some remarkable photos.  I was very reluctant to hand the Petzval back as I adored experimenting with it; there's something quite exciting about the slightly unpredictable nature of the results.  It would have been nice to have it throughout December; it can make even a simple shot sing with unexpected pops of colour and light. It's the kind of lens I want to take to a candle-lit wedding, or a Christmas tree festival, or German market.  Anything special, romantic and twinkly, nothing too fast-paced. 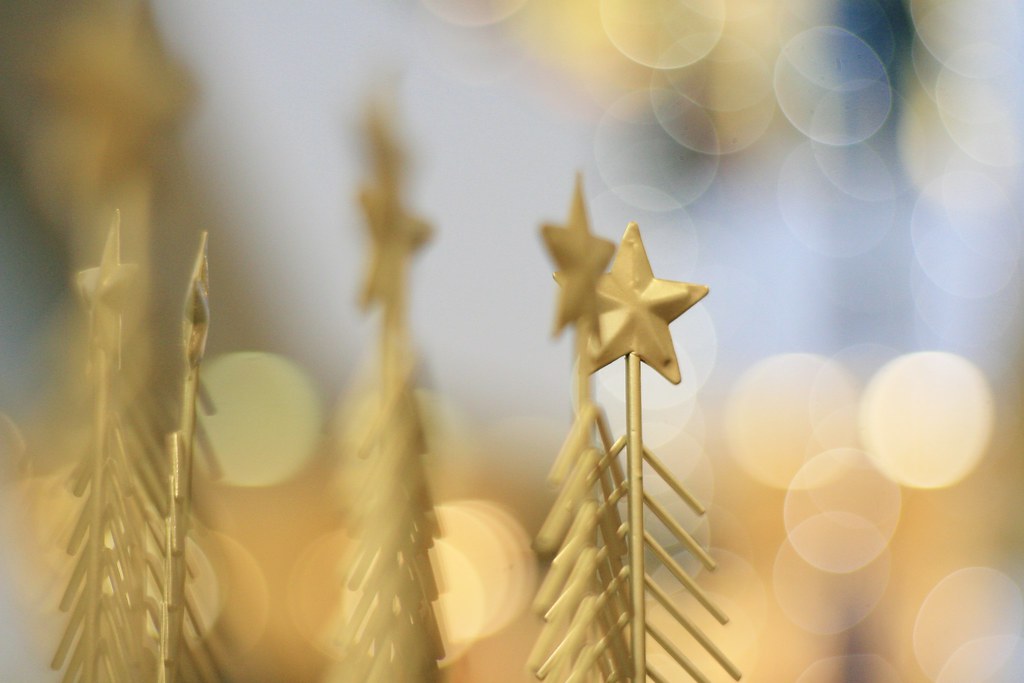 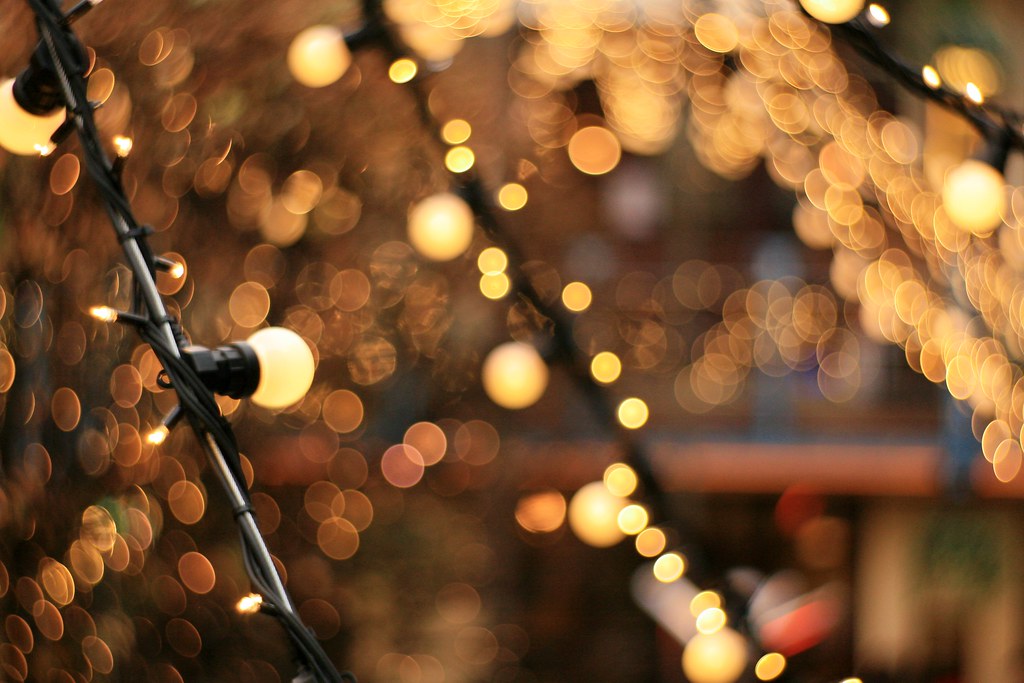 As the light faded, we headed back through Kingly Court to Carnaby Street. I really think I fell in love with this lens.  I was very tempted to run away with it and never return to the Lomography shop. But they had my ID so I suppose they could track me down, and I don't know how to change my name by deed poll.  At £450, a Petzval lens is quite the investment, and I sadly do not have that large a quantity of freely disposable cash.  But my goodness if I did, I would have the prettiest pictures in all the land. ﻿ 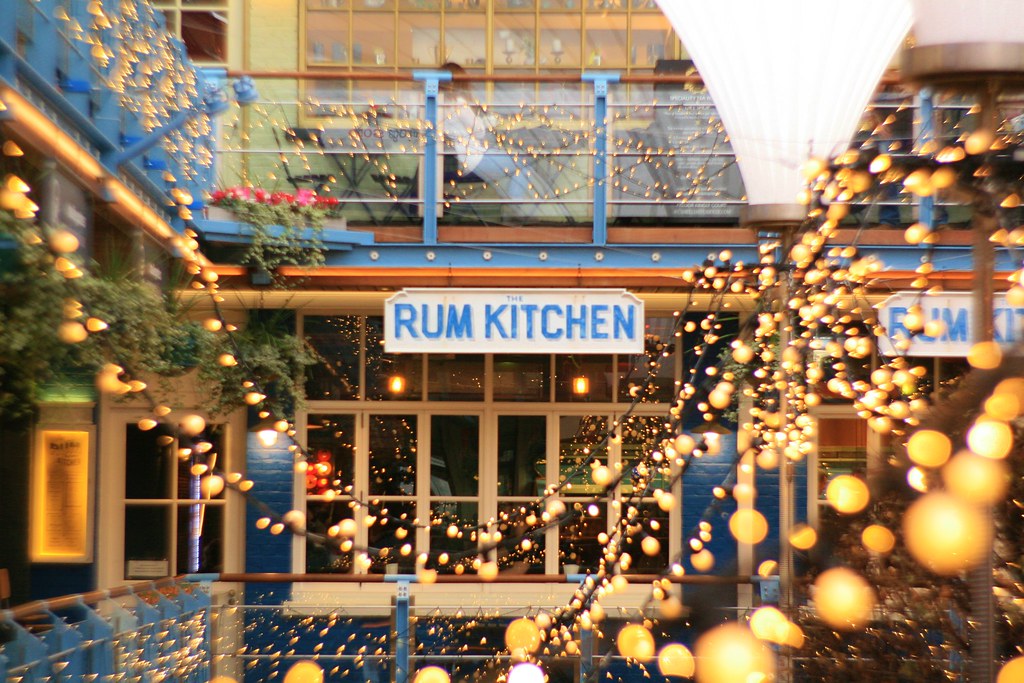 P.S. I'm actually delighted with the shots I got.  Safe to say that I will be lapping up as many workshops as I can in future.