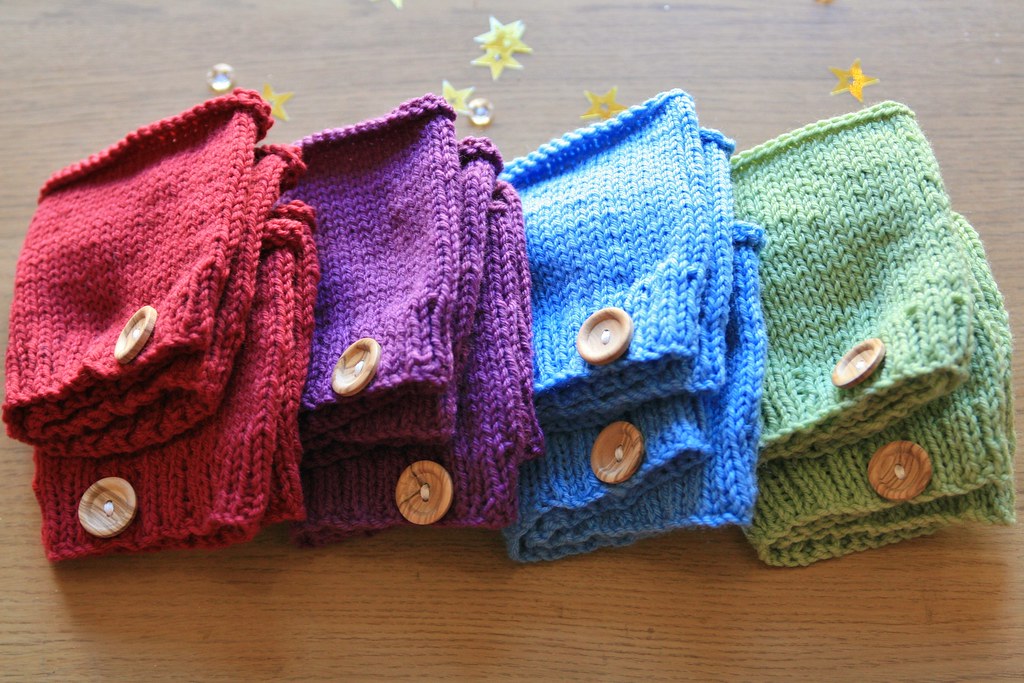 The early part of December found me attempting to manufacture welly toppers at an industrial rate.  You can in fact read all about why I was trying to do this in yesterday's blog post here.

Anyway, the knitting of welly toppers commenced and I got in a good couple of hours on the tube each day travelling to and from work, so that's time well spent.  But sometimes if there's a crush I can't always knit.  It's almost impossible to manage my school bag, my balance, my 5 double pointed needles, and my cup of tea without something to perch on. 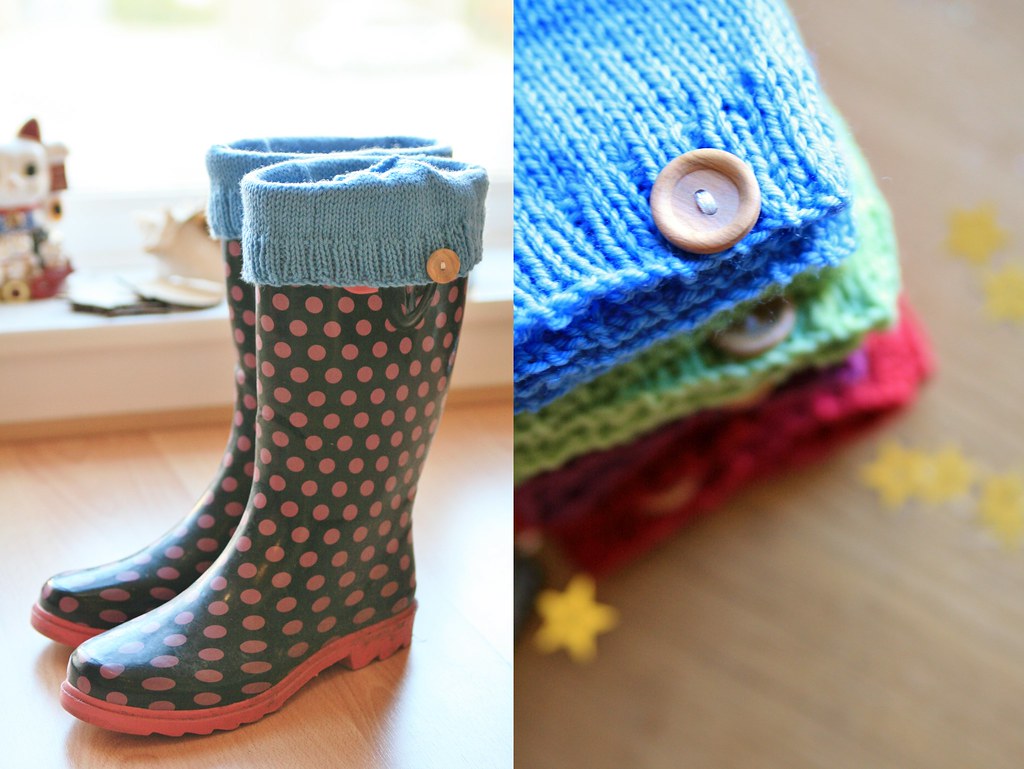 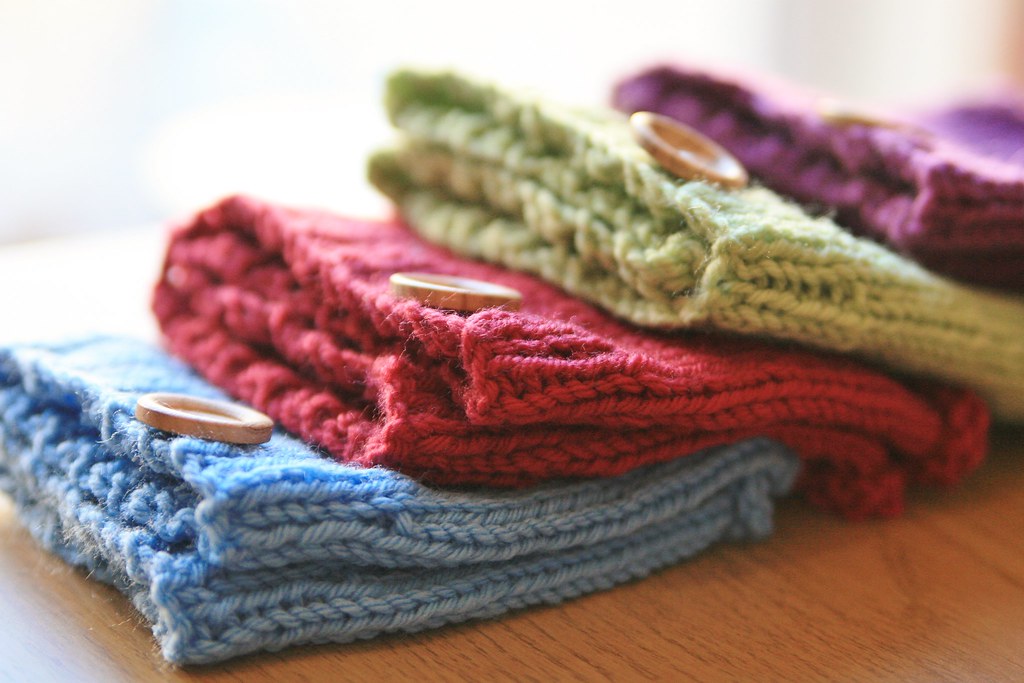 Then there was the day where I gave up my seat early on in my commute for a pregnant lady, and hurrying to get up, unravelled some knitting.  And one morning where I pulled a needle right out of my project and realised that I was missing one.  The stitches had to be picked up, pulled back into place where they had run down, and then re-distributed onto three needles instead of 4 to compensate for the missing one. Knitting at such a furious pace (if you can describe knitting like that) makes my shoulders ache too; sensible posture is hard to achieve in a crowded train when you don't want to elbow other passengers while your needles are flying along. 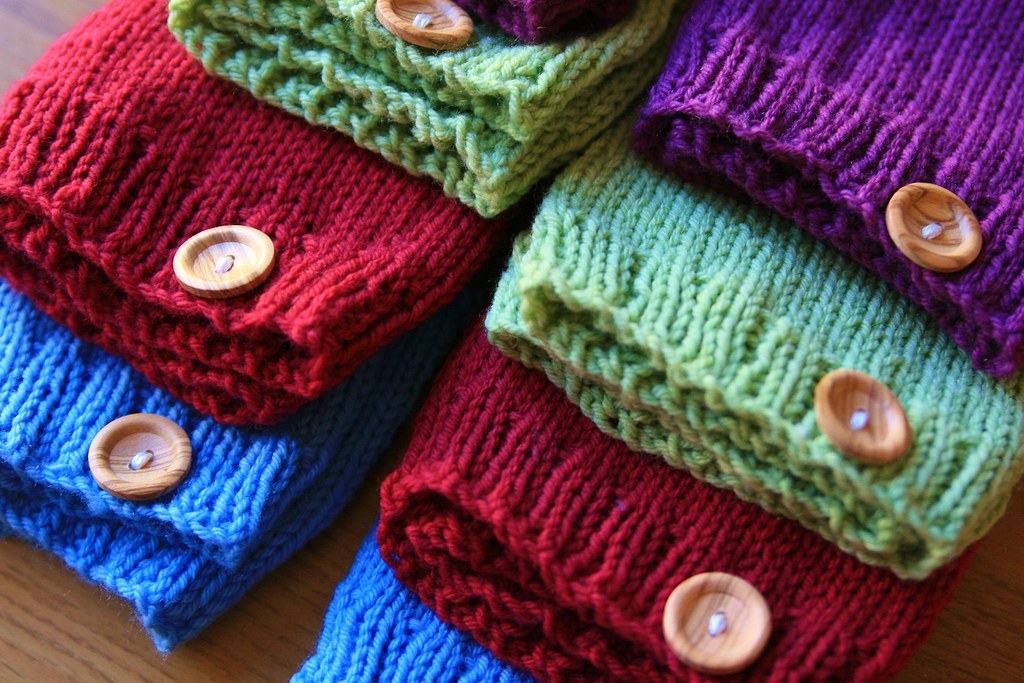 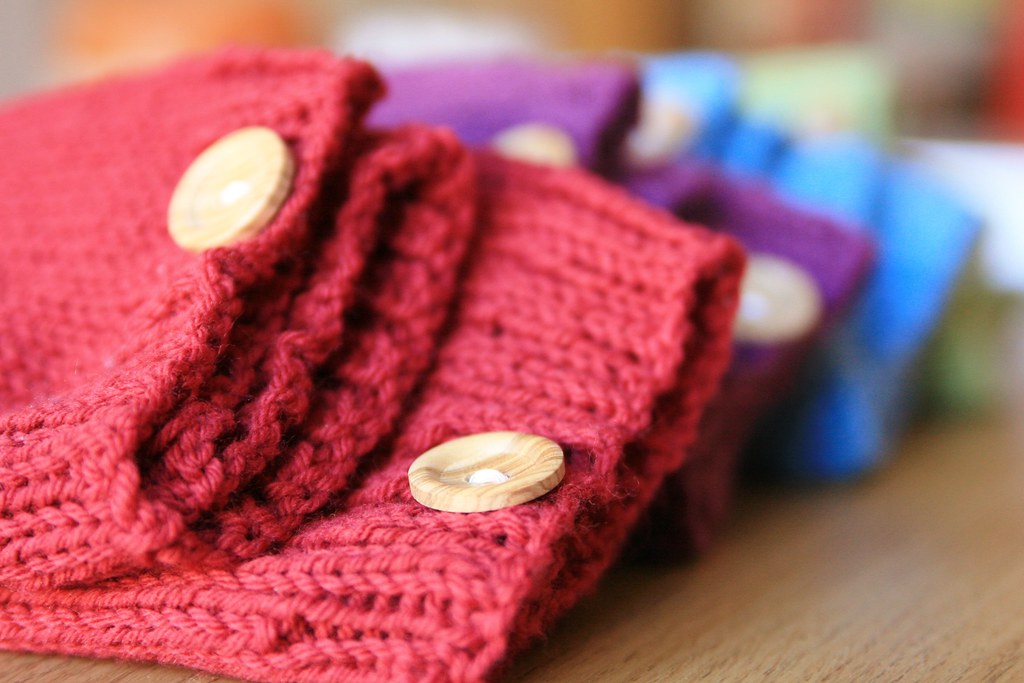 But, at the last minute, with approximately no time to spare I did manage to crank out the goods.  They're a bit of fun, I they made entertaining Christmas presents, they're handmade...and most important of all, we will all look super cool and dead amaze in our shiny new welly toppers. 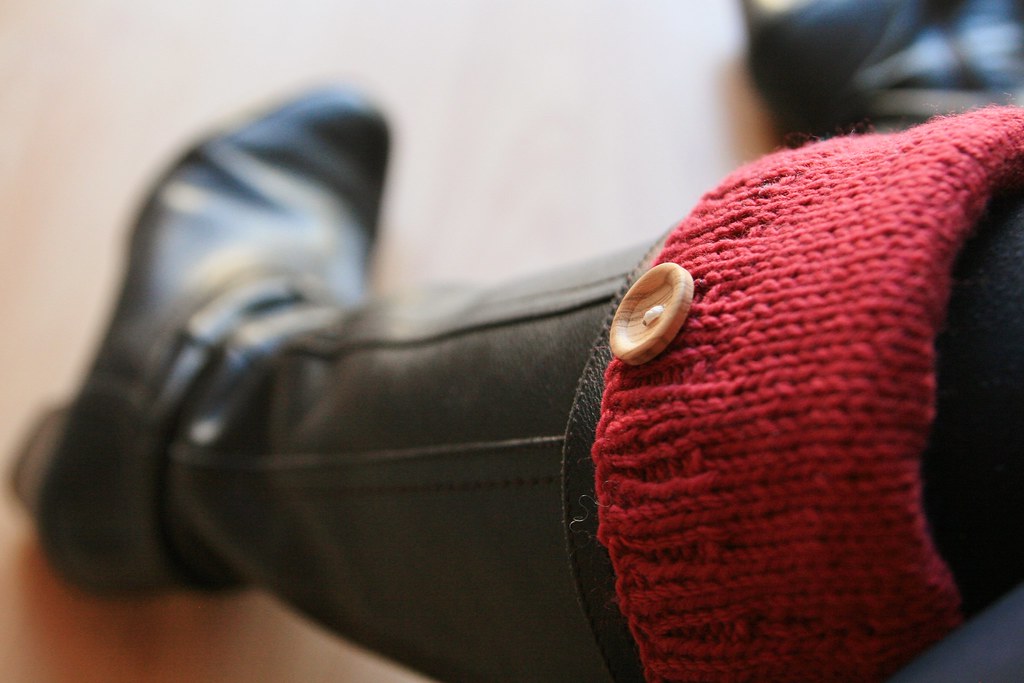 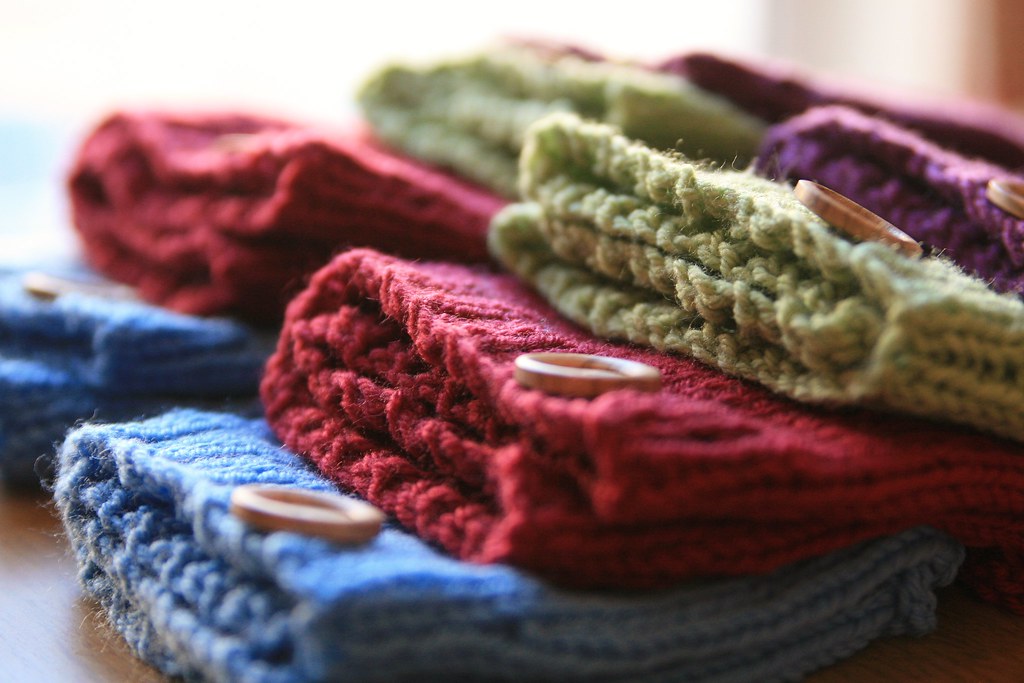 Except me because I can't bring myself to knit my own pair. Right now I am returning gleefully to my delicious, soft baby alpaca.  I can't really face making any more welly toppers until at least 2015! 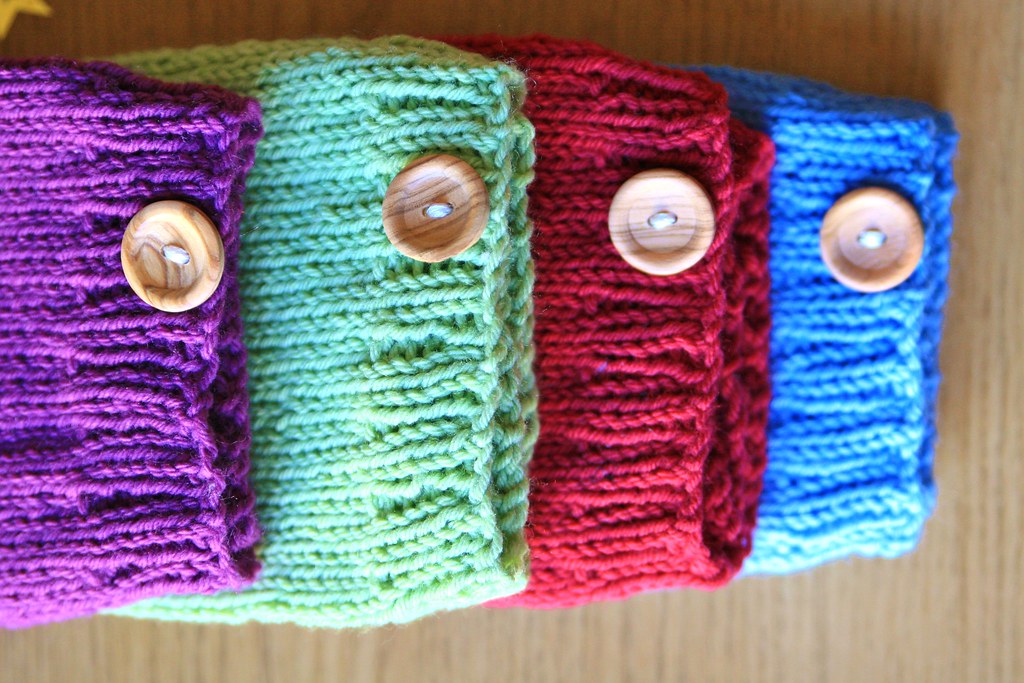 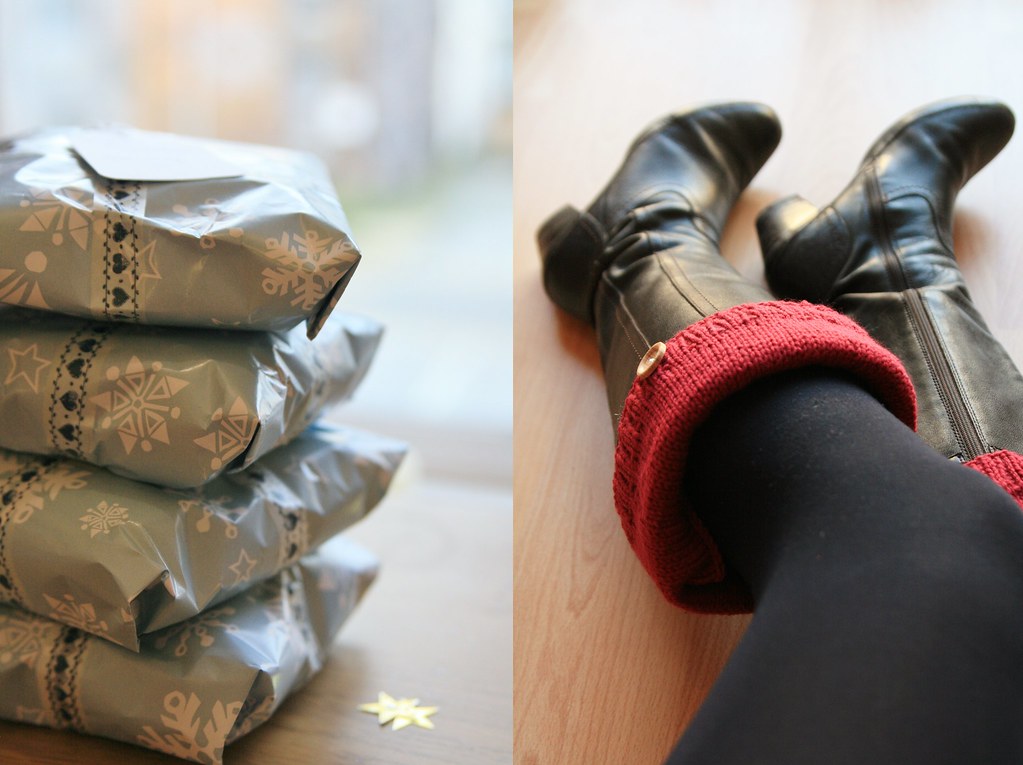 P.S. The Guiders were indeed pleased with their welly toppers.  Once everyone realised what they were, and how to put them on!

P.P.S. Best Christmas social ever though.  We had fish and chips from the local chippy, I knocked out the baked goods, and we had wine and played competitive Bananagrams until the wee small hours.  Although you should have seen some of the words that Brown Owl made with her letter tiles.  Blimey Charlie!
Posted by Miss Smith at 03:00