one man, one roast 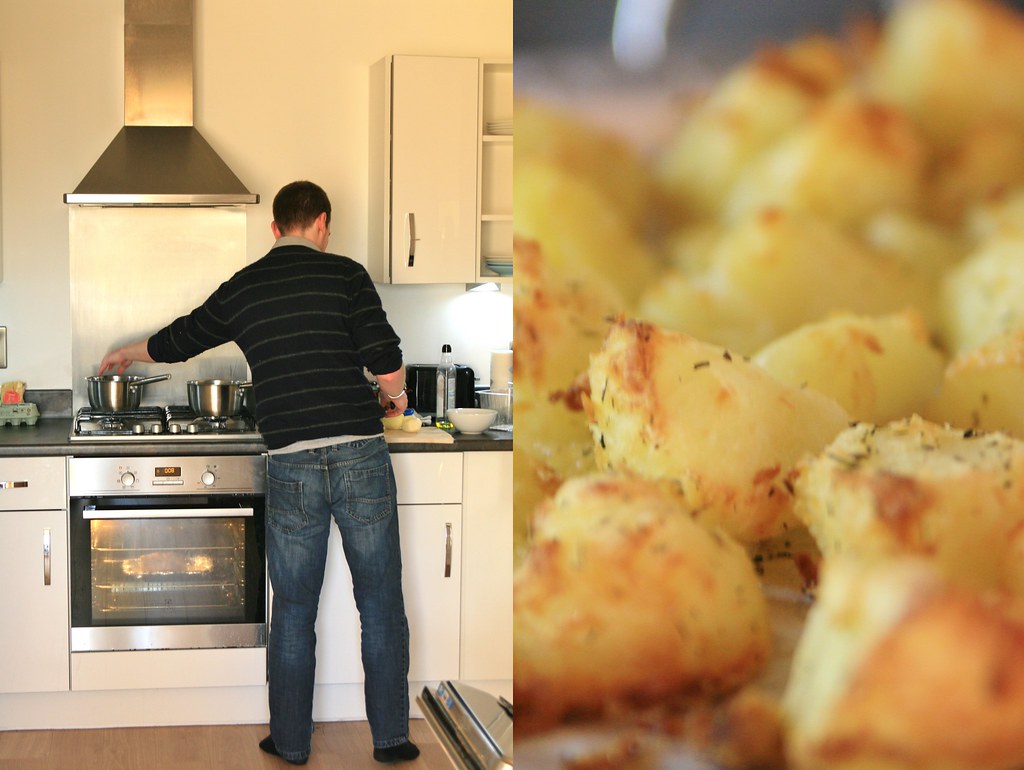 Both the man and I spent Christmas day with our respective families which was lovely, but we added an extra Christmas of our own to the calendar too, for us to exchange gifts, have a Christmas dinner and spend it together.

Dinner was really the man's domain. I suppose the very fact that I had time to take the pictures shows you how much input I had into the meal.  And even though I have photographic evidence of the roast being created, I still find it a little bit magical how he can take all the components of the meal, and a couple of hours later, without writing anything down or scheduling timings or doing any faffing about whatsoever...he has made a whole roast.

It's magic. And it works every time.  He also did a chicken for New Year, and he's made a roast for the past two weekends too. In fact, the very first time he ever cooked for me, he made a roast. Each one delicious, no stress, and he usually manages to find me a glass of wine and a cup of tea. I like to have both. Meanwhile, I do something mundane like chop carrots into wobbly, slightly apologetic batons.

While I am by no means a great cook, I enjoy cooking and feel I'm reasonably competent.  But the man definitely has the edge on me.  Anyone who can create a feast during the adverts of a couple of episodes of Downton Abbey deserves considerable acclaim in my opinion. 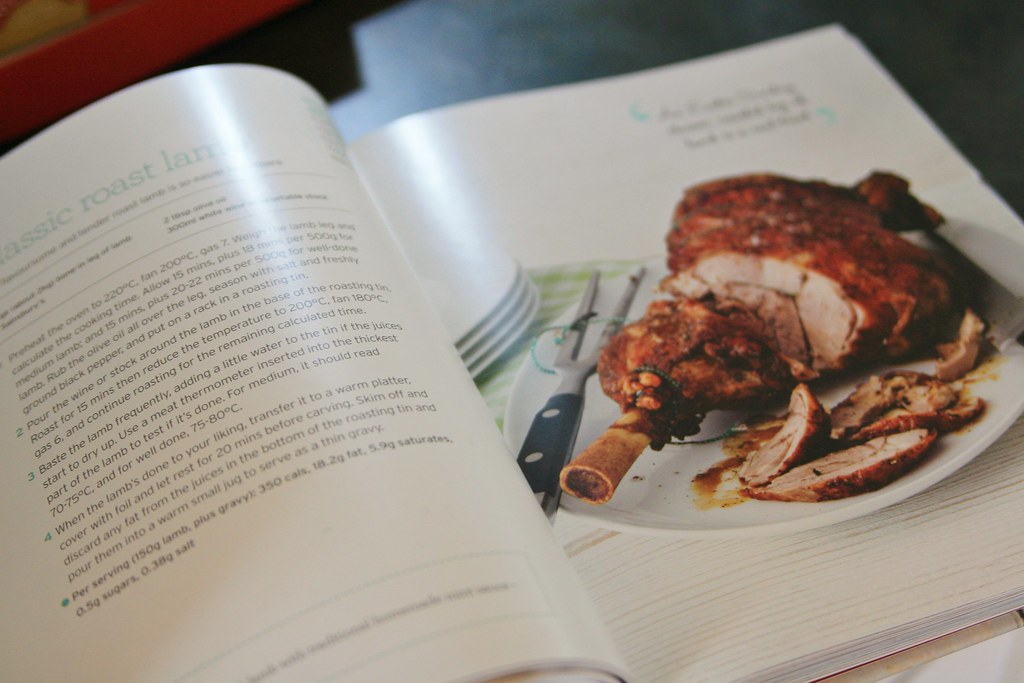 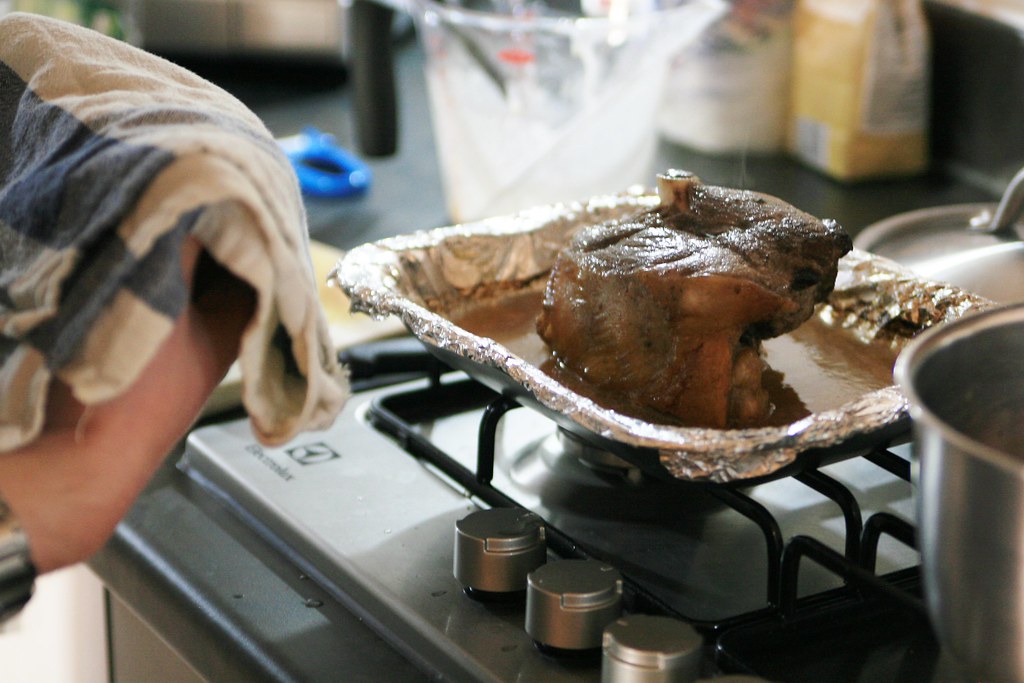 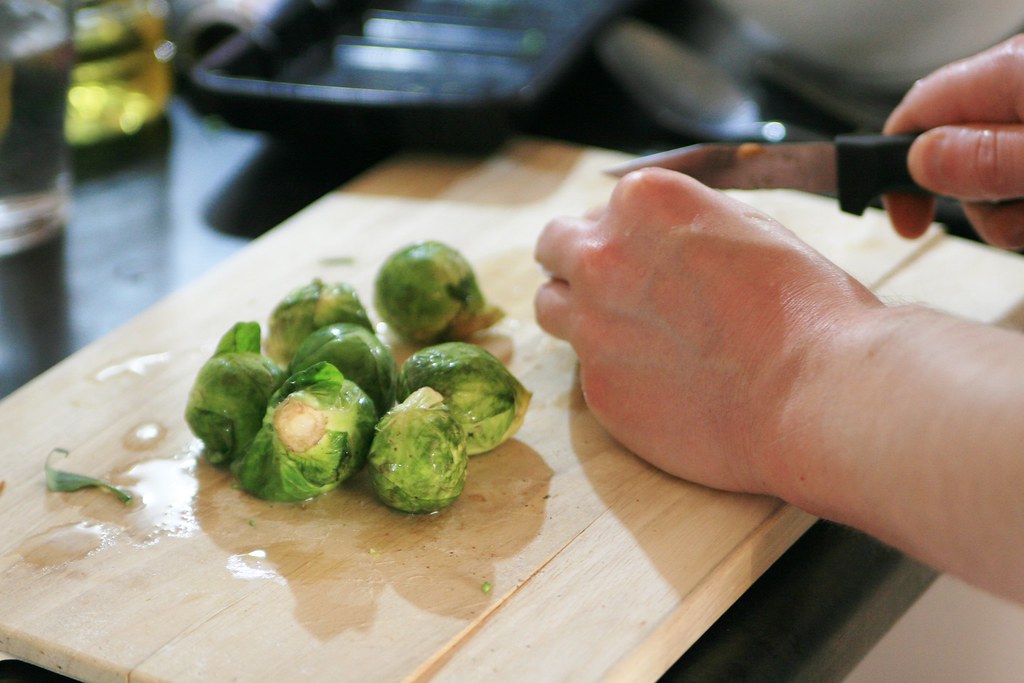 Brussels sprouts were required, naturally. Neither of use actively dislike them, but we don't normally opt to have them either.  However, there are certain times when sprouts are not optional.  This was one of them.﻿ 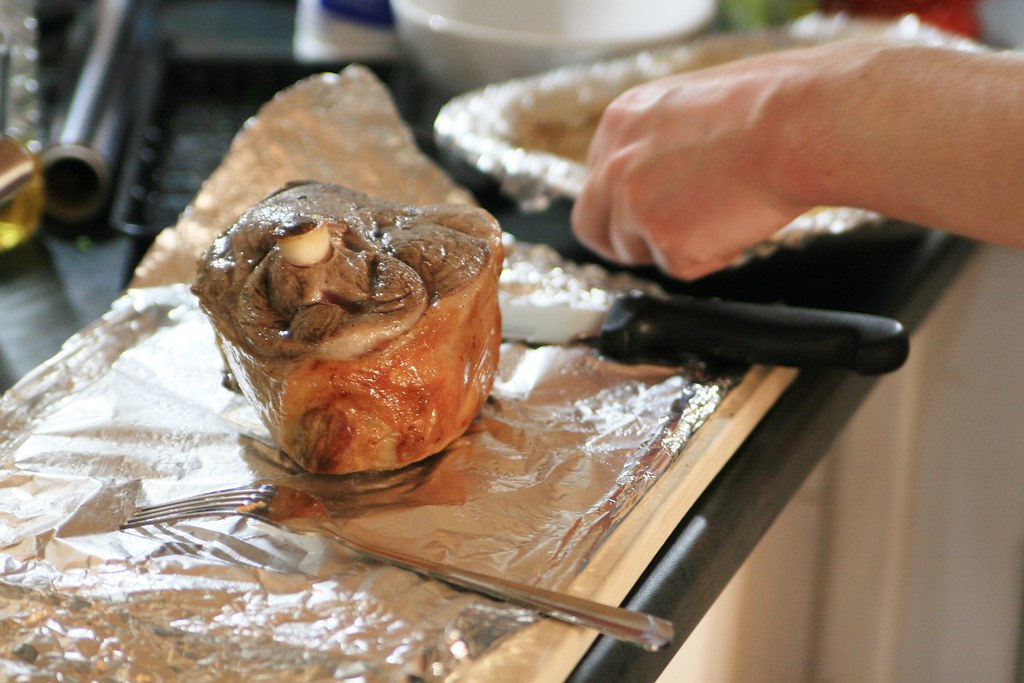 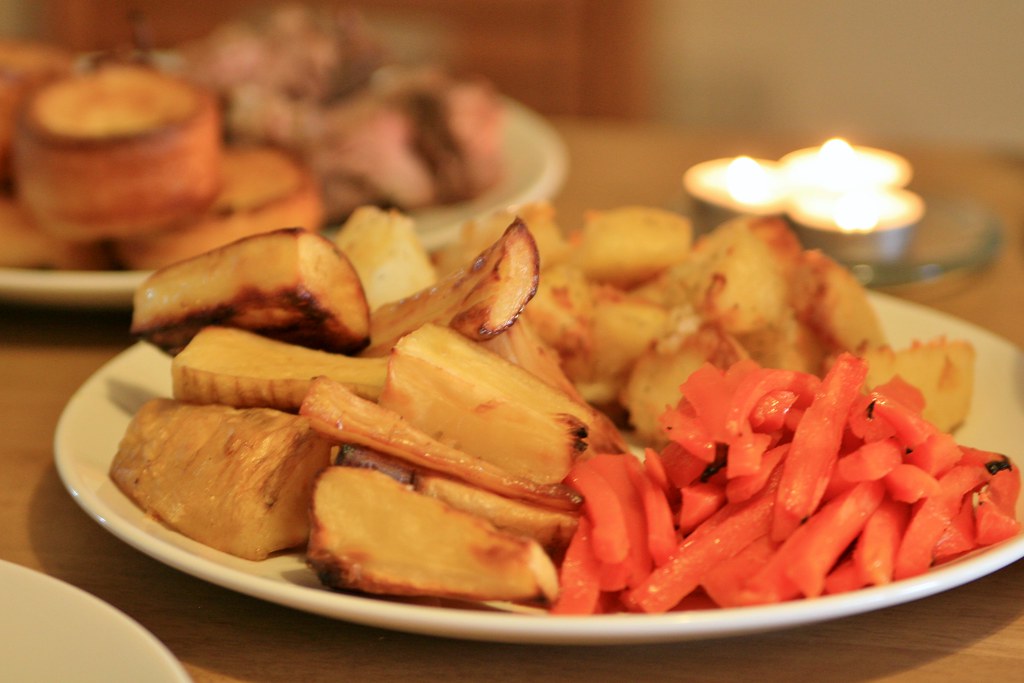 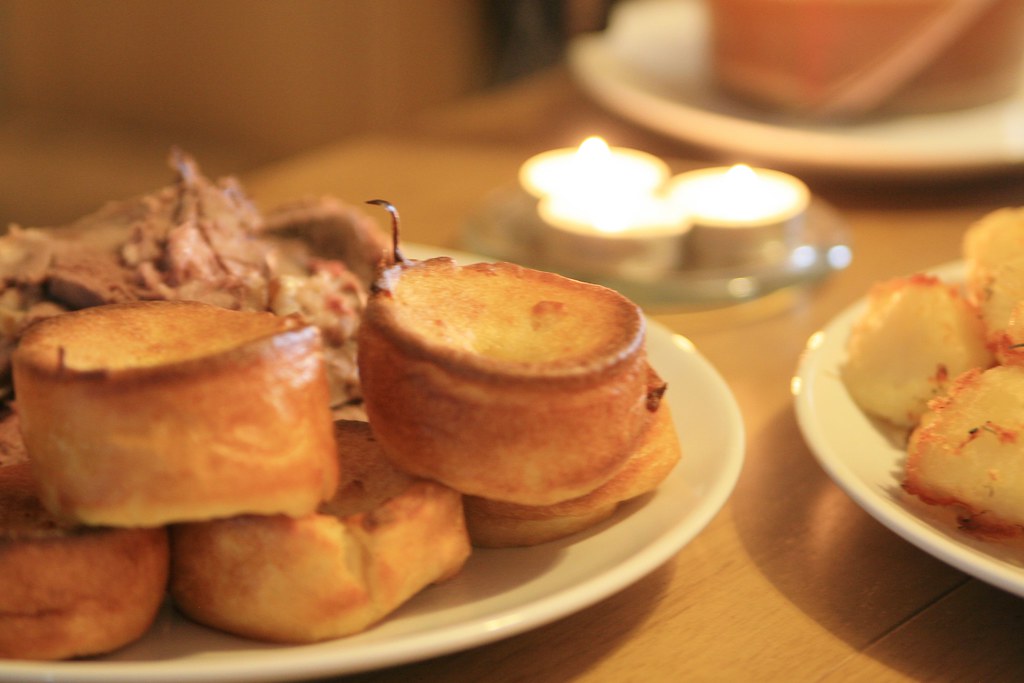 Ah, this is my one contribution.  I was raised in Yorkshire, so I make the eponymous Yorkshire Puddings. I quite like them.  Nom nom nom.  But fair to say, the rest is all him.  I hope one day he will teach me and I will prove an apt student and can learn the art of 'casually knocking together an entire Sunday dinner without thinking'. But for now, I help where I can and marvel; he's a bit of a wonder. 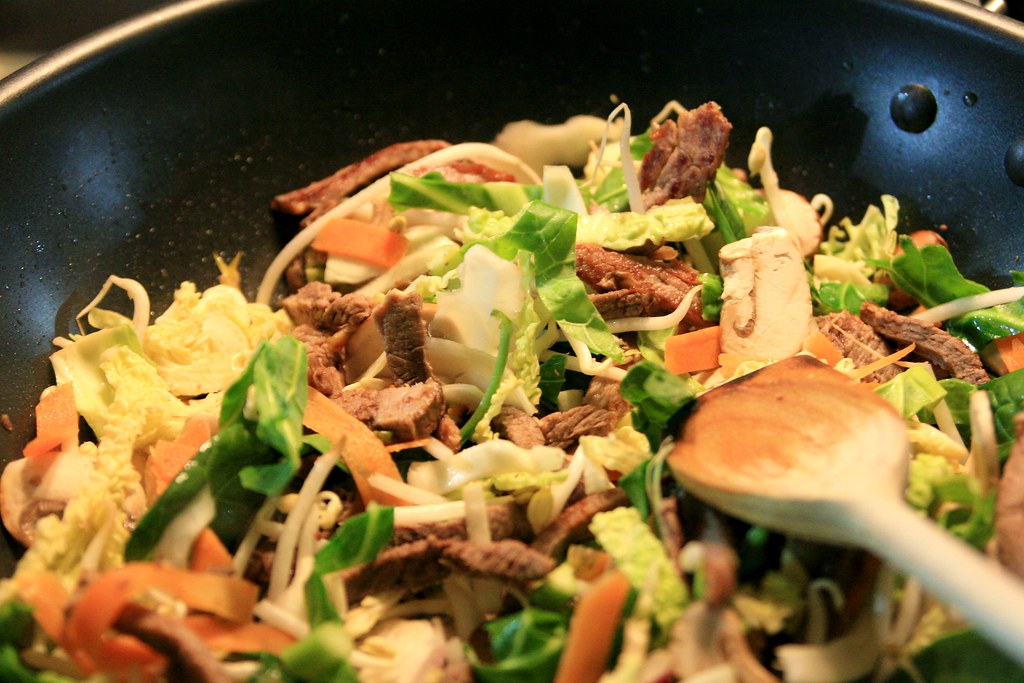 P.S. Also you haven't truly had roast potatoes until you've had the man's roast potatoes.  He nails it. Every time. Fluffy and crunchy.