Catching a Film at the Drive-In 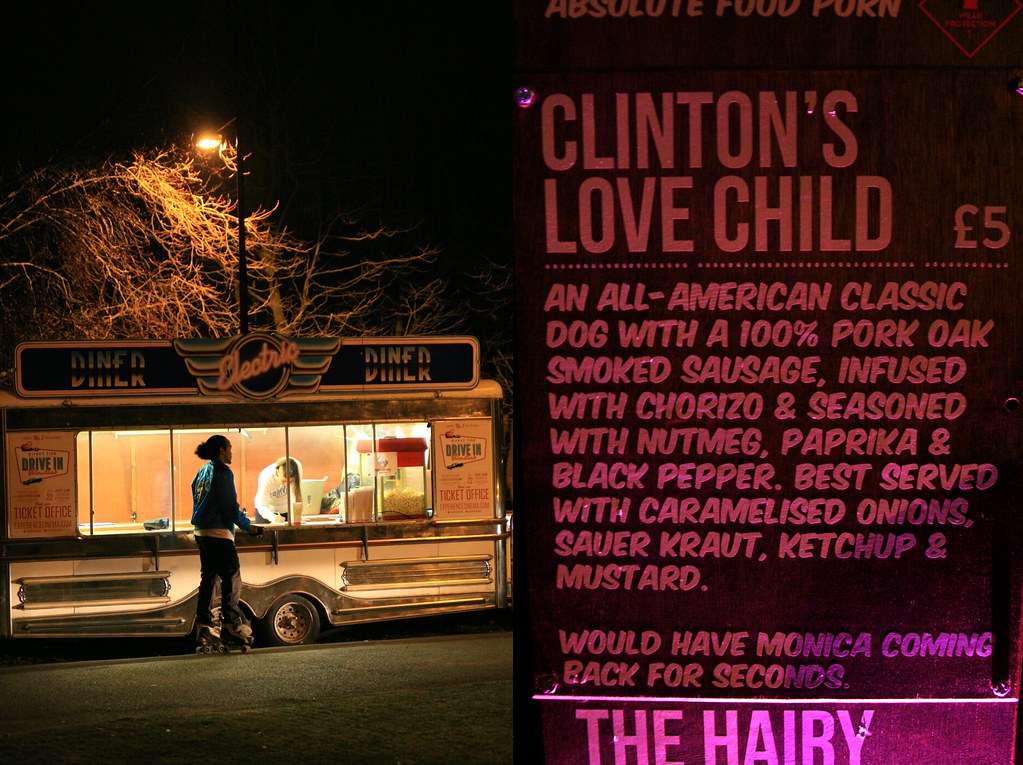 I'm a big fan of event cinema.  I just love it! I like going to the cinema anyway; there's something about watching a film on the big screen with an audience that feels special.  But give me a drive in, or an outdoor screening, or a cinema in the snow and I'm there.


When we heard that the Drive-In Cinema was coming back to London for another round of screenings, we scanned the listings eagerly.  I think you've got to watch the right kind of film at a drive in.  And we scored a winner. One March evening found us heading to Ally Pally's car park to watch Back to the Future! 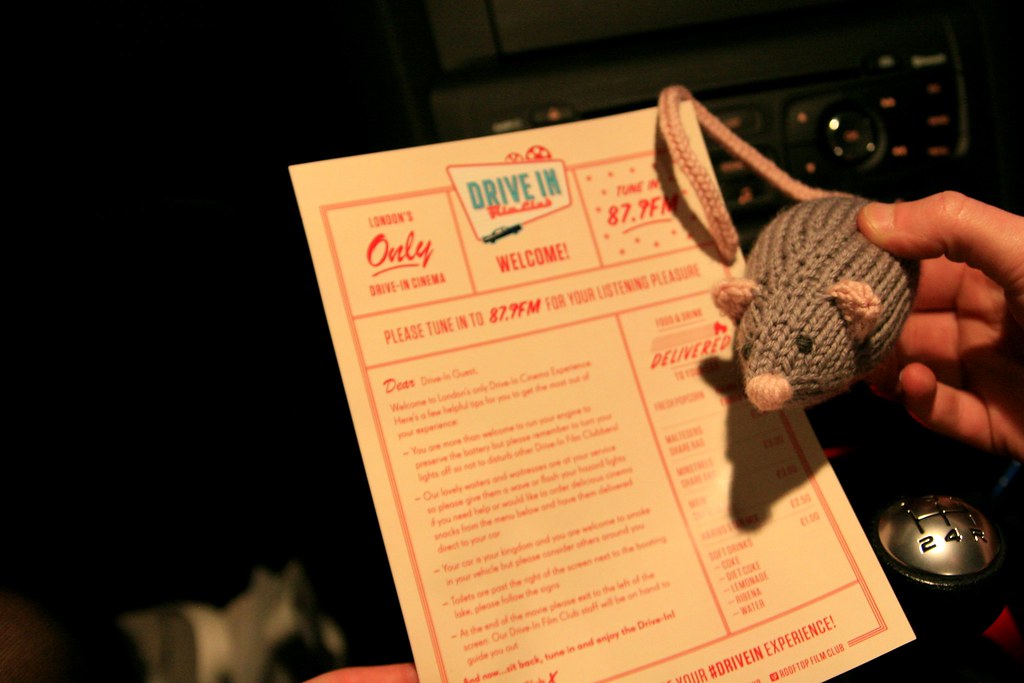 I love the concept of the Drive-In. Your car is your kingdom, you tune the radio into the right frequency and you can play the sound as loud as you like.  You can recline your chair, talk if you want to, but once you get out the car, you're in silence.  The whole shebang is run by the gals and guys over at Rooftop Film Club who put on a range of different cinema experiences across the capital and beyond.  The Drive-In works out at pretty good value at £22 a car, regardless of the number of occupants. 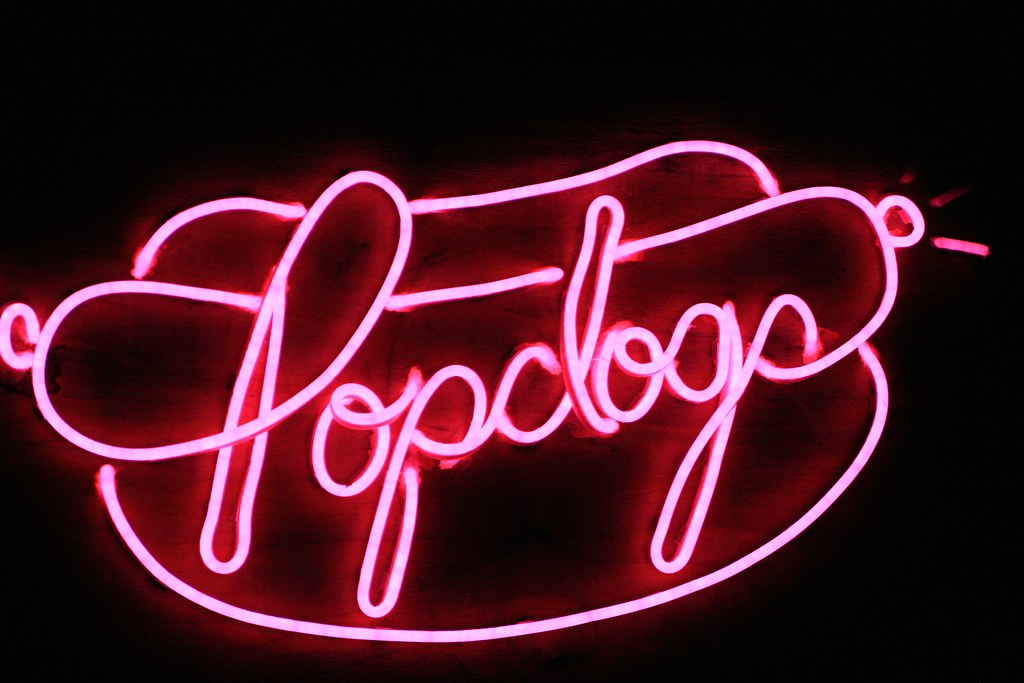 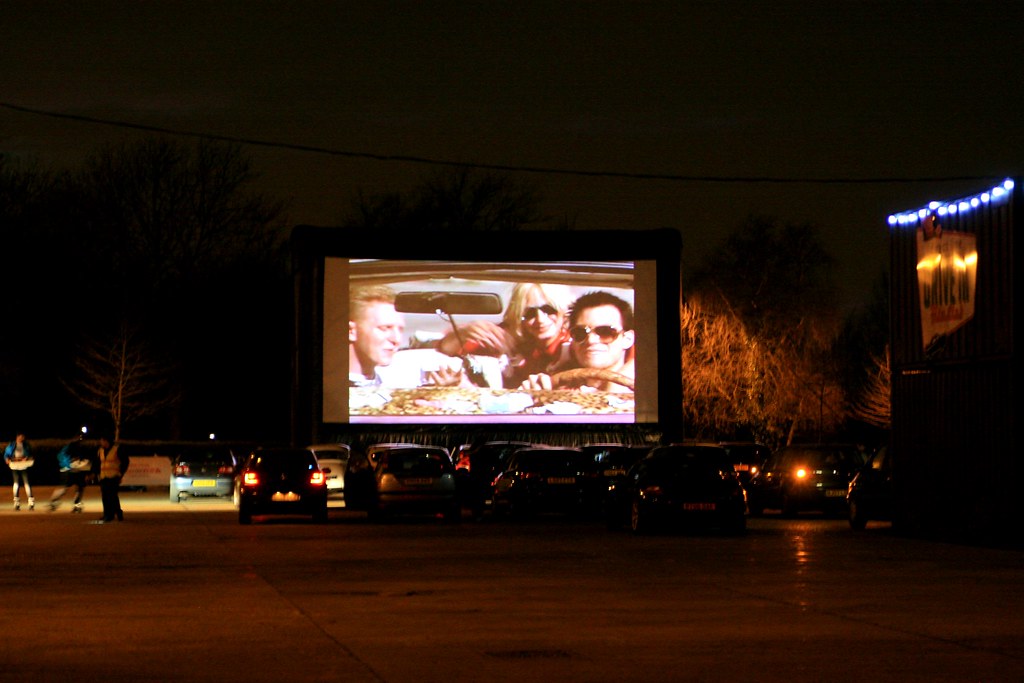 This was our second trip to the drive-in (we went last year to see Godzilla in a car park near Brent Cross) and we arrived early to make the most of the snacks. Popdogs knocked us together a yummy hotdog each, and the man had a chilli dog so packed and overflowing with delicious that they gave him a plastic glove to wear while he ate it. There just isn't a delicate way to eat hotdogs like that.  We deemed it wise to scoff them before getting back in the car.

The view was a treat: the attendants park the cars well, wide gaps between rows ensure that there's no way the car in front blocks your view, and headlights off is strictly enforced to reduce light pollution.  Having said that, we were culprits, not victims of this particular crime.  Given that the car had to be on with the keys in so we could pick up the sound, the vehicle helpfully decided that, as it could detect the darkness, it would keep the side lights on too.  In the end, the friendly high-viz clad attendants gave us blackout cards to stick over the lights as we couldn't get them to turn off. 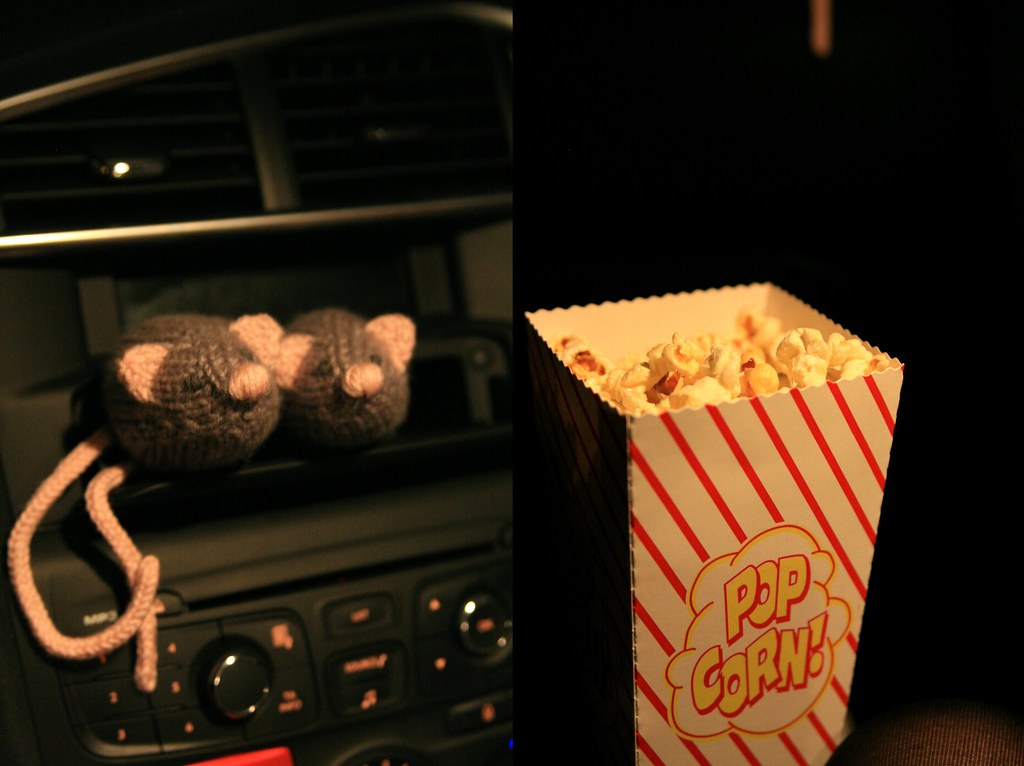 Little piece of advice: as you're paying per car, it's tempting to cram tons of mates into your wheels and make the most of your ticket.  However, through extensive research (where I peered into the cars next to us) shows that anyone in the back seat has a slightly awkward time leaning uncomfortably round the seat in front.  With just the two of us in the car, we could push the front seats right back, recline them, and even prop our feet on the dashboard.  Yeah, baby. Feeling pretty smug compared to the losers crammed in the next car.

The final pre-film entertainment comes in the form of the roller-skating waiters.  I kid you not: switch on your hazard warning lights at any point and a chirpy roller-skater glides to your window to take your cinema-appropriate snack order. So we opted for a popcorn and some Maltesers and the waiter drifted off into the night.  I few minutes later, a tap on the window announced his return and we wound it down to take delivery of the goods.  Boom!

While it's definitely better value to load up your car with your own nibbles, there is no small amount of retro pleasure in having popcorn arrive in this way.

All that remained was to settle down and enjoy the magic of cinema in our own cosy little world. We had the two mouses for company, the sound turned up to eleven to fill our den of cinema, and we watched as Back to the Future played silently outside to the night.

P.S. There are so many pop-up or outdoor cinema events in London during the summer months that we're spoiled for choice! You have to be quick though: we were sadly too slow to score tickets to Jaws screened at an outdoor pool where the audience watches from floating rubber dinghies...

P.P.S. Probably a good thing: I may never have got back in the water.
Posted by Miss Smith at 20:25