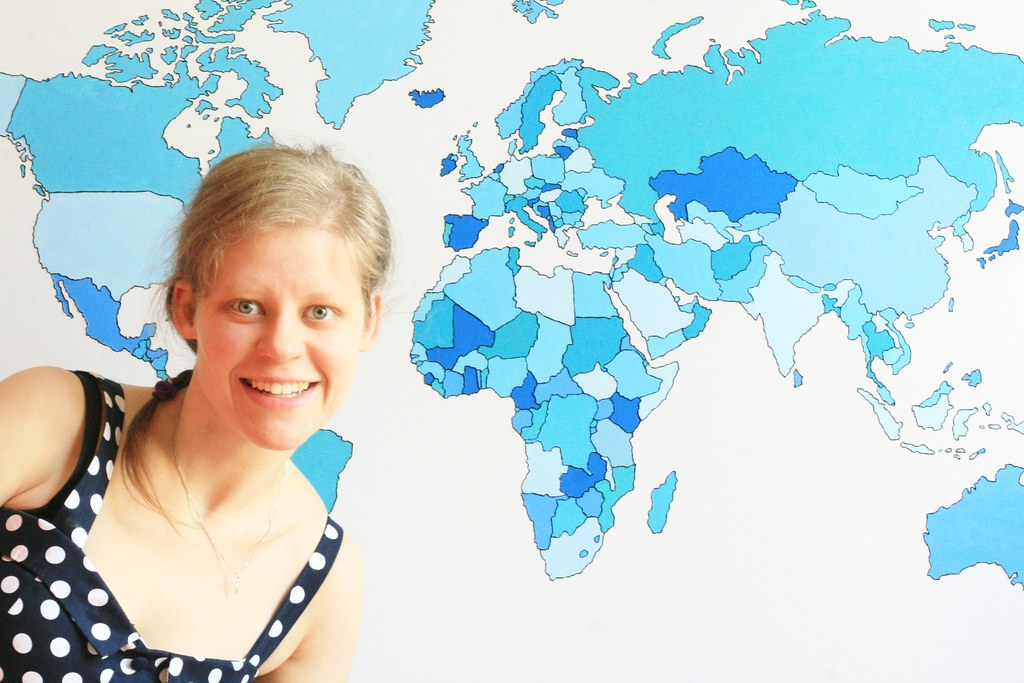 My giant map is finished!

This is an incredibly good feeling: I have a real sense of accomplishment as this has been a very long-term craft project.  I've documented the progress of the giant map in a few blog posts along the way, but now it's done, I've gone back and pulled out a little timeline of progress photos to document the full project.

It all began back in January. 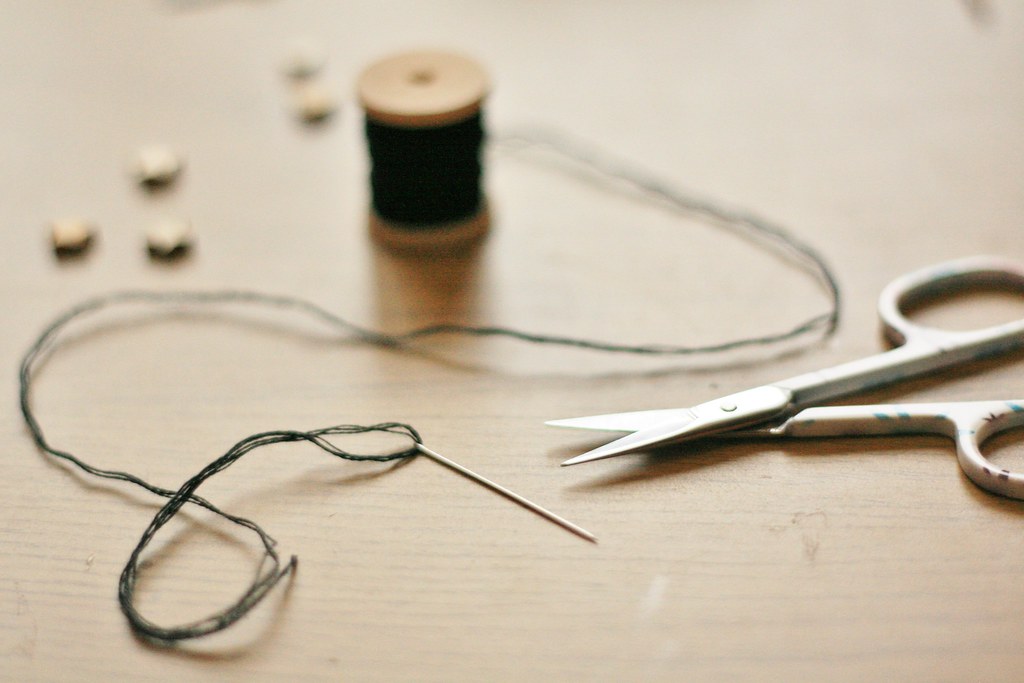 I had purchased a giant canvas; as in same-as-my-armspan-and-I-struggle-to-carry-it giant. I also picked up a world map, and I got both for bargain, reduced prices at discount book and stationary shop The Works. First I traced round the map in sharpie to emphasise the borders of each country, then I taped it to the back of the canvas , propped the whole thing against the window and pencilled the world onto my canvas.

Confession: I had to trim the Atlantic ocean down a little so that Fiji and Hawaii could both fit on the edges. But I won't tell if you won't.

Then I stitched along all the pencil lines. 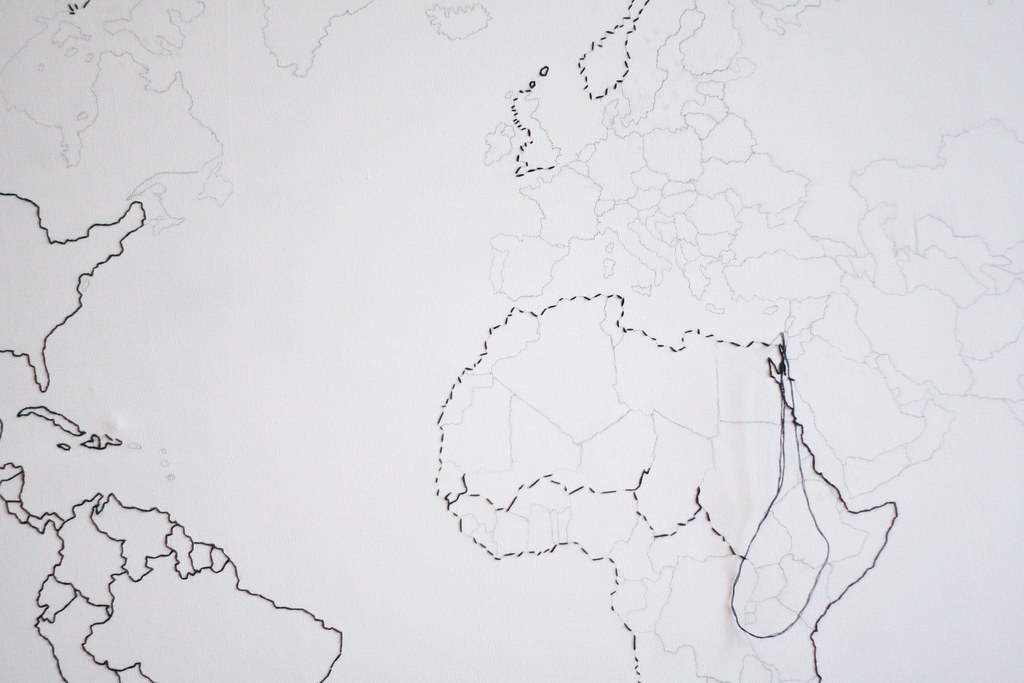 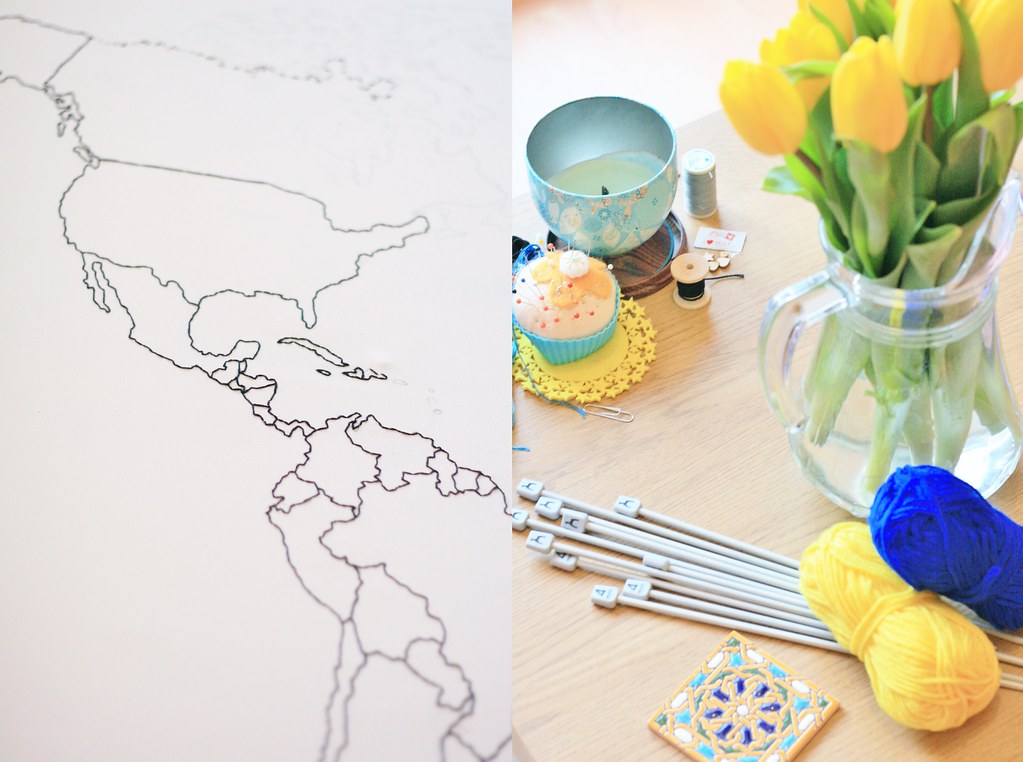 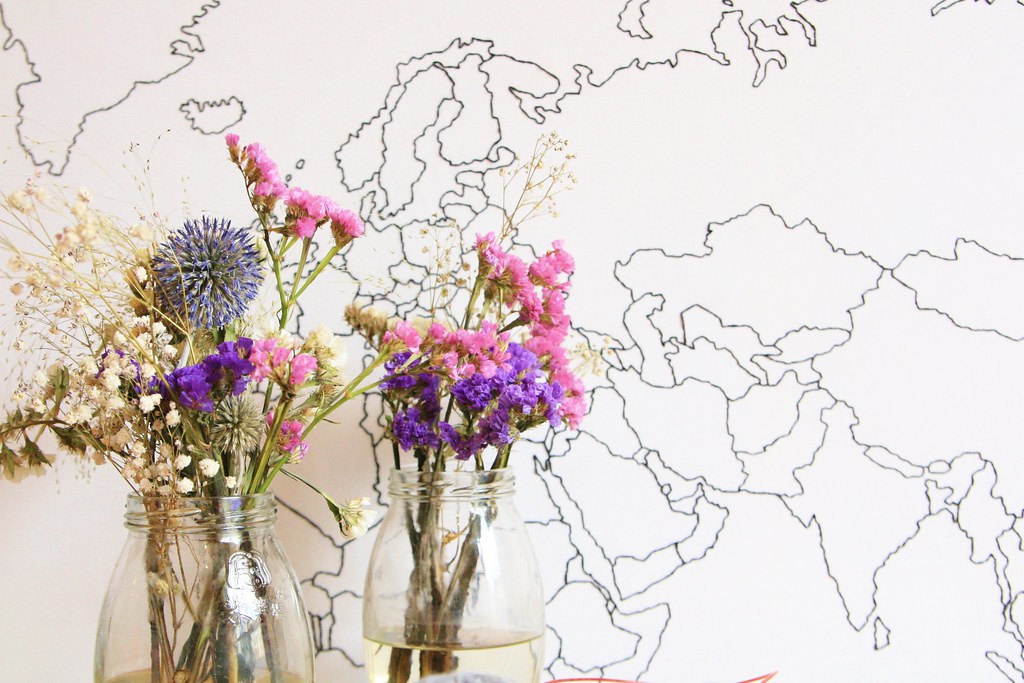 I will fully and freely confess that stitching was a stupid idea.  But once you've started, you've got to carry on. It was hard work reaching around the canvas due to it's size,some of the coastlines are very intricate and fiddly, and the canvas has big wooden supports in the back that were a real pain to embroider around.

Having said that it was a stupid idea, I should also say that I LOVE the result. It has texture and dimension and looks brilliant. I hope I never have to do anything like that again.  I'm incredibly glad I stuck with it! 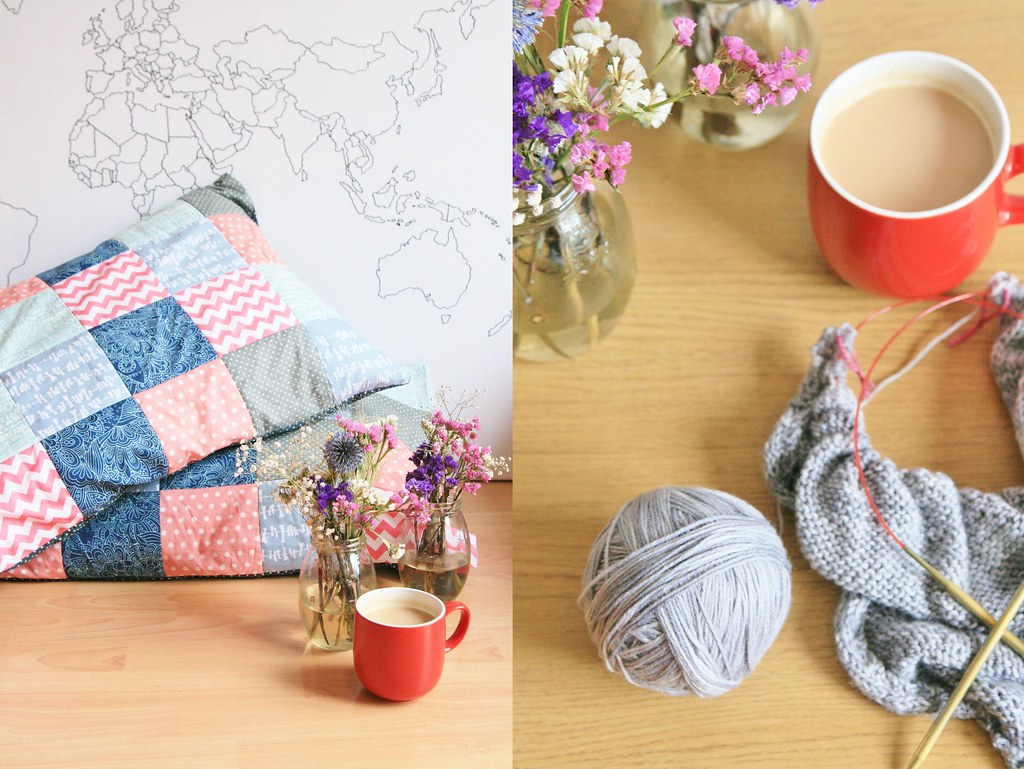 So it took a long time, other craft projects came and went around it, but eventually I defeated the embroidery beast. The next logical step is to paint in the countries.  I liked the idea of leaving the oceans clear and white, and having the countries in a variety of matching shades. After mucking around with a few ideas, I opted for shades of blue and turquoise.  I found an art shop, and purchased some decent quality acrylic paint. 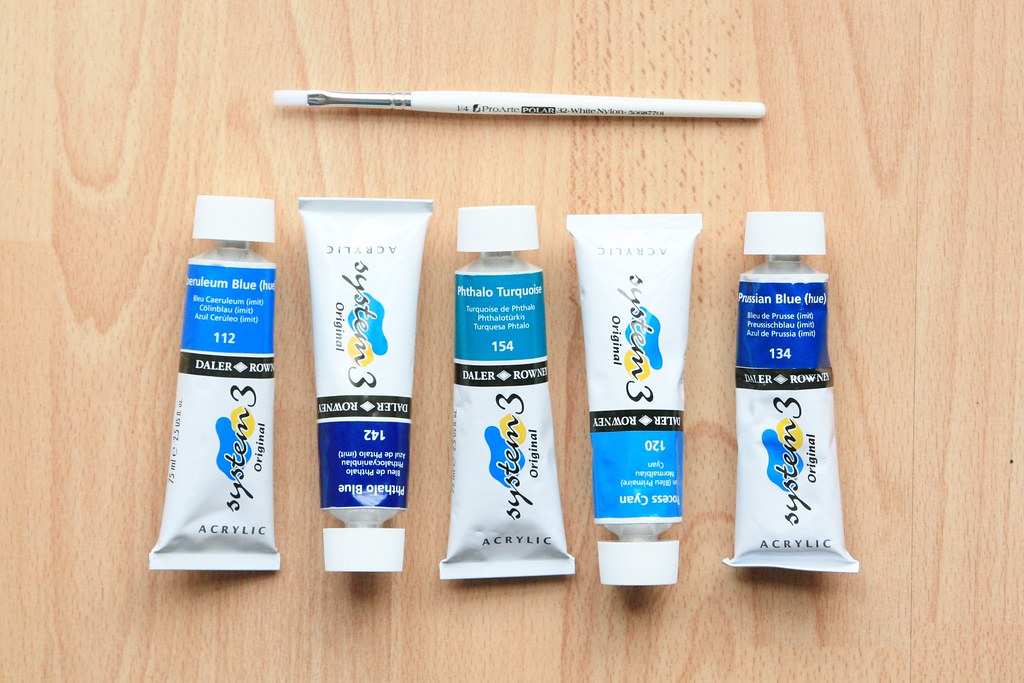 And you know what?  Those paints were rubbish.  I'm happy to accept that this could be due to user error, but they were uneven and streaky and the canvas looked like a three-year-old had tried to paint it.  Blindfolded.  With their fingers.

And of course, I had started with Russia, thinking it would be good to get the biggest country out of the way,

Convinced I had ruined my canvas, and unable to face the prospect of starting again on the embroidery, I pottered back to The Works and bought some ultra-cheap acrylic paint in blue, dark blue, green and white. And I mixed my own shades as I went.

Worked like a charm.  Hurrah for cheap paint that looks fab!  I painted over Russia and the minor set-back was soon overcome. 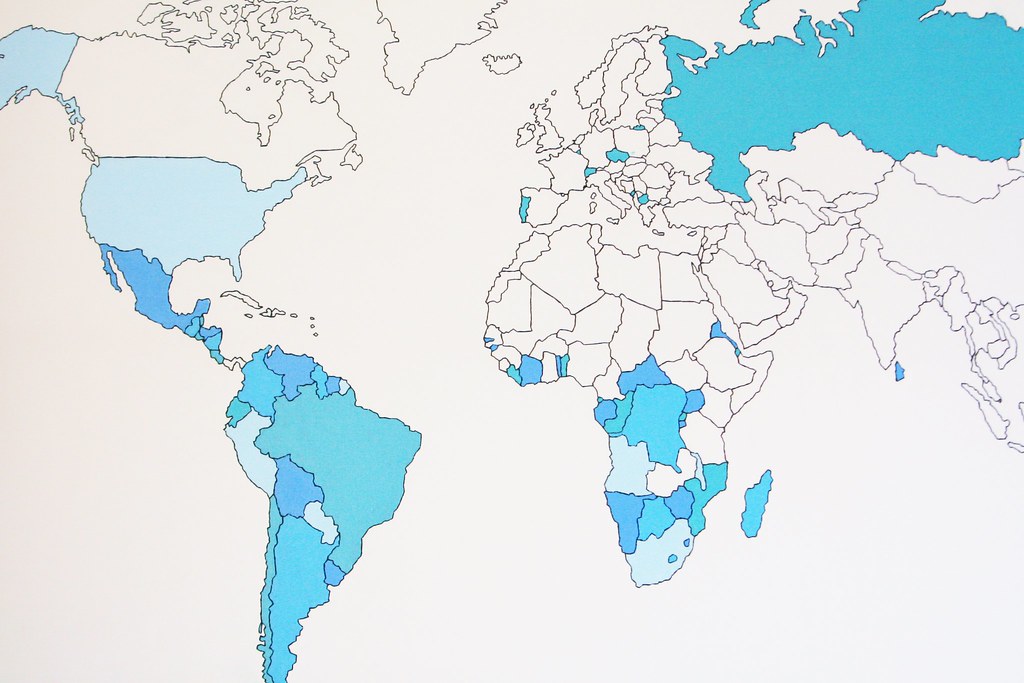 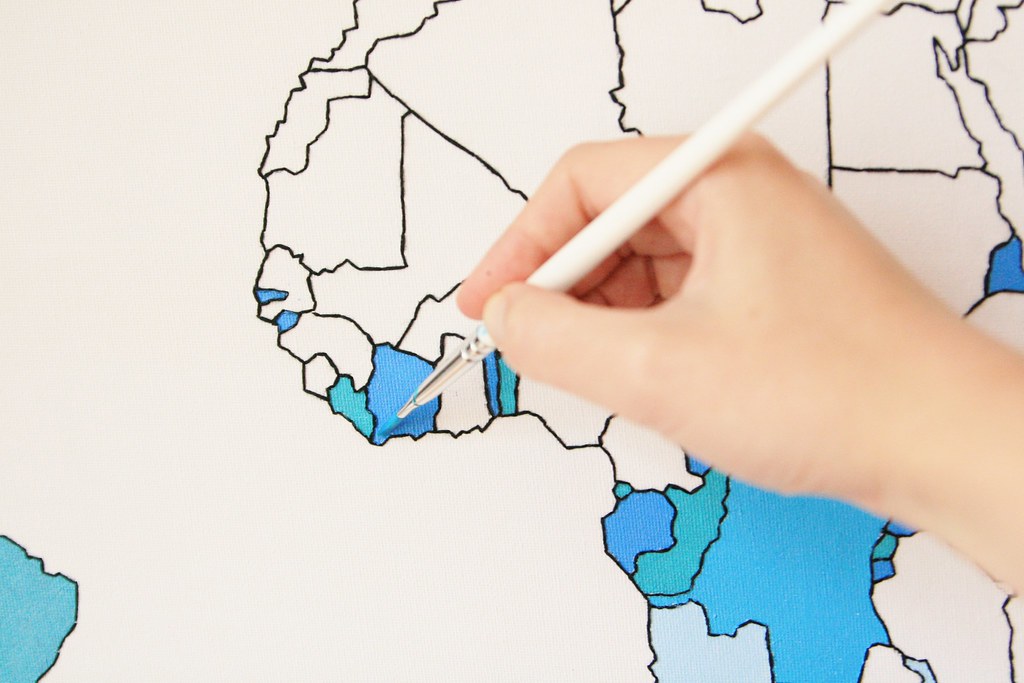 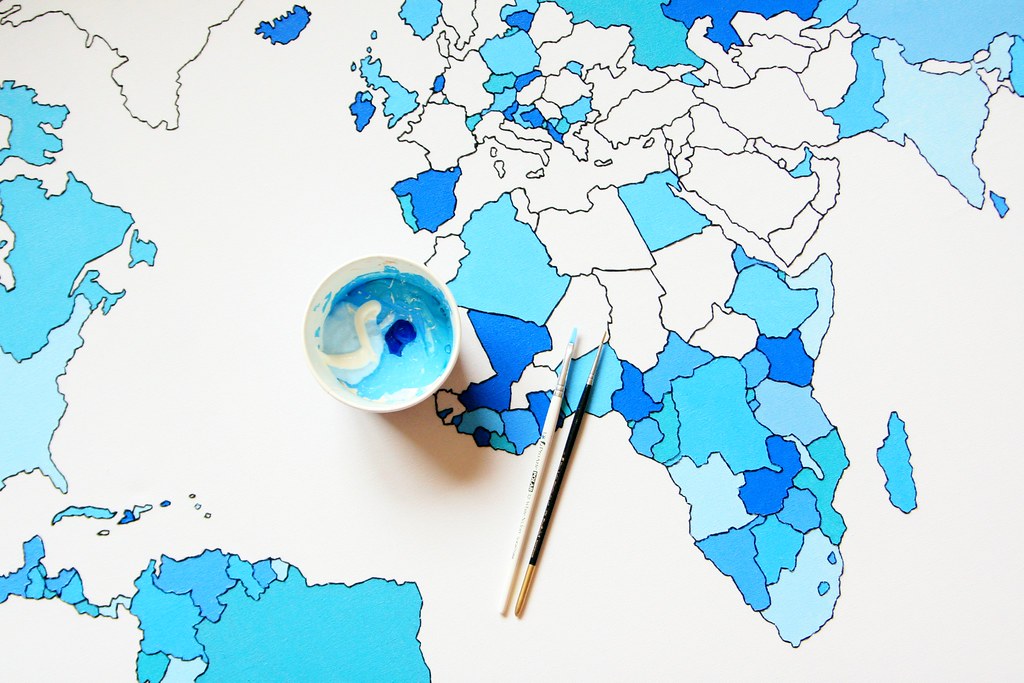 This also took a long time.  See points above regarding unacceptable wigglyness of country borders and size of canvas. If political leaders got their collective act together, I'm sure they could negotiate some territorial swapsies and organise straighter borders.

Although that might be awkward for the residents involved, and also then my map would be wrong and I've to start again, so maybe let's just leave everything as it is. 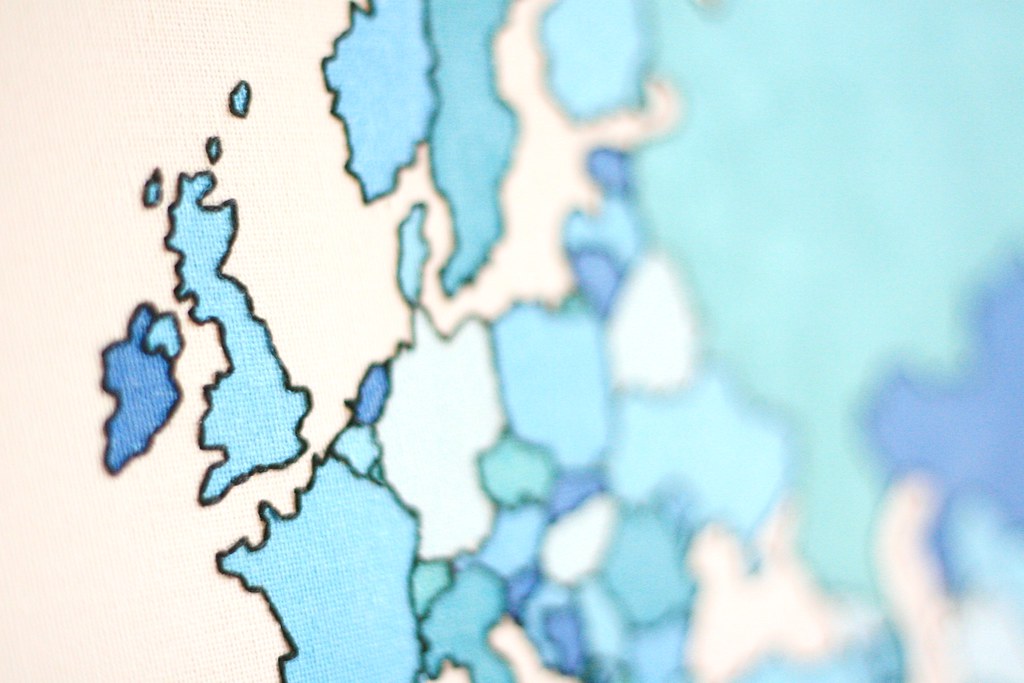 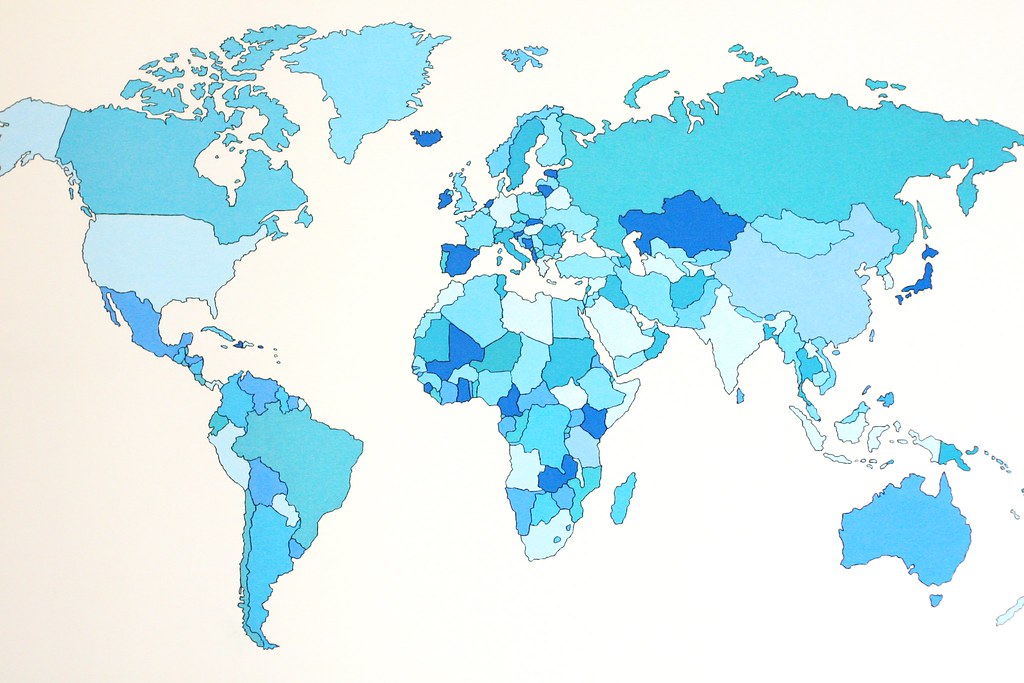 But it is done!  All finished!  And I'm so pleased with how it turned out.  All that remains is to work out where (and how) to hang it, and to mark on the places I have visited. I haven't decided how to do this yet, so suggestions very much appreciated!

I like that this will be a work-in-progress, like a giant, wall scrapbook showing my travels. I'm looking forward to adorning it with journeys past and journeys yet to come.

P.S. Aw shucks, now I'm going to need to think up a new giant project to take up space in my flat...
Posted by Miss Smith at 06:30