My Life as a Guide Leader: Girlguiding 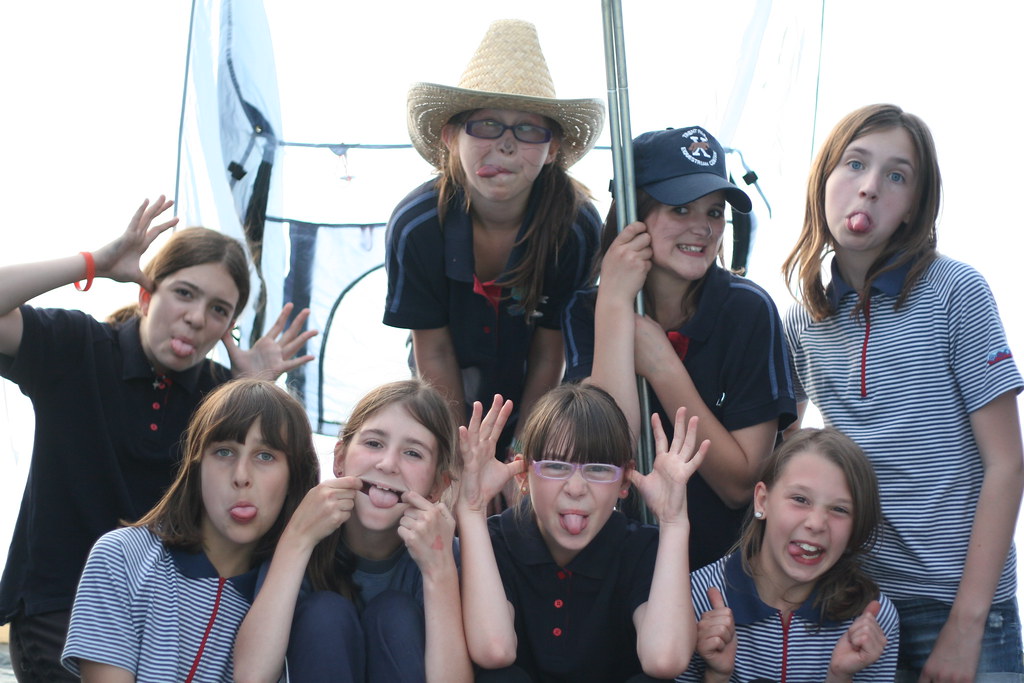 Every Friday night, I head off after school to go to my Guide unit meetings.  We are a large and thriving group with just over 40 girls on our register aged from 10 to 14 years of age.  Every single one of them is brilliant.

Oh they’re absolutely nuts too, don’t get me wrong, but they’re brilliant.

We meet on a Friday night as they can let off a bit of steam after a week of school work, and they don’t have to have homework in the next day.  More and more, we find girls feel the pressure of school  exams at a younger and younger age, and believe they have to sacrifice their fun in order to keep up with the studies. 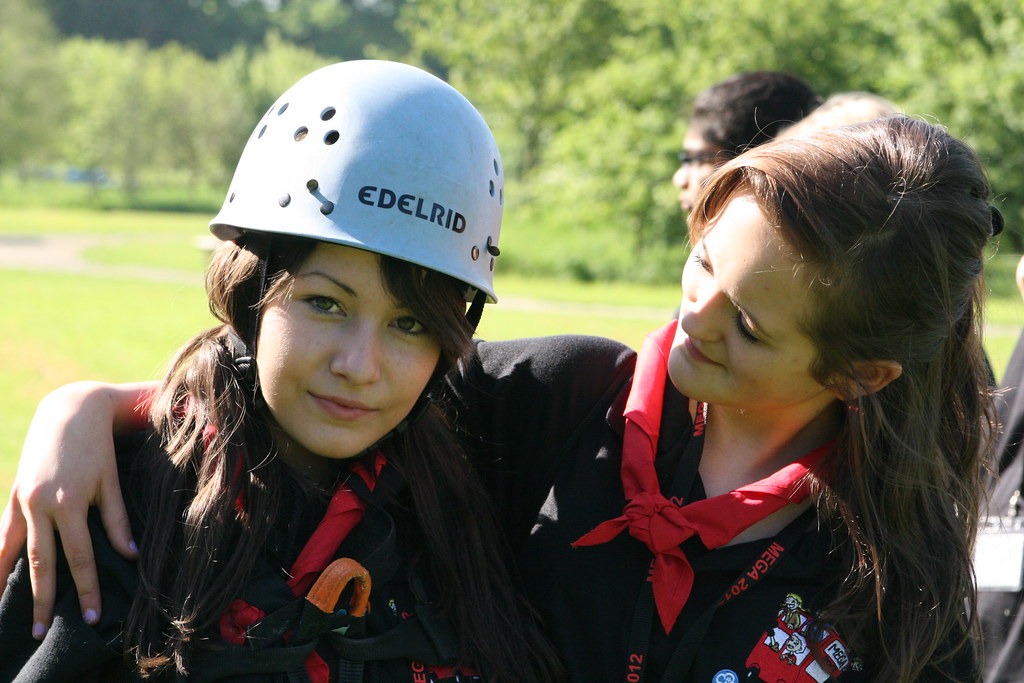 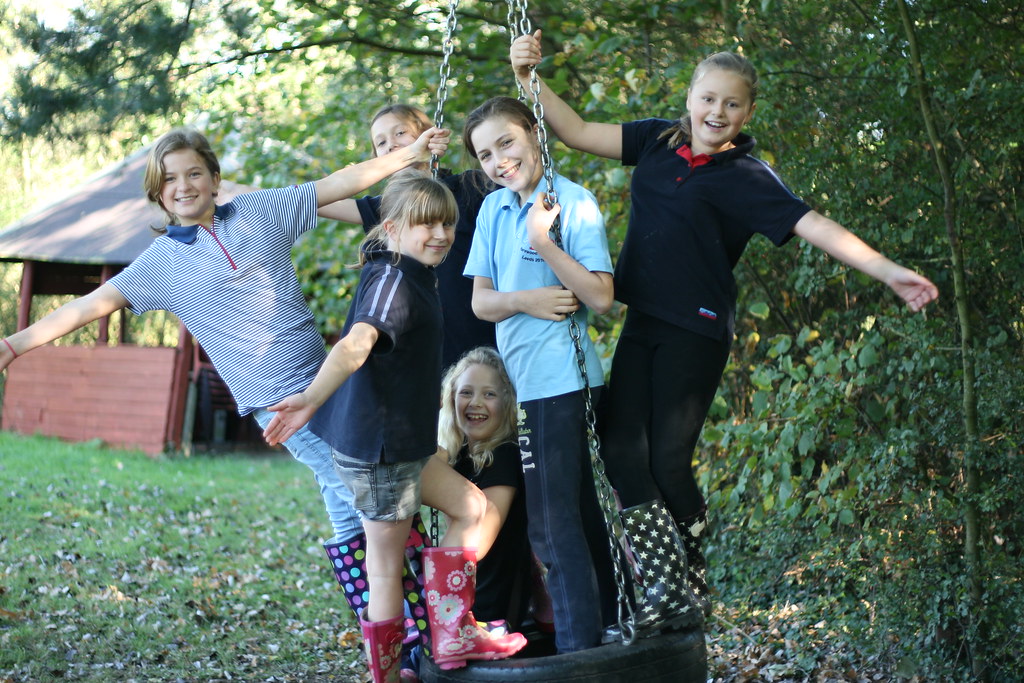 Our Guides don't really do quiet.  They make an enormous amount of noise.  And mess. Tidying is a foreign concept.  Carefully thought-out ideas descend into chaos.   As a teacher, this would drive me to distraction.

I still see the mess, but I cheerfully believe that eventually the concept of tidying up will catch on, and until then we chivy them along and remind them.

I can’t really complain as I once accidentally spray-painted the kitchen floor in a not-quite-pleasing combination of metallic blue and pink. We all make mistakes. 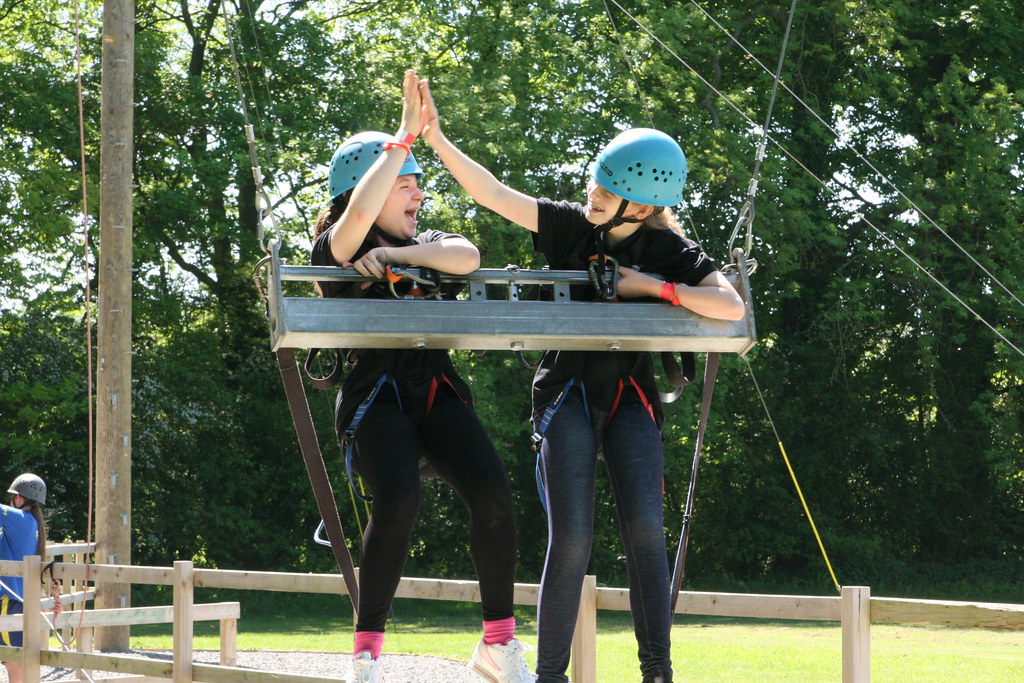 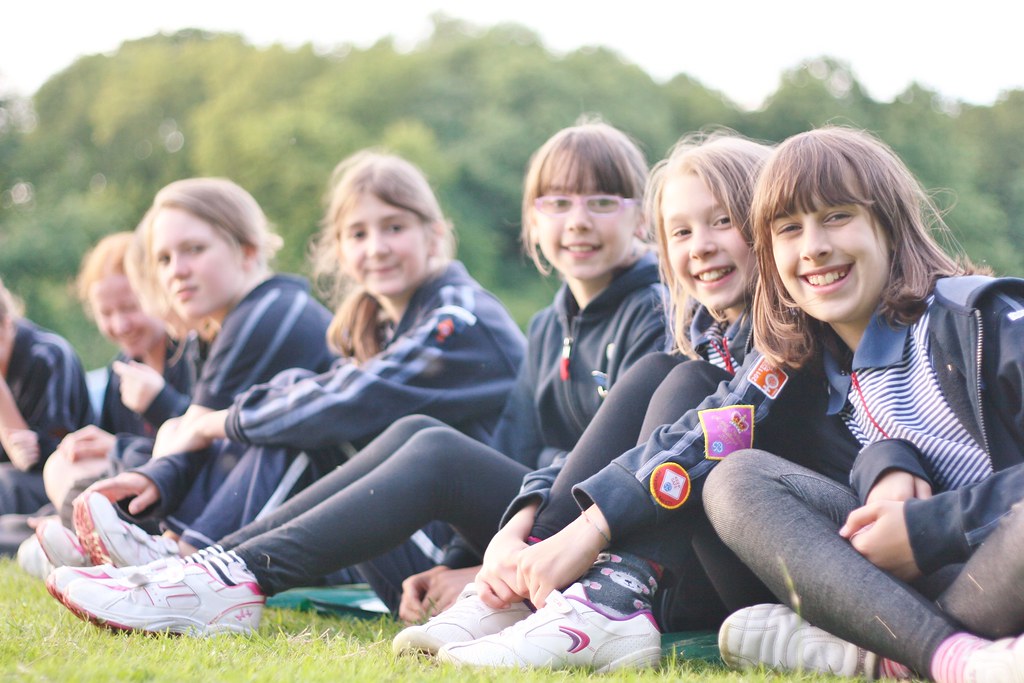 I think we have a lot of variety in our unit meetings (and I hope the girls would agree!). Some will be active, outdoorsy, sporty; some crafty, creative, constructive; some adventurous and challenging, and some informative and thoughtful. One of the things Girlguiding aims to do as a whole is to encourage independence and leadership.  We place emphasis on hearing from girls about the things they want to do, and encouraging them to lead on those things. 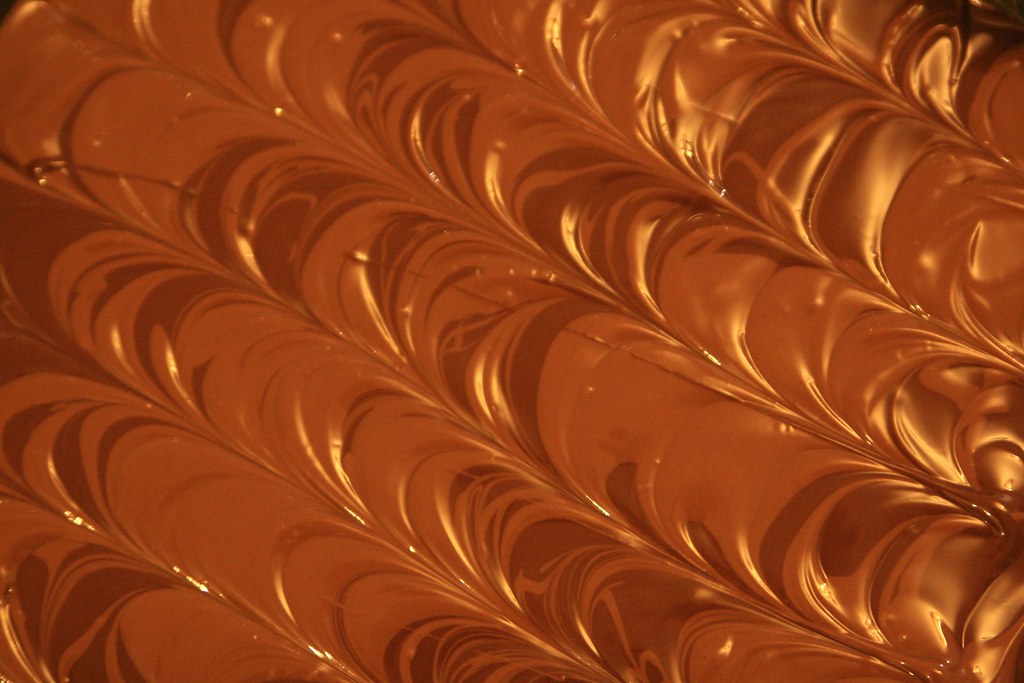 At the moment, our unit is working on completing their chocolate badge. Chocolate as a concept is always a winner.  The girls perused the badge syllabus last week and selected and planned the tasks they would need to complete in order to earn their badge.  They work in small groups of around 6 girls called patrols, which encourages them to team up with girls of different ages and school years, and get to know more people in the unit.

This week, the chocolate action began in earnest.  I set myself up in the kitchen to help out and generally supervise (and to make a quick round of tea for the leaders – a very necessary ritual in every meeting). Looking after the kitchen proved interesting.  It’s not huge, and with half a dozen girls crowding in, there’s not much room to move, so different patrols had to take it in turns. 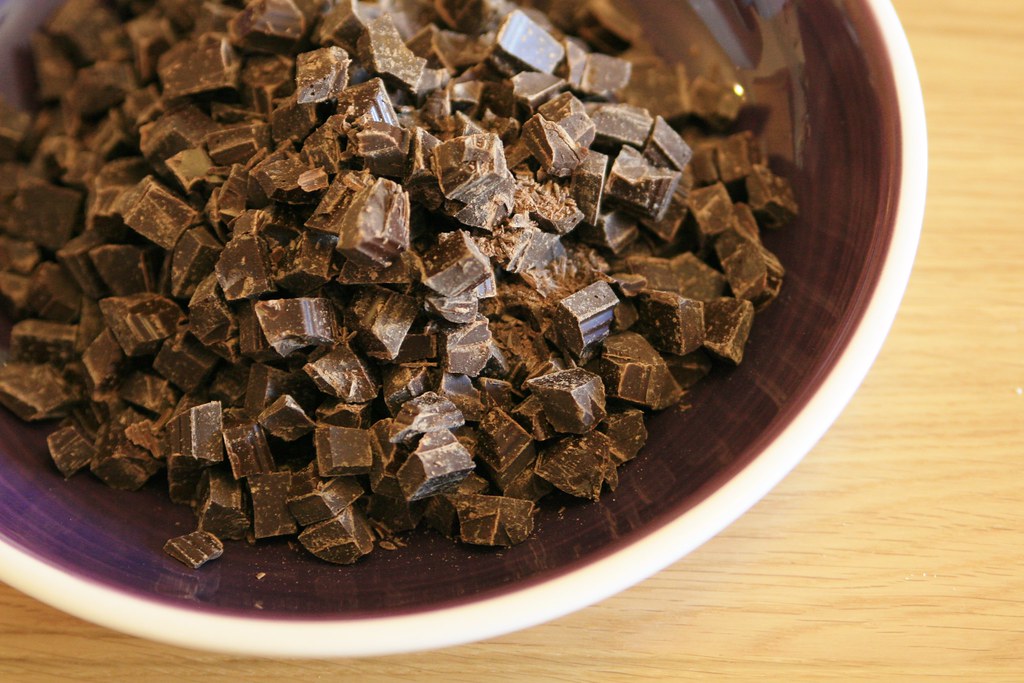 Guide: Is there room for us to cook?
Me: Probably, do you just need to use the hob? What are you going to do?
Guide: We just need to melt some chocolate.
Me: Yum! And yes, there’s some space for you.  What are you making?
At this point, the Guide looked at me pityingly, as though I were a small child who was being a bit slow to catch on.

And actually, I think that is fair enough. Because they all learned that you melt chocolate in a bowl over a pan of water. I didn’t help; I let them figure it all out for themselves. I was just there to in case things went wrong and to remind them that electric hobs stay warm for a long time after they are switched off. 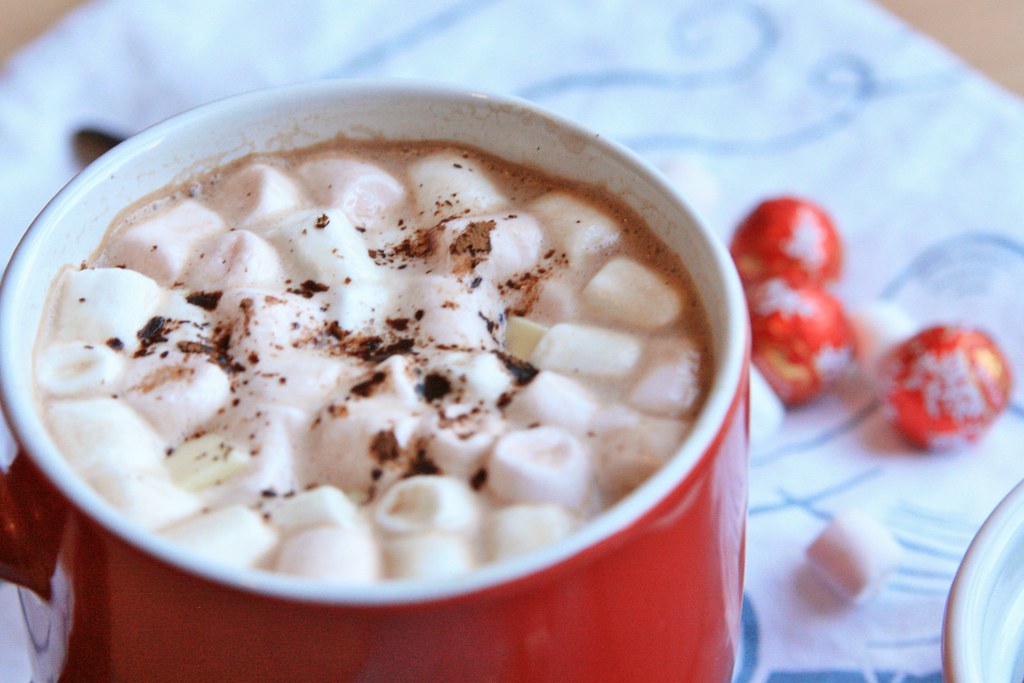 I had the “we’re-making-melted-chocolate” conversation around 3 times, and one group made hot chocolate. By melting chocolate bars and adding it to milk, but it’s a variation on a theme. One group were more adventurous:

Guide: Can we use the kitchen?
Me: Of course, come on in.  What are you making?
Guide: Honeycomb.
Me: Oooh, yum! Have you got a recipe?
Guide: No. But I read one on the internet earlier.

Guide: Kirsty?
Me: Yes?
Guide: How much do you think a good amount of sugar is for honeycomb?

I had absolutely no idea, but somehow they got on with it. There was a tremendous smell of burning as they boiled sugar (my idea as their slightly-warm solution of sugar and water didn’t thicken). Fortunately the kitchen has an outside door which I flung wide to let out the fumes, and then sent away a stream of Guides who popped by the kitchen to find out what had caught on fire.

Strangely, nothing actually seemed to burn, and my vigorous investigations were inconclusive.

Most strange of all, was that the crazy honeycomb experiment worked and that somehow without a recipe, the girls managed to produce something that looked and tasted like the inside of a Crunchie. Which they then, obviously, dipped in melted chocolate.  Maybe that’s how Cadbury's got started.

You might wonder what value doing a Chocolate badge has, and it’s easy to be cynical about these things.  But the girls have had to work together and demonstrate teamwork; they have had to plan and resource two meetings-worth of activities themselves as well as budgeting (we allowed each group £10 for their supplies and equipment).  They have learned a little something about working in the kitchen and melting chocolate, they have had to research the history of chocolate, and look up ethical trading and Fair Trade to give them an appreciation of the impact of their purchases on other people, and they’ve done it all themselves

There seems to be quite a bit of value in that to me.  And a lot of chocolate. 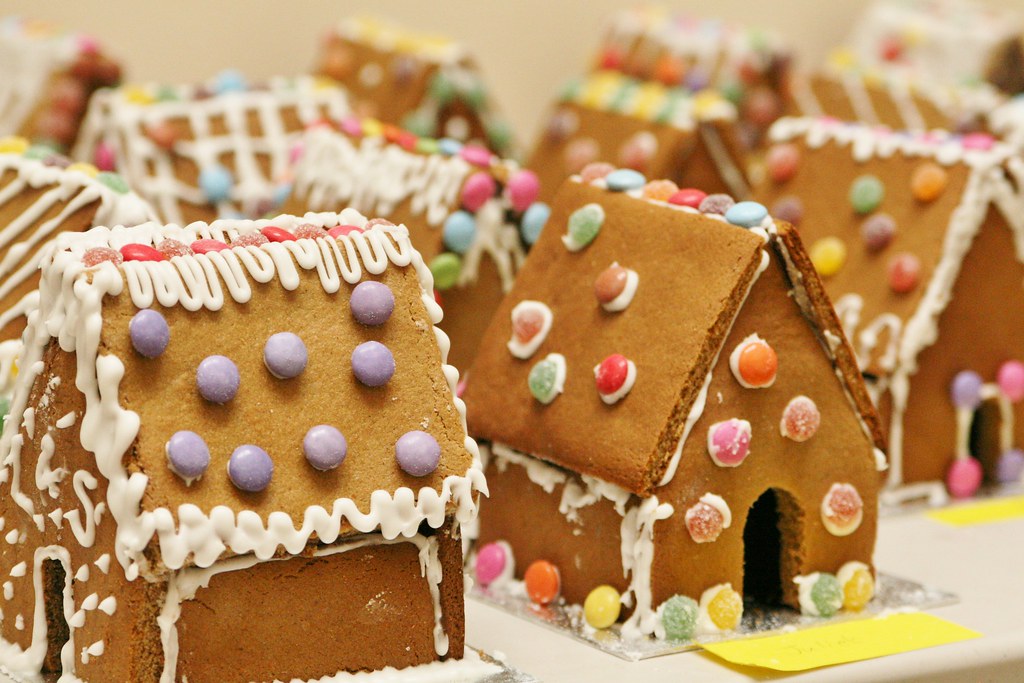 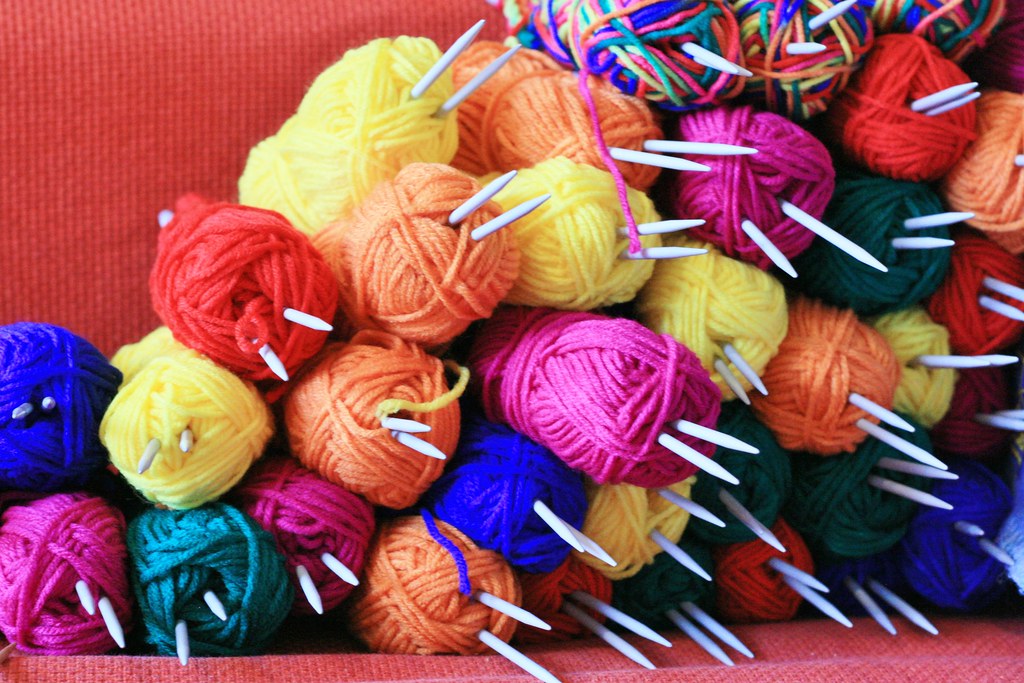 This is just the story of one meeting, but we really do get up to all sorts of things. We have participated in charity projects by collecting, filling and wrapping shoeboxes, and we have made bunting for local charity Noah’s Ark in their world-record bid.  We have had visits to the panto, wide games at our local campsite, jewellery-making for mothers' day and an internet-safety workshop.  We have played jousting energetically (and almost alarmingly violently, but girls will be girls), learned how to knit determinedly, hiked through the woods to a chip shop, and tried to learn the moves for a folk dance. We’ve been zorbing and climbing and campfire singing, and we’ve curled up in sleeping bags on a pile of cushions to watch films.

All of this is made possible by a truly wonderful leadership team.  I am an assistant leader with the group.  This works really well for me and the time I am able to offer. I can still plan and run some meetings, but I’m not the overall responsible grown up for the unit.  That's because I'm not an overall responsible grown-up. I don’t have to worry about things like doing the accounts and I am forever grateful for the other leaders in my unit who do take on these responsibilities willingly and highly efficiently, as well as running meetings and coming up with ideas. Best of all, joining this team has brought me new friends.

I don’t want to give you an unrealistic picture.  There are always going to be meetings that don’t go to plan, and that can be frustrating. There are times when I feel like I need the girls to just make a bit less noise so I can get to the end of a sentence. When I don’t really want to wash hard-set caramel off another bowl, or scrape candle wax out of a saucer. When I wish they already knew that 7 grams of bicarb is really not the same thing at all as 7 lbs of bicarb (I like to think of that as the mis-fortune cookie incident).

But then I remember that this is not school. And I want the girls to have the time of their lives, to feel safe and free to be who they are, to enjoy being with their friends, and to try new and occasionally outrageous activities.

I think the best advice for times like this is to try and see the funny side.

By the end of July, I will have been with this unit for 5 years.

I sincerely hope there are many more to come.

P.S. We are always on the lookout for new and exciting ideas, so if you have any to share, let me know!  And if you're interested in volunteering a little of your time, you can find out more at the Girlguiding website here: Get Involved

P.P.S. This post is part of a series I'm sharing all about my experiences of Girlguiding.  You can read the first post here: This is what Girlguiding means to me. Stay tuned tomorrow for an introduction to the world of Guide Camp!
Posted by Miss Smith at 09:30