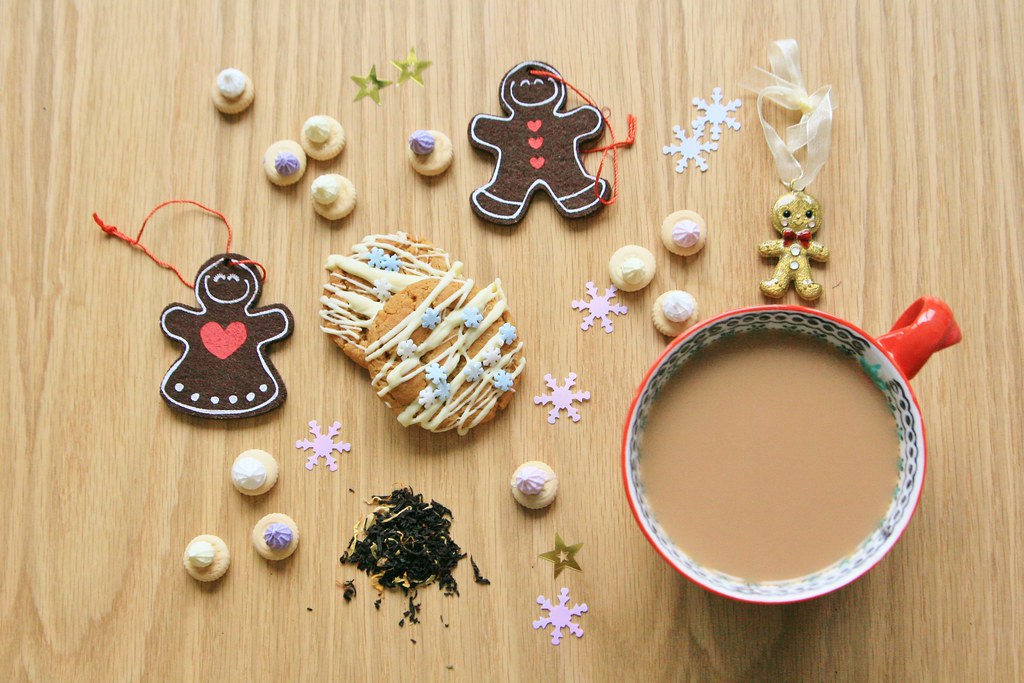 Let's face it: a cup of tea is basically the best at any time of year.  However, at Christmas it's nice to treat myself to a new brew or two, and indulge in a proper pot of lovely leaf tea.  Usually I go for Whittards Christmas tea, but being unable to get to a branch at a suitable time, I have opted for something different this year.  I wandered past a shop that was completely new to me in the centre of town, and was immediately drawn in by boxes and boxes of tea in every blend, flavour and colour imaginable.  Somehow when I stumbled out again, I had acquired a box of Banana Bread tea: a delicious black tea flavoured with banana and vanilla and every good thing.  Just inhaling the scent makes me smile! 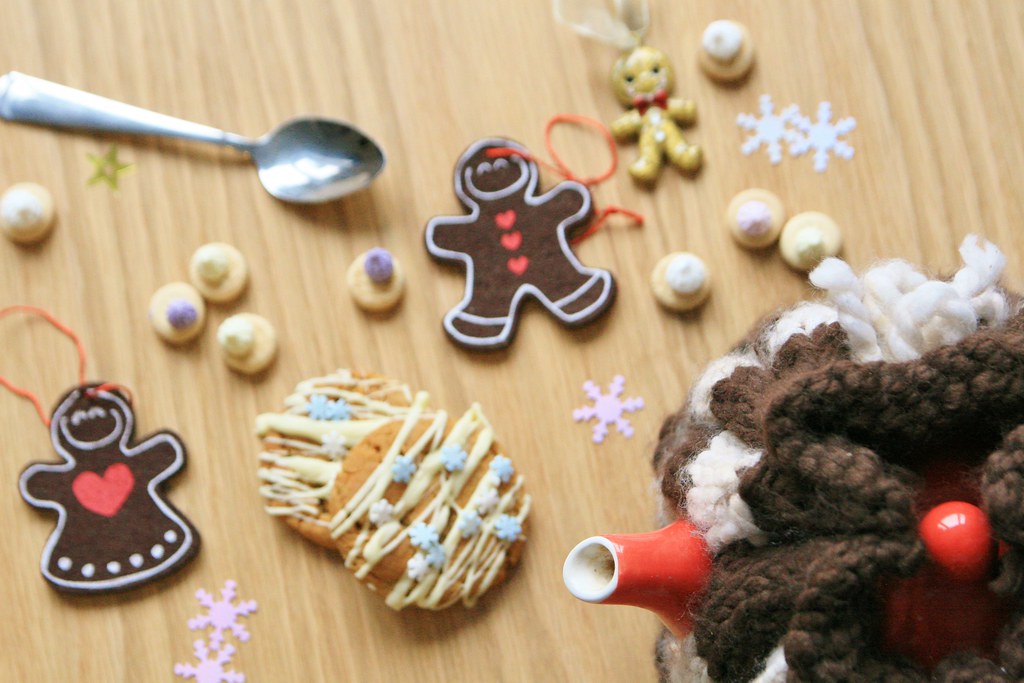 Now that school is very much out, it's nice to take the time to brew a pot of tea properly, and while away an hour or two with a homemade biscuit (compulsory) and maybe even an iced gem or two.  Who knew you could still get iced gems? 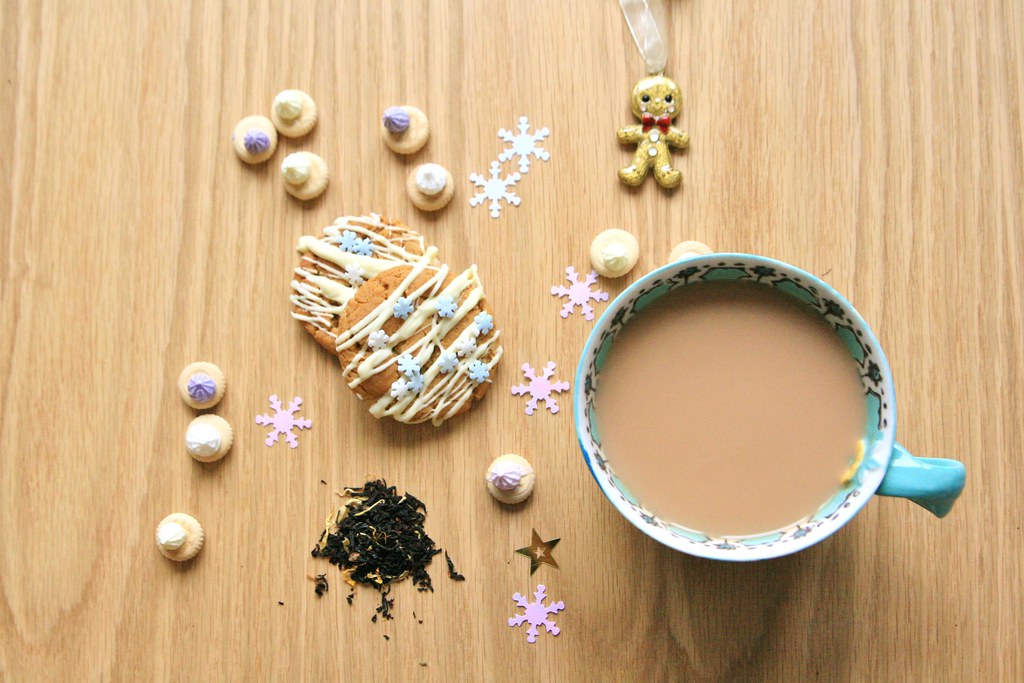 I have also splurged on a new mug, or in fact, two new mugs, because they're beautiful, they hold a lot of tea at once which is a bonus, and also because they're so beautiful  Again, I had very good intentions as they started off as gifts...but somehow some extras ended up coming to live with me.

Because, y'know, they're so pretty. 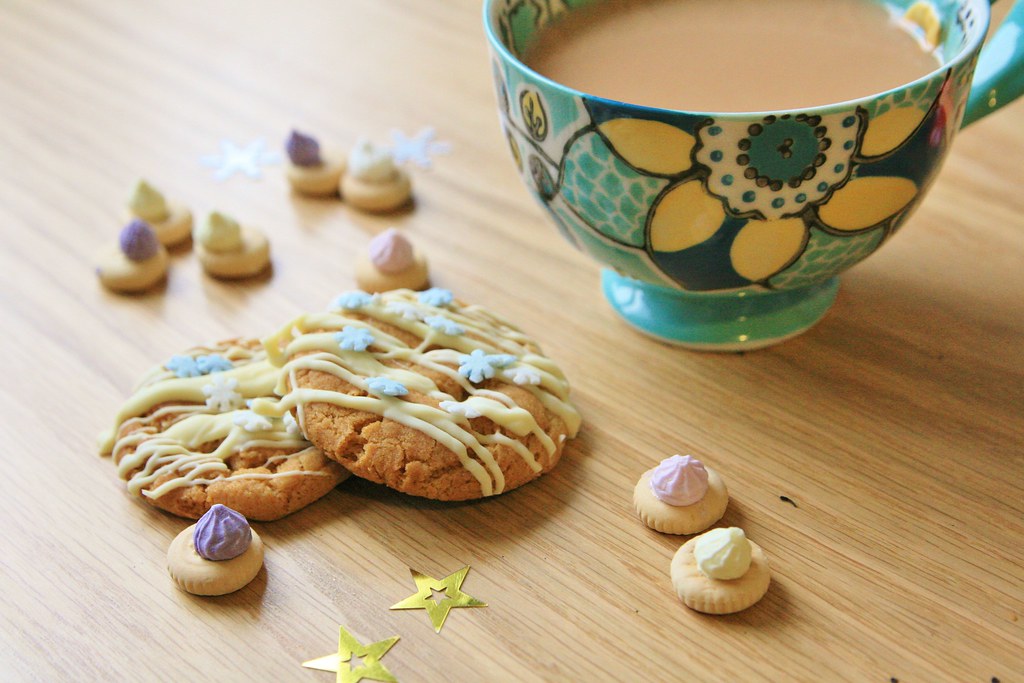 I may also have accidently purchased an Earl Grey style tea, named Girly Grey, which sounded lovely, but is as yet unsampled.  I'm quite tempted to save it for those grey January days.  And of course if I get the chance, I'm still going to pick up the Whittard's Christmas spiced blend. 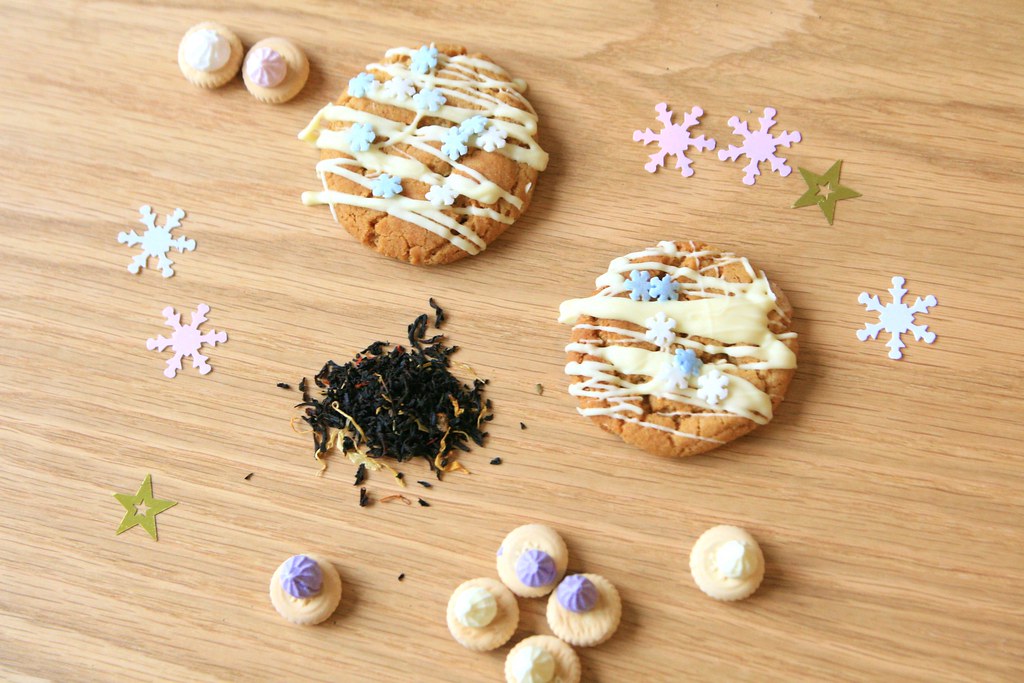 So today shall be very much a Christmas Sunday at home with cake baking in the oven, tea on constant rotation, knitting out, the Man cooking his signature Sunday roast, a little bit of mulled wine for later and the Advent candle burning down into the twenties. I'm very much looking forward to it! 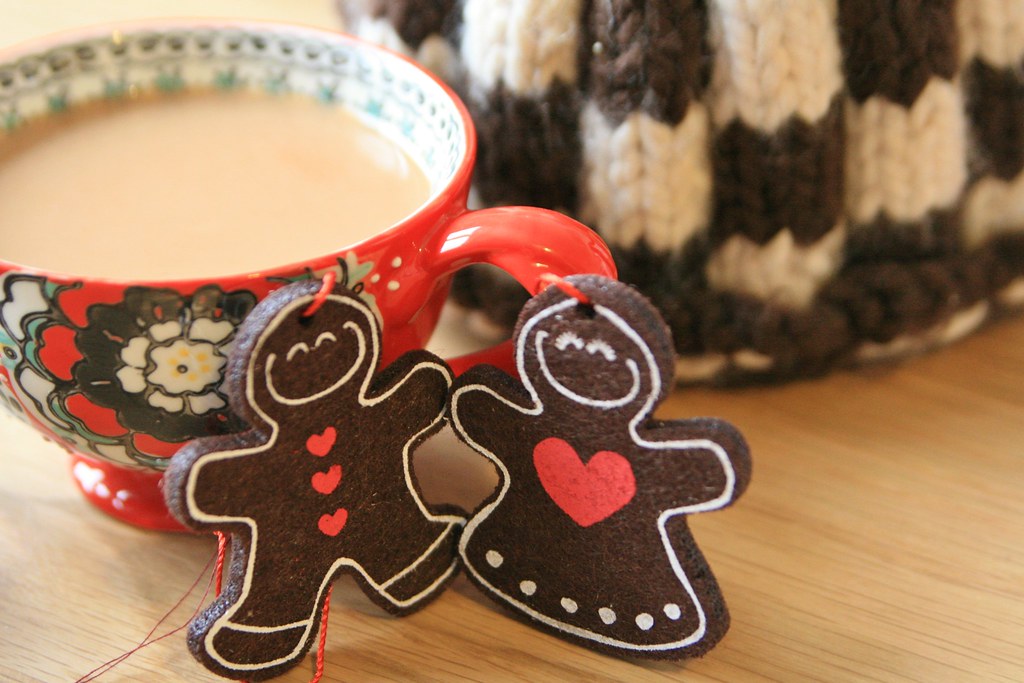 P.S. This post joins others in my daily Advent series as I record Christmas memories with photos and stories along with Shimelle's Journal Your Christmas class.
Posted by Miss Smith at 13:12