5th December: the Triumph and Disaster of Cinnamon Rolls 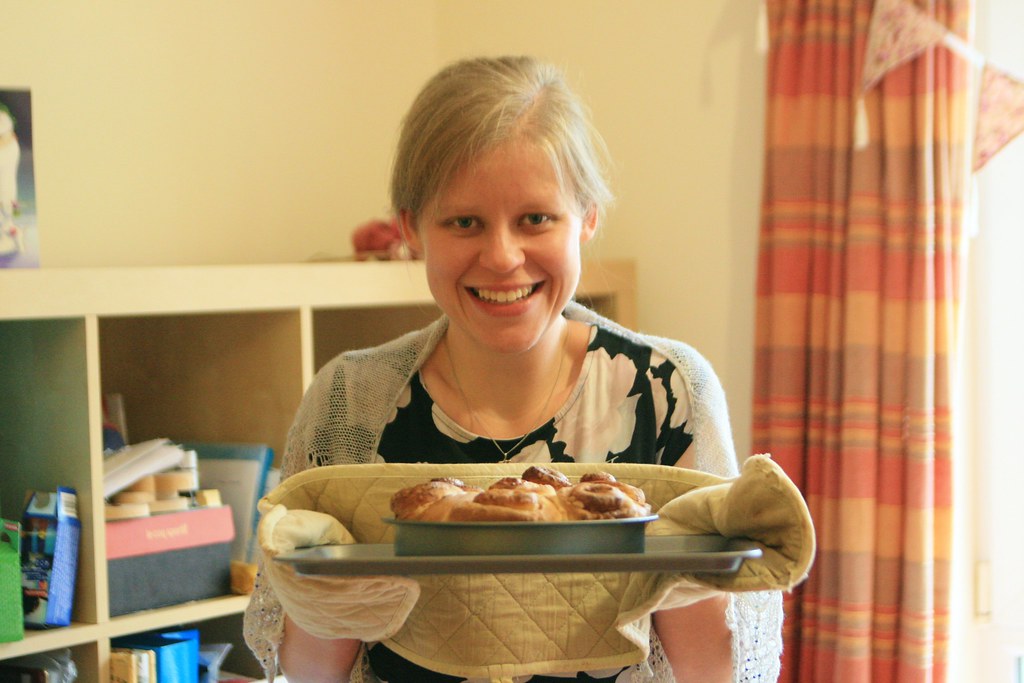 I'm by no means a brilliant baker, but it is something I enjoy and all the more so at this time of year when the oven warms the whole house and the scents of cinnamon and ginger waft through the house.

I have made cinnamon roles once before.  And it did not go well.  I eventually did manage to get a batch out of the mixture, but due to there being far too much liquid in the recipe, the first batch were thrown out before they were even baked and the rest of the dough ended up fermenting for so long that when they were baked, they were nothing short of violently alcoholic, and refrained from going near cinnamon rolls for a couple of years.

But forewarned is forearmed.  I had a good feeling about this batch.

Which was very naive.

Logically, a sensible time to start baking cinnamon rolls is at 11:00pm on a Friday night.  That's good planning in that you can bake them first thing the next morning and seem marvellously accomplished in a Nigella-esque fashion as your guests arrive for a morning cuppa and you nonchalantly hand them a still-warm cinnamon miracle.

It is also stupid planning to make them then because it is very late to start a preparation that takes 2 hours, and I was somewhat tired. And so obviously the mixture was so wet it was liquid instead of dough and I had to improvise as I went along.  Half the runny flour mixture went down the sink, liberally diluted by a very understanding friend, and I added cup after cup of flour to the remainder in a vague attempt to make it into dough.  By this point, I was pretty convinced that it was the recipe that was incorrect rather than me. One runny mixture is unfortunate, but I think two running mixtures isn't so much carelessness as a typo. 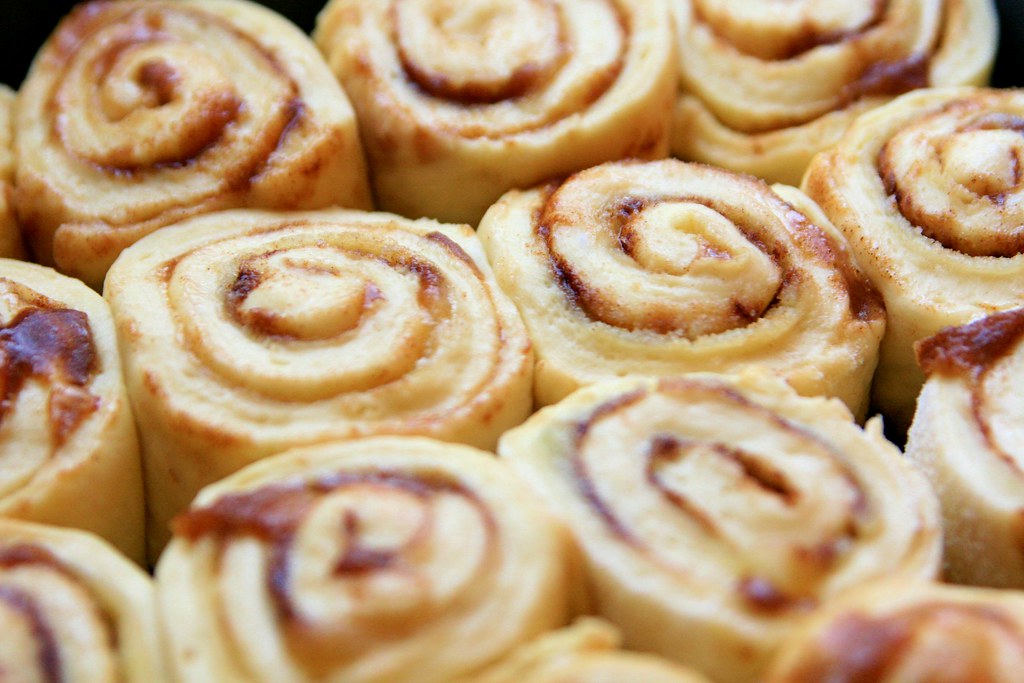 It did eventually become dough, I left it to prove, and then added in the final ingredients before popping the whole thing in the fridge to chill overnight and think about what it had done.

In the morning, the dough came out of the fridge and I let it get back to room temperature.  Then I rolled it out, spread over the butter, sugar and cinnamon combo that makes these rolls lovely, added some ginger too just because I like it, and rolled up the dough.

Well they looked right.  But given the amount of wishful thinking and hasty ingredients that had gone into the dough, I was convinced that they wouldn't work. 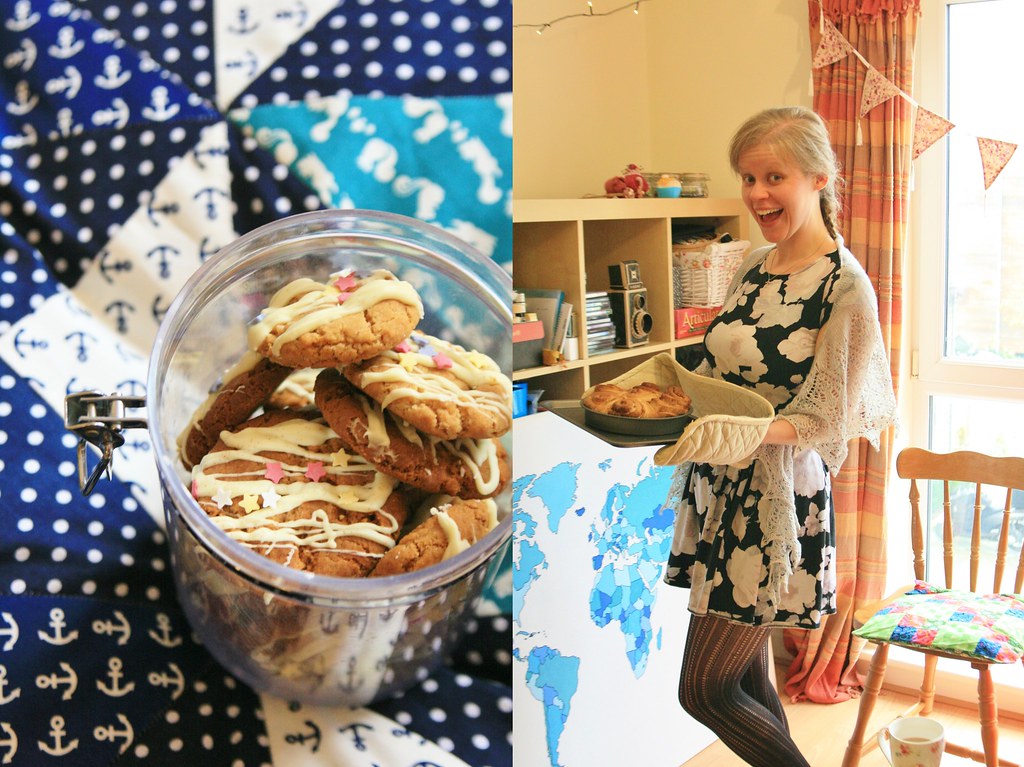 Oh ye of little faith: they worked a treat! They were yummy, warm, soft and pretty. If anything, I would have put more flavour in them.  A friend arrived with a pot of delicious winter berries in juice and we ladled over currents and blackberries, blueberries and raspberries and the result was delectable. 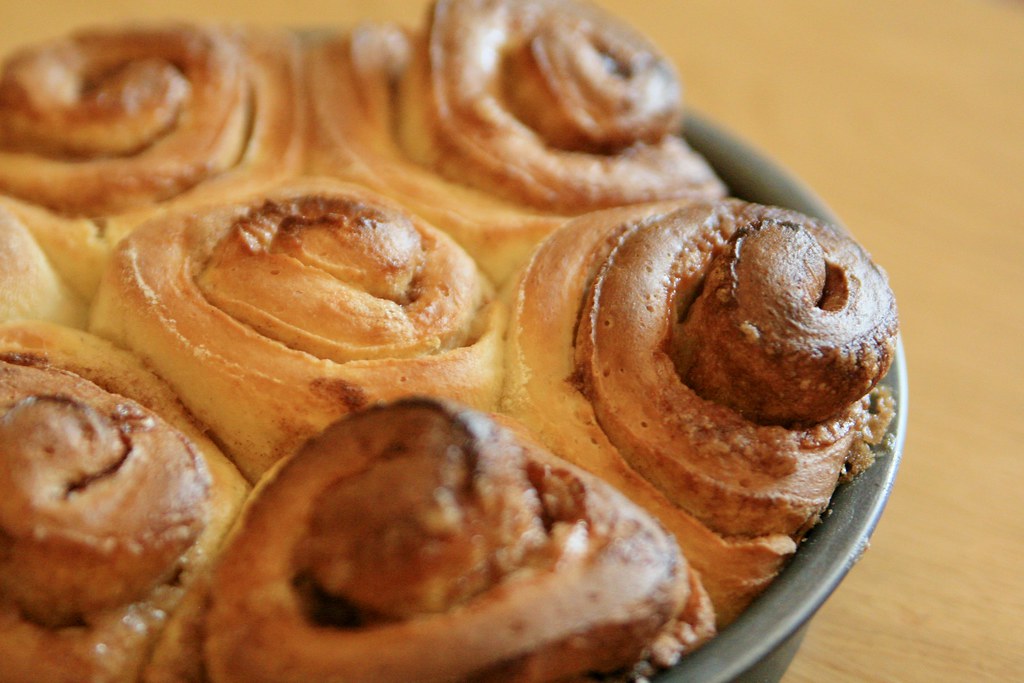 I saved a couple of the rolls and froze them, and it's nice to get up in the morning sometimes, defrost them and then heat them through in the microwave and break into the hot rolls first thing, slathering them with butter and having it melt and drip down the sides.  A very decadent, wintry breakfast.

I will never use that recipe again.  But I will definitely have to make cinnamon rolls again.  So if you do know a good recipe - one that you know works!!! - please let me know!

P.S. A very happy weekend to all you JYC people! This blog post is part of a series for Journal Your Christmas, an online class run by Shimelle.  Every day a festive post will be here to capture a little bit of Christmas magic.
Posted by Miss Smith at 11:13