New Year in the Mountains 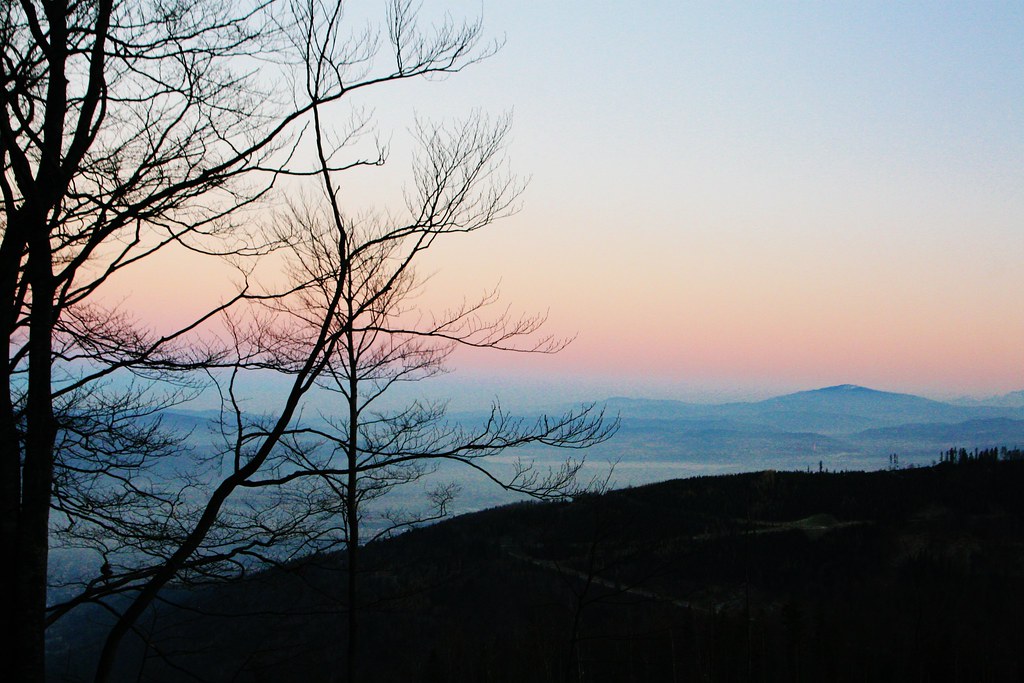 This year, the man and I packed a suitcase and headed off to Poland to see in the New Year.  This is quite a break from tradition; often we're stay-in types as the season draws to a close, and we just watch the fireworks on TV.  So it was lovely and very exciting to get on a plane and head into wintry Europe.

It was doubly fun for me, as we're were going to spend the holiday with one of my closest friends. She's Polish, and she and her husband were in Poland for a new year party with her family, so when she invited use to join them, it was wonderful to be able to make that happen. 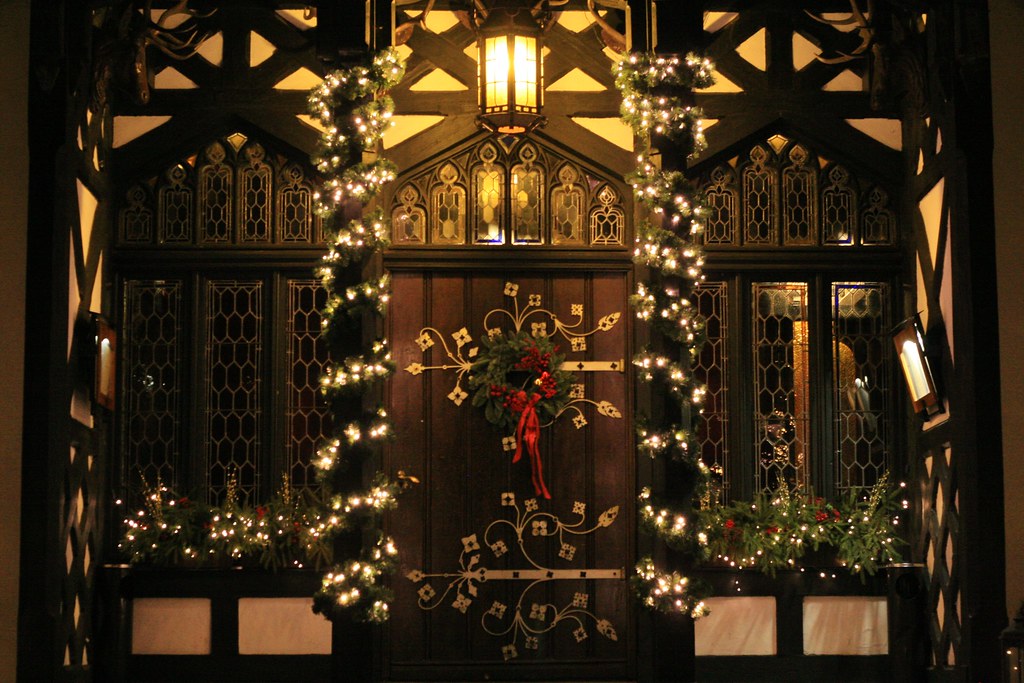 The man and I hopped on a plane on 30th December, and flew the short distance from Luton to Katowice, a city in the south of the country.  It was around six when we got out of the airport and found our hire care, and so the dark had already descended, and the temperature had dropped to -5 degrees.  As we were heading out for a party on the 31st, we thought we'd have a quieter night to ourselves following our arrival, and so we had booked into the most beautiful hotel for the night. 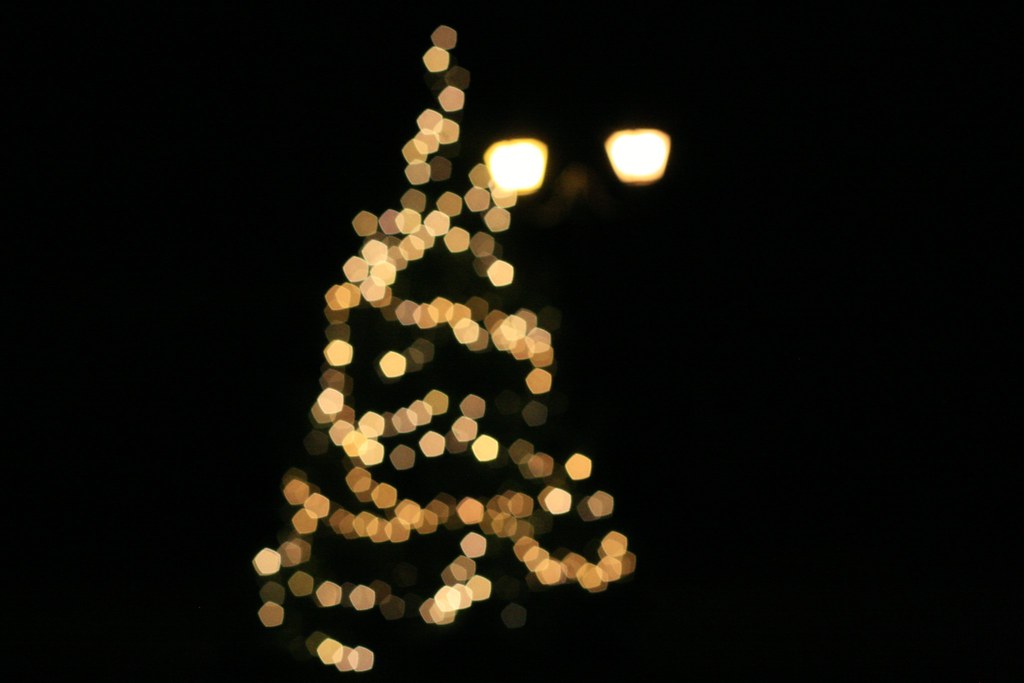 The man did all the driving, and we headed on our way to find the hotel, which was very much off the beaten track.  It was an old converted hunting lodge, and so set in huge grounds, surrounded by lakes and accessed along a few miles of little tracks weaving through looming corridors of forest trees.  Magical, and very atmospheric.

Inside the huge, wooden door, we found wonderful Christmas decorations everywhere: evergreen branches and twinkly lights adorning the bannister of the huge spiral staircase, Poinsettias on all the tables both in our room and in the restaurant, and hunting trophies everywhere.  I suspect they're up all year round though, and not just at Christmas.  Our room, which we unlocked with a giant iron key, featured a stuffed and mounted pheasant, obviously.

After exploring our room, we decided to try the restaurant.  Sweeping back down the huge staircase, we found that tables were spread through several small rooms on the ground floor.  We had AMAZING food, both opting to try Polish oat-fed goose pierogi with cream and mushroom sauce to start.  It was wonderful.  I mean, mushrooms are always delicious, but the little dumplings were absolutely taste-tastic.  By the way, if you've never had Pierogi, you should.  Blueberry ones are also lovely. For the main, I had salmon with pumpkin seed pesto on sundried tomato tagliatelle and I pretty much wish I was still there eating.

After dinner we slipped outside into the frost for a little walk and to see the Christmas twinkly lights around the lodge. 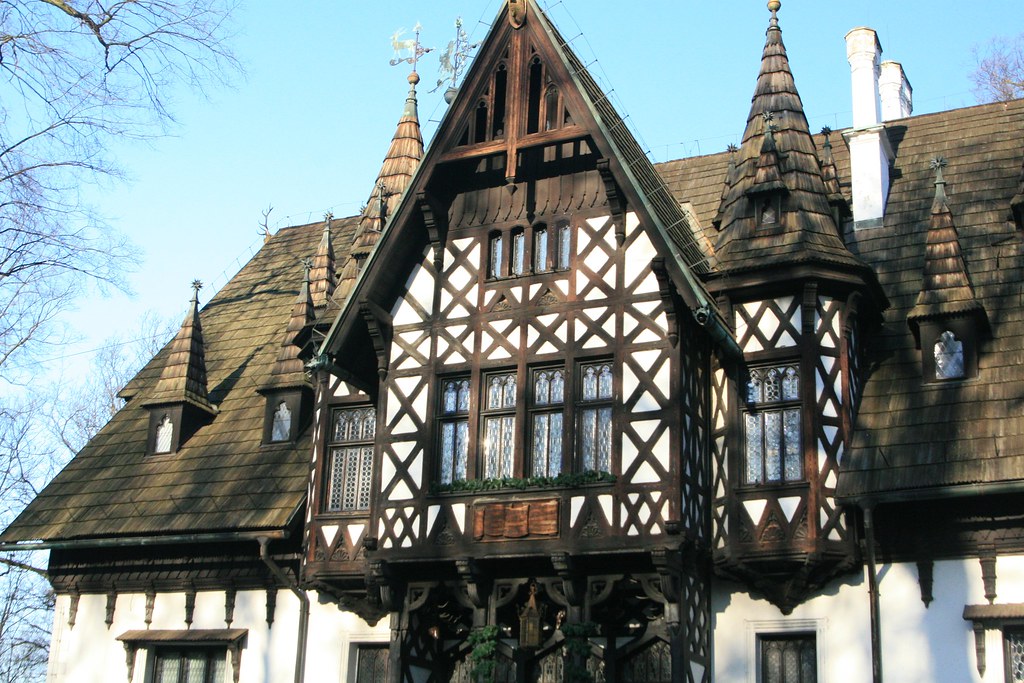 We had an early night, snuggled up under the lovely blankets in our room and watching a bit of Agatha Christies's 'And Then There Were None'.  I've read it before so I knew what would happen, but it really terrified me.  Yikes!

In the morning, we were able to see our home for the night in the daylight, and I took a few pictures as it was just beautiful.  We could also see the surrounding lakes: it must be a wonderful place to stay in summer too. 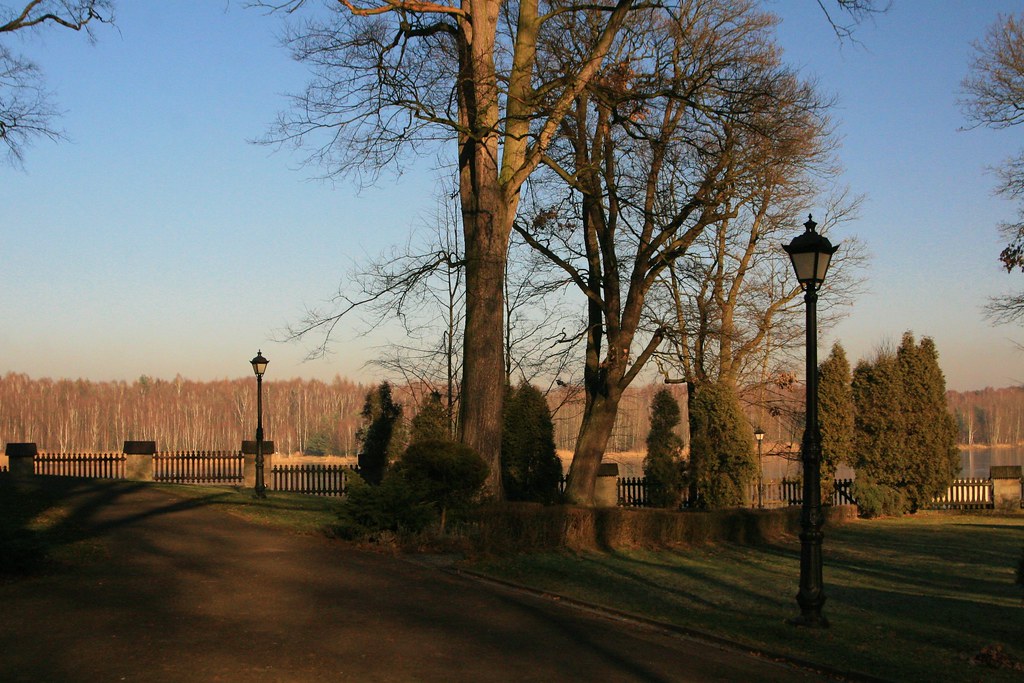 We left to drive the rest of the way to my friend's house and it was lovely to see her and catch up with her family.  I've visited several times before and they are always incredibly welcoming. We were served a wonderful lunch, and then we all packed up our bags into backpacks ready to scale the mountain.  Wearing lots of layers, as it was chilly weather.

All sorts of things disappeared into those bags: champagne for midnight, board games, thermals and layers, and pretty party clothes, not to mention the huge numbers of fireworks poking out of the top. We wandered to the base of the mountain and caught the cable car to the top.  A short walk later, and we had arrived at our mountain-top location, reaching the hostel that would host the party, and admiring the stunning view as dusk descended.

The party wasn't due to begin until eight, but we had to climb the mountain early so the cable car would still be open. So we had a few hours to kill, and we spent them perfectly: snuggled inside with mulled wine and board games.  In particular, a wonderful board game called Queue which you might think sounds like a British concept, but it actually a Polish game about the difficulty of acquiring anything during communism, and the queuing that took place daily.  The instruction booklet came with a lot of historical information about Poland under communism, and we spent a merry evening putting out little characters in queues, shuffling them around and sending anyone who spoke ill of the government straight to the back of the line. 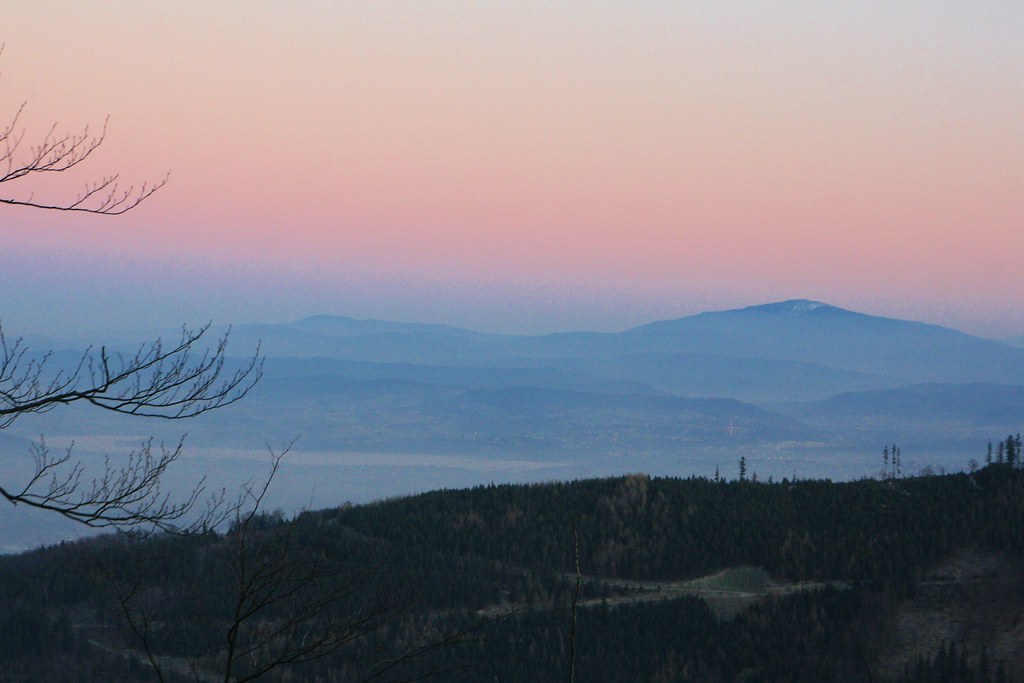 With the sun set, we returned to our room, and dressed up in our finest for the party.  Polish parties are, in my experience, invariably brilliant.  First of all, there are back-to-back meals.  And in between courses and meals, or at pretty much any moment, everyone gets up to dance.  It's wonderful and the man and I spent a joyful few hours munching through roast meats, slurping up soups and stews, and dancing our little socks off.

It was at half eleven that the partying came to a temporary halt.  Indeed, this is the only party I've ever been to where everyone goes to their rooms before the stroke of midnight to change into thermals and every layer of clothing imaginable.

Then we all clattered outside, well bundled up and clutching bottles of champagne, bunches of fireworks and sausages.  We scrambled up the mountain and crowded around the bonfire which was toasty warm and we could see thousands of stars above.  Then came the midnight countdown.  It was in Polish so I wasn't sure how close we were to the new year, but once the champagne corks started popping, it seemed a safe bet that 2016 had arrived. We toasted with our bubbles, watched the twinkle and flash of fireworks going off across the valley below us, and everyone on the mountain found a space to set off their own.  There was ooh-ing and aah-ing aplenty (a universal language of fireworks) and I declined to set one off and spilled champagne all over my mittens instead.  Twice.

Champagne Mittens would be an excellent name. It is also the reason why I shouldn't be allowed explosives on a stick.


Once the champagne had been tidied away (so, basically, once it had been drunk) we turned our attention to the sausages.  Long toasting forks appeared and everyone crowded around the bonfire, pressing towards the heat of the flames to roast our sausages, charring them slightly and getting a lovely smoky flavour.  When they were succulent and sizzling ,we used a slice of bread slathered in ketchup to yank them off the forks and feast.  It was the best hot dog I have ever had.

Eventually, with cheeks red from the flames and eyes glowing, we headed back indoors for the rest of the party. We danced the night away until around 4:00am and headed for bed, tired but ever so happy.

Happy New Year everyone, and a massive thank you to my lovely friends for hosting us, and to the man for coming along with me.

P.S. I didn't take any pictures at the party as I assumed they'd all come out dark and blurry.  But hopefully someone else has some kicking around that I can steal gleefully!
Posted by Miss Smith at 18:43