Volunteering in Ecuador with Girlguiding 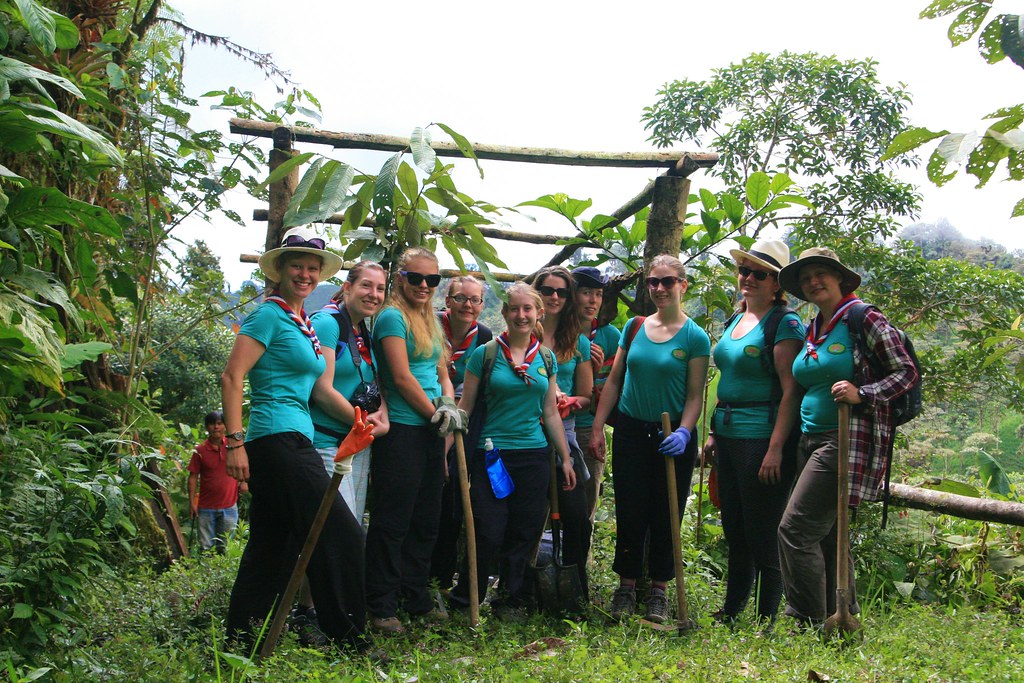 In the summer, I spent the most incredible 3 weeks in Ecuador with a team of 10 women, all volunteers with Girlguiding, all 100% fantastic! We had so many adventures, that I can't begin to describe them all in one post, but you can read about our trip preparations here, and our visit to the Equator here, but today, I want to share a few stories from the main reason for our project: our volunteering work in the mountain community of Las Tolas.

We spent two weeks in Las Tolas and in that time, I think we all took the village and its community to heart.  Las Tolas relies on farming and livestock to maintain its people, and they aim to do this in a way that supports the environment.  Around 15 years ago, locals decided that there was no future in continuing to clear land and trees, and that they would instead dedicate themselves to preserving the environment.  So they established a reforestation project: the villagers themselves are out every day and they regularly host volunteers such as ourselves to contribute time, and enthusiasm.

And my goodness, we had enthusiasm to spare! 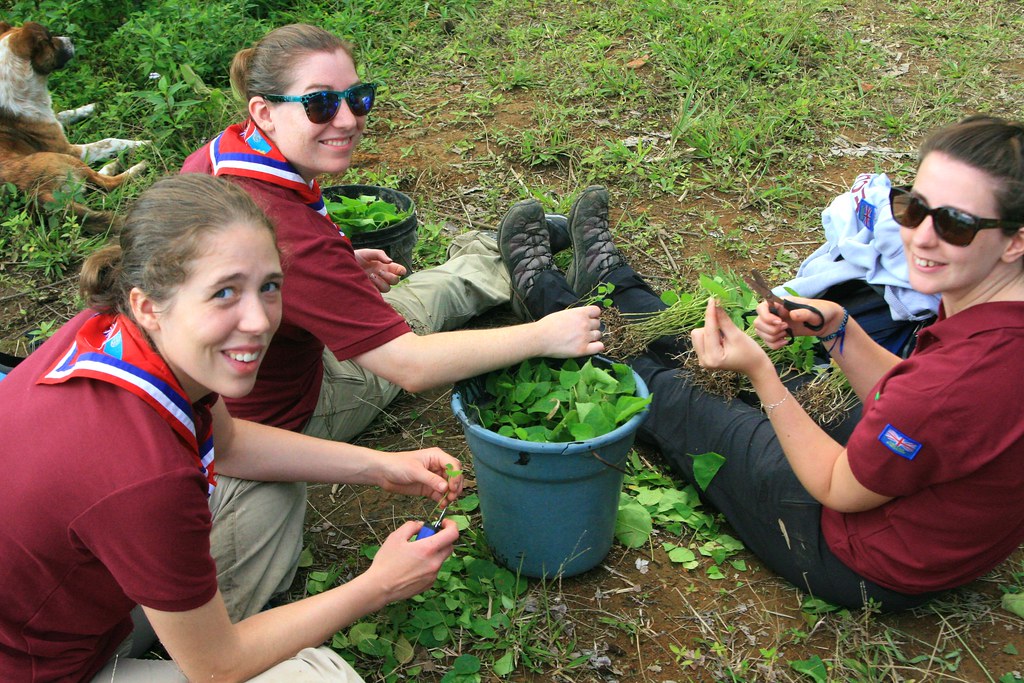 We had a whole range of duties while we stayed at Las Tolas.  We spent several mornings working in the plant nursery, trimming the little seedlings, replanting them into bigger pots and rotating them into larger nurseries.  These little leaves will one day grow into saplings that can be planted to replenish the Cloud Forest.

And we did truly epic amounts of weeding.  Entire greenhouses, swamped with vines, coffee plantations, and yes, little saplings, are safe from weeds because of us! 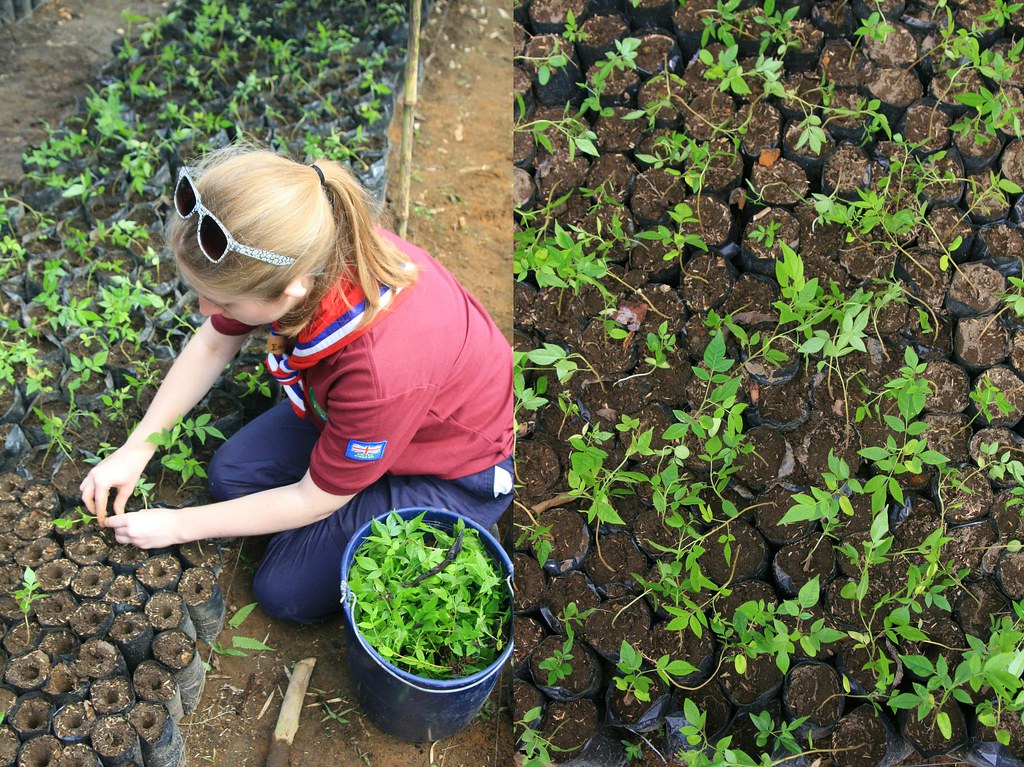 As a group, we took part in day-to-day life which included milking the cows (hilariously squishy), more weeding, and one terrifying morning when Charlotte and I accidentally volunteered to run around a field trying to vaccinate a herd of bulls that did not want to be vaccinated.  And when I say field, I really mean the impossibly steep side of a mountain.  And when I say running around, I mean I would initially courageously run after the bull, up until the point when it turned round and moved towards me, at which point my courage would fail and I would run away. Imagine this going on for over 2 hours, and our two endlessly patient Ecuadorian hosts falling about laughing at our miserable efforts.

I can now say that it was the most exhilarating morning, and that I have developed a very healthy respect for bulls, after one of them got so cross it kicked apart its corral. And with any luck, I will never have to do it again,

We also spent time repairing forest paths and routes so that people can ramble around easily and enjoy the stunning natural beauty of the Cloud Forest.  It's an incredible place, and tourists bring in much needed cash to support the reforestation projects, and locals make and sell handicrafts to boost income. 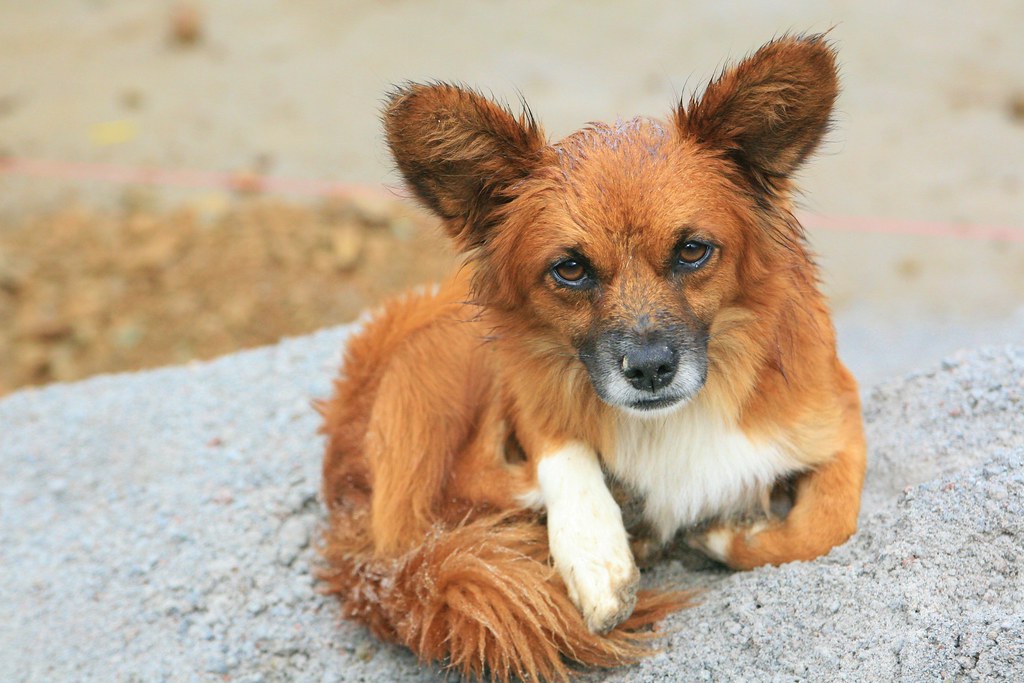 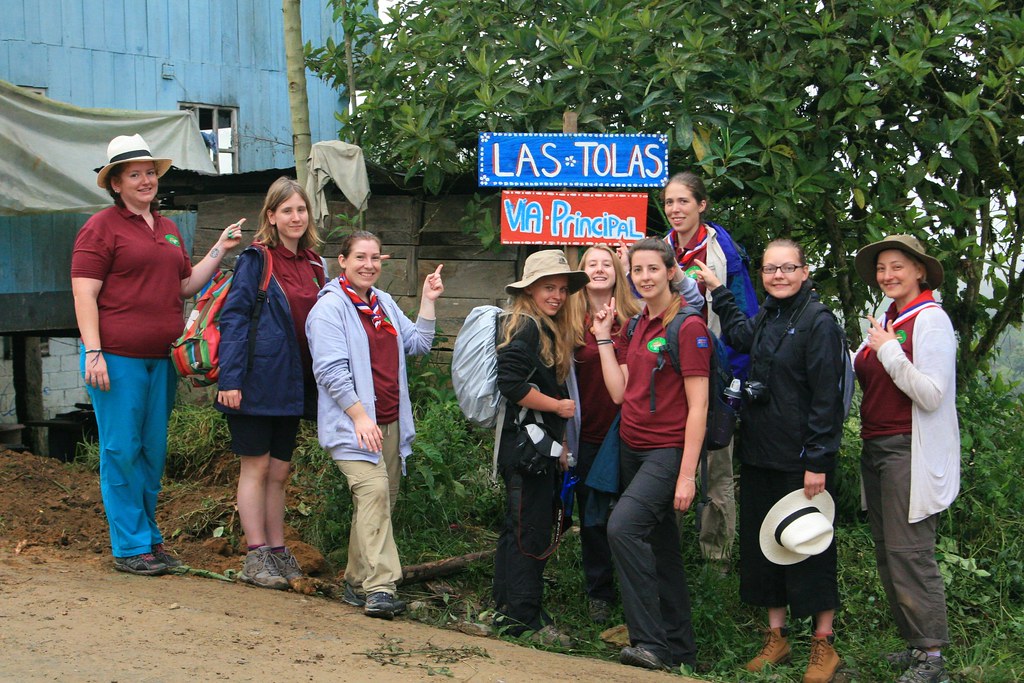 The village itself was a wonderful place to stay: there were always people out and about, working and catching up and running between houses, and we were often hailed with "Hola, Chicas!" has we went on our merry way.  We stayed in pairs with local families and we all came back with different stories to tell from family life. Bethan and I stayed in a family with two small boys aged 3 and 7 who were a giggle-prone handful and wanted to play every night!  Bethan was a constant source of amazement to them as she produce games and activities and packs of cards endlessly from her backpack, and we all played round after round after round of snap.

The village was also home to lots of animals: alpaca, hens, little baby chicks, tiny cats and litter of adorable puppies roamed around just asking for cuddles.  We named them cheerfully, and the puppies in particular were popular and would fall asleep in our arms.

We also got to try so many different foods, from the mammoth cooking session where we learned to make empanadas, a morning churning milk and cinnamon into cheese and dolce de leche, and various untranslatable snacks we kept optimistically purchasing at the little shop. 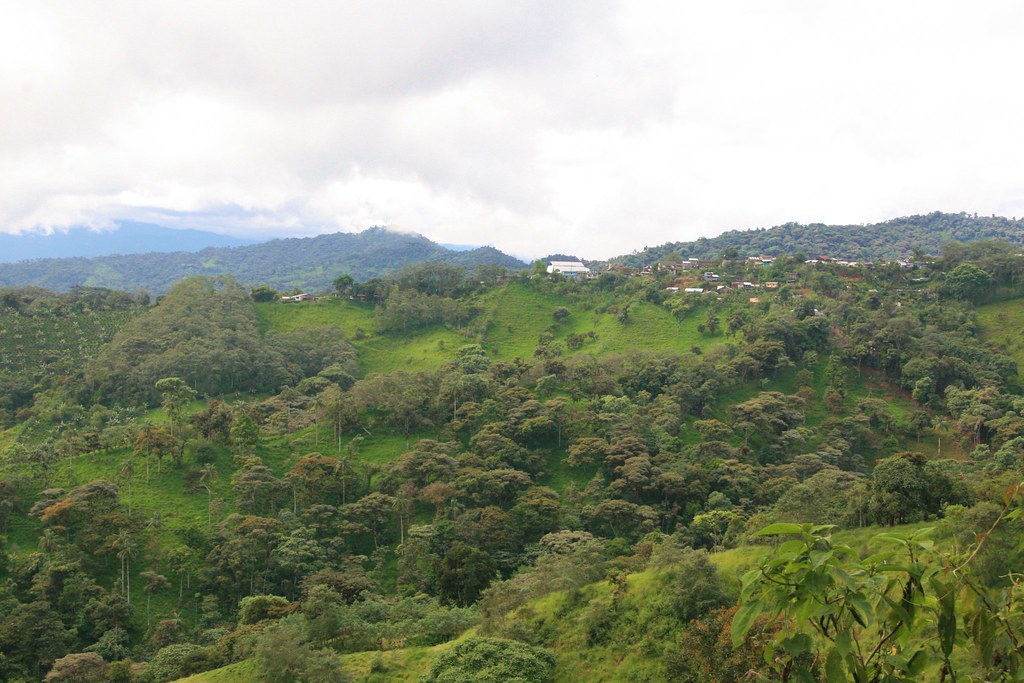 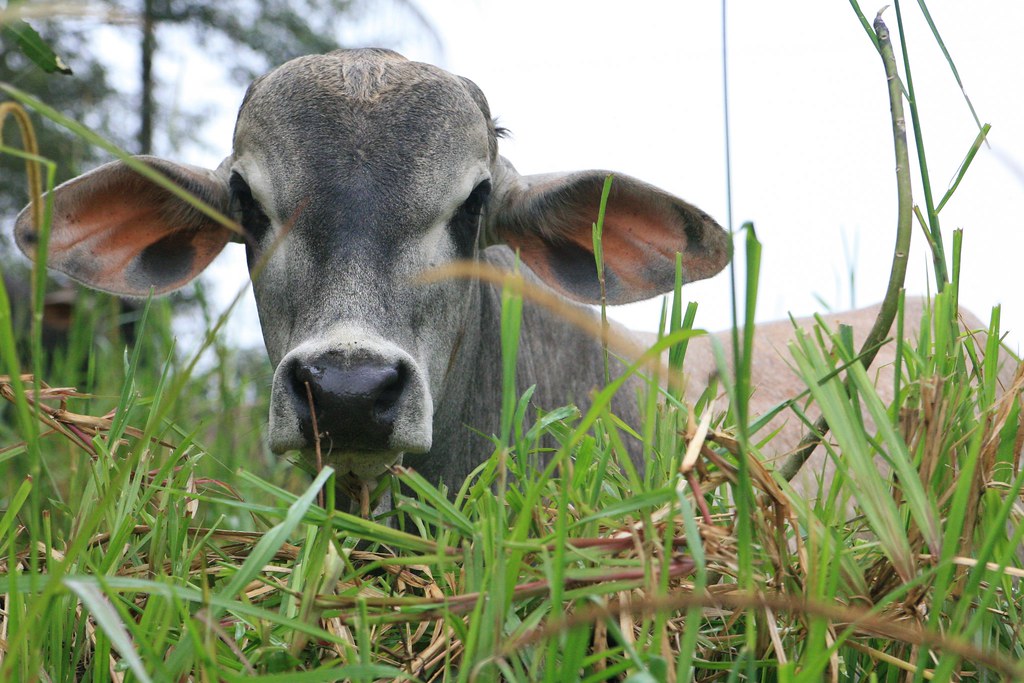 If a little free time presented itself, we would head out to explore and walk around the paths and tracks that wove in and out of the little village and among the mountains.  It's not called the cloud forest for nothing: during the early afternoon each day like clockwork, the clouds descended and we would be cocooned in our own little world of trees, mist and wildlife. 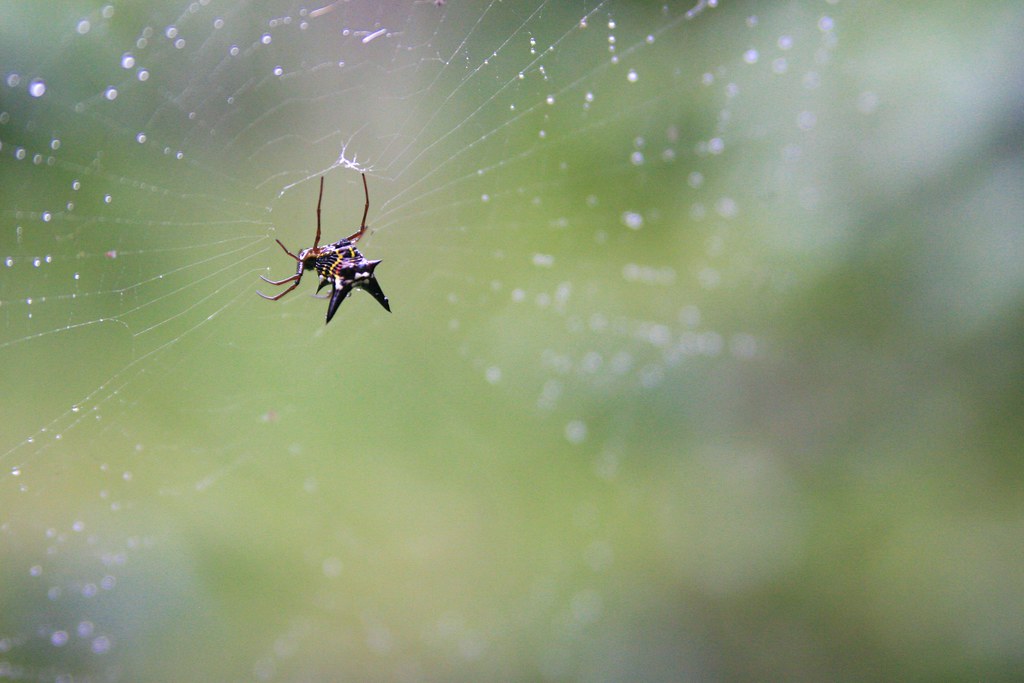 I don't think it's really necessary for spiders to have horns. 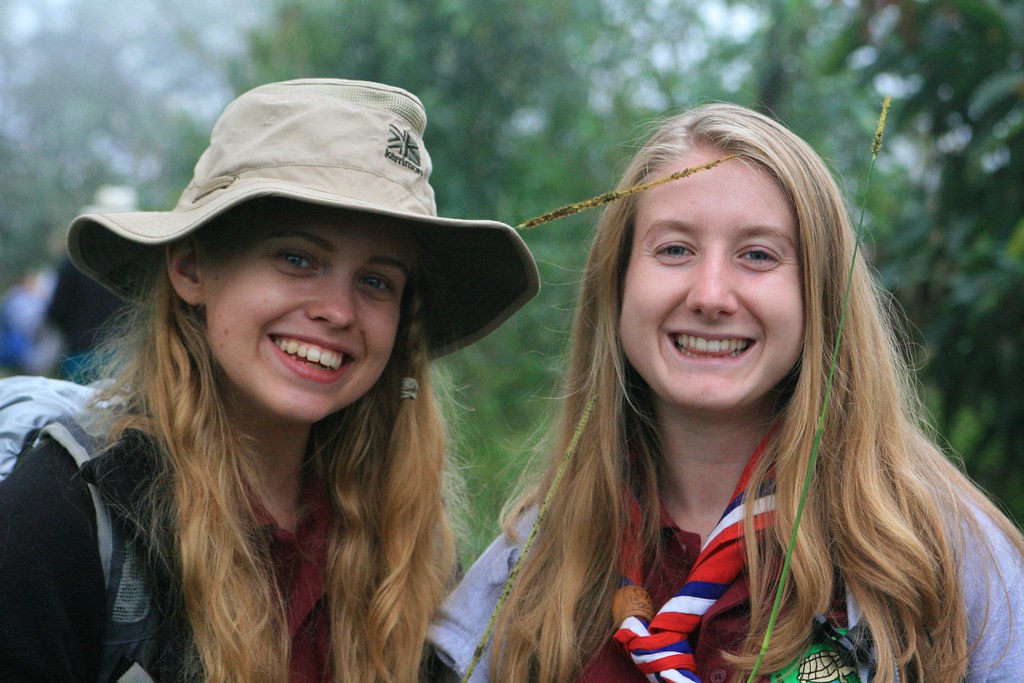 The cloud forest is a really magical place, and part of makes it so is the warmth and good-hearted welcome of the locals who know it as home.  I learned a lot living there, and life adopted a lovely rhythm of tiring physical work, wonderful new experiences and time spent with new friends.  We played football with the local children (and were properly trounced), ditto volleyball, and we were invited into homes to sample food, or sing along to  guitar, or visit a workshop. 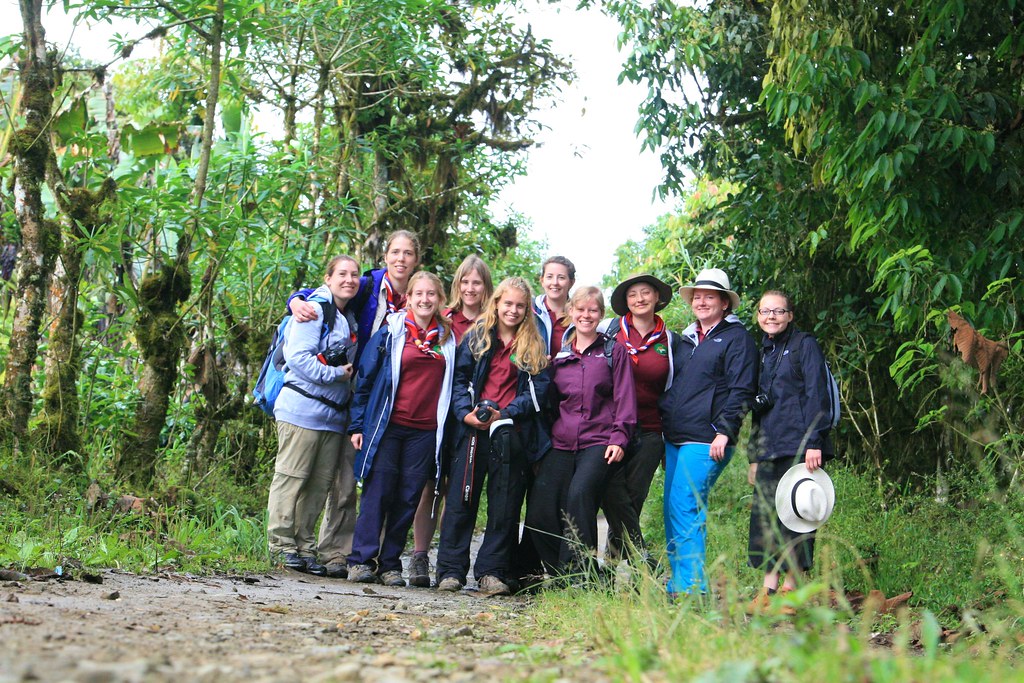 Ecuador is a truly enchanting country: everywhere we went was different and we explored so many different environments.  But this one was special, and one day I want to return to the Cloud Forest.

P.S. I went on this adventure as part of a Girlguiding Project.  If you want to more or get involved, check out the website here!
Posted by Miss Smith at 06:30