Frankenstein at the Royal Ballet 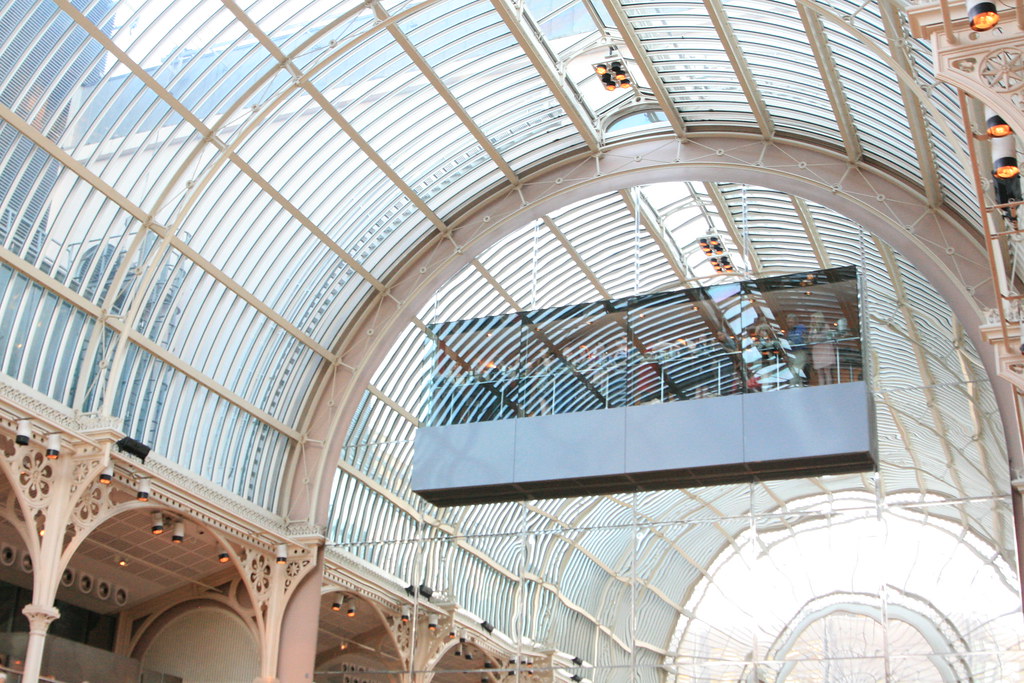 It's always a treat to go to the ballet, and doubly so when said ballet is on at the Royal Opera House in Covent Garden.  It's a grand venue that oozes fancy and you can't help but dress up a little bit. Don't want to let the side down and all that.
So when Guider extraordinaire and new-found ballet buddy Jazzy messaged me to see if I fancied going to see Frankenstein, it was an immediate yes from me.
Frankenstein is a new production from the Royal Ballet and a bit of a departure for me from the things I have seen in the past.  I have seen some of the classics: Swan Lake, The Nutcracker, Giselle, Romeo and Juliet - but never really been to see anything contemporary.  I think that's largely because I was concerned that I might find a modern production inaccessible, and there are certain things that I expect to see in a traditional staging of a ballet that I thought I might miss. 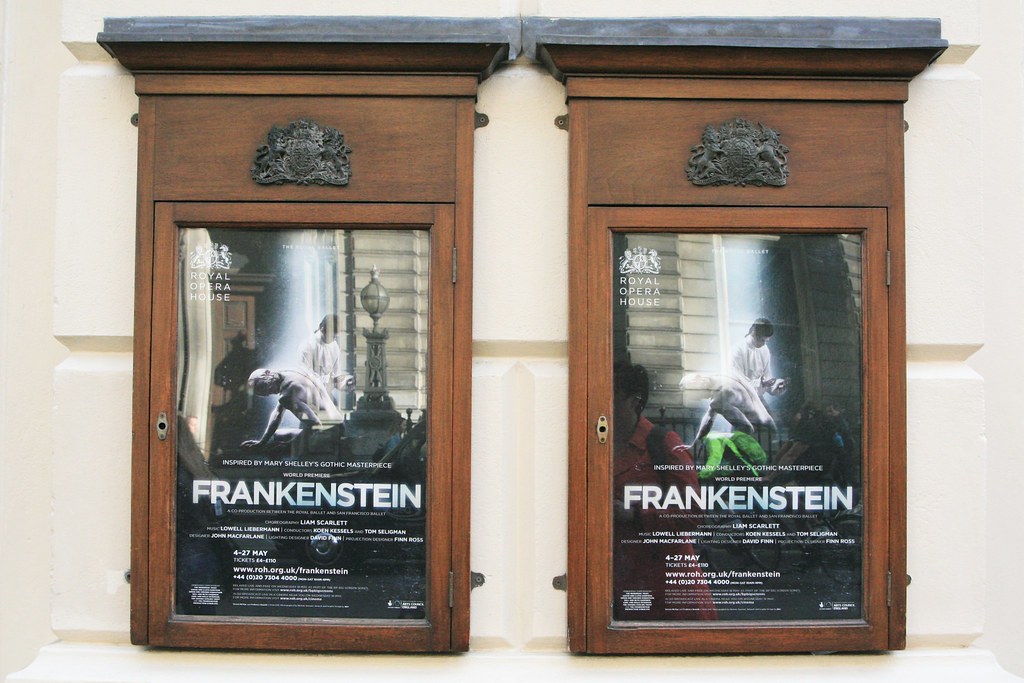 Add to that the fact that I tend to go to the ballet alone as my friends are not particularly interested.  If I'm going to see ballet, I want it to be special.  I think it's worth spending more than I normally would for theatre so that you can see the detail, the footwork, the costume, the effort and the athleticism. If ballet isn't your thing, then it can be a pricey way to dispose of those hard-earned pennies. Tickets can pretty much cost you whatever you want to pay.  You can stand up in the gods for a tenner, but your view is somewhat distant and restricted; if you want to sit down, you're probably looking at something around £50.  More if you want your seat to have armrests, and a view.  Or you can pay a few hundred pounds to sit in a box. 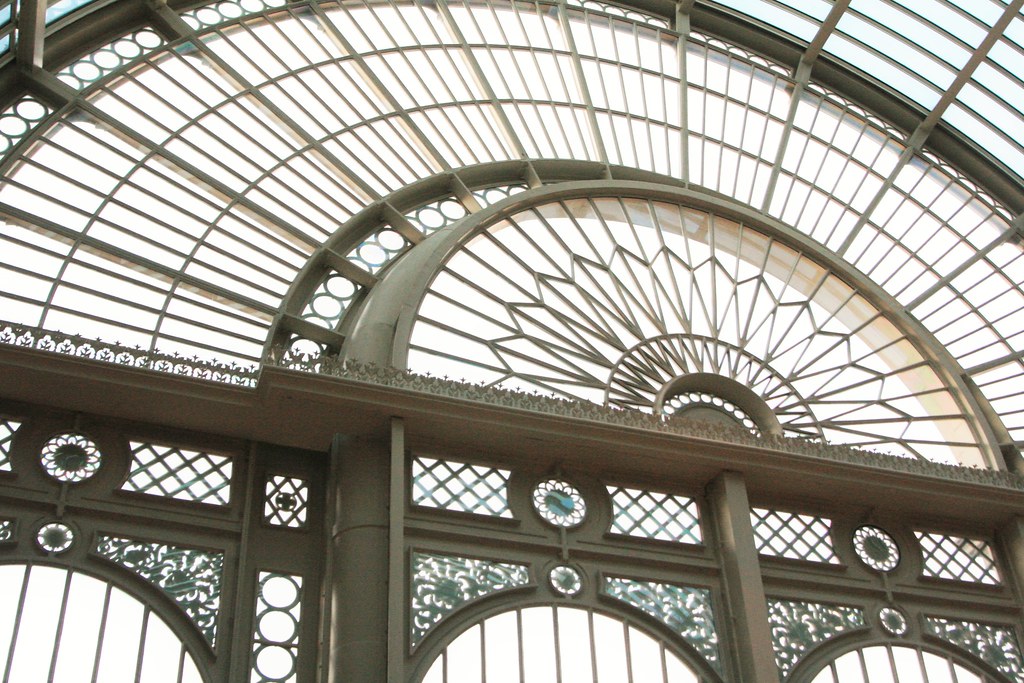 So roll on Tuesday evening: not only do I have a ballet partner in crime, but we had excellent seats from which to watch Frankenstein.  I tottered along to Covent Garden after work, inhaled a burrito quite successfully with minimum mess (unusual, so high five to me) and met Jazzy. Picking up out tickets (and ice cream vouchers: necessary) we headed into the depths of the building to find our seats. The view was the best I've ever had at the Opera House and we amused ourselves wondering who all the people were and admiring the large rendering of a skull which dominated the stage's curtain. Everyone around us had really made an effort to dress up a bit, but having said that, they also didn't seem to be creating the impression of having come straight from work.

So my thoughts on the ballet?  Well, I am by no means knowledgeable, or discerning when it comes to ballet; I cannot profess to be an expert or a connoisseur. But I LOVED it.
﻿﻿

Frankenstein is in 3 acts, with 2 intervals (read ice-cream breaks) of about 20-25 minutes each giving an overall time just shy of 3 hours.  The first act engaged me immediately: the score was atmospheric, and we were introduced to the Frankenstein family home through a surprisingly traditional series of dances.  We saw the family adopt young orphan Elizabeth, we see her playing with young Victor, and we see them grow both in age and closeness. There's a rather lovely montage where the younger dancers and the older versions of the characters share the stage, entwining childhood memories through the home and unconsciously echoing their past in their future.  The pas de deux was simply lovely: flowing and aerial with so many effortlessly conducted lifts, and with a serenity that belies the gothic horror yet to come. And a word on the costumes: perfection.  That's the word. They oozed opulence and complemented the style of the production and the dancing. 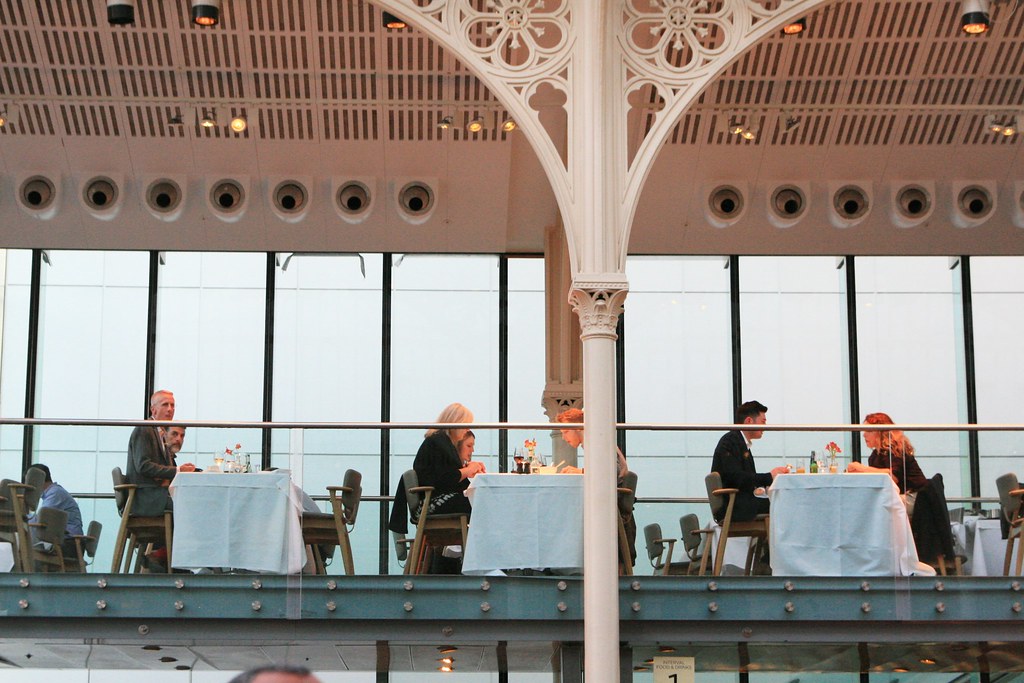 I didn't know the story having never read the book, but we see our promising young couple become engaged, we see grief strike the family as the mother dies in childbirth, and we see Victor head off to medical school with a heavy heart. His grief drives his fevered imagination and in some of my favourite scenes, set in a wonderful lecture theatre.  As a dissection takes place, nurses in white robes flaunt severed limbs as the student doctors dance in formation, their spectacular frock coats whiling in unison, reminiscent of the way ballerina's skirts might billow.  This was an incredible scene, with glittering lab equipment, pyrotechnic electric generators, fearsome chemicals and a lovely inversion of a ballet that would perhaps traditionally be female.

At the first act's climax, Victor, alone in the lab, finally creates his...well, a "monster" is never referred to.  We simply have his "creature".
﻿
Steven McRae danced the Creature in acts two and three, and while there is an element of the monstrous in his performance, what was most startling was the stark sense of pain and betrayal he evoked.  While those around him perceive a nightmare, the creature simply desperately craves acceptance and affection.

As this craving turns bitterly inwards, and twists into depravity, we see the creature stalking his creator, his father, as he comes to terms with his creation and existence.  We see this in two fascinating scenes: in the first the creature steals away Victor's younger brother (a great performance from young Cabrera Espinach) and a seeminly harmless game of blind man's bluff transforms into a terrifying tragedy, the innocent charm of the young victim violently giving way to fear when the blindfold comes off and his antagonist is revealed. The second depicts Victor's descent into madness: while dancing at a ball with Elizabeth, we catch glimpses of the creature in a tailcoat, weaving in and out of the crowd, one moment a dancer, the next having melted into the background, leaving Victor to ever more frantically interrogate his guests.  The sense of impending disaster was almost palpable

In cruel imitation of the balletic forms, the creature entices his victims into dances that will inevitably lead to death; the performances are entrancing and laden with doom. And yet even Elizabeth, forced to twirl and float in a horrifying, macabre pas de deux, cruelly mocking the affectionate dance she shares with her husband, even she is hypnotised by the creatures spell and is danced to her death.

In the final scene, as Victor grapples with his creation who is both seeking solace and acceptance, and meeting out retribution, the ultimate tragedy unfolds.  We are left with the arresting image of the creature amidst his corpses on a barren stage, a ragged sunset dripping from the horizon.

It was hugely powerful.

The time in the opera house flashed past.  The production was tense and gripping, and we both felt we were almost glad of the intervals to give us space to breathe and relax. Interestingly, I have read a few reviews since seeing Frankenstein that seemed to find it somewhat disappointing.  For instance, the first act featuring the family drama seems to have been deemed unnecessary and some reviews claim the creature needed more stage time, and should have been less balletic.

As I said, I am no professional critic.  But Frankenstein gave me everything I hoped for and more in a ballet. It absorbed me in a gothic romance, and I felt empathy for a "monster".  I was treated to lavish costumes, magical sets and a tense and emotional experience.  The dance was beautiful, sinuous and breath-taking.  It was also creeping and crawling, unearthly and stunted.  But most of all it was accessible, and I could enjoy every minute both recognising the elements of ballet that I love, sometimes traditionally, sometimes with a twist, and sometimes distorted into horror to create character and depth. 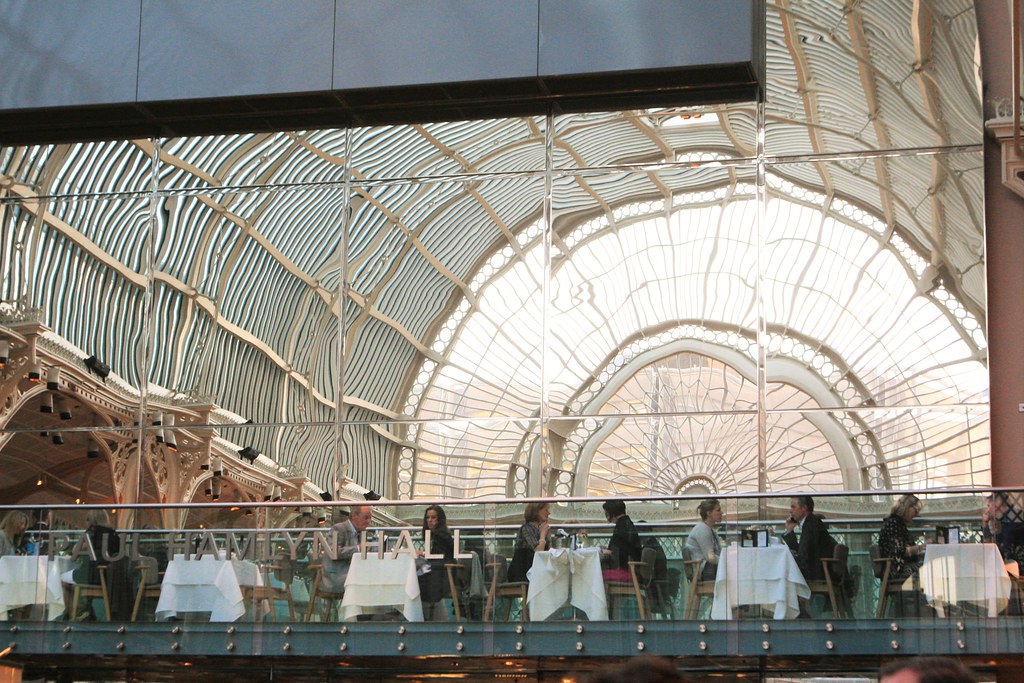 So I disagree with these luke-warm reviews.  Perhaps if you watch world-class ballet all the time, you become jaded.  Perhaps I lack sophistication and am simply amused by anything that is sparkly and moves.  But this is an impressive production, unlike anything I've seen before, completely stunning and gripping, and I would highly recommend it.

P.S. It feels lovely to go to the ballet after work on a school night.  I think that's exactly what 20-year-old Kirsty hoped 29-year-old Kirsty would be doing when she moved to London.


P.P.S. Photos of the dancers in this post are from the Royal Opera House website, taken by Bill Cooper.﻿
Posted by Miss Smith at 19:11