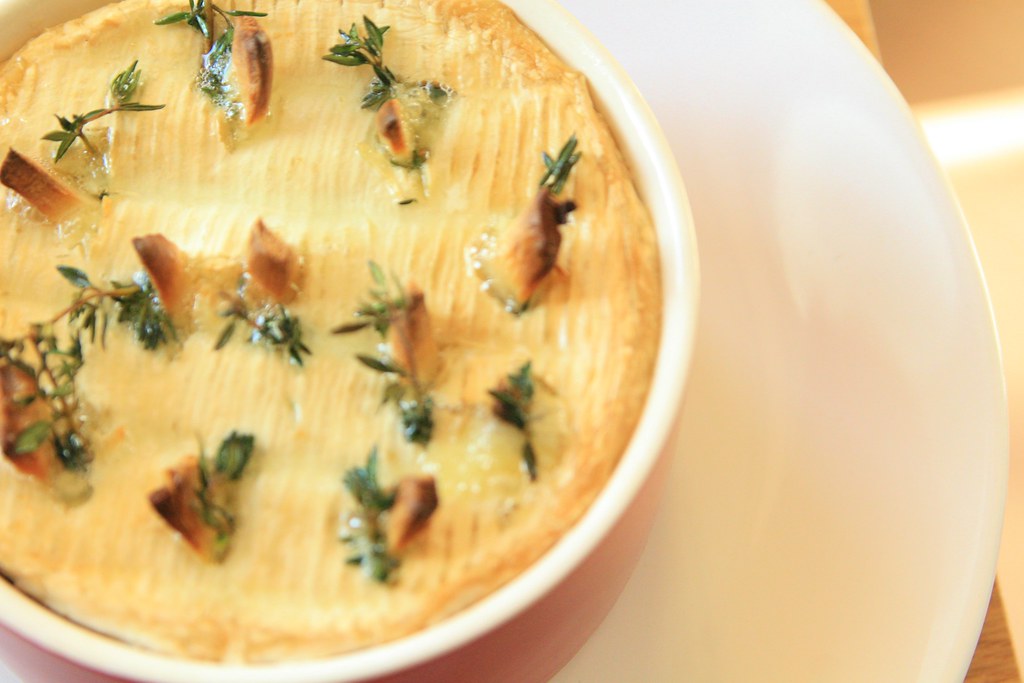 Why did nobody tell me about Camembert?
I think of myself as a cheese sceptic.  I wasn't really a fan of cheese growing up, and we didn't really have cheese at home.  But going away to university meant that I tried more food, discovered macaroni cheese and was prepared to entertain the concept of cheese in contexts other than pizza.
Yum: pizza.

My man however, is all about the cheese. And so cheese has slowly and inevitably made its way into my life.  My tastes are not adventurous but I LOVE what I love.  Applewood Smoked Cheddar has changed my life. And more importantly my crackers.  But I still have a fundamental mistrust of unfamiliar cheese, and I think that's probably sensible when we're talking about a food that happens because something else has essentially gone mouldy.  Possibly you can tell that blue cheese does not float my boat.

The question remains however: why did nobody tell me about Camembert?﻿ 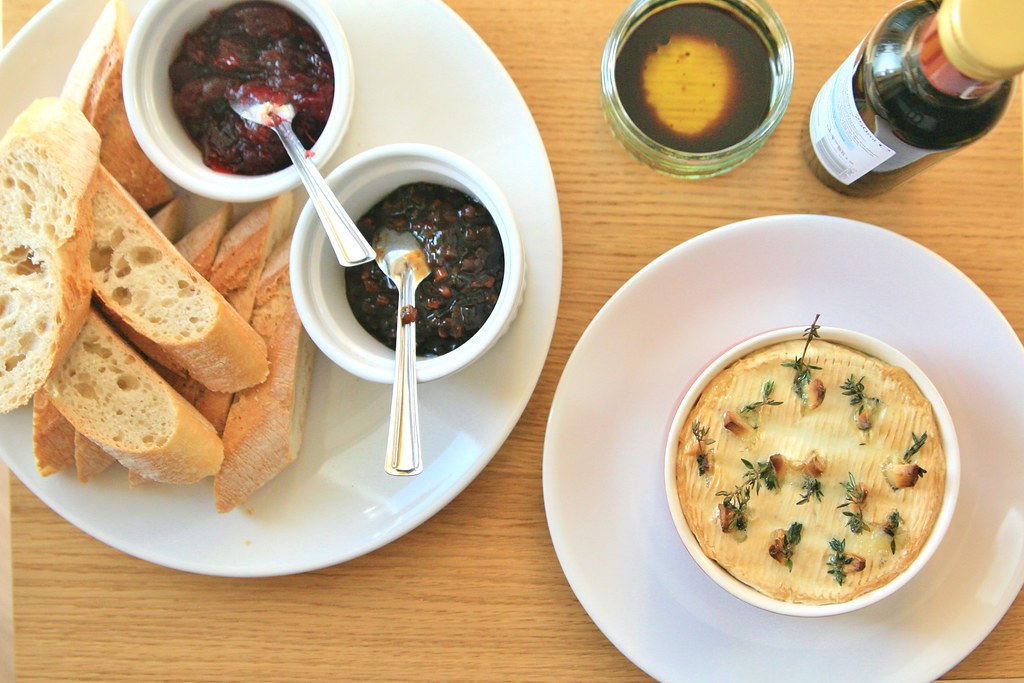 I first had Camembert about six months ago when the man and I ventured down to Beachy Head for a lovely, invigorating walk along the cliff edge. (Blog post here)  We ended our walk at a lovely pub which was so quintessentially English that its tables flowed onto the village green, ivy grew up the walls, small children and dogs charged about in an ecstasy of summer and we sat outside in the sunshine, enjoyed cold drinks and a view of Sherlock Holmes' retirement cottage.  It had a blue plaque.
And we had Camembert.  Which was his idea: he said we should order it to start with and we could share it.  He thought I'd like it; I thought he as trying to insinuate an additional cheese into my sheltered existence.  Which he was, but he tends to be on the money with these things.  Remember the Applewood Smoked Cheddar.
He was right.  I did like it.  It was mild and hot and melty, and it oozed with rosmary and garlic.  The stuff was wonderful smushed onto crispy toasted ciabatta, drizzled with delicious and a heap of tart, sweet cranberry.  In short, Camembert is lush, and no one ever told me.  What's up with that, world?
A Camembert baking pot (do they have a name?) immediately made it onto my wishlist, and I relayed my Camembert Conversion with relish (BOOM! pun) to all who would listen.  And because I have lovely friends who listen and take note, friend Robert produced a Camembert baking pot for Christmas.  He was rightly pleased with his gift-remembering skills, and explained to me before I opened it that it was something I'd told him I wanted.  As this was a few months after my Camembert Conversion, I hadn't a clue what it might be, claiming that I couldn't remember asking for anything.  But it was an awesome present!  And since then, the man and I have had a few Camembert occasions at home, sometimes when it's the weekend or school holidays, and you need a filling lunch of melted cheese goodness. 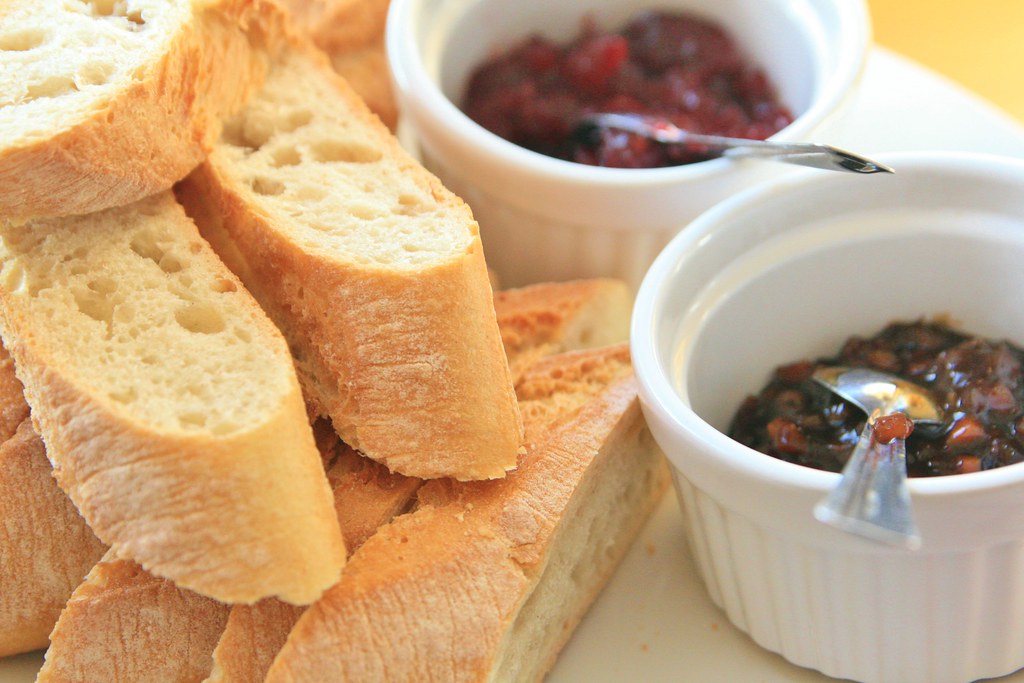 This isn't a recipe as such, but here's how I like to make a lunch of Camembert. You will need some sprigs of fresh rosemary, 3 cloves of garlic, olive oil, balsamic vinegar, cranberry sauce, a loaf of crusty bread and, of course, a Camembert.
First of all, you need to fully unwrap your Camembert and squash it into the dish.  The fit is quite tight of necessity, as the pot will hold the cheese in shape as it bakes and melts and abandons any ideas it once had of structural integrity.
Preheat your oven to 180 degrees, and while it's warming up, you can season the Camembert.  Use a knife to make a few incisions in the top of your cheese.  You can make as many of these little holes as you like: the more favour you wish to inject, the more holes you should make.
Roughly chop the garlic cloves into chunks.  Into each little incision in the cheese you can wedge a piece of garlic and a little sprig of rosemary.  (As the garlic bakes, it sweetens and softens and it's lovely to eat, but you don't have to.  I love garlic though so I tend to slide in as much as I can).
Drizzle the top of the cheese with a small amount of olive oil, and pop it into the oven uncovered, to bake for around 20 minutes. Go an faff around with wine or similar for a bit.
When there are five minutes left to go on your Camembert, slice up your bread.  You can toast it lightly if you like (recommended) to give it a bit of crunch.  Baguette and ciabatta are both particularly effective.
Prepare your condiments: mix a good splash of balsamic into some olive oil in one dish, and put a sizeable dollop of cranberry sauce in another.  Arm each hungry diner with a knife to spread the cheese, and a couple of teaspoons for the condiments.  An optional extra is a bit of Branston pickle; I think it makes a nice alternative to the cranberries and I like to have options.
Finally, remove the cheese from the oven as it should now have a gooey centre, and serve.  Instagram as appropriate. ﻿ 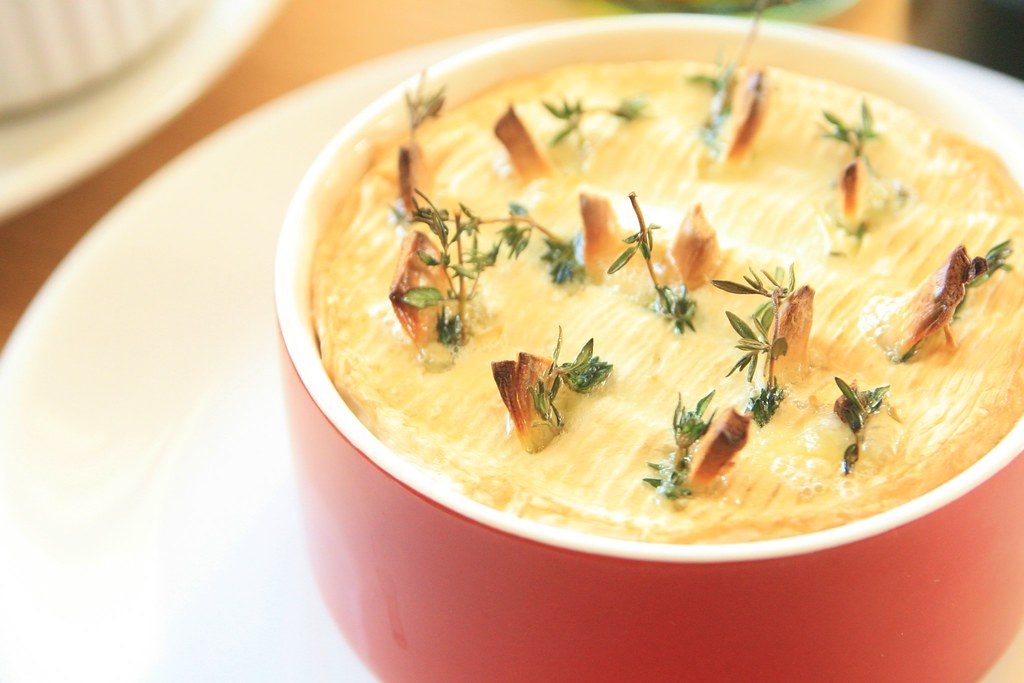