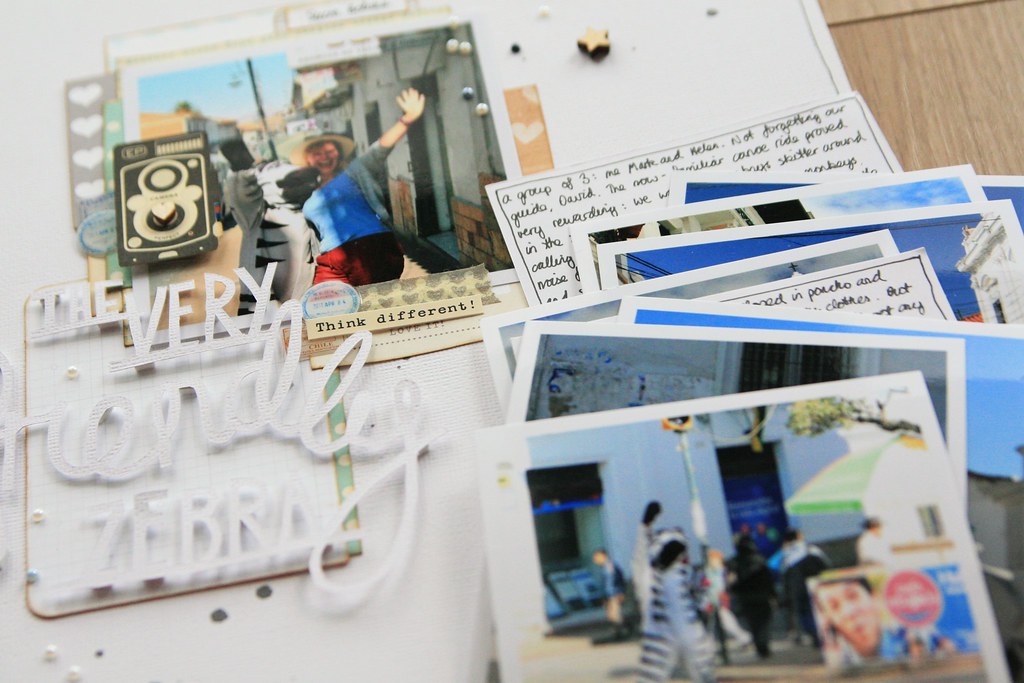 This weekend on Shimelle.com it's time for some inspiration!  Each of the contributing designers for Shimelle.com will be sharing a page which both showcases their individual style and takes inspiration from something created by Shimelle or the scrapbooking community.  It's a great weekend to stop by and see the range of different projects the team have come up with! 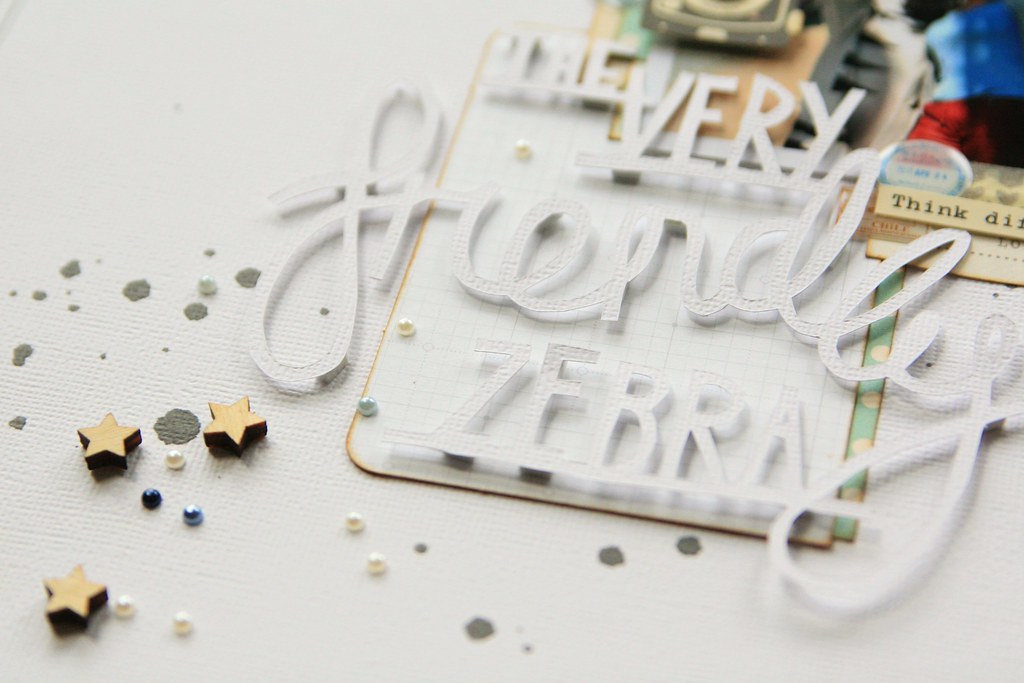 It's such a pleasure and a privilege to be part of the team, and there's some amazing talent on display.  This is a wonderful chance to see how we all scrapbook differently; everyone has their own way of doing things and it's lovely to embrace that and see what we create.  And that applies to any scrapbooker: we can all make things that are different and beautiful and personal, even if we start from the same point of inspiration. 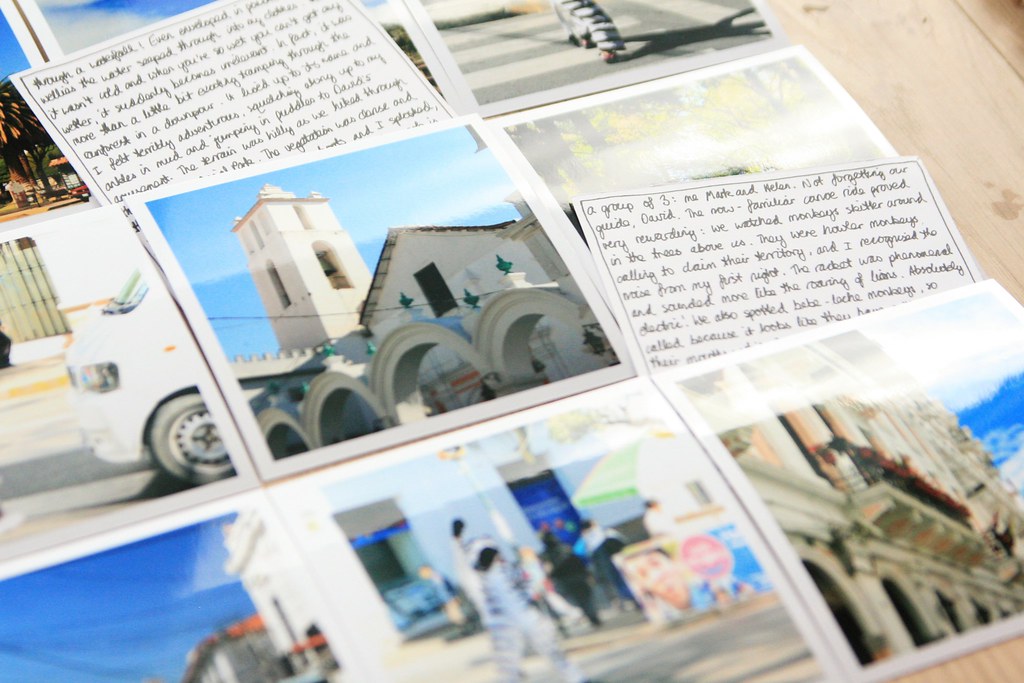 I went back to a sketch that Shimelle designed a few years ago for my page, and you will find the full layout and the way I used the sketch and incorporated my own signature style on Shimelle.com. Keep checking back as there are lots of lovely things heading your way!

P.S. My page tells the story of the Very Friendly Zebra, which you can read about here!
Posted by Miss Smith at 06:00 7 comments:

Sucre and the Friendly Zebras 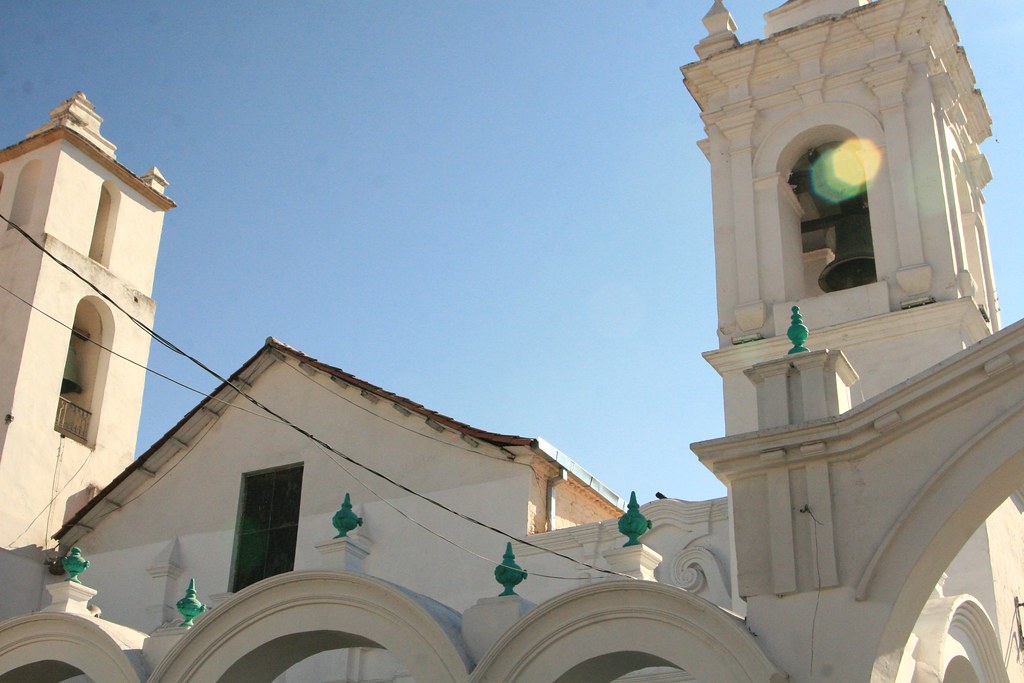 Sucre is a town in Bolivia that was once its financial capital.  Despite its South American location, the Spanish influence is clear in its architecture an we spent a lovely morning touring the streets and getting to know this town a little better. Today, the power has moved from Sucre (which means sugar) to the capital city of La Paz which is a vast and sprawling metropolis.  But for me, Sucre has all the charm. 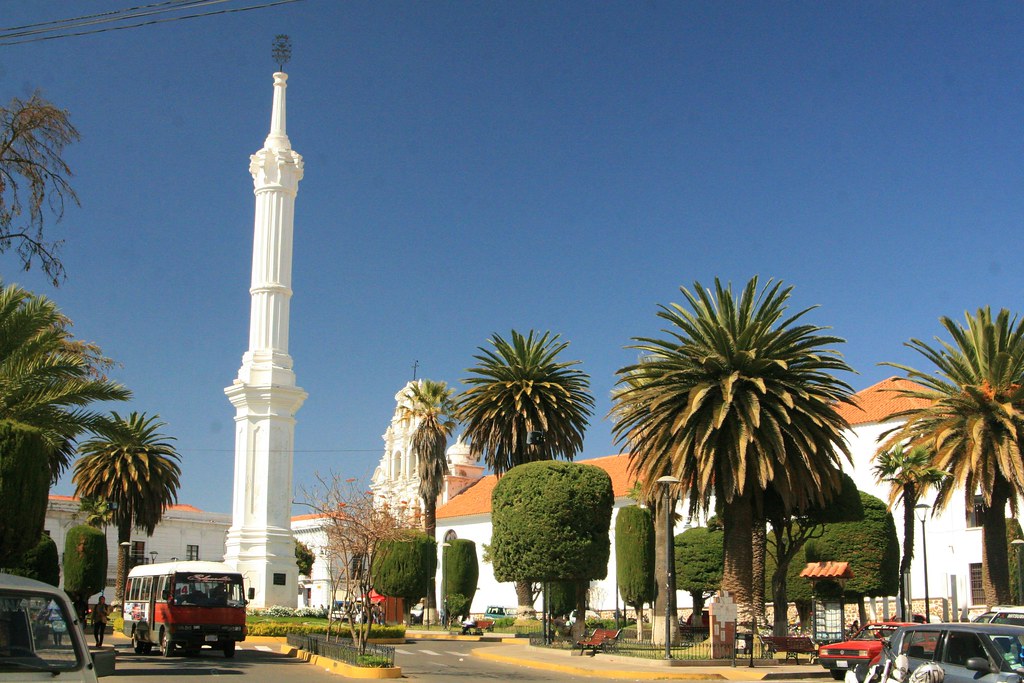 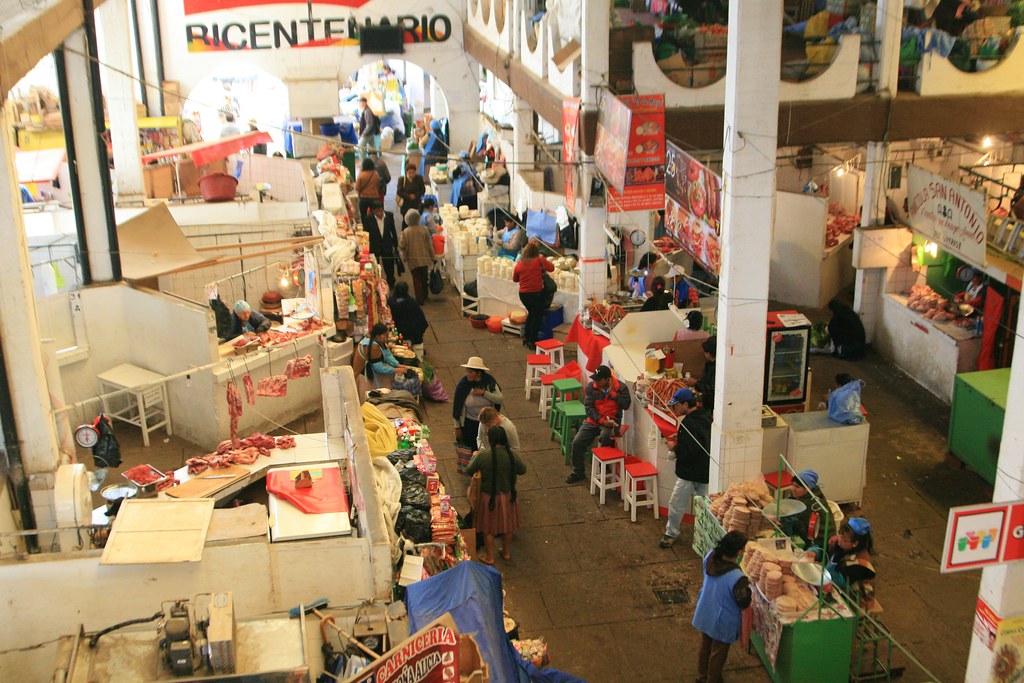 Exploring the market was fascinating; it was really bustling and spread across several floors.  Vendors are grouped together according to their wares, so we found all the butchers together, all the bread sellers together, all the stalls with grains and nuts together... It seemed endless and everyone was competing for the next sale or the best deal. 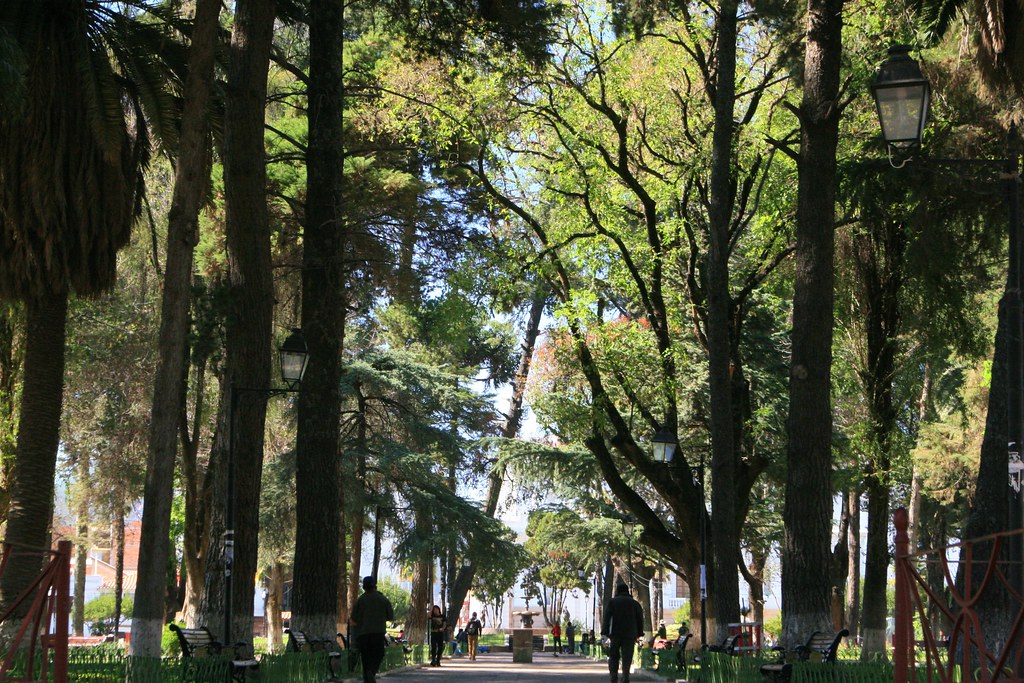 We explored the park which our guide told us was a popular date spot, with lots of couples meeting at one of the many benches.  The little avenues were lined with trees, unusual for some of the regions of Bolivia at higher altitude, and it did indeed have a very European feel. 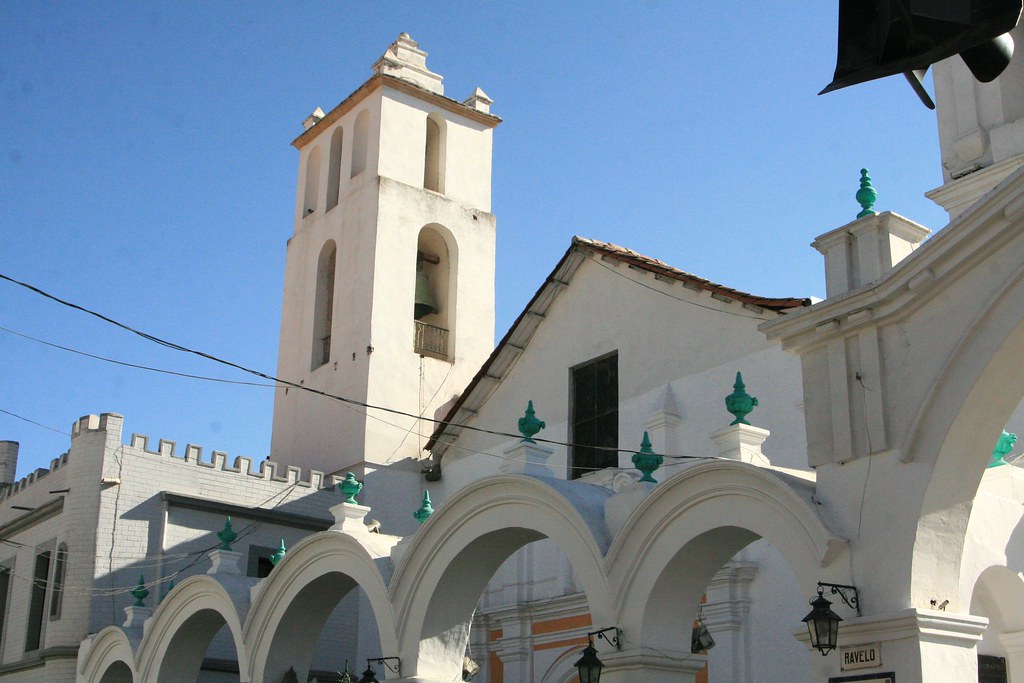 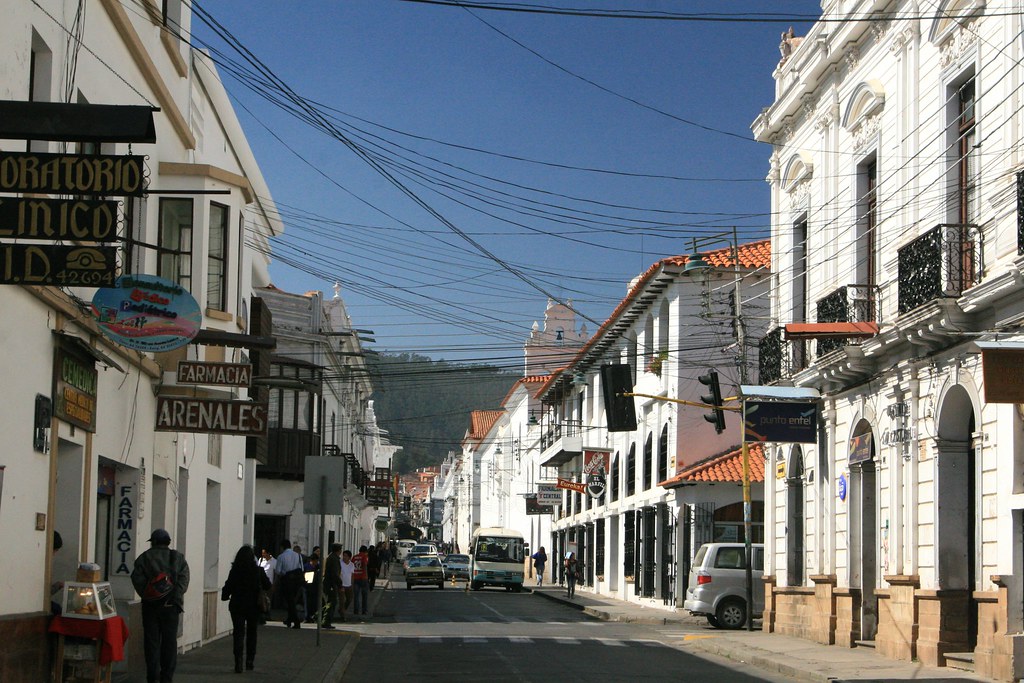 So we had a lovely morning exploring this lovely little town.  However, one interesting feature we spotted wherever we went were the livelier than average zebra crossings... 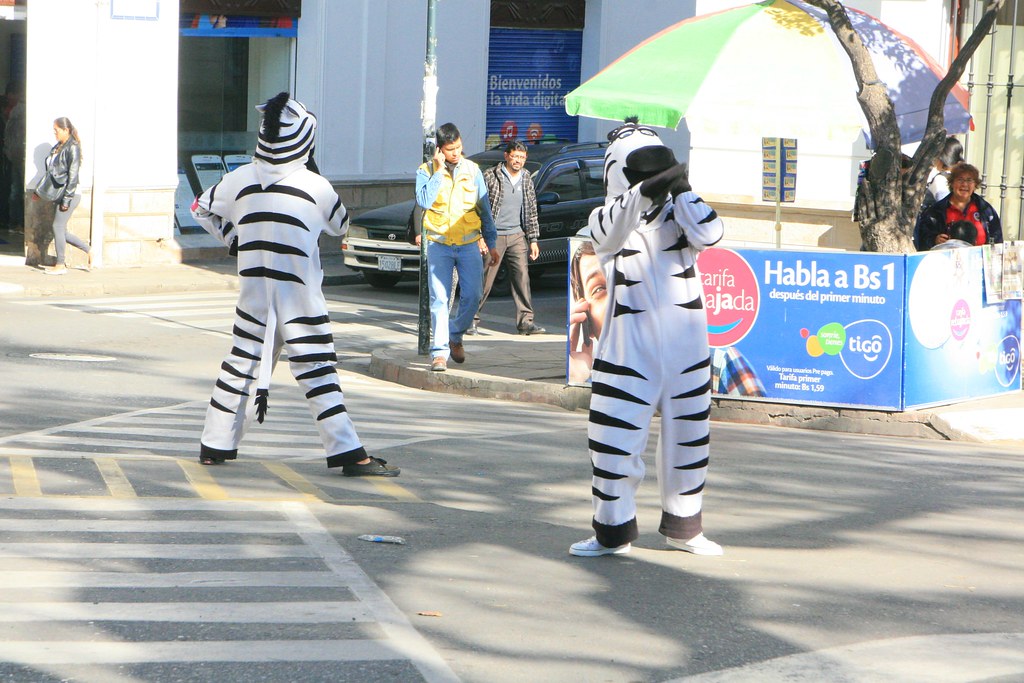 Bolivia has something of a problem with road safety. Drivers are reckless, there's no two ways about it, and they tend to treat the rules of the road as casual suggestions.  One such studiously-ignored "casual suggestion" is the zebra crossing system.  These systems are controlled by lights, and when the lights are red, the cars stop, and the people go.  Except the cars don't stop, and as a pedestrian you take your life in your hands.

The Bolivian government came up with a uniquely lovely solution to this issue. Teens in Bolivia go to school for half of each day: some in the morning, the rest in the afternoon. They can use the other half way to earn some money and help support their families, but there aren't a lot of jobs going and life is difficult for many communities.  So the government employs the students to stand by the Zebra crossing, dressed as zebras, and manage the traffic.  When the lights are green for cars (and thus red for walkers), they cheerfully remind pedestrians to stay on the path.  When the lights change, they gambol out into the street, chastising any naughty vehicles trying to keep going and helping small children cross the road and appreciate the rules of the road.

What's lovely is that they do it with such enthusiasm and pizazz. They are always dancing and they frolic across the roads in gleeful style.  They seem to make everyone smile, and more than once, we children waving and laughing and talking to the zebras, who are a regular feature in two or three Bolivian cities now.  And the traffic has to listen.  You can't run down a loveable, cuddly zebra. And anyway, they are fearless, and not to be messed with. 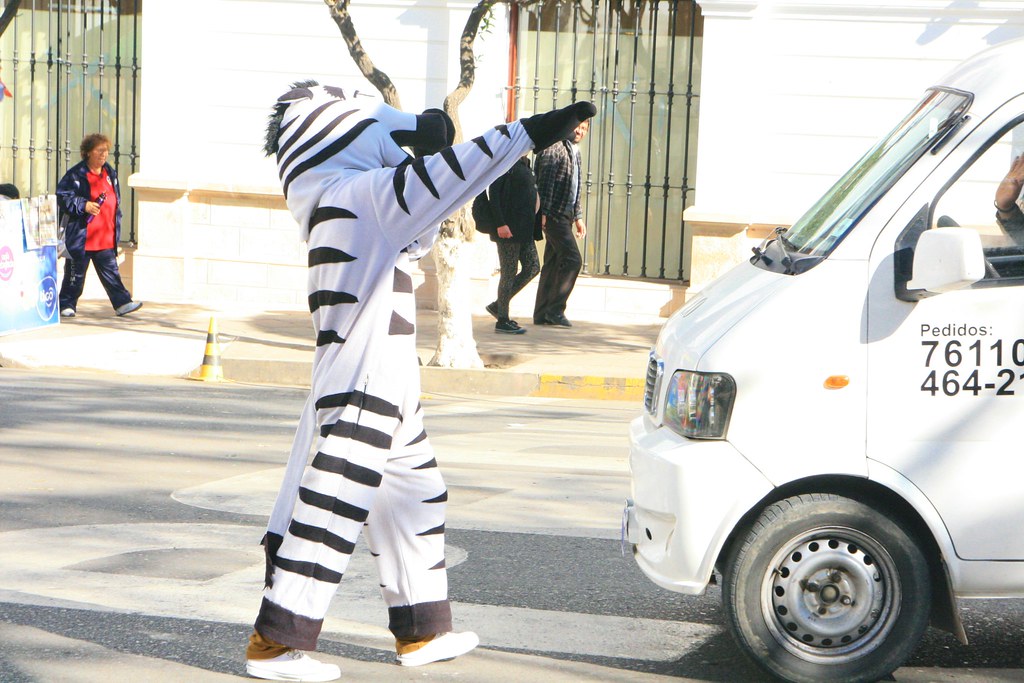 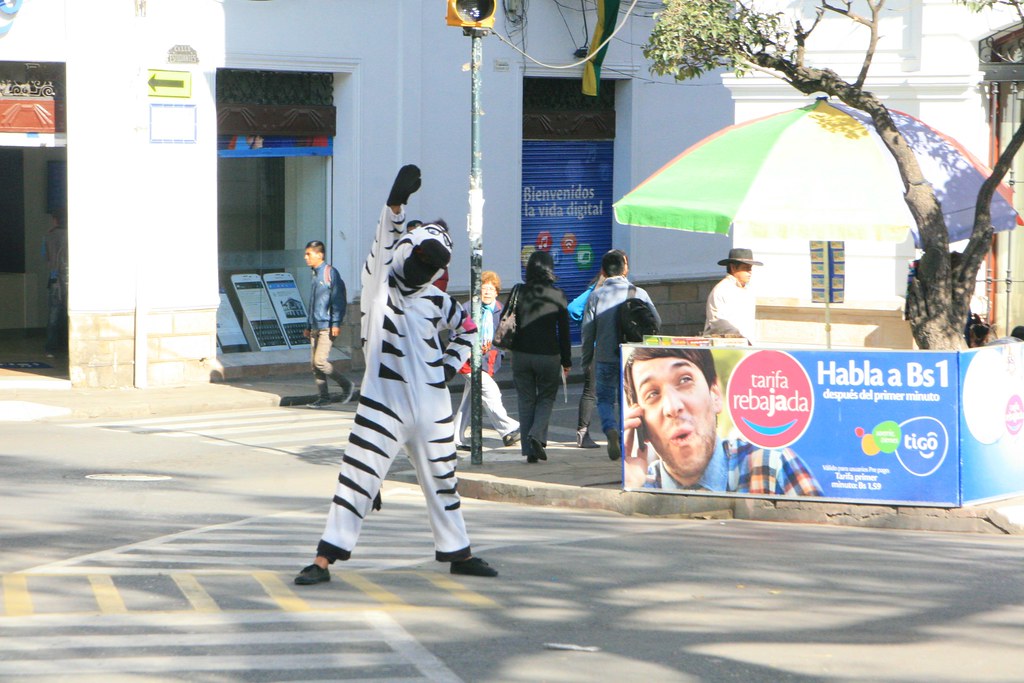 Nailed it! We spent a happy afternoon in a coffee shop overlooking the town square watching the world go by, and chortling as they danced, managed the traffic, hugged small children, helped old ladies, and generally made the world a better place.


In fact, one of my favourite moments was seeing a little lad run beaming up the path shouting "Hola, cebra!" and leaping in for a cuddle. 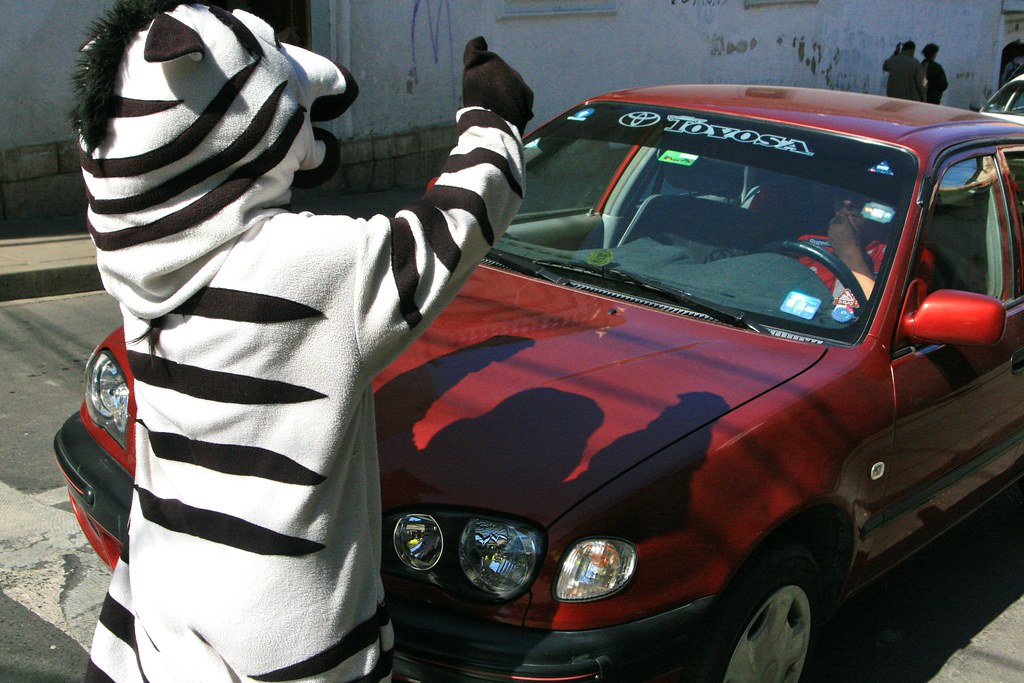 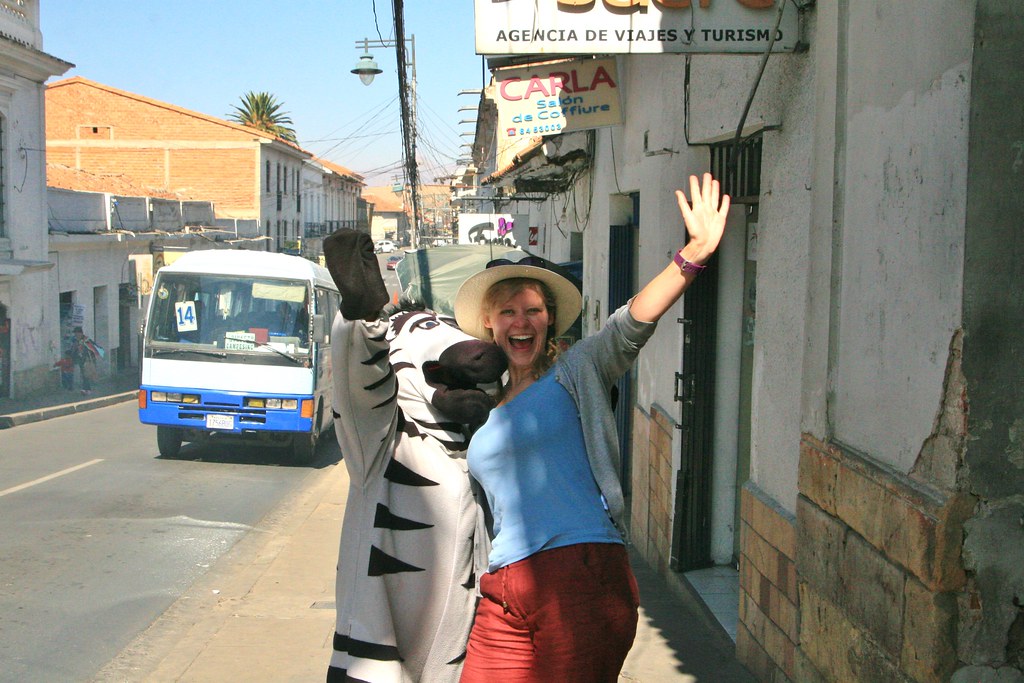 
P.S. One of my not-favourite memories was contracting food poisoning from a slice of cheesecake on that very afternoon, doing a large amount of vomiting and then having to catch a 12-hour overnight coach back to La Paz, get on a plane to Marid and another to London.  Safe to say, I just didn't eat anything for a while.﻿
Posted by Miss Smith at 07:00 1 comment: 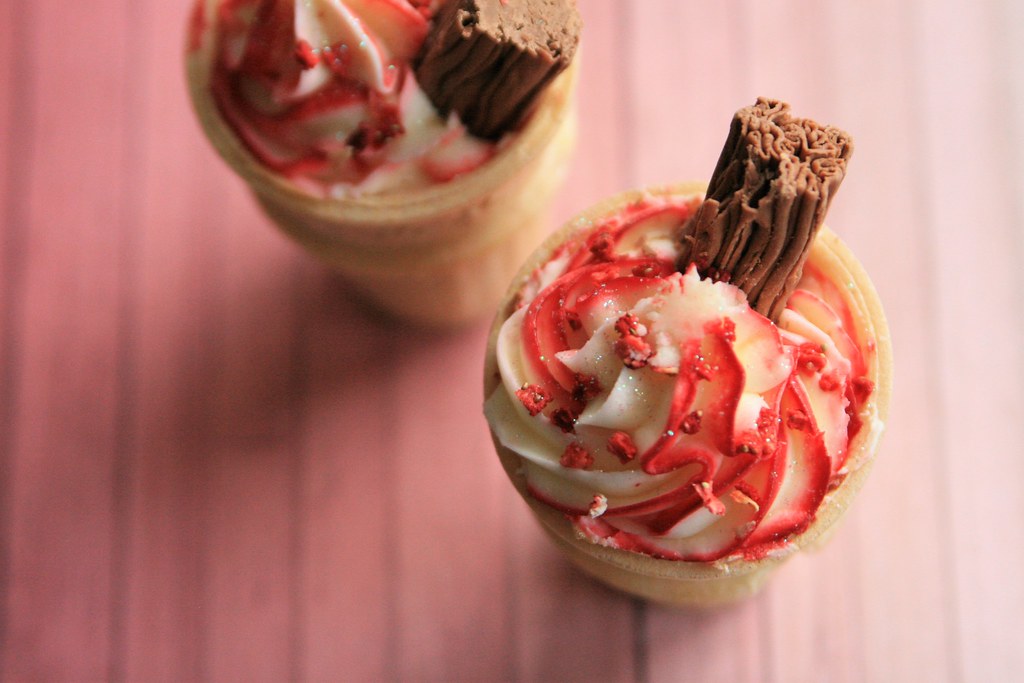 Heading towards the end of the school term, it's always a little bit harder to get my students to focus on Maths when their minds are already in the summer holiday.  Fortunately, I have some really fantastic classes, and one 6th form group in particular have been bribing themselves with cake. They take it in turns to bake (and yes, I take my turn too!) and then once we've learned the concept for the day, they can have cake while they do some practice. 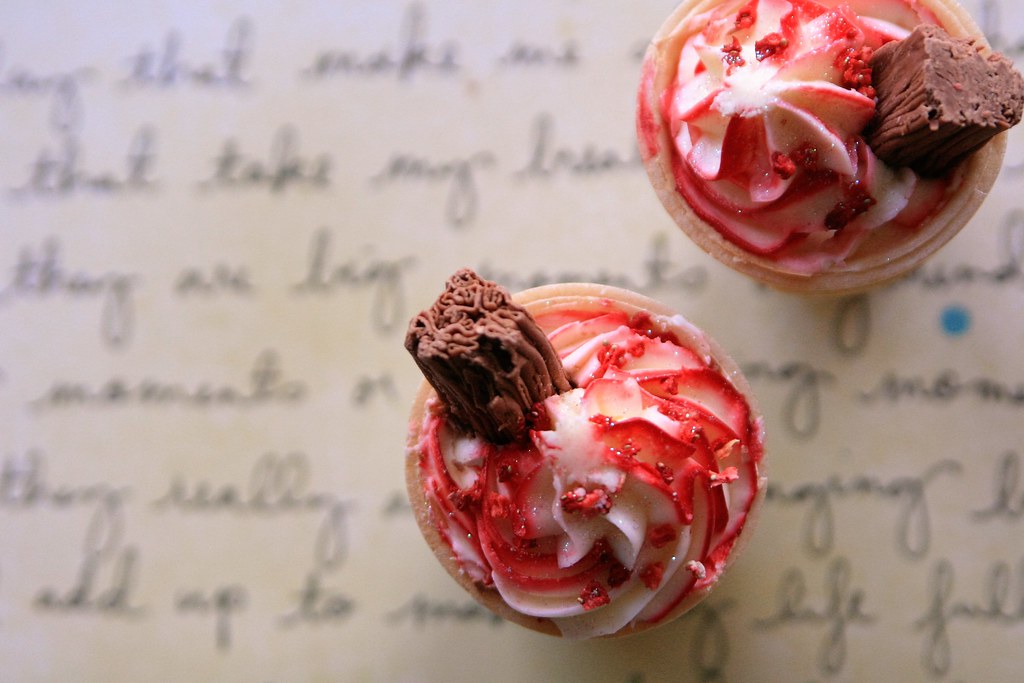 In the final week of term, one student claimed she needed a challenge, and wanted to make something new.  She promised to bring in the results for our Friday lesson, and I in turn promised to teach them how to find the discriminant of a 3 x 3 matrix from the matrix of cofactors, and how the property of alien cofactors works. 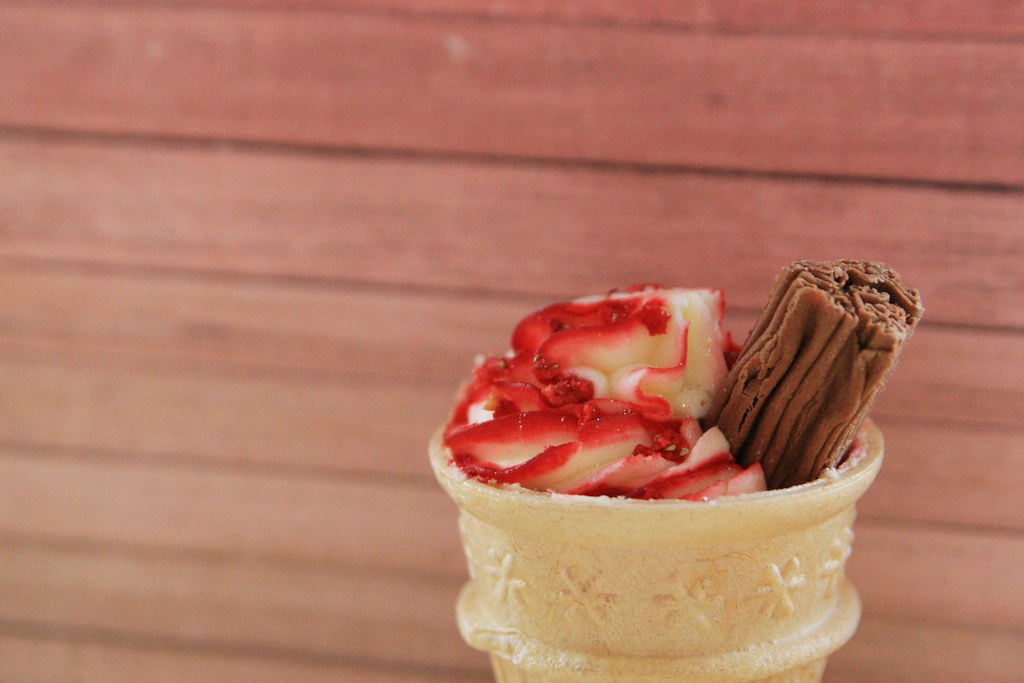 Thursday night rolled around, and the message below rolled into my inbox:

" Dear Miss Smith, These are the goodies that I have baked for tomorrow. I am emailing you and the others a pic tonight because there is a 50/50 chance that they will not make it into school alive as they are very unstable and I wanted you to see that the inevitable squashed cupcake that I will turn up with tomorrow was once ice cream shaped :) See you tomorrow!"

She had sent all the class members a picture of a whole hoard of little ice creams lined up on the kitchen counter.  Although they weren't really ice creams at all! 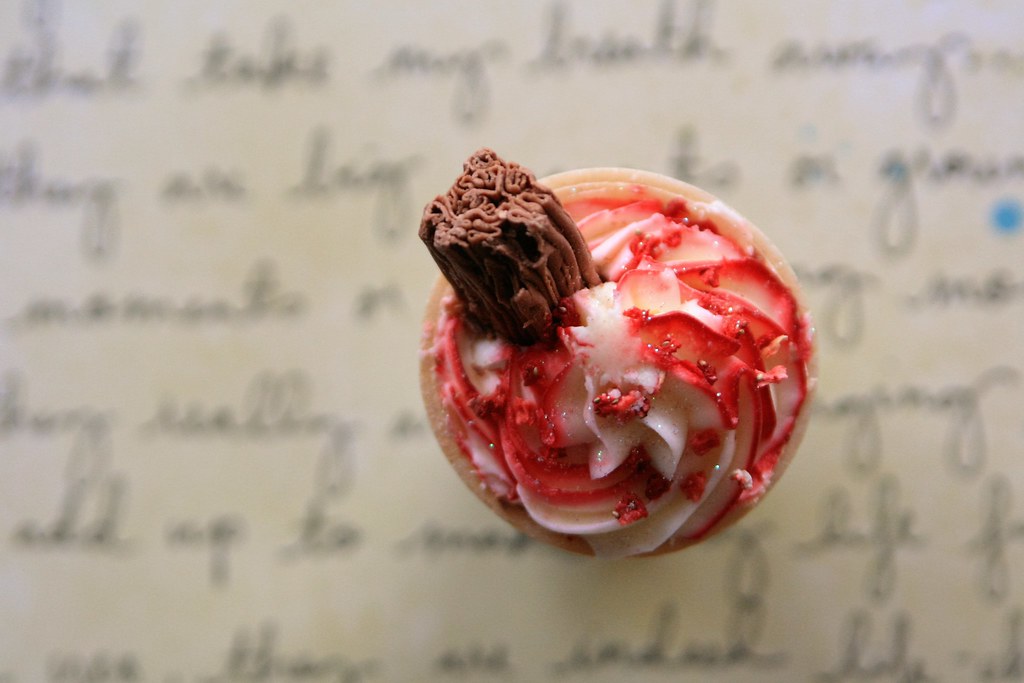 Each ice cream cone contained a dense, moist sponge made with real strawberries, and was topped and swirled with butter cream. And a flake.  I was in awe!  But my student was very casual, explaining that it's easy to get the icing like that if you put food colouring in your piping bag.  I don't believe for a second that it's easy! 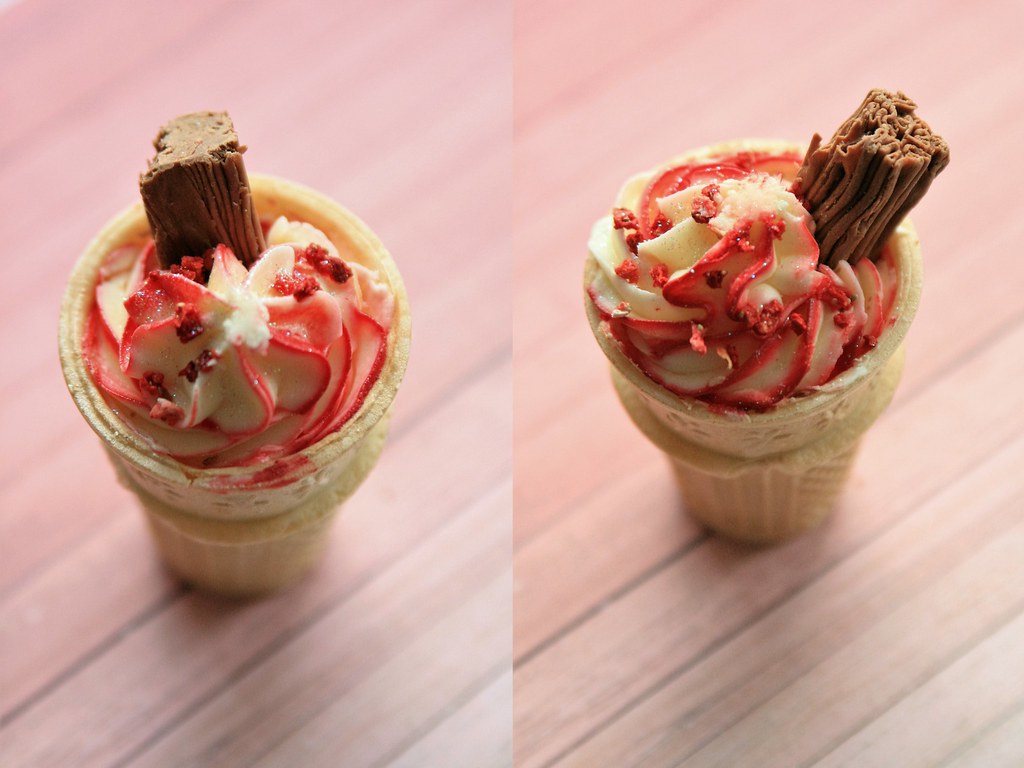 The students took to the matrices very well, and we all took to the cupcakes exceptionally well.  They were so sweet, but had a little tang from the strawberries, and a lovely glittery crumble from the flake.  My only complaint was that I didn't have my camera so I could blog and Instagram these little gems. So you know what?  They gave me a couple of extras to take home and photograph.

I have the best students!

P.S. Apparently you can bake the sponge straight in the cones.  I am definitely going to be trying this at home! 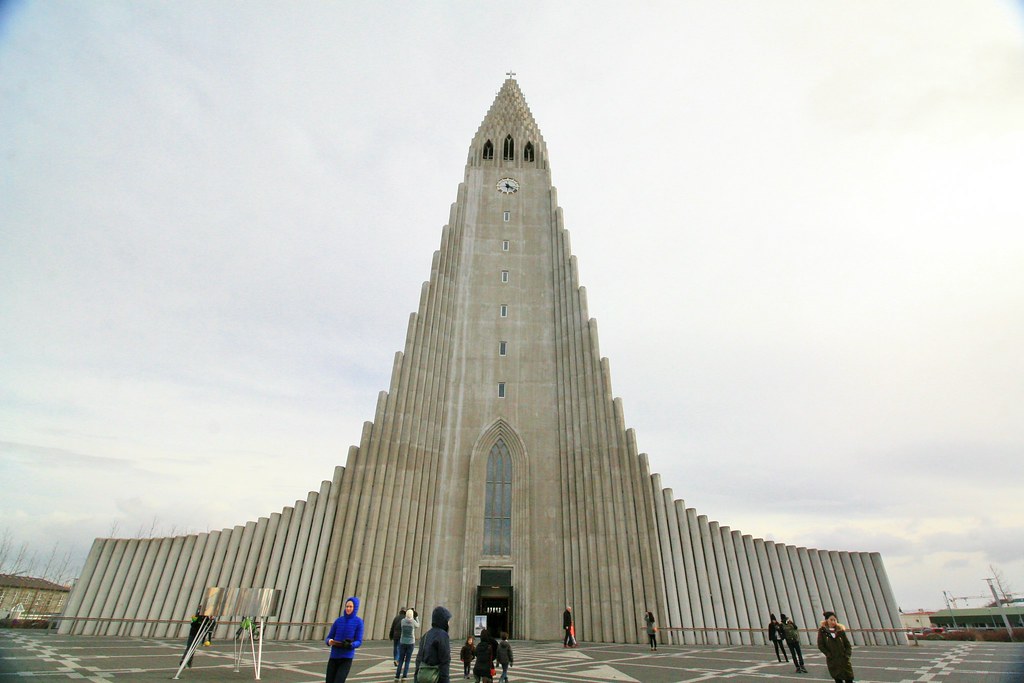 This is Hallgrímskirkja, a beautiful and striking Cathedral in Reykjavik.  On my recent trip to Iceland with Girlguiding, we had the opportunity to visit this wonderful, iconic building, crowning the hill and visible from lots of points around the city.
﻿ 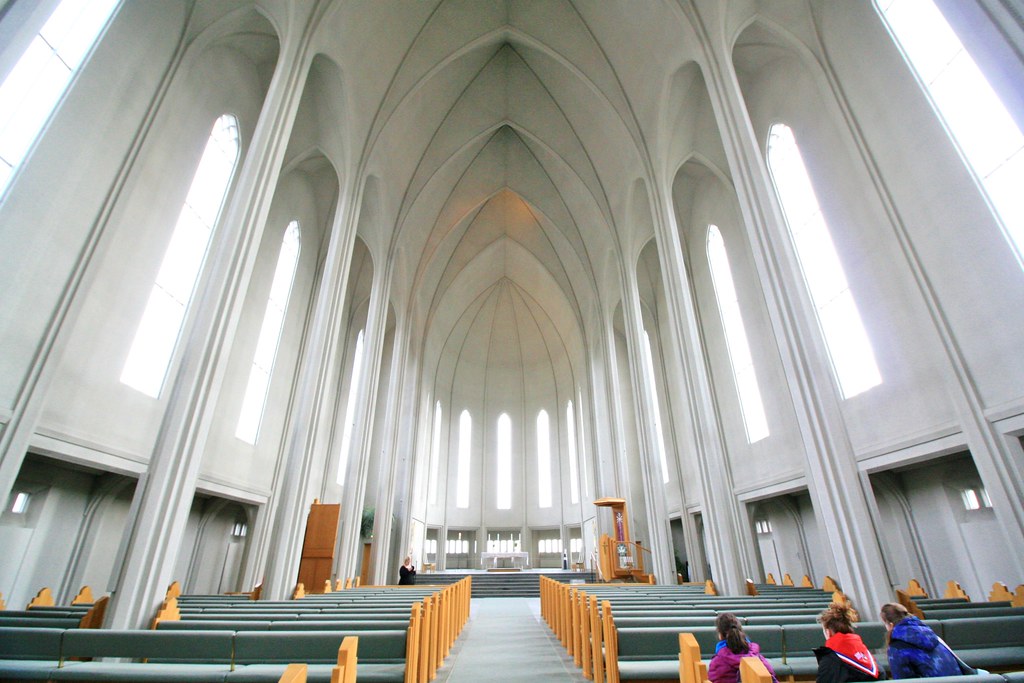 The interior was absolutely flooded with light: so calm and peaceful and it was a pleasure to sit inside, marvelling at the sweeping arches and the fresh, clean, streams of daylight.
﻿ 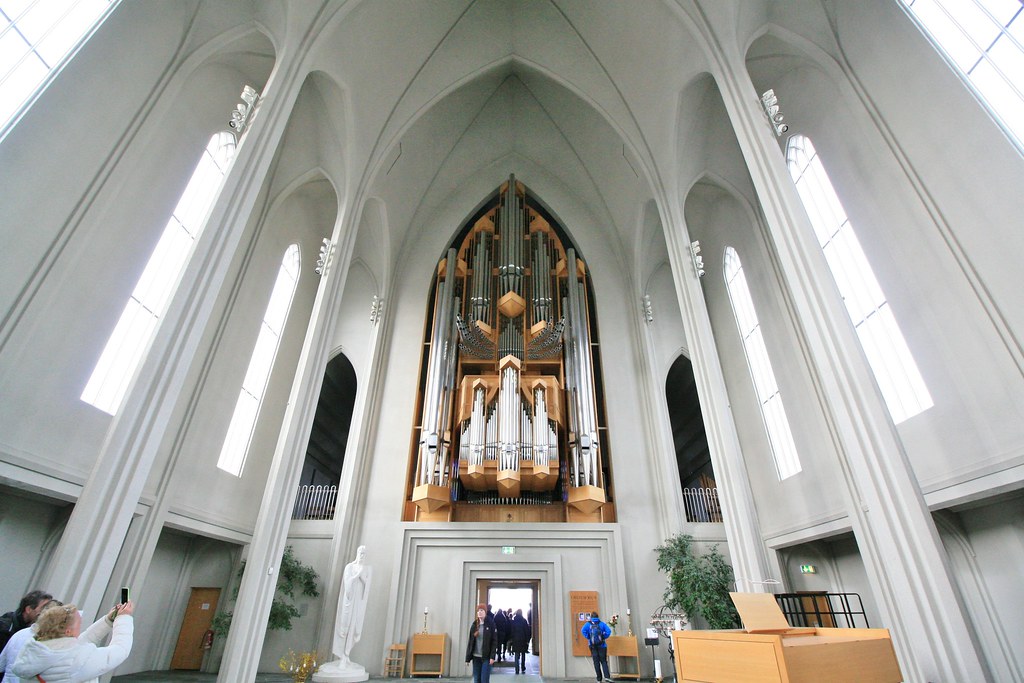 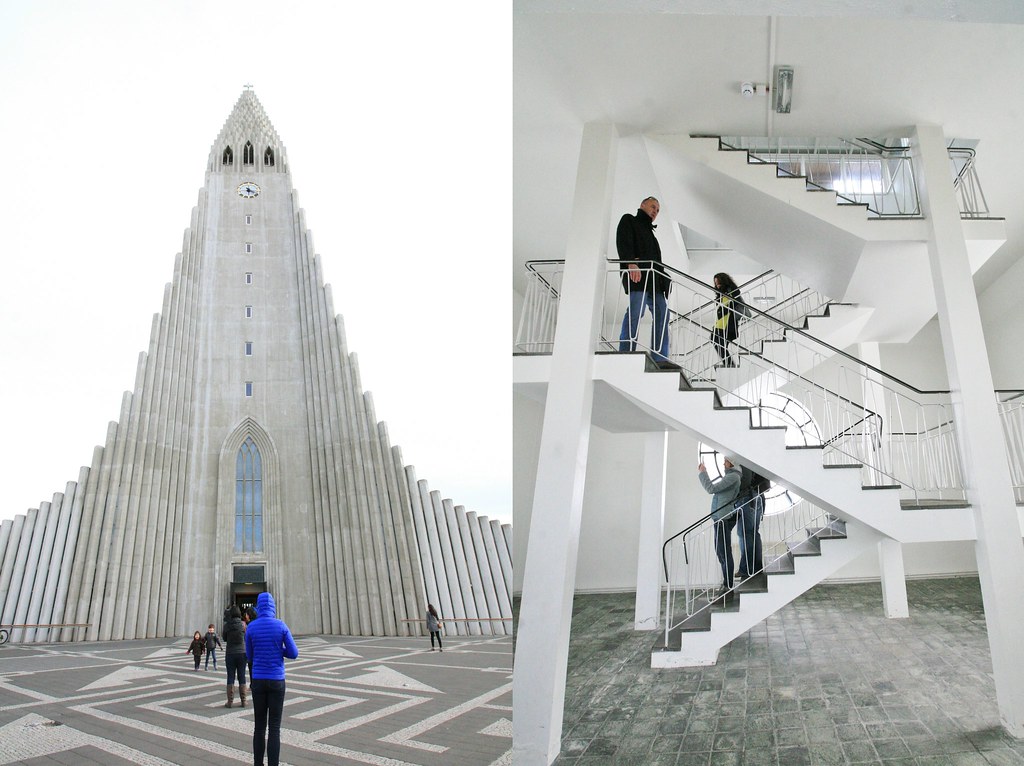 It's possible to climb the tower for a small fee, and so we rode the lift up as far as the clock face and climbed the last few steps to reveal astonishing views. Reykjavik was spread out at our feet and we could see all the little chocolate-box houses in lovely colours, the sea in the distance, and the snowy mountains framing the horizon.
﻿
﻿ 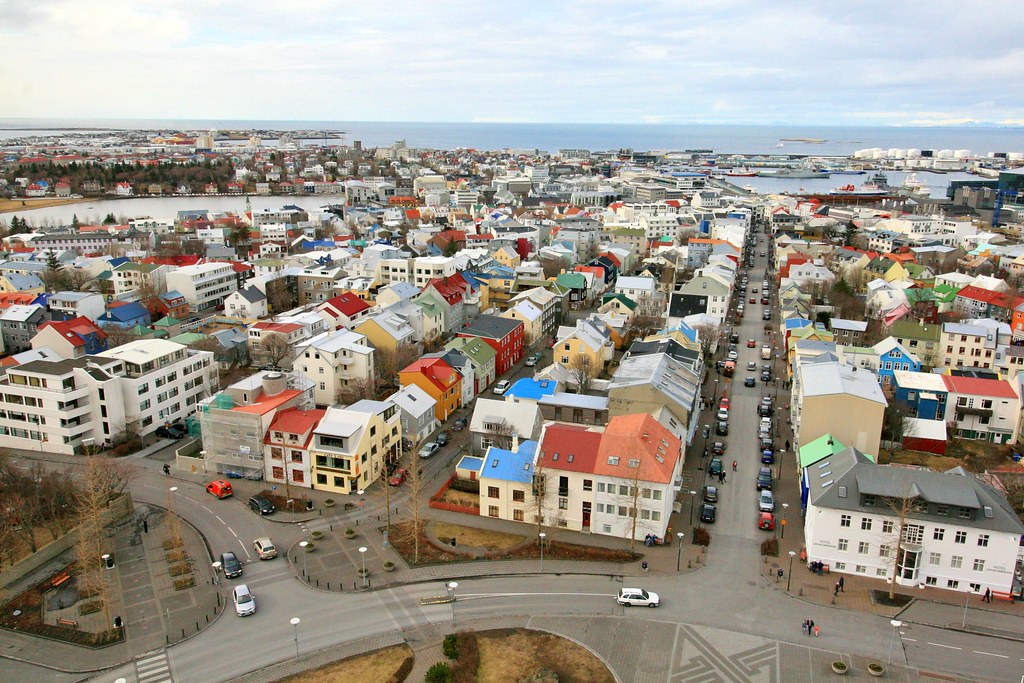 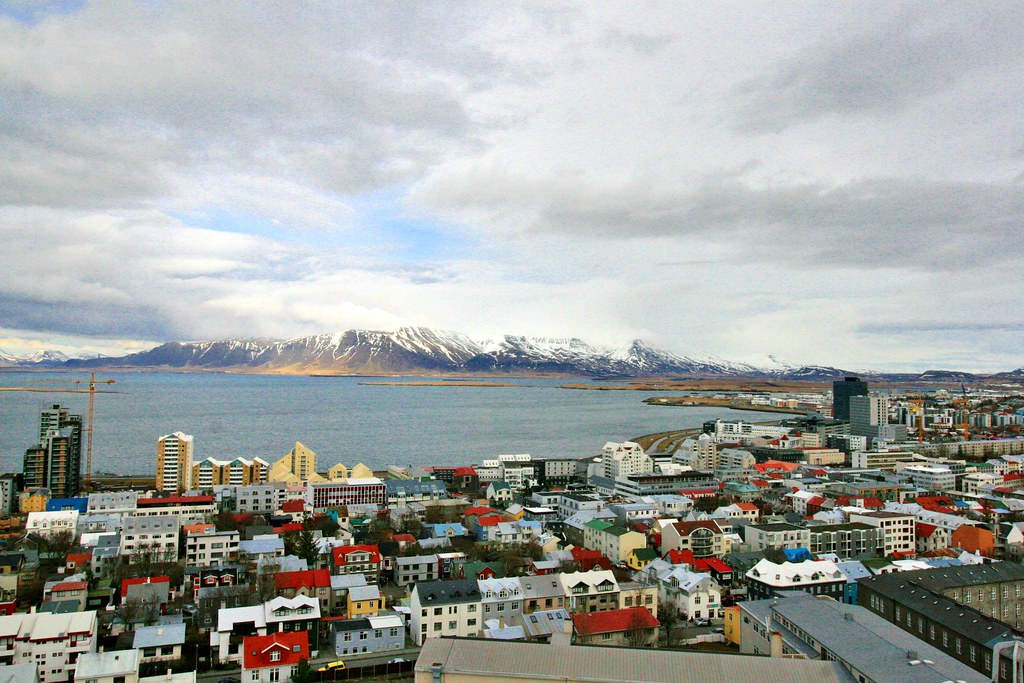