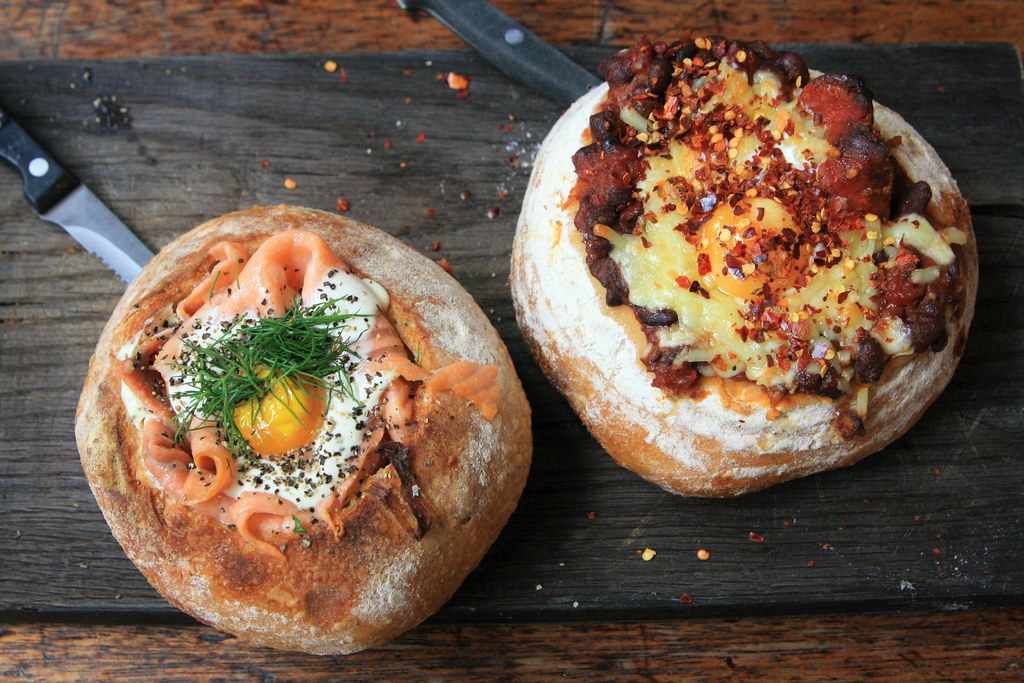 Each month, I take series of photos on my phone using the photo-strip app called Pocketbooth; you can read about the full project here.  This is the story behind September...

First a confession: September was actually taken in October. Mostly because the man travelled a lot for work in September, making it home for only about four days in the whole month. 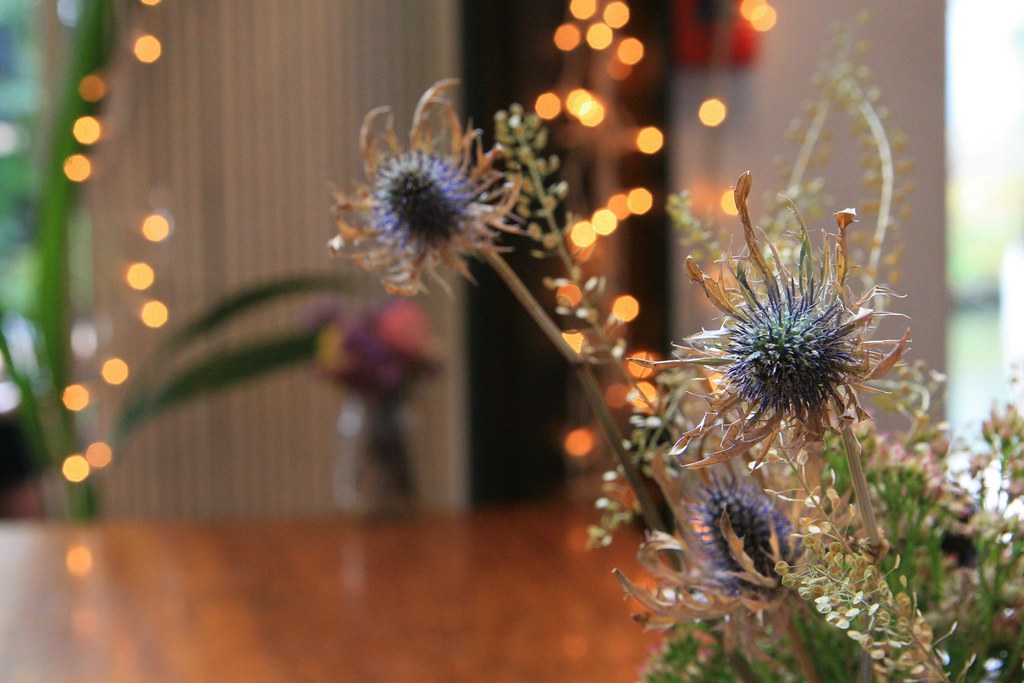 I was so looking forward to having him home for a little while and I booked us in for Saturday brunch at Barge House. Largely because I had read about their Breakfast in Bread: enormous sourdough bread rolls, stuffed with breakfast fillings and freshly baked. Heavenly. Barge House also had a lovely canal-side setting and a carefully designed, rustic aesthetic which didn't hurt either. I can't resist a twinkly light (or a thousand), an open cafe front and a spot by the water. And with stripped down furniture, cookie jars crowding the counter and wild flowers tumbling over the table, let's face it: it was a bit of a hipster ideal. 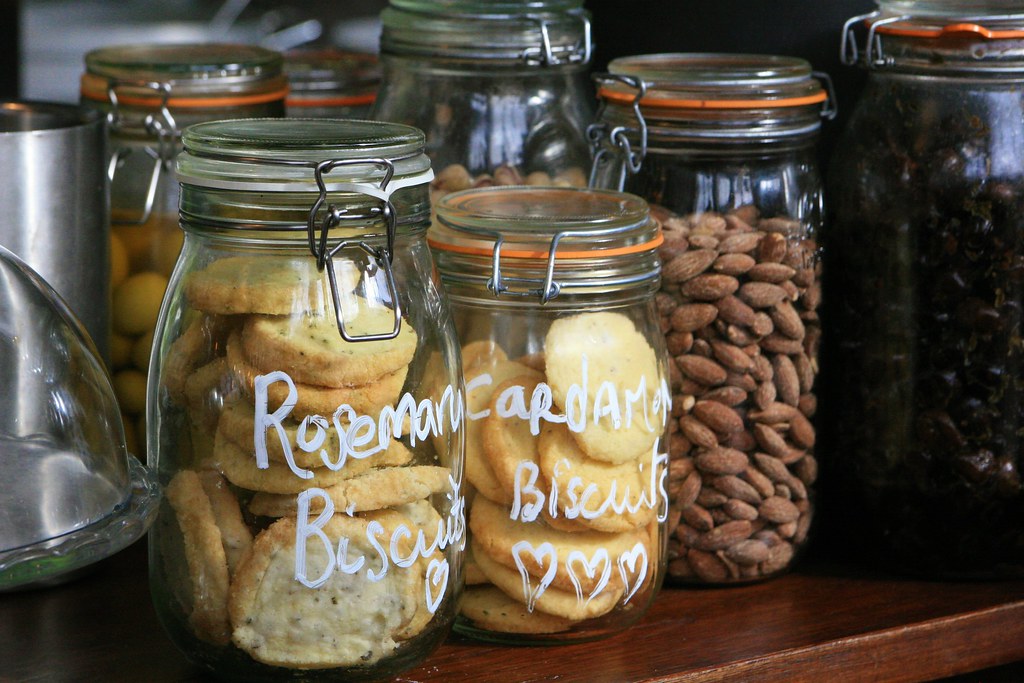 We dodged through the rain down to the canal, seated ourselves and sipped gingerbread hot chocolate (me) and a coffee (him) and ended up discussing politics, Brexit and the US election. It is, as has been noted, good to talk, and we set the world to rights as the Barge House bustled around us. 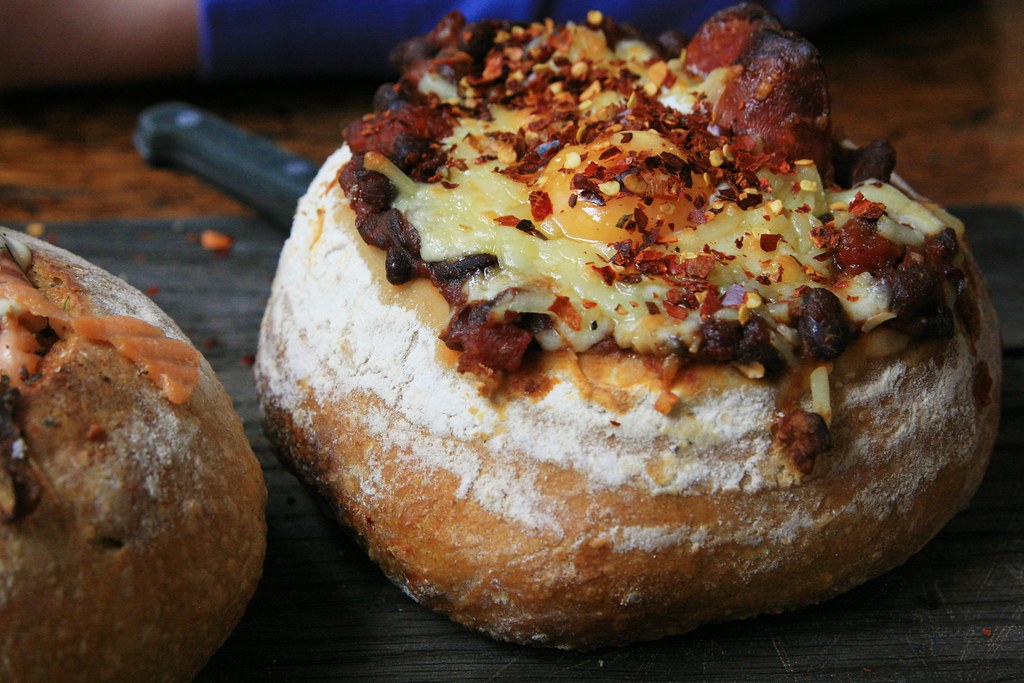 Brunch was immense; my bread was oozing with spinach, chilli mushrooms and beans, spicy chorizo emerging from the crater and topped with cheese and an egg baked to such perfection the yolk cascaded down the side as I breached the sides. 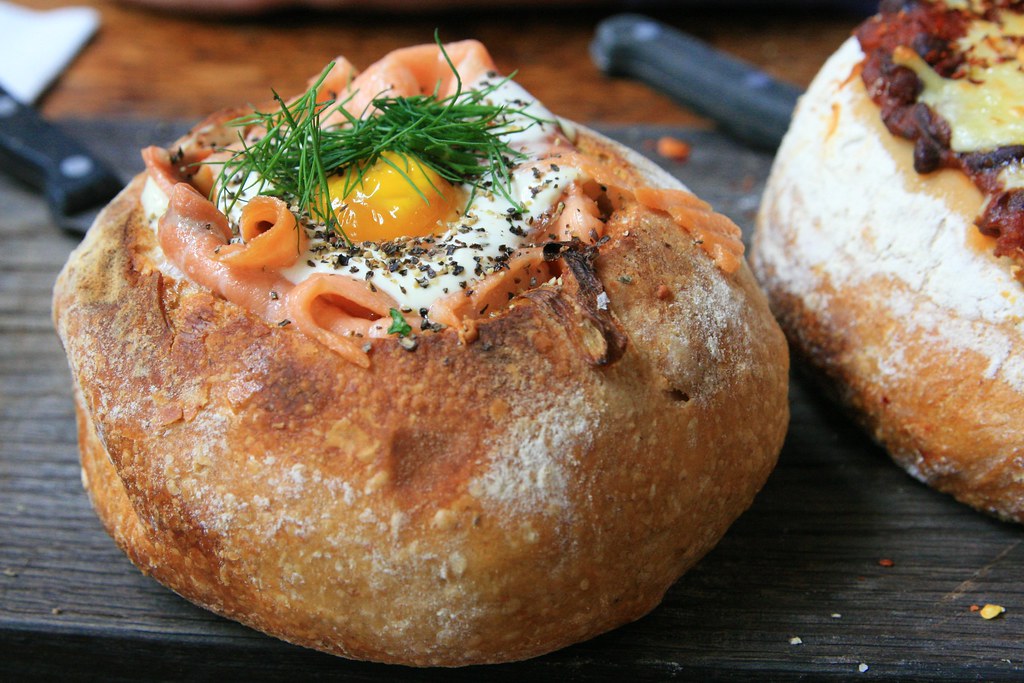 His was filled with smoked salmon, tomatoes, spinach, leeks, creme fraiche and finished with a touch of dill and the same on-point egg.

It pains me slightly to say that neither of us managed to finish. I was enormously full. It was awesome.

We extended the lazy morning into the early afternoon with a second hot chocolate and a latte. 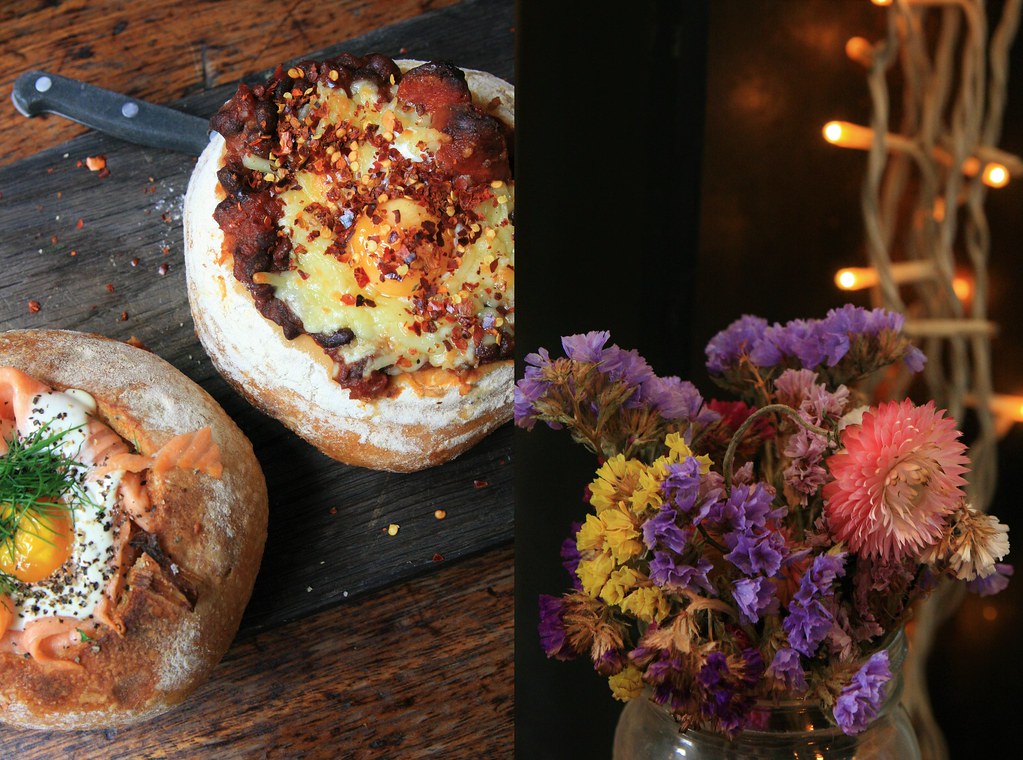 It was a lovely morning; it felt as though the world held us in a little bubble, together after weeks apart, talking inconsequentially, enjoying a wonderful meal and even better company. It was like a twnety-something fantasy: being able to brunch out an a weekend morning without a care in the world, by the water with a partner in crime. It is the brunch Richard Curtis' London-dwelling characters would embark upon, full of quiet happiness and contentment with life.

So on our way out, we snapped our September photo by the canal. A moment worth remembering for the month.

P.S. I may go back and write a note or two about some of my previous photostrips. So look out for time-warp photostrip stories.

P.P.S. It's also worth pointing out that Barge House takes bookings.  SCORE! I'm not a fan of the fad that refuses diners the opportunity to book and never fancy spending half my day hanging about for a table. So go ahead and make a reservation my friends, party because it's your right as an eater of food, partly because it can get quite busy, but mostly because you can!
Posted by Miss Smith at 07:00