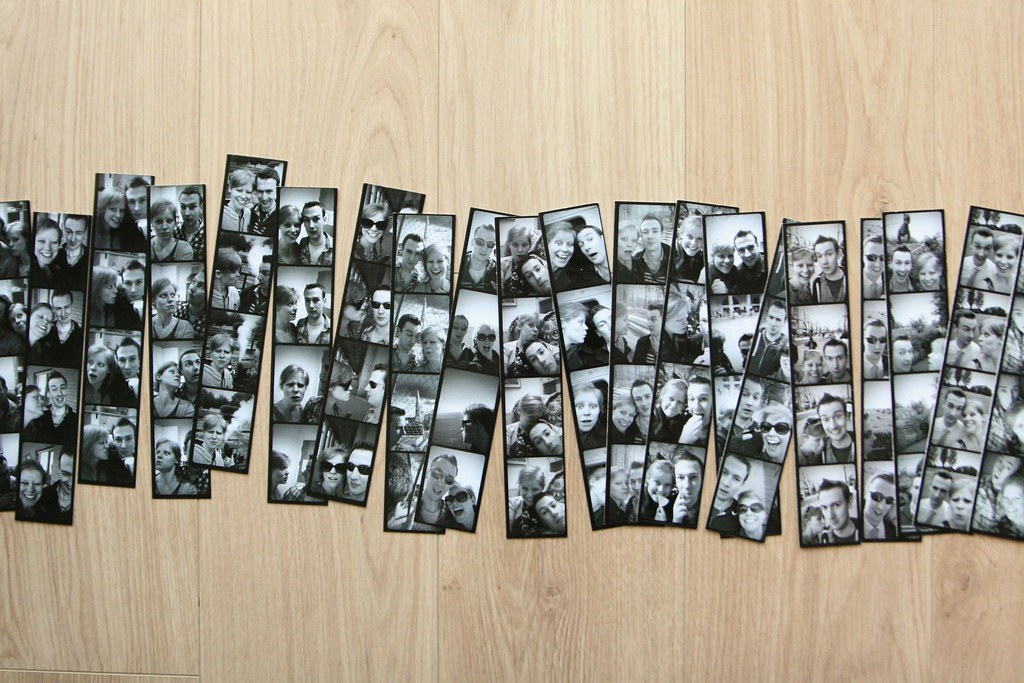 For the past 20 months, I have taken a series of selfies of the man and me.  It started off about two years ago when I downloaded the Pocketbooth app, which I thought would be fun.  I used it once or twice, but it wasn't until January 2015 that I decided to make a little project of it.  I enlisted the man, and decided that once a month, I would use Pocketbooth to snap a black and white photostrip of something we were doing.  And I have kept it up ever since. 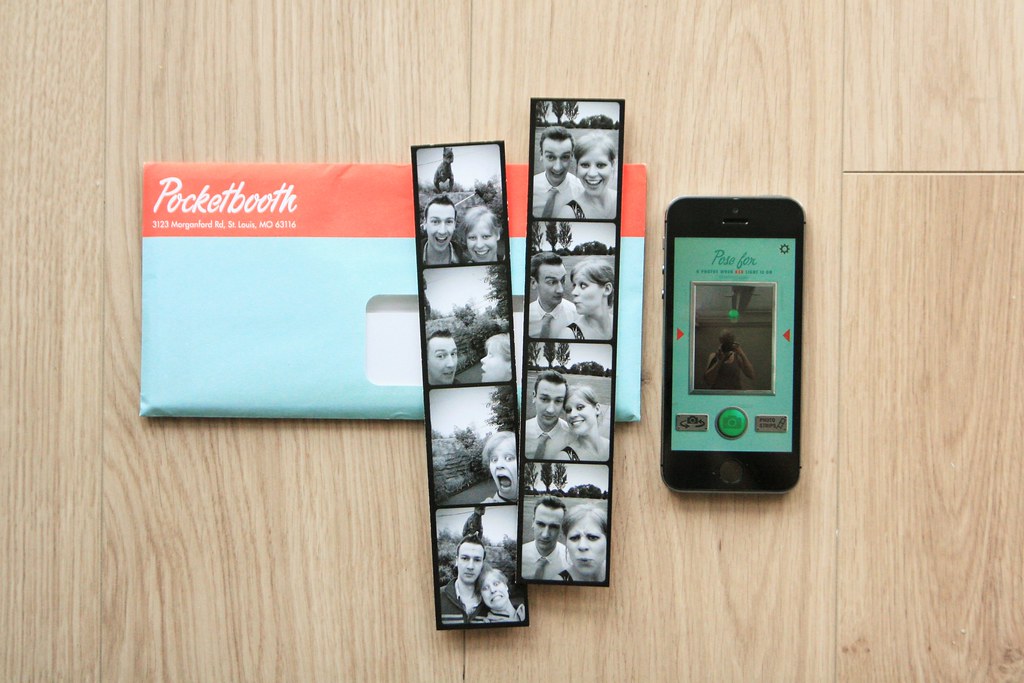 Pocketbooth has a built-in system where, for a few dollars, you can have your photostrip printed and posted to you.  Now, I'll be completely honest: the printing isn't the most fantastic quality in the world, but to what extent that's my phone's camera and to what extent that's the resolution of the image file I don't know. And they arrive, usually around three weeks later having been shipped from the USA, printed on quite thick card, instead of photo paper.

Having just written this, I'm now wondering if I ought to switch to a new photo booth app. However, while they aren't perfect, they do all match, and I'm not exactly aiming to win photography prizes with these.  But I digress... 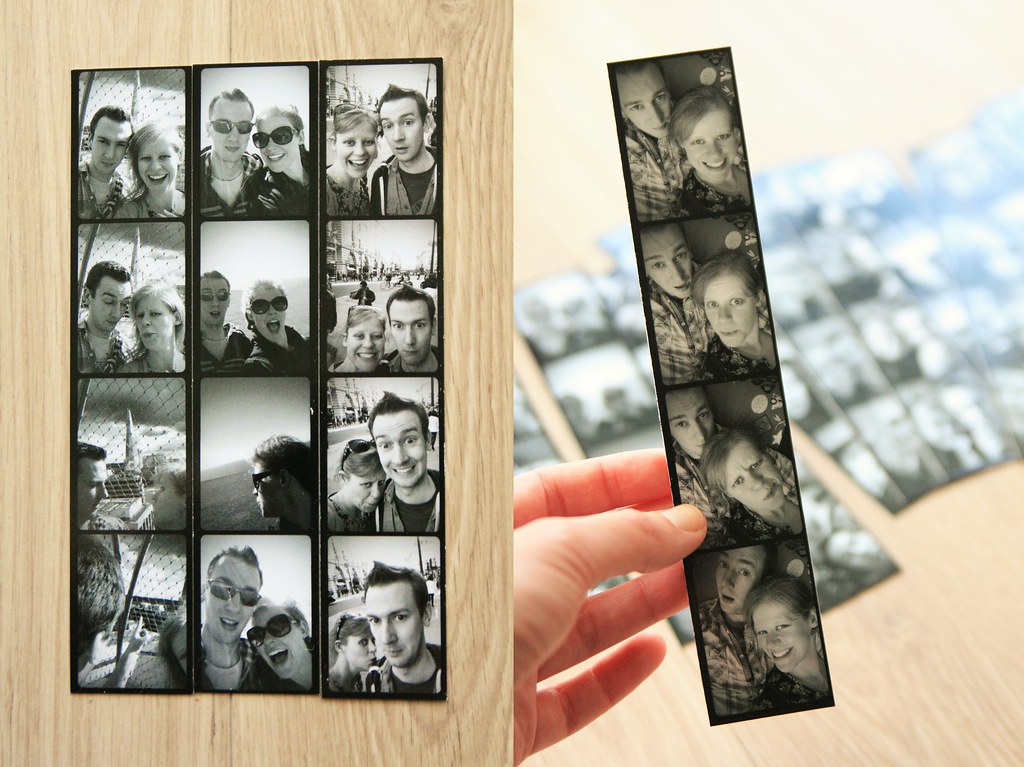 I have been quietly following along with my little project for over a year and a half now, and I have each month's photos printed and sent to me, and I have amassed a lovely collection of all sorts of aspects of our lives.  Everything from silly snaps on holiday, to posed selfies at a wedding to slouchy pics on the sofa at the end of the month because I hadn't thought earlier in the month and I was running out of time.

But I like the mixture; I like that some are very every-day and some are at special occasions.  And I enjoy the progression of this little monthly silliness. I am still pondering what I would like to do with my collection; I think I'd like to have them up on the wall in some way, but I haven't settled on the way I'd like to do this yet. 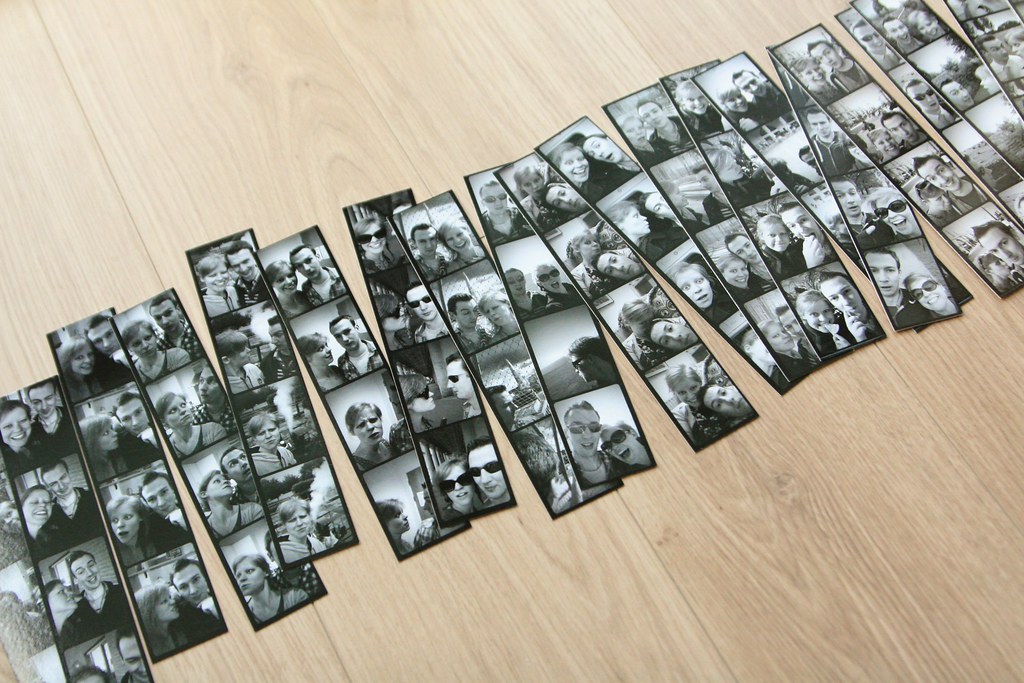 Something I would like to start doing is writing a monthly little story, taking note of where I snapped the photo strip and why.  Some months this may be more profound than others, but once I again I hope the overall collection will be interesting and a written record will add a new dimension to this project. So look out for my September story shortly.  The photo strip hasn't arrived in the post yet, but my story is good to go.

P.S. If you have any good photostrip display suggestions, my crafting supplies are open for business.

Email ThisBlogThis!Share to TwitterShare to FacebookShare to Pinterest
Labels: Photography