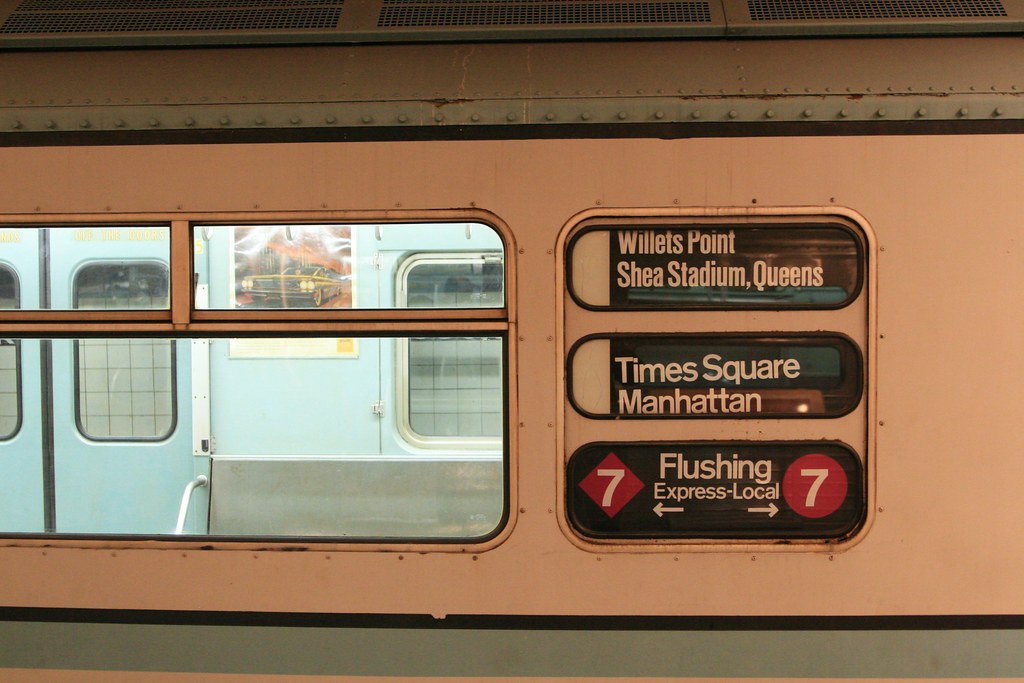 The routine is now becoming fairly familiar as we reach Day 4 in my account of my trip with the Man to New York over October half term.  I love to keep a travel journal when I'm away as it helps me to recall the little moments that make trips special; the things that otherwise get lost in other memories. While I have edited my journal entry a bit to blog, it's long for a reason: I write it for me. I enjoy the process of sifting through my recollections, editing the process, and ultimately preparing to scrapbook the experience. If you feel you need to catch up on the story so far, you can read all about Day 1 here, Day 2 here and Day 3 here, all in glorious technicolour and oversaturated description. And meanwhile, here is Day 4, but without many photos as I simply didn't snap so many.
Radish fact of the day: radishes can be used as companion plants as they suffer from few pests and natural diseases. 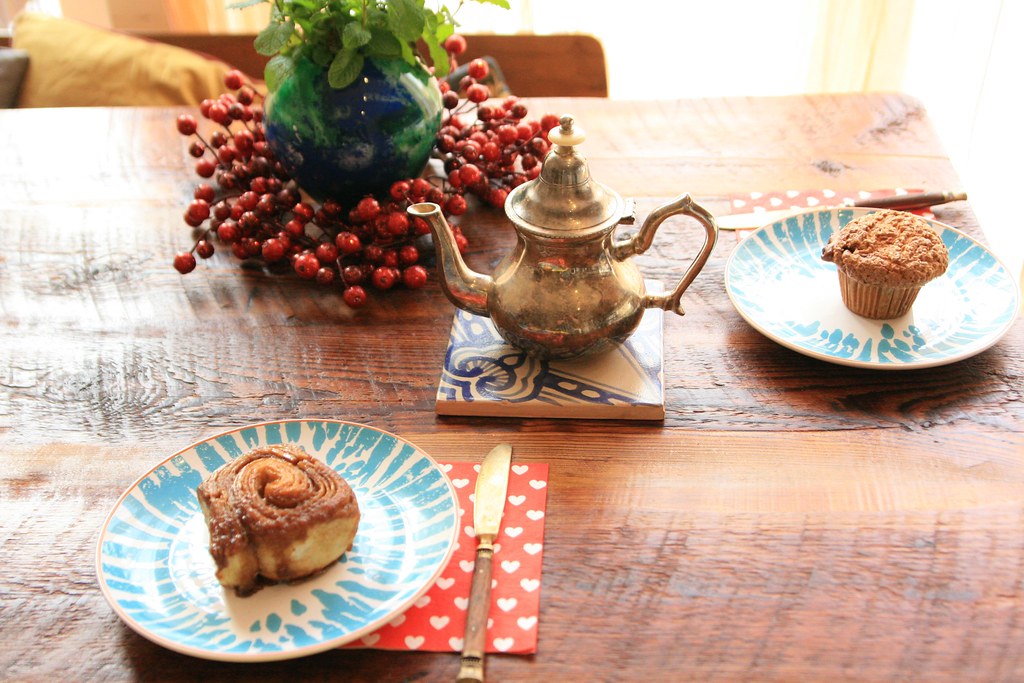 Today it was my turn to do a bakery run and so I hopped out of bed, donned my raincoat (over my other clothes, obvs) and tottered through the drizzle to the local. I invested once more in cinnamon buns and two amaretti biscuits for me to eat on the way home, because it is far and takes almost five minutes.
We breakfasted and then worked out the plan for the day based on the forecast and the availability of the subway network (it seems that the subway is subject to the same fluctuations in service as TFL during weekend maintenance works). 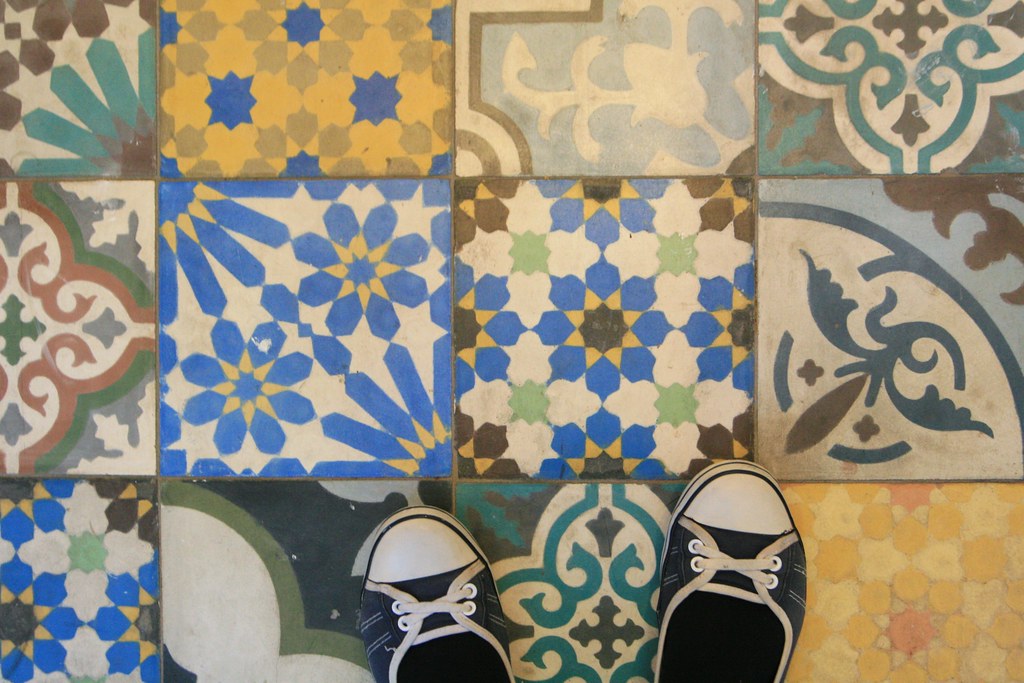 We set off in the persistent drizzle for the delights of the New York Transit museum. And delights they did indeed prove to be. The first delight was finding that it was located in an old, decommissioned subway station. We queued for tickets and entered an exhibition all about the initial construction of the subway. It was fascinating; most of the subway was cut and cover which meant massive disturbances to all networks such as plumbing and wiring under the pavement. They had to rip it all up, dig the subway, and then put it all back again. Then there were the sandhogs: teams of men who worked in highly pressured (literally) environments to dig deep tunnels, particularly underwater. The tunnels had to be pressurised to prevent collapse and the men had to work in these conditions, entering and leaving through compression and decompression chambers. The work was so tough that the shifts lasted three hours, or only half an hour in the worst areas where the pressure caused big rises in temperature.
Much of the workforce was made of up of immigrants as the population of NYC exploded. They were largely Italian, Irish and African American and heavily unionised, at one point a successful strike leading to fairer pay and working hours. 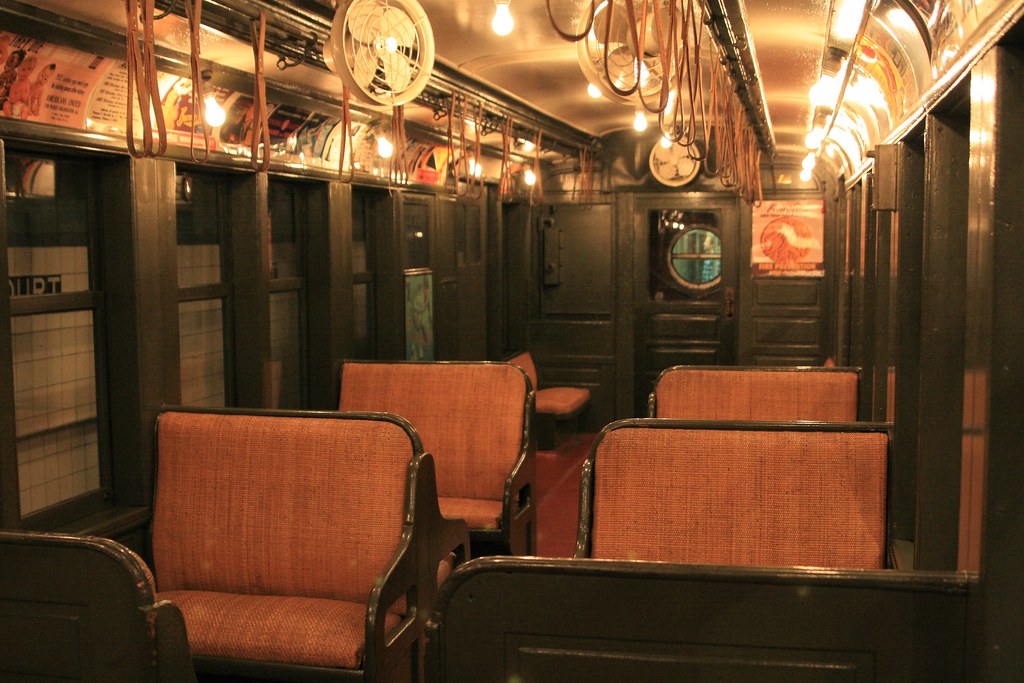 Work commenced during 1900 and the first trains began running in 1904. By 1908 the whole network, such as it was then, was electric. (We were amused by one New Yorker who was loudly opining that surely it must be the oldest subway, like in the world ever! Couldn't resist pointing out that their little baby subway system at just over 100 ain't got nothing on the underground. 150 years plus, baby!)
There was a really interesting section on disaster management with interviews with lots of people who basically keep the city going in the face of adverse weather, snow storms, flooding and tragedies such as 9/11. It was an impressive portrait of a city which pulls together to help however it can, whether that's shovelling snow or re-routing your bus into a disaster zone to carry firefighters to wherever they're needed. 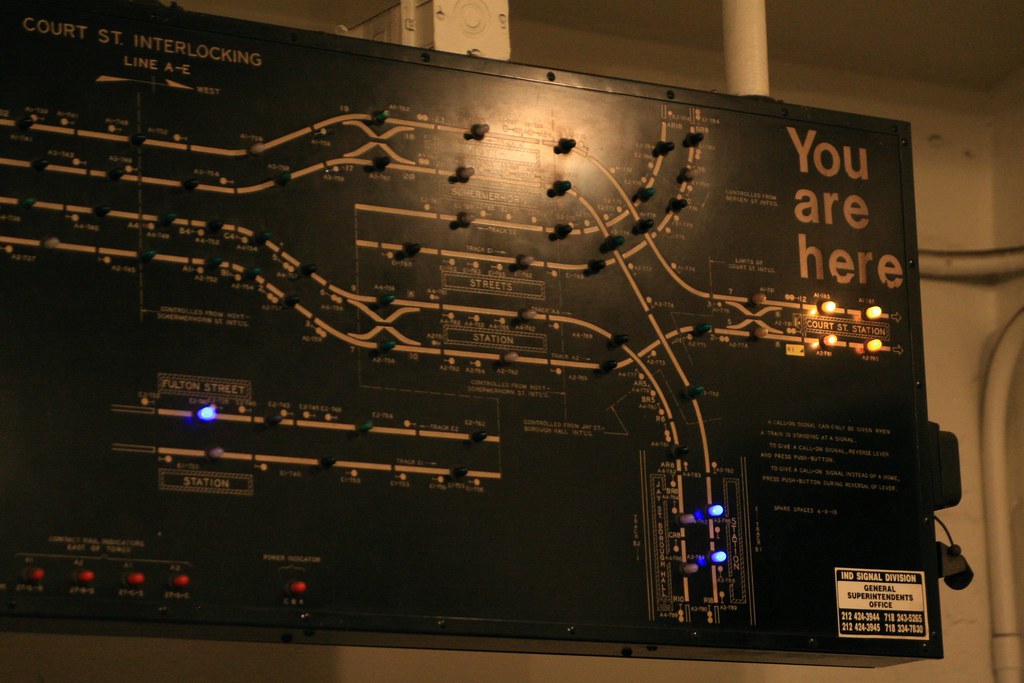 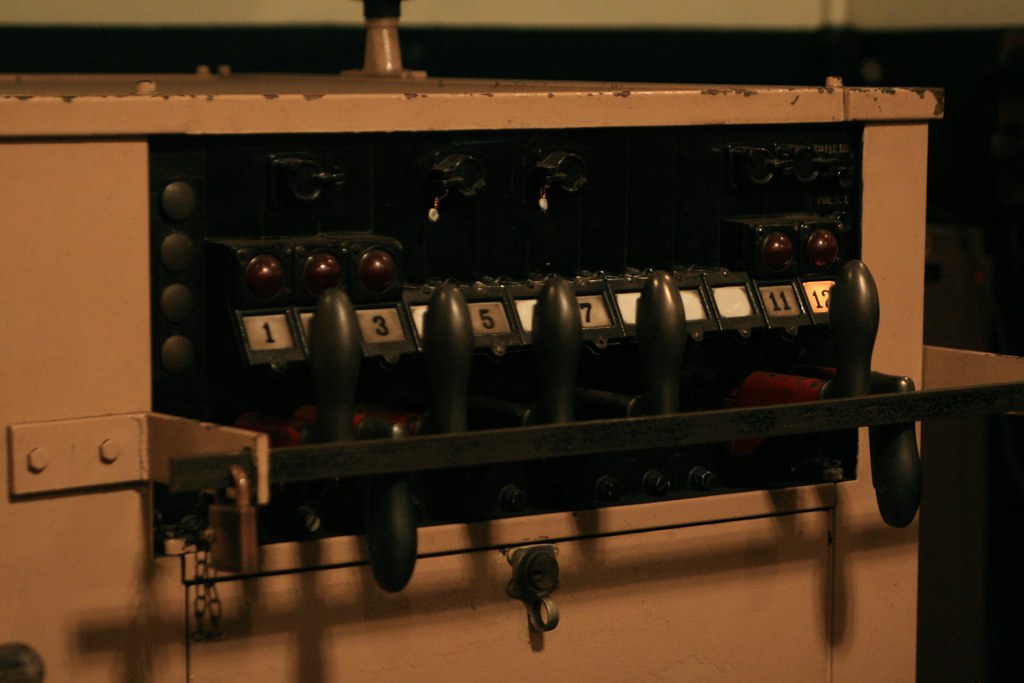 At noon, we dashed back to the lobby to catch a guided tour which had just about started and was led by a chap who must have been seventy if he was a day. He was hugely knowledgeable, like a subway grandfather, and clearly an enthusiast and it was a pleasure to hear him rasp out his wealth of knowledge in a New York drawl. We explored the platform along both sides of which were stationed subway cars from throughout the ages, and it was a lovely slice of history to step in and out of.
Leaving the museum in search of lunch, we somehow missed all of New York's alleged 22000 restaurants and so gave up and got the subway back to our neck of the woods.  We popped to a little French Bistro a couple of blocks from our apartment which had been recommended. It was lovely and I indulged in a peach Bellini and a veggie burger.
Back at the flat, we changed, the Man donning suit and tie and looking awfully handsome, and me taking my new little black cocktail dress for a spin. 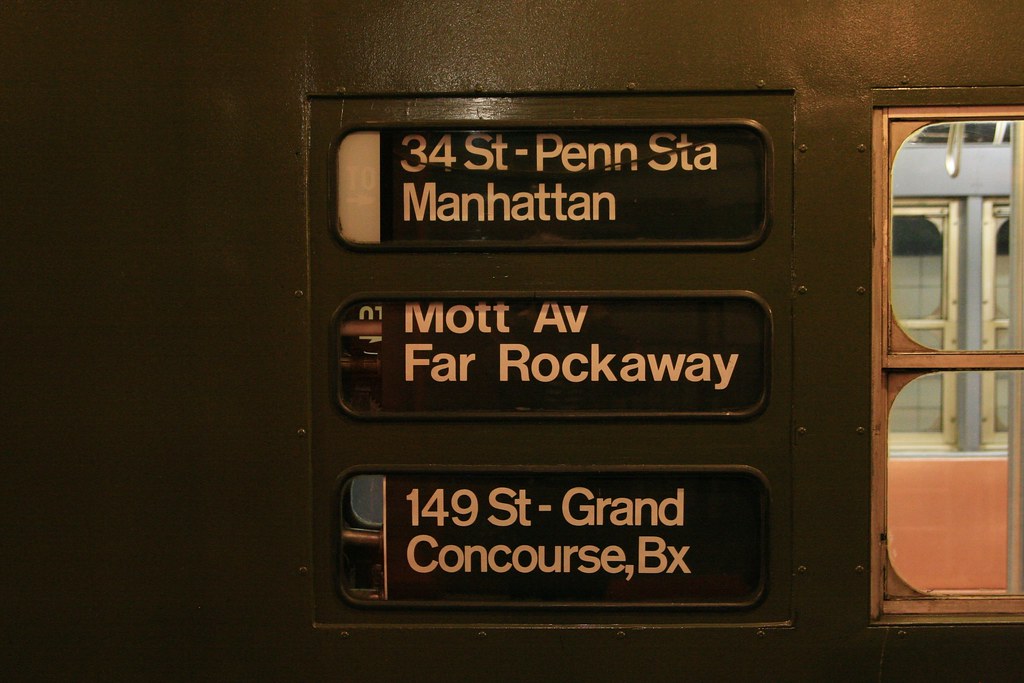 Once dressed to at least the nines, although it was probably more like the fourteens or fifteens, we got back on the subway to attend Chamber Magic at the Waldorf Astoria hotel. Chamber Magic is a small, intimate parlour performance given by magician Steve Cohen in one of the hotel suites. I'd found a review on a blog and decided we HAD to go as it sounded like something a bit quirky to do, and also quite a bit fancy. We made our way, as instructed, to the private towers entrance on east 50th street between Lexington and Park avenues. Swanky.

We joined some other guests, also looking quite natty, and rode up to the 29th floor to suite 29A where the show was performed. I felt terribly Bertie Wooster, and it was a bit like stepping back in time.

This is going to be a spoiler-tastic review by the way, so if you don't want a full account of the magic as it unfolded, you should probably stop reading.  And then go and get tickets and go to New York. Meanwhile I will bemoan the fact that I took no pictures.

The show wasn't in a theatre: it was in a proper hotel suite and string music played as we found seats, beautifully upholstered in fabric that just oozed opulence, and gazed around the room. The performance was sold out and there were probably around 60 guests seated in four rows. Apparently they don't advertise Chamber Magic at all so it must get excellent word of mouth as it has been going for 16 years for over half a million guests.

On our chairs we had a beautiful program, a silver pen, and a little slip of paper. We also got a token each for a complimentary cocktail at the Waldorf's steakhouse, the Bull and Bear. Score!

The performance really was magical. There were all sorts of tricks and conjurings and Steve Cohen, the magician was incredibly slick.

He started with some card tricks, but it almost seems patronising to call them tricks. He was great at talking to the audience, and because it was a small group and he was so good at drawing us in, it really did feel like being a guest at a special show in someone's parlour.

The dress code was jacket and tie for men, cocktail dresses for ladies, and Cohen thanked us all for dressing for the evening, commenting that no one dresses for the theatre any more and so it's nice that this event felt more special.

He was right, it did.

One of my favourite tricks involved tossing a coin and covering it with a top hat, while Cohen explained that he could make the outcome be whatever we wanted when he lifted the hat. He demonstrated a couple of times: we said heads and boom, it was. Heads again, and pow! It was heads again.

He asked us if we believed it, and laughed at our mutterings, indicating to us with a flick of his fingers: "she believes it, he doesn't, and this guy is fifty-fifty, he doesn't know what to think! He's all: "For all I know there could be a brick under there!!".

At which point he whipped off the hat.

Of course there was a brick.

But a second ago, it was a coin. This sleight-of-hand was so suave and simple in concept but mind-bogglingly slick and subtle in execution.

WHERE DID THE BRICK COME FROM!!!

Cohen performed Think-a-Drink, where he poured 5 randomly audience-selected drinks out of one teapot. We had written down our favourites on little slips of paper and he poured them. One lady had written 'Vitamin water' so when he asked what flavour and she called out Dragonfruit, he poured that. Audience members drank the drinks. They were legit!

He also did lots of mind-tricks and mind reading, and a nice illusion where he linked three people's wedding rings together simply. By swirling them in a wine glass.

And all the while, the witty, slick patter chattered on, toying with us and making us laugh until we had to stop and gasp. It was wonderful and totally absorbing.

During a slightly more poignant moment, he asked us again if we believed in the magic. I didn't know whether to say yes or no. He then asked if we'd like to know how it was done? Yes, definitely. He refused to tell us on the grounds that people who believe don't need an explanation and for people who don't believe no explanation will suffice.

Each guest at Chamber Magic received a complimentary chamber magic cocktail at the Bull and Bear, one of the Waldorf Astoria's restaurants. We sat on stools at the enormous, ornate circular bar in the low lighting, surrounded by wood panels and deep red upholstery. I have no idea what the cocktail was. Maybe lemon? And a maraschino cherry! 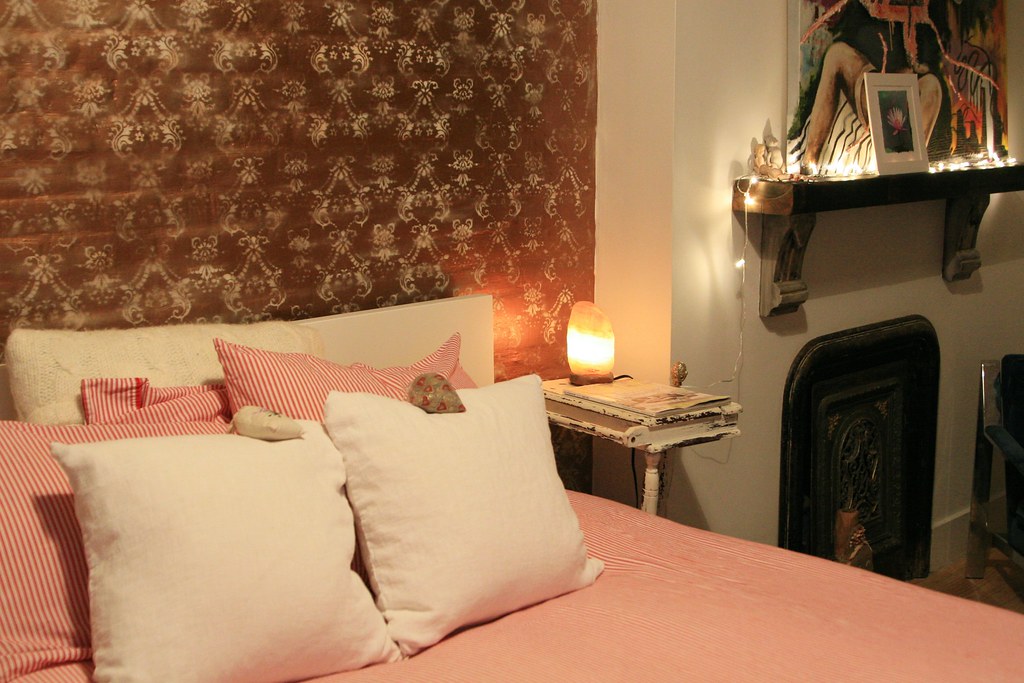 After a lovely evening, we returned home for wine and crispy biscuits left for us in the flat with chocolatey peanutty filling. Yum.

P.S. The tube is better than the subway. #smugface
Posted by Miss Smith at 15:45