10th December: Thoughts on Christmases Past 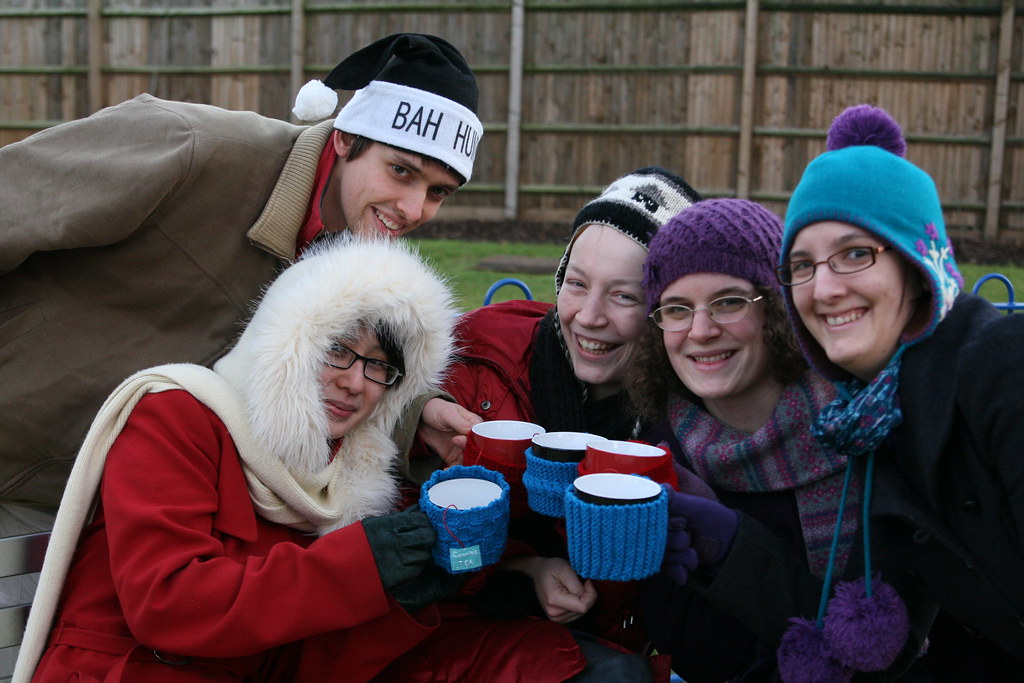 Since moving to London some 7 years ago, I have tried to keep contact with my university friends.  Although I suppose that's not how I think of them any more. They are not just the friends I made at university; they are my closest friends who have been in my life for over a decade and with whom I have experienced so much throughout my twenties. 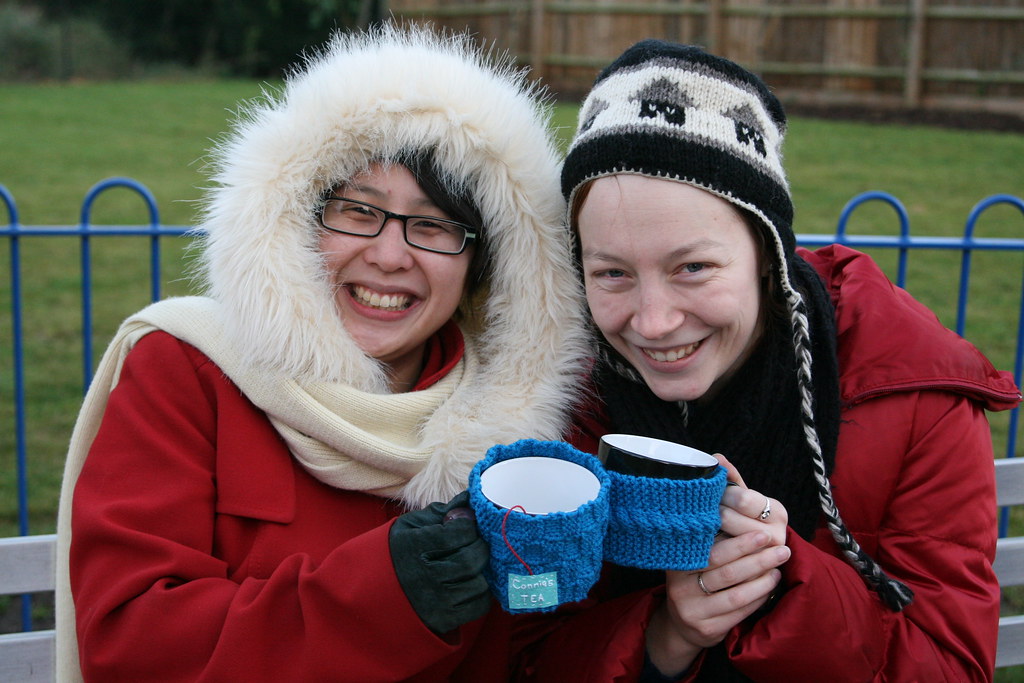 Keeping in touch with some of them is easy: we live in London and can hang out on a regular basis.  With those further away geographically it can be harder, and I also know it's something I could be better at. Perhaps there's a resolution right there.  Because it ALWAYS worth making the time for the friends who really matter. the ones who are in it for the long haul, and the ones I hope I will still potter out for tea with when I'm ninety. 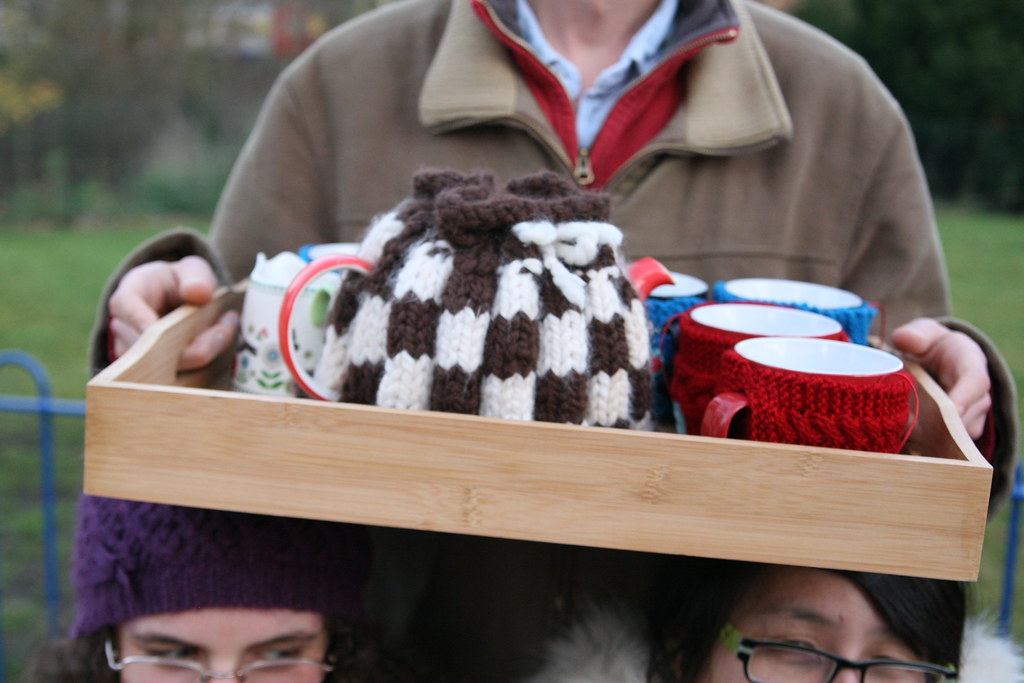 Each year therefore, I organise Christmas Shindig.  I don't really remember how the name started or who thought of it.  I think it just sort of evolved, but initially it was a way of slapping a date into the diary long in advance of Christmas and getting everyone to come to London for a few Christmas frolics and a catch up.  These photos are from one of the first Shindigs, back in 2011, which I blogged here. Although we didn't call it Shindig then, but it does feature in my Journal Your Christmas album (entry here)! I invited everyone to my flat and we talked and ate and talked, and I made everyone go outside for a Christmassy photoshoot. And I'm so glad I did because these photos hold such lovely memories. 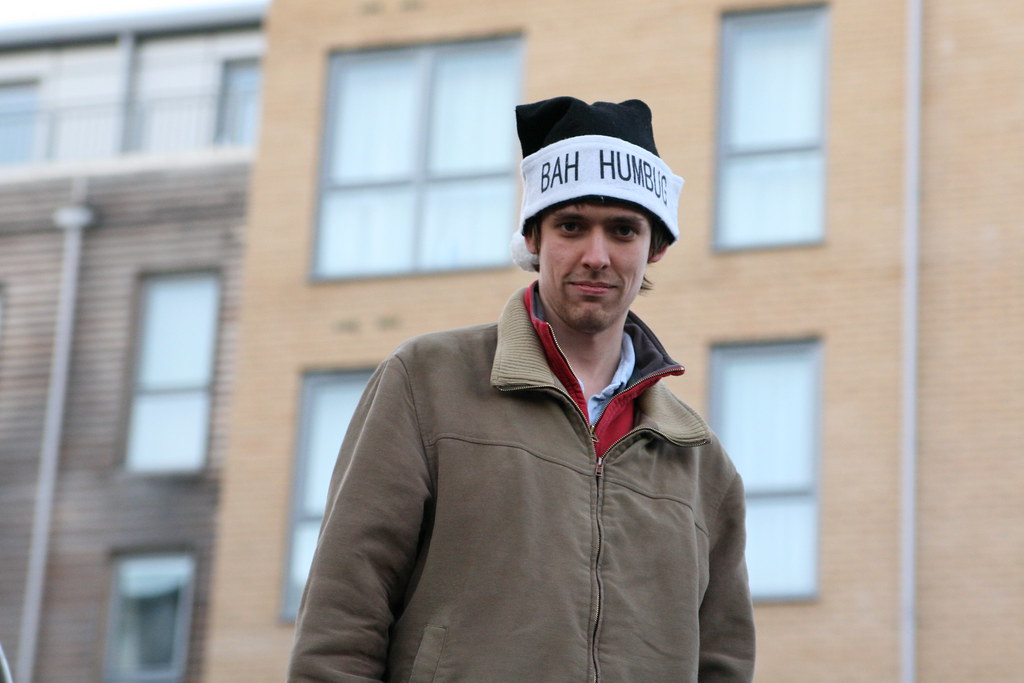 I will be taking another set of pictures this year, as I feel it's time for an update. Going back through these pictures has also given me a few ideas for the photographs I would like to take. If you also hold any sort of gathering with friends or family, do cajole, nag and boss people around until they pose for pictures for you.   I don't think anyone will regret it, ultimately, even if they pretend to be a bit bah-humbug. 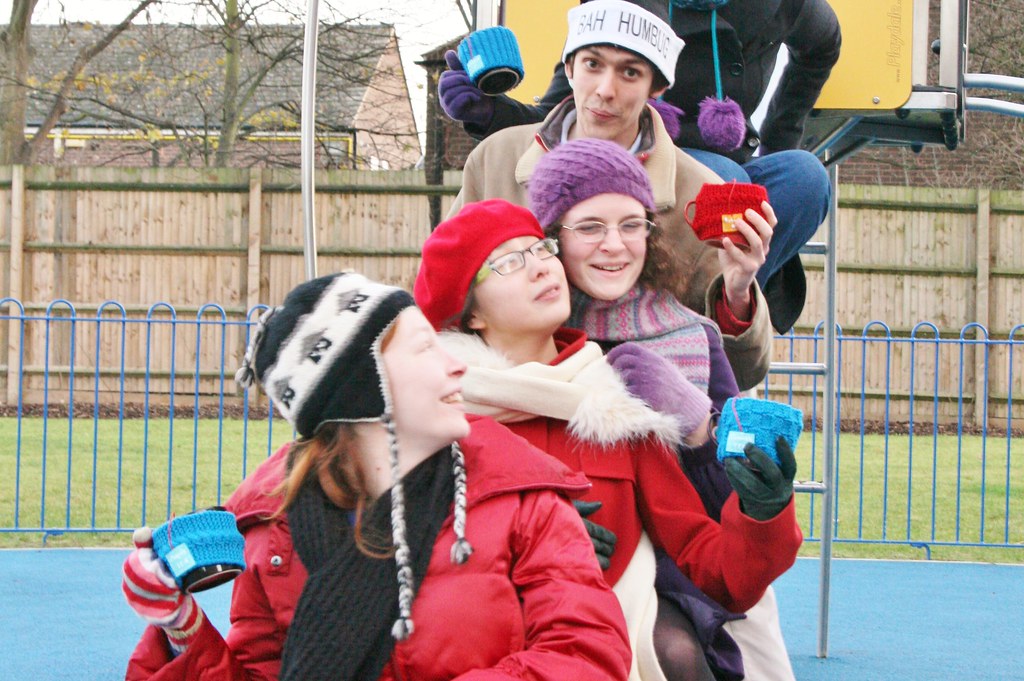 And while posing for pictures is fun, do click the shutter for the in-between times.  Some of the candid bursts of laughter make the pictures sing far more than a carefully arranged smile, and hold a more genuine memory. I'm so glad I kept the set-up shots; they depict the relationships and personalities in a way that other photos don't and turn one photograph into a whole set of candids leading up to the big picture.  They tell a story.  I don't know if my friends like these pictures or not, but I love them. 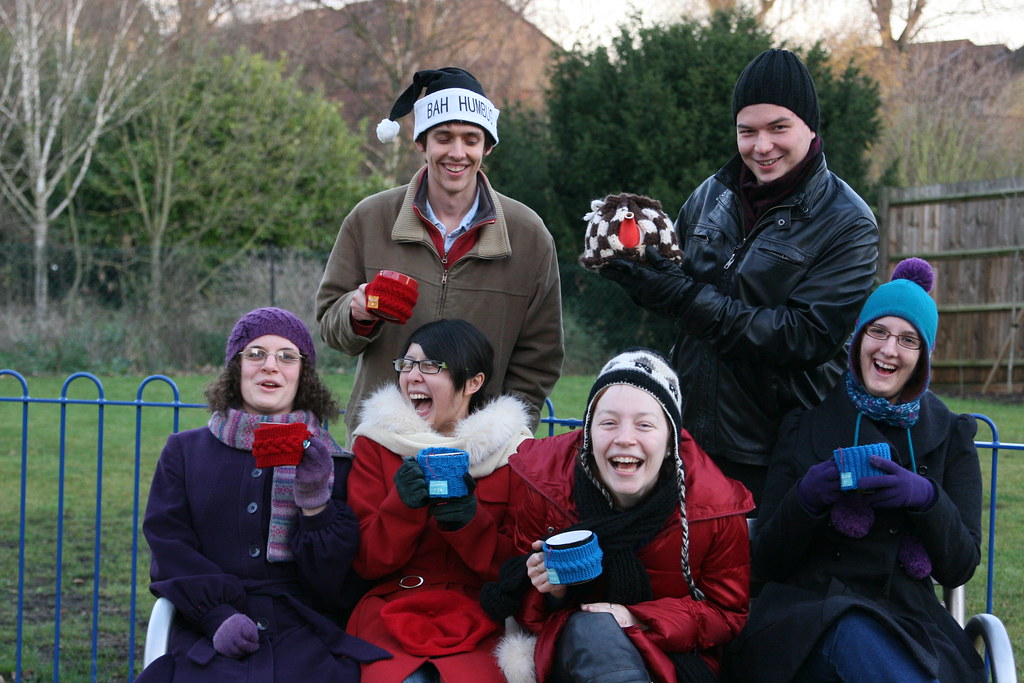 The photo above encapsulates this.  It's not the "polished" shot I was setting up for, but I like it so much more.
Looking at these pictures from 5 years ago makes me reflect on what has happened in the past 5 years.  Three of the group have become doctors (both medical and academic), one has taken over the running of a language school, another published a magazine. Some have lived and worked abroad whether for months or years, in locations including New Zealand and Singapore. Travel once dreamed of is being accomplished, and mortgages and cars have been acquired 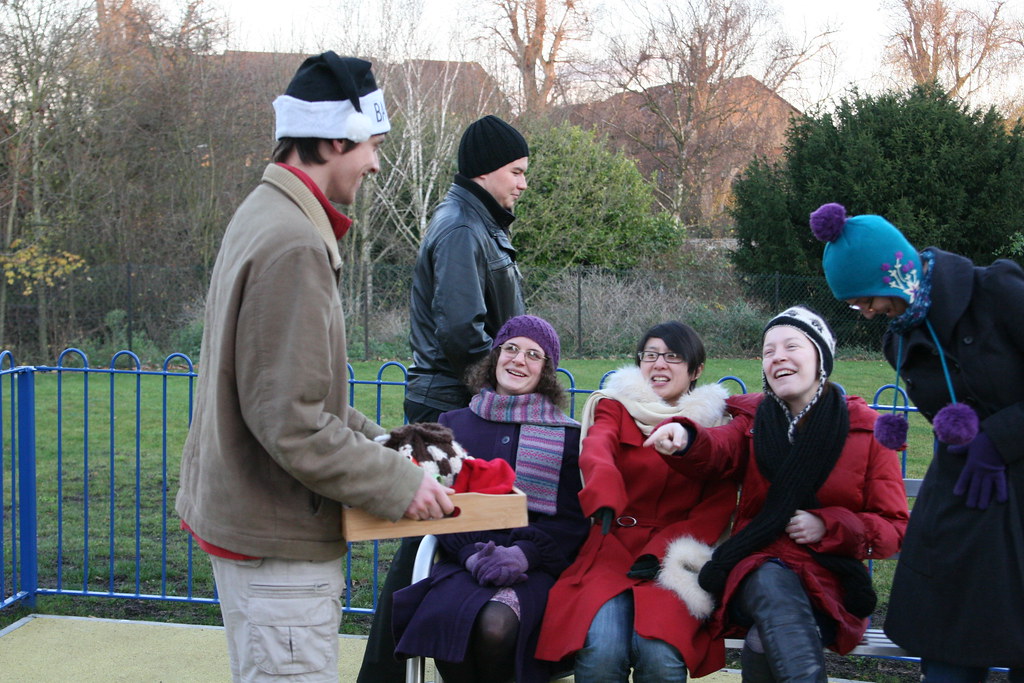 Relationships have changed as well; while some partners have made an exit, new ones have arrived, and these happenings have brought with them long conversations: some serious and reflective, some light-hearted and gossipy, all valuable. Relationships have also deepened and grown: I photographed the wedding of one of the group, I have been a bridesmaid and a maid of honour at the weddings of another two, and I am also honoured to be a bridesmaid for another friend's wedding in the summer. Four marriages in 5 years represents quite a change in life!  Not to mention the wonderful arrival of the first baby in the group. 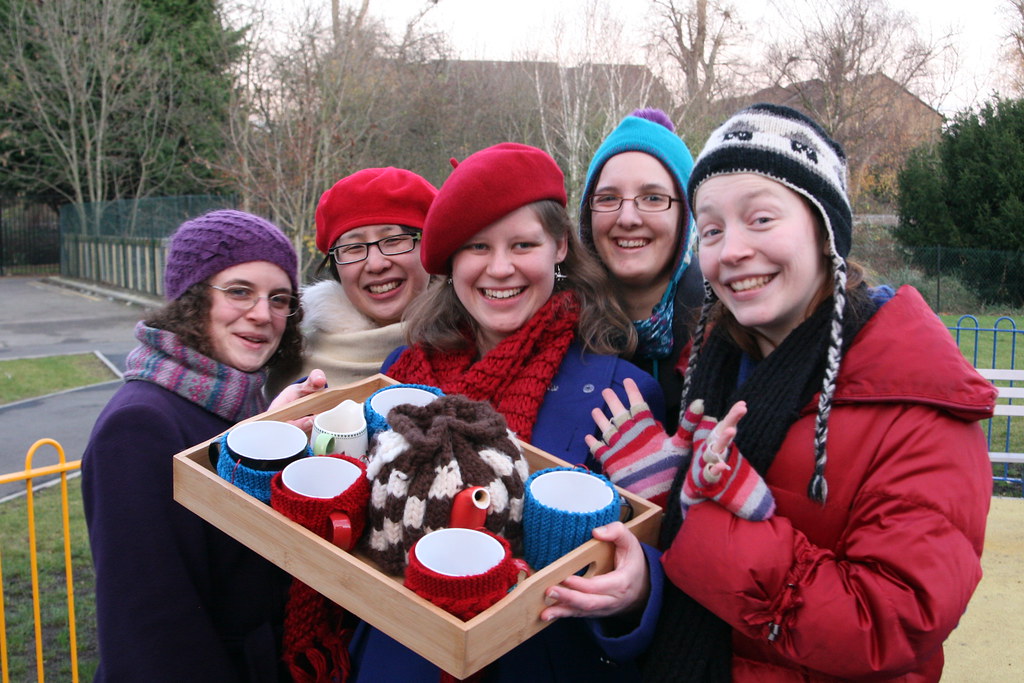 I think we have changed a lot in ways both big and small, and our circumstances have changed even more.  But what hasn't changed is the warmth of friendship I feel for these wonderful people.  Or maybe it has: it has developed and strengthened and become more valuable as their lives unfold before me.
This year once again a date has been placed in the diary.  And it's this weekend.  While you read this, I hope that I am happily ensconced with those I hold dear, wittering about something inconsequential, laughing over irrelevant fripperies, and knowing that at the same time, this is what really matters. I have planned a weekend that I hope will prove delightful, and I'll share what we did in due course, but for now it's enough to reflect with a smile how lucky I am to know my friends.
Kisses xxx
P.S. This post is one of my December series inspired by Shimelle’s scrapbooking class Journal Your Christmas.  My aim is to blog every day throughout the month to document all the little moments that make the most wonderful time of the year.  Merry Christmas!
Posted by Miss Smith at 06:30