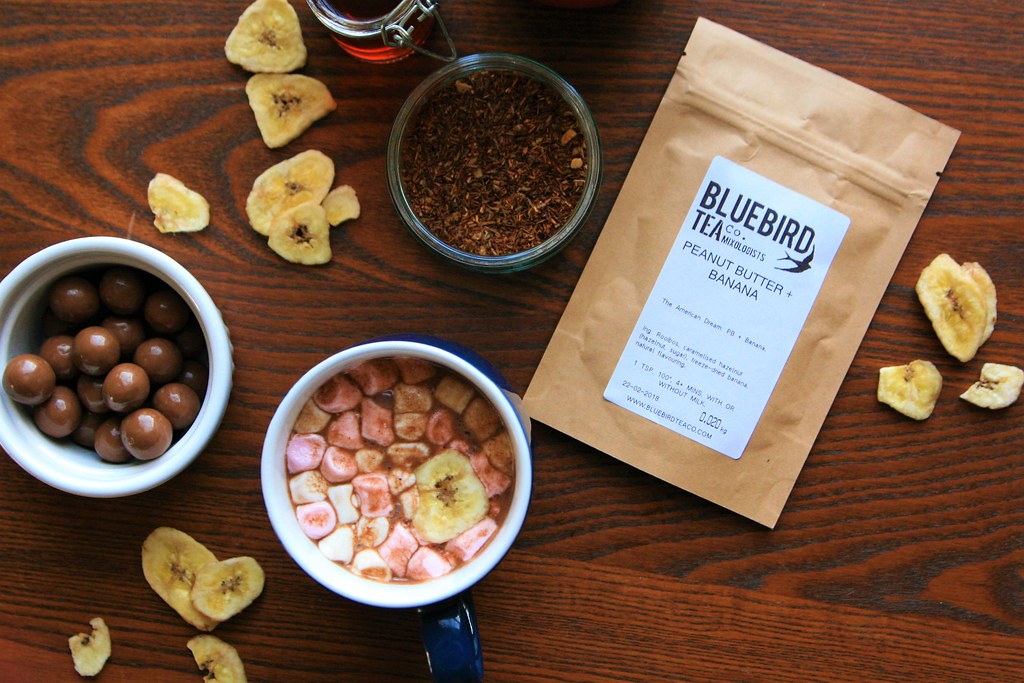 Even though we are veering into spring, there's still a bit of a nip in the air and so I have been experimenting with the warming powers of a good hot chocolate.  Hot chocolate is worth taking your time over: it's indulgent and satisfying and luxurious, and so to elevate this tasty beverage into something even more special, I want to share my recipe for hot chocolate with banana tea syrup, inspired by Bluebird Tea Co's Banana and Peanut Butter Pancake tea. 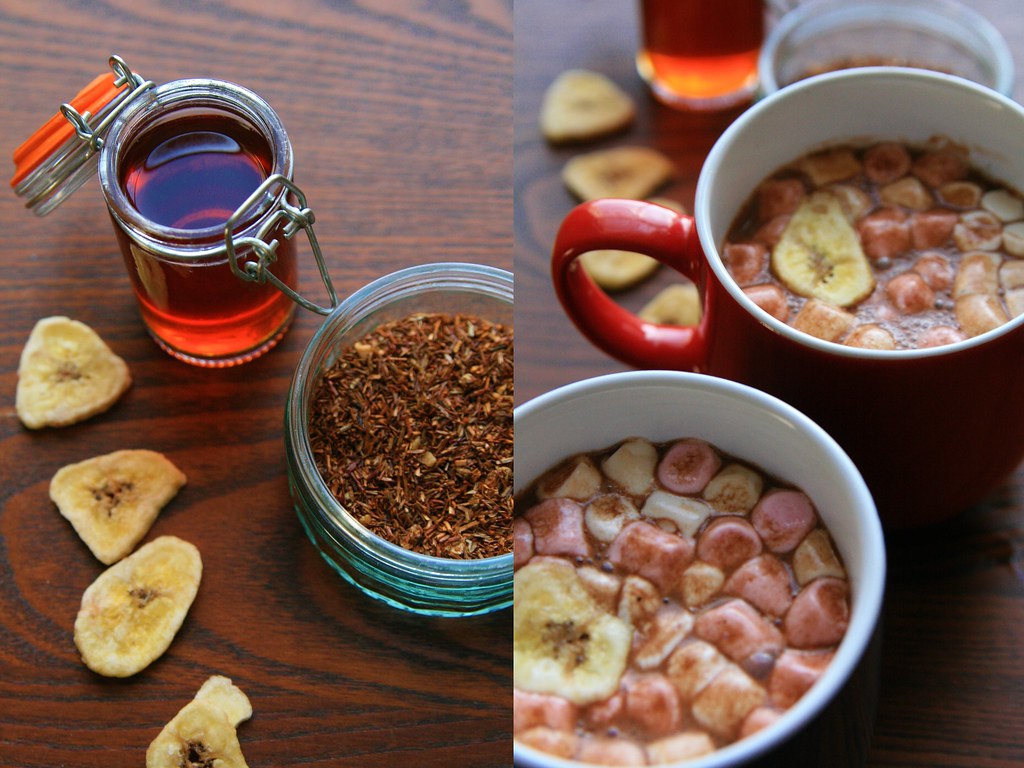 First of all, to make the syrup you need only three simple ingredients: 1 cup of water, 1 cup of sugar and 5 teaspoons of your favourite leaf tea.

Boil the water, and once it's reached the temperature needed, brew your tea. The Banana and Peanut Butter Pancake blend I used is a Rooibos tea which means it can be brewed at 100 degrees Celcius.  5 teaspoons is a lot for one cup of water, but to give the syrup real strength and depth of flavour, it is the right quantity.  Leave the tea to brew for around 7-8 minutes. Again, this is a longer brewing time than you'd probably want for a cuppa, but useful to let the flavour overcome the sweetness of the syrup and the flavour of the hot chocolate. 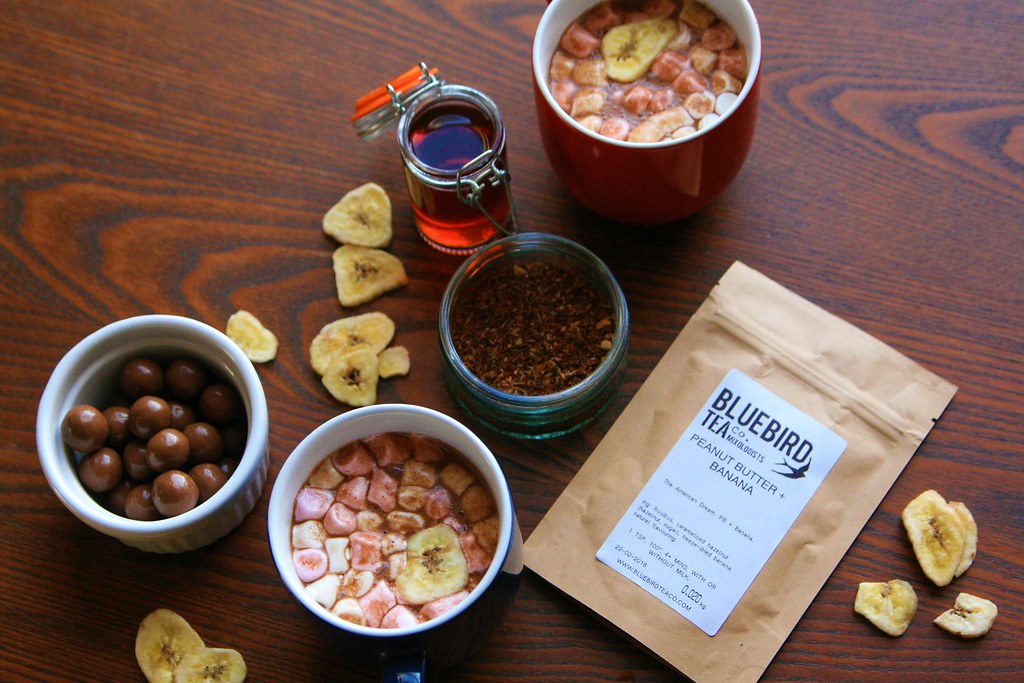 Once your tea is brewed, strain out the leaves, add your tea and the cup of sugar to a pan, and bring the mixture the boil.  Stir occasionally, and boil for just long enough to allow the sugar to dissolve.  Then remove the pan from the heat. 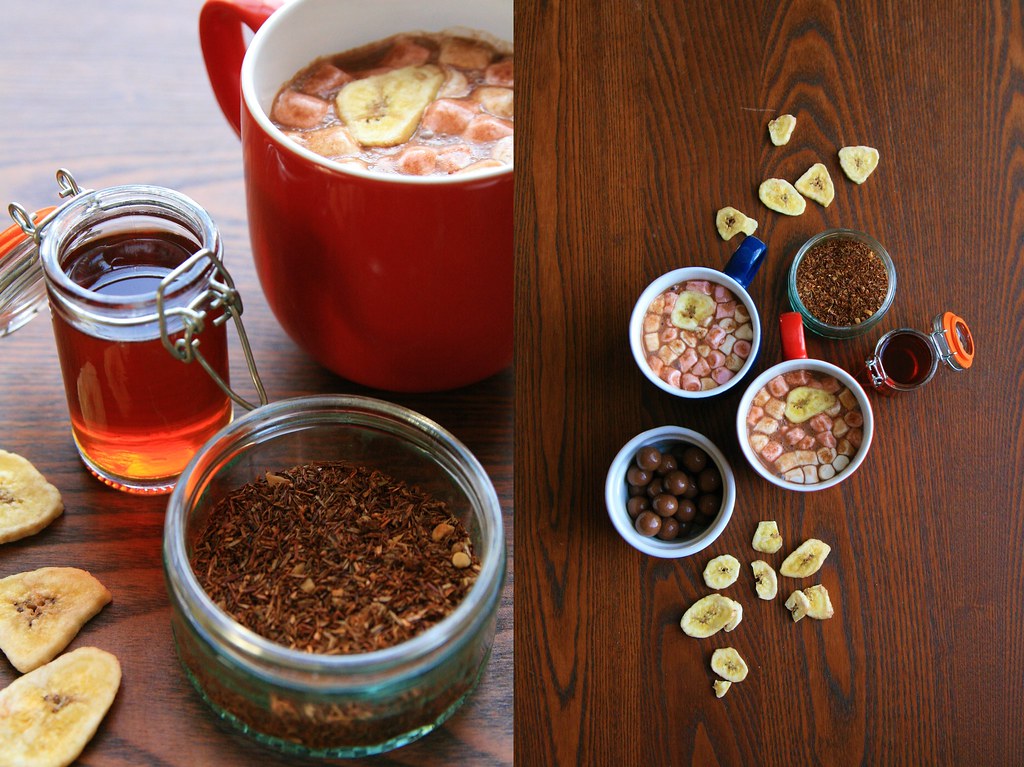 Allow the syrup to cool; it will be runny so don't expect it to thicken particularly. This makes it easier to add to drinks. Once the syrup is cool, keep it in an airtight jar in the fridge.  I made mine over a week ago, and it's still good! 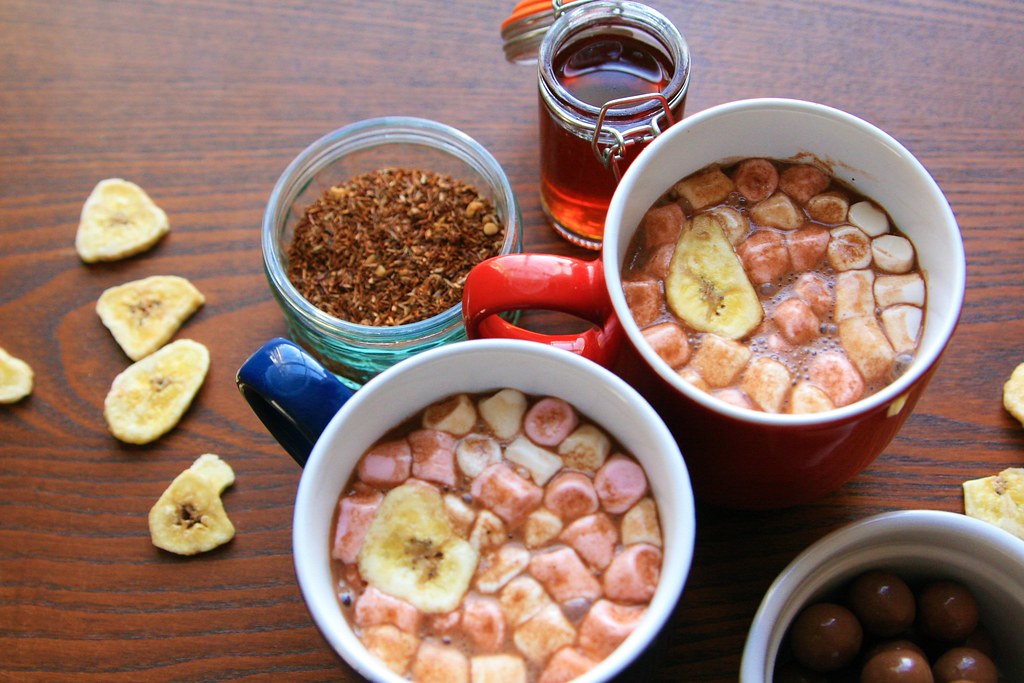 Next: the hot chocolate.  It's always worth getting good quality hot chocolate, and fairly traded at that.  None of your sugary instant stuff thank you; remember the syrup is going to add some sweetness anyway. Make up the hot chocolate as you normally would.  I used almond milk as I like the blend with the banana (plus it's dairy free). Anyway, it was quick work to heat a couple of mugs-worth of milk in a pan and whisk in the hot chocolate. When it's ready, you can stir in 2-3 dessert spoonfuls of  syrup per person. 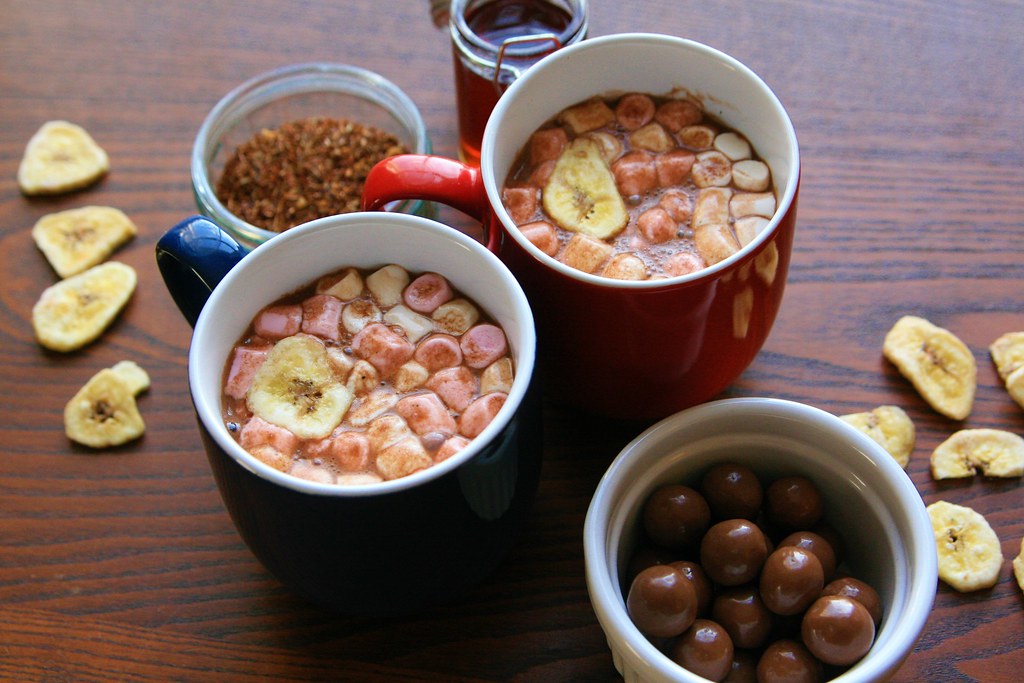 I added a handful of marshmallows to the bottom of two mugs and then divided the thick, creamy mixture between them.  Pouring the chocolate over the marshmallows makes them a little bit melty and fuzzy round the edges.  Finally, top with a banana chip and serve with tasty nibbles!

In my case, that's maltesers and more dried banana chips. 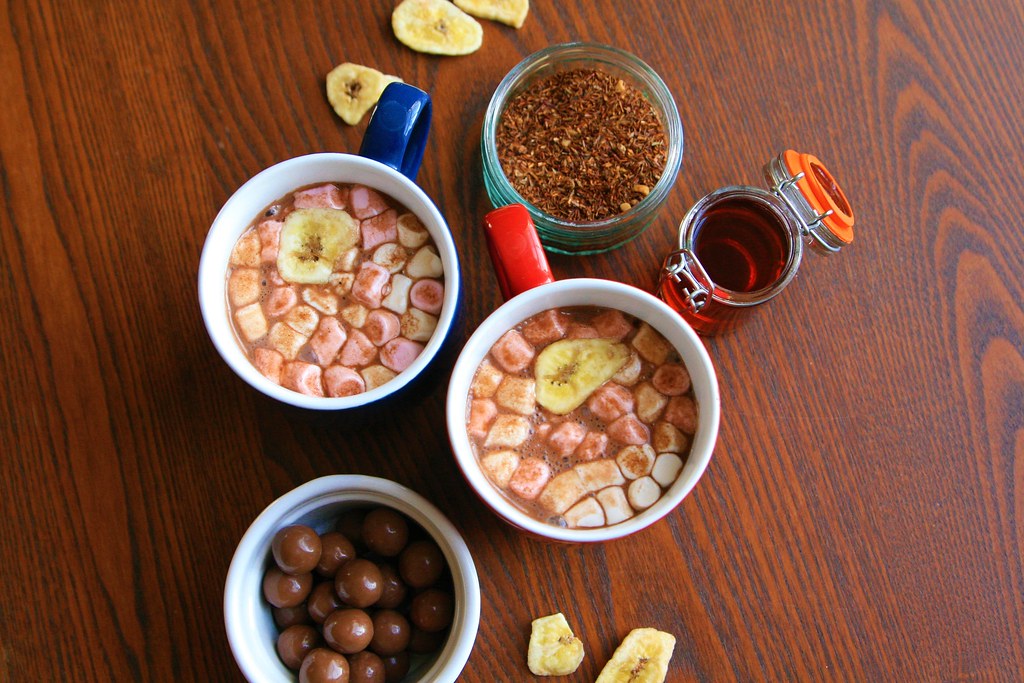 While I chose to make my syrup with the Banana Pancake tea, you could easily to this with any of your favourite brews, and Bluebird have a lot to choose from.  Bears Like Marmalade will give you a lovely fruity, orangey flavour, and I'm excited to try making syrup with the Chocolate Digestives tea as well.  Not to mention that classic blend of Rooibos called Nuts About You which is packed full of wonderful almondy flavour.

P.S. As a tea rep for Bluebird Tea Company, I can offer you a one-use-only 20% off discount code: just enter CURIOUSTEABIRD07 at checkout. And make sure you move quickly if you want to snaffle some of those special edition spring teas!﻿
Posted by Miss Smith at 10:11