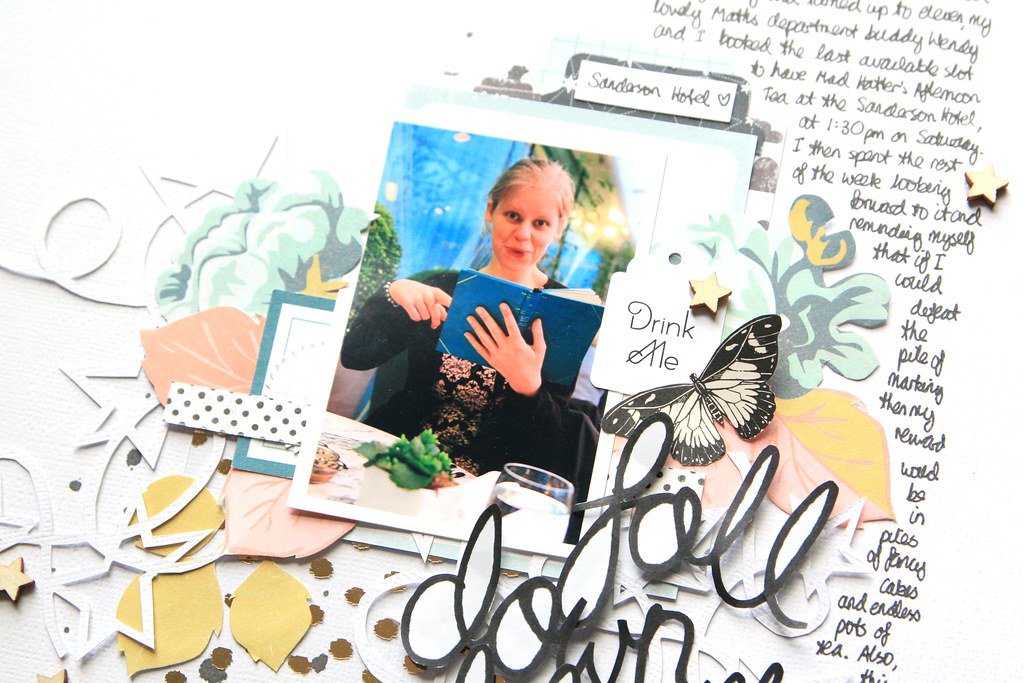 At the end of last year, a colleague and I went for afternoon tea at the Sanderson Hotel: an afternoon tea which has achieved no small amount of notoriety as it is entirely Alice in Wonderland themed. Basically, it was a photographer's paradise mixed with foodie heaven and we had a brilliant time and I blogged about it here.

But now, it's time to share the scrapbook page! This one took a long time to come together as I kept changing my mind about little details, and there was a lot of hand cutting.  But I'm happy with the finished results and I'm pretty pleased I can finally share the page in my album. 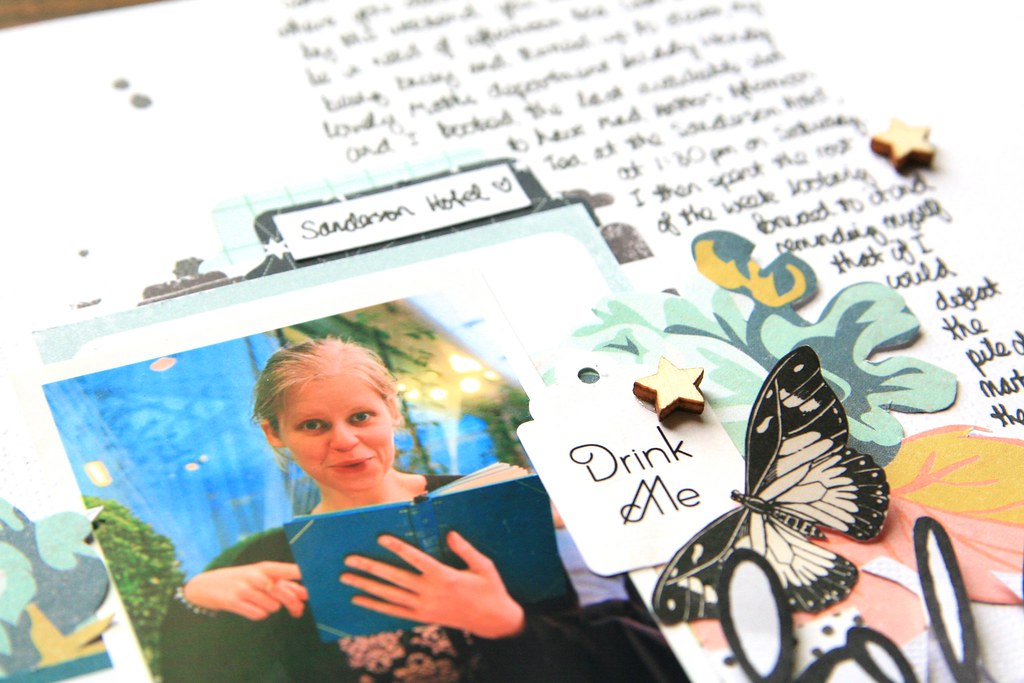 Even though this visit took place months ago, I squirelled away a few little bits and pieces for the day when I would be scrapbooking this event. It was so photogenic, I knew it would have to end up in my albums at some point. I loved the little 'Drink Me' tags, firstly as table decor, but also for their embellishment potential and I had to include one on the page.

Despite having a ton of pictures, I decided to include one that actually has me in it for the page; it's important to me that I make an appearance in my layout. Plus I'd spent no small amount of time posing and couldn't possibly let that go to waste. Obviously. 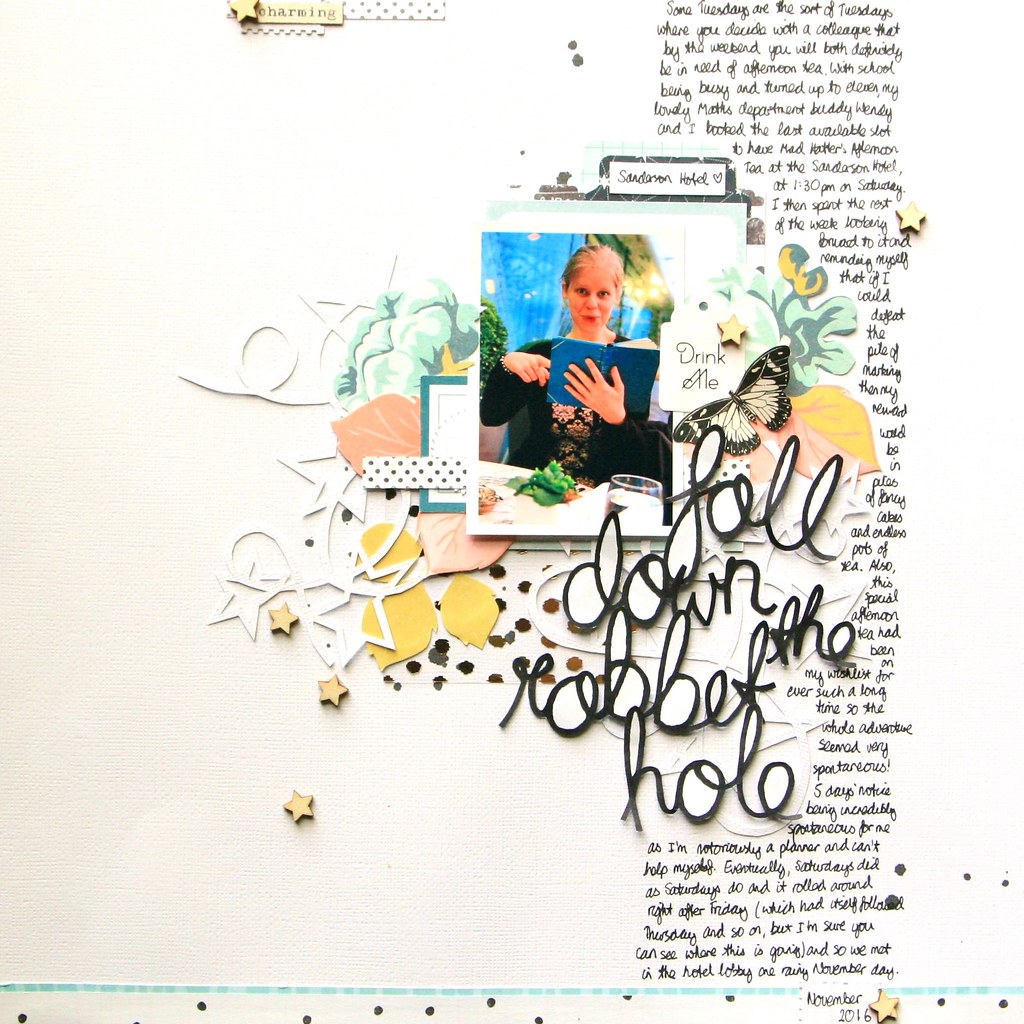 This layout came together in layers.  I wanted it to be fun and whimsical, but also a little bit mysterious and magical.  I doodled some swirls and stars and then cut them out by hand. I used these as templates to make the swirls in white cardstock, and eventually, my craft knife and I had produced some delicate white figures.  However, I ended up not using them as originally intended, and lots of the design is hidden behind the layers and title. Not a problem, just an observation. I was very keen to use the papercuts in the way I had imagined and not cover them up that it took me a long time to accept that they were better being subtle and tucked behind things. 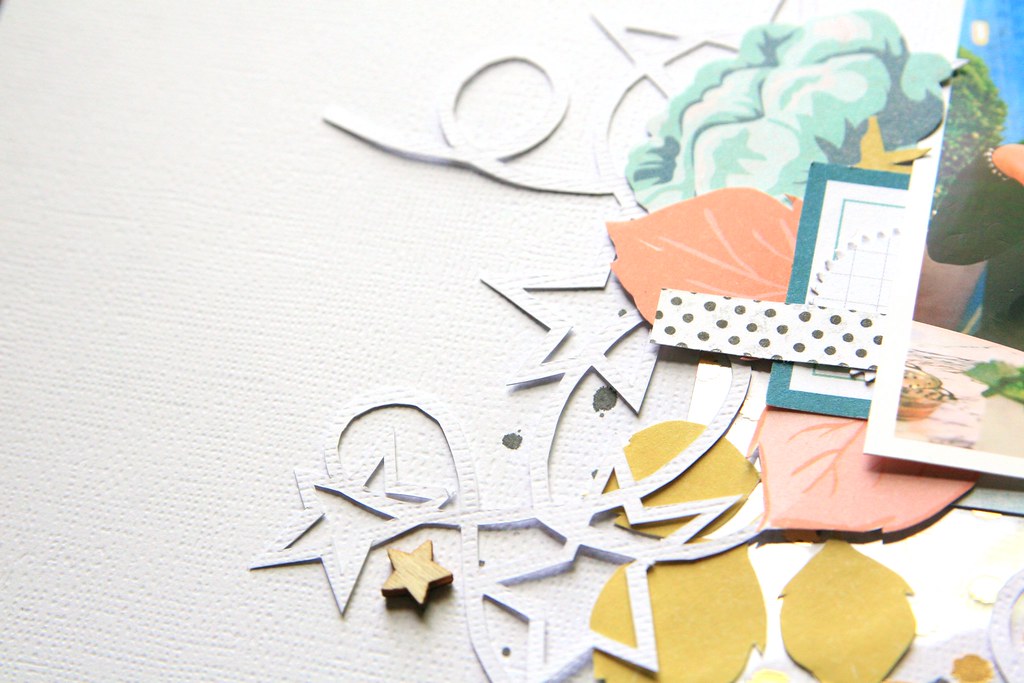 I used white cardstock as my base, positioned my photograph and added layers in the form of little scraps and flowers cut from patterned paper. I also used a transparency square with a golden polka dot design. 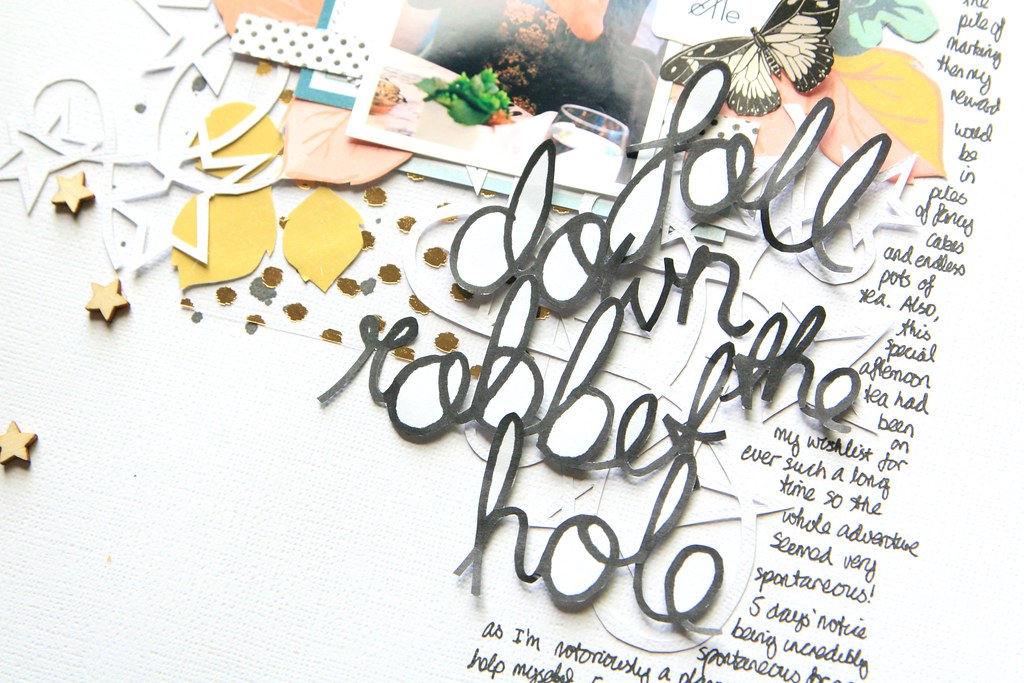 Next came the title.  I sketched it out a few times until I was happy with the size and shape and then but out my writing to check the positioning.  I was initially intending to do the title in white, but it got so lost, amid everything else. So I used a promarker to draw my title onto white cardstock, and then cut it out by hand. I used scissors for this, and left the middles in the letters, rather than cutting them out, making the title a little less flimsy. 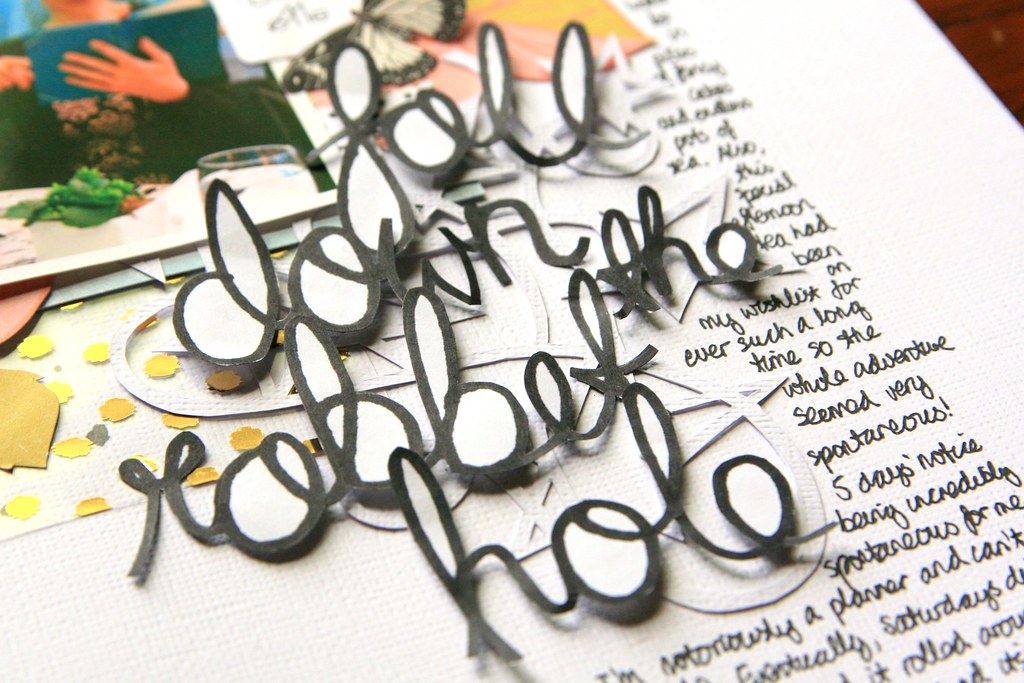 I added the title to my page using little foam squares to create dimension, and positioned the words around the existing floral layers, framing the photo. Then I got stuck into my journalling (already written thanks to my blog post) and added the story in a column, fitting it to the shape of embellishments and the title. I have more story to add, but I stopped when I got to the bottom of the layout. I took so many photos that I will certainly be making a matching pocket page to go with it. and I can include more story in that. I like that I don't need to try and cram everything into one layout. 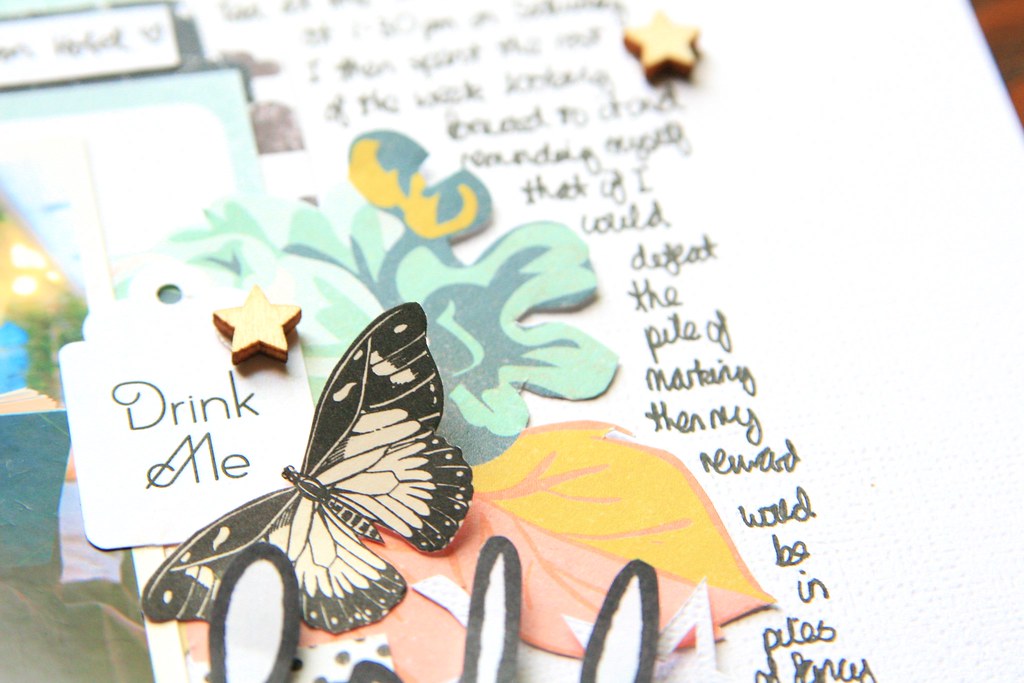 A couple of ink splatters and a few wood veneer stars and the page was complete! While this definitely took longer than usual to put together, I'm glad I took the time to get this page the way I want it.  Perhaps a slightly unusual page style for me, but it's good to mix things up sometimes too!

P.S.Time to burrow into the stash and choose things for the next page!
Posted by Miss Smith at 06:30