The Snowmobile Hunt for the Aurora 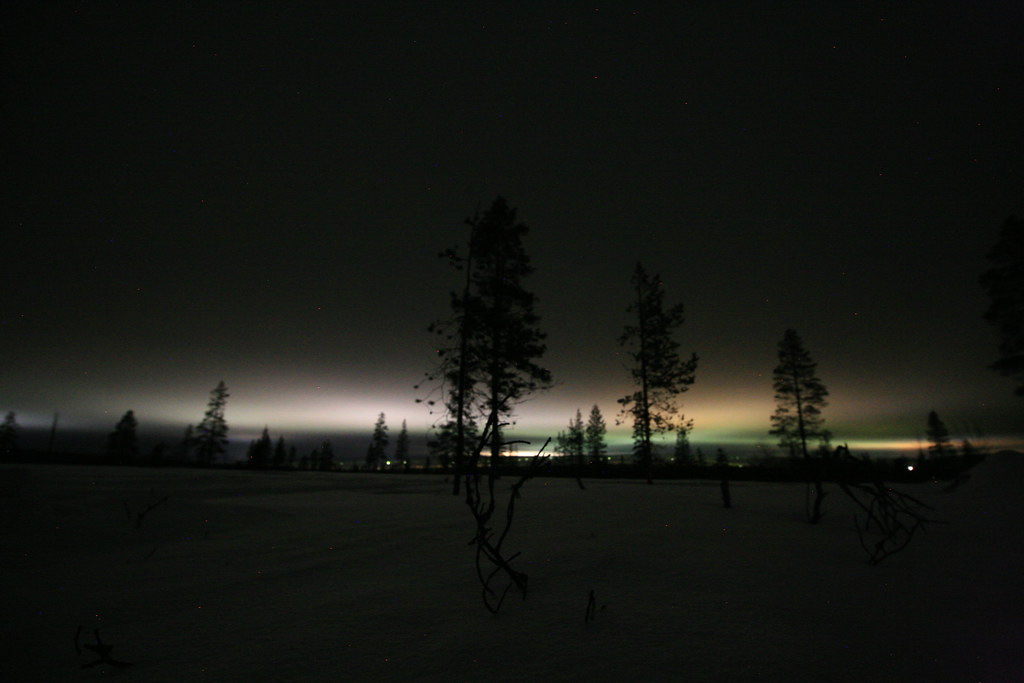 Today I bring you part to of a travel journal entry from my trip to Finland back in February.  You can find part one here (featuring reindeer!). It's another slightly lengthy one, but I love to write about my travels and keep a diary of all the little moments that I think I might otherwise forget. So let's begin...

Once we'd had tea and cake and absorbed all the reindeer facts that we could, it was time to hop back on the snowmobiles and head to a cafe for lunch.

This is less casual than it sounds as there aren't piles of cafes strewn about the place. But a few kilometres on we pulled up at a little lodge and headed inside for soup (yummy, I had seconds), tea and biscuits. Works for me! With lunch consumed, it was time to hop back on our rides and return to Muotka. It was a cracking outing and I was sorry to say goodbye to my snowmobile.
But it was only a temporary goodbye...

Back at the lodge it was time for a cuppa and a sit down, followed by another sauna sesh (when in Finland). It's pretty toasty in there. Yikes. But having the whole thing to myself seemed very luxurious.

I don't know if saunas are meant to be relaxing but I find my thoughts get sped up to fever pitch while I gently toast myself and I leap from idea to idea: how to grab still images from my GoPro footage to remembering that there was a James Bond film which featured a sauna, but who played Bond in that one and why were they in a sauna? And is a Swedish sauna the same as a Finnish one and how hot would it have to be for the wood to spontaneously catch on fire and where does the expression showboating come from and what about limelight? Why lime?*

*If you actually know any of these things, do send me a postcode #saunathoughts

Is this a thing? Can heat speed up your thoughts? Does that mean cold slows them down? So when I think I'm feeling peaceful and reflecting calmly on the world at the helm of a snowmobile, belting out show tunes, am I actually just thinking more slowly and becoming less intelligent?

Isn’t this was happens to trolls in Terry Pratchett books?

So is this really a proper thought or did I just remember it?

Going in the sauna is exhausting. 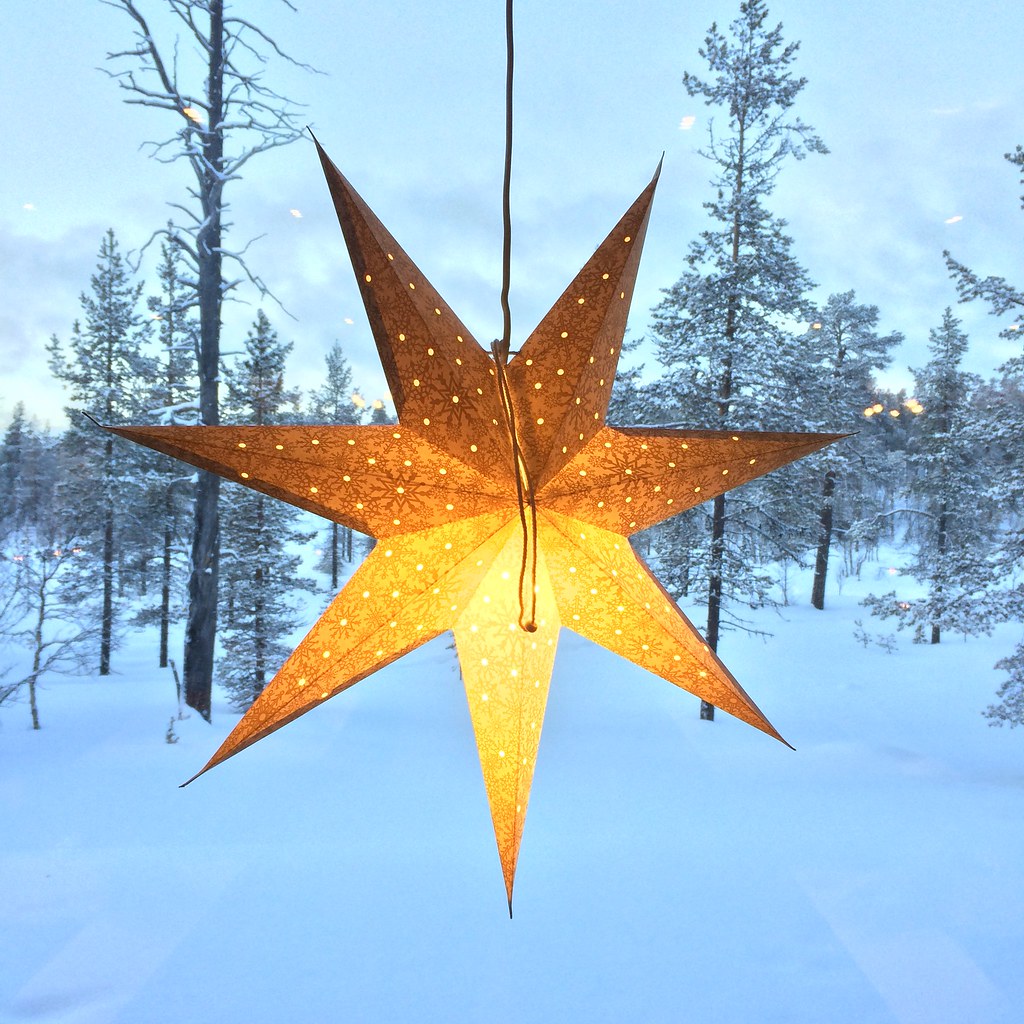 After the sauna, and using up all that energy and sweating out vital whatnots, it was clearly time for a meal, and fortunately, the lodge had laid on dinner in anticipation of my weakened state.

Pumpkin soup (yum!) and salad and bread for me please. It went down a treat and the bread was amazing. It has already all disappeared at previous meals and now I see why. One slice is insufficient. I had two and then went back for a third, slicing myself a proper doorstop each time. Anyway, I don't know if it's traditional Finnish bread but the loaf was quite flat and hand-shaped (as in shaped by hand, not as in has a thumb) very dark in colour but the inside was soft. So soft. And dense. But in a soft, moist-ish way. Like a memory foam pillow.

I really want to use the inside of this bread as a pillow. Partly because it's so soft, but also if I woke up in the night feeling peckish, I could snack on my pillow.

Currently snacking on my pillow is unsatisfactory.

So yep, the bread was good. Note to self: get to breakfast early and eat, like, the entire loaf. And then also the loaves in the basket that are not yet started.

I miss the bread.

They put a little chalk board up on the table saying what the dinner options are, and under desert was listed "Apple Thing" which I quite enjoyed. It seemed not so much lost in translation as much as given up hope of ever returning from translation and so settled down and started a new life and tried to make the best of things.

Apple Thing turned out to be diced apples, warm and stewed in sauce that I think was composed almost entirely of butter and cinnamon. I had a bowlful of apple thing, swimming in butter, and topped with a crunchy brown sugar topping, also possibly made of butter. And I told myself it's practically a salad.

Dinner over, it was time to suit up and hit the snowmobiles again. This time in the dark to find the Aurora.

Spoiler alert: we did not see it.

But I still enjoyed the evening. Once again with a snowmobile to myself it was quite thrilling to power along through the snow. Add to that the feeling of driving in the dark, something I love anyway as it feels like being in a bubble; a cocoon of your own headlights that extends only as far as your beams will reach. Into my bubble came snow and pine trees and the whispering hush and swish which vanished underneath the grumble of my engine. The forest tumbled past and I pressed on into the night, enjoying the sensation, feeling the heat from the handles pouring into my gloves and scanning the winter wonderland all around.

It's funny, but I felt sort of invincible in my snow suit. It's so thick that you really are fully encased and no matter what you do, snow just ain’t getting in there. I was warm, content and with my helmet firmly secured around my head and visor down, I felt safe and protected, not just from the cold but from everything.

After almost an hour of driving, we pulled up in an open space and hunkered down to scan the sky for telltale flickers of aurora. 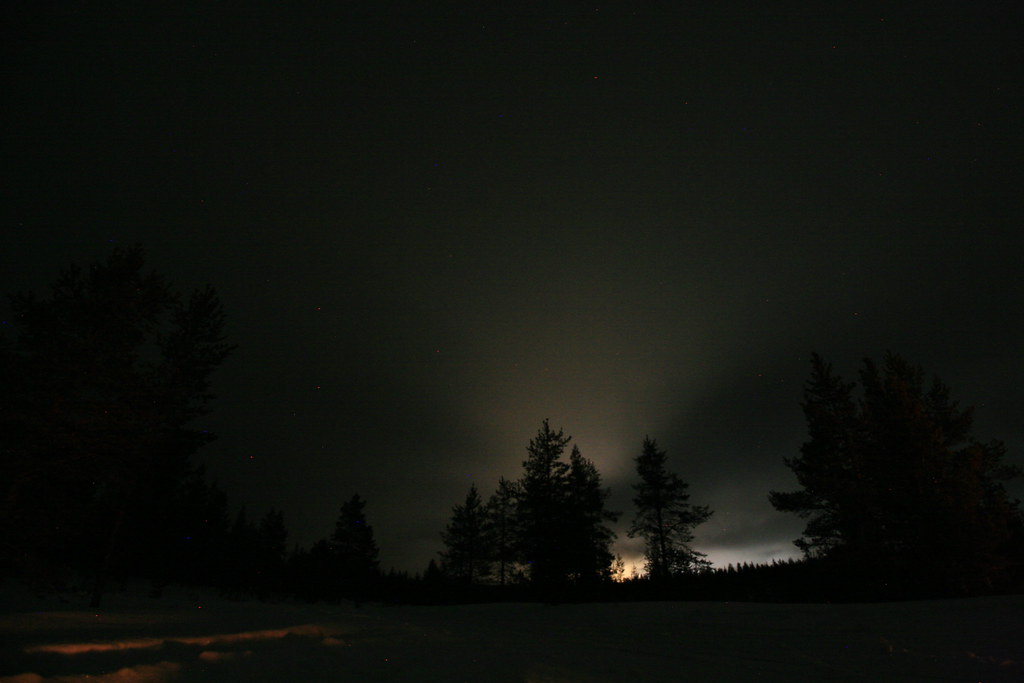 I bonded with another chap over shutter speeds and ISOs as we dutifully set up our cameras ready to capture even the slightest drop of action. Most of the group gathered around an ice pit where our lovely guide lit a fire and made everyone hot berry juice and cookies. I could get used to this.

In my impenetrable snowsuit, I could lie flat in the snow and fiddle with my camera, my little tripod and my remote shutter release to my heart's content. I am forced to admit, however, that once again my fingers got cold. But that may be because I took off my gloves to fiddle with my camera and then used my bare hands to shove snow out of the way. I'm starting to suspect that in this instance, correlation may imply causation. #mathsfacts

With camera ready, we sat and waited. But nothing came.

A guide did bring us hot berry juice from the fire which was lovely. I had two cups as there was a spare and it was delicious and warming. And he brought us a cookie too. They were yummy.

I'm not sure how long we were there but just as it started to snow, the guide said we had to go back. I felt a bit miffed as I think I could have put up with my (self-inflicted) bitingly cold fingers for another hour. But I packed up my camera, realised I had dropped my gloves in the snow which didn't do the warmth of my hands any favours and decided to switch the hand warmers on my snowmobile to maximum.

We rode back through the snow. With my visor flipped down and wrapped safely in my snowsuit of happiness, my fingers soon regained life. The falling snow, which simply fluttered down when we were still, seemed to barrel towards us in streaks as we drove. I got the distinct impression that I was jumping into hyperspace in Star Wars. Cool.

The drive back seemed all too quick, and this may well have been my last chance to snowmobile.

My goodness I love it.

Looking at the kilometre-meter (what's the metric equivalent of a mileometer? Something to think about next time I'm in a sauna) as we returned to the lodge, I discovered we'd done a round trip of about 17km. Not bad going for a night-driving, snowmobiling rookie!

Bed time followed. Or more accurately, tea and journaling time (when did you think this gets written??) and then second-cuppa in bed time.

P.S. I would love to go back to this part of the world; it ended up not really mattering that I didn't catch the Aurora.  The whole place was alive with beauty.
Posted by Miss Smith at 06:30