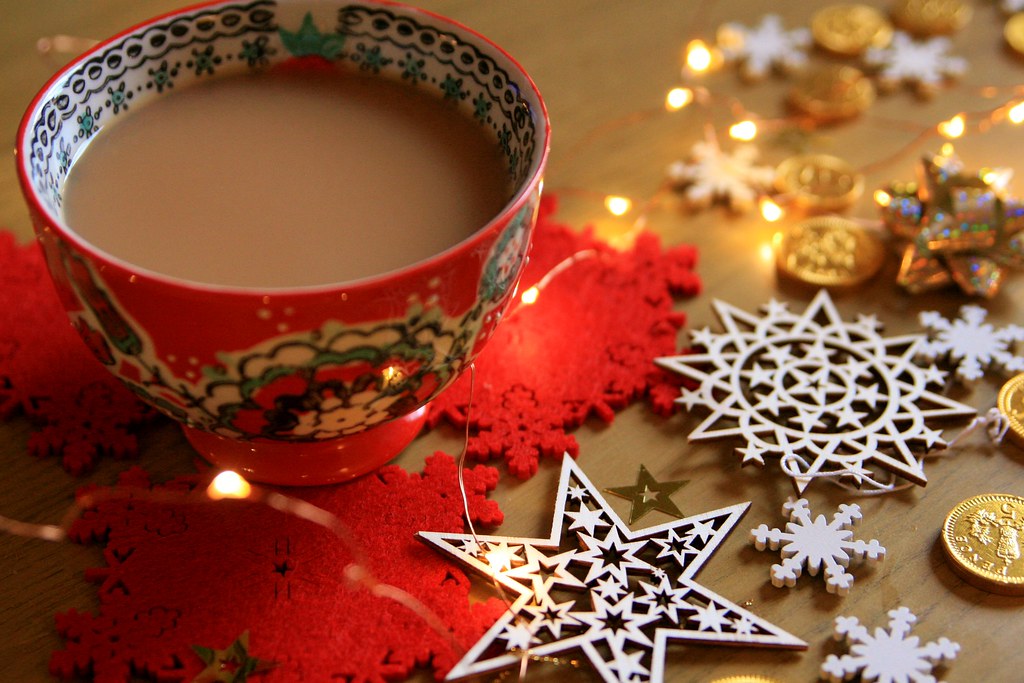 Tea.  In my opinion, you can't beat it. A cup of tea is always welcome in winter to warm you through. It's cosy and soothing, it can energise and entertain and I find it's always gratefully received. I love that so many Christmas blends are available at this time of year as it makes my tea extra festive. I have taken delivery of a number of delicious brews from Bluebird Tea Co and I have spent many happy moments sipping on flavours such as Christmas Cake, Snowball (a coconutty, chocolatey blend complete with little marshmallows) and Gingerbread Chai. Not to mention fruit infusions such as Mulled Cider, or the delectable berry-filled Mrs Claus' Prosecco!

Today I thought I would share some of the photos I've taken as a rep for Bluebird Tea Co; I have loved getting out my camera and arranging Christmassy shots. And I also thought that I might take this little space over a cup of tea to share a few Christmassy goings-on and have a bit of a catch up, while getting a few memories down. Most of these memories don't have pictures to go with them. And most of these pictures don't have stories to go with them (beyond: seriously, this is good tea). But a cup of tea is often in my hand or by my side whether I'm dashing down a corridor at school or twirling into the night in the city, or settling down under a blanket at home. So it makes sense to me to post these together now.

Thus I bring you: Christmas antics and cups of tea. 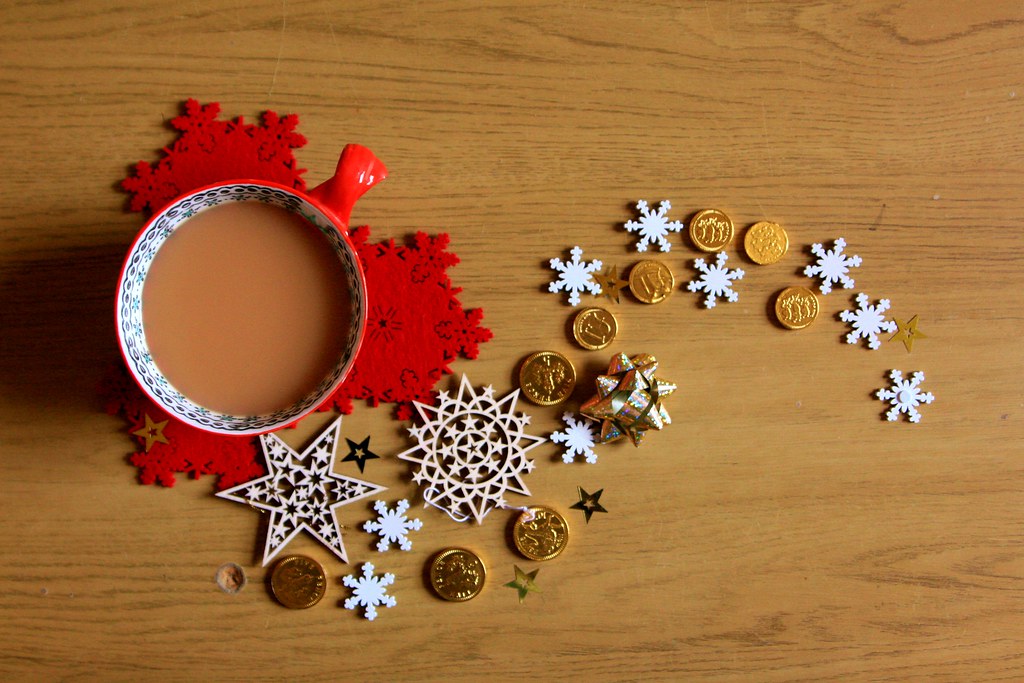 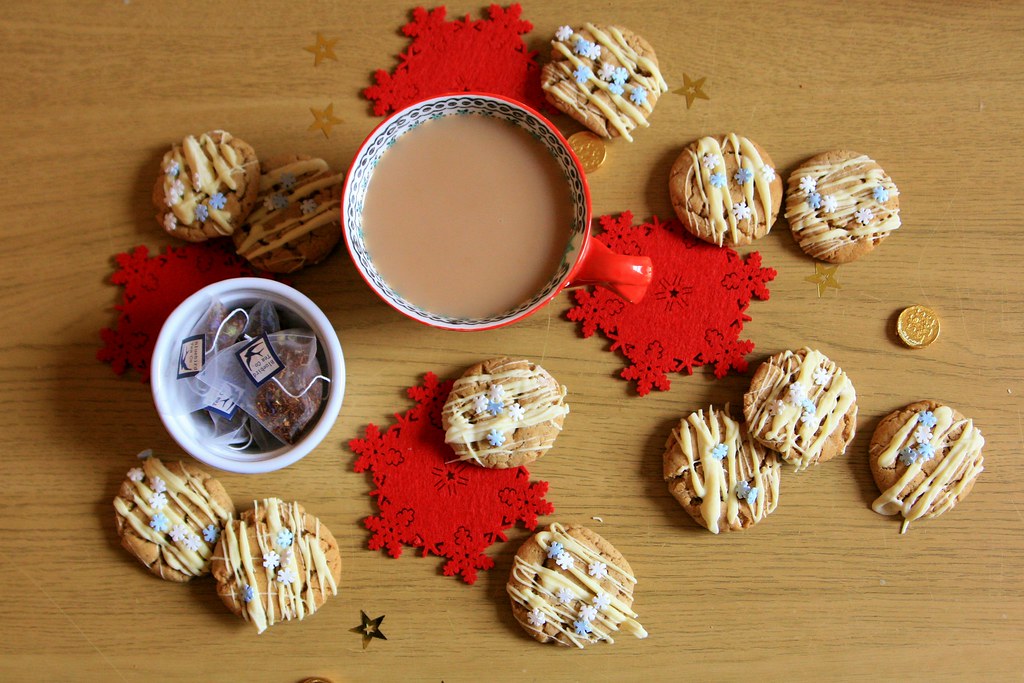 One of the most Christmassy days in the school year is the annual school tea party. We spend the day preparing hampers for elderly residents in the local area, and the girls bring in donations of food and festive treats. I love to put some Christmas tunes on and we dance around the classroom (a science lab, in our case), wrapping the items, packing them into boxes and making them look as pretty as possible, curling the ends of ribbon and signing cards. I take treats along for the girls as well (a bit of chocolate adds a lot of festive spirit I find) and the results were really quite lovely.

After that, the old folks are collected from their residences by pupils (and escorted by staff, just to be on the safe side!) and we throw a tea party: sandwiches and cakes and scones, music and singing, decorations and a panto put on by Year 7 where each form performs a different scene.  It's chaotic and marvellous and everybody has a lovely time.  Then we take the guests home again afterwards with a hamper and as much good cheer as we can muster.

The mulled wine and mince pies for the staff don't hurt either, in the aftermath. I had 7 mince pies, because I'm losing my touch (one year I had nine). They are mini ones though. There was some discussion among the maths department afterwards about how many mini mince pies constitute a full mince pie. Debating whether we should measure by volume or cross-section or, which was my vote, mass (mince pies notoriously being not of constant density), we concluded that probably about 4 mini mince pies makes a full one.  So I barely had anything.

Which was good as afterwards, we went out for our maths department Christmas meal at Skylon, which was delicious and full of maths bants. Because maths is the coolest department. 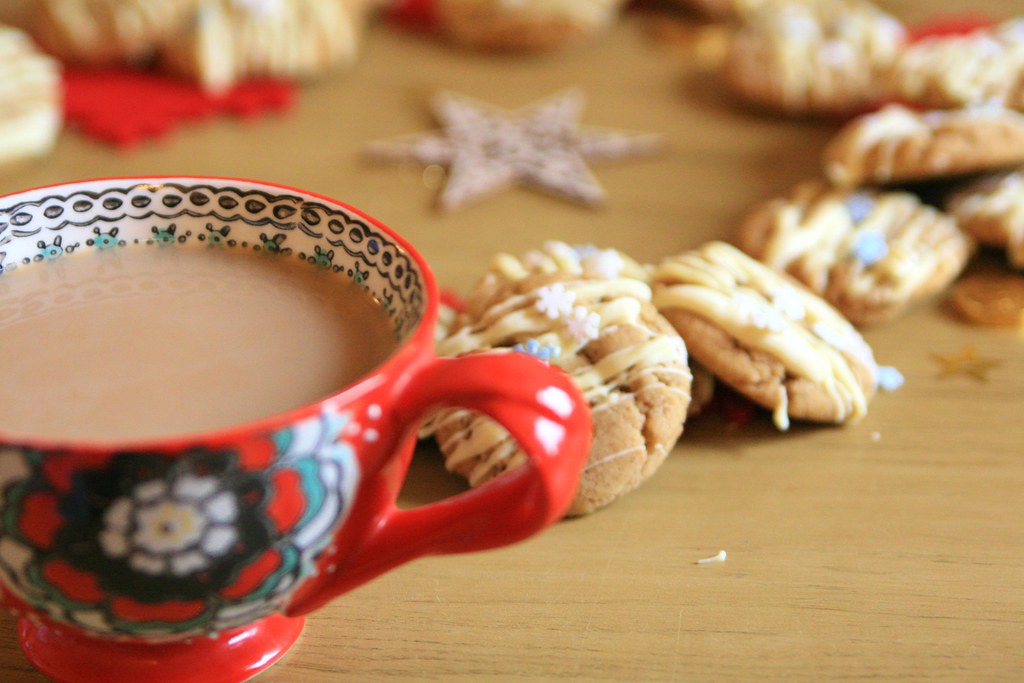 Tuesday evening saw me venturing into centre of our fair city of London to meet friends for a quick bite and a theatre jaunt. We arrived at Whole Foods, having established there was a cafe there where we could grab a quick sandwich.  Instead we found a little mecca of grab-and-go food including delicious, piping hot pizza slices, cups of tea, fruit juices and a delicious peanut-butter-and-chocolate krispie slice. So good I bought a second one for the theatre.

Because as soon as we had finished chowing down, it was time to hop, skip and jump over to the Picadilly theatre to see Austentacious: an improvised regency drama based on audience suggestions for the names of missing Jane Austen novels. We ended up with a regency drama entitled "We Need to Talk About Emma" which was excellent, and gave us some very memorable giggles! 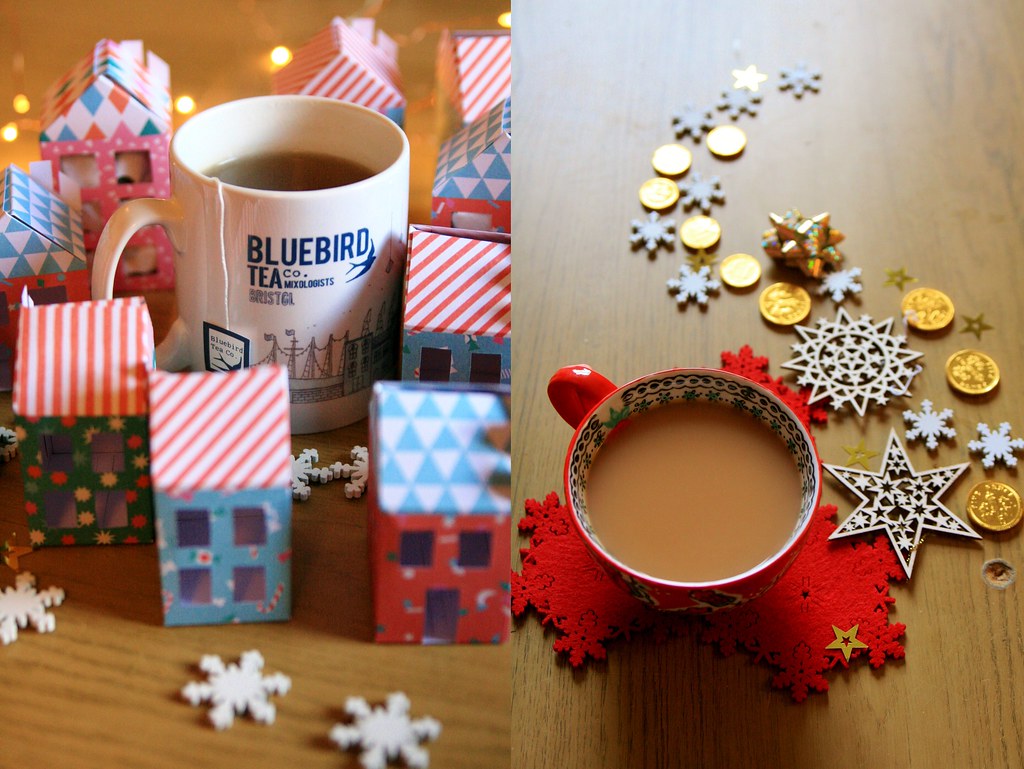 Sunday night the other weekend, I pottered over to the eastern side of London for a mystery evening out. Which turned out to be a delicious meal at the much-anticipated Homeslice Pizza. Homeslice is reputed to make some of the best pizza in London: super thin crusts baked to perfection, fresh and varied toppings lavishing delicious flavour onto each slice. They also make the largest pizzas in London. But sadly they don't take bookings, and so not wishing to stand in line for hours after a long day of work, I had never been.

However, my lovely date had managed to book us in for an all-you-can-eat event (already a winner) where the staff whipped pizza after pizza from the huge, flaming ovens and circled the room with htem, handing out slices to hungry patrons. Each pizza that wafted its way over was different: we had lamb, artichoke and sour cream, ricotta and butternut squash, BBQ pulled beef with chilli oil, a delectable, perfect margarita with fresh basil, chorizo and tomato, salami... I managed to put away 9 slices before admitting defeat, each slice being too large to fit on the plate and having to drape over the end.  I got it everywhere, hands coated in pizza, and an enormous grin of satisfaction plastered across my face.  The company was good too ;) 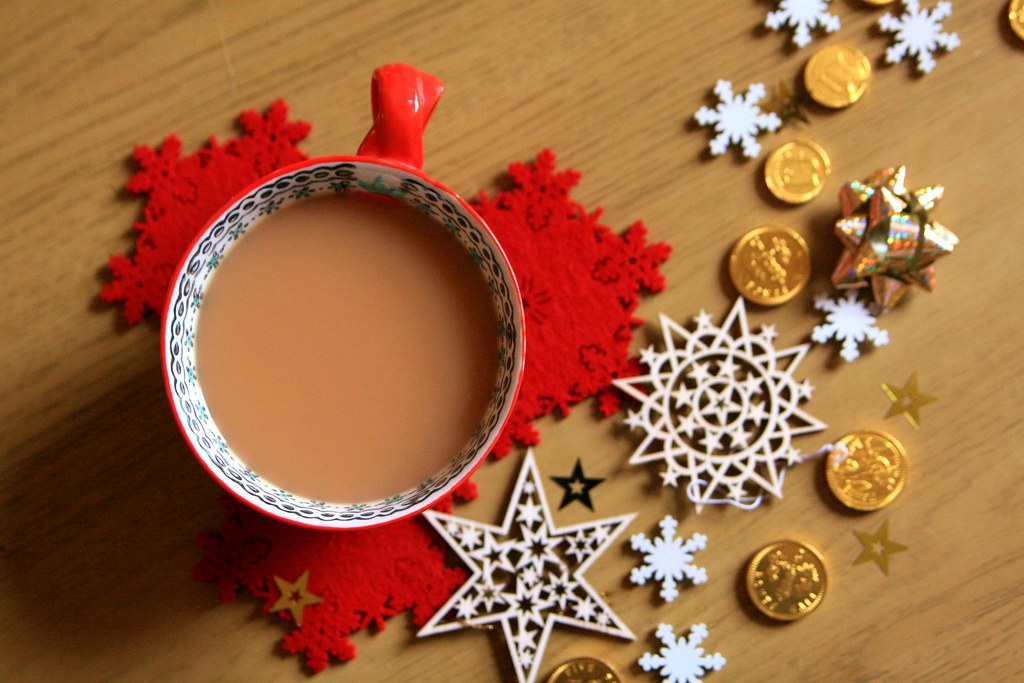 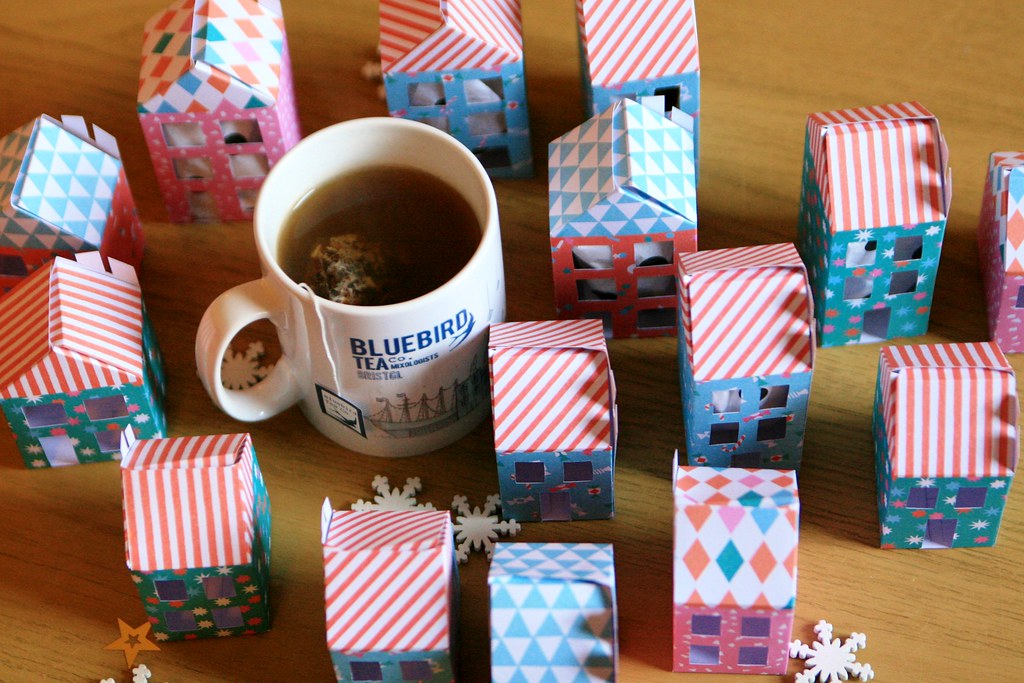 My first Christmassy night which really kicked off the festive season for me was the evening towards the end of November when a few friends popped round to the flat for an evening in.  We had intended to watch a film, but that never really happened is it quickly became the sort of evening where it was more fun to chat and catch up and laugh and we didn't really require an input of entertainment.  This amuses me somewhat, as my initial reasons for having the evening were 2-fold: firstly I wanted to bake and consume a Camembert, and secondly, I wanted to watch Love Actually. But as one friend refused point-blank to partake of Love Actually, we considered other options and then ended up watching nothing.

Except a Youtube video about how to extract the DNA from strawberries which was a revelation to some us, but apparently not to the friend with a PhD in sciencey genetics and stuff. Mind blown.

When explaining this to an A-level class the next day, they were similarly unimpressed, as they were doing that in their Biology lessons. At least I learned something.

But science aside, it was such a pleasure to have a night in with good company, lots of nibbles and drinks and some really quality time with friends. 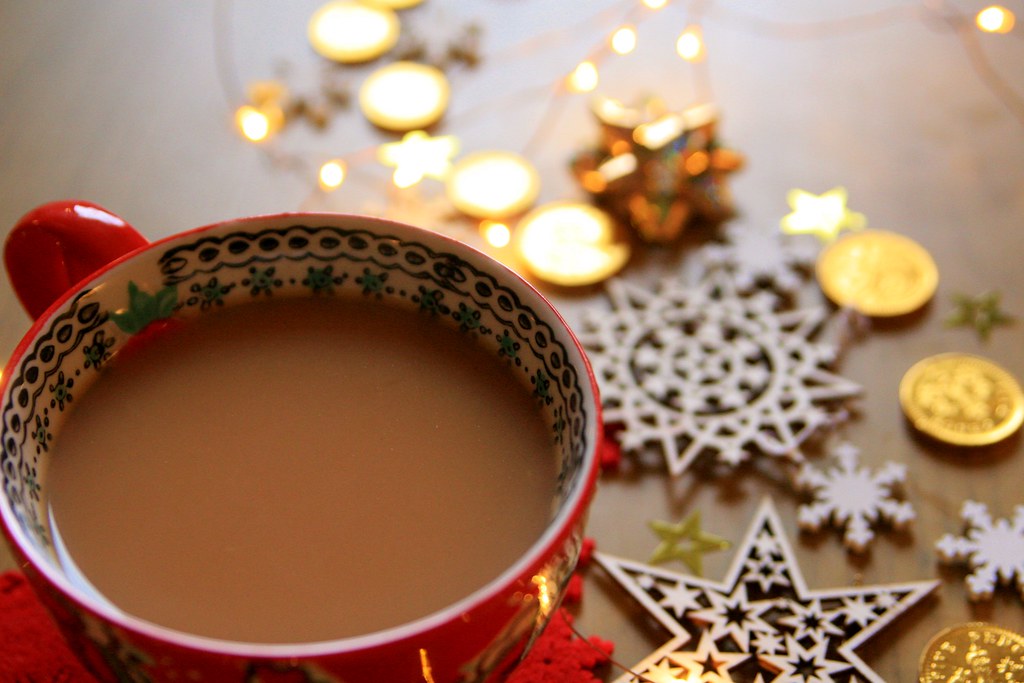 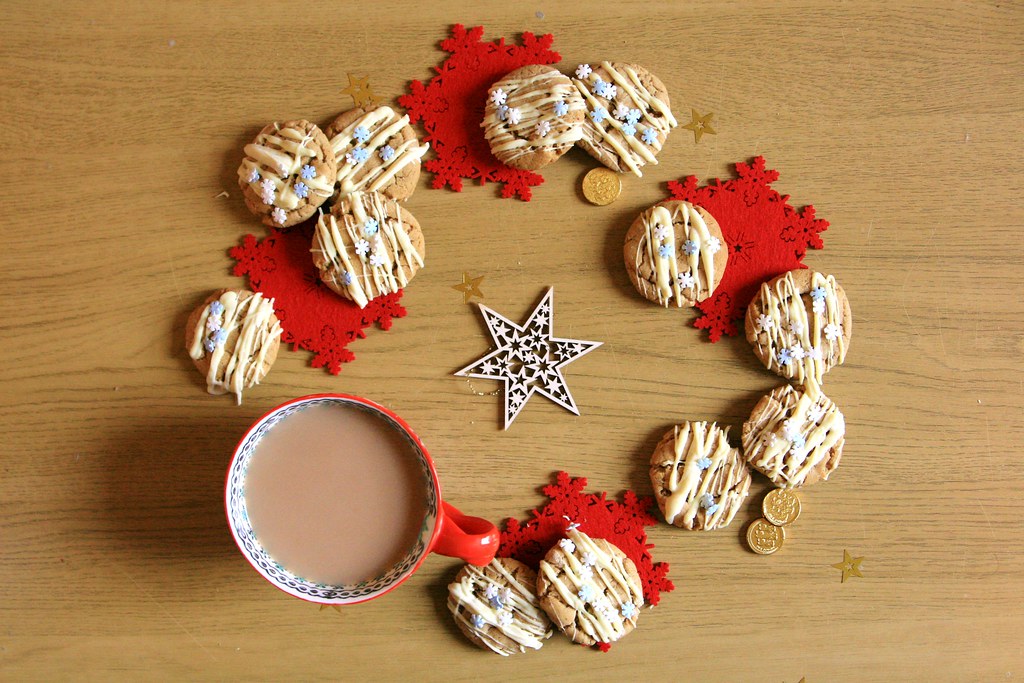 Monday last week was another lovely adventure into town, this time to meet with a friend who was popping into London for the day. We met at the Science museum to check out the Maths gallery (well worth a visit if you're in the area, and totally free) and perused the equipment and exhibits with glee. The museums close at six, and while we didn't have to be forcibly ejected, a lady did come into the maths gallery and tell us off for lingering.  So we scuttled into town to meet the rest of the gang for cocktails.

We went to a place that was new to me called 'Opium'.  Squirreled away in Chinatown, its the sort of place you would never find unless you knew it was there and we hurried inside and up the stairs to find a wonderful bar and restaurant with low lighting and little booths tucked away perfect for merriment and gossip. They have a drinks menu which features cocktails related to the animal of the Chinese year of your birth and we opted for different ones regardless of age. Each one came in a mug shaped like the animal in question, and sipping on my dragon was extremely delicious.  It also seemed like a good idea to order a toffee apple sour as well, which definitely helped with the good cheer. A couple of rounds of dim sum and prawn crackers soaked up enough of the drink to steady us before we headed back down stairs in search of dinner.

Dinner took the form of a visit to Tibits, a vegetarian restaurant behind Region street where you fill your plate with anything you like from the counters and then pay by the weight of the food you have served yourself.  There were so many options it was hard to choose and I quickly filled my plate.  And then, frankly, I quickly emptied it. Tibits produced some really lovely food and it was a great choice for a group; they even provided us with Christmas crackers which were a hit! Another great evening spent catching up with the gang before Christmas. 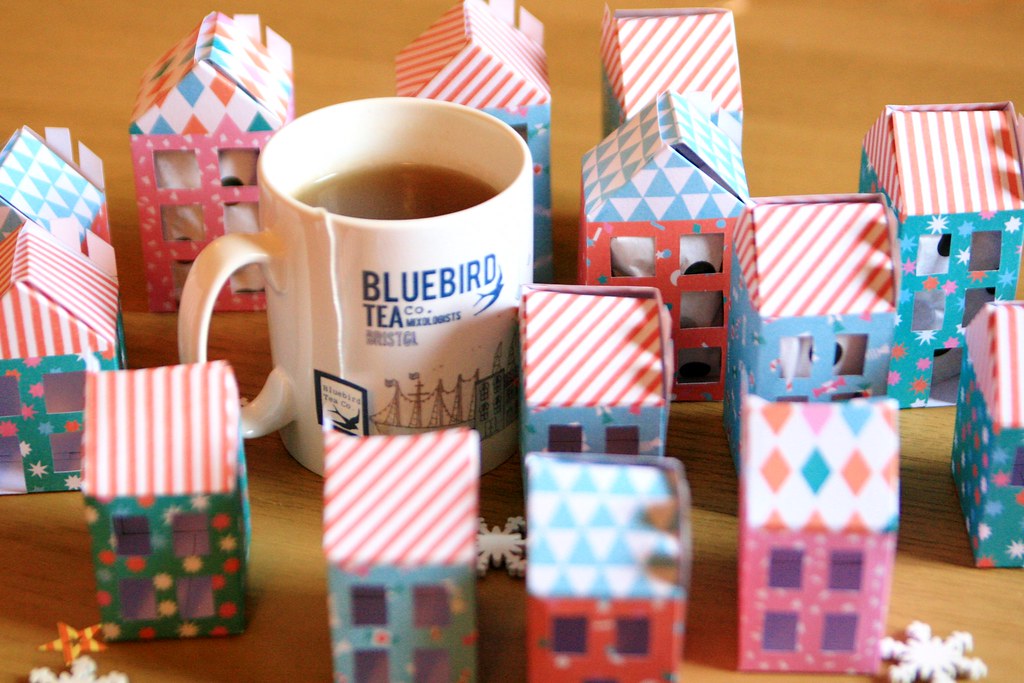 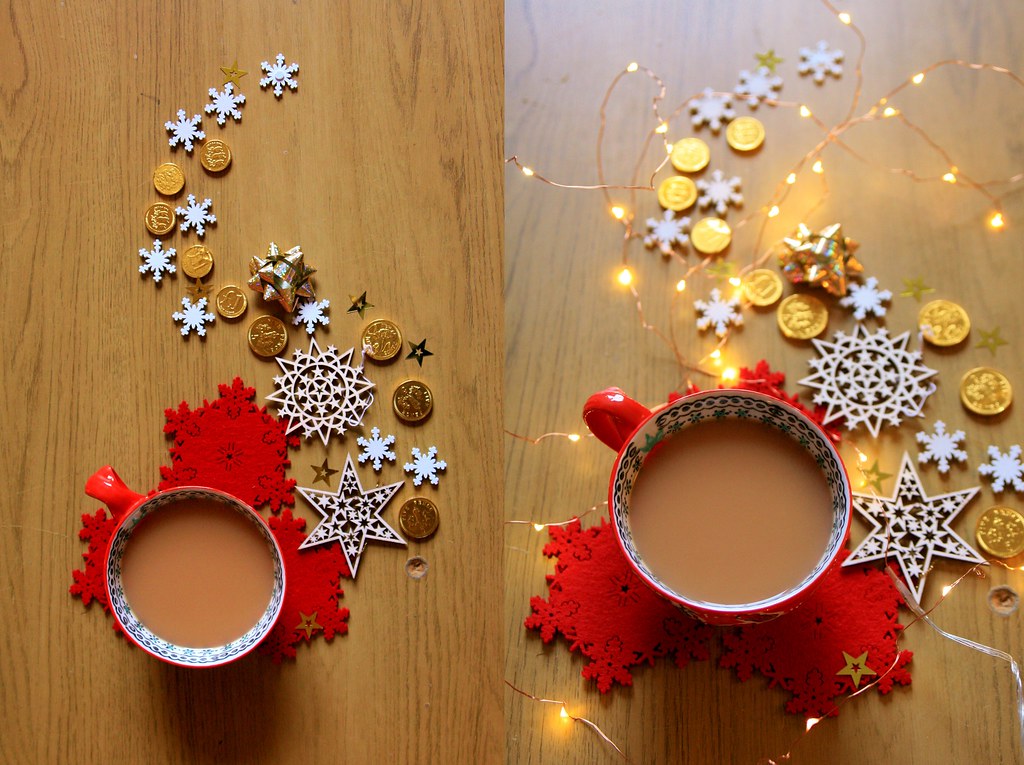 That's the end of my cup of tea for now, and so I'll put the pause button on the tales of Christmas antics. Suffice to say there are more for another blog post: a wonderful house party for a belated birthday, Christmas cake making with the Guides, visiting Father Christmas with the Rainbows and a snow-covered trip to Hogwarts. But that's an adventure for another cup of tea.

P.S. This post is part of a series I'm writing throughout December in response to Shimelle's scrapbooking class, Journal Your Christmas. By blogging each day, I hope to savour each and every lovely moment of the most wonderful time of the year, and have some great memories to look back on.

P.P.S. As I happen to be a tea rep for Bluebird Tea Co, you can use my super special discount code to get 20% off your first order.  Just enter CURIOUSTEABIRD07 when you check out.
Posted by Miss Smith at 06:30