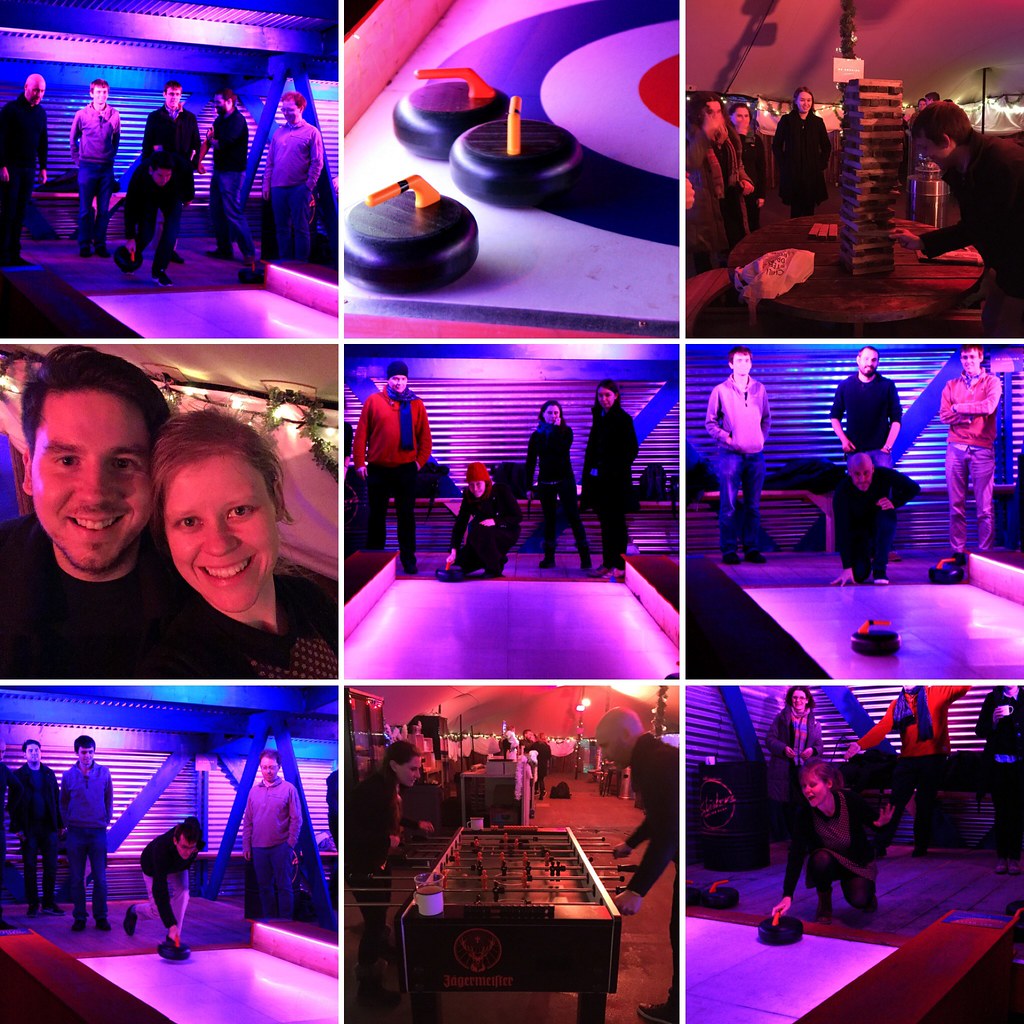 My first thought when I think about Christmas isn't necessarily winter sports. However, when I found out that Roof East was hosting a pop-up curling game, I messaged everyone I could think of asking them to come and play with me. A wise ploy, and there was definitely more than little curiosity about how curling worked. I think all any of us knew was that there was a fair amount of sweeping involved, but a quick peruse of the website FAQ told us that they could explain to us how to play when we arrived. Problem solved. 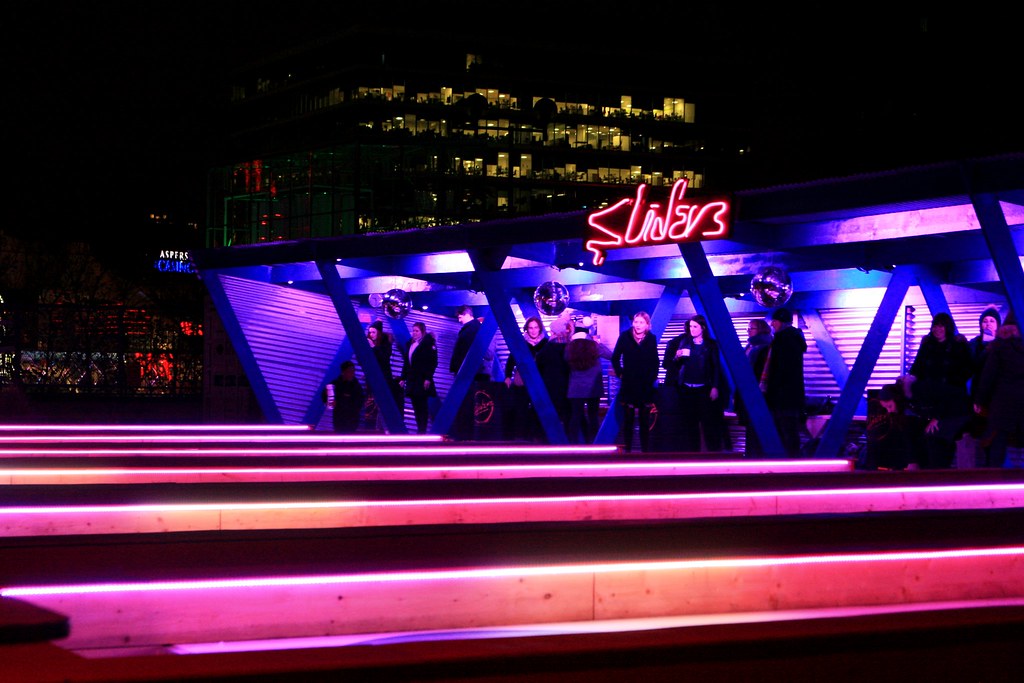 I should acknowledge from the start that actually there wasn't any real ice, which I suppose is fair for a hipster rooftop location at the top of a car park in east London. But no ice meant no little brushes and no hilarious sweeping which was a little bit disappointing.  However, we had been for dinner prior to curling, we were bundled up against the cold and the bar was serving hot mulled cider which certainly kept the mood buoyant. 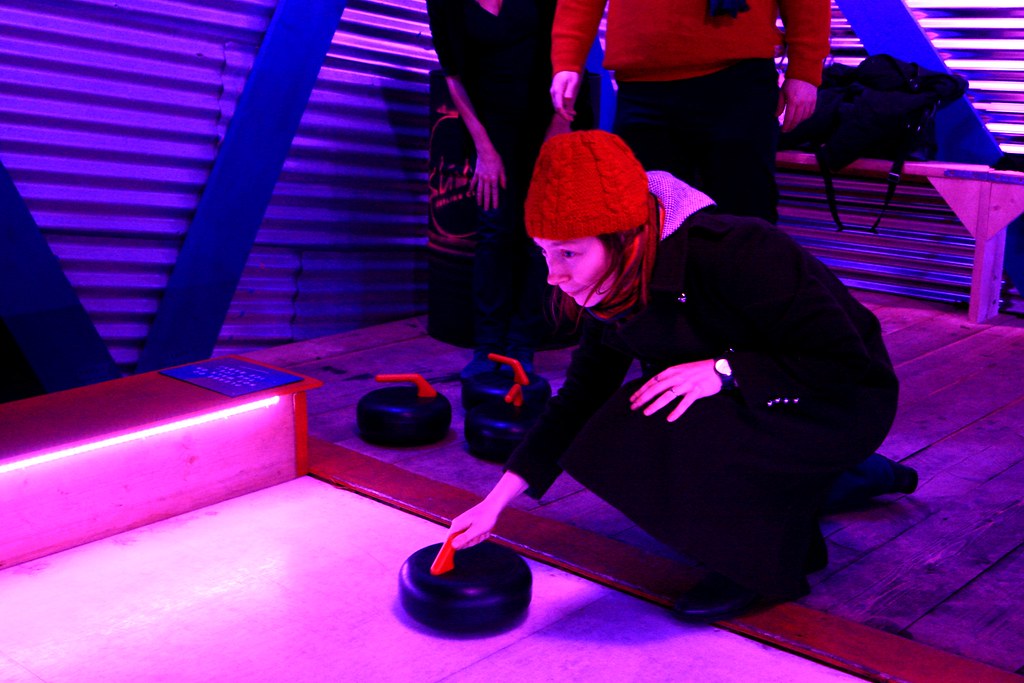 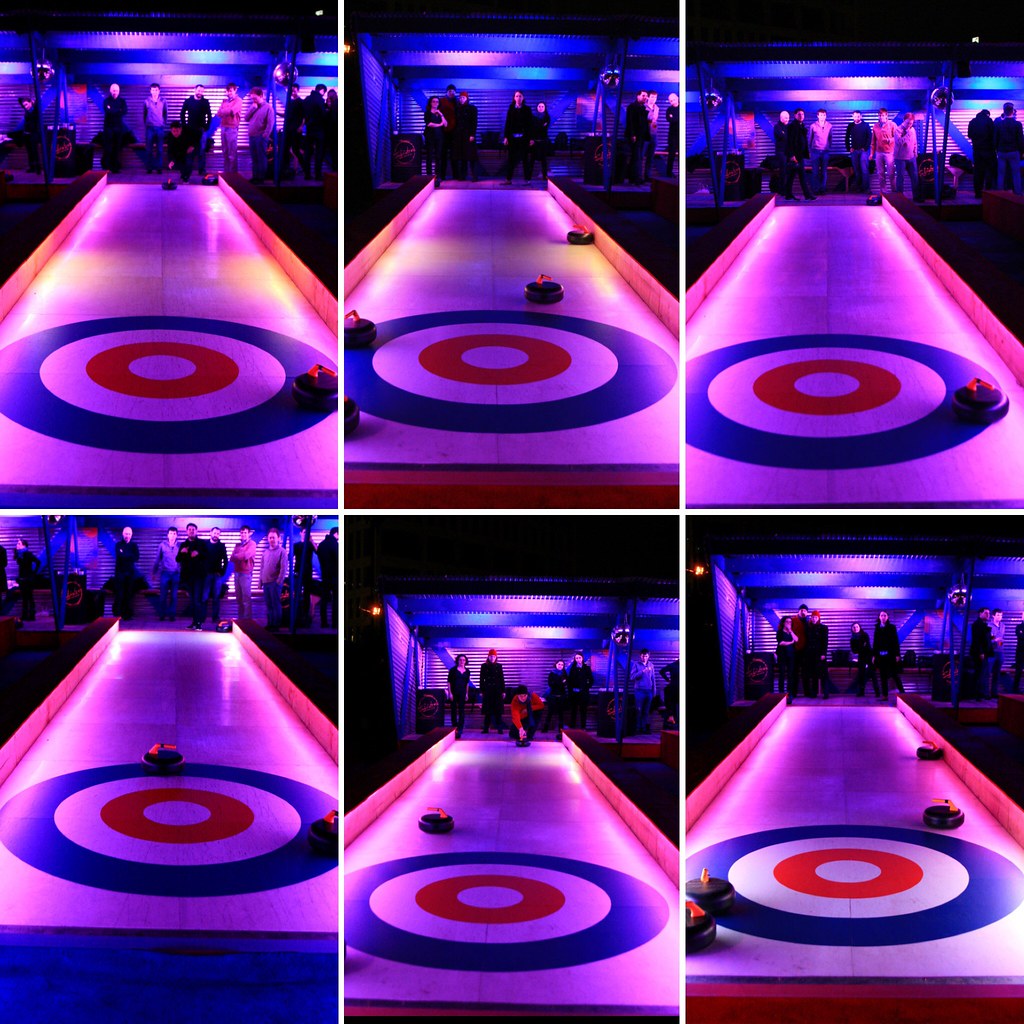 A little bit of light drizzle failed to put us off and we were soon engaged in a couple of very competitive games of curling. We played 4 to a side, taking it in turns to slide the stones down the lanes.  It was a bit like bowling; the main difference was that instead of falling in the gutter, you could quite easily scoot your stone all the way along the lane to fall off the end.

The stones (which are not called kettles, despite misconceptions among some nameless players) ran on little wheels and propelled along quite rapidly so it took us a little while to get the feel of thing. That accomplished, things turned competitive, with players cheerfully sacrificing stones over the edge of the abyss in a bid to drag others down with them. 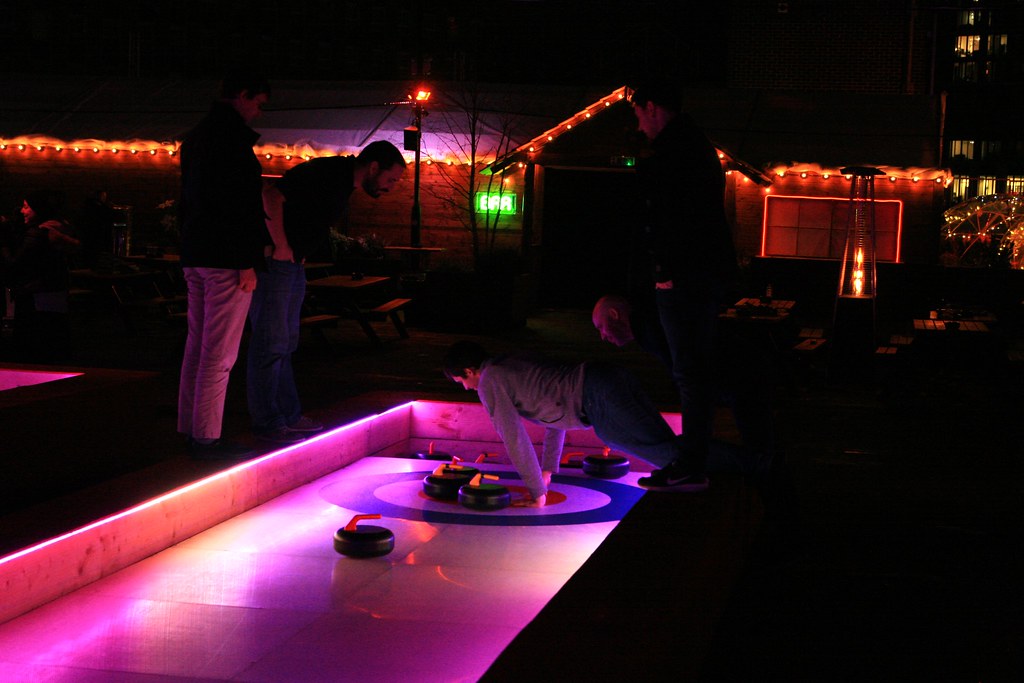 The scores were always worth a cheery dispute. 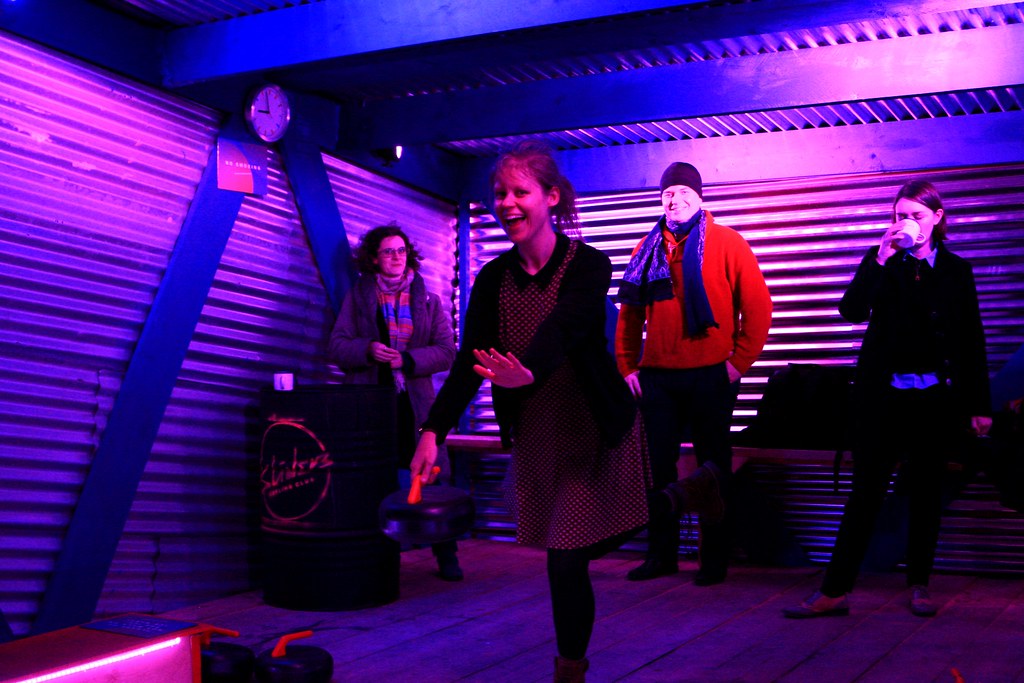 And some of us look pretty fantastic curling, if I say so myself. 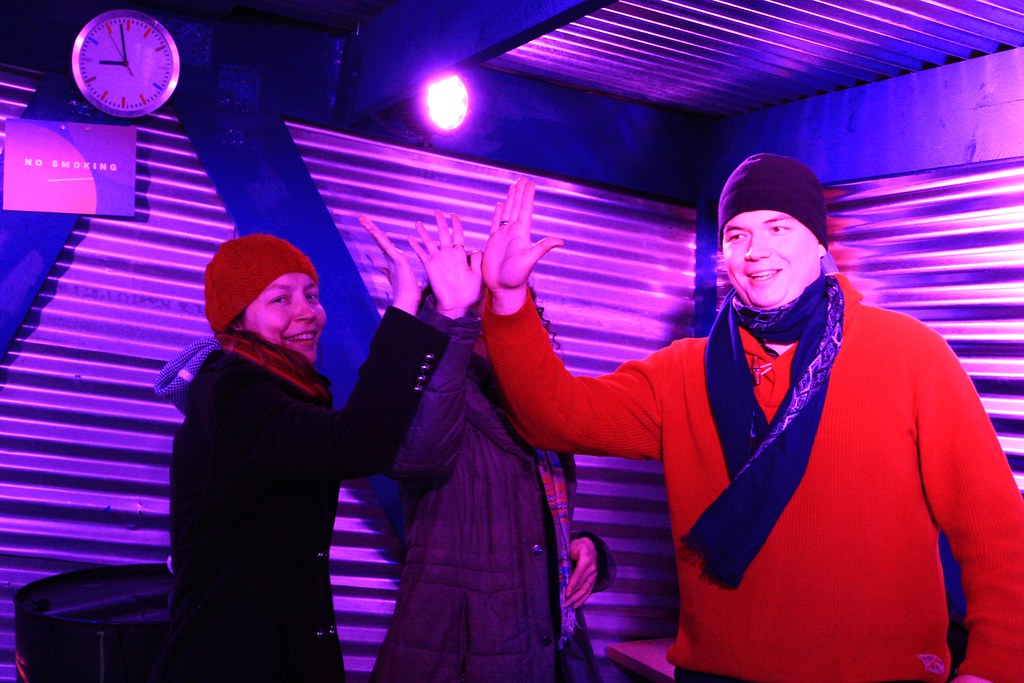 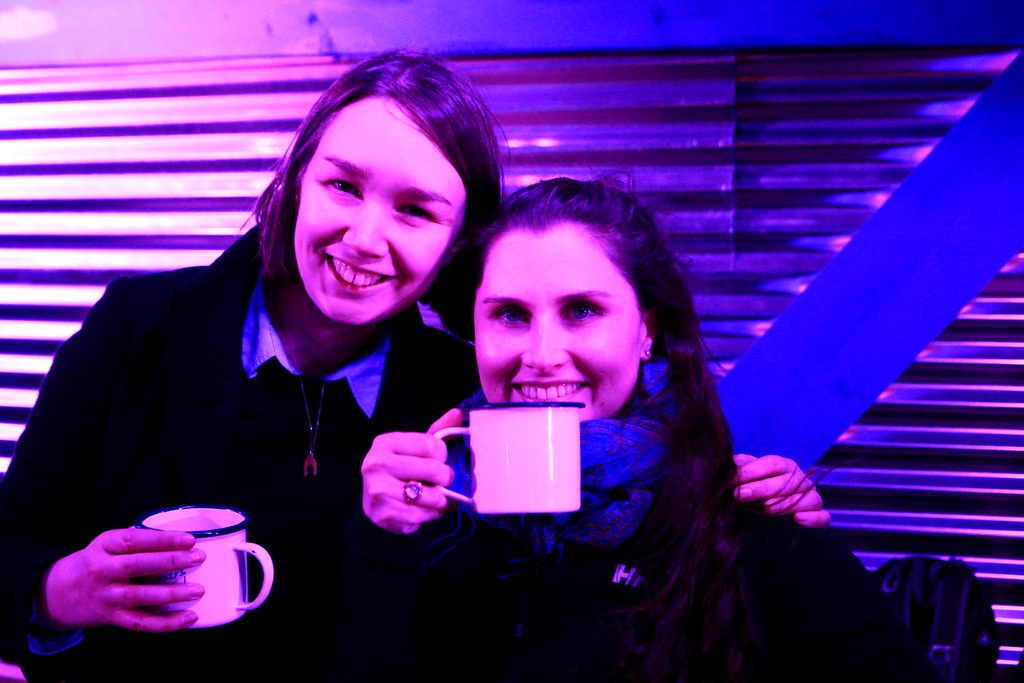 My team understood that friendship was more important than winning which is why we invested our efforts into dancing along to the music, having mulled cider and being good sports when the other team inexplicably beat us.

With games played, losers lost and winners won it was time to tally up the scores. My time scored an epic two points across all games.  I don't want to drag my team's name through the mud, but it was me that scored both of those.  It's hard to win when you've got to carry your teammates (I'm looking at you, Liz and Tori). 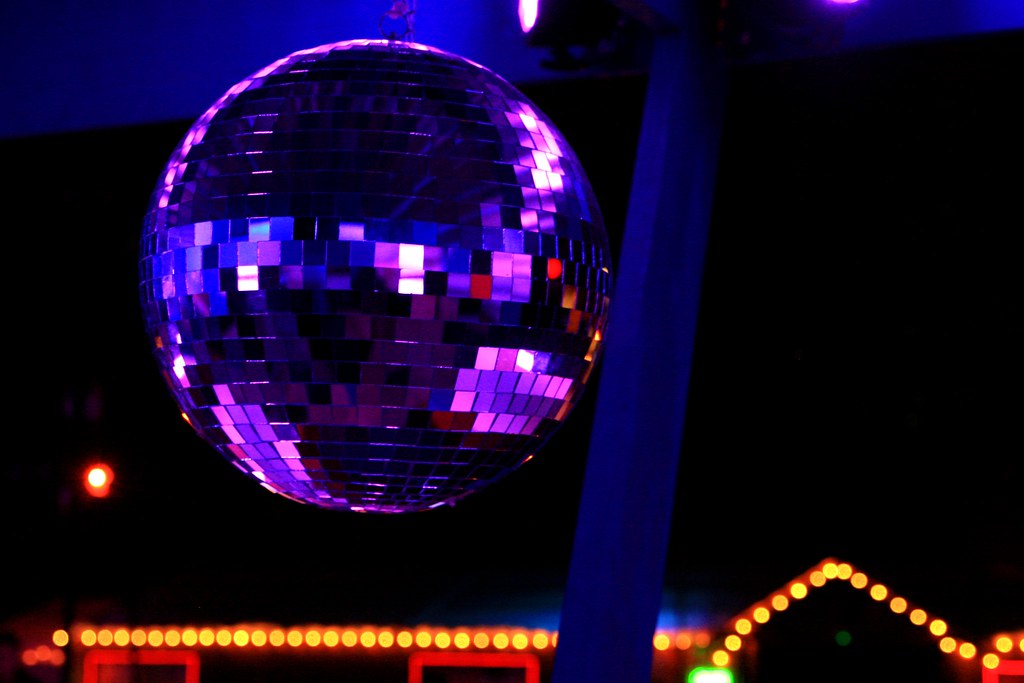 It turns out that the target in curling really has nothing to do with the score. You do aim for the middle of it, but points are not awarded for accuracy, just for beating the other team.  So even if you slide off to the side, as long as you're in a better position than your opponents are, you're going to get just as many points as if you'd hit the middle bang on. 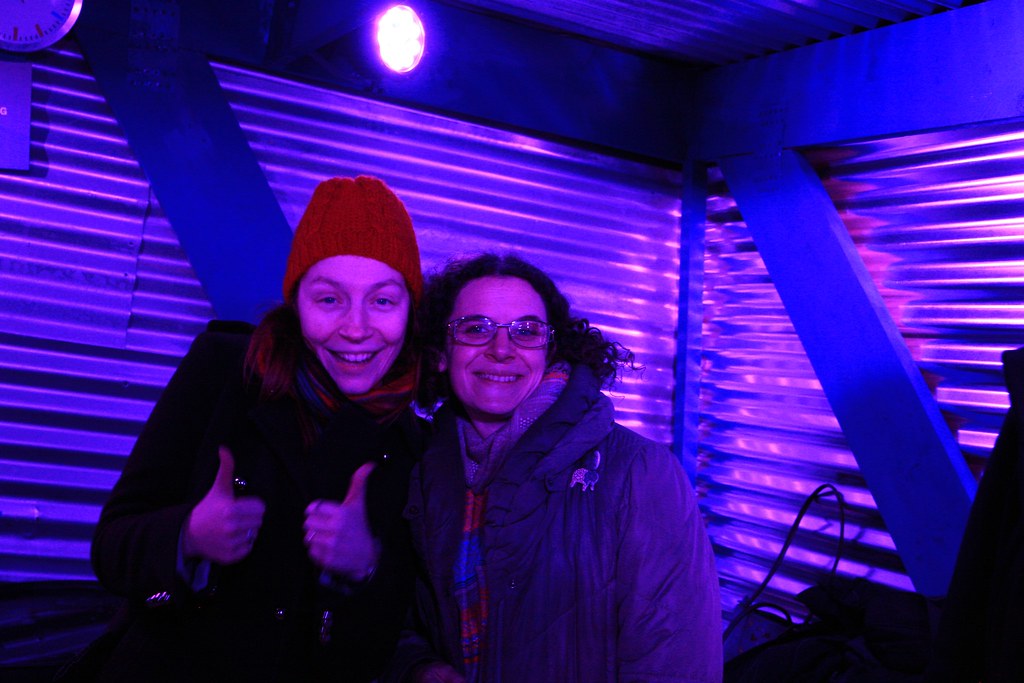 All that energetic sport gave us quite the appetite, so there was only one logical place to head after curling... 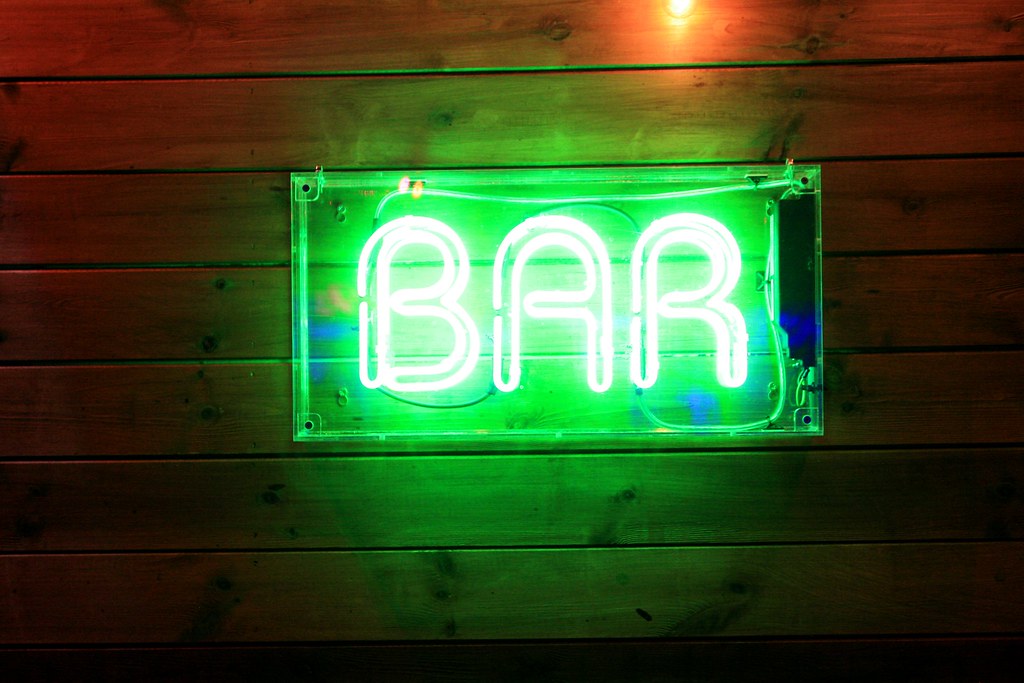 The rooftop marquee held off the rain very effectively, and the inside was kept toasty warm with outdoor heaters, despite the wind' best efforts to cart the whole lot over the side of the roof.  More mulled wine and cider we definitely in order, and we indulged in an unnecessarily tense game of giant Jenga.

And then a doubles tournament of table football (victory tasted pretty sweet on that one). 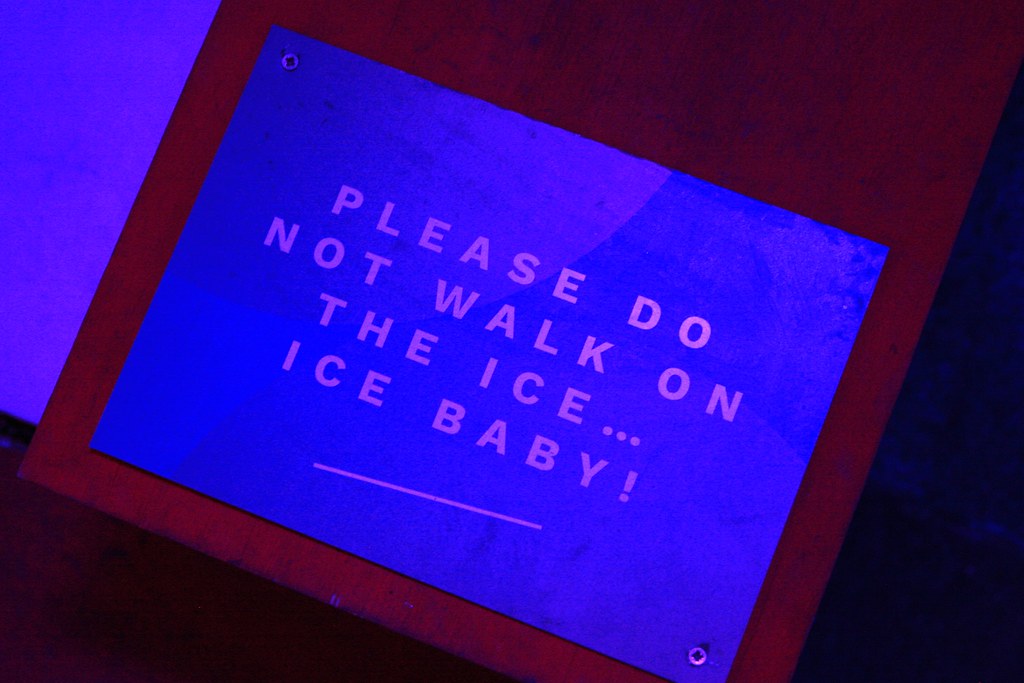 I love big, cheerful evenings out, and it was lovely to try something new and catch up with friends. Here's to winter sport!