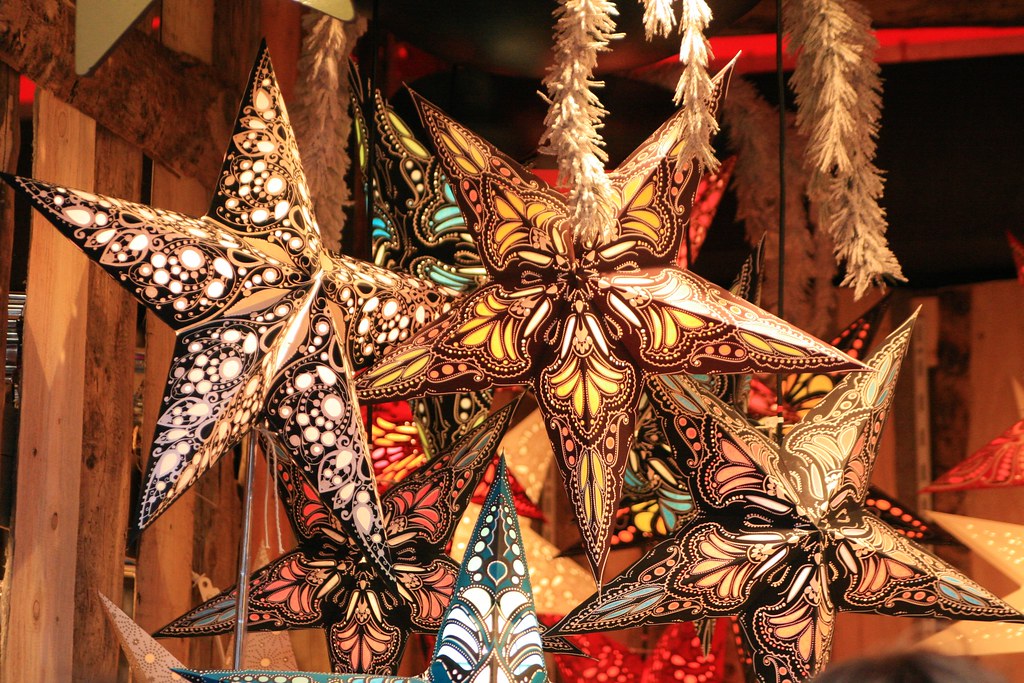 Last December I went to Cologne, fulfilling an ambition to visit a Christmas market on the continent.

This all came about somewhat unexpectedly and I suppose the story starts 3 years ago, while having a weekend briefing for a Girlguiding international project to Cambodia. At that weekend were a number of teams running projects to other countries and we shared meals and would nod hello to one another.

Fast forward to October 2016 and I ran into Debbie, someone I vaguely recognised from that time years ago, at another Girlguiding event: this time we both formed part of the team running LaSERIO, an event which selects girls from across London and the South East to take part in international volunteering projects. Debbie and I sat next to each other at the team meeting, sometime after 11:00pm on a Friday night after a long week at work and a manic evening running activities with hyped-up 16 year-olds. We bonded over the consumption of malteasers and twiglets and thought it highly unfair that we were selecting teenagers who would get to travel to destinations such as Ghana and Mexico while we stayed at home. So we decided that we should go somewhere too. 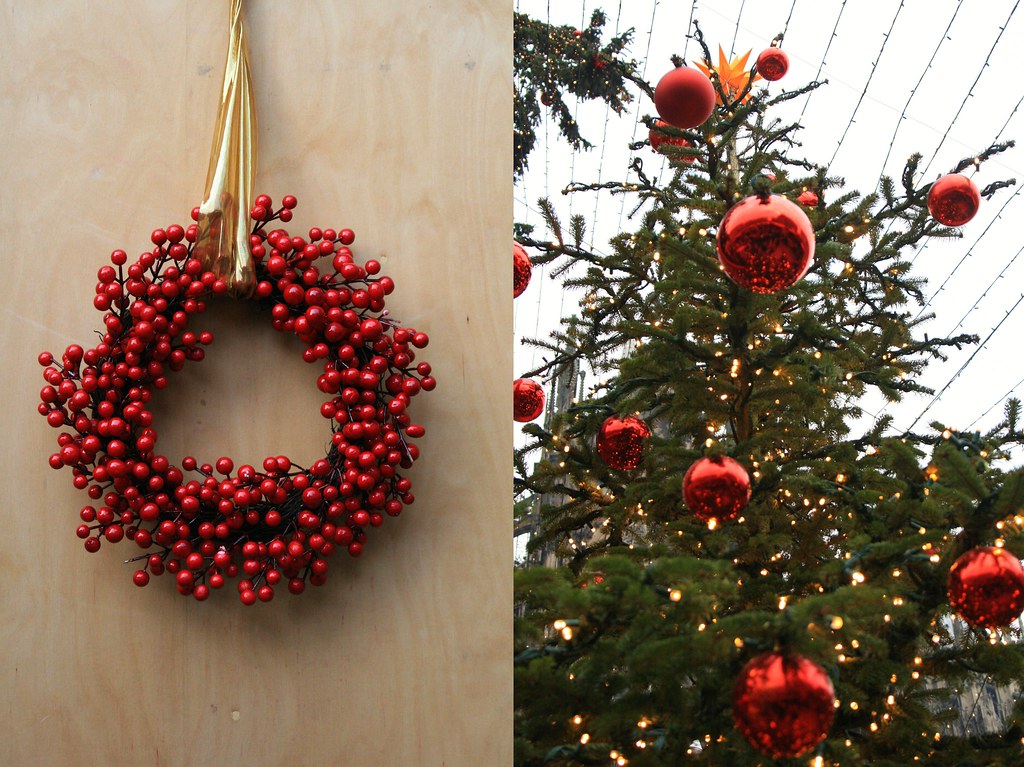 With Christmas appearing on the horizon, I was of the opinion that we should go to Cologne for the markets. A running joke which built throughout the weekend concluded with Debbie discovering that we could get a cheap deal on the train, that we were both free on the same December weekend and that it's only £30 to stay in a city centre hostel. 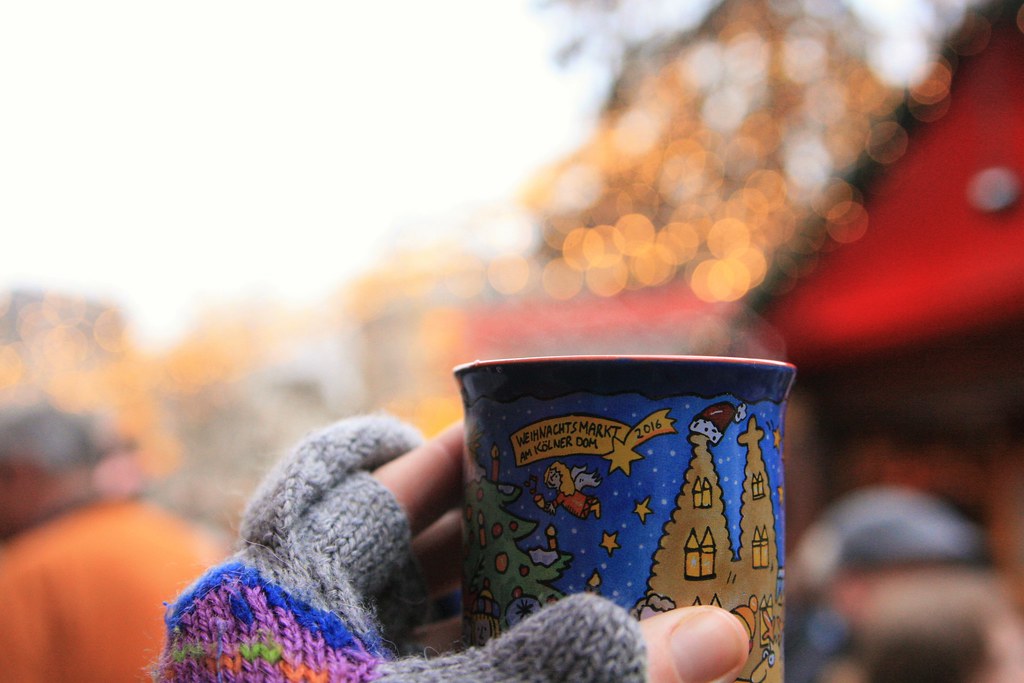 It seemed silly not to go. And so we booked it! The whole weekend came to less than £150 each which seems like a bargain for a pricey European city at peak travelling time, the weekend before Christmas. I'm normally pretty terrible at being spontaneous so it was so exciting to dive in with a new friend and just decide to make it happen!

The lovely thing about travelling with other members of Girlguiding, especially ones involved in international projects, is that even if you go with someone you barely know, you are pretty sure to get on like a house on fire, as you will probably share the same sense of adventure, of get-up-and-go, of looking on the bright side and not needing every creature comfort for a jolly good time to be had by all. And this was certainly the case. 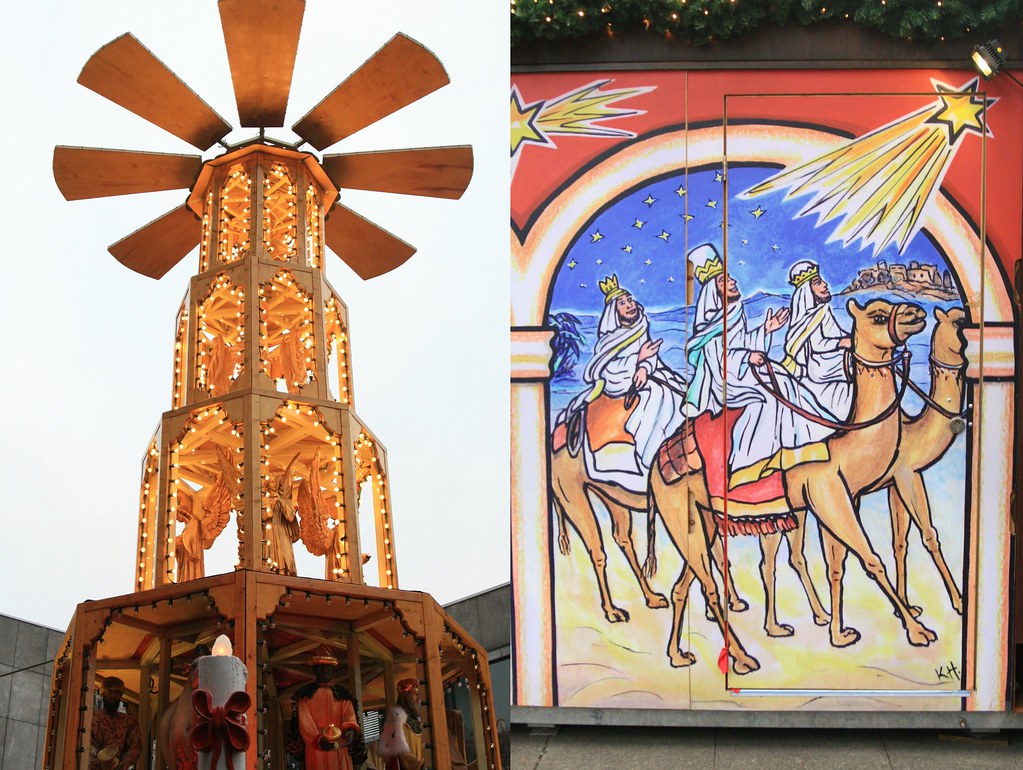 All that was left to do was pack: a kit list of camera and money for gluhwein was agreed, with extra pants being optional if we were feeling classy. It turns out we both were.

We met at St Pancras Station at 6:00am necessitating a 4:00am get up time for us both. But we were quickly through security and indulging in a cup of tea. Nom nom. I love to travel by train, and the journey was a breeze: we had a couple of hours on the Eurostar to Bruxelles-Midi where we changed trains and rode for another couple of hours to Cologne, just in time for lunch. 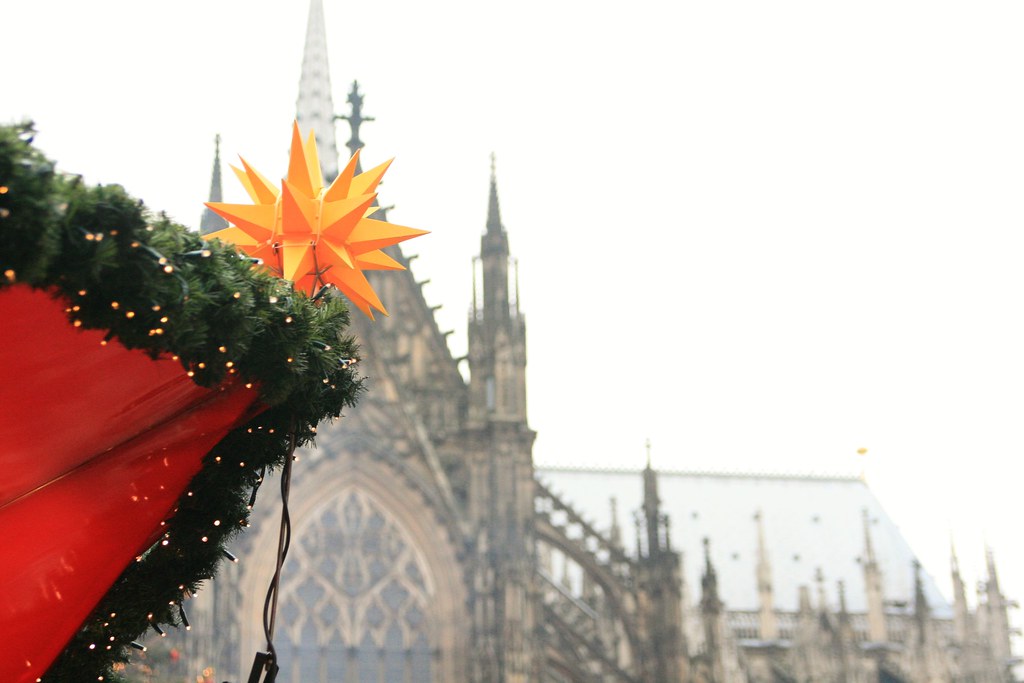 We stumbled out of the station to find ourselves smack under the towering, gothic beauty that is the cathedral and just round the corner from the first of the Christmas markets. After popping to tourist information for a free map (winning!) we advanced on the twinkly lights in search of food and festivities.

Throughout the entire weekend, we pretty much ran at peak Christmas! 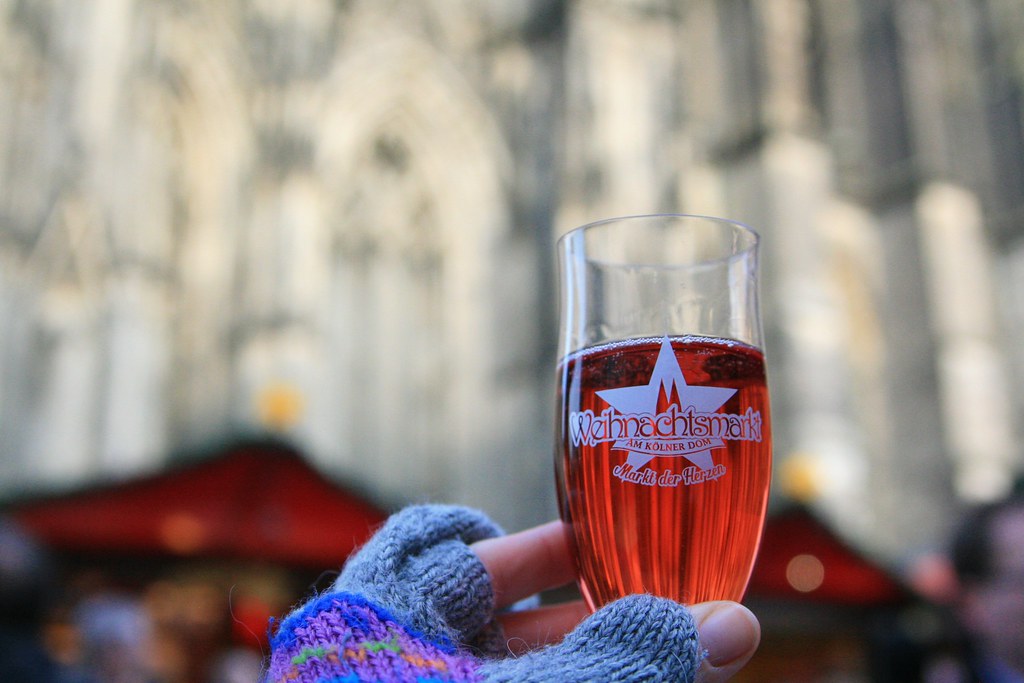 We stepped through the entrance of the Cathedral market, and you could practically inhale Christmas. So we stopped at the first place we saw which was serving drinks and as it was well past midday (taking into account the time difference), we had a lovely glass of Gluhspritz each. It's a sort of sparkling-mulled wine combo: chilled and bubbly but also red and spiced. A toast! 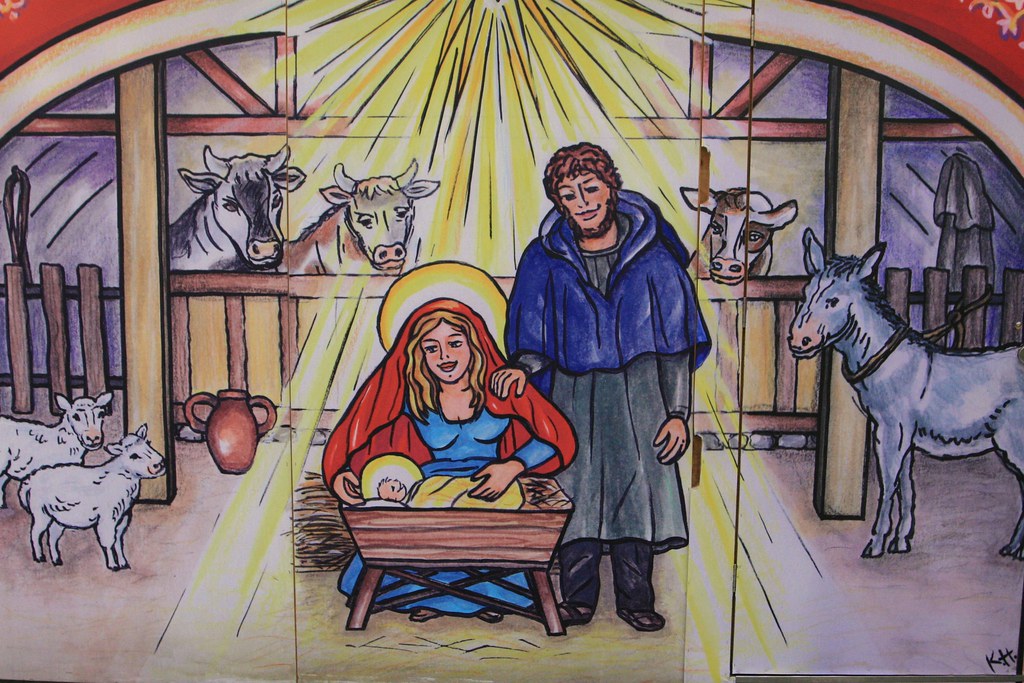 We then looped around and around the market, admiring nativity scenes, getting lost, finding ourselves, and ordering the first currywurst we found which was marvellous and both filled our tummies and soaked up a little bit of wine.

Therefore we had space for more wine, this time opting for the hot version of mulled wine, without the bubbles but fortified with some other liquor (the German language defeating us at this point) but tasting promisingly potent. It was called Feuerzangenbowle and I don't think it's a coincidence that the first part of that word means fire. 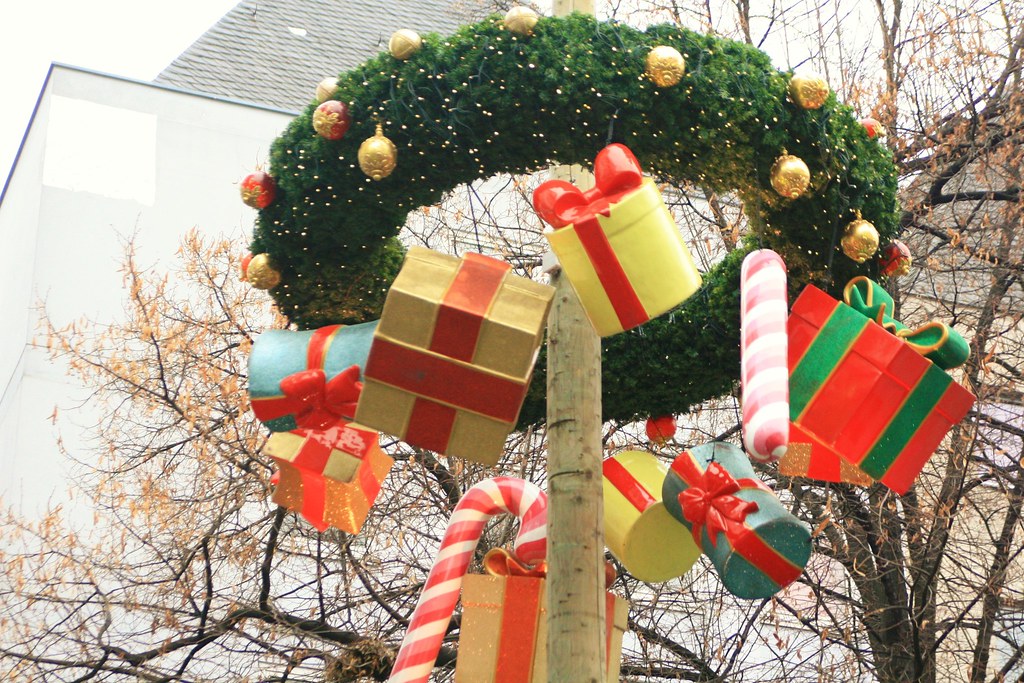 The weather was mild and dry and it was so lovely to be outside among happy crowds, edging around little star-shaped tables to partake of our feast, or squeezing through bustling crowds of happy revellers to peer into stalls and admire their wares.

And then the classic market moment happened: I spotted some food I wanted in the hands of a fellow marketeer. The game was on: I needed to find that particular dish as it held a great deal of promise. 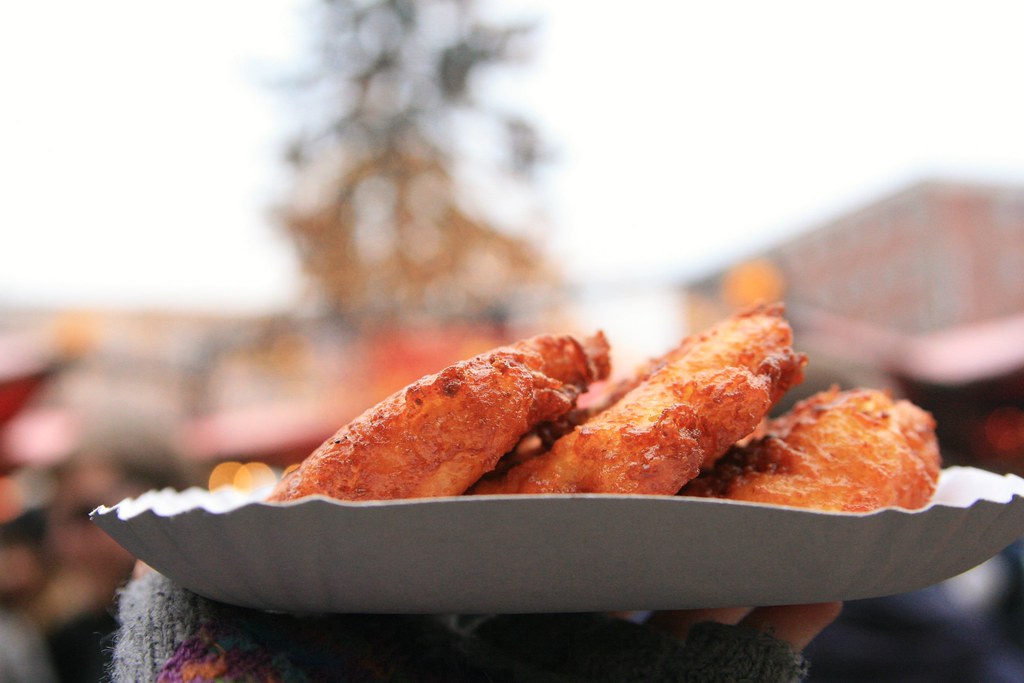 Having clocked that the food must have come from the opposite direction to the one in which said pedestrian was walking, we dove into the market with high expectations. And we weren't disappointed: we found a stall selling wonderful deep-fried potato fritters: a creamy, soft battery mixture of potato and deliciousness, sizzled in oil until encased in a crispy golden shell. And a portion consisted of three of these beauties, each one steaming hot and oh-so-delicious. This for me is the pinnacle of market food! 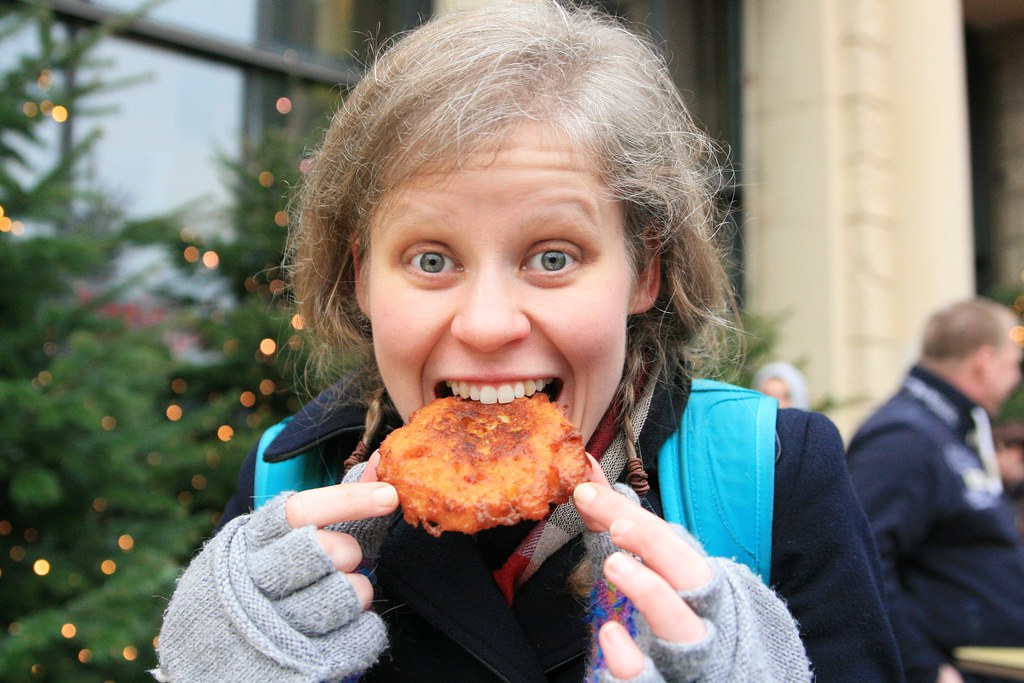 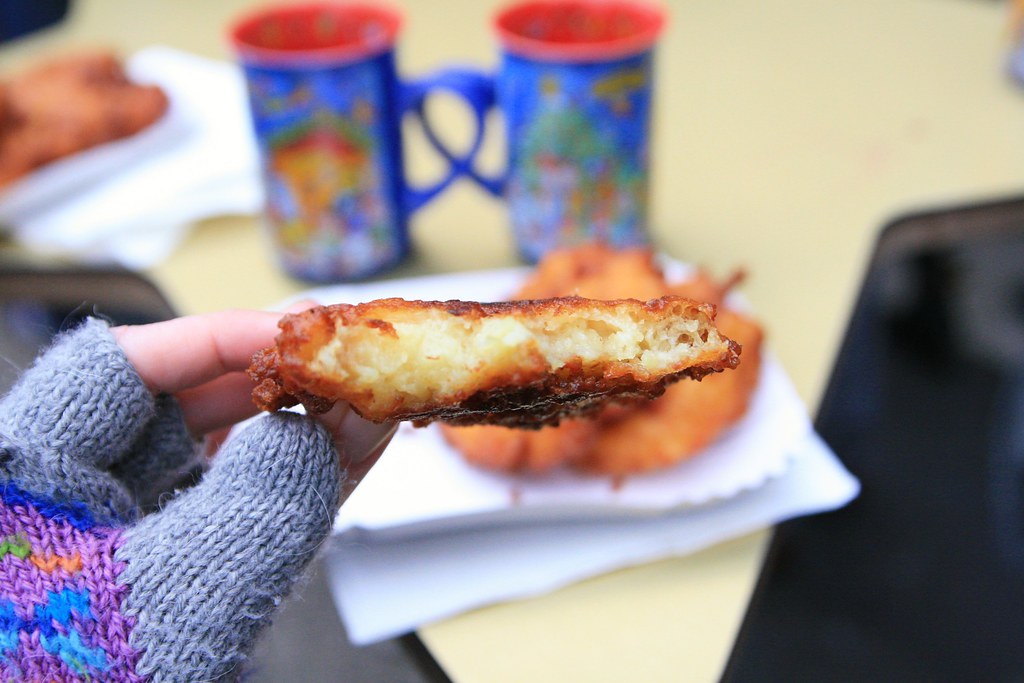 If I could speak German, I think I might had declared my undying love for the potato man right there and then. It’s probably good that I cannot.

Anyway, I cheerfully wolfed down all three, felt satisfyingly stuffed and declared my intention of repeating the experience the next day.

The only challenge was remembering the word for potato. Kerfuffles?

We tottered along to the next market after that, feeling a little bit tipsy as the fire booze soaked in and did its work. I was struck by the atmosphere of Cologne generally. It was busy but without the sense of deflation that often comes with a crowded, grey London day. Everyone seemed perky and happy to be celebrating the season. 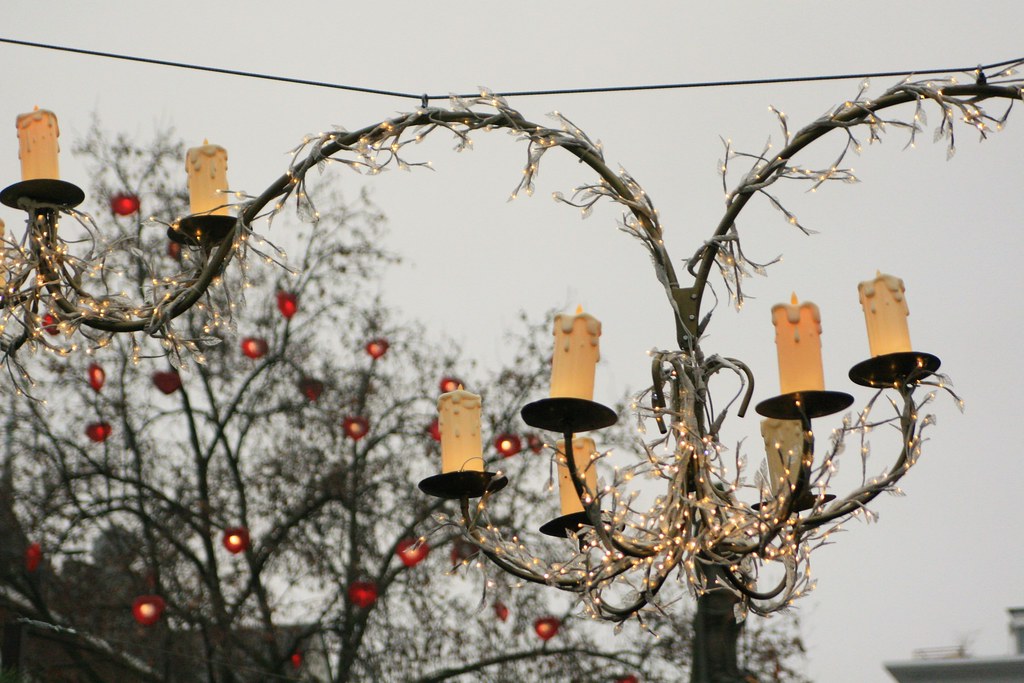 We set off to find the market of angels. It was lovely, different in atmosphere and design, and after the pomp and twinkly grandeur of the Cathedral market, it was charming to weave through darker, wood carved rows, like being in a forest looking for a gingerbread house.

As I had no intention of buying anything, it was nice to browse the gifts and trinkets and wares. I loved the starry lanterns in particular and marvelled at blown-glass Christmas decorations. 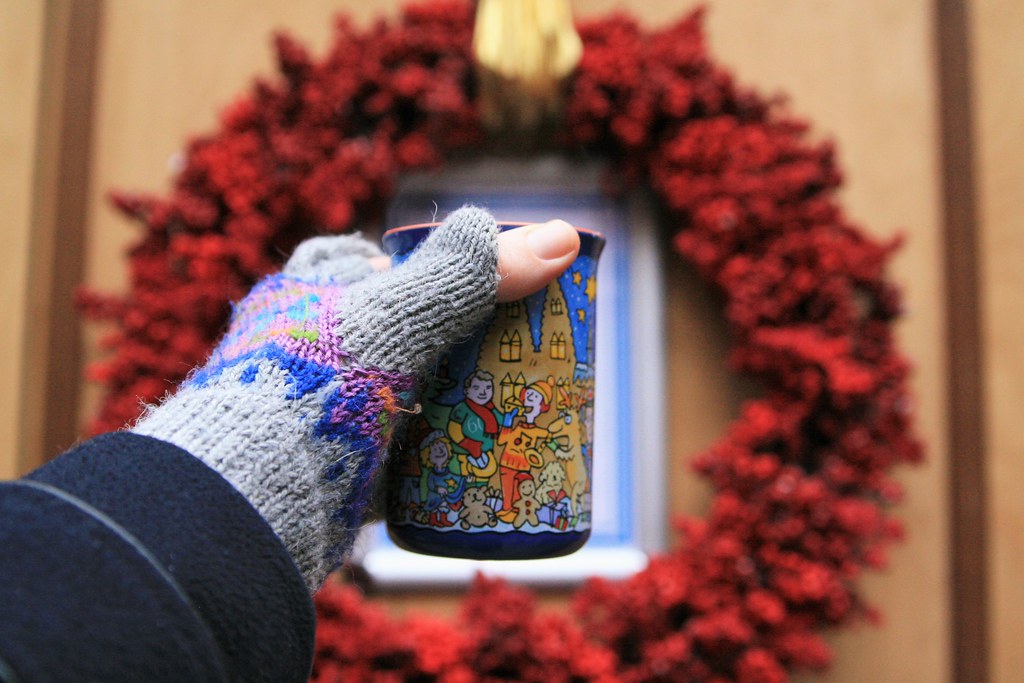 After several hours of excited market meandering, we were in need of a fortifying beverage. But a proper one this time: a cup of tea. So we stopped for a break to sip a brew and pour over our market map, marking our favourite places for a return visit (I’m looking at you, potato vendor).

Batteries recharged, outside the dusk was descending and so we wandered back the way we had come as I was keen to get some after-dark photos of the Cathedral market. We hadn't eaten anything in a long time (time is measured differently in Christmas markets and just because you had two lunches less than three hours ago, doesn't mean you don't need to eat again). 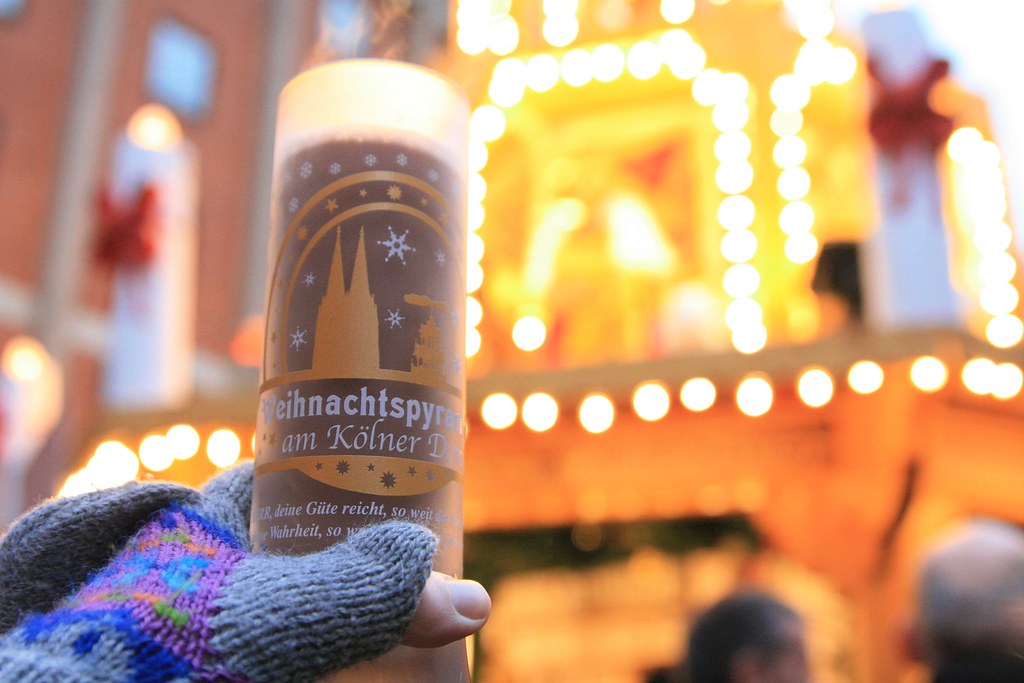 The lightheaded pangs of hunger were soon remedied however by stopping at a little market along the way in search of the steadying properties of a boozey hot chocolate. I cannot describe how good that tasted: warming right through with the heated tang of unknown liqueur made mysterious by a language barrier. And so creamy.

We made it back to the Cathedral market and it was simply magical in the dark. But that's another story for another day...