Notes from a Travel Journal: Breakfast in Copenhagen 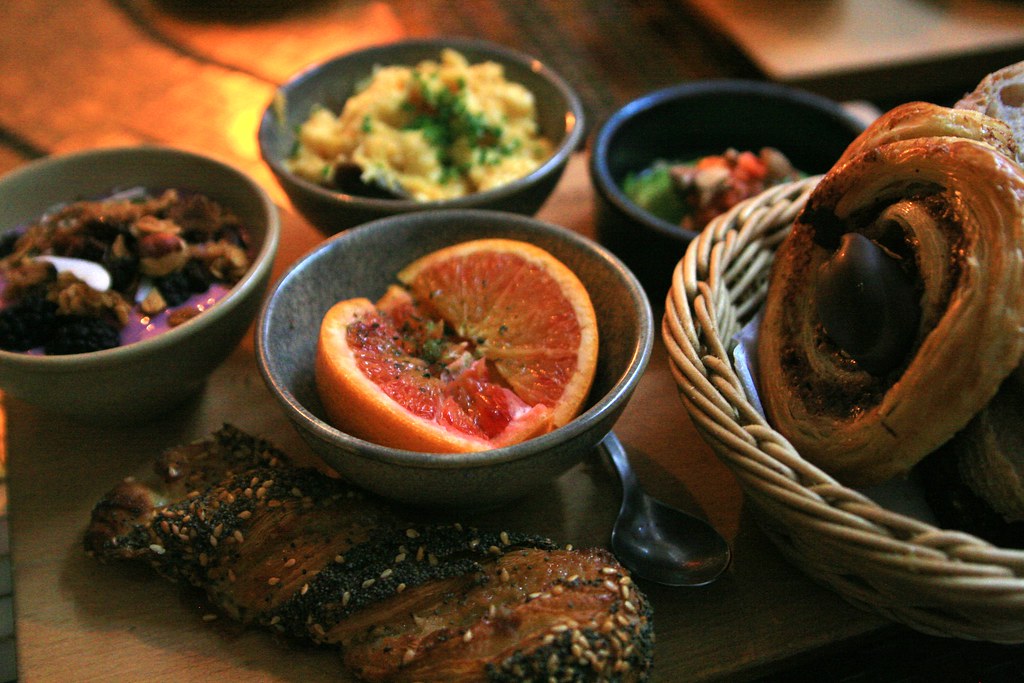 Way back in January, I spent a lovely weekend in Copenhagen with friend and maths department colleague Wendy. Our plans were simple: to explore as much of the city as we could in just a weekend, to take all of the photos and to eat all of the food.  So today's travel journal entry deals with the latter as I'm going to share with you one of the most delicious breakfasts I have ever had...

We got up specially early to catch a bus to Mad and Kaffe, uber-popular, instagrammable brunch joint. I’d read that if you weren’t there as it opened, you should expect to queue and indeed when we arrived, we found a few other punters waiting outside. 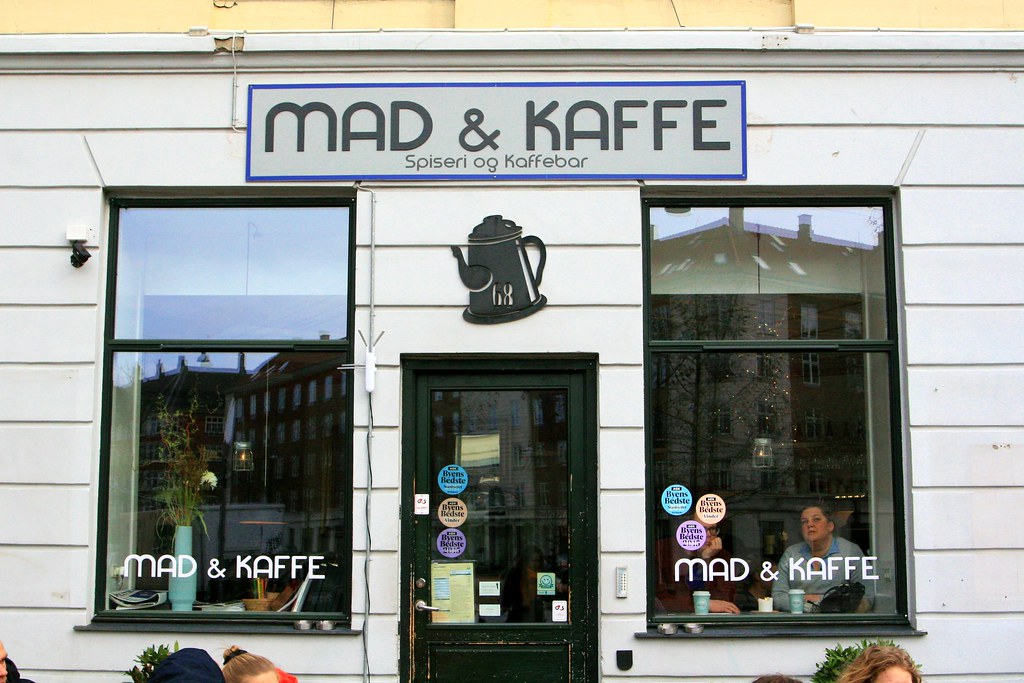 But not for long; we were soon inside, tucked into a cosy corner with our list of delightful dishes to choose from. The concept (it was definitely a place with a concept rather than a menu) was to choose 3 (only three?) or 5 (but I’m hungry) or 7 (now you’re talking) little dishes and they would be brought to you arranged in literally the most delightful fashion.

So we picked and we waited gleefully!

And it was SO worth it. Amazingly seasoned, soft, buttery scrambled egg, avocado with chilli and smoked almonds, lots of dark rye bread to load up, a truly fabulous, indulgent berry yoghurt, blood orange dusted with mint sugar and two different kinds of cinnamon pastry: a cinnamon roll and, naturally, a Danish. When in Copenhagen! 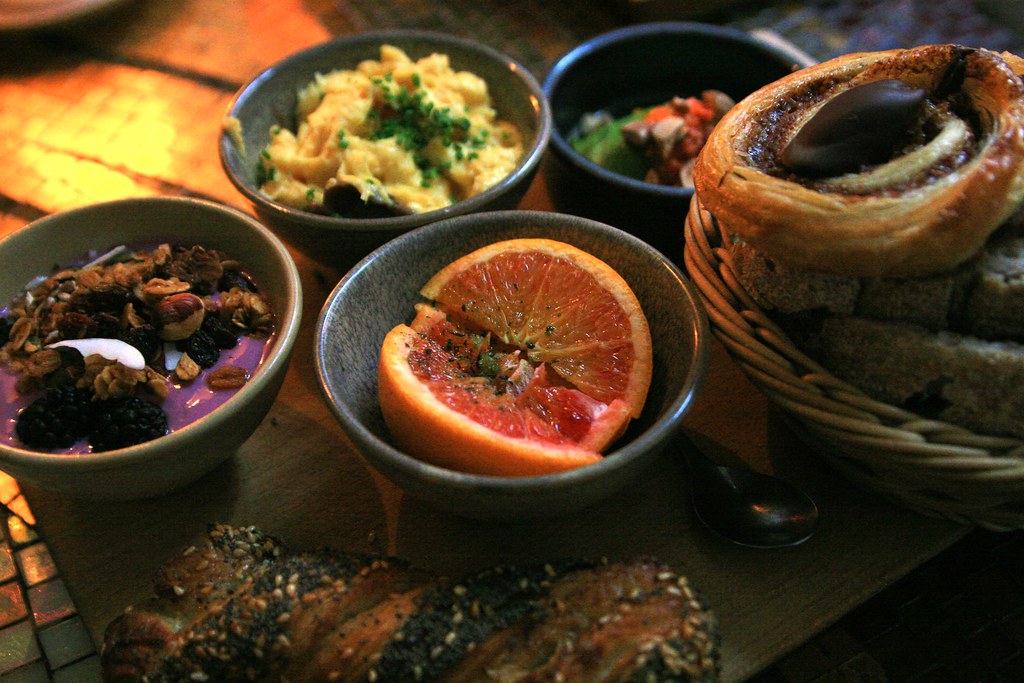 Truth be told, it was a little dark to get pictures that did it justice, but we both squealed delightedly at our selections and I wolfed it down enthusiastically. A really fabulous way to start the day!

I was very keen to find the perfect cinnamon bun in Copenhagen and while I had peered in hopeful expectation in the window of every bakery we passed, I had thus far been disappointed. 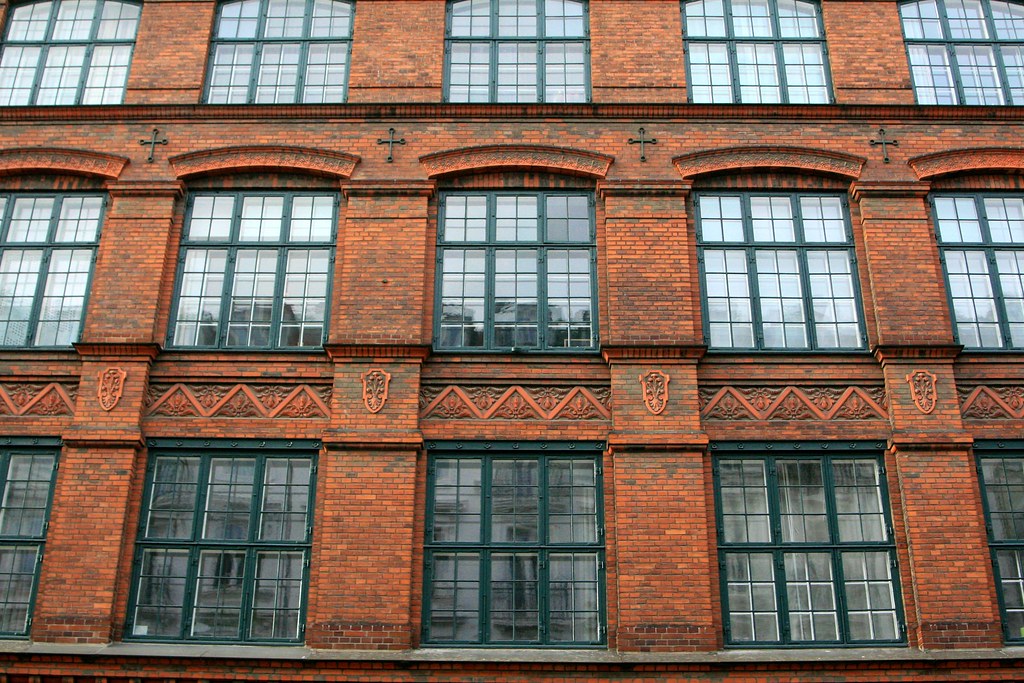 All his changed when we happened upon a covered market: sleek and welcoming, reminding me of Covent Garden, it was filled with elegant food stalls offering treats and delights. 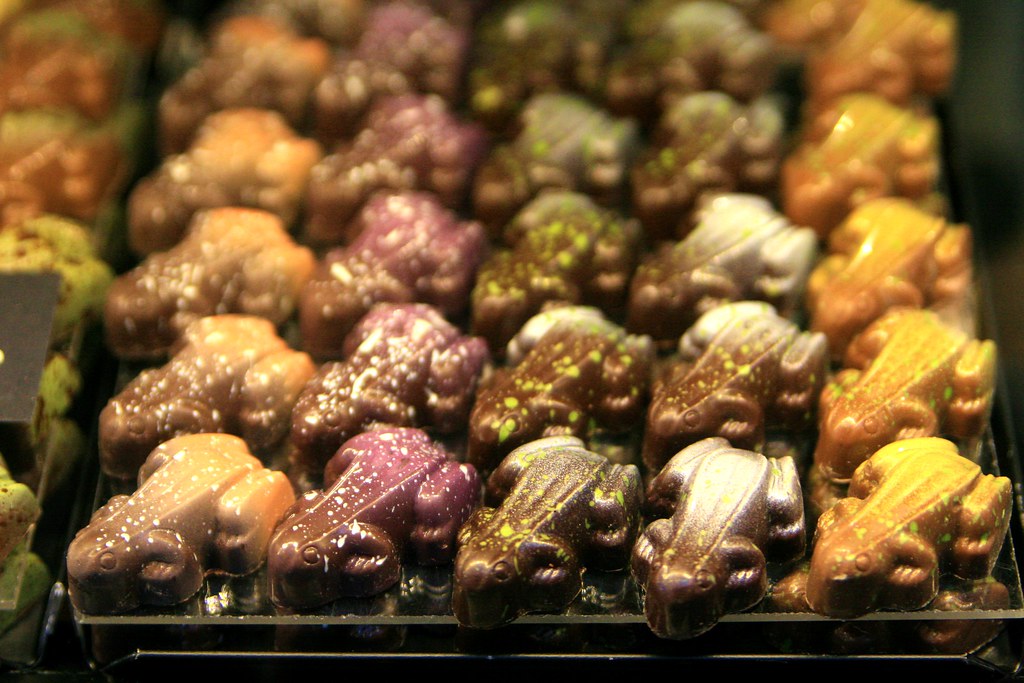 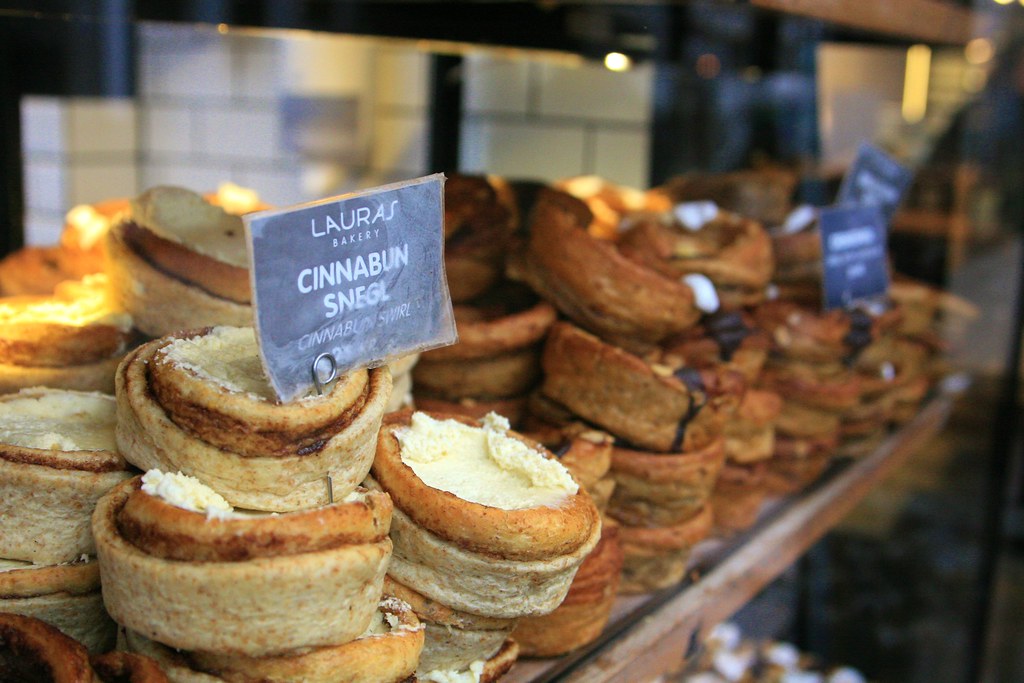 After eyeing the selection in the first shop carefully, we did a full circuit of the whole market before returning to it. It was clearly the place I’d been looking for and despite the temping flavours available, I had to go for the traditional. Cinnamon and brown sugar all the way. 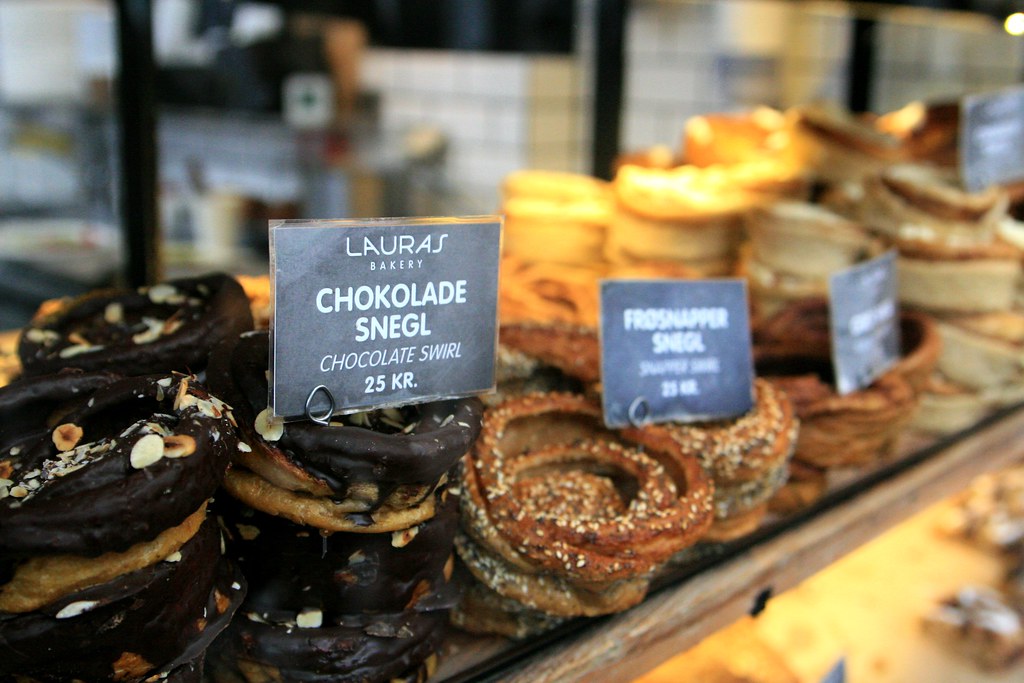 And it was perfection. Copenhagen is an expensive city and I had clutched onto my pennies determined not to throw then away on a disappointing morsel. But here, my patience was rewarded with the most mouth-watering delight. Having scarfed it down (despite an enormous breakfast) I quickly purchased a second and only just managed to refrain from eating it. 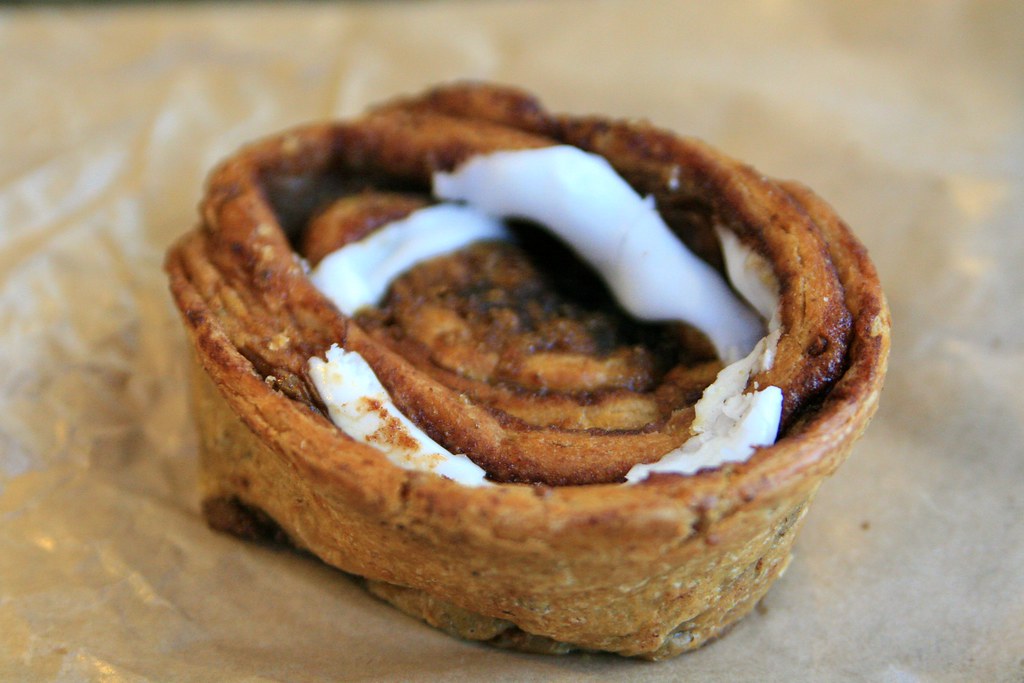 On returning to the UK, I stowed it in the freezer, in anticipation of the day it would be warmed through and make a fabulous breakfast.

And my goodness, it did.