Notes from a Travel Journal: Golden Cave Temple of Dambullah 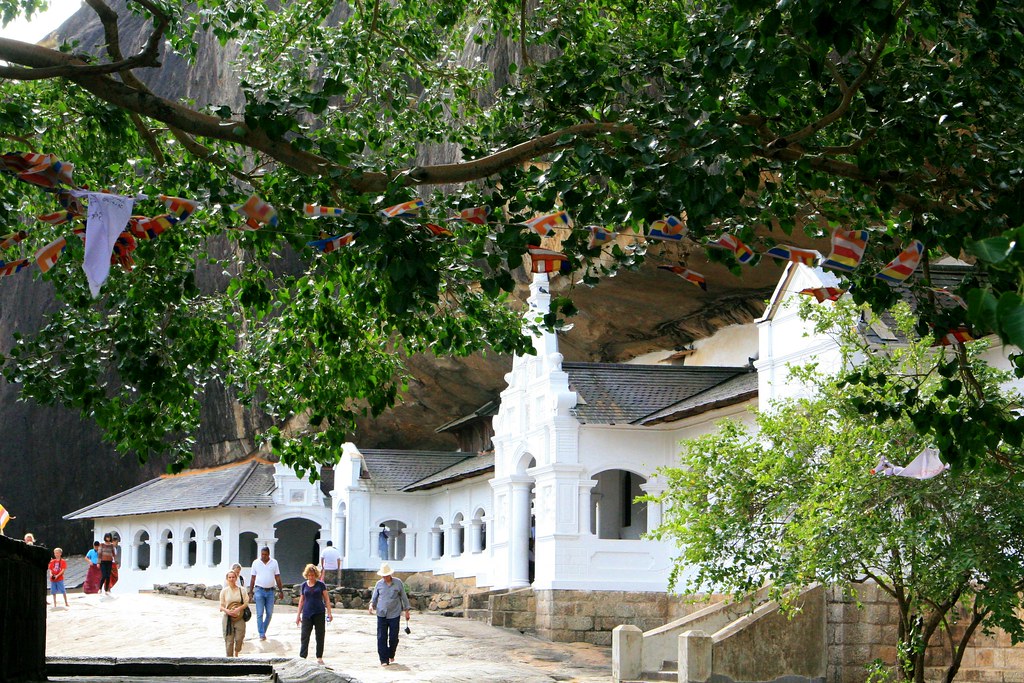 Carrying on with my month of travel posts for November, I have another extract from my journal about my time in Sri Lanka. I spent a couple of weeks exploring this marvellous country as part of a group with Gadventures, and we saw so many wonderful different facets, from city life to open plains, from golden beaches to rolling green hills fringed with tea plants. But Sri Lanka also has a very large Buddhist population, and exploring some the ornate and decorated temples was a real highlight. 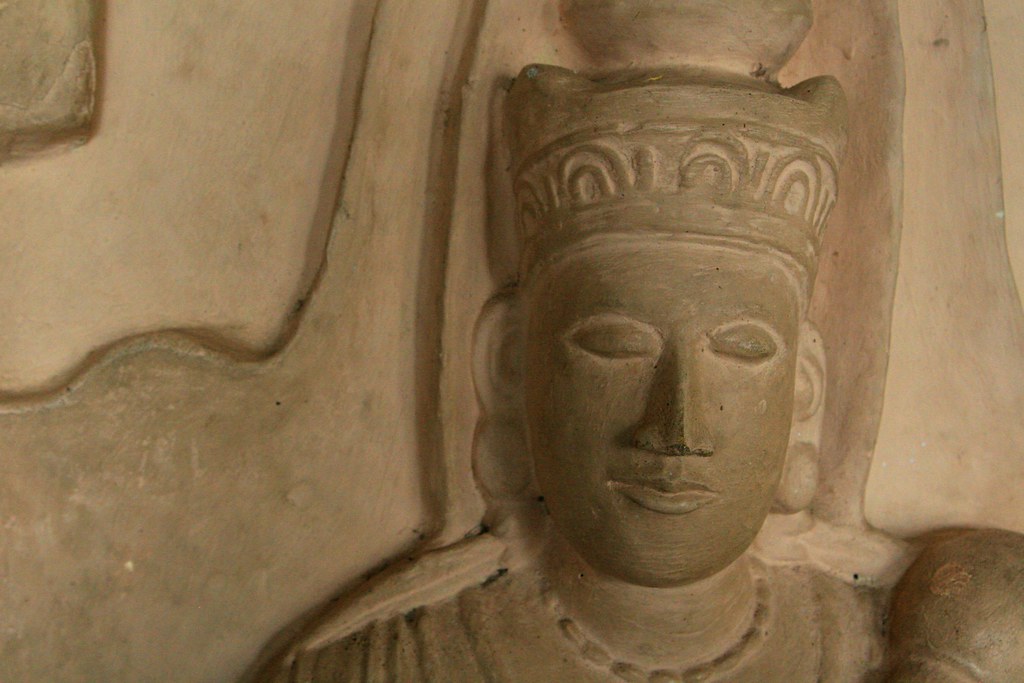 One afternoon was spent at the Golden cave temple of Dambullah, a temple built into the largest cave system in the country. There are some seventy-odd caves altogether but 5 have been turned into big Buddhist shrines and temples. The caves are nestled under a huge boulder high up, and we climbed up many steps to reach them, throwing the lush Sri Lankan countryside into vibrant green relief below. 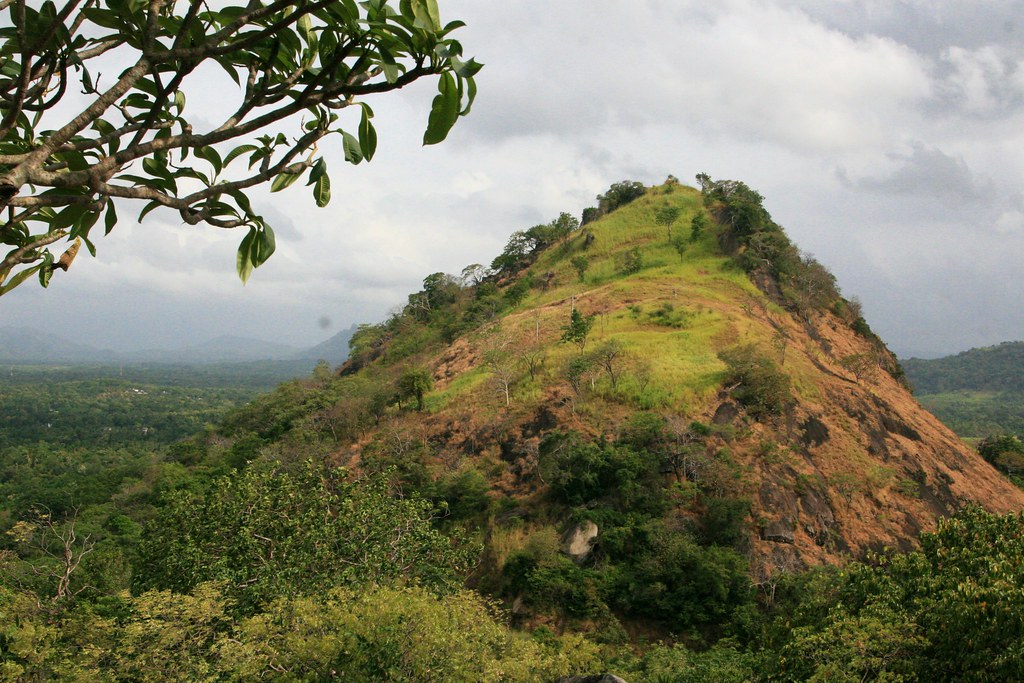 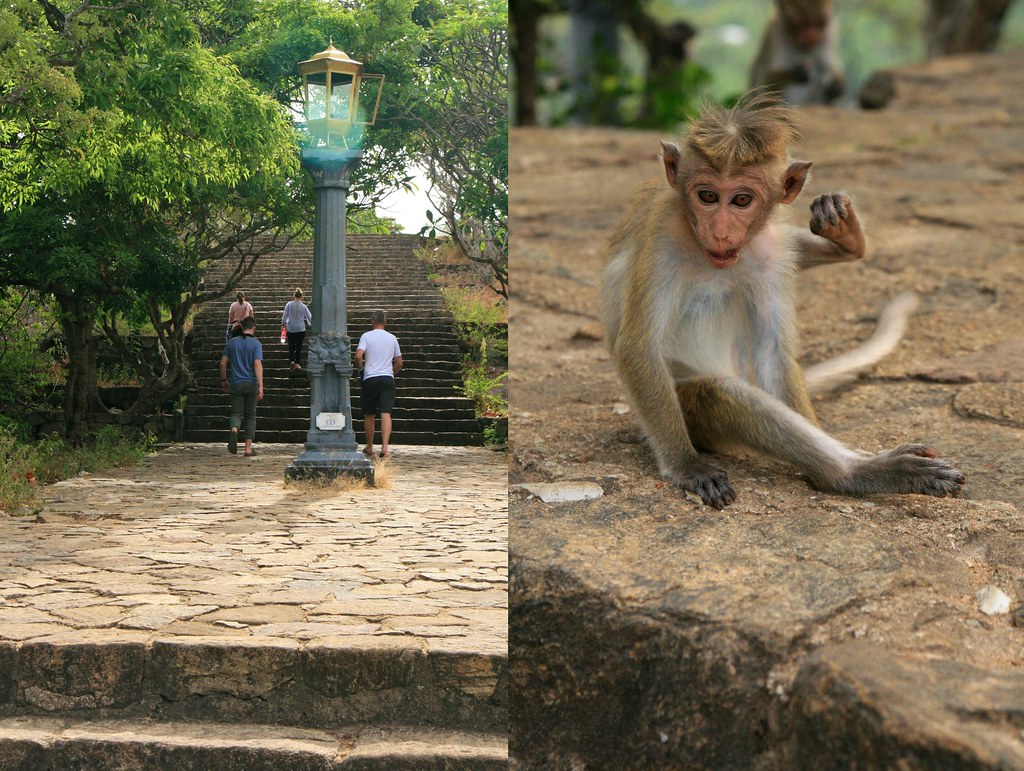 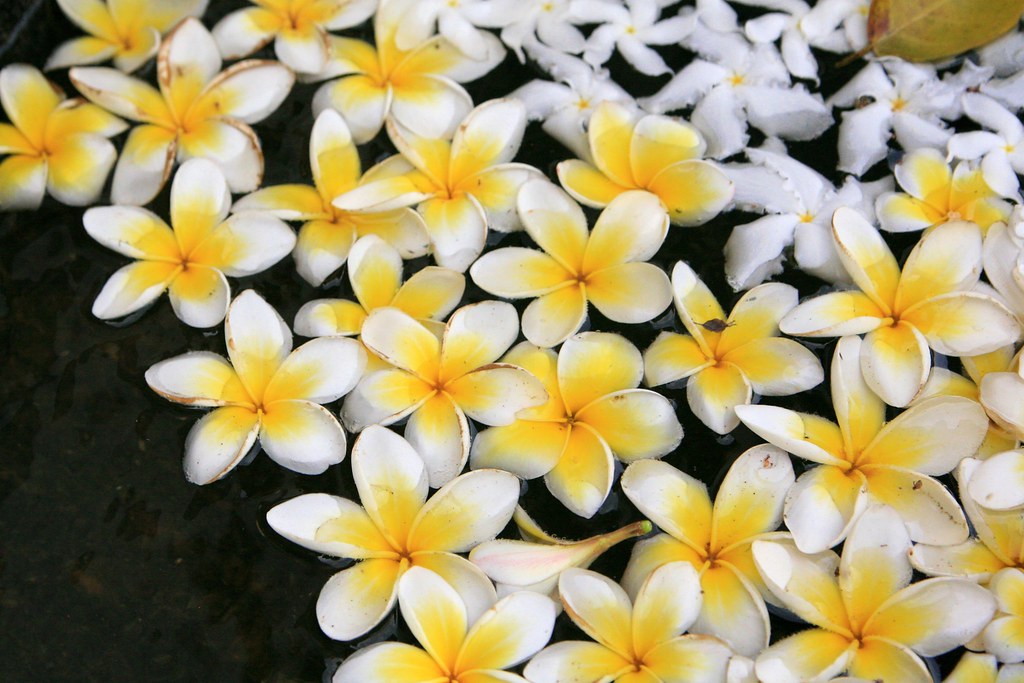 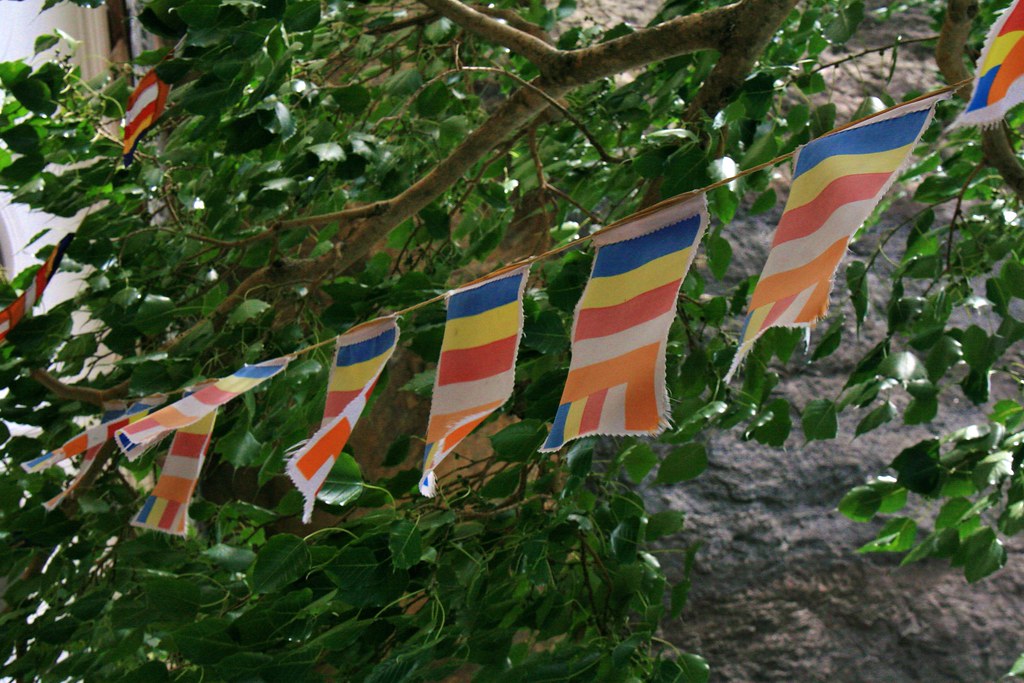 We covered our shoulders and knees, removed our shoes and entered the temples. We saw statue after statue of Buddha, over 160 in all, some standing, some seated, some reclining, all wearing the same pleated robe, many with a lotus flower above the head and all with the same benign, passive, slightly feminine features. The walls and ceilings were adorned with frescoes of various stages of the Buddha’s life and lots of people, both tourists and believers laid lotus flowers in the caves. 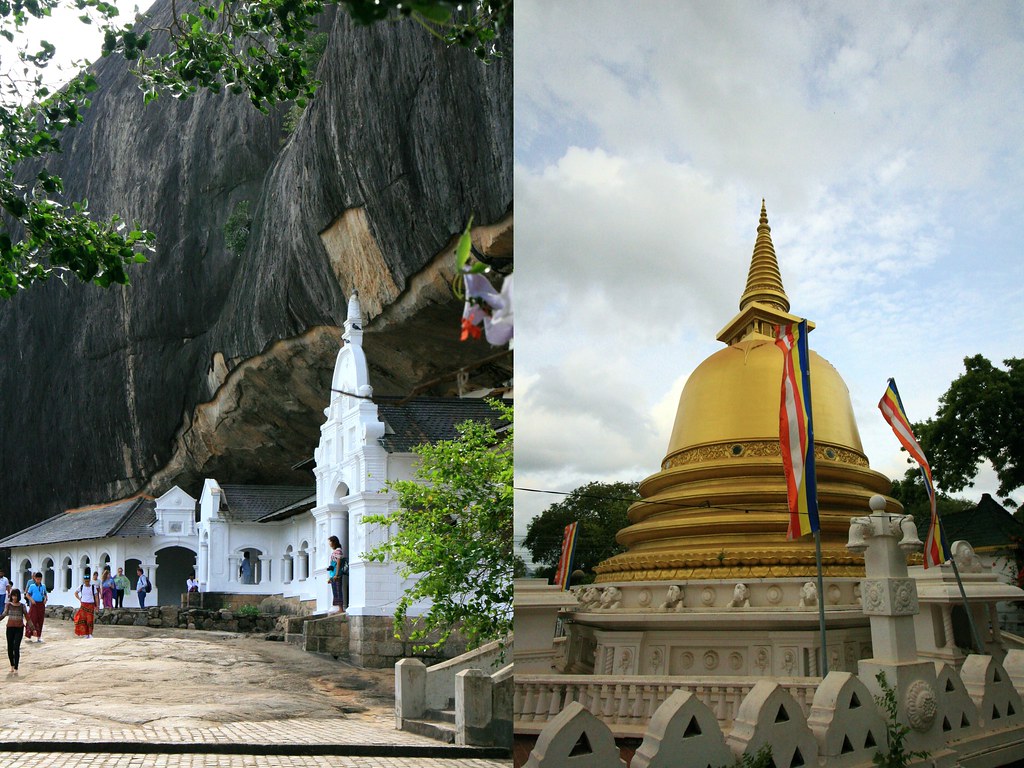 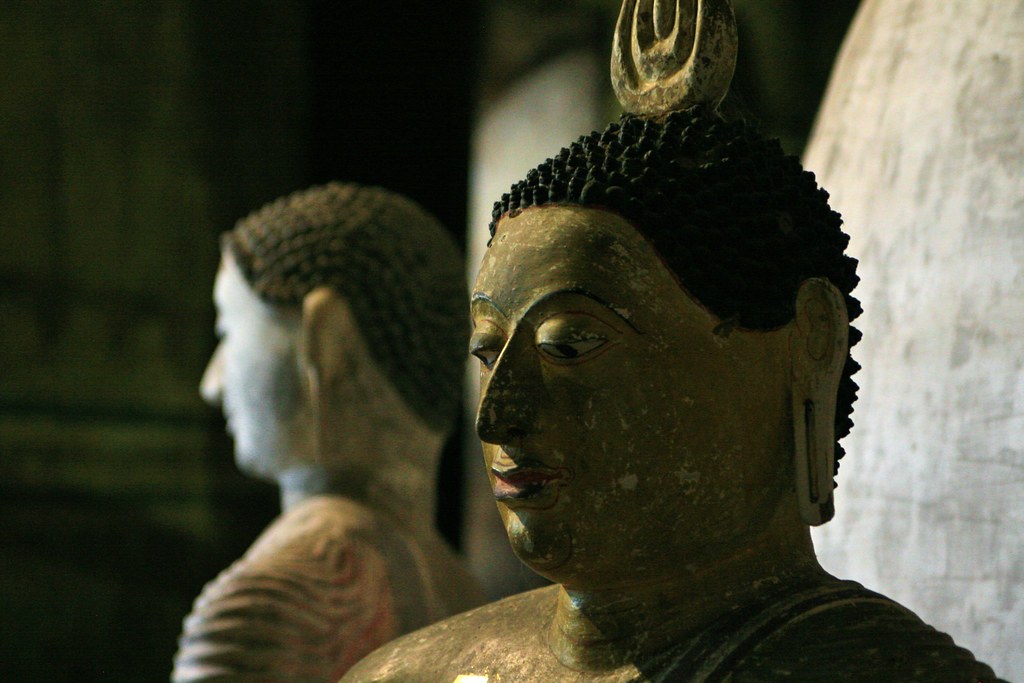 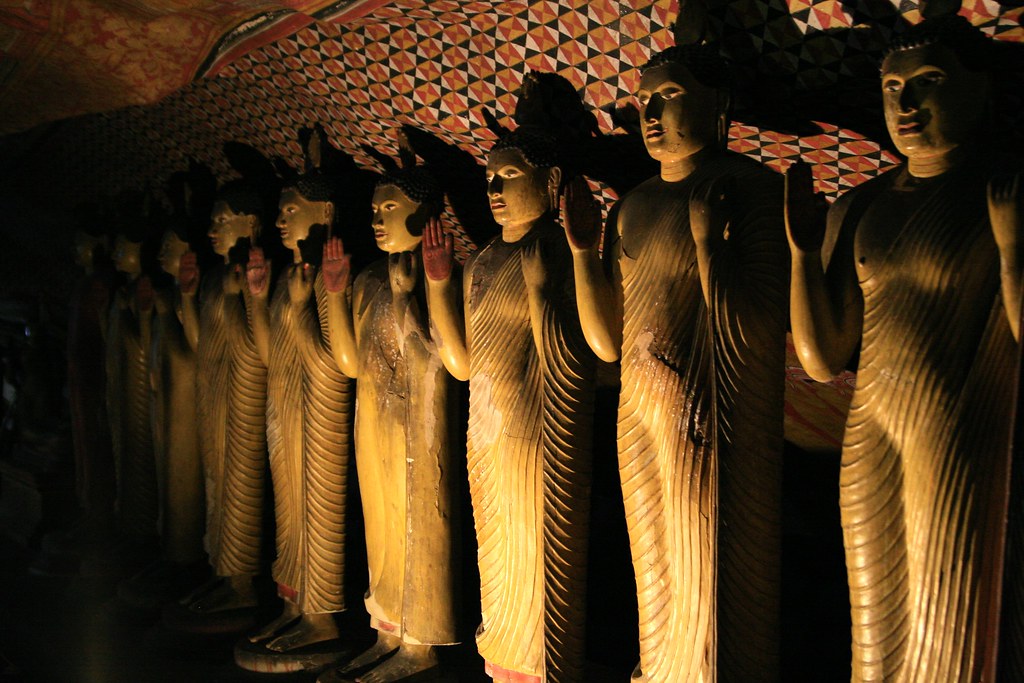 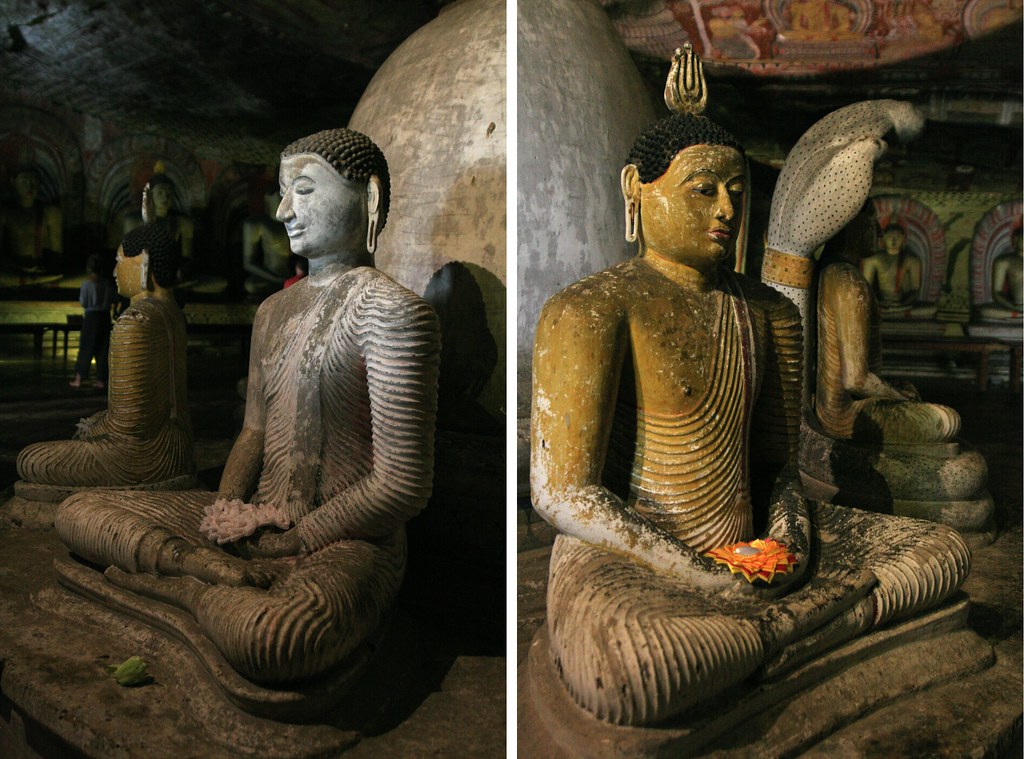 We descended the giant rock, laughing at the antics of more monkeys perched here and the and admiring the giant golden Buddha sat atop a shrine at the base of the rock. It towered over a building with a mouth shaped like a dragon in quite an unnerving way, and the square was decked in flowers giving the slightly garish colours a softer, more natural edge. 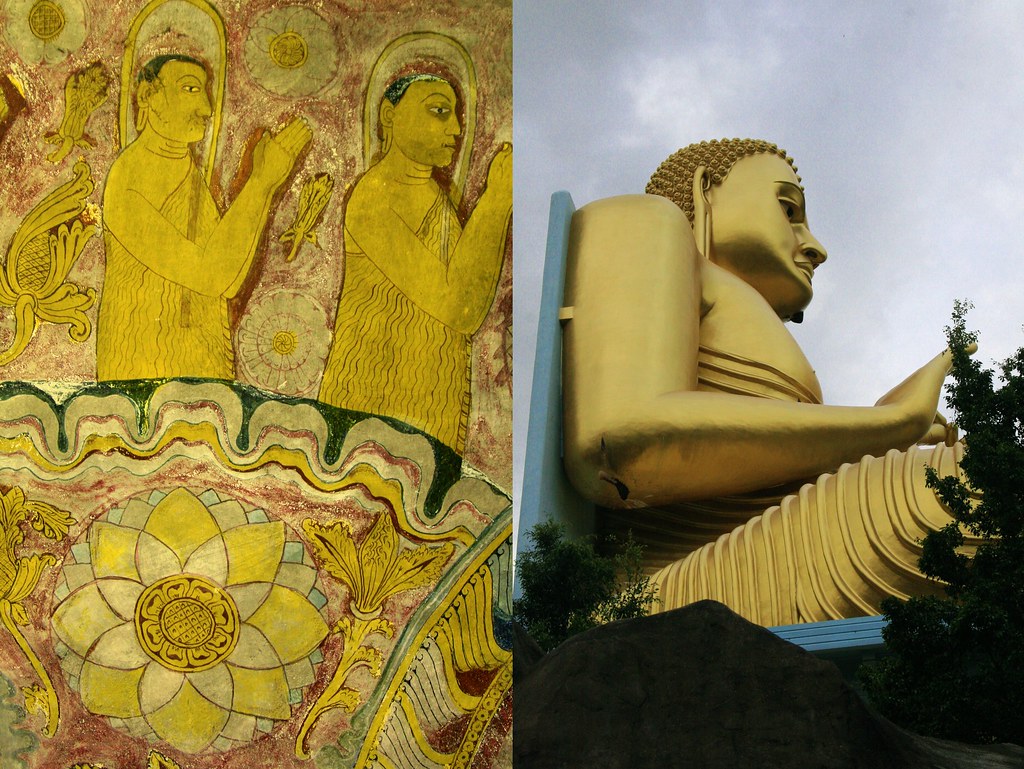 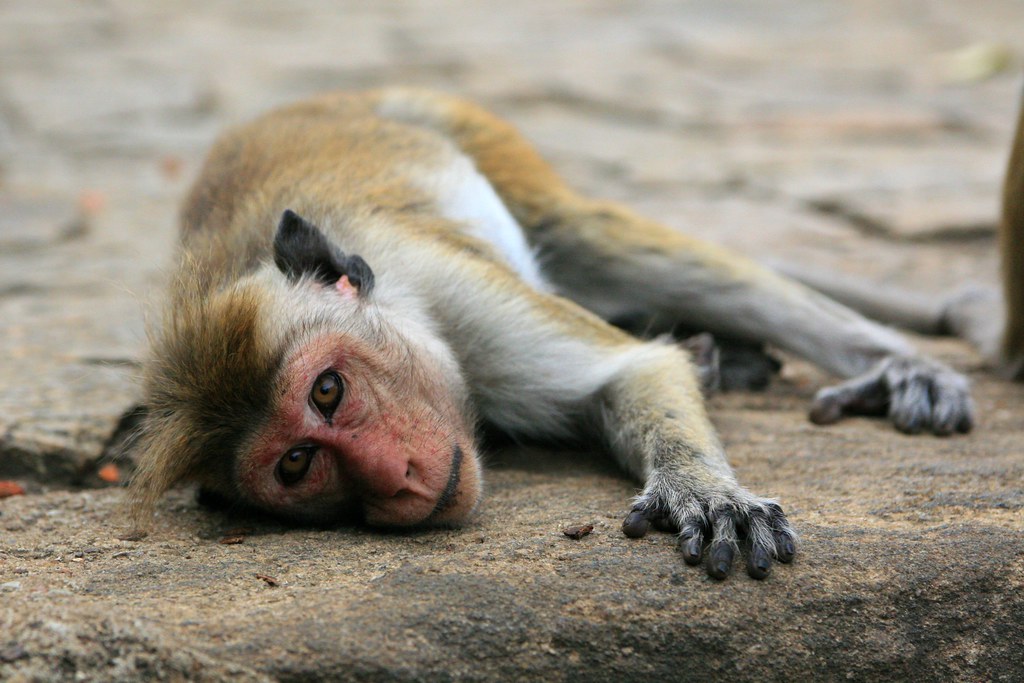 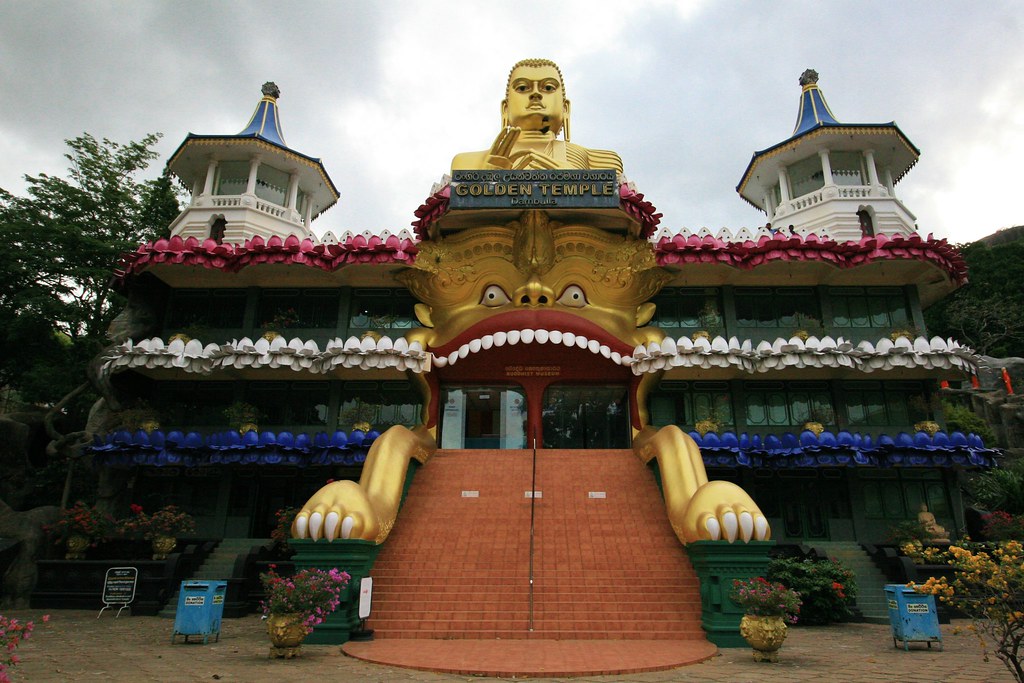 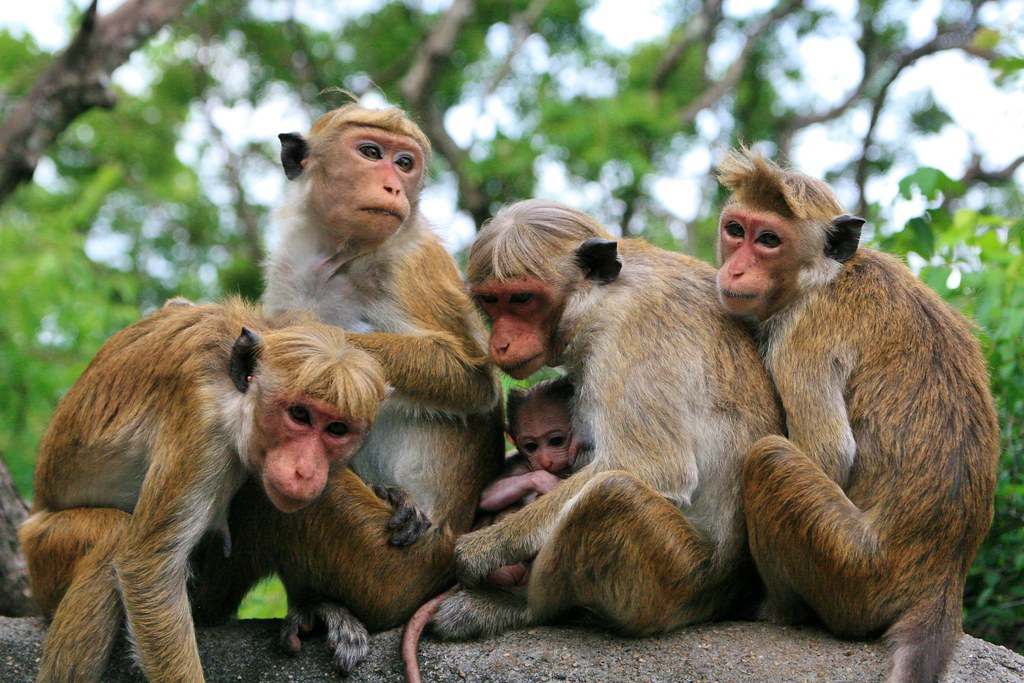 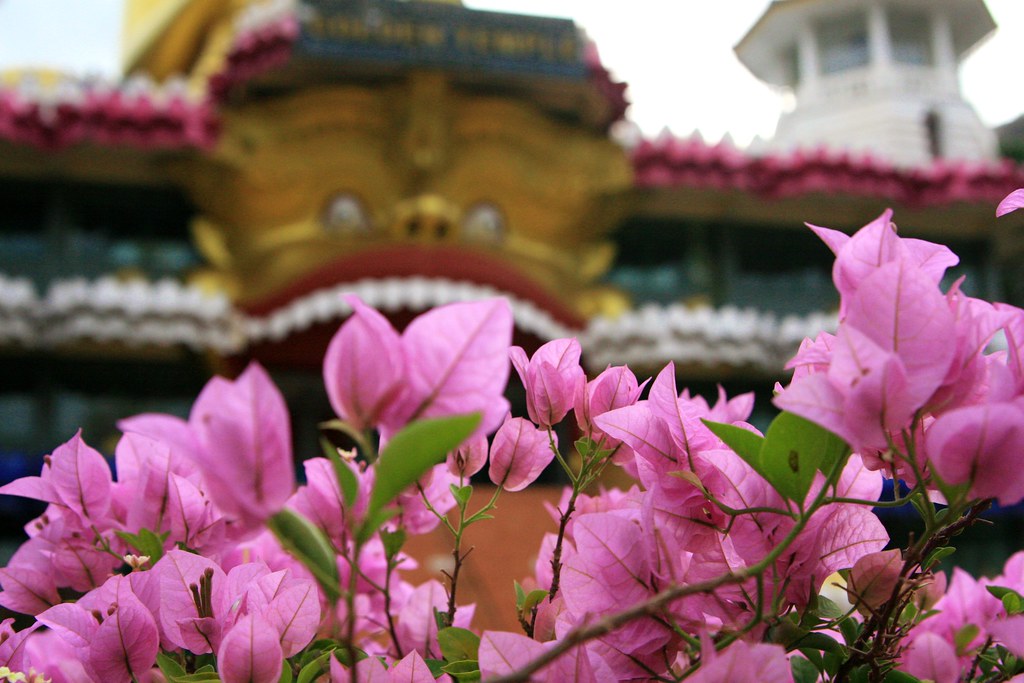 The day finished in Sigariya with a meal out together; we went to a local place and tried kuttu roti, a traditional Sri Lankan dish made of cut up and stir-fried roti bread, egg and vegetables. It was savoury and delicious and it disappeared rapidly. We also shared a couple of bottles of arak, the Sri Lankan spirit of choice. We tried it neat, as the the waiter merrily poured everyone half a glass of the liquor straight up, but it went down better with a splash or so of Sprite, tasting a bit like rum. Even then, the three glasses I managed to consume somehow spiralled to my head, and I was full of energy, partying in our party bus home (the driver played the Macarena and flashed the lights on and off) and spending an hour sat with the gang in the now-dead hotel bar. At about half eleven I turned in, drinking bucket loads of water and some tea, and thankfully I was absolutely fine when the alarm went off first thing the next morning. Phew!