Notes from a Travel Journal: Kandy 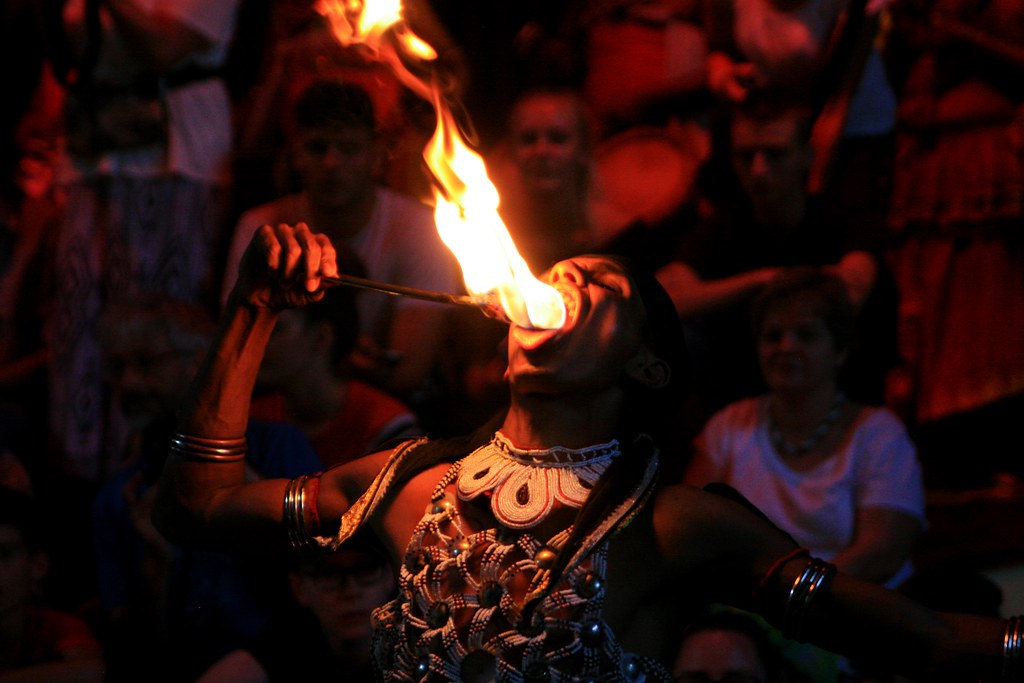 Continuing on with my month of travel posts for November, I am again returning to my travel journal from Sri Lanka; I spent two weeks exploring the country in July on a Gadventures trip, and it was a great way to visit a range of different locations from temples, to parkland to beaches to mountains. Today, I have a few memories to record the couple of days we spent in Kandy.

We arrived in Kandy one afternoon; the city is an important cultural centre in Sri Lanka due to the Temple of the Sacred Tooth Relic. Which fortunately was our next stop! 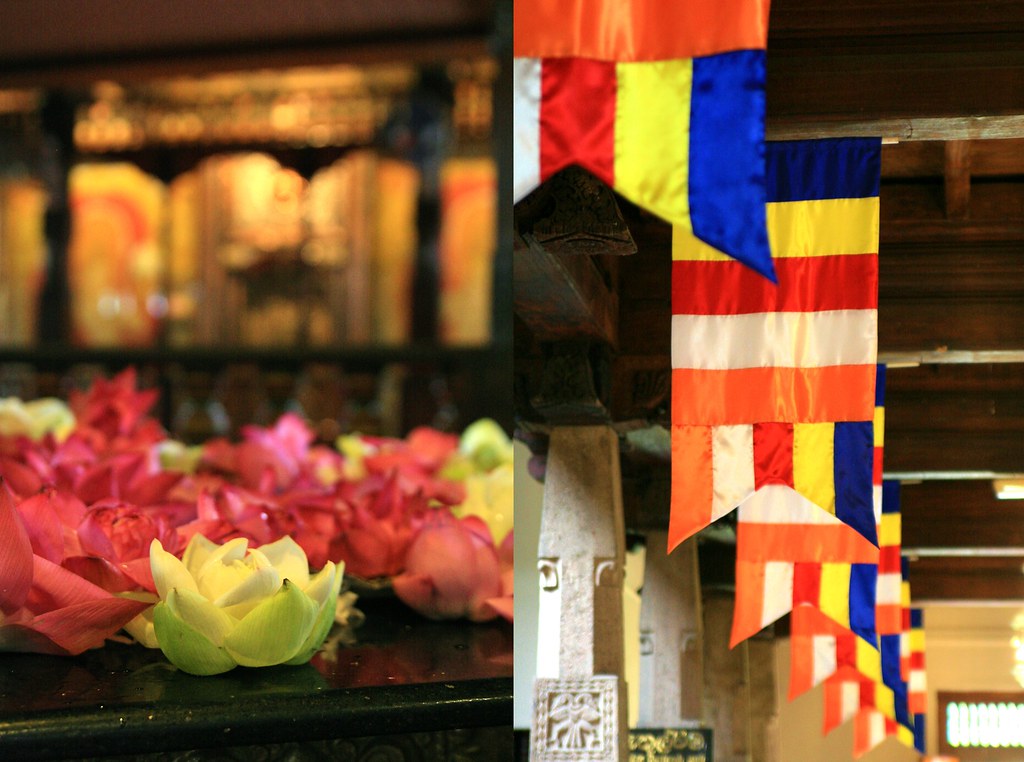 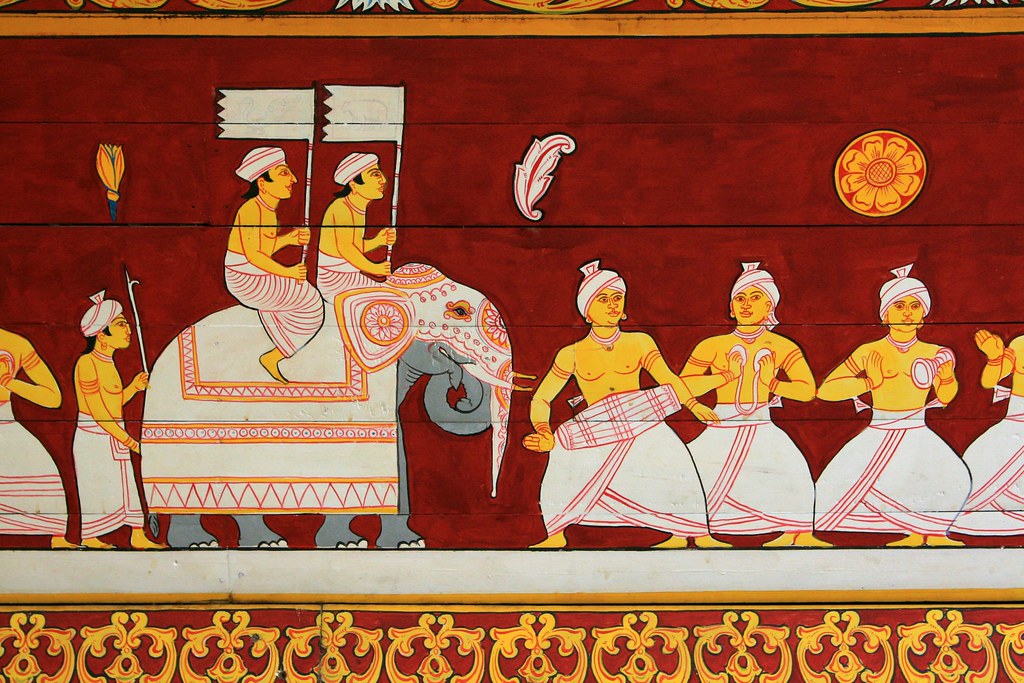 We covered knees and shoulders, slipped off our shoes and explored the temple and surrounding museum and garden. The temple is to enshrine a tooth (a canine, apparently) of Buddha which was brought to Sri Lanka from India by a prince and princess for protection. The tooth is not on display - it’s kept within seven golden caskets - but many Buddhists visit to ask for blessings and offer lotus flowers and an atmosphere of peace and reverence prevails. 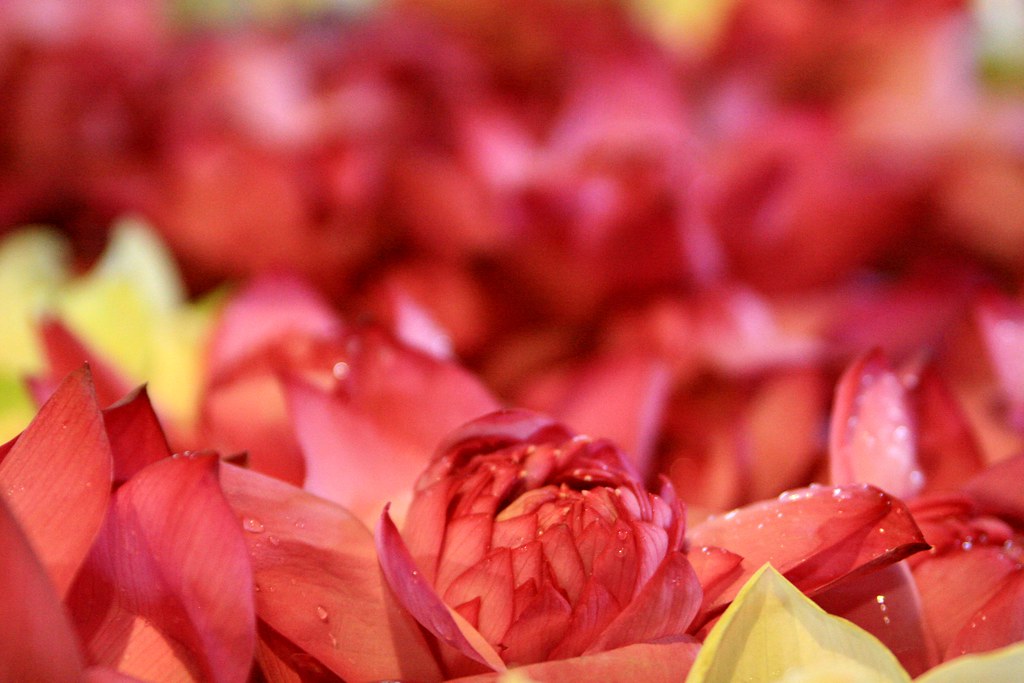 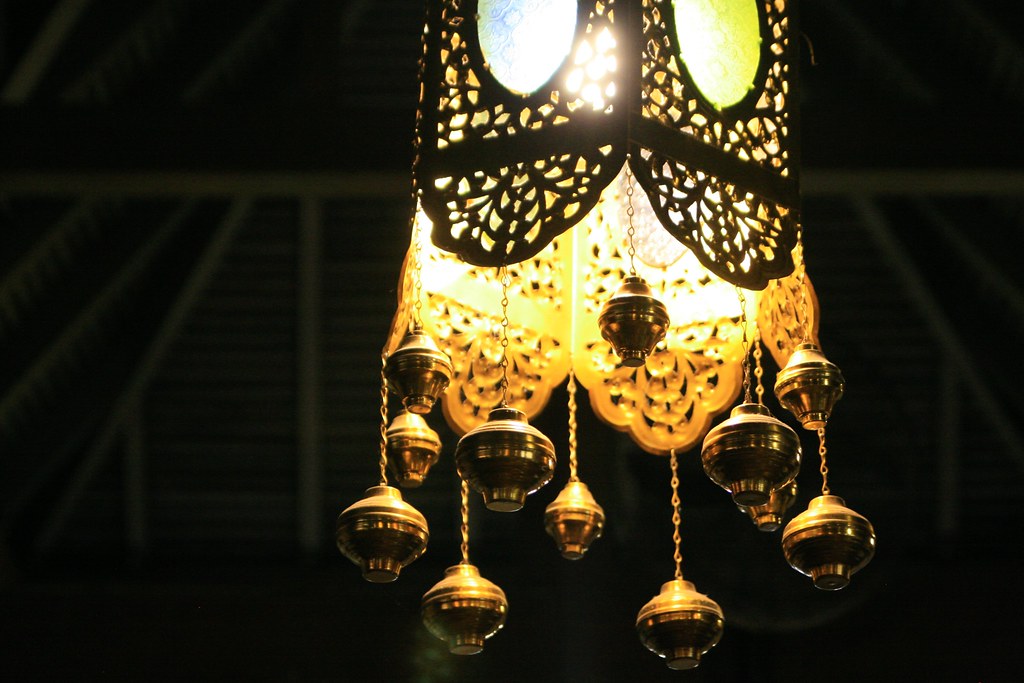 The museum showed the journey of the tooth over time and had a monument to an elephant known as Raja the Tusker, which I originally thought was the elephant keeper's name until we saw the massive taxidermed pachyderm. Raja the Tusker the Elephant apparently served the temple for 59 years, carrying the tooth casket in an important annual festival. The doorways of the temple were tall to allow the elephant through and we could smell incense on the enormous burners which were constantly alight. 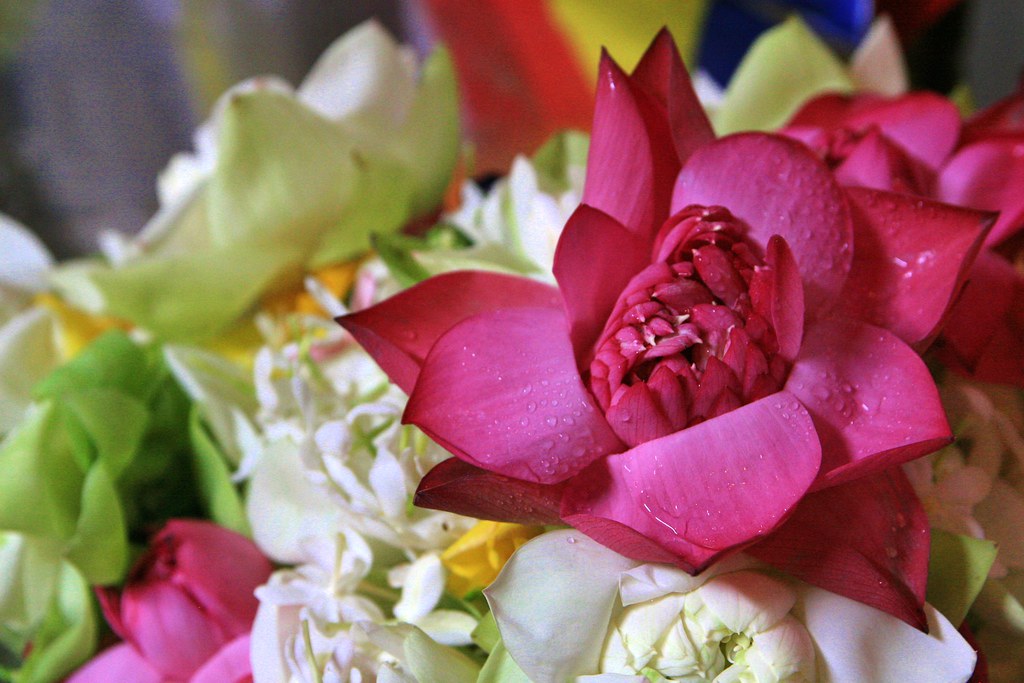 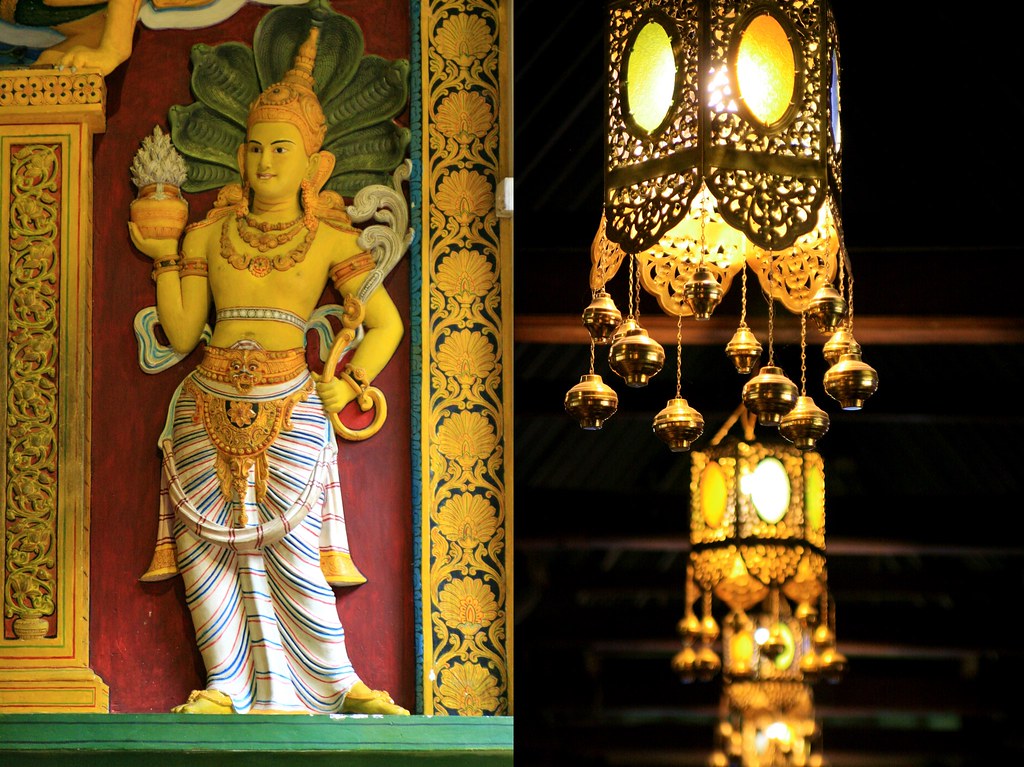 After that, we managed a quick cuppa in a very British Colonial hotel before heading around the lake to a Cultural dance performance. 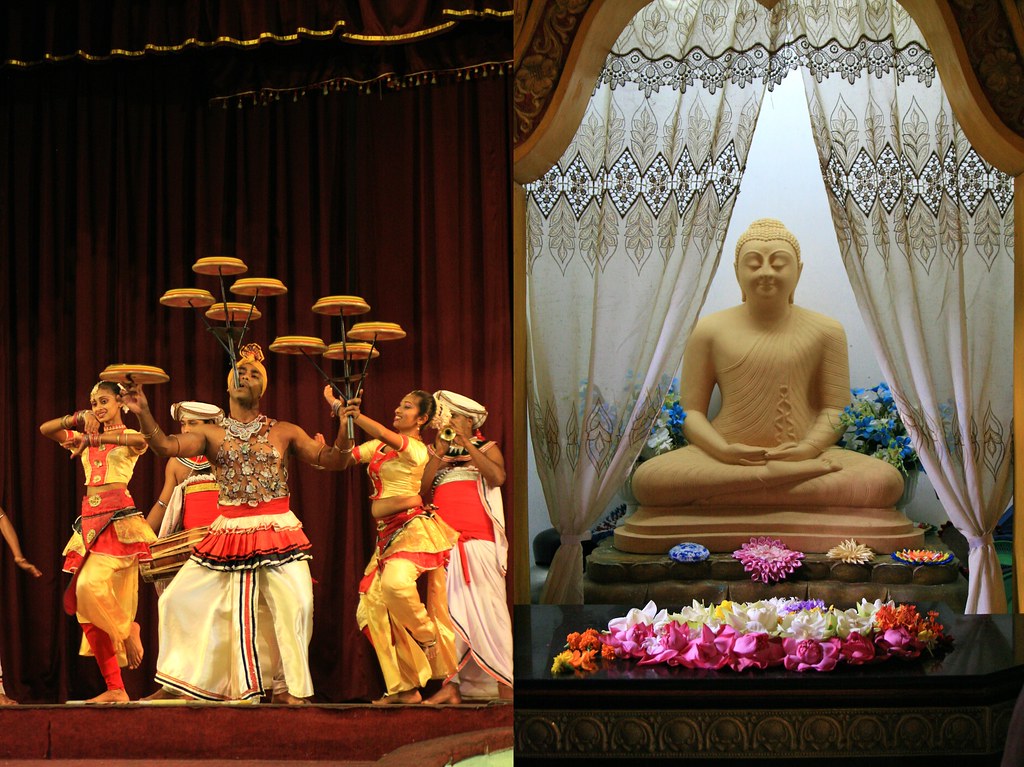 The dance was really impressive with detailed costumes, rhythmic drumming sometimes accompanied by a piecing reed instrument and angular dancing with very flowing hand movements. The men performed acrobatics, twirling and flipping and balancing whirling discs on poles while they danced. In one dance, fire eaters swung around lit torches, running the flaming ends along their arms and almost swallowing the flames, before walking on hot coals in the finale. It was a frenetic, energetic performance and we really enjoyed it! 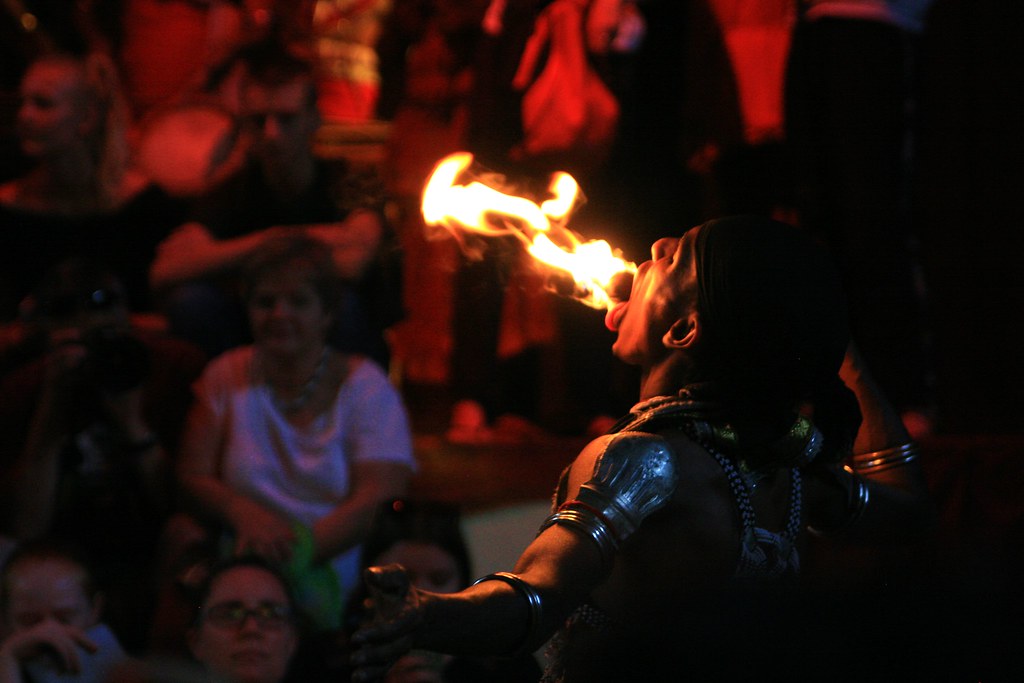 The next morning dawned and brought with it problematic monkeys who managed to bust into one of the rooms, rummage through luggage to find a packet of lemon puffs and make off with them.  They didn't run far, choosing to sit just out of reach before cracking into the packet and consuming the biscuits. Not only that, but they had the cheek to pull apart the biscuits, lick the lemon filling out of the middle and then toss the rest away. 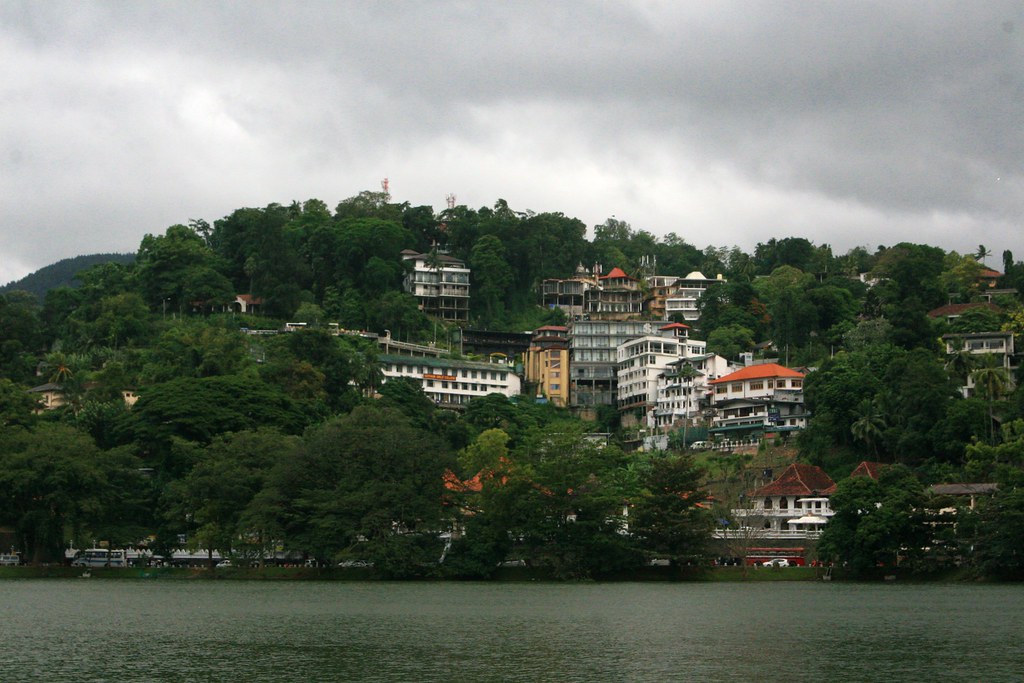 A couple of us headed into town to explore and it was lovely to stroll down the hill to Kandy lake and see the fish splashing around and the tuk-tuks beetling about, horns tooting. We wandered through the streets, lined with little businesses crammed together in higgledy-piggledy fashion, all competing to sell similar merchandise. Every so often, an outburst of rain would cause everyone to scurry under the nearest awning and we would be bombarded with hellos, offers of directions to shops, tuk-tuk rides and commiserations about England’s efforts in the World Cup the previous night. 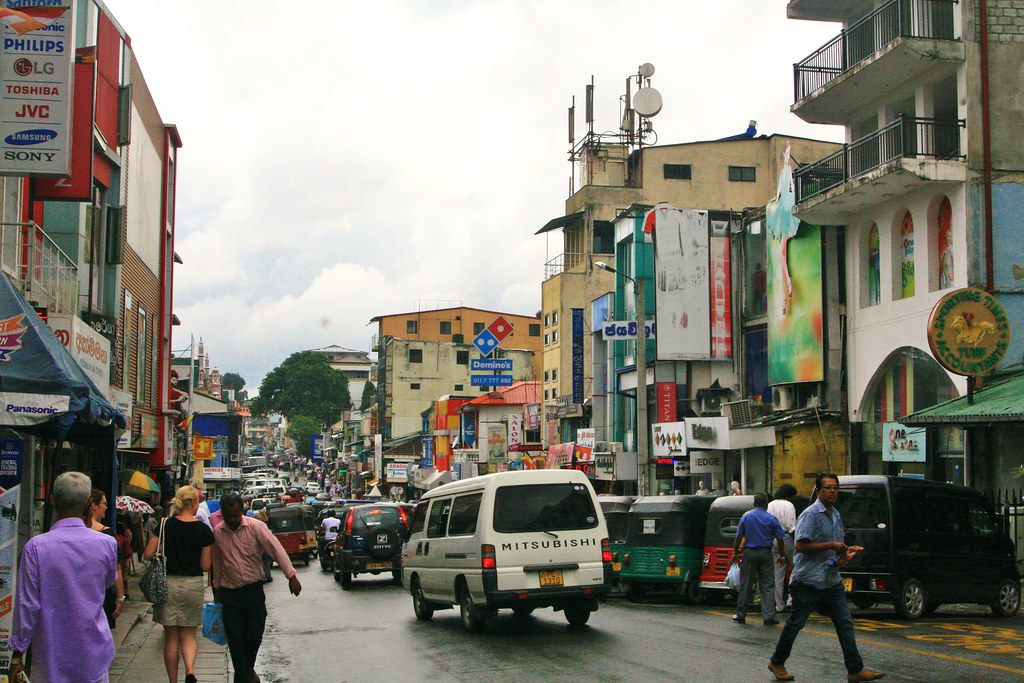 We stopped for tea and cake and replenished our supplies of bus snacks (and lemon puffs, sigh), before finding a tuk-tuk to take us back to the hotel. Unfortunately, the driver ran out of petrol half way up the steep hill. However, he proved to be an enterprising chap, rummaging around and eventually finding an old water bottle full of the stuff, chucking it into the vehicle. And then we were off again, careering around hairpins, doing u-turns in the middle of the traffic and getting him to beep at people we recognised as we passed them walking up the hill. I can't deny it: I love a good tuk-tuk.