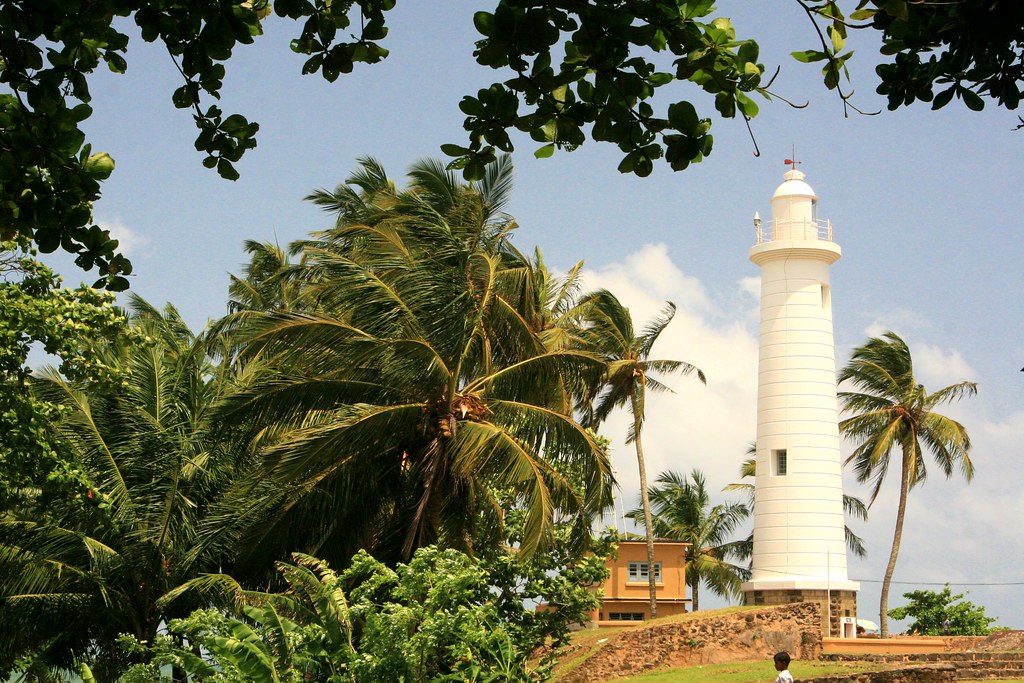 Over the summer, I spent a couple of weeks exploring Sri Lanka as part of a Gadventures tour; it was a great way to get around and see lots of different places within this beautiful country. However, hitting new locations every night or two is definitely a little bit tiring so it was nice to spend our last few days on the south coast, exploring the laid-back towns of Mirissa and Galle. And so this is the story of that time from my travel journal.

The day began with a leisurely breakfast (including cake and doughnuts, I’m not going to lie) and a bit of time to read by the pool and dangle my feet in the water. Lush. 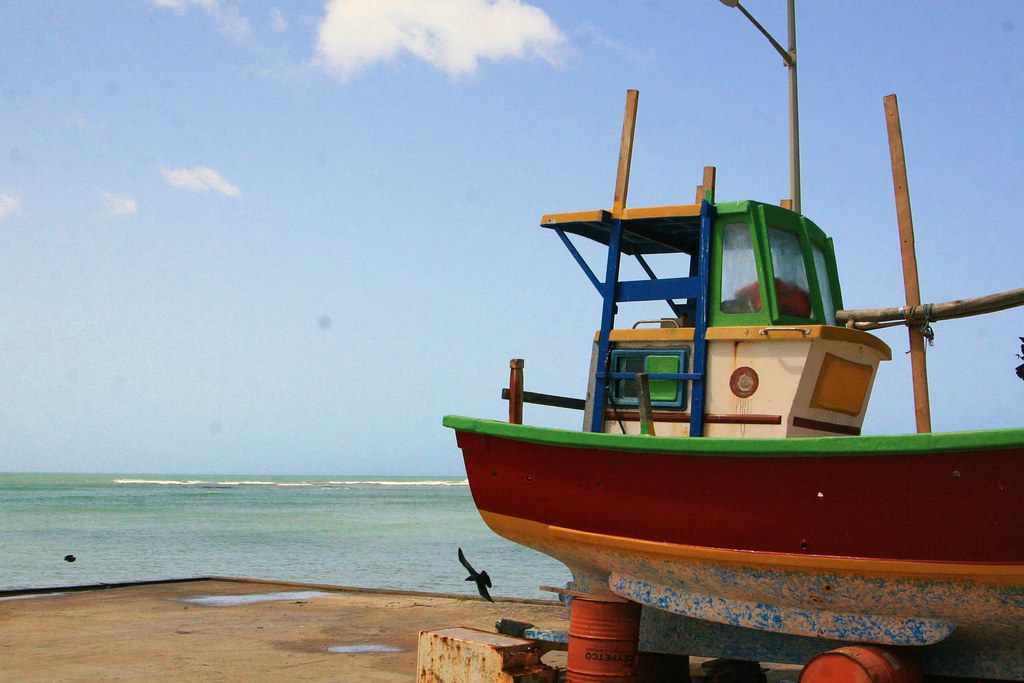 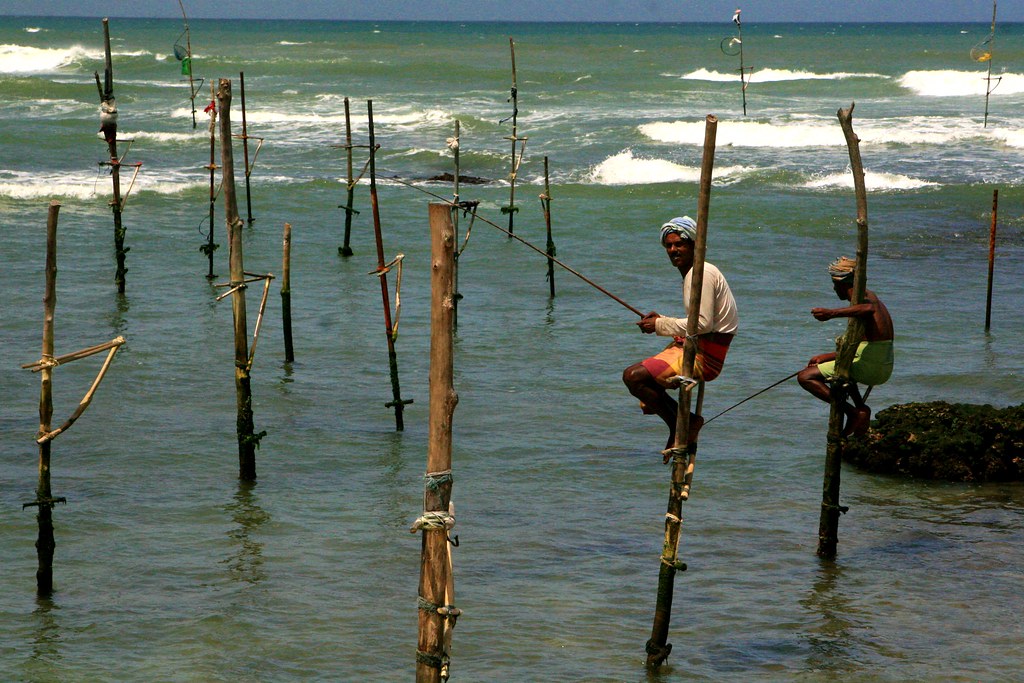 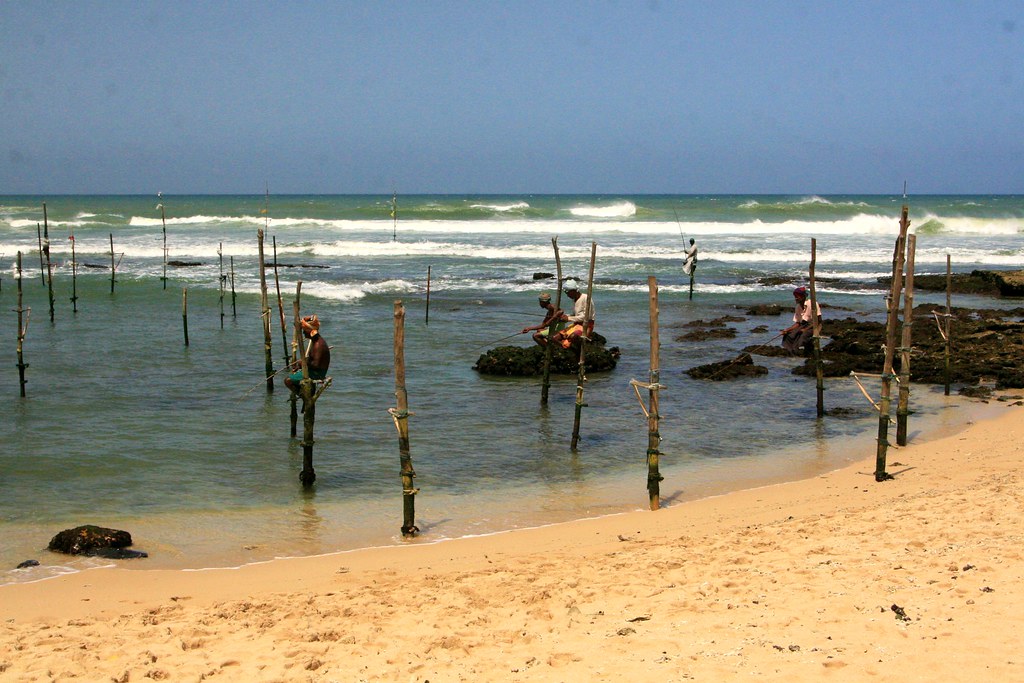 Then we set off for a trip to Galle, an old colonial town which I was looking forward to exploring. On the way, we stopped at the stilt fishermen; a somewhat famous and very picturesque sight with men perched atop their poles, casting into the water and hauling up the odd small fish. Nowadays, most of the money they make comes not from their catch, but from posing for tourists to take pictures. Still, it did make a good snapshot. 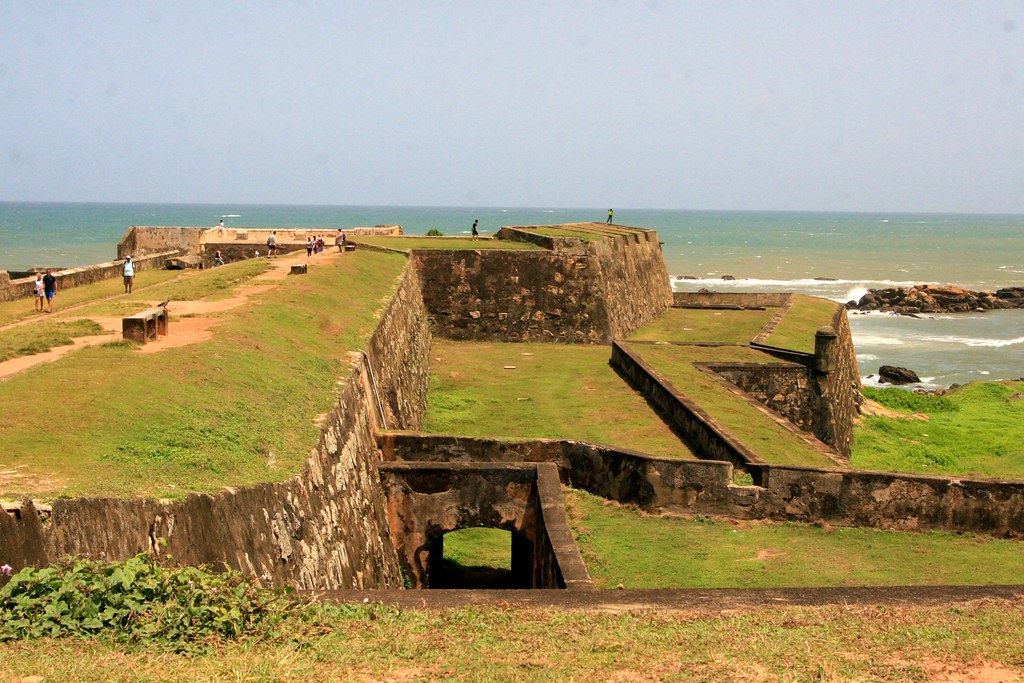 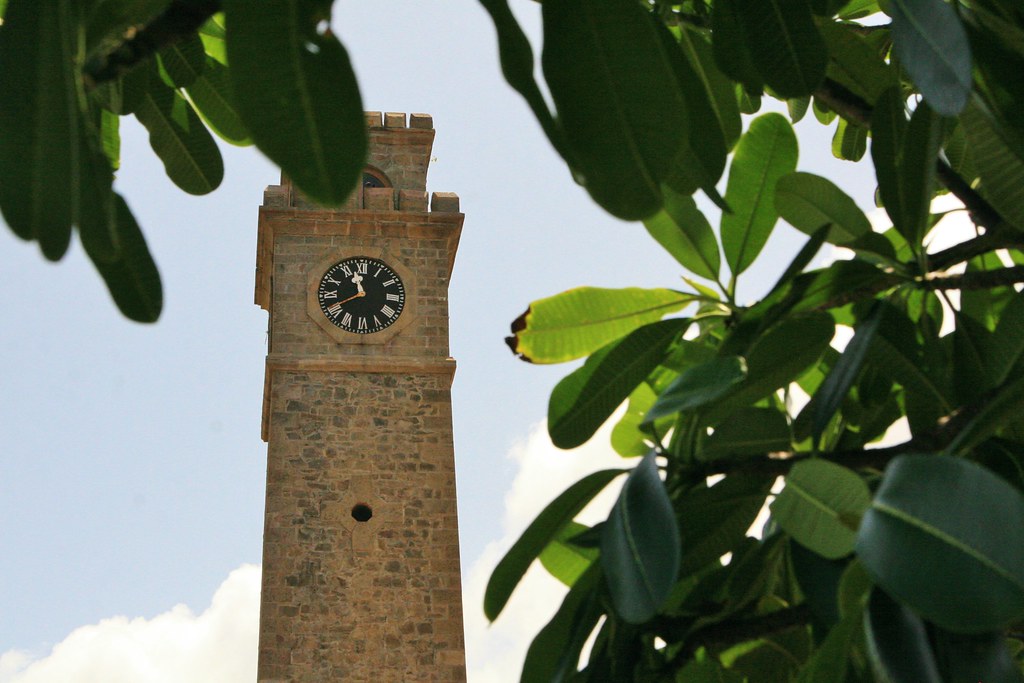 We arrived at Galle and marvelled at the huge fort, started by the Portuguese when they conquered Sri Lanka, mostly completed by the Dutch when they took over and then topped off with a Victorian bell tower by the British when they wanted a turn at colonising Sri Lanka too. Not your proudest moment, Europe. But it was a solid fort nonetheless with massively thick walls, lots of cannon nooks for firing on whichever European nation was coming to have a swipe next, and an excellent (free) view of the Sri Lankan cricket ground if you haven’t managed to get a ticket. Jammy. 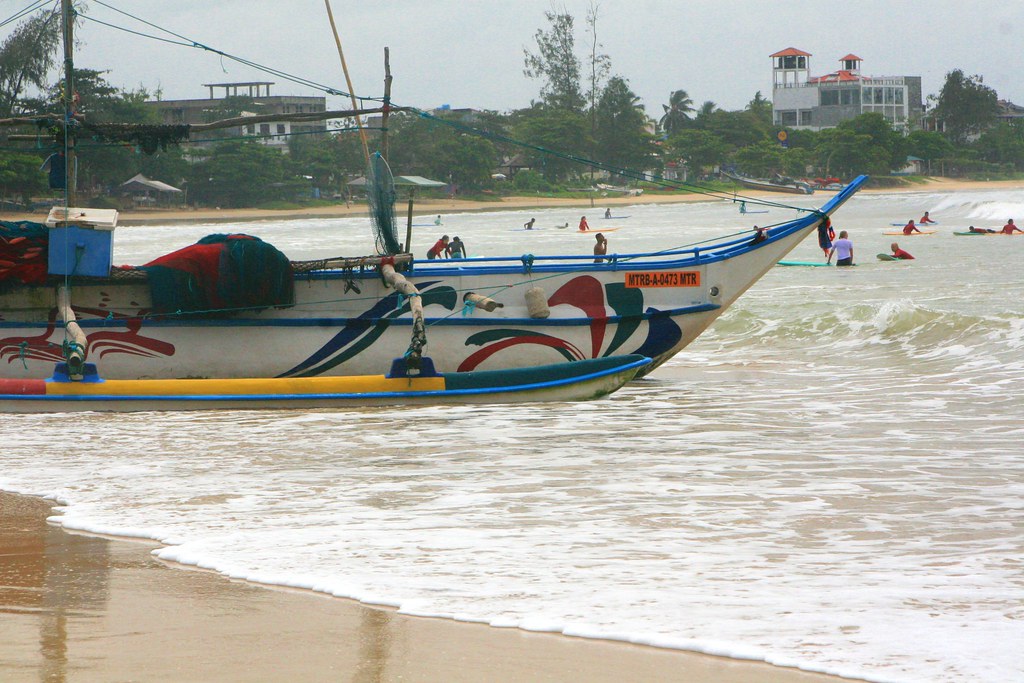 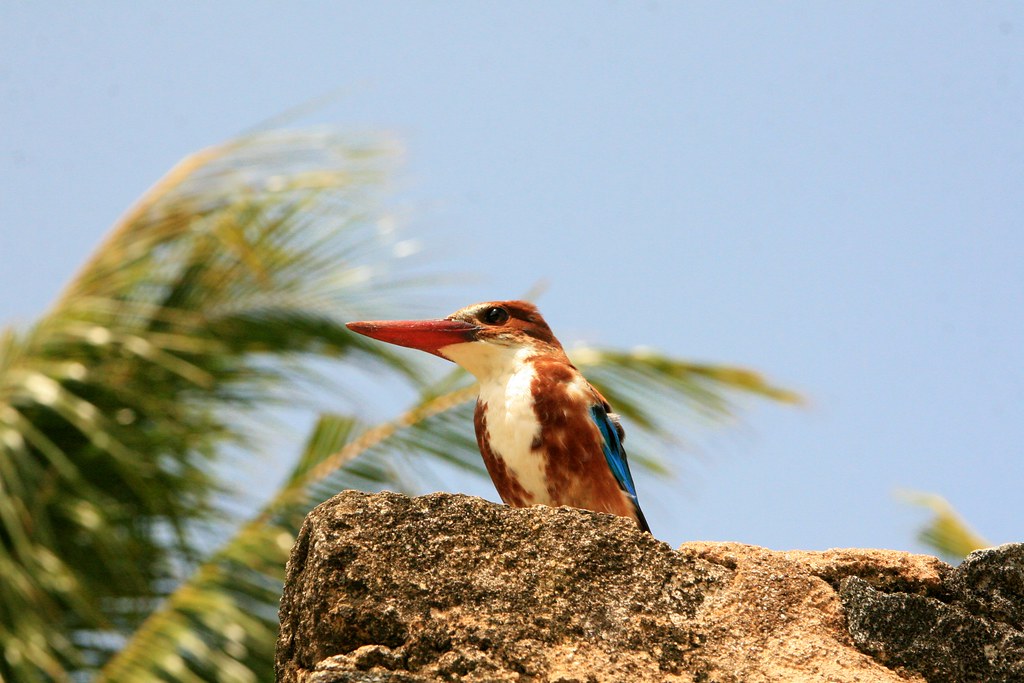 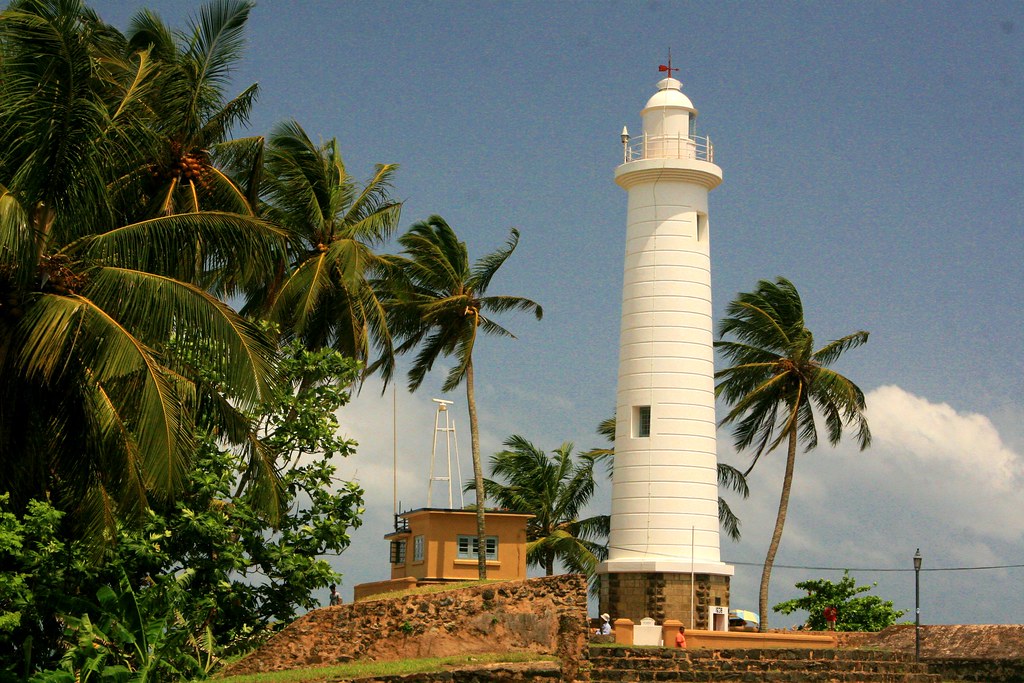 Galle is a lovely natural harbour (hence the reason behind the initial interest of the British who fancied themselves a pop at a new naval base) and is populated with lots of little colonial streets and curiosity shops. We enjoyed strolling around, perusing knick-knacks and I finally gave in and bought some elephant trousers. Because I’m just so carefree and bohemian. And they were about a fiver and everyone else was buying them and peer pressure is a real thing. 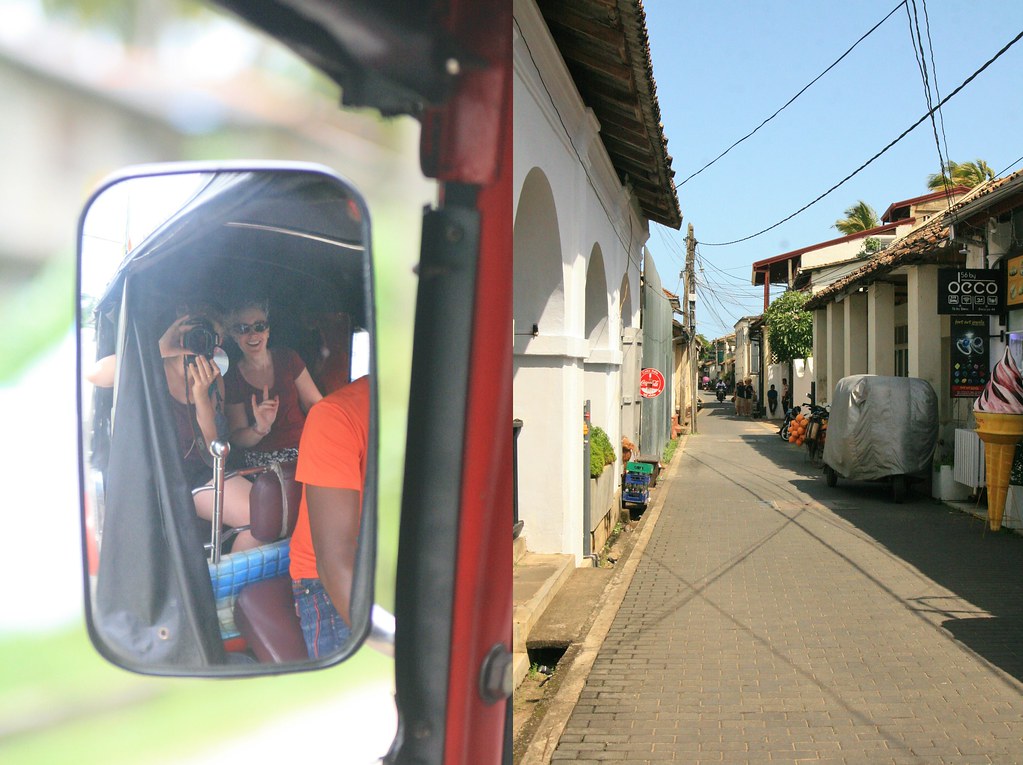 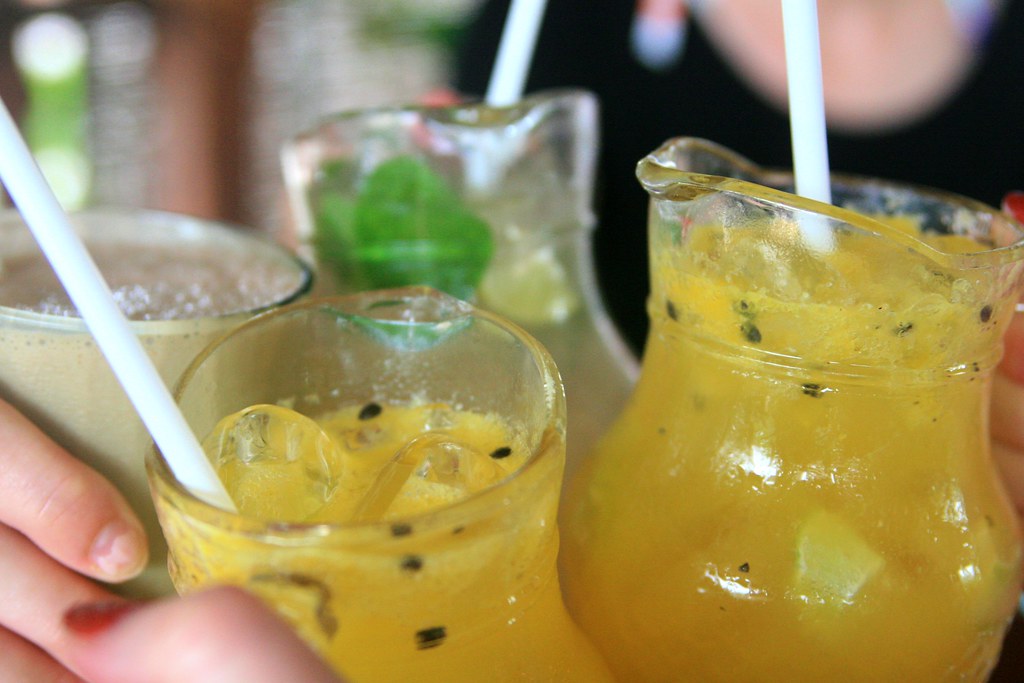 Lunch was a smoothie of dark chocolate, banana, strawberry, honey and curd, which really hit the spot - sweet and refreshing and indulgent from a cafe called Calorie Counter. Everything on the menu had the nutrition info with it and it was mostly healthy options.

Apart from my smoothie, apparently. 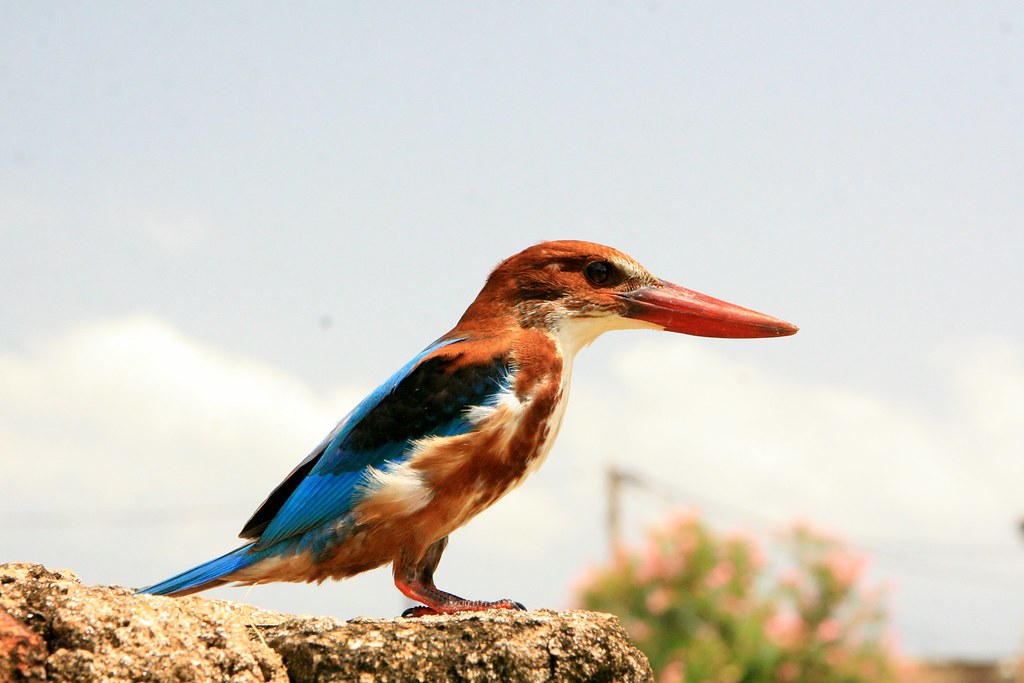 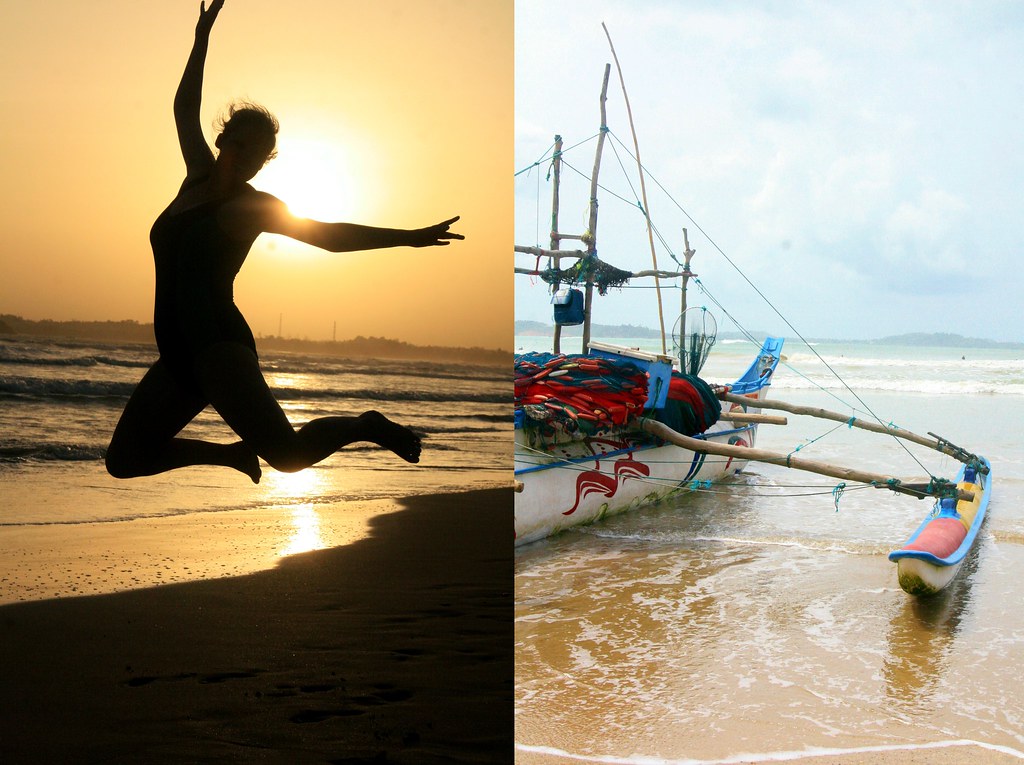 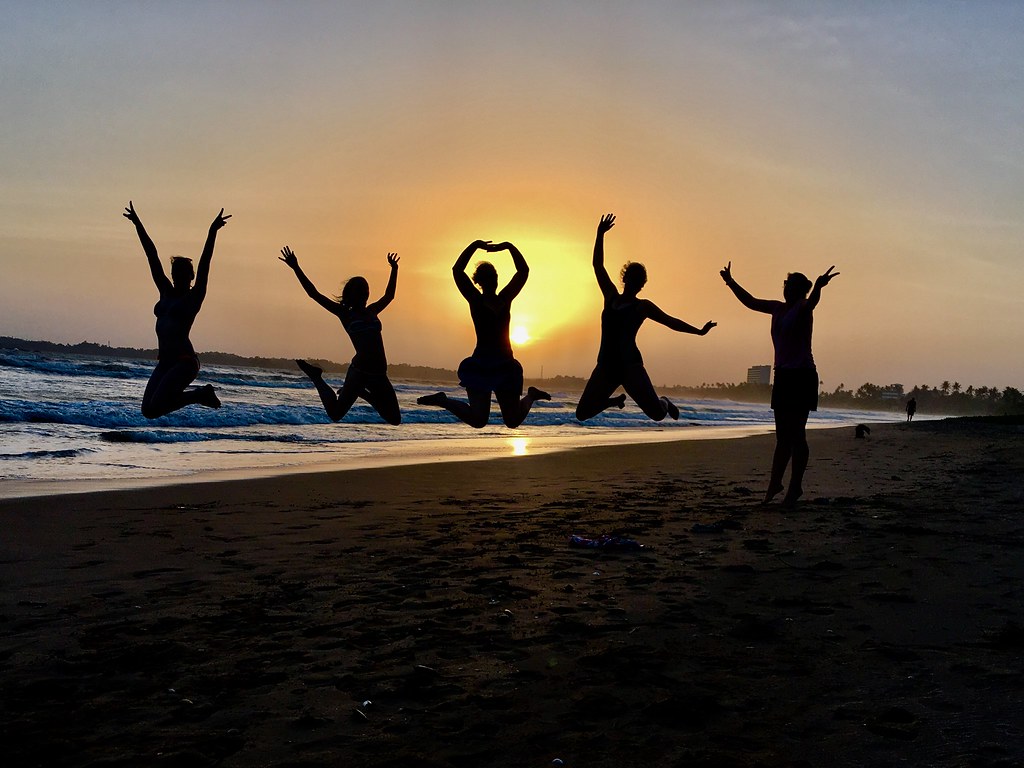 All this was topped off by a potter to the beach to watch the sunset and get the proper jumping pictures. 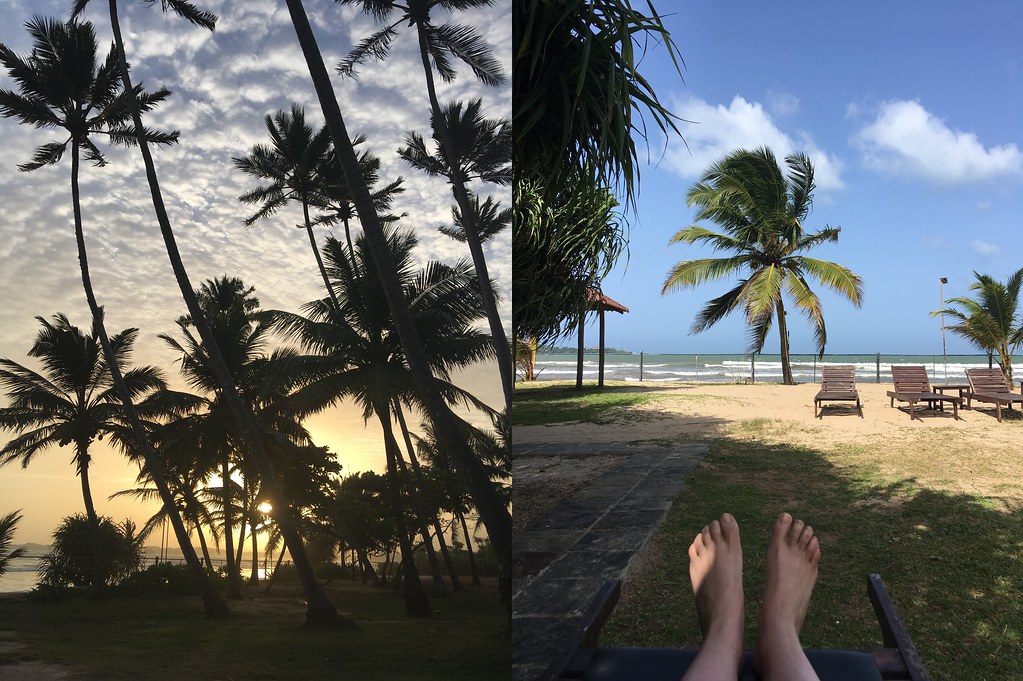 Early evening arrived and it was time to shower and change and prepare for the pre-dinner bus party. My roomate Lorna and I were first on the bus and cheery drivers Kals and Suji plied us with arrak (the local spirit of choice) and the Sri Lankan version of Bombay mix (yum) and we took selfies and sent them to the group to come along and party. 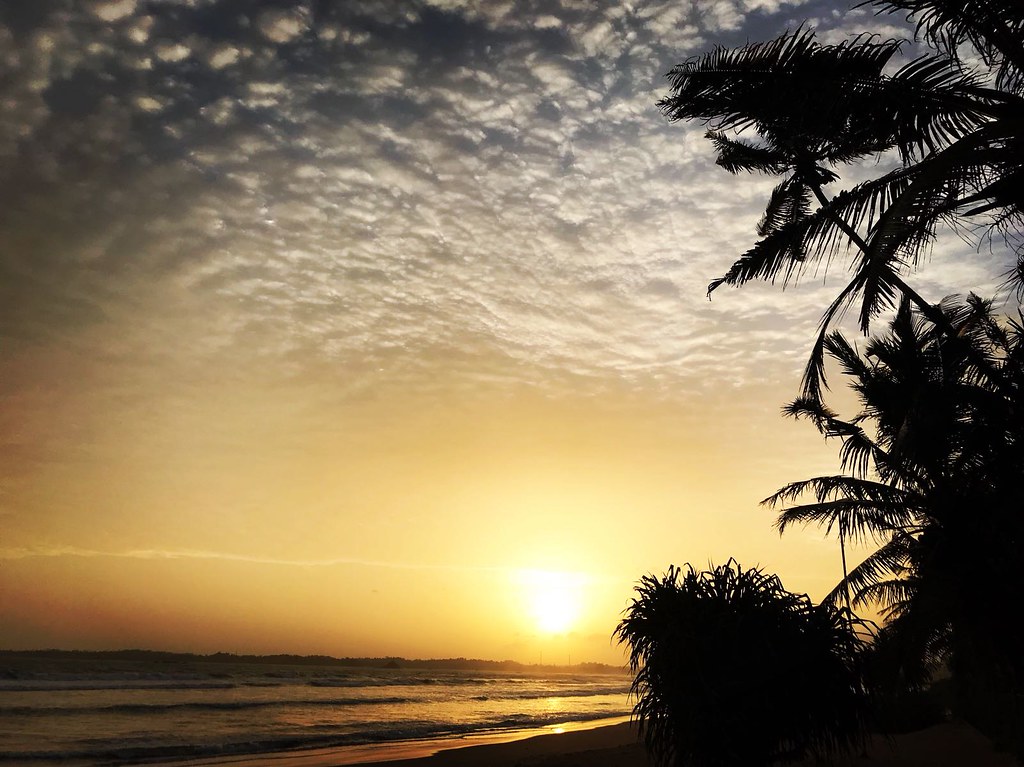 Kals’ English seems to consist mainly of the phrase “Bus Party” and he flashed the lights and blared the music, which was basically the same half a dozen songs from the nineties.

As more of the gang arrived, more arrak was poured and we were three bottles down and half an hour late for our reservation by the time everyone had arrived. I was characteristically starving and in need of something to soak up the drinks.

Our guide, Ud, had talked the hotel into giving us a special table outside with a little bar with 20% off drinks and unlimited kothu roti for 500 rupees. Bargain. The hotel had threaded fairy lights through the trees and set up a little sound system and we joined the non-bus-party elements of the group and I hoovered up two plates of kothu which was admittedly very delicious. Or at least filling and carb-based which is the same thing when you’ve had several glasses of arack. 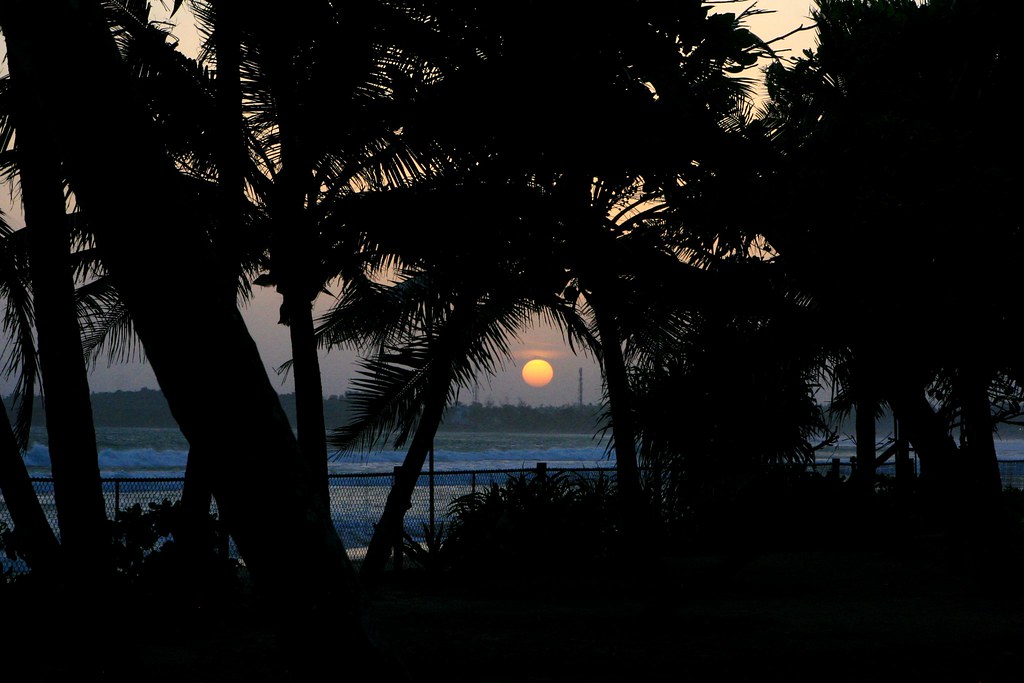 We were served fruit and cake to finish, I ordered a mojito (freshly mixed and also delicious) and we spent the night dancing by the pool.