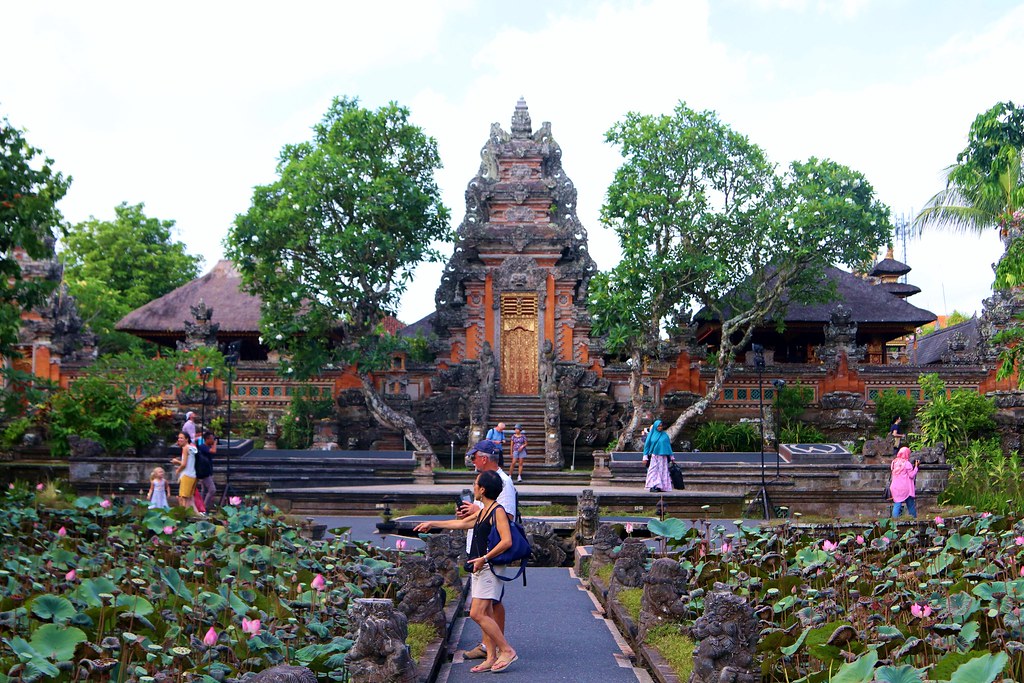 On our trip to Indonesia in October, Pete and I spent a few days staying near Ubud, a town which is often thought of as the cultural hub of Bali. Bali is home to innumerable temples, and we spent an afternoon in the town visiting the Saraswati temple, which was the one I wanted to see the most. This is my journal entry for the afternoon we spent looking around.  And if you want to read more about our Indonesian Adventures you can find them all linked here. 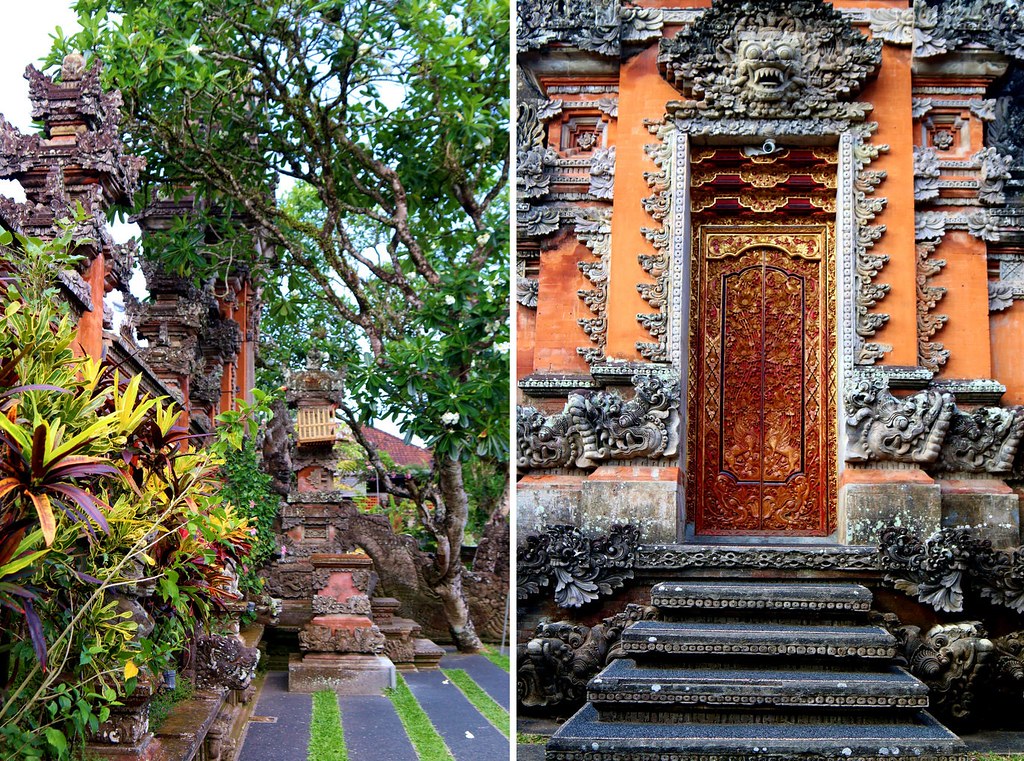 We strolled through Ubud looking for lunch. The traffic was intense and paid no heed whatsoever to trifles such as pedestrians or the law. But we managed to turn into a quieter road - only mopeds to dodge - and choose a little restaurant to lunch in. It was cooler than outside, with the sun screened behind hanging vines and ferns and we sat in the window, watching the world go by. 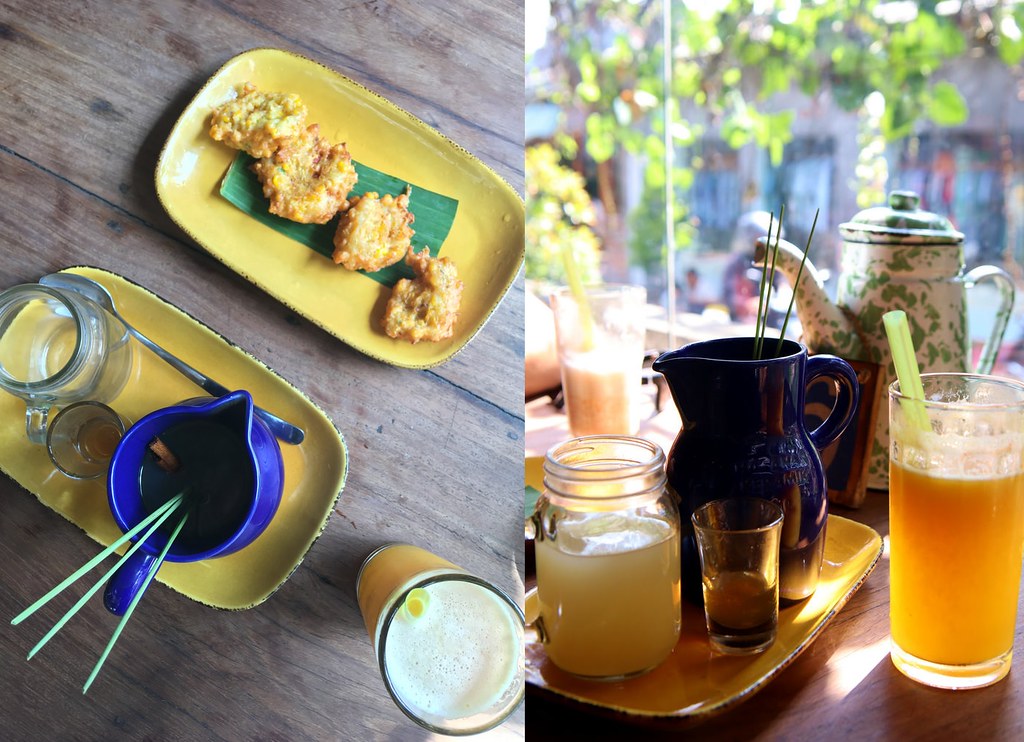 We ordered some fresh juices (proper ones, no syrup) and I had a herbal tea, which was packed with cinnamon and lemongrass and had a very fiery hit of fresh ginger. We split a plate of sweet corn fritters which were amazing and as the sun dappled the table, we tucked into a couple of new Indonesian dishes. I had tofu and peanut noodles which was fine, but I think Indonesia has already nailed it with the mie goreng. Hard to beat! 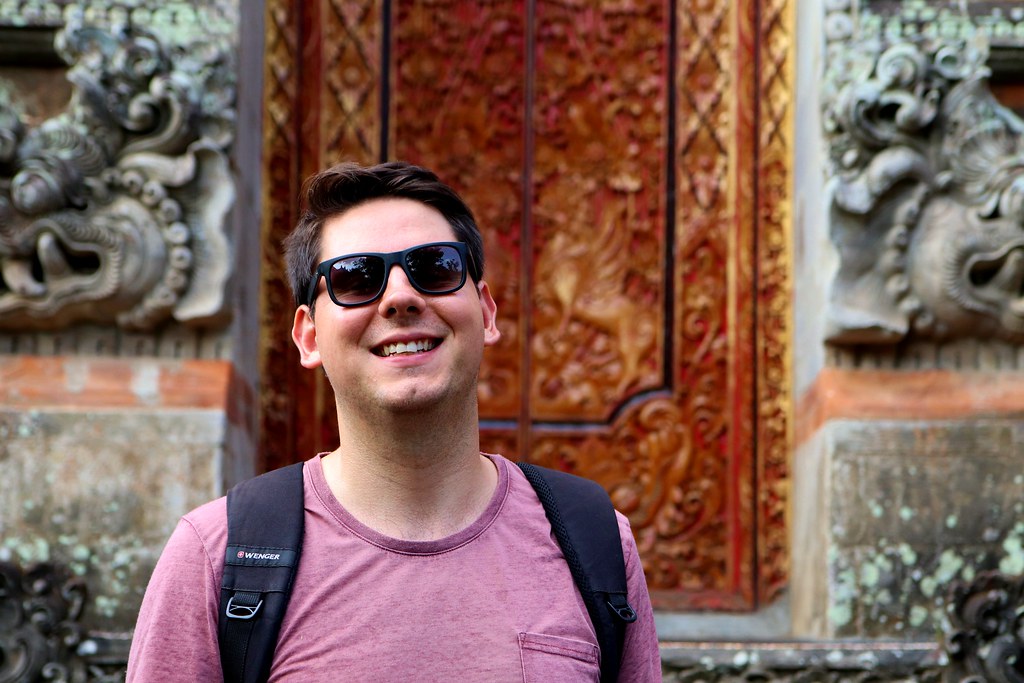 After lunch, we set out to explore a little further, looking for the Saraswati temple. There are apparently about 4000 temples in Bali which is a truly staggering number, and every other building in Ubud seemed to be a temple as well. Many had strict entry codes out of respect to the Hindu culture: shoulders and knees needed to be covered for instance. Visitors are prohibited from entering some full stop, and there seems to be a blanket ban on menstruating women. 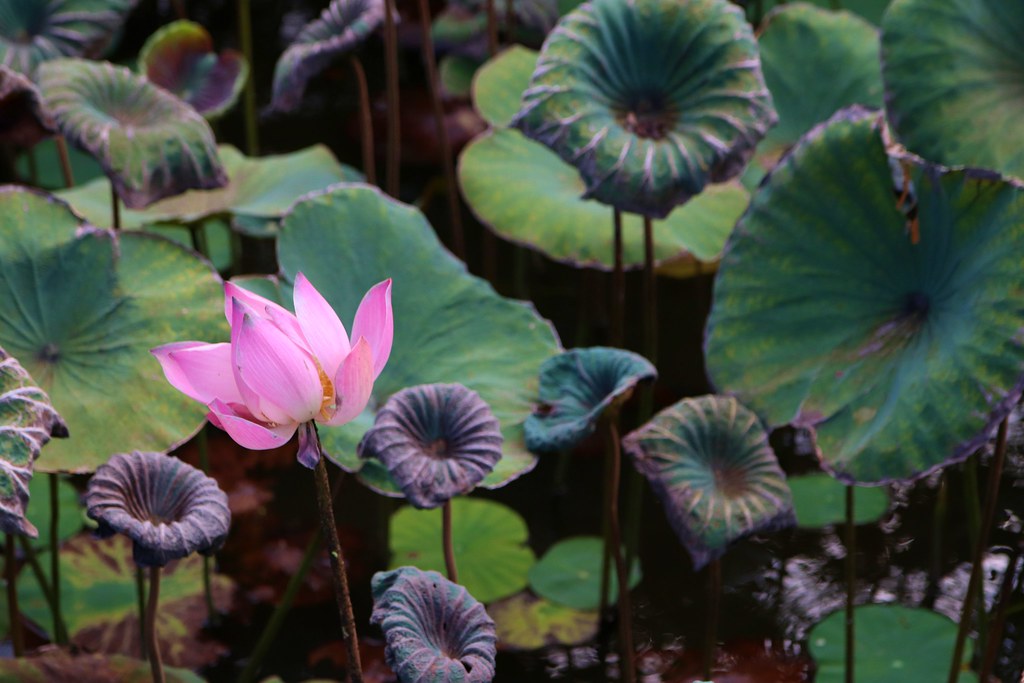 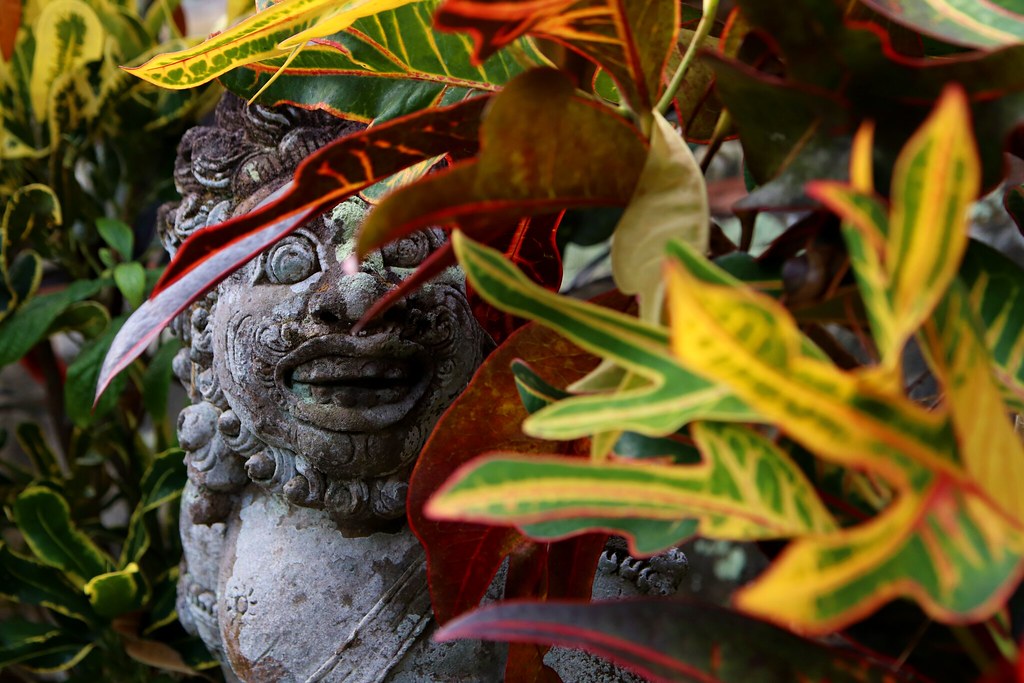 To be completely honest, this is where I run out of patience for respecting the practises and traditions of another culture. First: how would they know? And second, when in history did this rule come about? Periods are historically used to oppress and embarrass and shame women and I feel like everyone needs to just get over this already. And if that’s intolerant, then that’s unfortunately what I am.

The saraswati temple turned out to be free to visit (the outside anyway, few are allowed to actually enter the temple unless conducting a ritual or praying) and as I have a coil jammed into my uterus, I rarely if ever menstruate. So we went in. 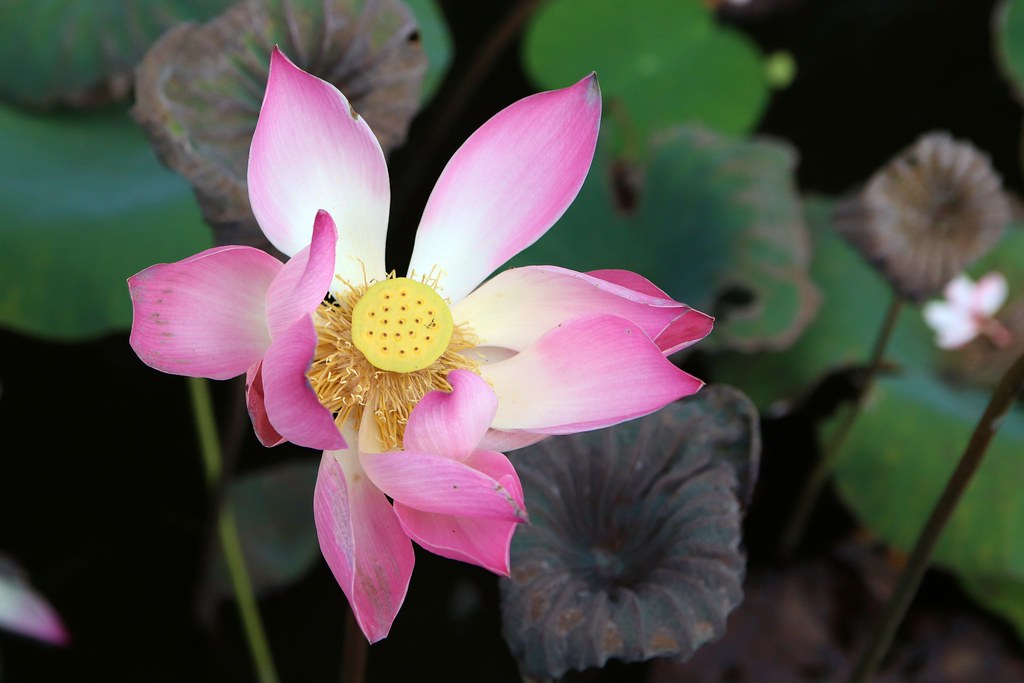 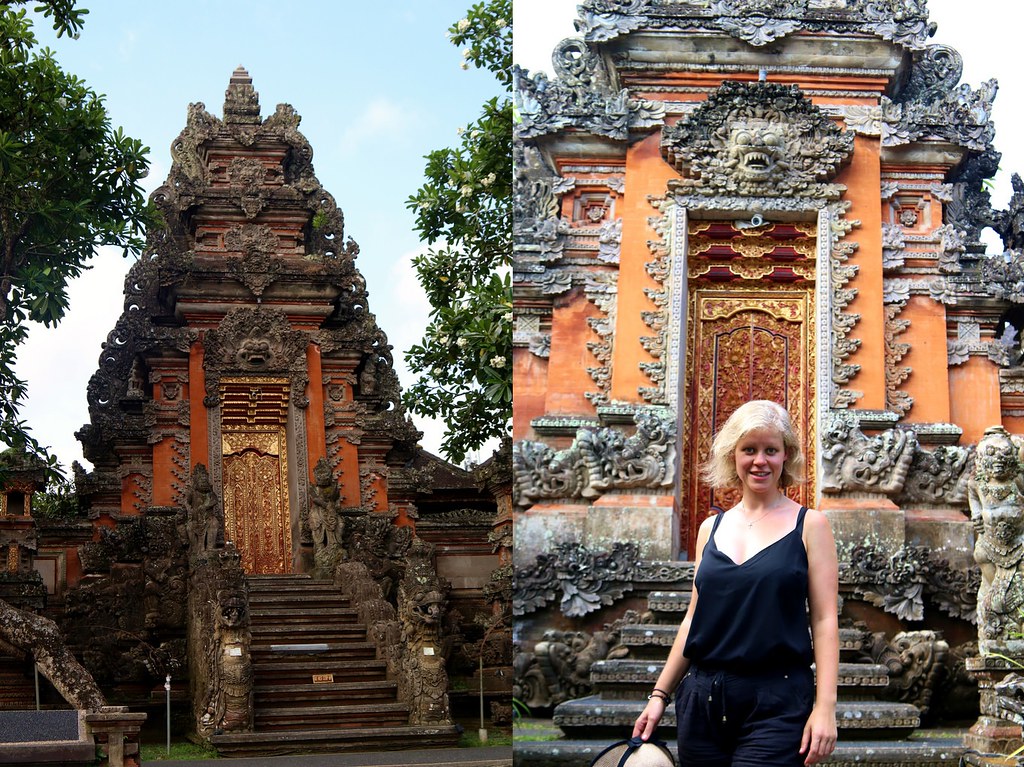 Spread out before us was the reason I wanted to visit: the temple is flanked on either side by giant ponds overflowing with waterlillies. And they were in every stage of growth: leaves of all sizes, some huge and green, other small and brown. Blousy pink flowers dotted here and there, some tightly in bud, some open to the sunshine. And seed pods: the most alien and fantastic looking heads bobbing on stalks far beyond the water’s surface. 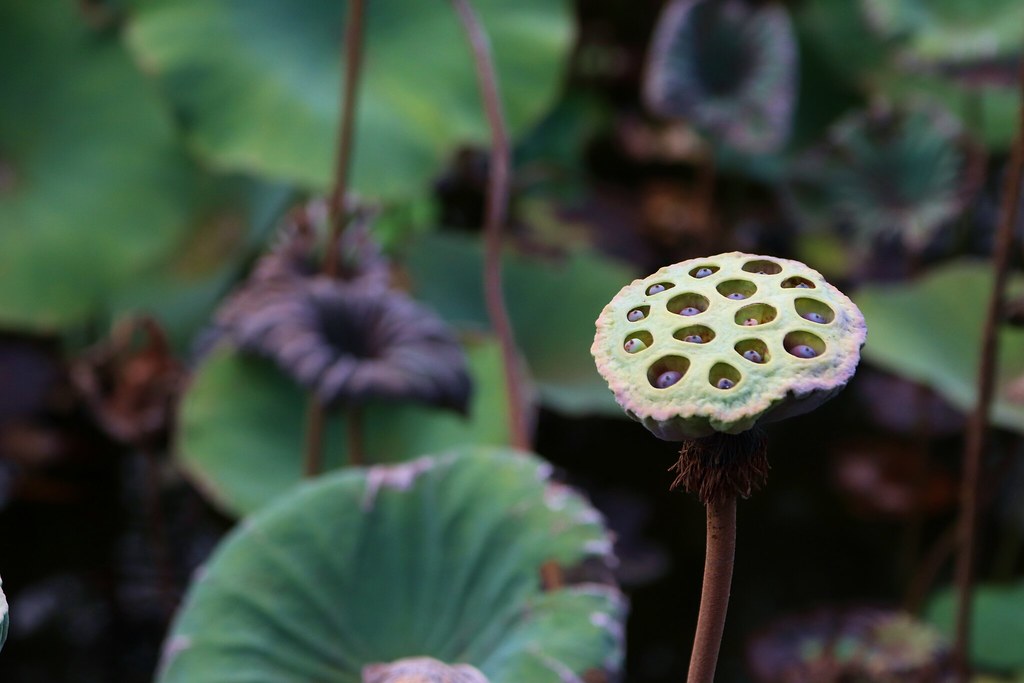 The whole scene made a beautiful foreground to the temple, which was intricately carved and ornate. The surrounding plants as well as the waterlillies added a riot of colour to the whole scene and all was very peaceful. 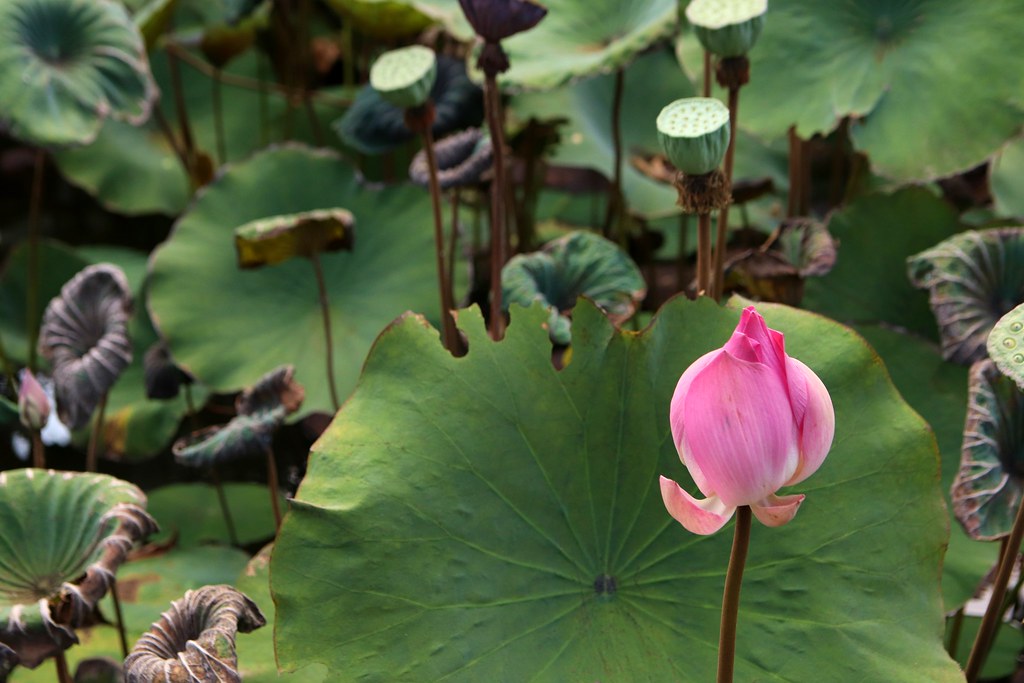 After the temple, we dove into the marketplace, which was full of stall upon stall selling Bali paraphernalia: dream catchers, coasters, little round handbags, wall hangings and a strangely large number of penis-shaped bottle openers, in a variety of sizes or available as a 5-pack. Just weird. Pete picked out a painting that he liked and we sauntered on slowly, taking it all in. 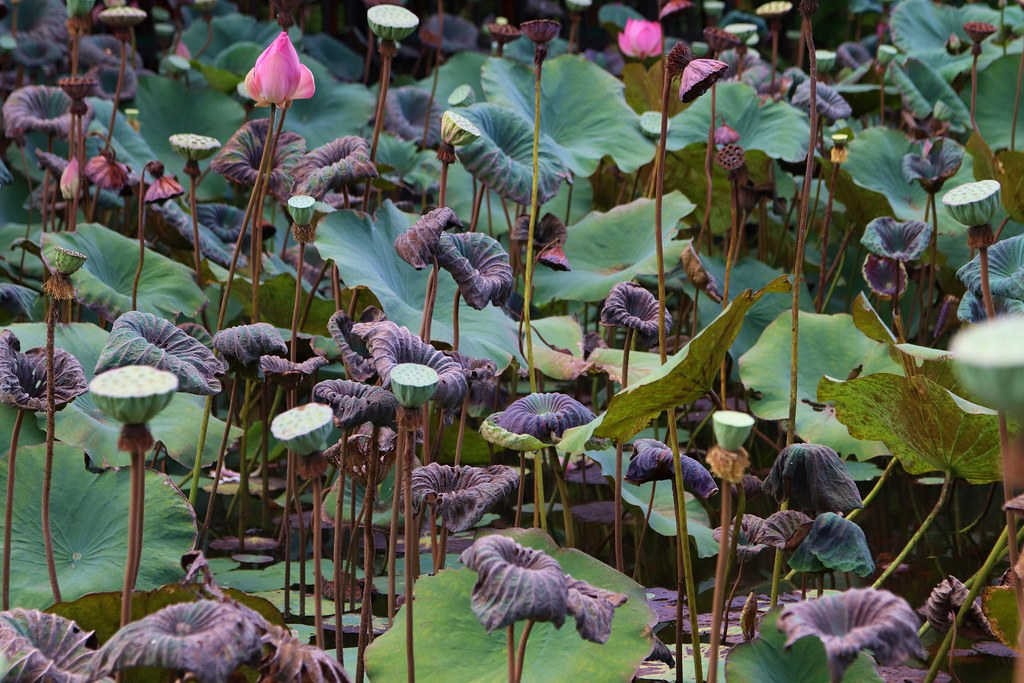 We grabbed a taxi back to the villa after that; being out in the sweltering heat all day had certainly made us ready for a bit of pool time, a sit down and some air con. So that’s exactly what we did. And I followed up with some travel journal time in my poolside lounger, watching the sun sink behind the ferms and smiling as the frogs began their nightly conversation. They can’t ever seem to agree on anything. 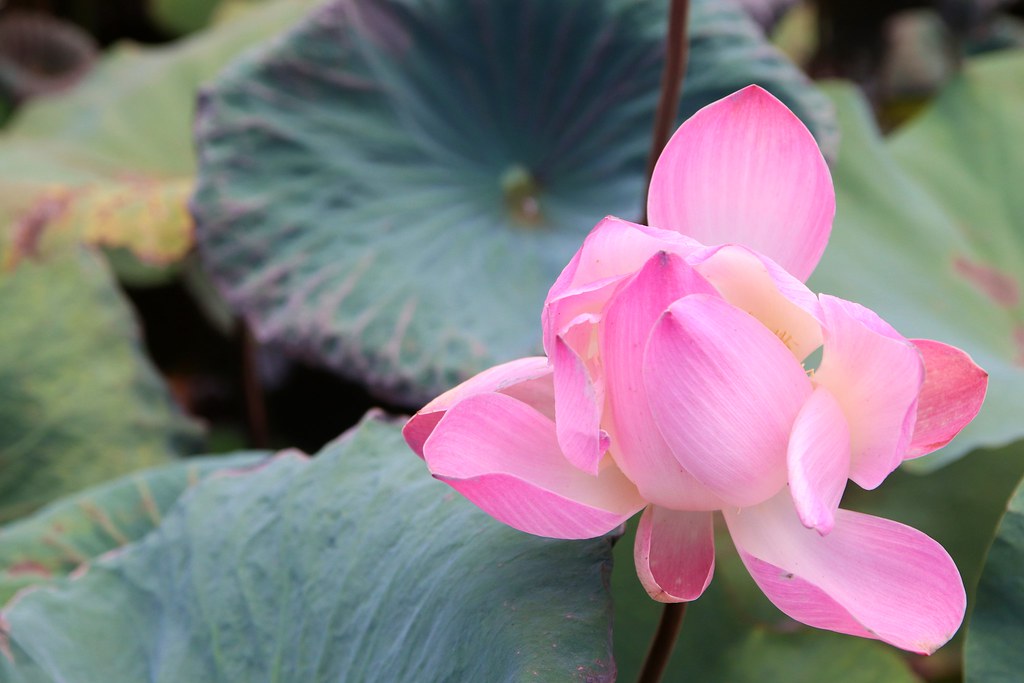 Eventually the persistence of the bitey things drove me inside and I made myself a cuppa. And spied a tiny lizard hanging out on the drying rack. I had spotted him briefly a couple of days before but it was quite nice to see him back. He was barely as big as one of the joints on my little finger. I named him Terry and introduced him to Pete.

We decided to fall back on pizza for the evening, ordering a couple in to try with fries. Pizza is something that doesn’t always translate well to other countries (worst pizza I’ve ever had was in Sri Lanka; fair play) and I don’t really mind; in the main I reckon sticking to local flavours is the best way to get nice food. But we enjoyed the pizza, finishing off our Netflix series Atypical while we ate.

And so to bed.

P.S. You can find other stories from our exploits in Indonesia here: Indonesian Adventures