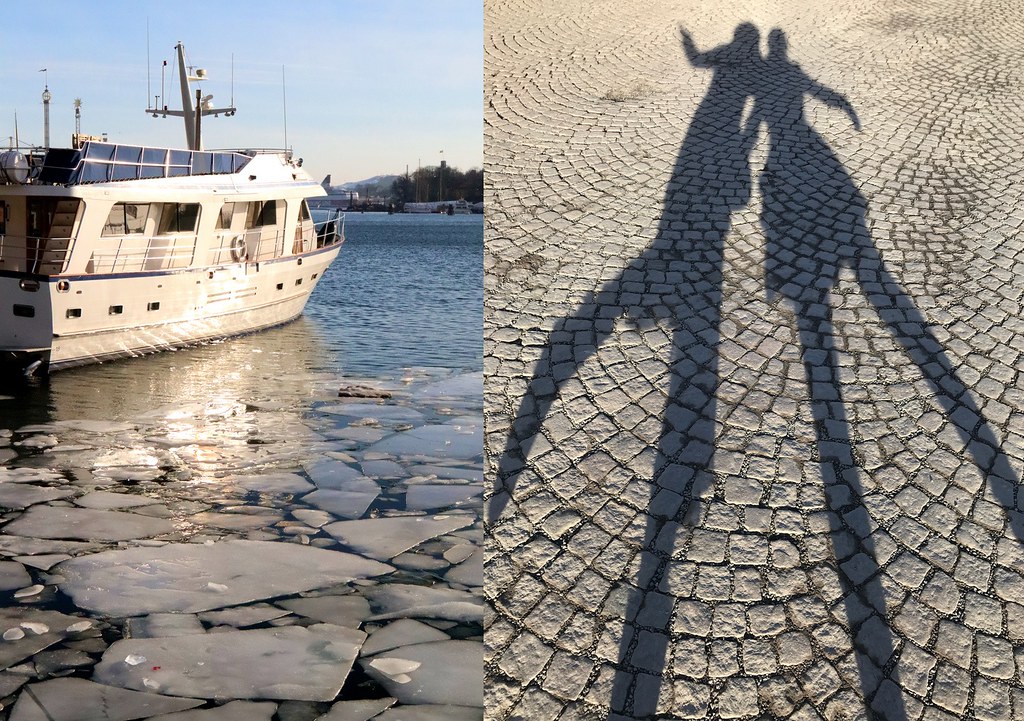 In February half term, my lovely colleague Wendy and I hopped a cheap flight to Stockholm to treat outselves to a little adventure in a beautiful Scandinavian city. We had to get up scandalously early (3:20 am, baby) to make our flight from LHR. But we met up and doodled around the airport, inhaling a much needed cuppa at Eat. We made a beeline for Eat actually, simply because last year on our Copenhagen trip, we schlepped around the whole of terminal 2 sizing up the options and settled there, so this time we didn’t bother checking out the competition.

I had a sensible breakfast at an insensible hour of fruit: an apple, a pear and 2 satsumas swiped from my fruit bowl at home. Which saved me a few pennies. I then chased it with a Twix which I had swiped from a student the day before. You know you’re on half term when you’re munching on chocolate pinched from one of your pupils and that there can be no comeback for a week.

A few sleepy selfies later, we were at our gate, boarding our plane and looking forward to spending the next three days exploring Stockholm. 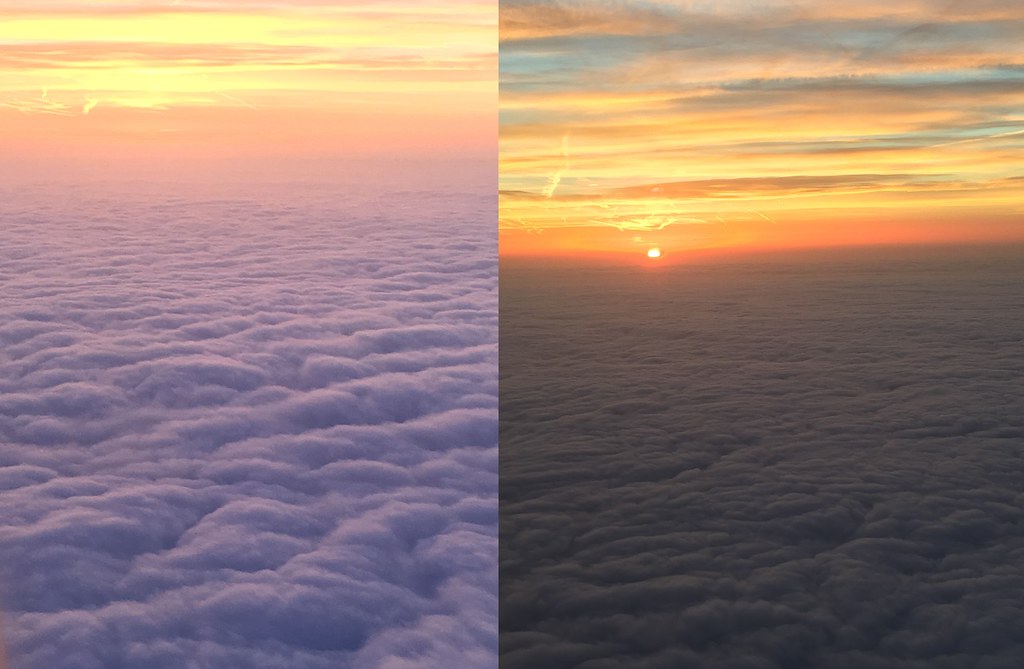 This preamble is actually just a long way of saying: got up early, got on plane. Yay holidays. And also that it's totally acceptable to lean over people who steal window seats on planes but then fall asleep and fail to notice the most glorious sunrise.

The flight ran smoothly, there was a free cuppa (winning) and we dozed, trying to catch up on a little sleep. Swedish border control is beautifully calm and efficient, and we were soon negotiating trains into the city centre. Or at least, Wendy was. She established that we had about 10 minutes to cross the airport, get a ticket and find the train. Which we did but then ran aground with the ticket machine. Almost £50 for a return to the city centre? It was literally cheaper to take a cab.

However, we somehow managed to track down a special ticket with a cheap rate and then glanced at the board to discover our train left in 3 minutes. Genius here, never one to refuse a challenge, charged down the stationary, apparently broken escalator only to have it start moving. 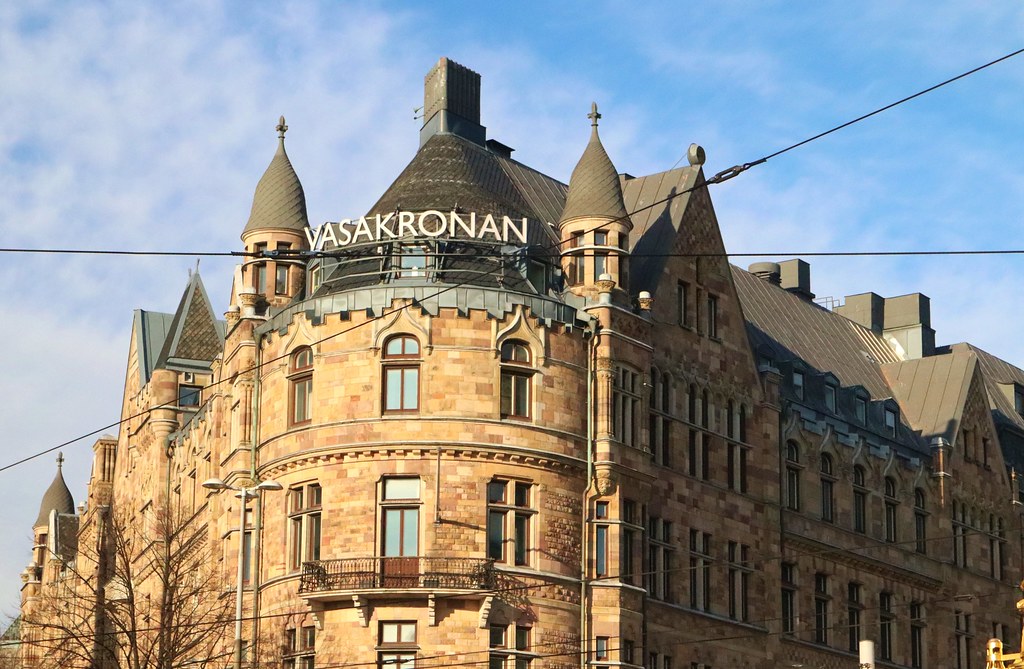 This caused me no small amount of surprise, not having been anticipating movement, and I high-tailed it sheepishly back to the top while Wendy laughed at me. We dashed down the correct escalator in pursuit of the train and eventually came to our platform with just under 2 minutes to spare. 1 minute 57 seconds to be precise, as the platform clock was literally counting down the seconds. 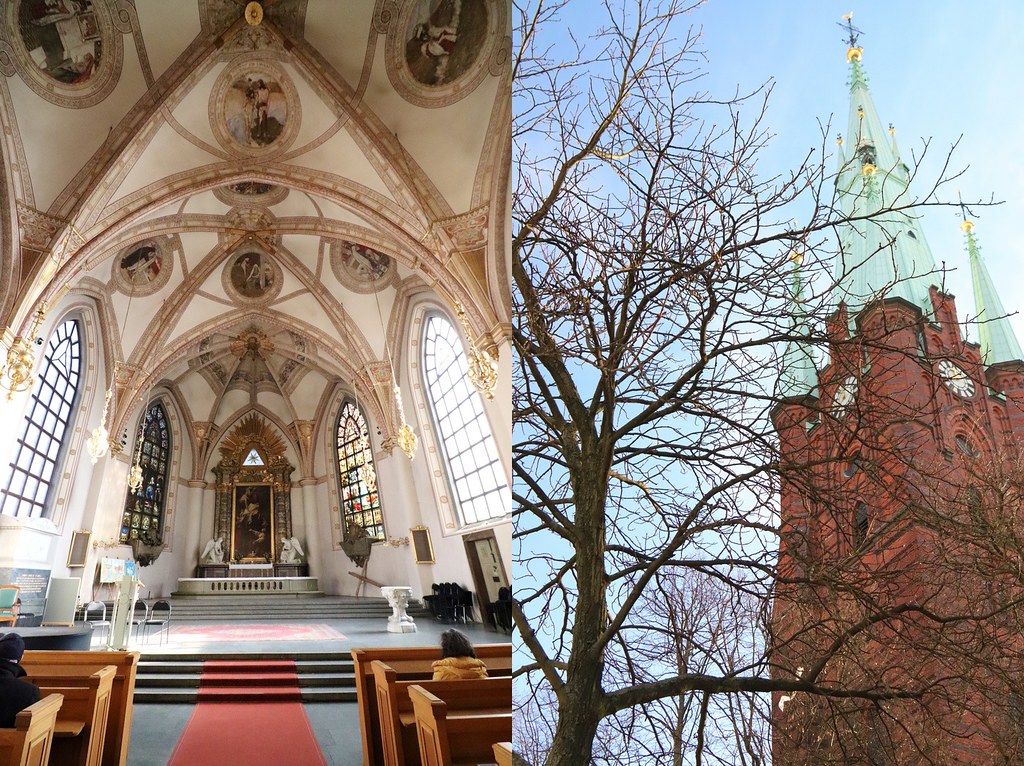 The ride to the centre was only about 20 minutes and we emerged into Stockholm cheerily and commenced battle with Google maps which point blank refused to decide where we were. After an awkward 2 circuits of the station and nearby building, the nice lady in tourist information took pity on us and directed us to our hotel. Which we had somehow missed even though it was right outside the station. 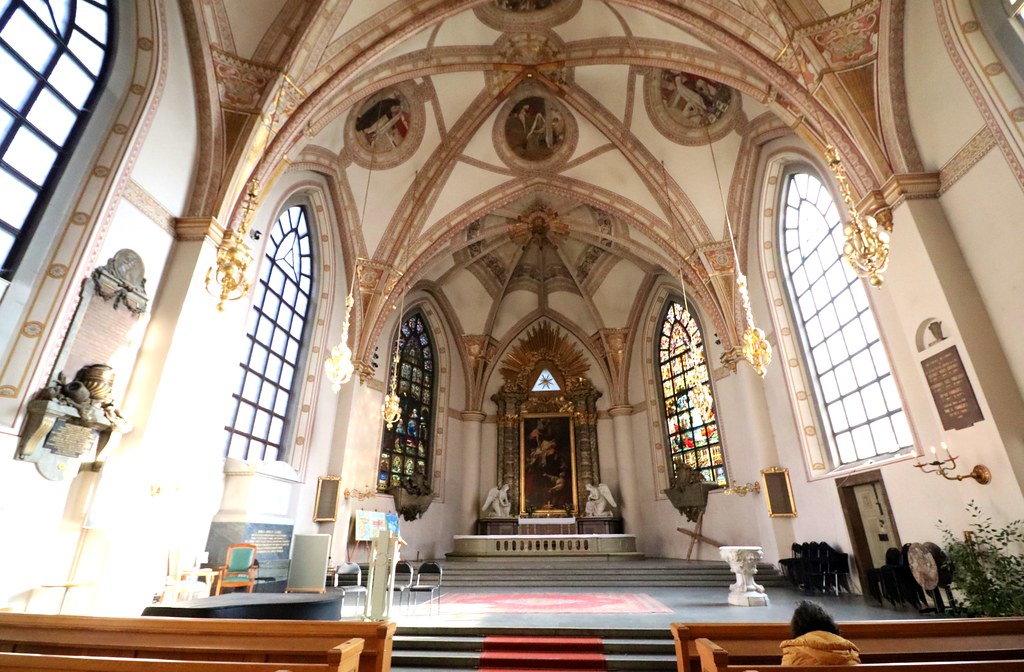 The hotel proved very nice (by which I mean there were free sweeties on the reception desk) and they looked after our luggage so that we could get out and explore. Let the adventure begin! 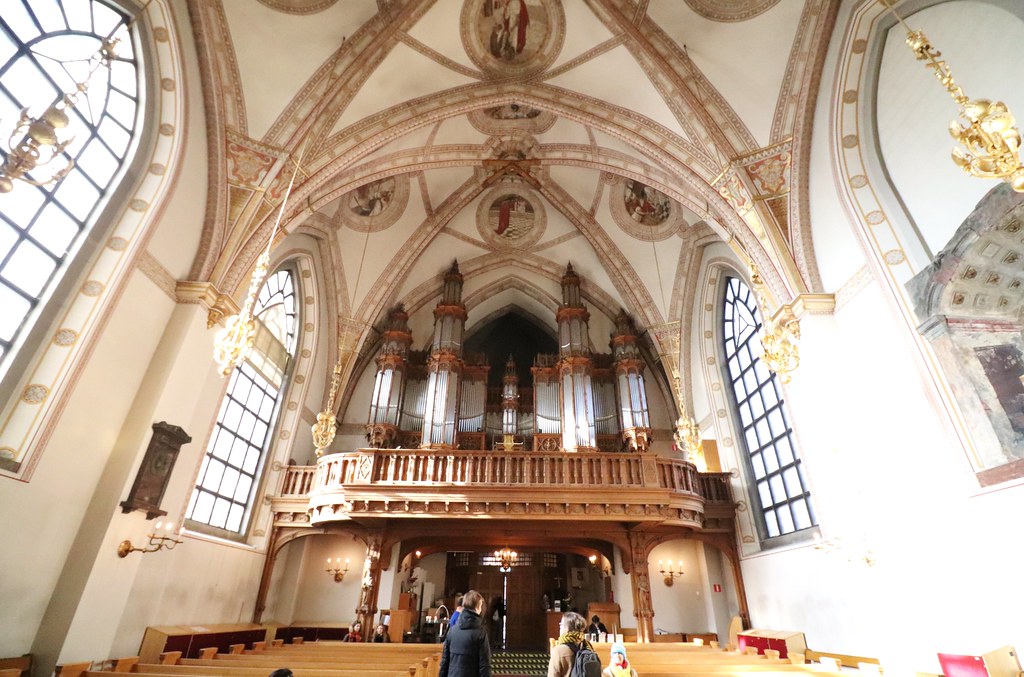 Shrugging off our earlier tiredness, we went in search of lunch. The weather was glorious and it was nice to be out and strolling the streets. We stopped often, cameras poised and wandered into a church: S:ta Clara Kyrka. It was beautiful and peaceful and lovely to visit. 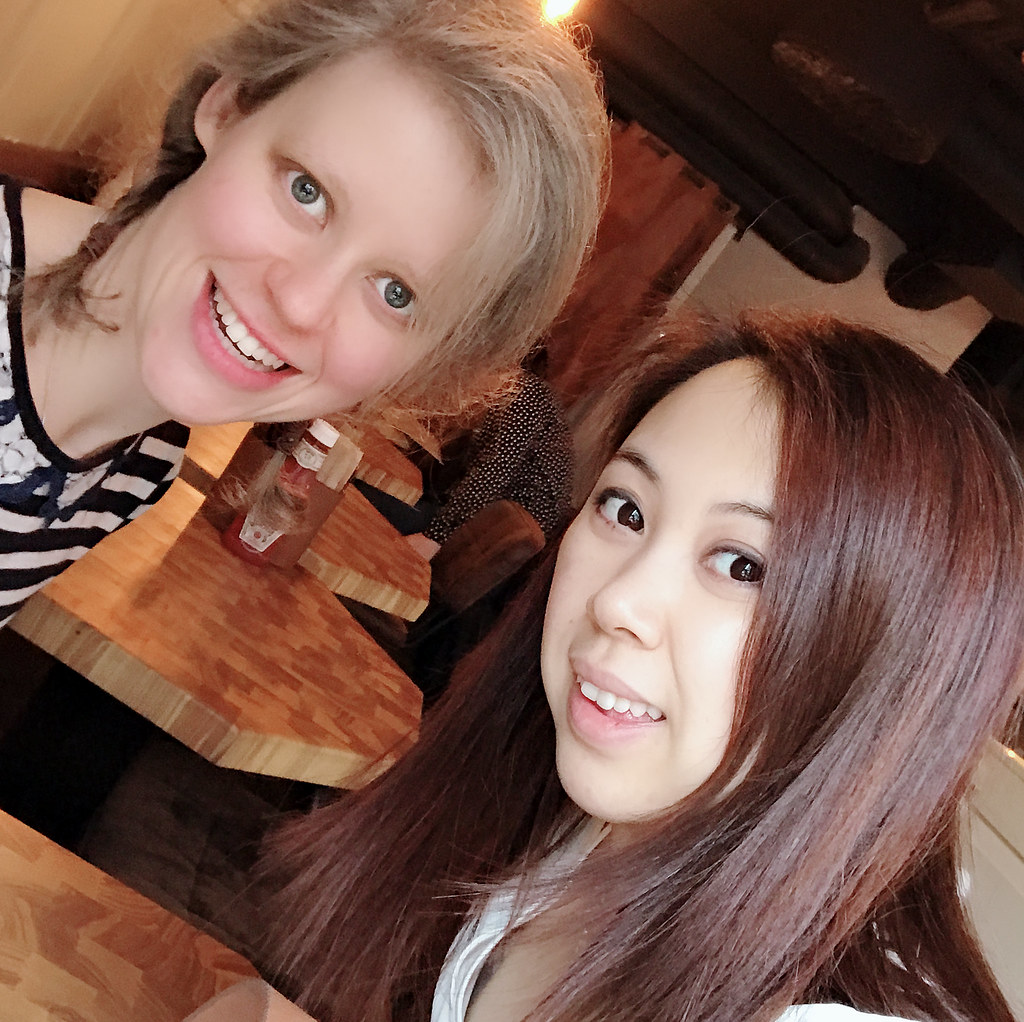 Given that breakfast had happened at around 5:00am, I was quite peckish and so when noon rolled around, we slotted ourselves into a table at tasty burger joint, Barrels, Burgers and Beer. Wendy had found mention of this particular burger emporium in the in-flight magazine and it did not disappoint. We were the first customers in and ordered quickly, playing around with cameras while we waited. Wendy uses her phone camera to get fab pics, but tends to use apps which make me look like an anime character when it comes to selfies. A little disconcerting 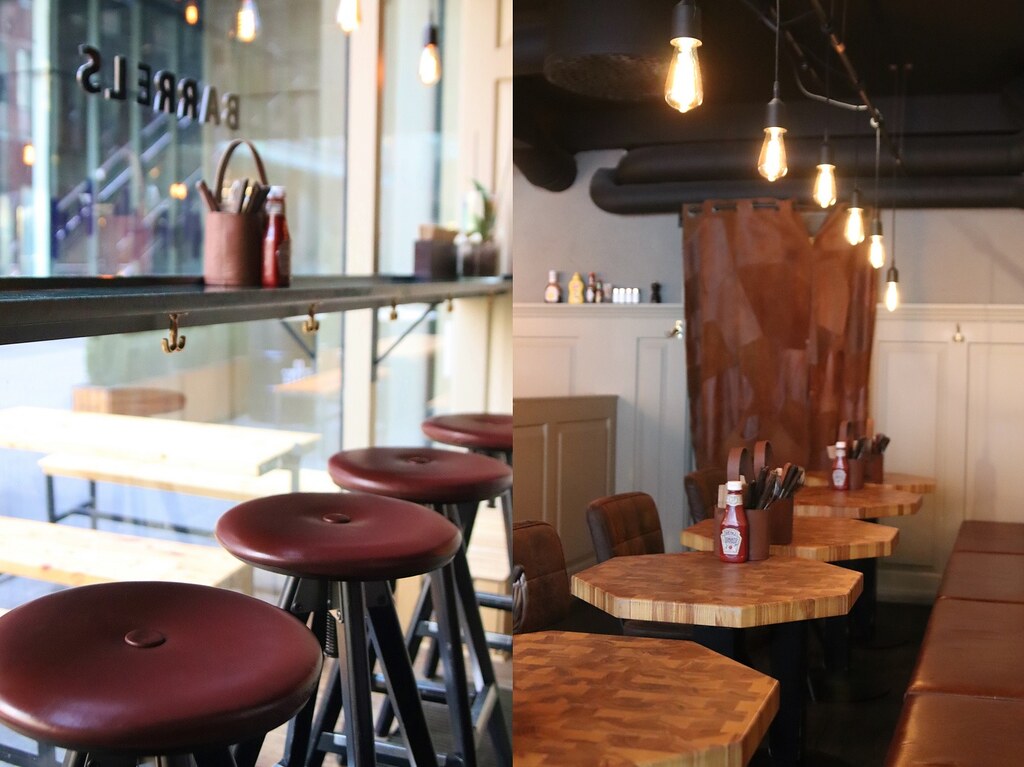 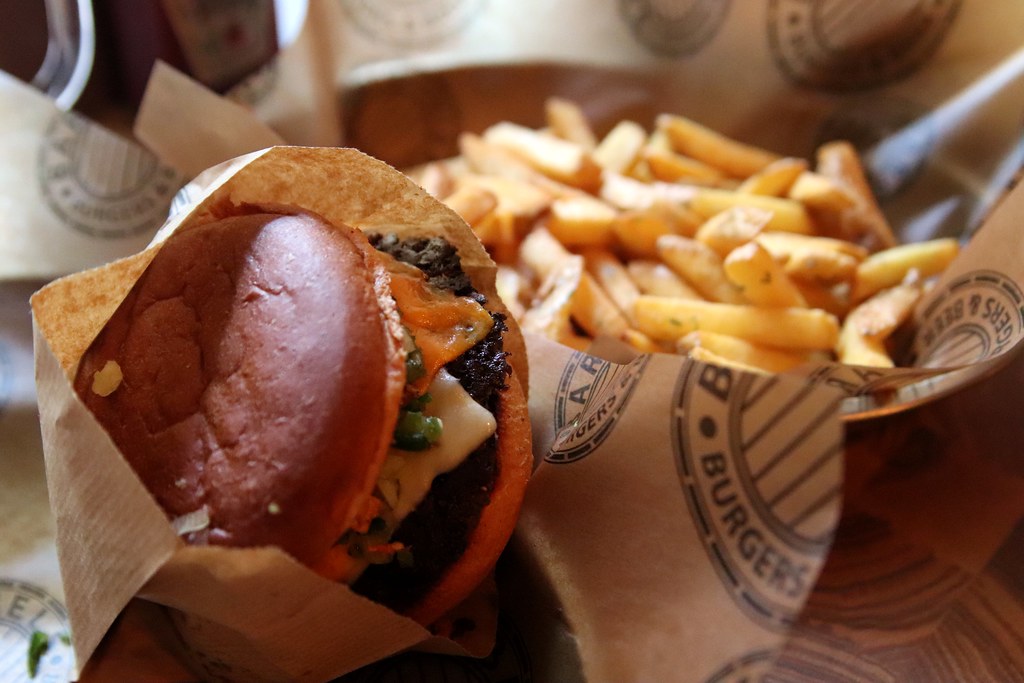 The restaurant quickly filled up and before long, tasty-looking buns were placed in our path. I appreciate that no-one’s main reason for visiting Stockholm is the burgers, but if it was, you could certainly do worse. 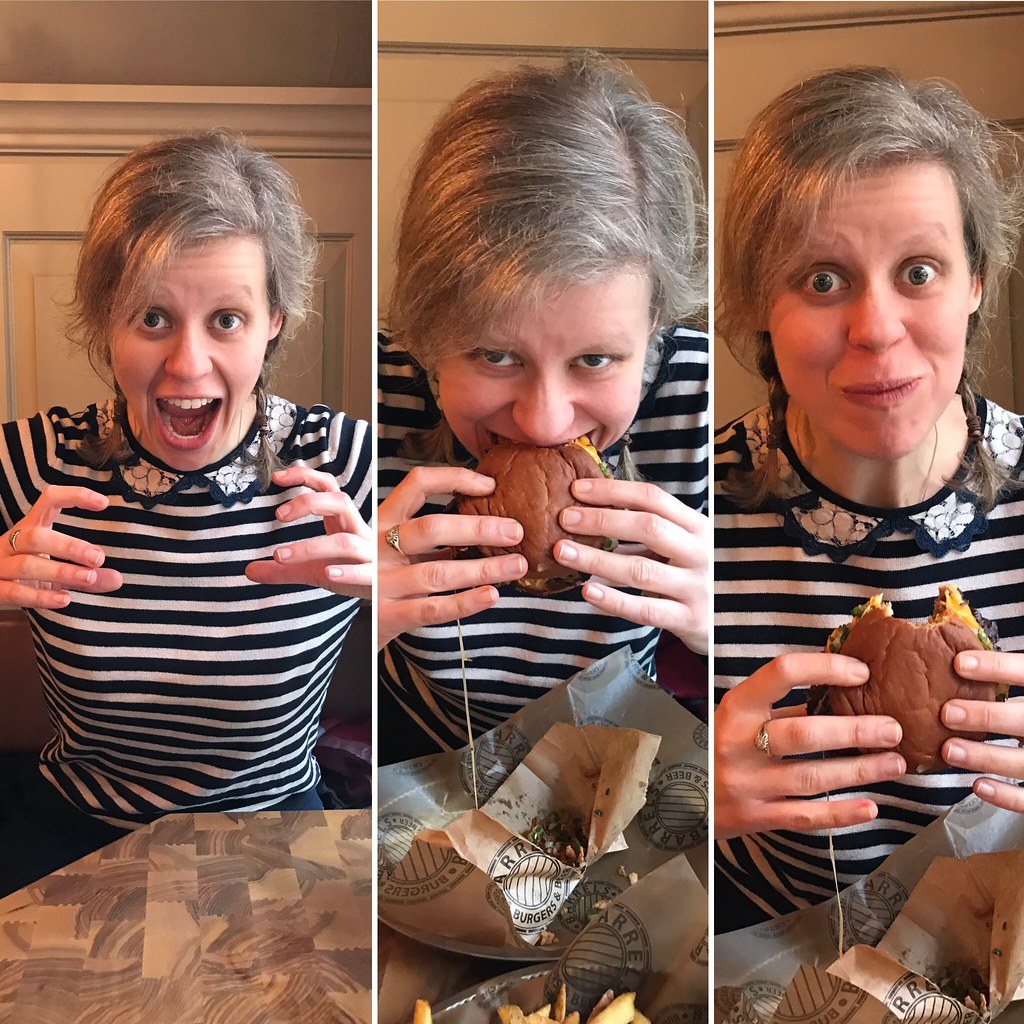 Mine was plastered with crispy onions and jalapeño and sriracha mayo, and oozing with cheese and it was So. Good. And also proved that if you wish really hard and your heart is pure, burgers will come to you. 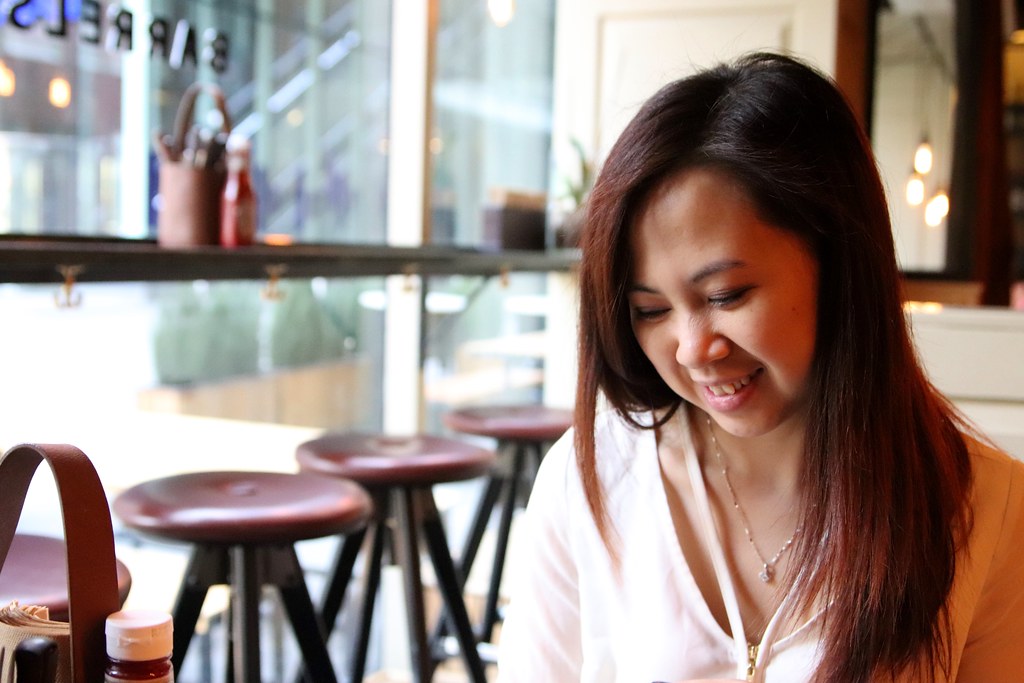 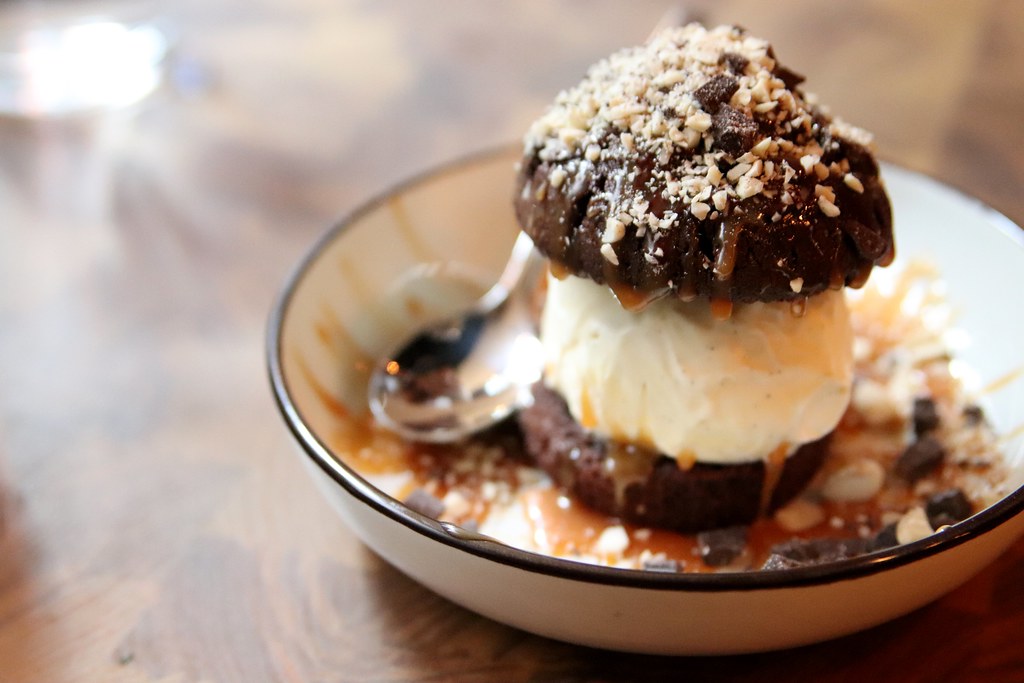 So good in fact that we followed it up by splitting a dessert burger: a chocolate muffin bun with vanilla ice cream patty, caramel sauce and chopped nuts and chocolate chips. 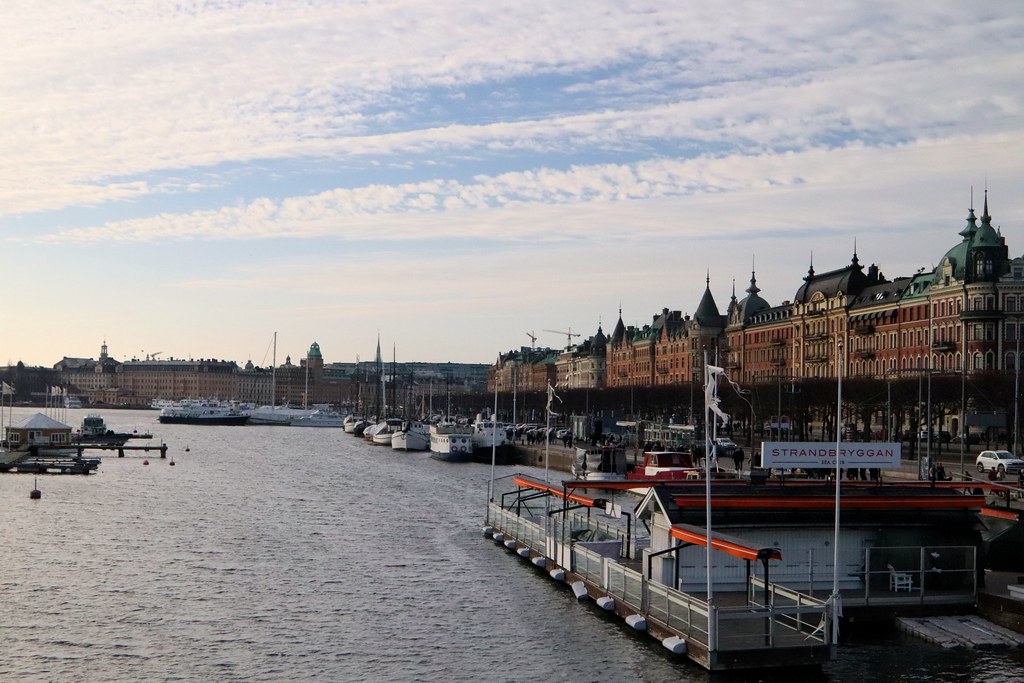 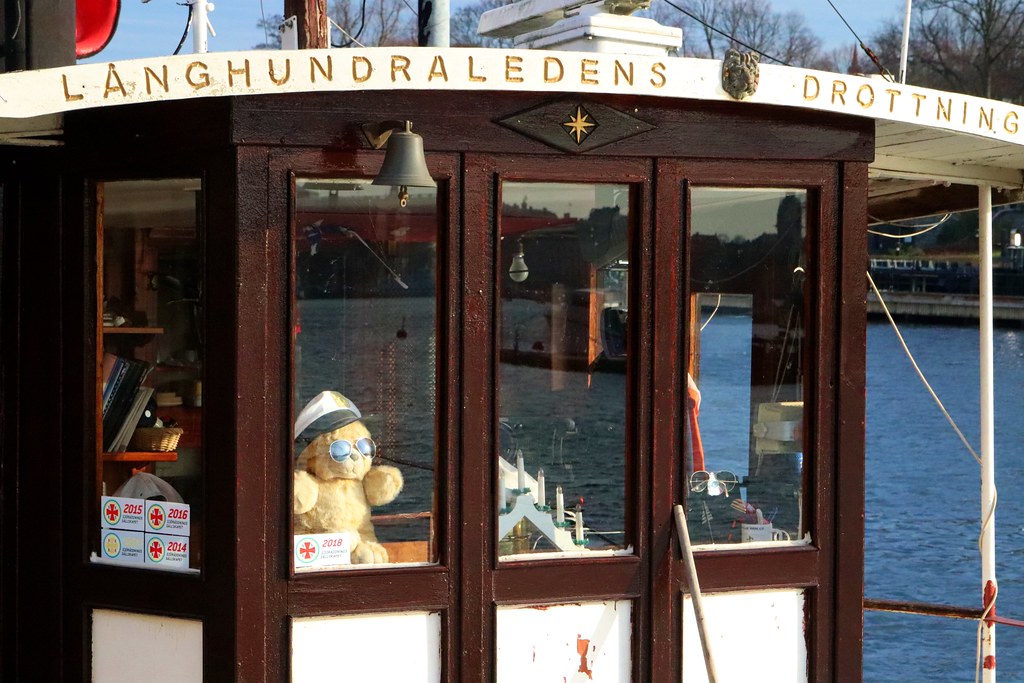 Having refuelled, we were ready to set out and explore properly. We pottered along to the waterfront and walked along the banks. The streets were calm, wide and incredibly clean, the air was fresh and pure, and giant, cracked sheets of ice coated the water in a mosaic of crystal. It was so lovely to be outside and on half term and we strolled along admiring the city, the views and boats we could see (and of course, Captain Teddy). 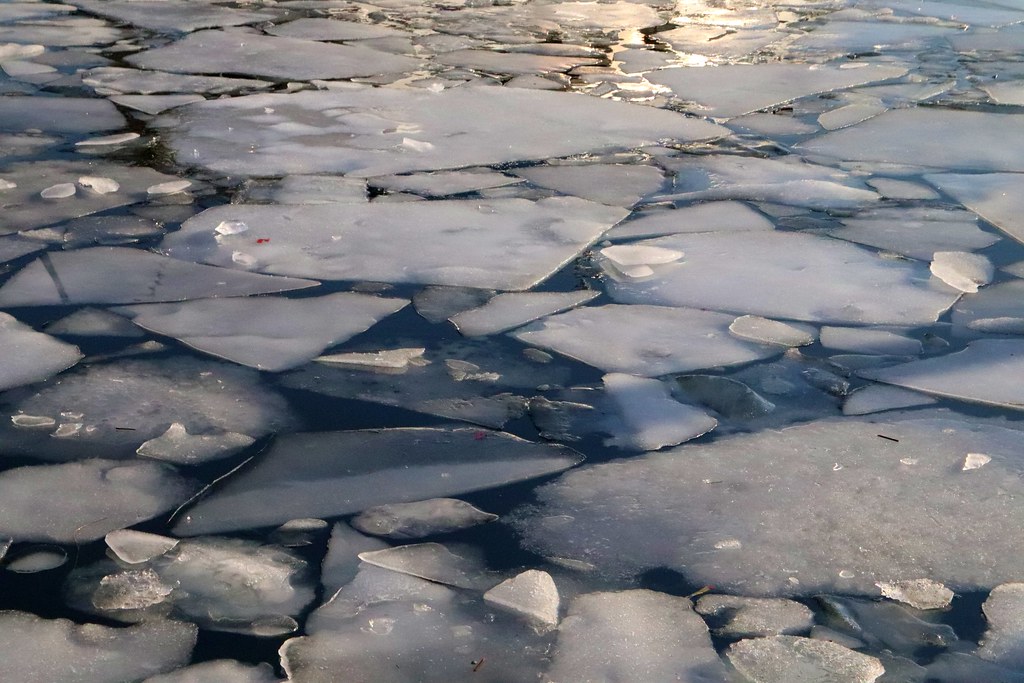 Wendy was too chicken to swim in the water - I think the floating sheet ice put her off. She doesn’t even like ice in her drinks, so if figures that she didn’t want ice in her river water either. I obviously would have swum, but I didn’t want her to get lonely. Totes. Obviously. 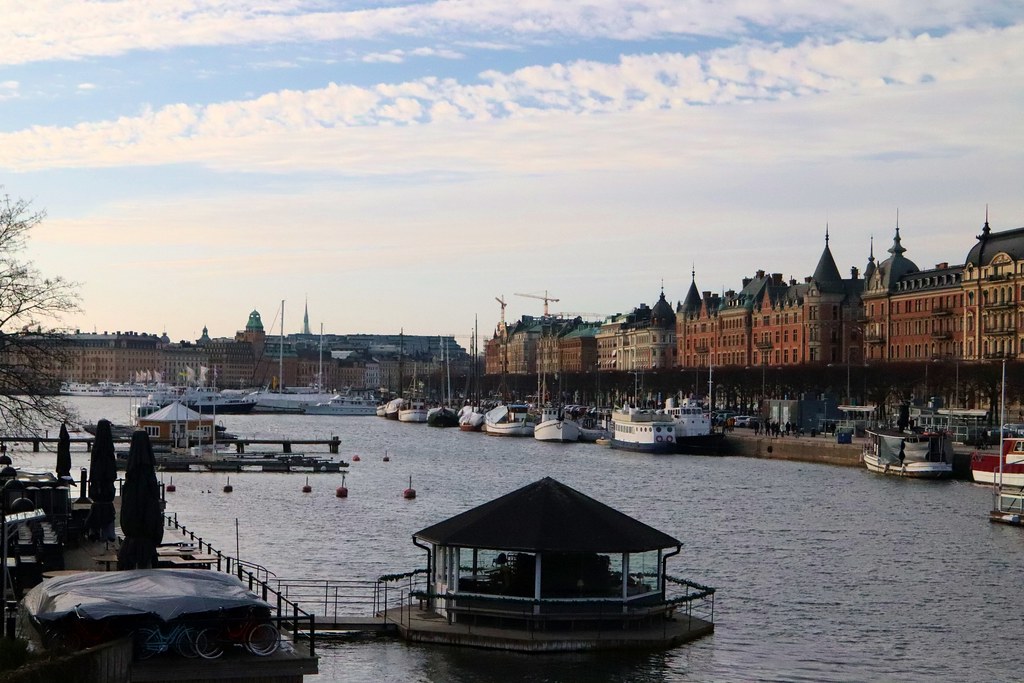 We crossed over a bridge into the next island and made our way passed the beautiful building which housed the Nordic Museum and pressed on to the Vasa Museum; another story for another day...

P.S. The more I see of Scandinavia, the more I love it.