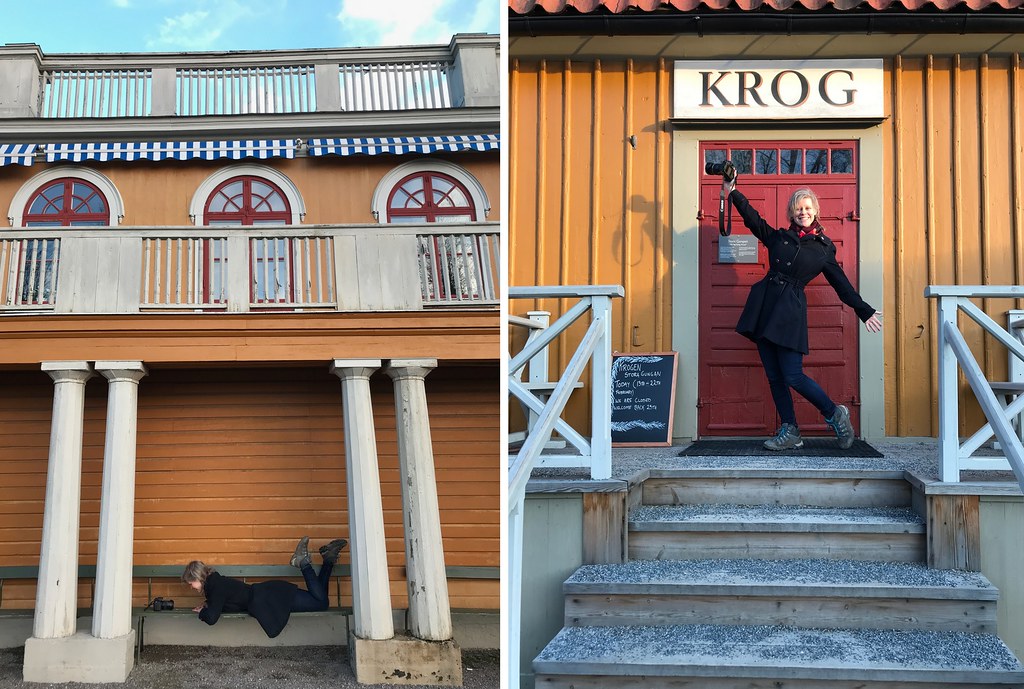 One of the most famous sights to visit in Stockholm is Skansen: a big outdoor museum and park. Wendy and I had heard good things and so we set out to explore! Google maps took us on yet another bizarre detour enroute. Fortunately, we found it anyway, but maps kept changing its mind about where we were and which direction we were headed, and we were haunted by the floating blue dot of indecision. Google maps was not covering itself in glory and I promptly decided to stick to Maps.me for all future excursions on foreign shores. It’s just so much more reliable. 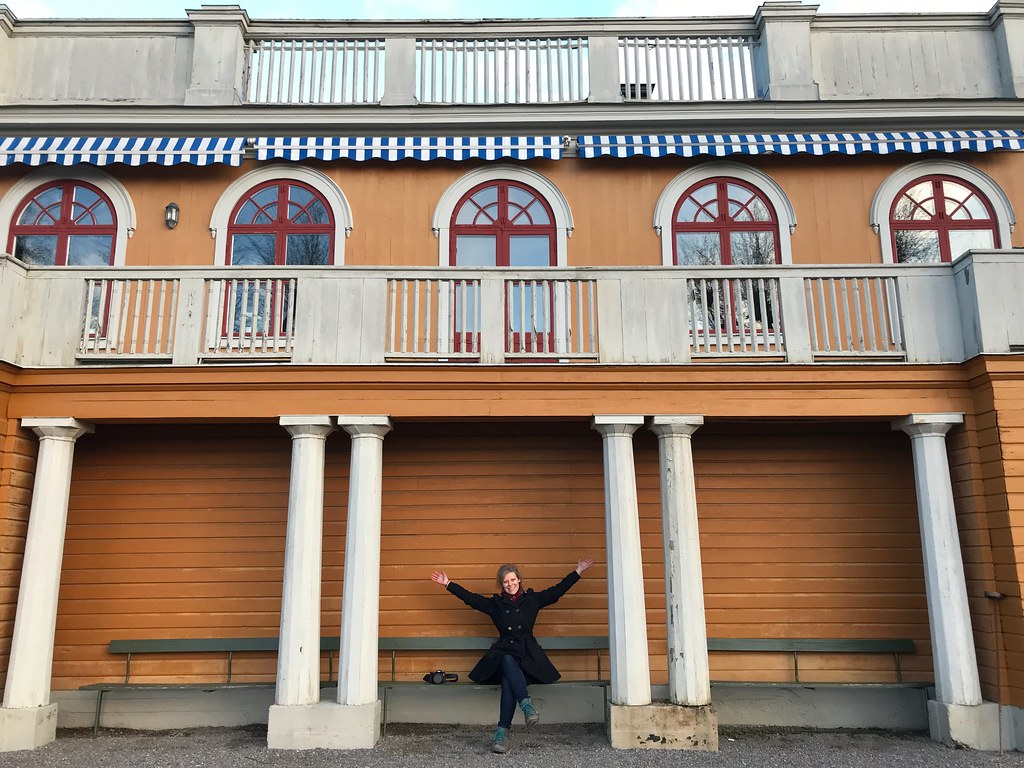 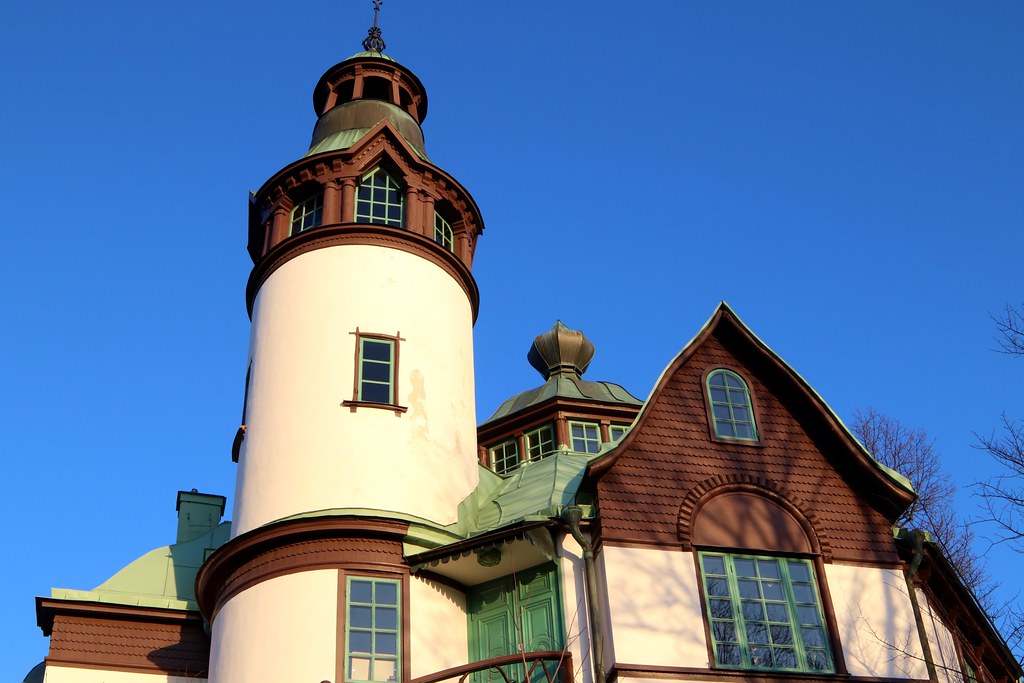 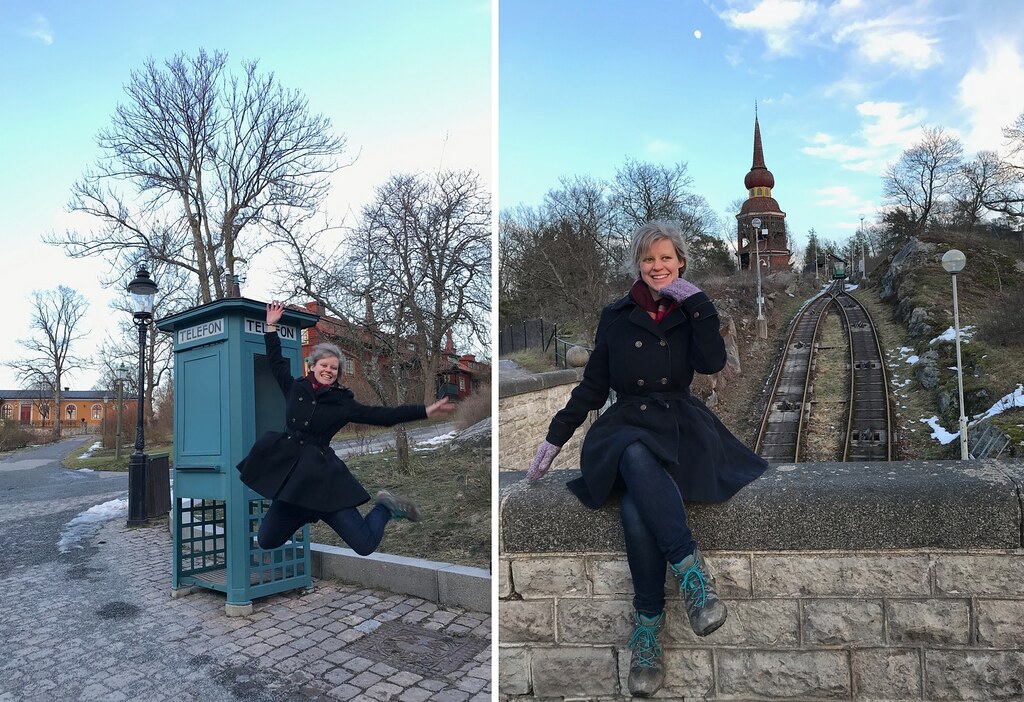 The sun was sinking low in the sky by this point, as being further north in Europe meant shorter daylight hours. We had half an hour until the museum’s closure, but the park remained open so we decided to head on in.

And we were so glad we did! We visited the old-style, traditional houses (and enjoyed taking numerous pictures) and you could venture inside some of them to see how people lived and worked. 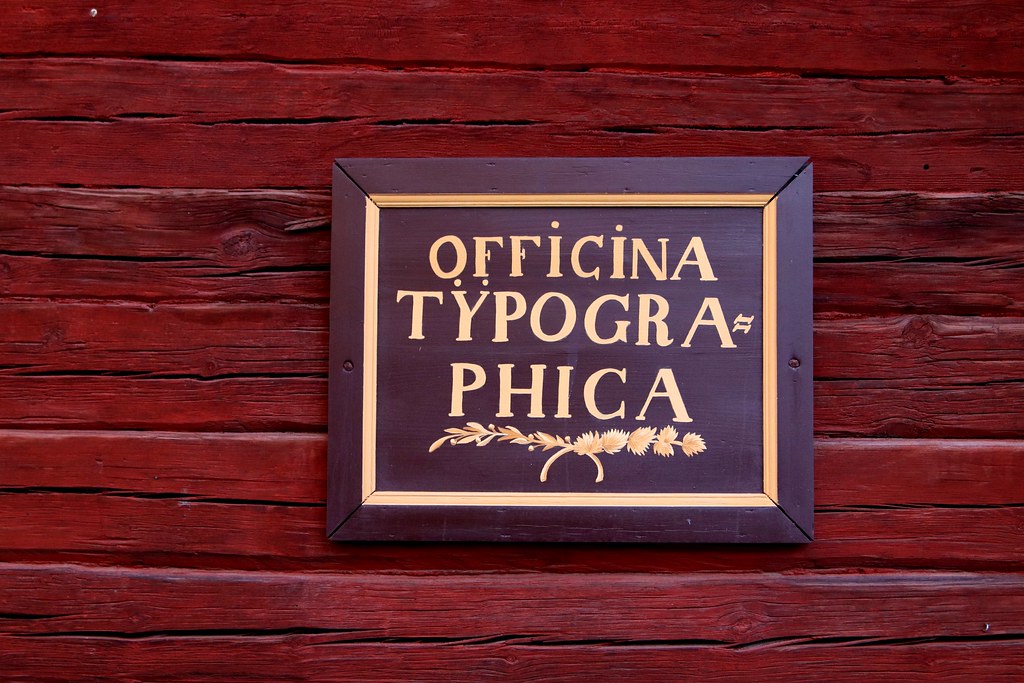 Although I will say that this was slightly awkward at points: are you supposed to talk to the people inside? Poke around or stand back and watch? And most unsettling of all was the chap I mistook for a mannequin, until he moved which was both surprising and disturbing. We backed out of the house hastily. 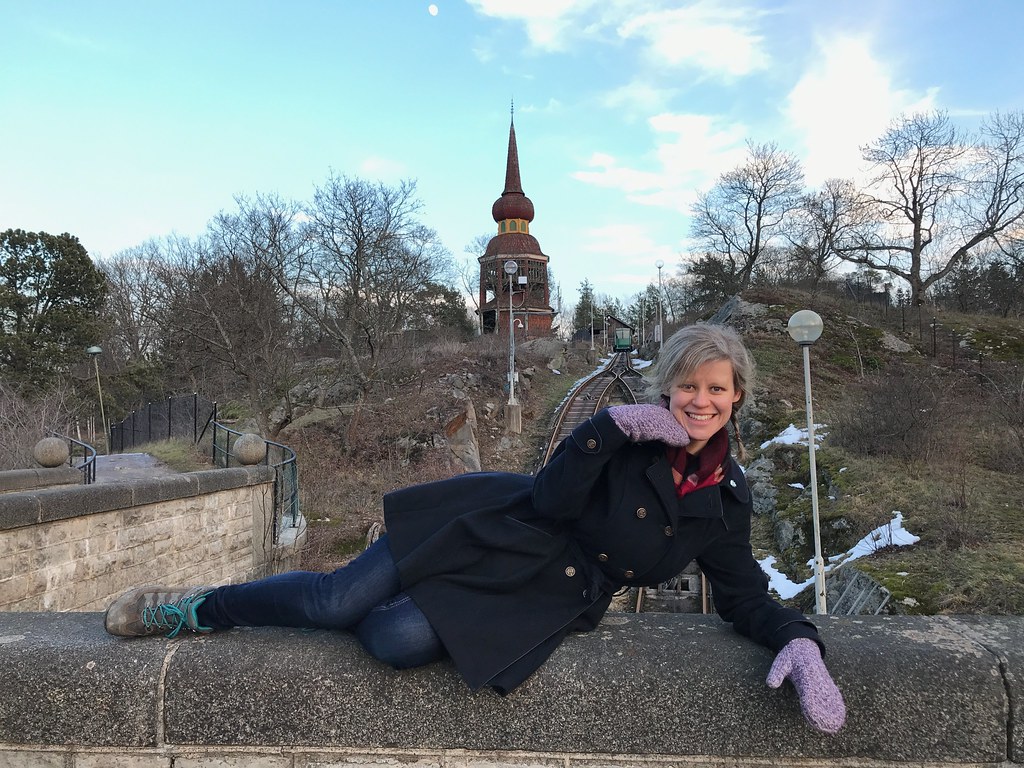 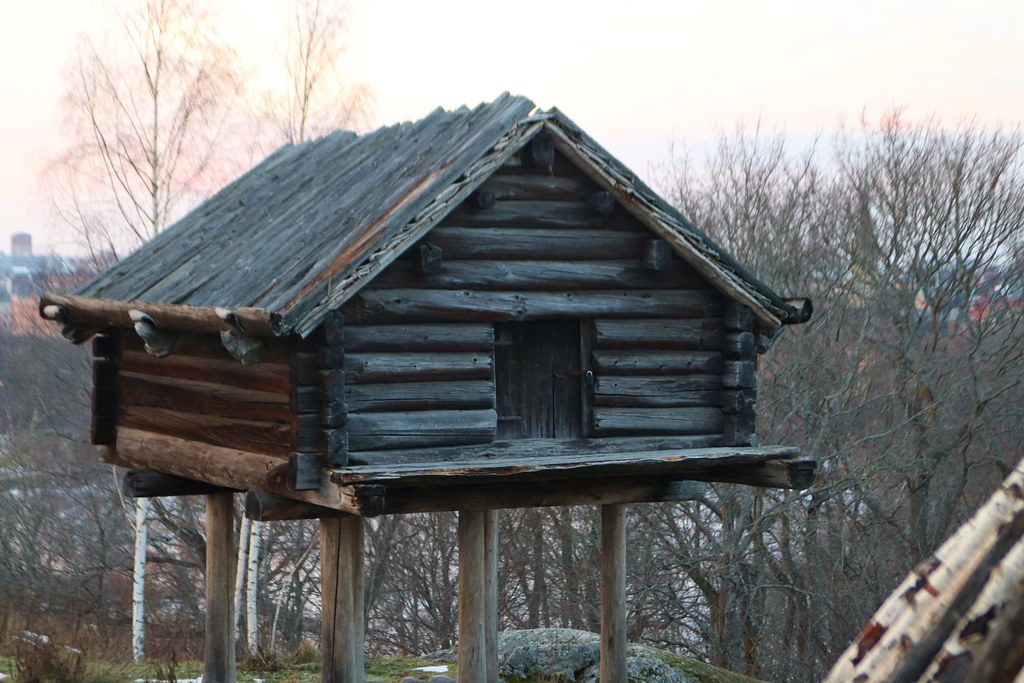 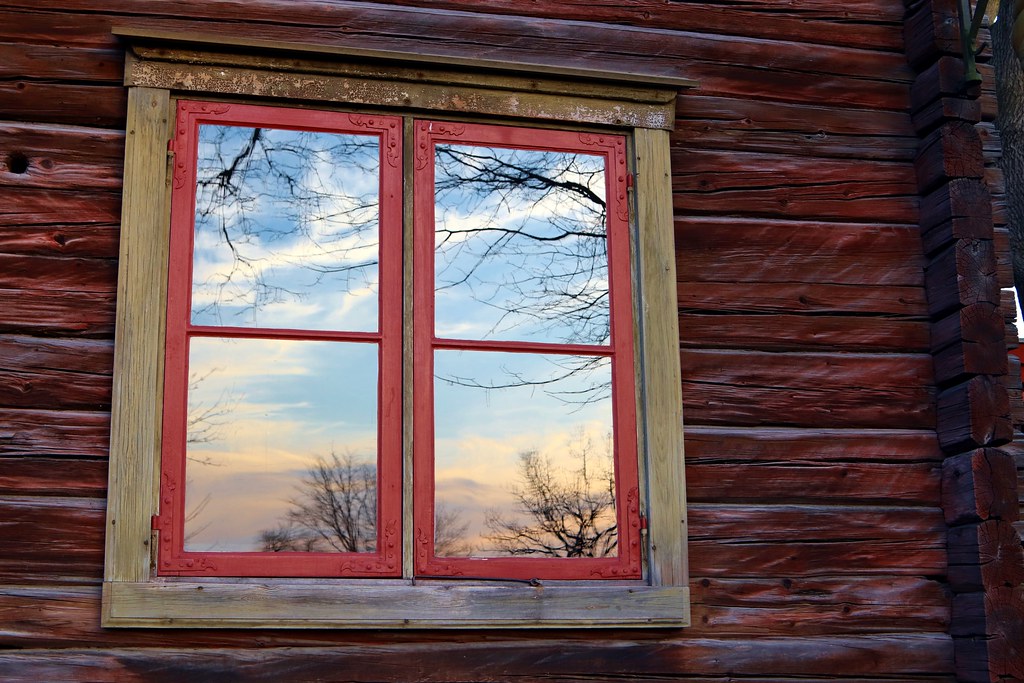 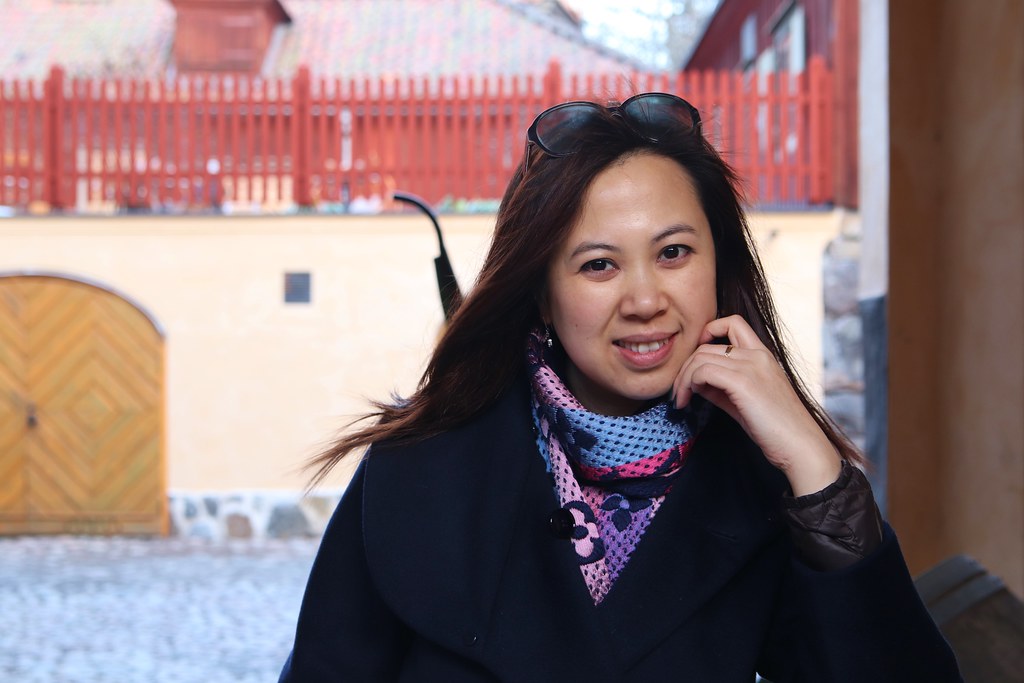 We strolled further into the huge park, sliding on icy paths, twirling around a vintage phone box, posing with my camera in a pavilion and admiring the sunset. 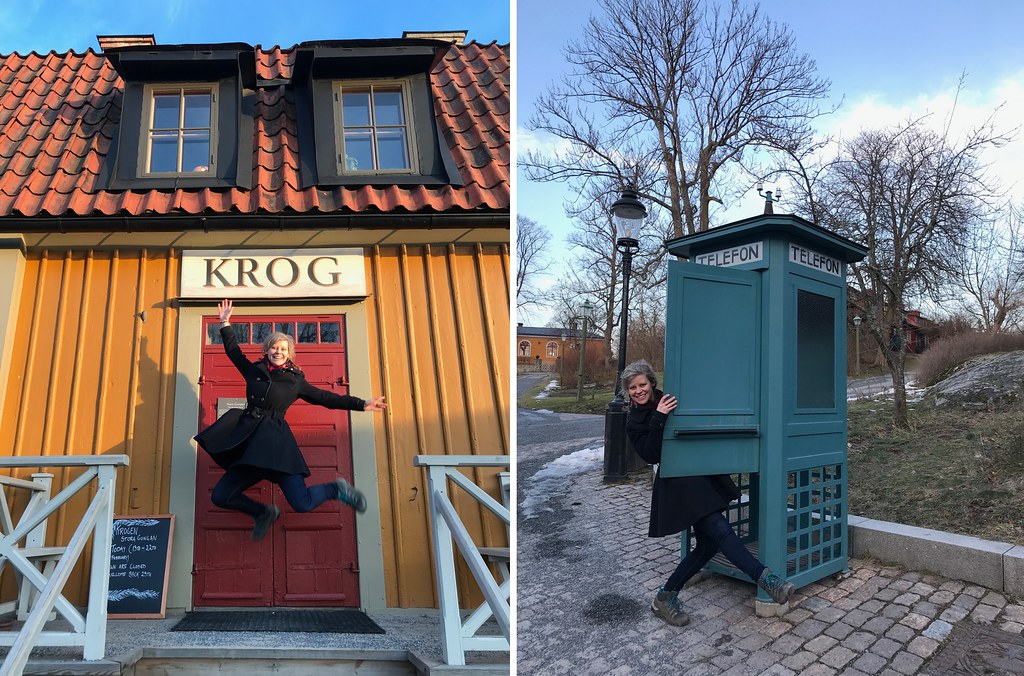 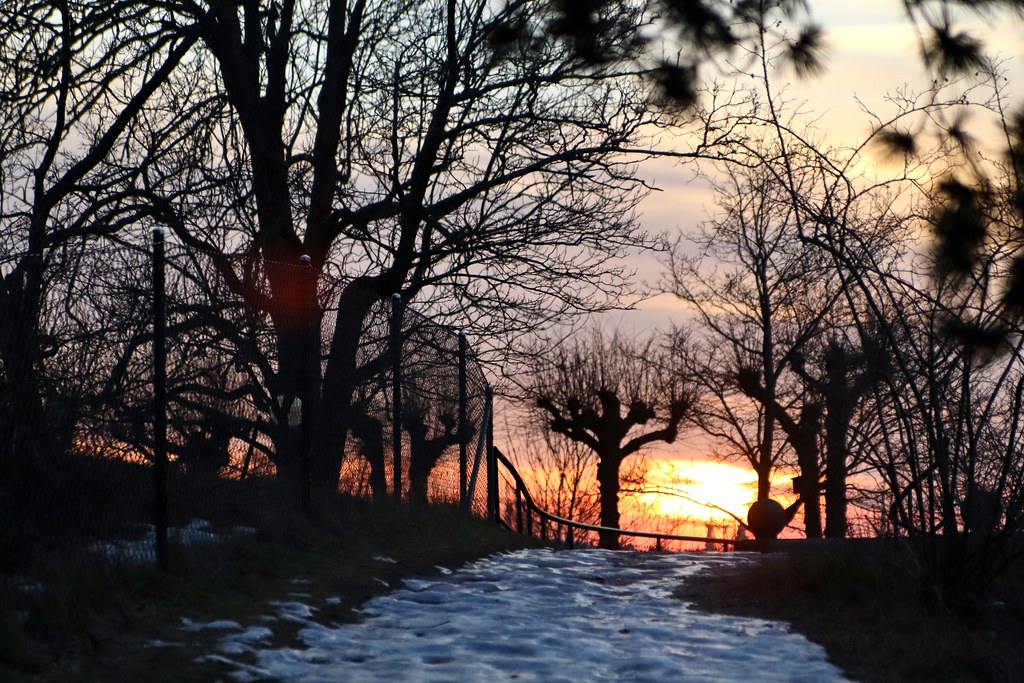 The dusk drew on and we spotted some of the animal inhabitants of Skansen. We met reindeer scraping at the snow with their hooves, seals sculling around in freezing-looking water and otters burrowing in for the night. 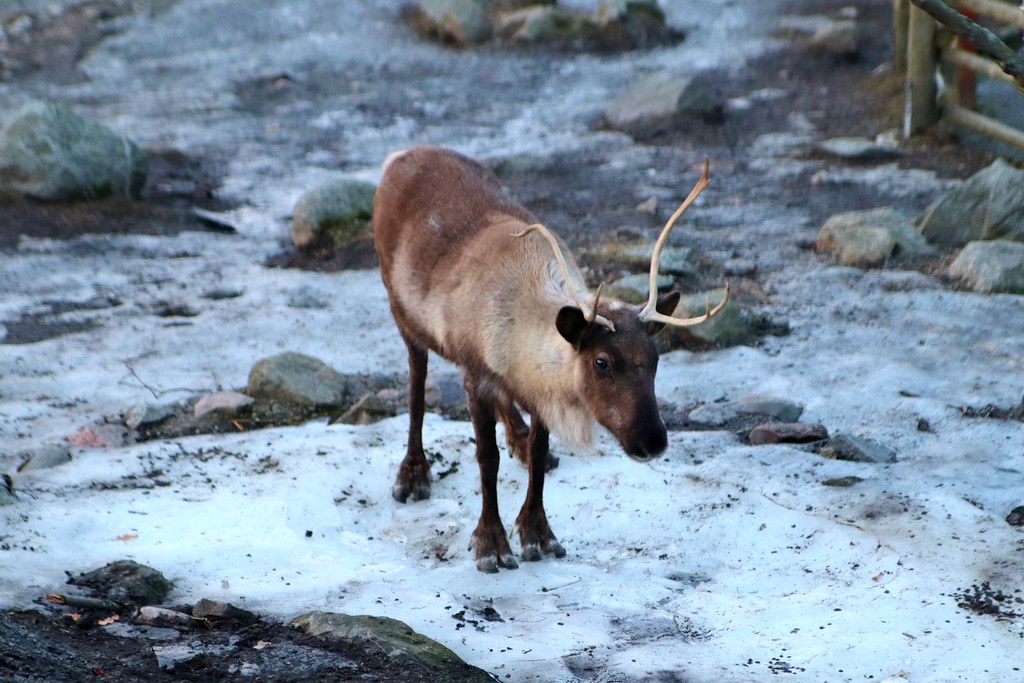 It started to get dark and so we made our way out of the park and went in search of a tram. With six minutes until the next one, we did hasty battle with the machine, emerging victorious and managing to hop the tram back to T-Centralen. It was nice to watch the city lights slide by, and we successfully navigated through the station on our first try to rock up back at the Radisson Blu Waterfront hotel. 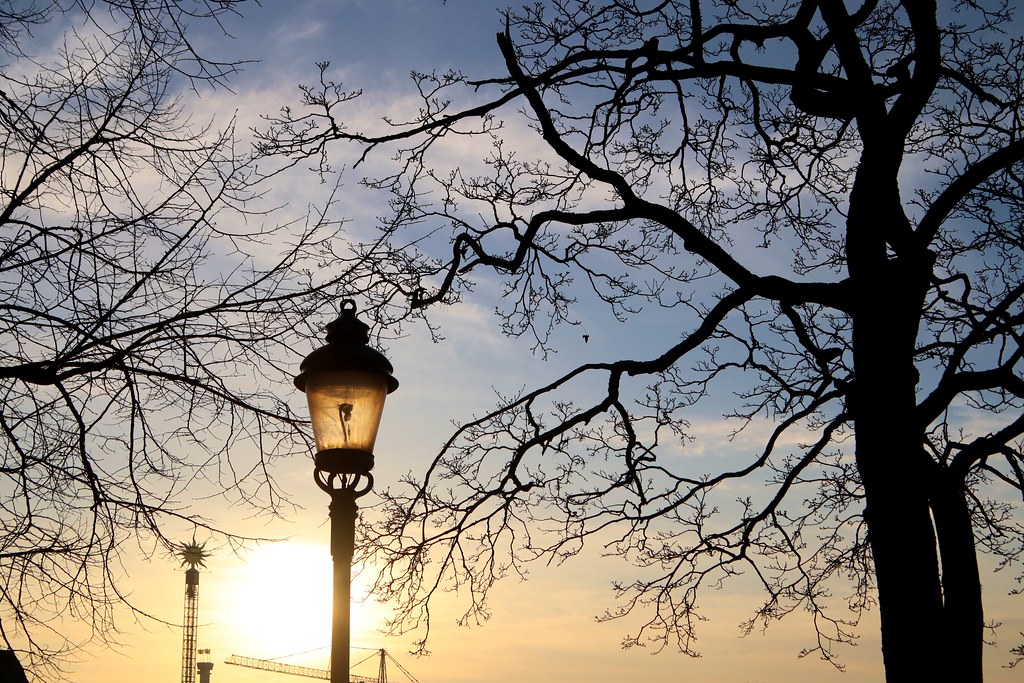 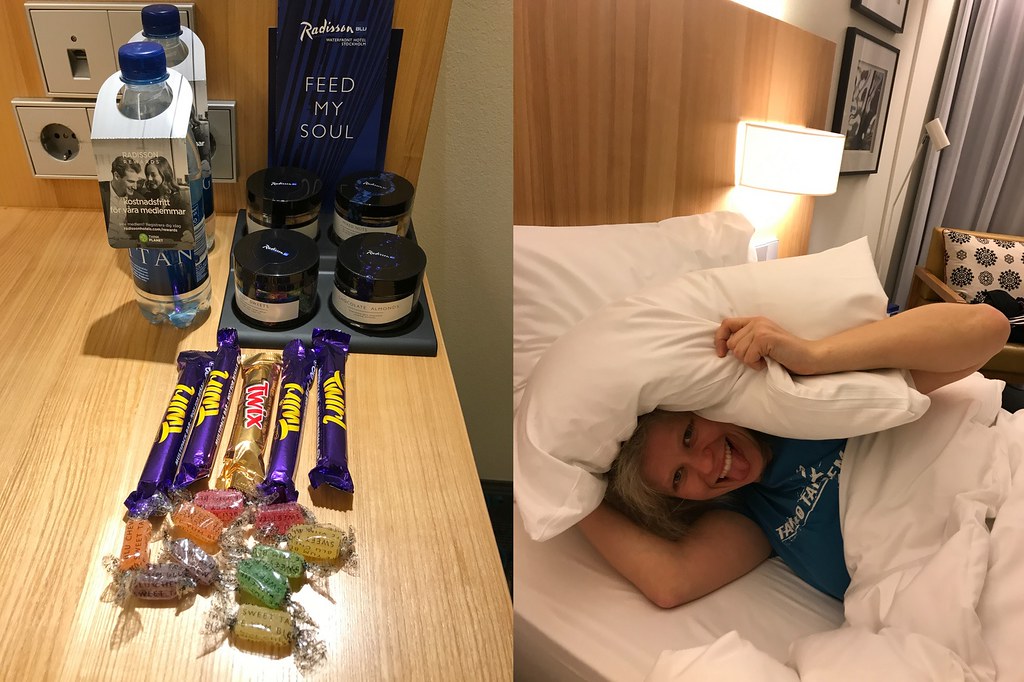 And ooooh, it was nice! They upgraded us to a water view room which was fab and it felt good to get back in the warm, get changed into a slightly nicer outfit, and chill properly for the first time since about 3:20am. Jeepers. The minibar was obviously overpriced, but Wendy had filled her pockets with free sweeties from the hotel lobby and I had nicked a few twirls off my students the day before (what they don’t know won’t hurt them) and so we supplemented the free tea and coffee with the makings of our own minibar. #travelhack #winningatlife

P.S. Stockholm is possibly one of the most beautifully photogenic cities I have ever visited. More stories and pictures will be forthcoming shortly!
Posted by Miss Smith at 06:30