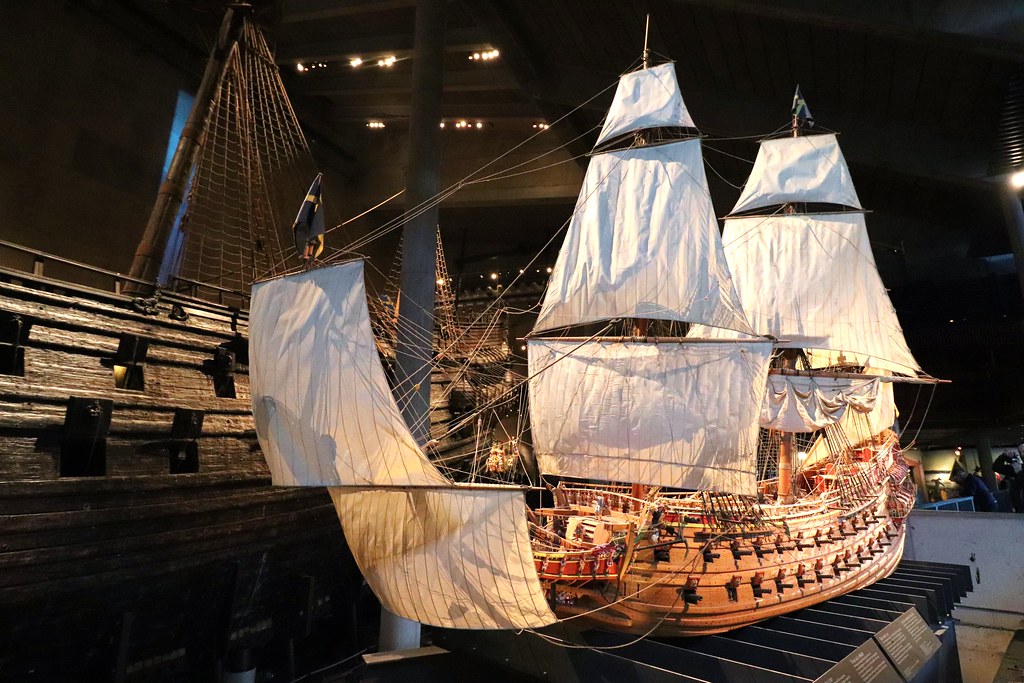 When Wendy and I spent our half term weekend in Stockholm, we decided to visit the Vasa museum as it had been recommended to us by several people. The Vasa museum had come recommended to us and once inside we could completely understand why: it houses a huge, 17th century Swedish ship which was sunk on her maiden voyage without ever leaving Stockholm. 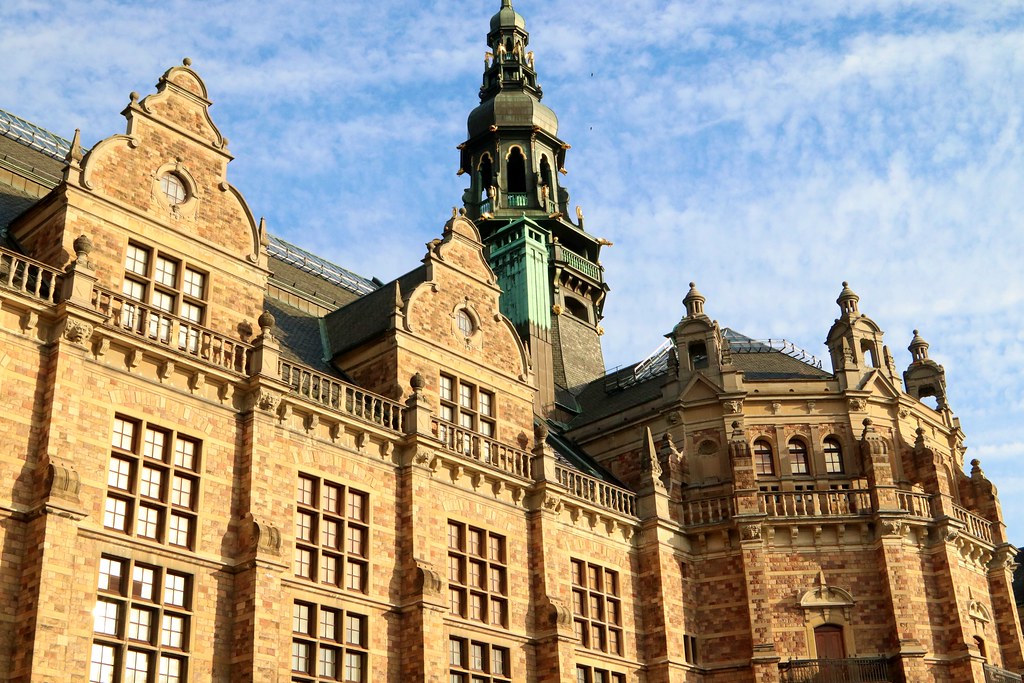 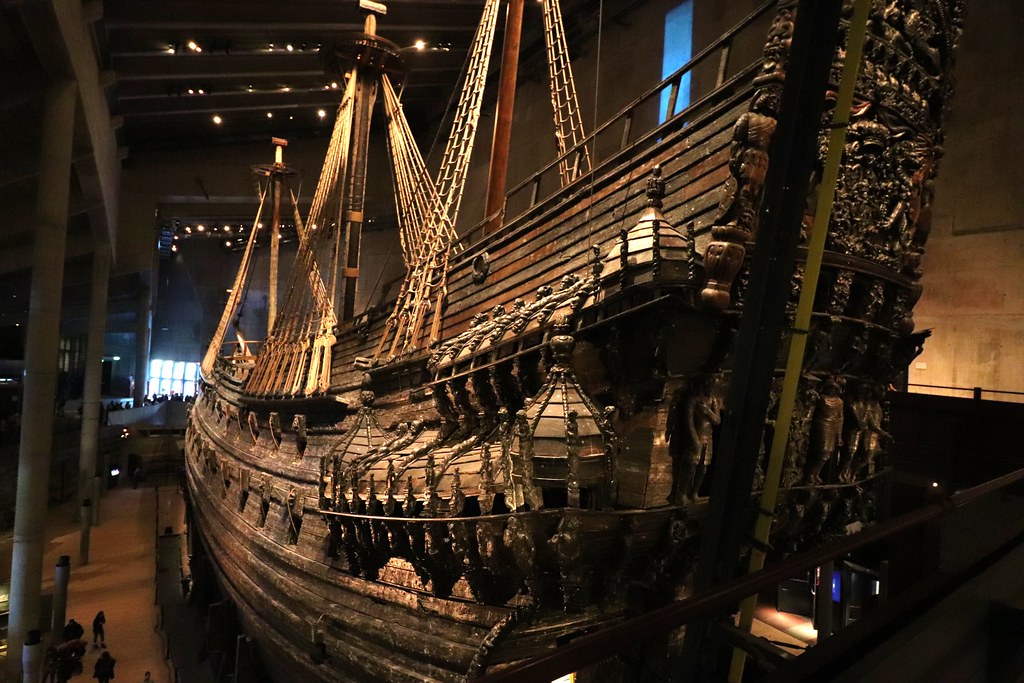 For over 300 years she had lain lost and half forgotten among the waterways which divide Stockholm’s islands, but then she was fished out, drained and cleaned in one of the most impressive restoration projects I have ever beheld: 98% of the structure is original. 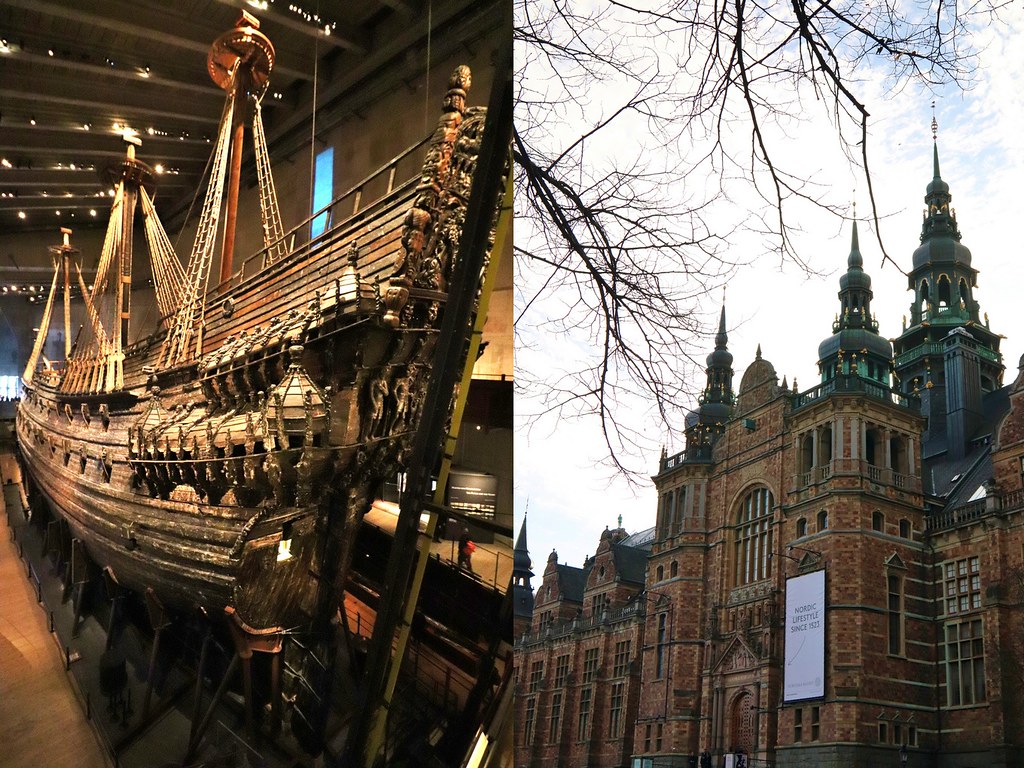 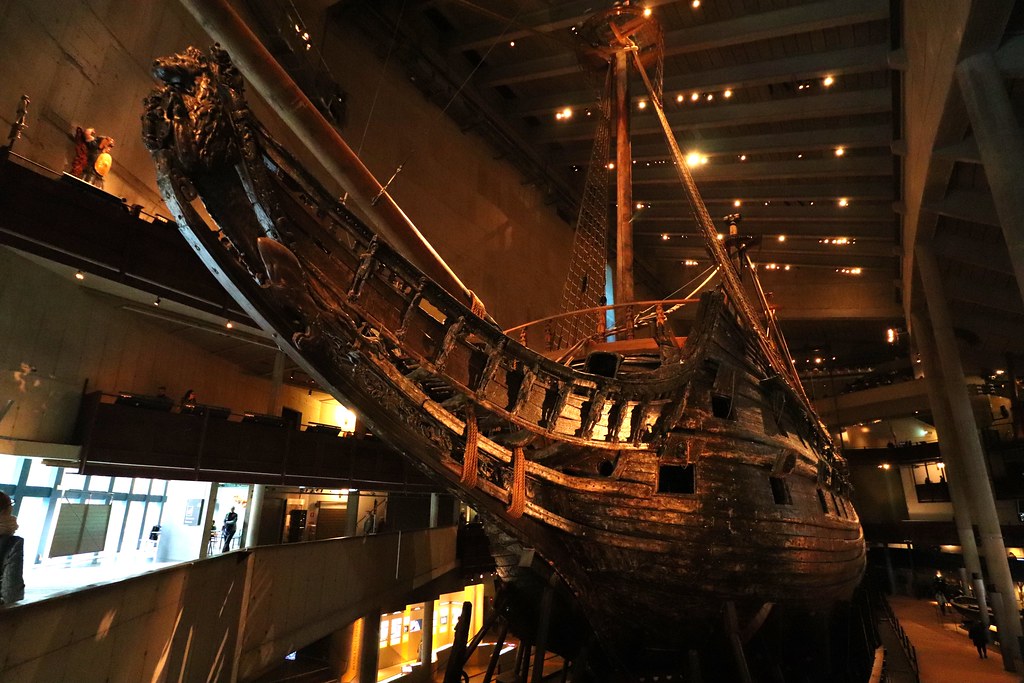 The structure looms out of an enormous, dim, temperature controlled vault and you can stroll around the ship as she towers over you. Massive and beautiful, it was such a brilliant experience to learn about a little of the history and see such a fantastic artefact restored to glory. 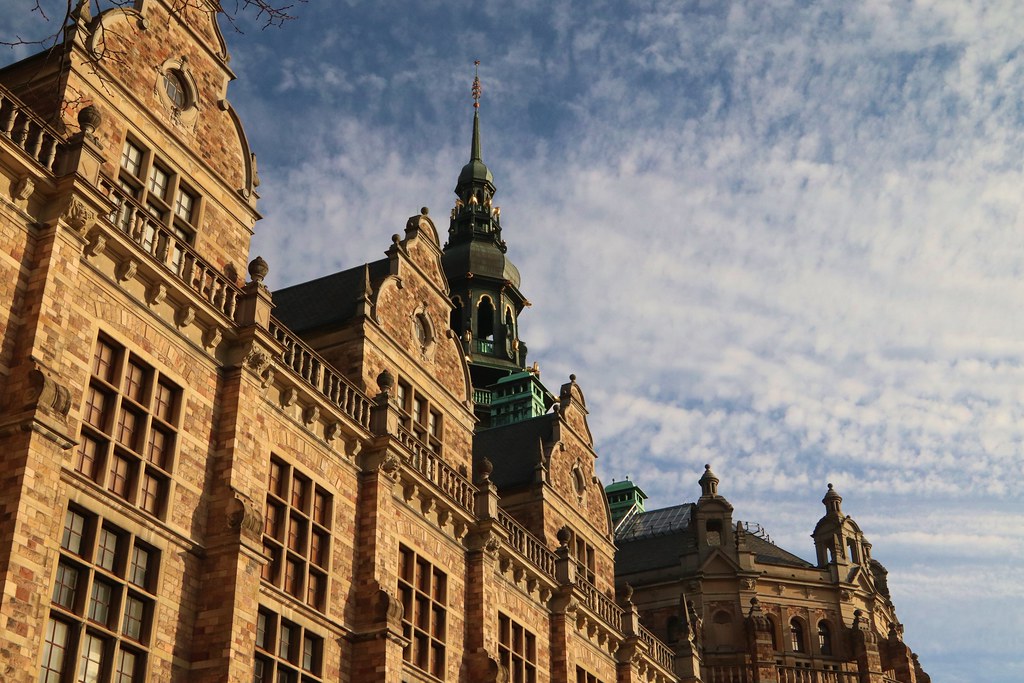 After a busy and exhilerating first day in Stockholm, we collapsed cheerfully through the door of our hotel room. However, we weren’t going to spend our precious three days holed up in our room, no matter how nice it was, so by 6:00pm sharp, we were changed and ready to head out for dinner. 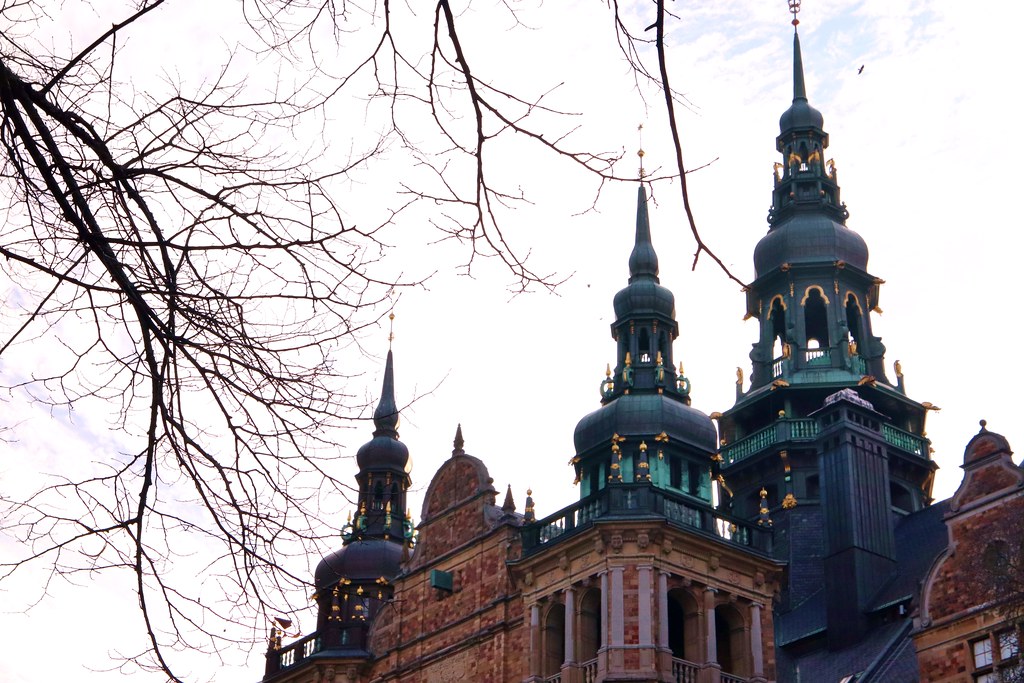 Wendy had found a restaurant called Tak on the internet. The restaurant isn’t on the internet you understand; it’s in Stockholm. But it came recommended, seemed to dish up great-looking Japanese food, had chill vibes (apparently), views over the city from its 13th floor location and a rooftop cocktail bar.

She didn’t need to sell me on it, so we had made reservation for 6:15pm for an early dinner, thinking we would probably be feeling sleepy after our early start. 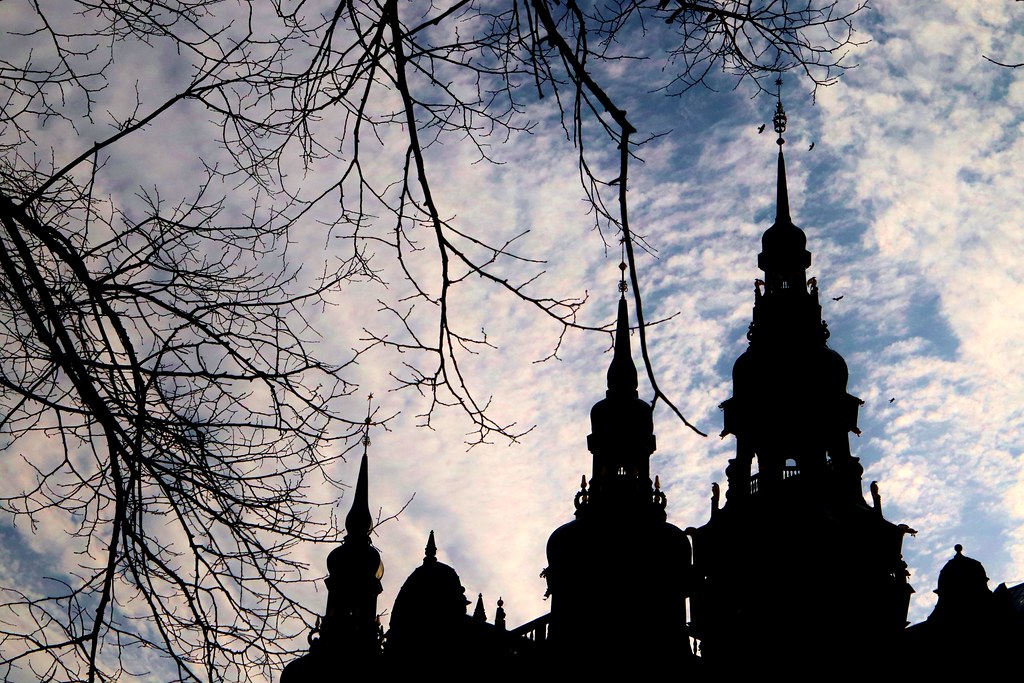 We wrapped up warm against the dropping night-time temperatures - despite the early hour it was completely dark - and found the right building despite being pursued once more by the floating blue dot of mystery which told us google had no clue where we were. 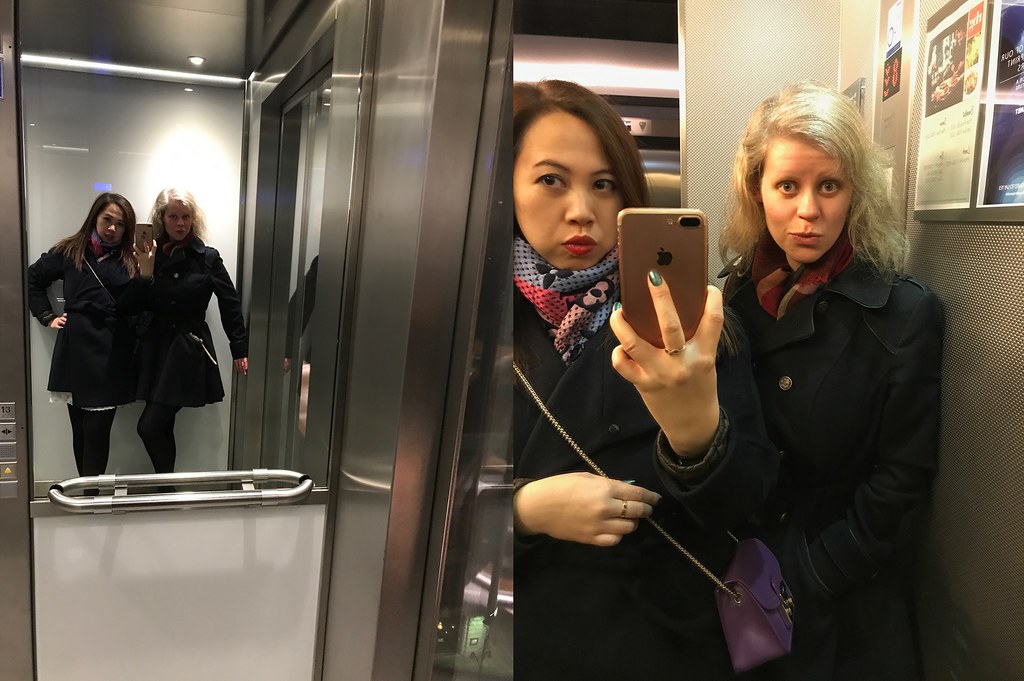 We rode the lift (Hiss, in Swedish, which I think is delightful) up to the 13th floor and came out into a lovely restaurant with the faint murmur of conversation, lovely soft gold decorations and tinkly music in the background.

We settled into our seats, perused the menu and accomplished the nearly impossible task of choosing a dish. The table next to us had somehow acquired miso soup which didn’t seem to be on the menu, but I determined to have some of that too. When the waitress came over, we enquired if we could get some soup; and oddly enough were told that the restaurant didn’t serve soup. They only dished up the items on the menu. 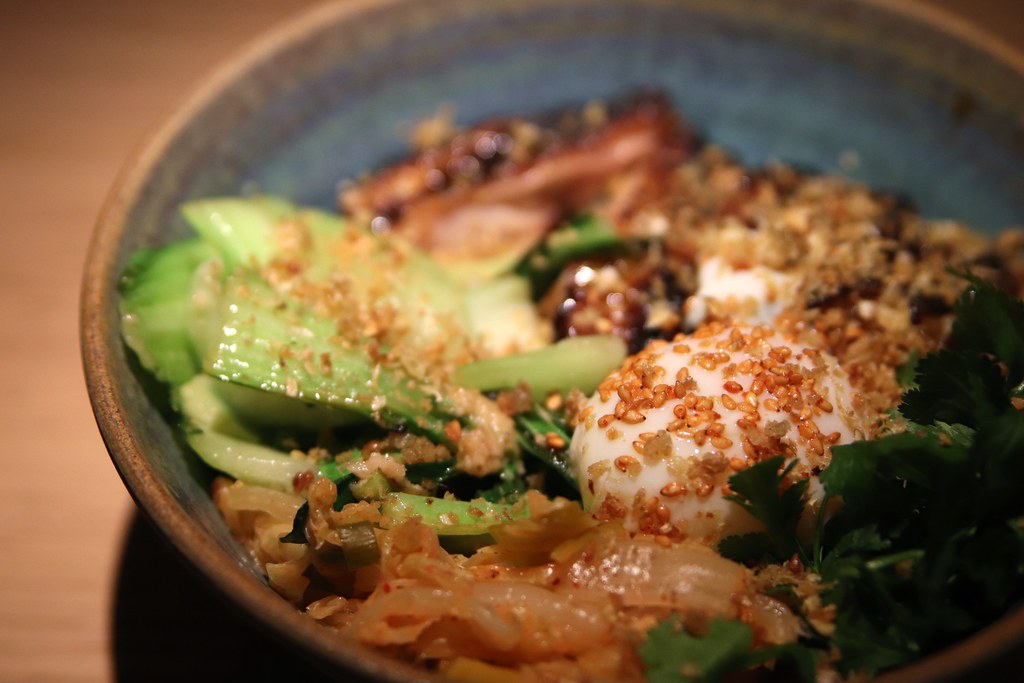 So we both ordered the chicken donburi and the waitress told us it came with a complementary starter of miso soup. Go figure; I think something got a bit lost in translation there. The food, when it arrived, was delectable: soy marinated chicken thigh with pak choi, kimchi, crispy garlic and a just-set soft egg with a gloriously runny yolk on a bed of rice and all dusted with fabulously crispy garlic. It was the idea of crispy garlic that cliched this on the menu for me and it did not disappoint!

The food disappeared rapidly and we chatted and reminisced about our day and made plans for the morrow. We also decided to make a habit of splitting dessert, following our lunchtime success. 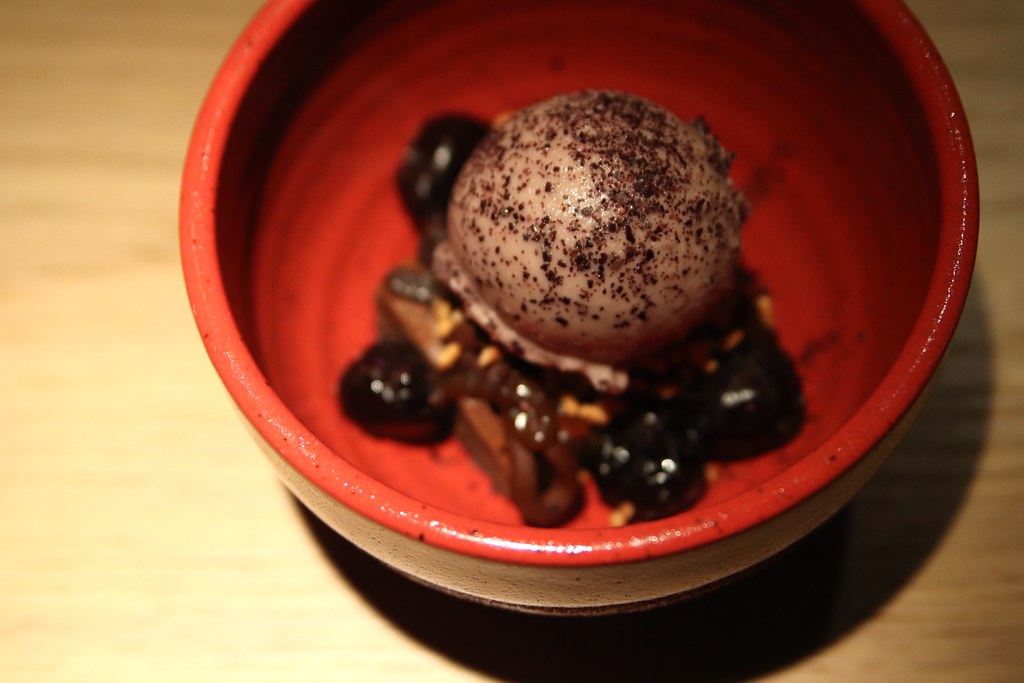 When our dessert arrived - which we duly shared in a ladylike fashion - it was delicious and the flavours were surprisingly interesting. The base was a liqueur-soaked brownie topped with yuzu caramel, amaretto cherries, puffed rice and black rice ice cream. To die for. Or better yet, to live for, especially as the ice cream had a slightly salty, almost savoury flavour that cut through the sweetness of the other elements.

I chased my food with a pot of green tea, and Wendy ordered a fruity mocktail; but bobbing in the top were several ice cubes. Disappointing, as we have already learned that Wendy does not like ice in her water. 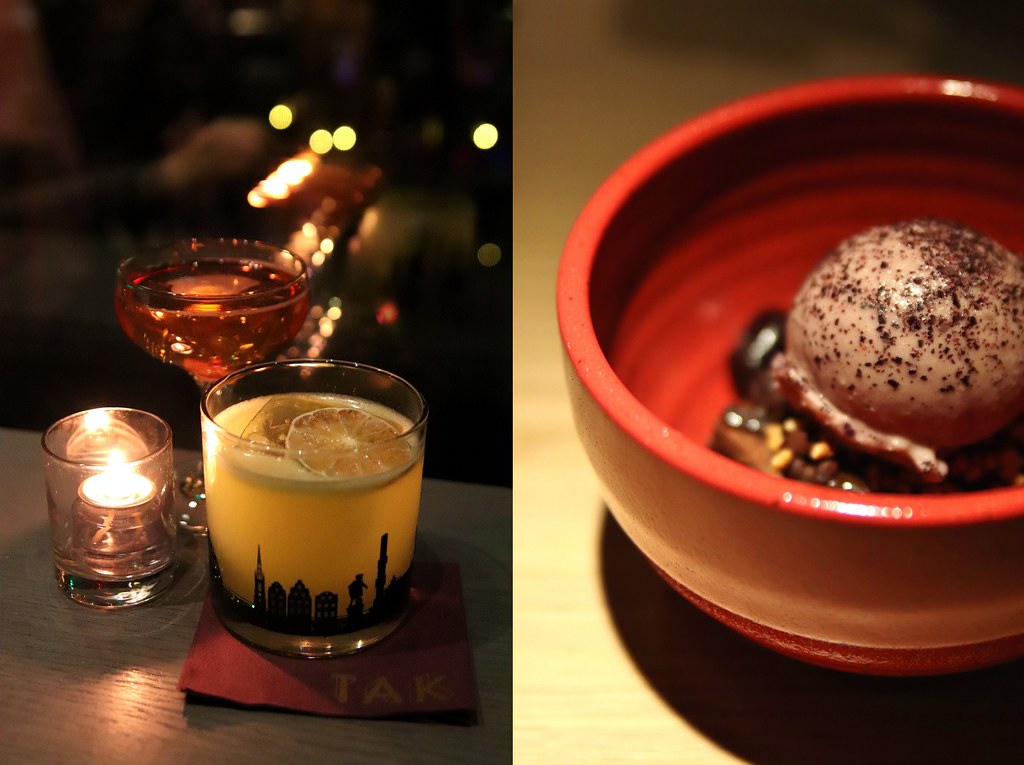 Dinner consumed, we wandered up to the rooftop bar in search of a cocktail to crown the night. I can’t recall the name now, but mine was apple, ginger and mint-based and an impressive shade of green to boot, served in a glass with city-skyline silhouette. We sipped our drinks, looking out over night time views of Stockholm, and giggling like school girls as we texted a new boy for Wendy. Fun!

Eventually our early start began to catch up with us, and we left, Wendy casually pilfering my pretty cocktail glass as a souvenir and hiding it in her hat. 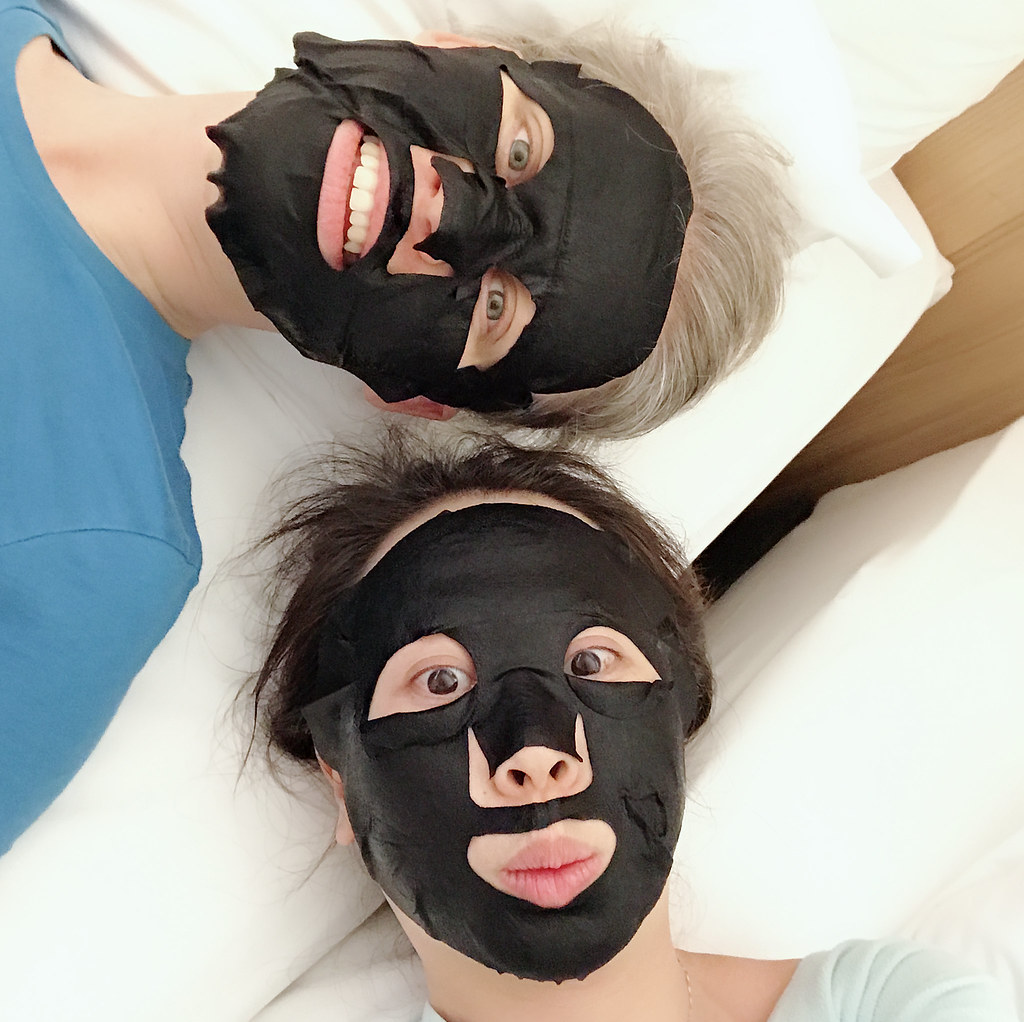 We traversed the now-much-colder city streets and arrived back in our hotel, immediately jumping into cosy PJs and snuggling into thick, white duvets. Wendy had brought a Korean face mask for us each and we crowded the bathroom mirror, applying each of the three stages and then collapsing back onto the beds to let them work as give ourselves radiant, youthful glows. Hard work when you’re functioning on minimal sleep. 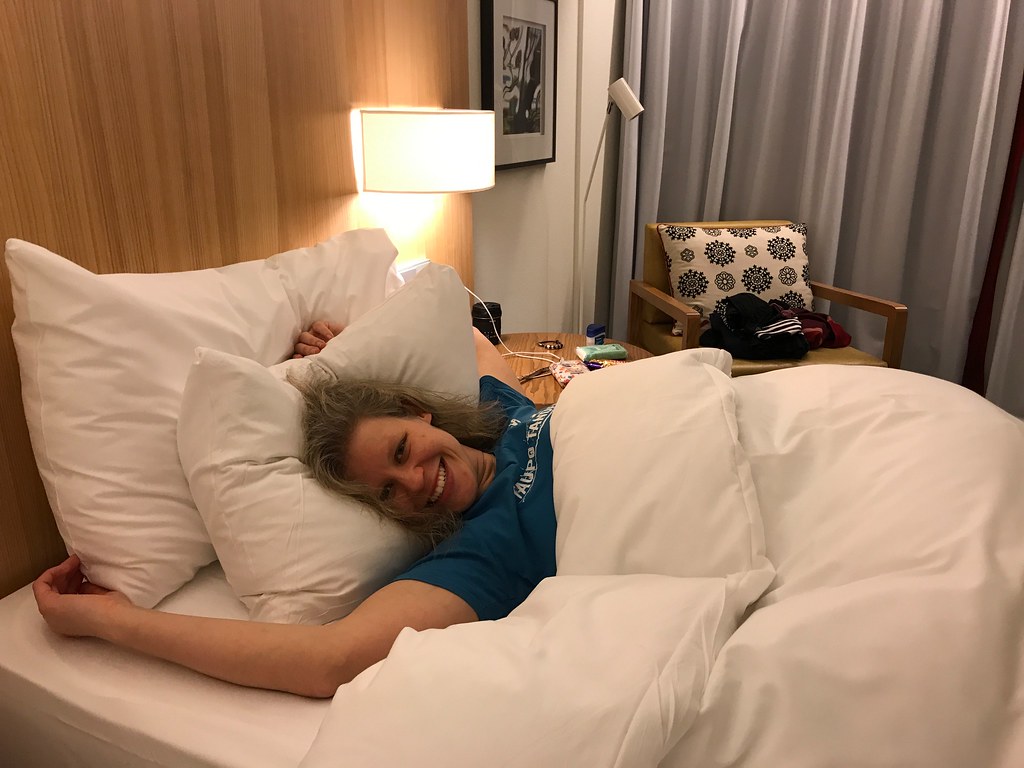 As midnight approached, we set an alarm for 8:00am (may as well get up and get cracking) and I fell asleep very happily indeed.

P.S. Reminiscing about this trip is making me keen to do another European hop somewhere. Any suggestions?
Posted by Miss Smith at 13:00